“You’re from Vancouver?! How did you end up here?”

It’s almost as if people are disappointed that someone’s let out their best-kept secret. Quebec’s popular summer vacation spot, a tiny archipelago barely visible on a map, accessible only by ferry from PEI or by prop plane, is already pretty full in the summer. (I’m here at the very tail end of their season, the crowds having thinned out before everything closes.) Already well-known everywhere east of Quebec, the islands remain practically unheard of to most of us folks west of Ontario. Being strongly and primarily francophone gives it even less visibility out west, I’d assume.

So what’s the big deal?

A twelve-hour plane-hopping journey from one coast to the other, my arrival was unceremonious and in the dark of night, arriving at 1am with no taxis at the airport. Barely minutes in and I already receive the famed hospitality of the islands — a stranger, picking up another passenger from my final flight, sees me looking confused and offers to go out of their way to give me a ride to my hostel. I’m extremely grateful — I certainly wouldn’t have been able to walk the distance, let alone find the place down a gravel side-road in the dark. Disoriented, jet-lagged, and forcing myself to speak a ragged out-of-practice French, I’ve lost all sense of place in my own country.

And then I wake up the next morning.
END_OF_DOCUMENT_TOKEN_TO_BE_REPLACED

Nunavut is the size of Western Europe or all of Mexico, comprising 20% of Canada’s landmass. A statistic like this would typically suggest millions of people, heavy attention on the world stage, and significant development.

But we’re not talking typical here. There are no roads into Nunavut, nor are there roads between any of the 25 communities that make up its town-like population of 35,000 (<0.1% of Canada). Majority Inuit, proudly part of Canada yet largely disconnected from the national conversation, it feels like a different country. Maybe even a different planet: the landscape looks like Mars. No amount of Canadian flags, Tim Hortons, or TVs playing “southern” content can change that. Up here, people pay attention to what’s going on down south, but I can’t say that many of us down south do the same for the north. I found myself needing constant reminders that I hadn’t left the country, even with the words “us foreigners” once slipping out of my mouth. It’s hard to absorb how drastically different Canada can be from coast to coast to coast.
END_OF_DOCUMENT_TOKEN_TO_BE_REPLACED

End of the road

It’s a lonely, loud propeller plane ride from southern Canada up to Yellowknife. The cities disappear, the Rockies, the roads, the farms and plains of Alberta, and then… no signs of civilisation. You see the familiar Canadian Shield out of the window: bedrock, bogs, short trees, and a million lakes. Like a random map generator, it’s endless permutations of taiga (or boreal forest if you prefer). Then all of a sudden, Yellowknife.

Despite being so far west, in terms of travelling east, Yellowknife is basically it. It’s the easternmost territorial city connected by road to the rest of Canada. (Never mind the fact that across Canada’s three territories, only their capitals are cities, and they’re all pretty small! Yellowknife’s just under 20,000 people, containing roughly half of NWT’s population.) Other tiny settlements east are accessible by ice road in the winter, but the summer? Good luck with that.

So let’s stock up and head east! Wait, whaa?
END_OF_DOCUMENT_TOKEN_TO_BE_REPLACED

One year on since officially returning to Vancouver, it still feels like I just returned mere weeks ago. While I’ve fondly been looking back at the last two years on the road, I’m quite happy to stay put, and having experienced everything I hoped for and more out of my sabbatical, the transition back to a non-travel life hasn’t been hard at all. It’s nice to feel like a normal person again rather than the visitor in town, and I’m enjoying the simple things — seeing the same people regularly, being able to follow TV shows, cook, try out restaurants around town, check out live music, or even just do nothing at all. It’s even nice to hold a regular job again, though of course I lament the loss of free time and spontaneity. That’s probably the only “hard” part.

I can’t even figure out where I want to go next, or when. But you know… here’s not so bad at all.
END_OF_DOCUMENT_TOKEN_TO_BE_REPLACED

Then again, what’s another 1200 km?
END_OF_DOCUMENT_TOKEN_TO_BE_REPLACED

The first thing that comes to mind when I think of Cape Breton is the Cabot Trail. What I totally didn’t realise was that the Cabot Trail runs through the Cape Breton Highlands National Park, and that there was anything other than a scenic drive. I also had no idea that the whole scenic drive could be done in maybe three hours — but there’s plenty to keep you around for far longer, as I realised — and after Newfoundland, that’s a pretty short drive!
END_OF_DOCUMENT_TOKEN_TO_BE_REPLACED

Canada can easily be summed up as “vast”: giant spaces with people scattered across long distances. Having spent the majority of my life in Canada’s big cities, however, has masked this reality to me. On the other hand, renting a car and driving across Newfoundland has now redefined the meaning of what a “long drive” is: hundreds of kilometres where you’re lucky to even find a gas station or restaurant within an hour’s distance.
END_OF_DOCUMENT_TOKEN_TO_BE_REPLACED

After the cod moratorium decimated Newfoundland’s primary industry, people left. Many went off to the oil patch out west in Canada, while many stayed in Newfoundland but left behind the outports — isolated fishing communities — they grew up in.

In a time like this, it’s heartening to see some outport communities thriving in new ways. Fogo Island gets all the attention and most of the tourists, due to favourite daughter Zita Cobb (a multibillionaire tech executive) throwing in a ton of money into creating a luxury hotel (which I admittedly find ugly) and some other architecturally daring buildings scattered around remote locations on the already-remote island, inviting artists from around the world to take up residency — I managed to visit one by fortune, with German black-and-white-watercolour artist Silke Otto-Knapp opening the door allowing us a view into her beautiful, though somewhat impractical, studio where she was working on several new pieces. The island’s many towns have managed to stave off federally-imposed forced relocation, and have successfully attracted international attention and visitors that shore up plenty of jobs for locals.

On a completely different note, Fogo Island is also believed to be a corner of the Earth by the Flat Earth Society. Okay.

Still… it was the neighbouring island and its sole town of Change Islands that truly captured my heart in the mere two days (minus the daytrip to Fogo) I was there. Far more tranquil and quiet, I got completely lost upon arrival and managed to drive down every single road on the islands. Not that I minded at all! Around every corner or hillcrest was yet another breathtaking scene of coastline and houses and shacks hanging over the edges, and every person I passed by — kids, adults, seniors — gave a friendly wave. But between B&B owner and Ontario-transplant David and his partner, Massachusetts-transplant Carl and his son Adam, and their local friends Basil and Cherry, I received an overwhelmingly immediate warm welcome. Nothing like a lovely dinner, sunset boat ride around the islands, great conversation, a fine view, and some good reading material to while away the evenings! 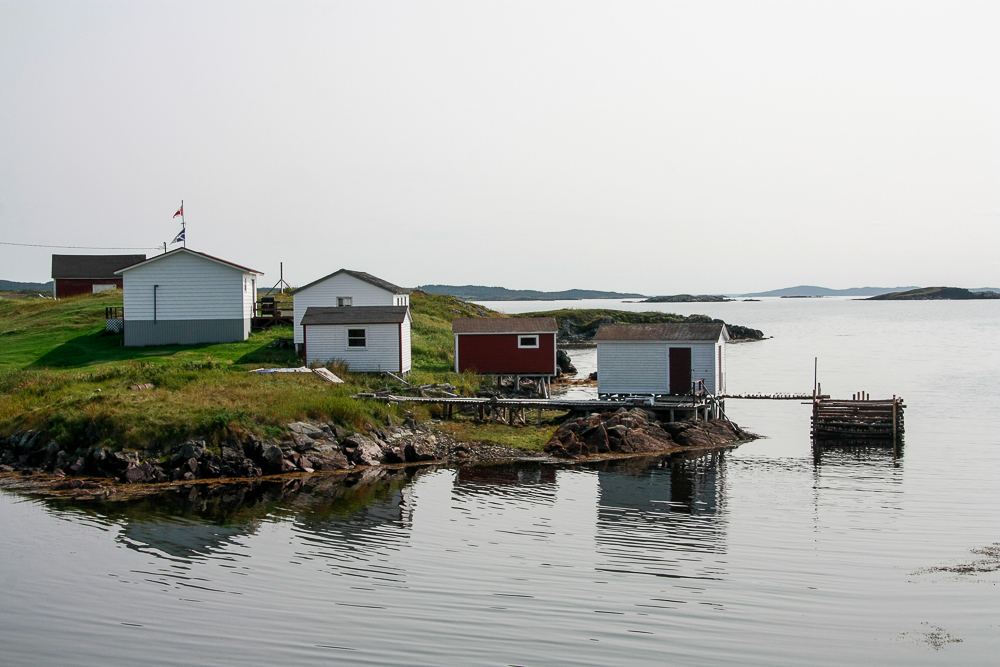 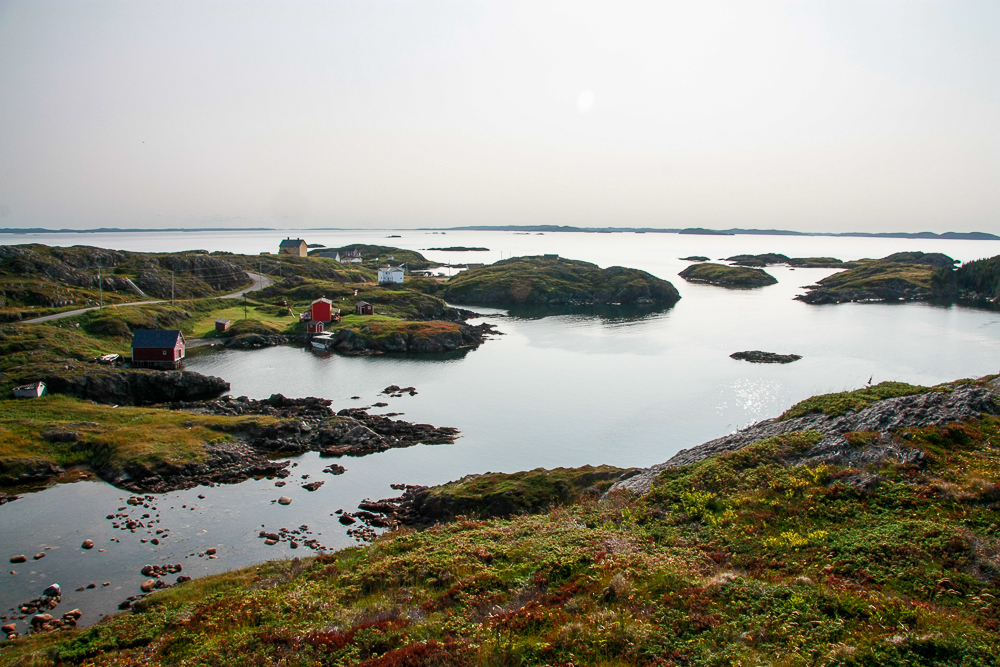 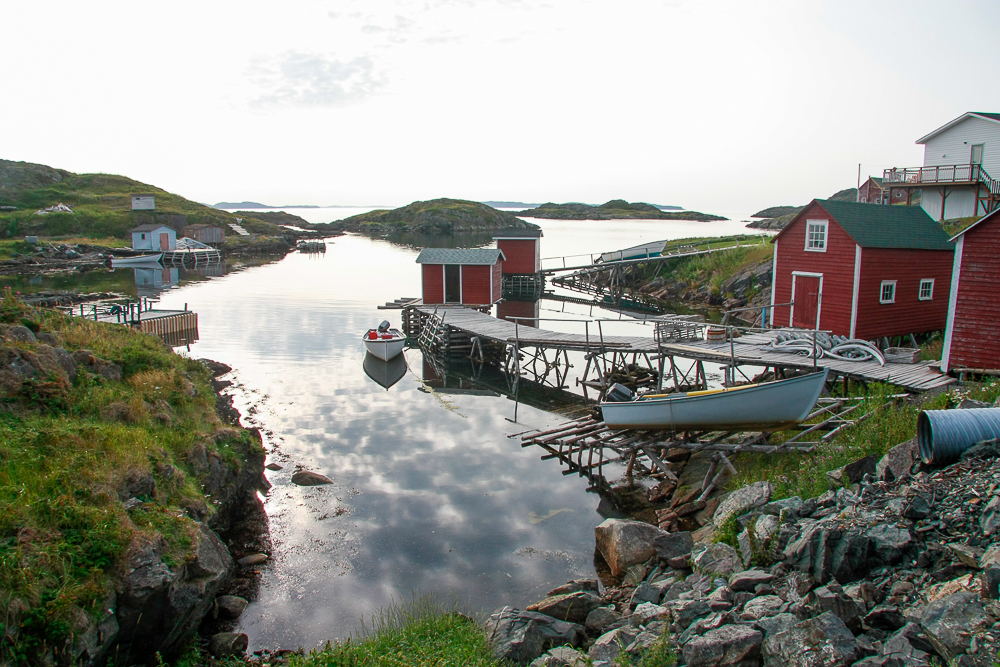 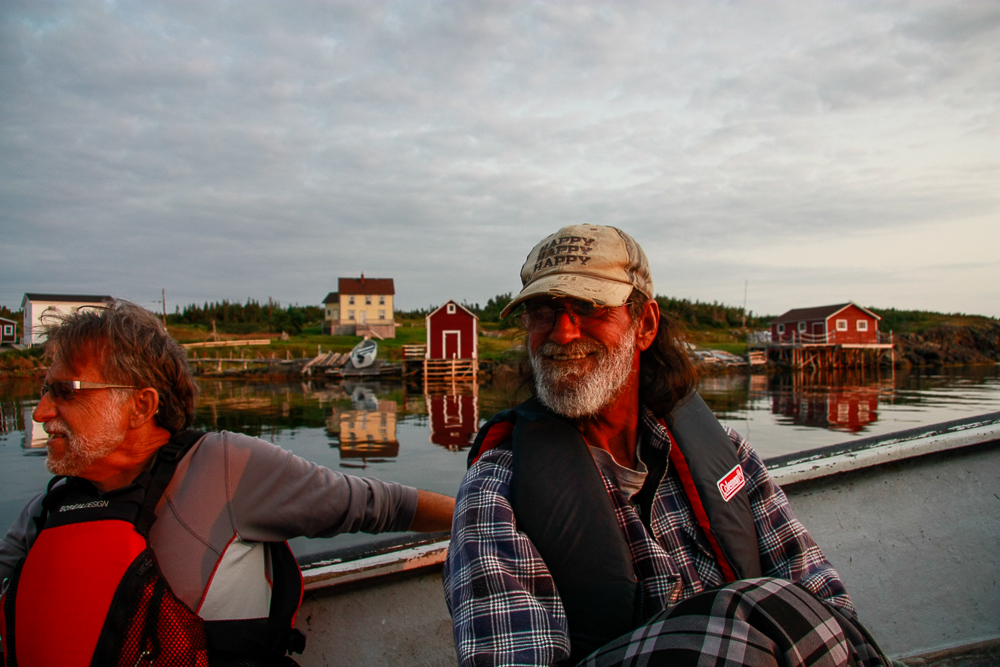 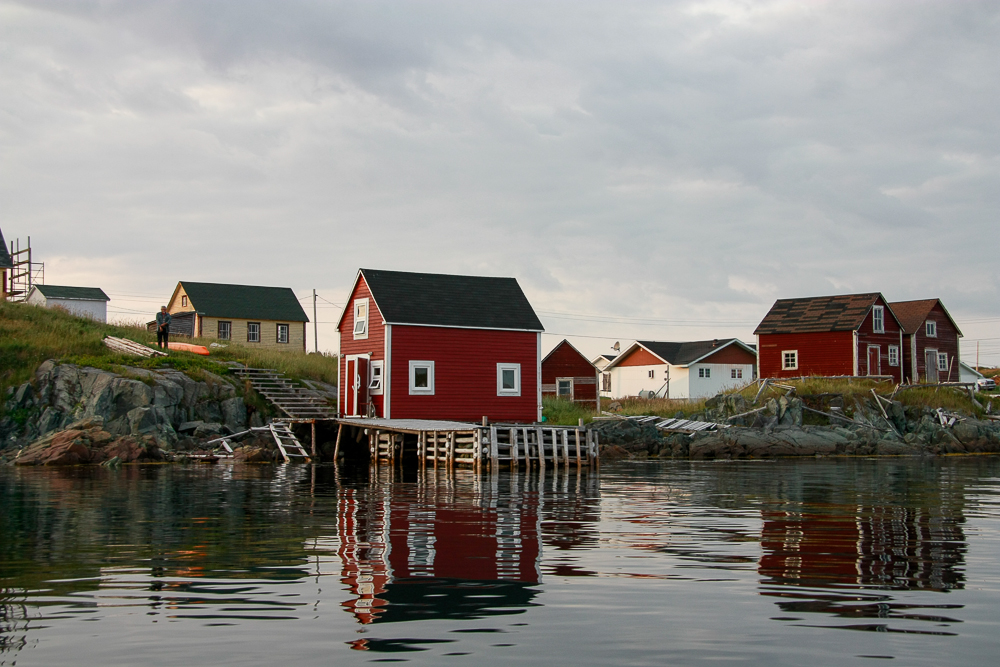 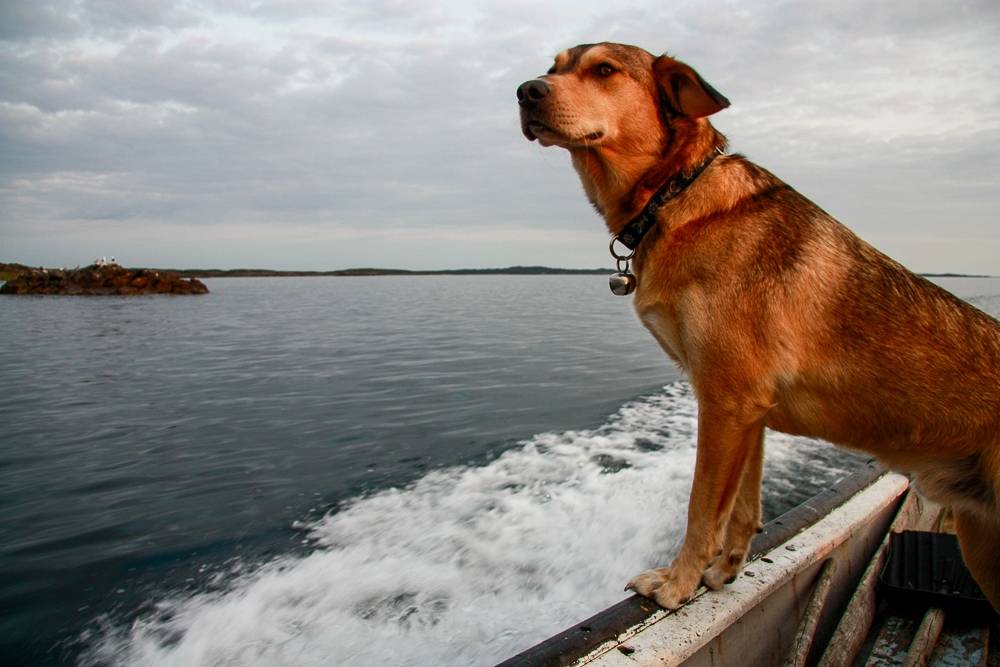 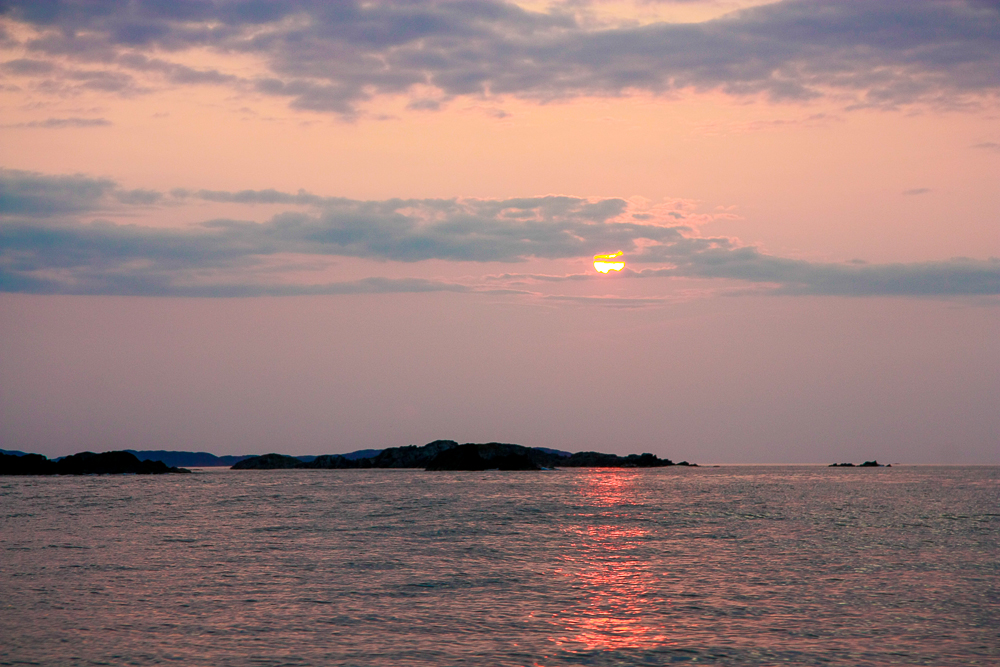 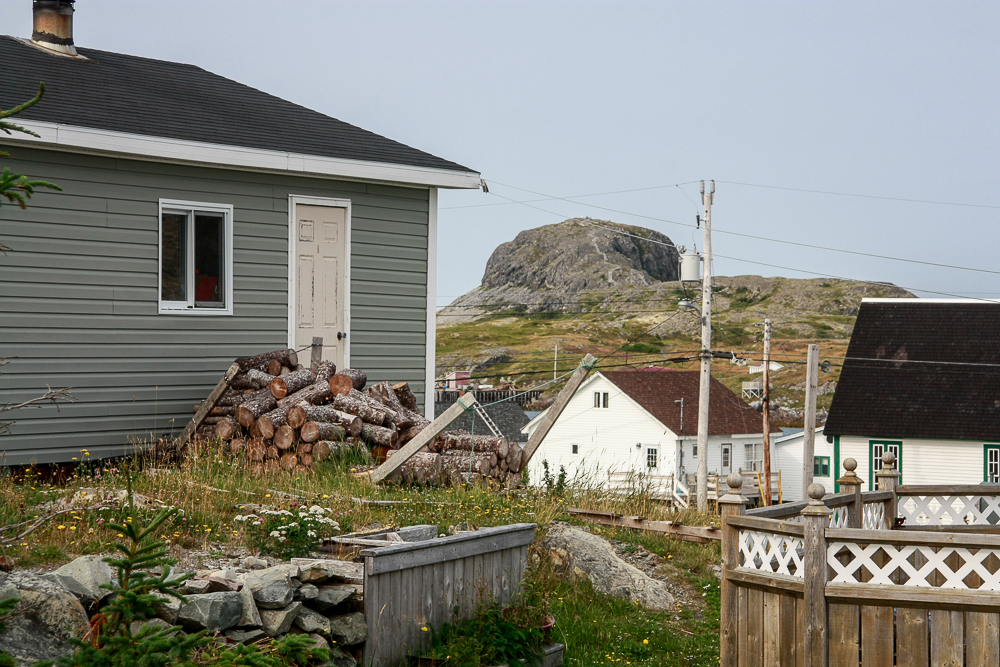 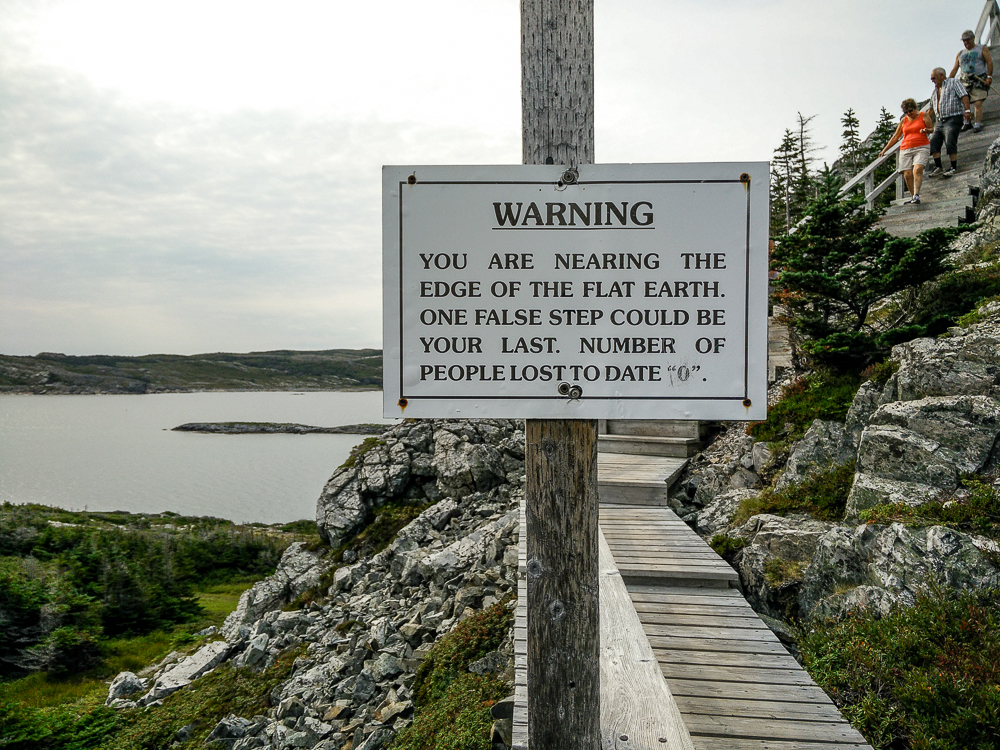 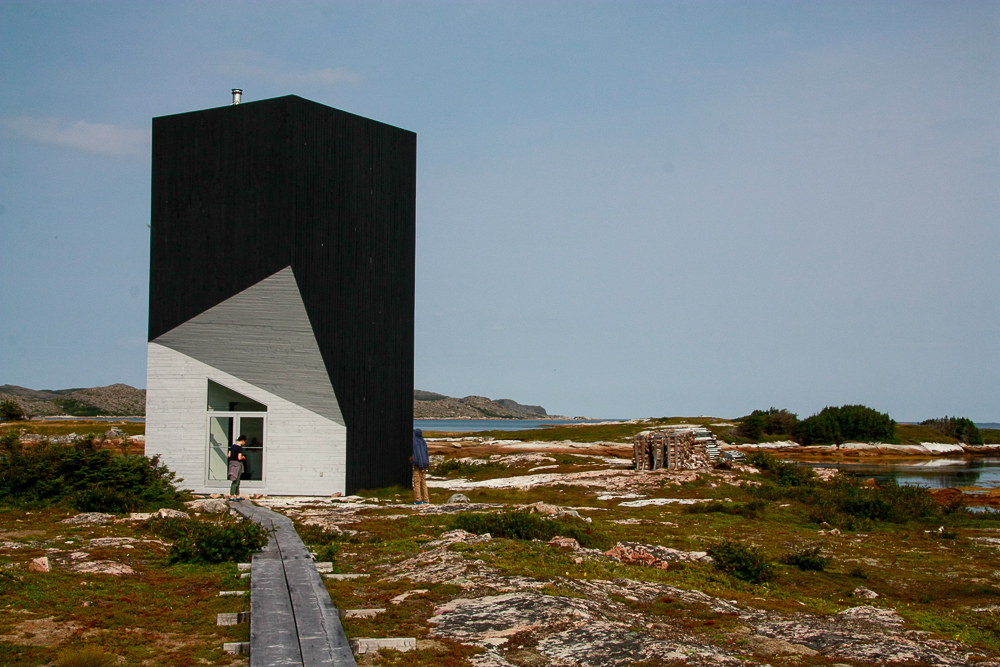 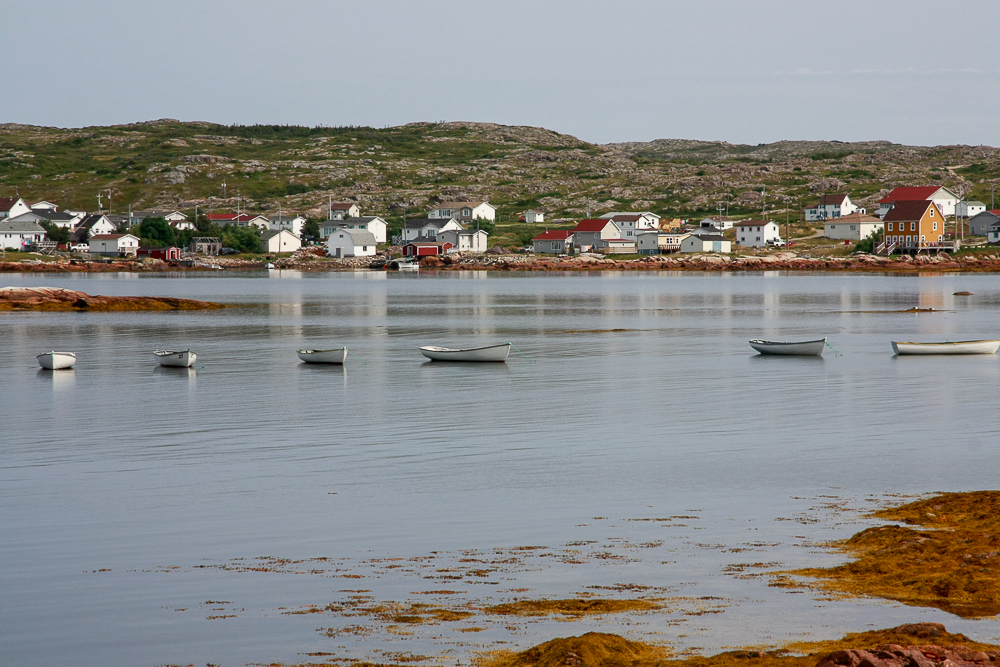 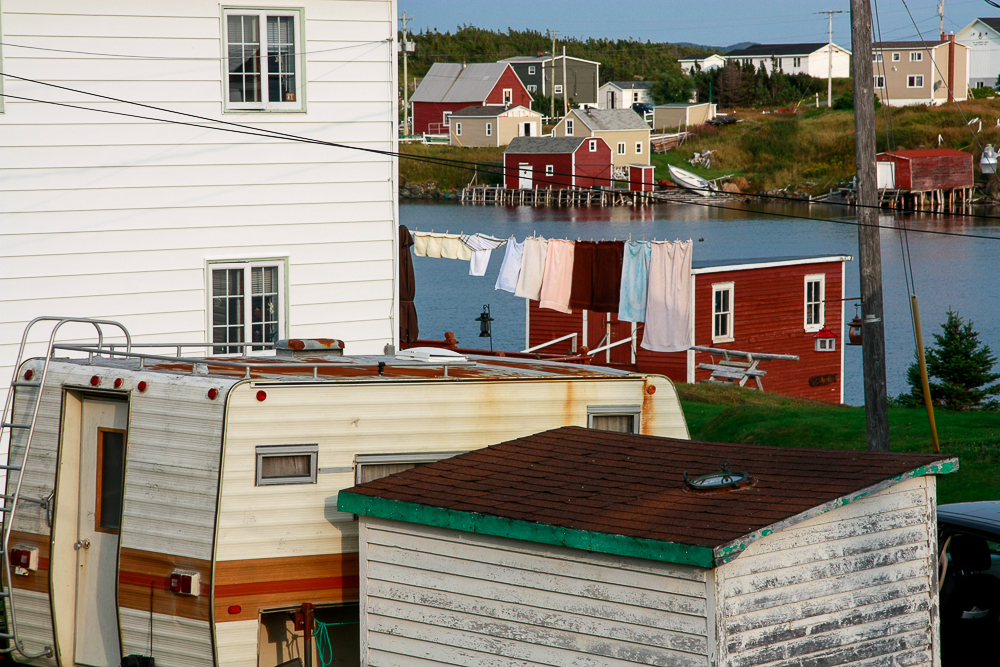 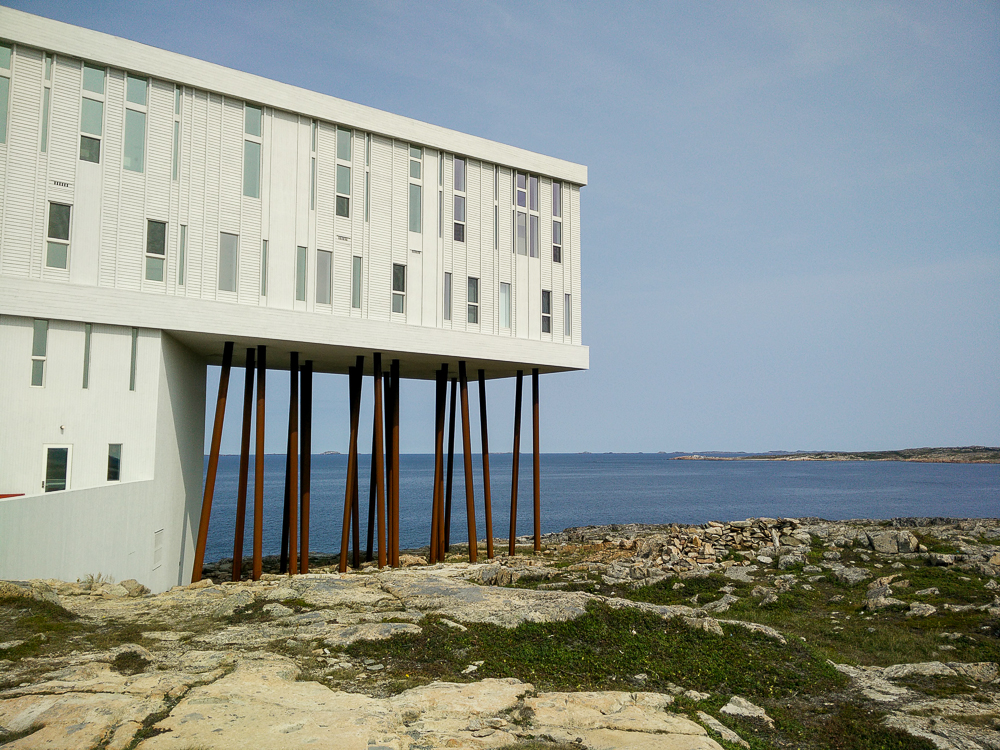 Trinity and Bonavista, Newfoundland and Labrador

I woke up early two consecutive mornings to hike the Skerwink Trail, next to the hostel I was staying at in Trinity East. It’s relatively undemanding, just under two hours long, incredibly scenic…and also incredibly empty, at this time of year. I ran into one single person on the trail, looking absolutely tiny standing on the edge of a cliff. We later ran into each other and hiked the rest of the trail together, picking wild blueberries along the way. Shrouded in the morning mist that first morning, the jagged, rocky coastline, the lightly obscured view of the little town of Trinity, the quickly-hiding stouts (kind of like large weasels), and the complete quiet of an empty trail gave an aura of mystery. The next morning, in full-on sunshine (and again empty), the same scenery looked vast and majestic. Crazy what a little weather does for you.
END_OF_DOCUMENT_TOKEN_TO_BE_REPLACED

It’s worth the trouble.

Yes, the trouble of driving four and a half hours from Halifax to North Sydney, Nova Scotia, paying C$338 for a passenger and vehicle ticket for the 14-hour ferry, eating nothing but peanut butter sandwiches for something like four consecutive meals, sleeping in a chair and on the floor, then driving an hour and a half from Argentia to St. John’s, Newfoundland and Labrador.

I’ve always wanted to go to Newfoundland (and Labrador, but that’s not fitting into this trip because the gravel roads won’t jibe with my tiny rental car). British Columbia is actually further from Newfoundland than England is! Being from one end of the country, it’s only natural that I’d like to see how the other is, but the little I’ve heard — generalisations like its very different accent, the fact that it only joined Canada in 1949, its nonchalance to icebergs and whales, its incredible natural offerings, and its cultural distinction from the rest of Canada — only made me want to see it more.

No matter how you get there or what you do there, it isn’t easy. I’ve run into cross-Canada bikers (many from BC), roadtrippers from all over Canada (primarily Ontarians, Quebecois, and BCians), and people who took the very expensive flight in. Getting around is also next to impossible without a car or the patience to hitchhike over and over again, and distances are incredibly long. Any of these factors are prohibitive enough to reduce tourism from what it could be.
END_OF_DOCUMENT_TOKEN_TO_BE_REPLACED