Prior to arriving in Guyana, that’s the most common response I’ve gotten when asked about this trip. The Ecuadorians sitting next to me on one of my flights had never even heard of Guyana, Suriname, and French Guiana, let alone known that they exist on their continent, just a hop and skip away. (“It’s next to Venezuela.” “Colombia?” “Other side.” “Brazil?” “No, east.” “…Brazil?”) My mom thought I was going to Peru. My Couchsurfing host, Gordon, mentions people mistaking Guyana for Ghana. No one at the airports, not even me until I asked my host for once and for all, seems to know how to pronounce it right. Ghee-ana? Gooey-ana? Guay-ana? I heard all three. (It’s guy-ana, the “guy” as in “you guys”. I only heard that for the first time in Guyana.)

To make matters worse, Guyana doesn’t really have a reputation of its own internationally. It certainly has a reputation though, just not of its own making. Take Jonestown, the incident that literally invented the phrase “drinking the Kool-aid”, after an American cult leader brought his followers to establish their own “utopia” in the Guyanese hinterlands, then ordered them to all commit suicide by kool-aid after he went crazy. Or take the mini refugee crisis, or the territorial dispute extending to half of Guyana, or the recent offshore oil dispute, all courtesy of neighbouring Venezuela.

So arriving in Guyana, having no mental picture of what the place looked like, what have I found?

Unfortunately, with barely even two days and only spending my time in the capital, Georgetown, it’s impossible to go in depth. But what I’ve seen complicates the narrative that Guyana is only known for things from elsewhere — because that’s somewhat true. A Dutch colony previously and then a British colony until 1966, the architecture around town resembles its former colonial powers, with beautiful wooden, spired buildings. Most of these buildings are used for the many, many national ministries. 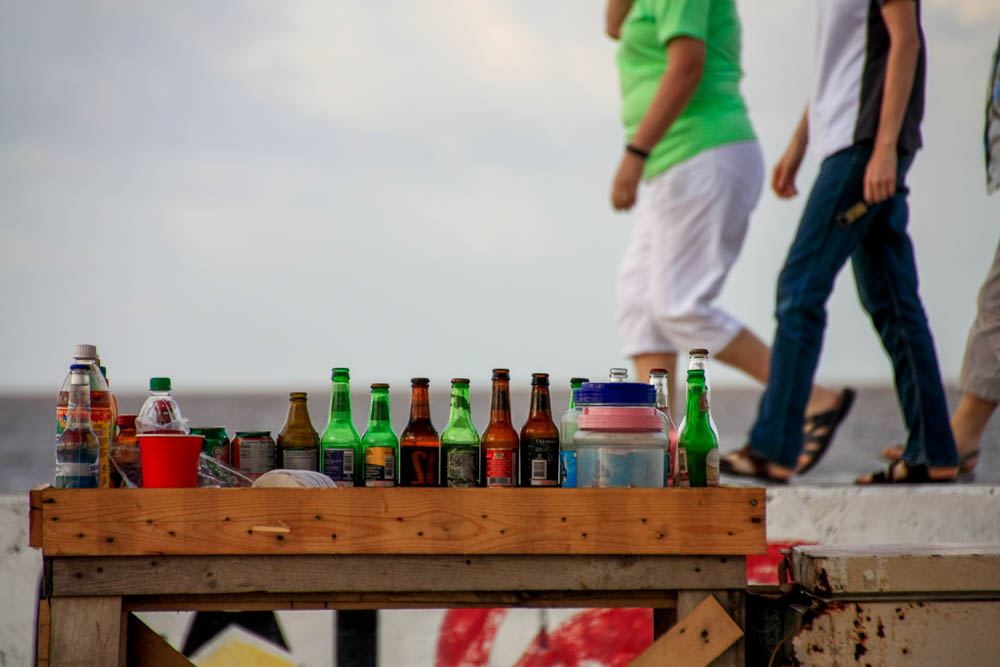 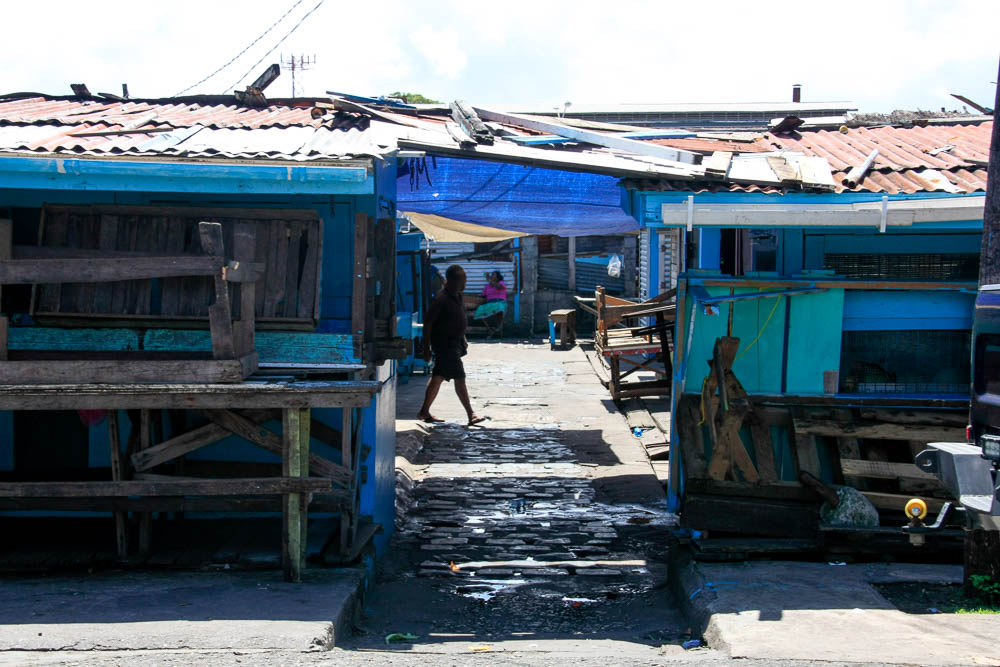 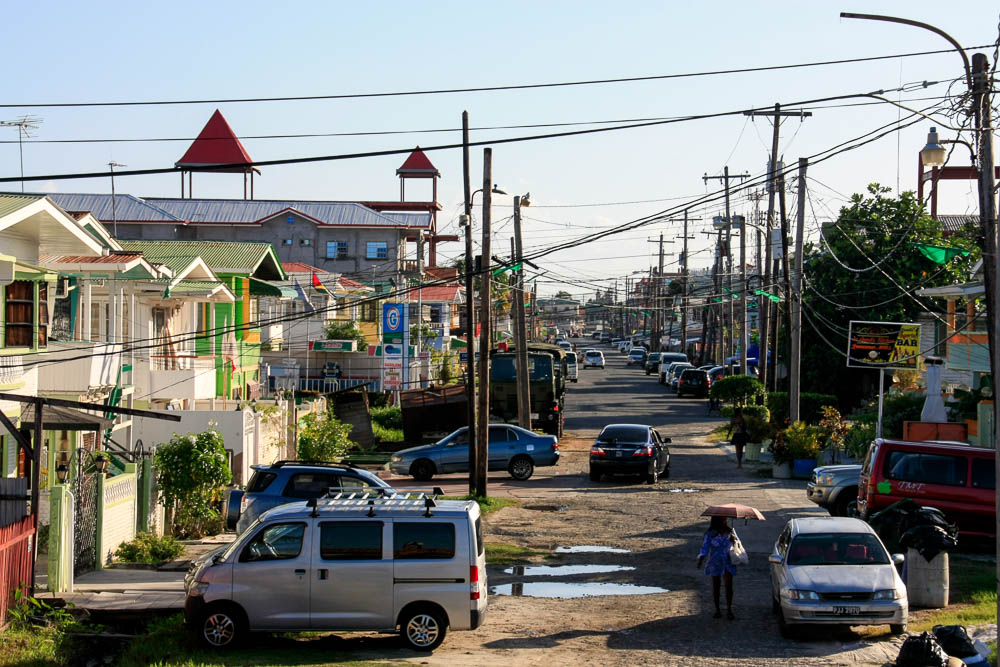 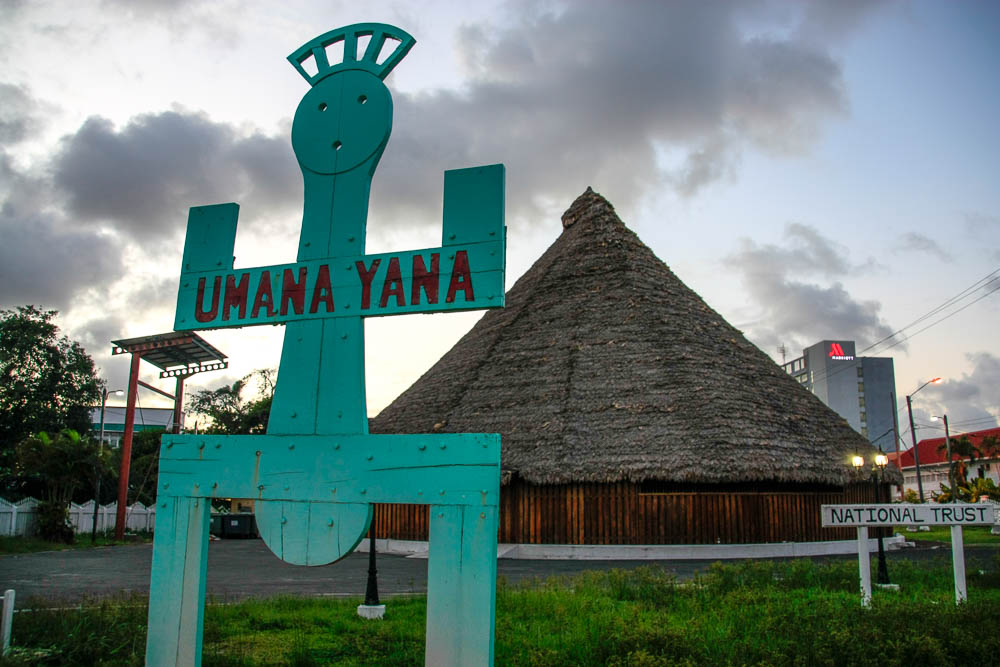 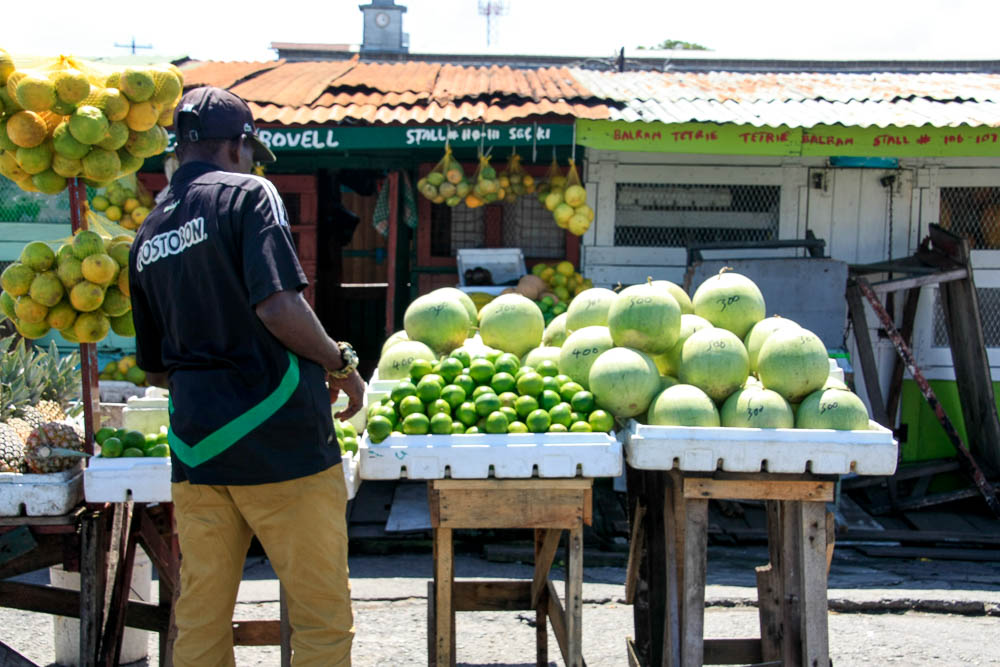 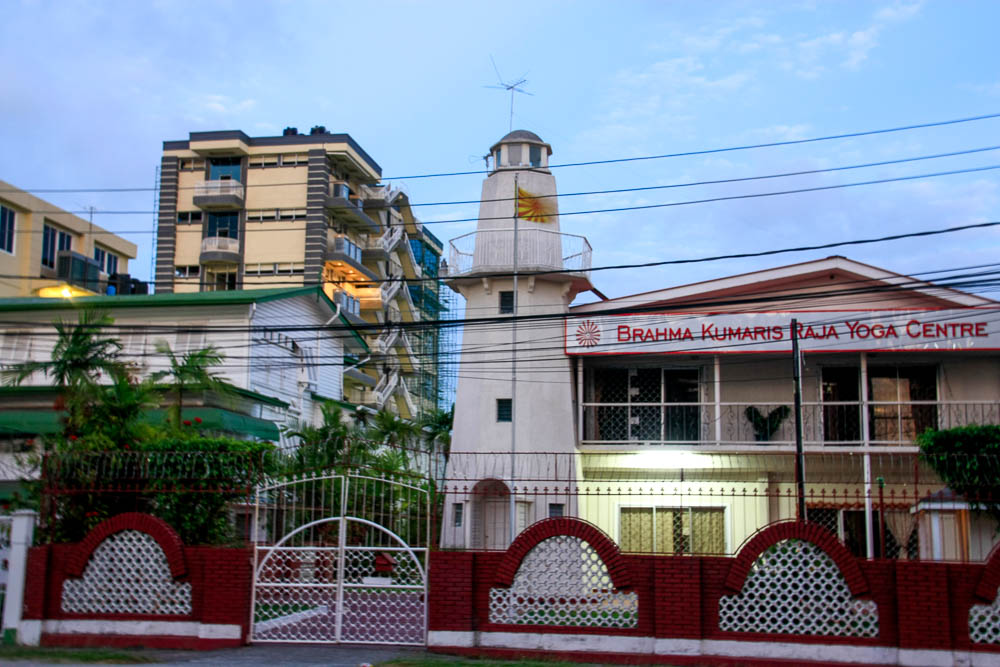 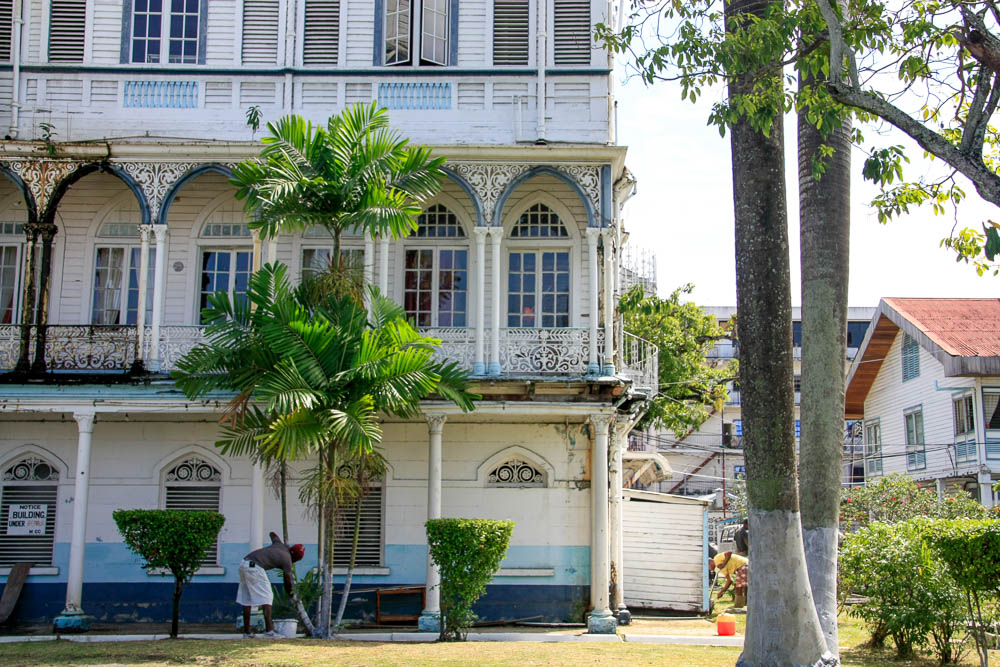 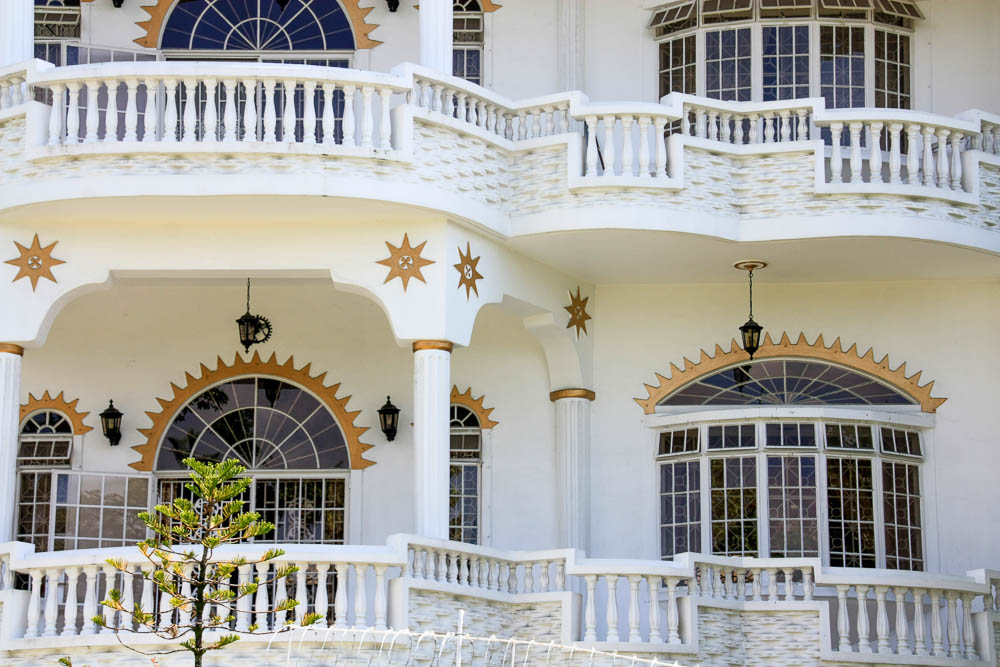 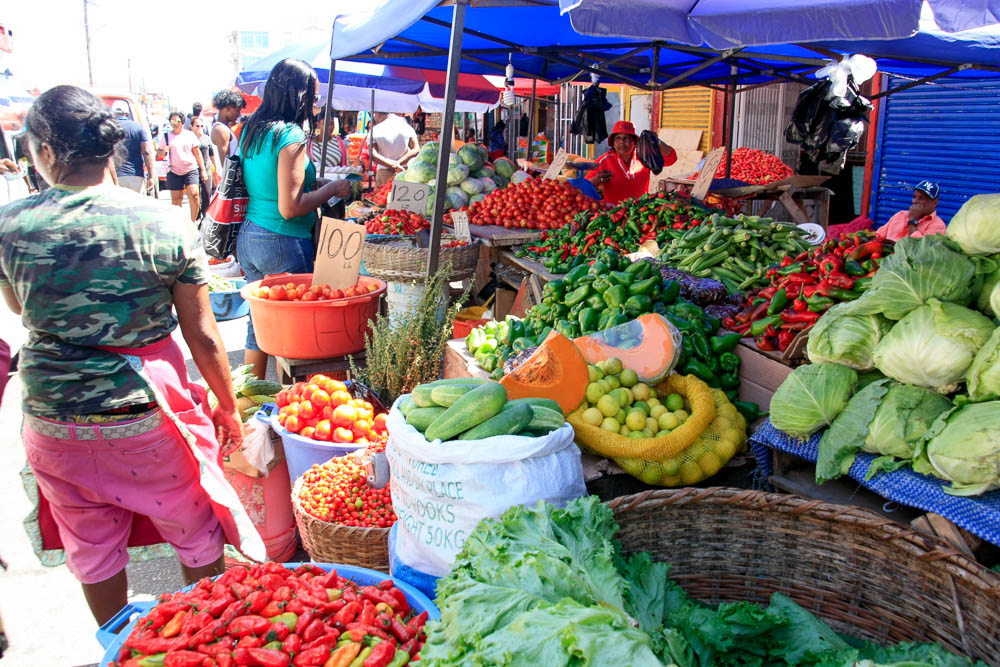 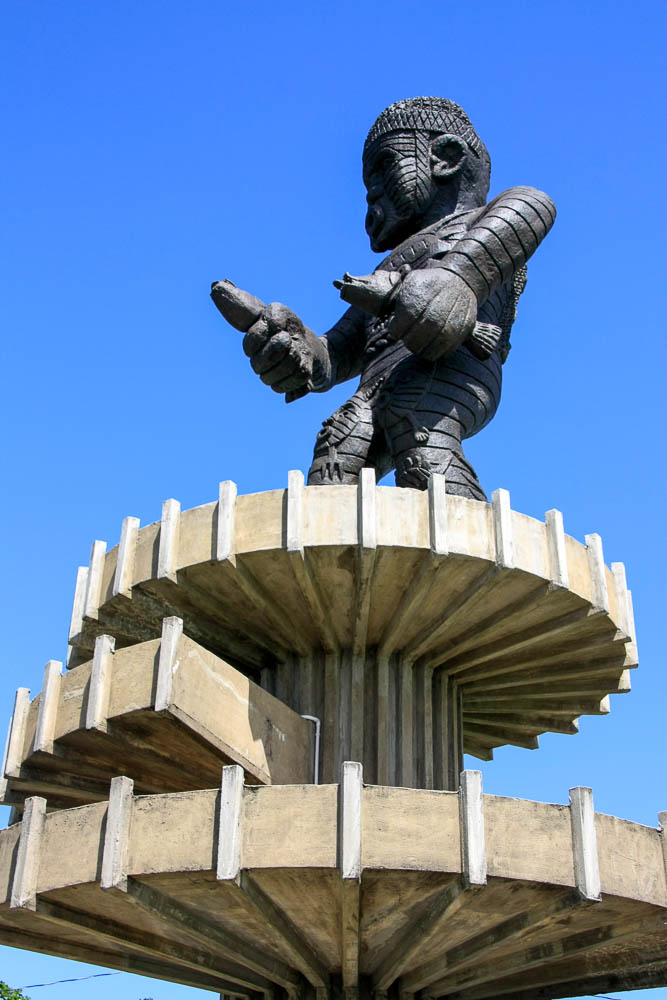 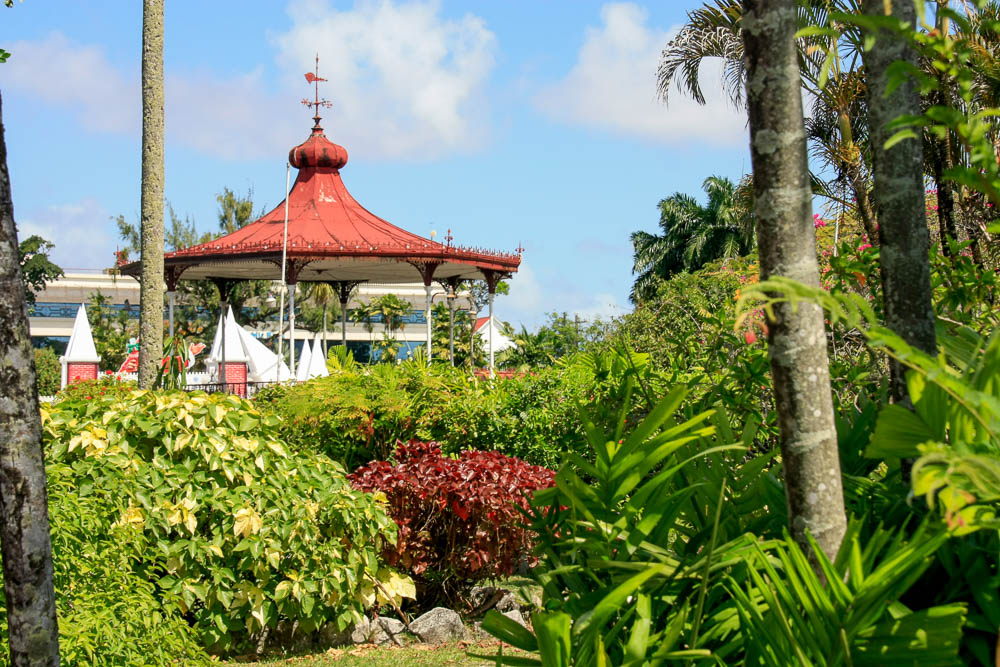 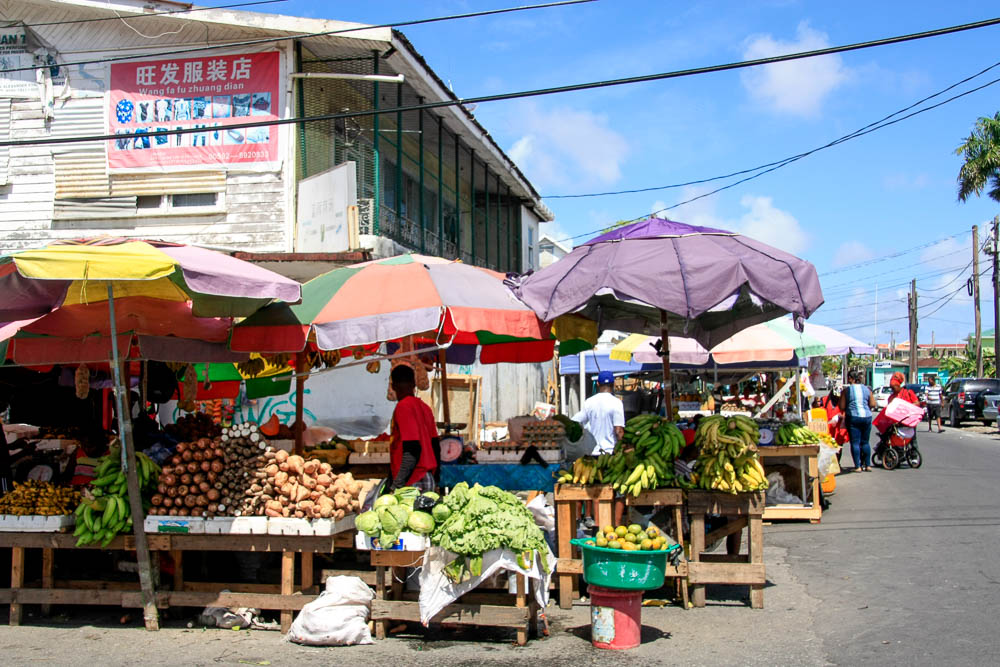 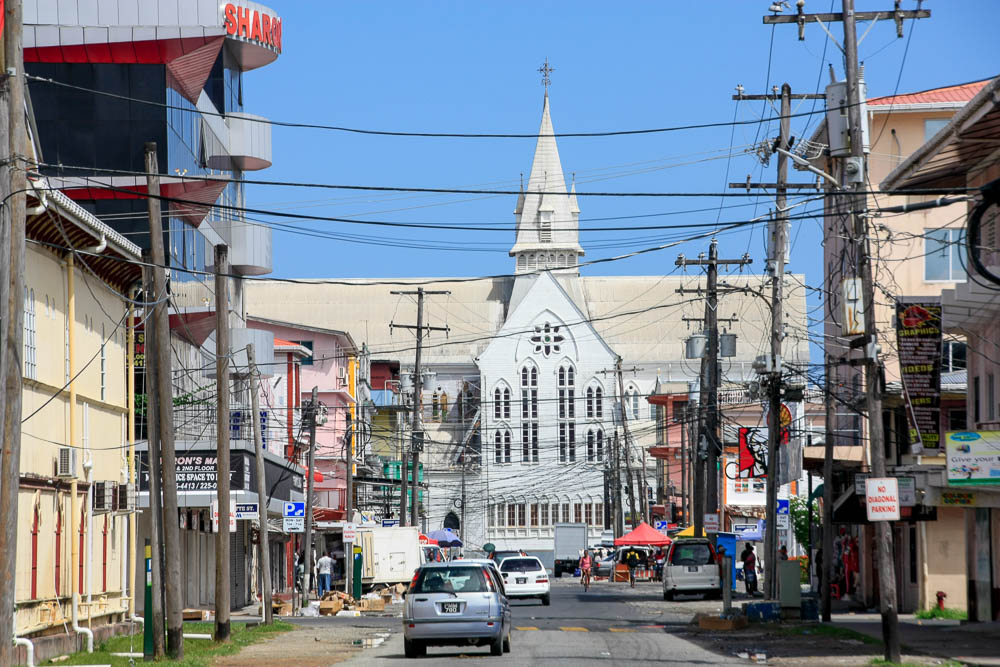 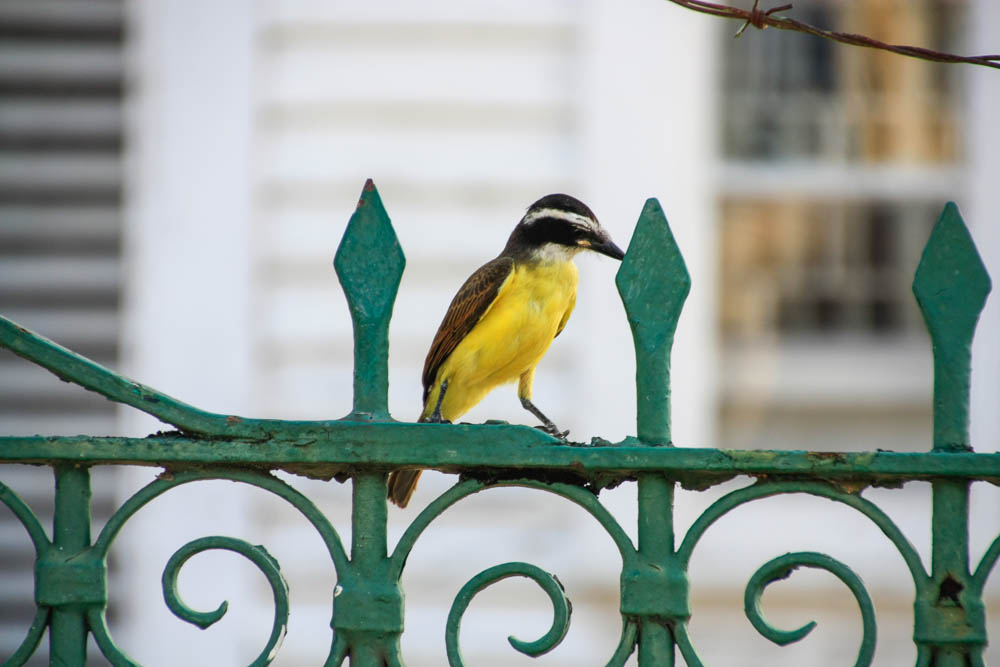 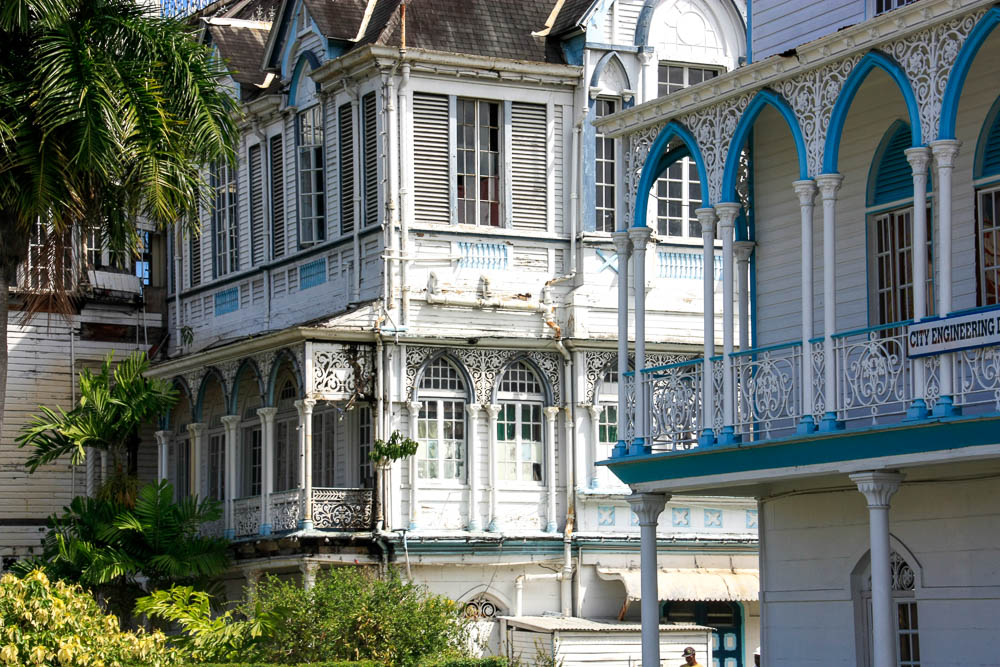 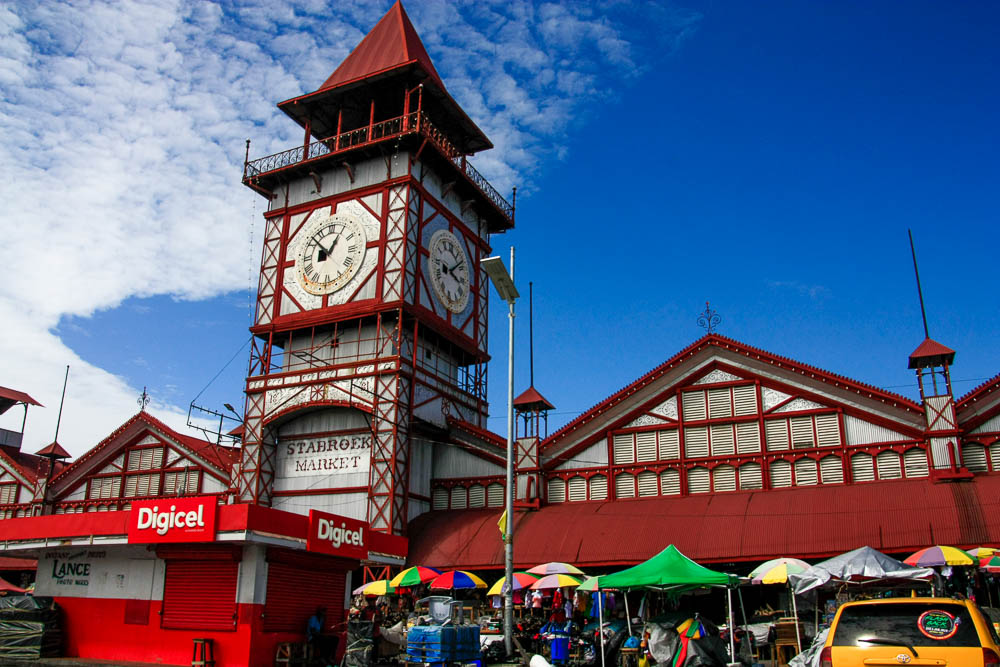 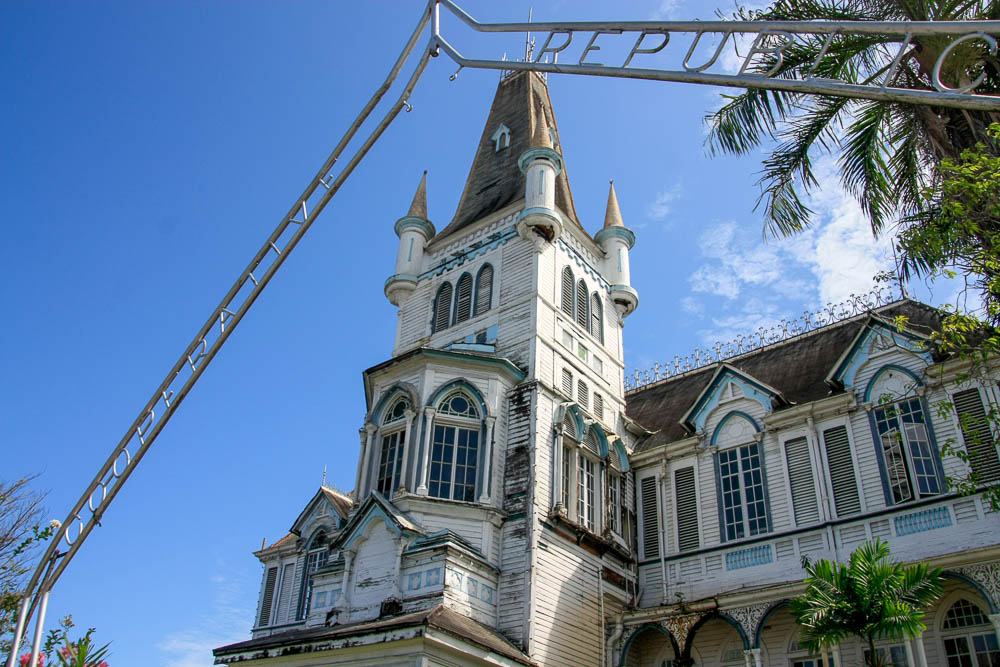 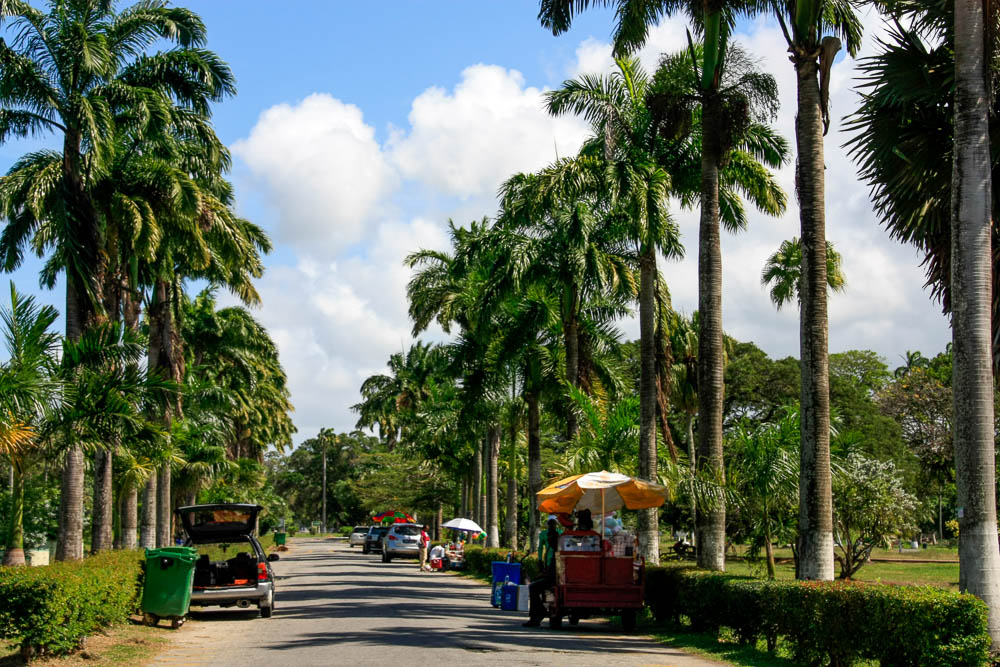 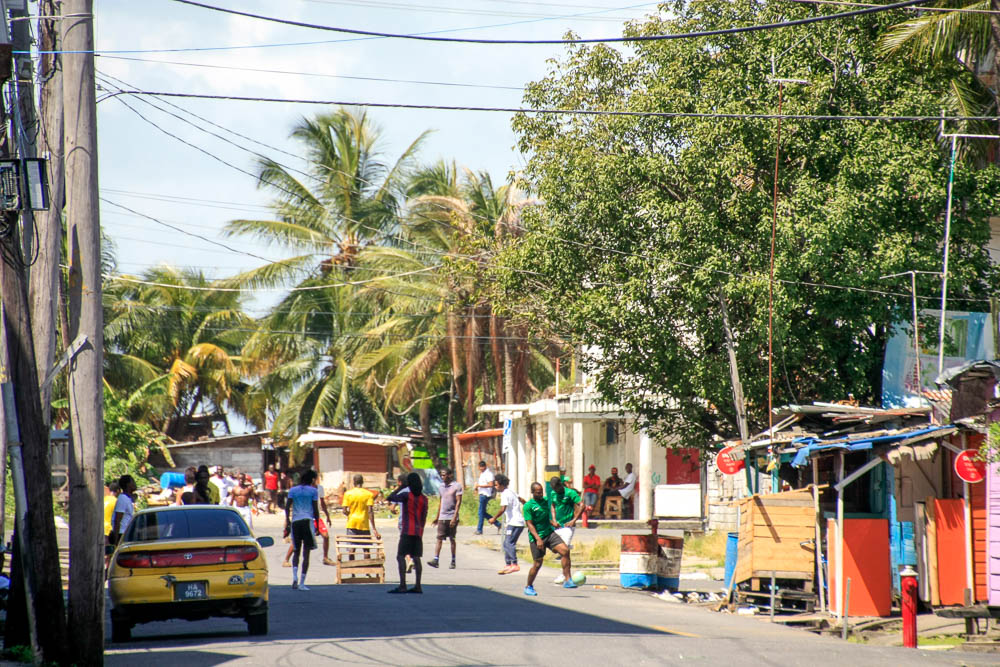 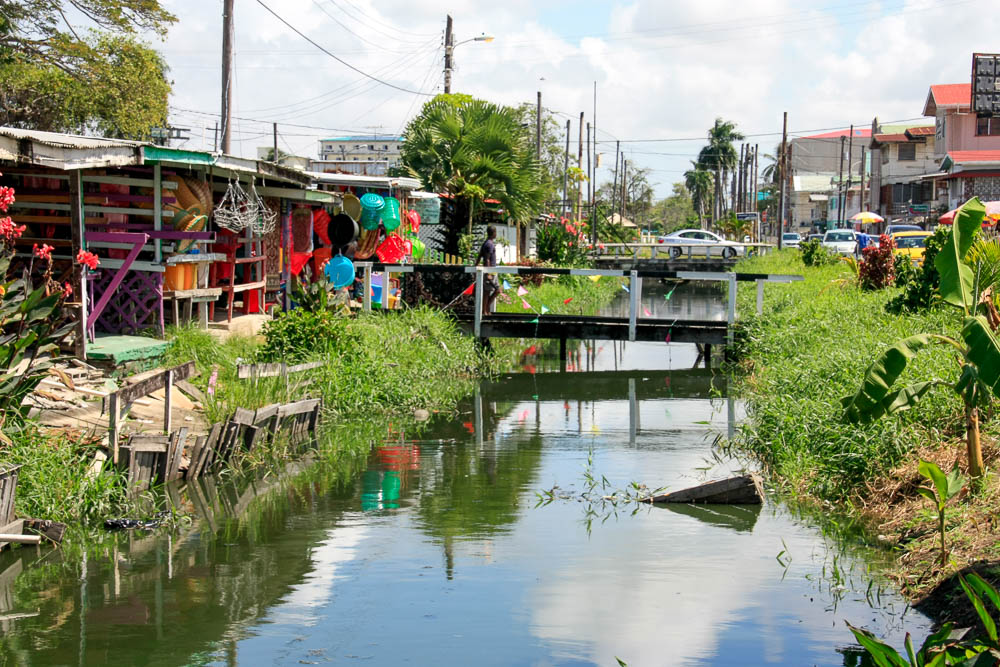 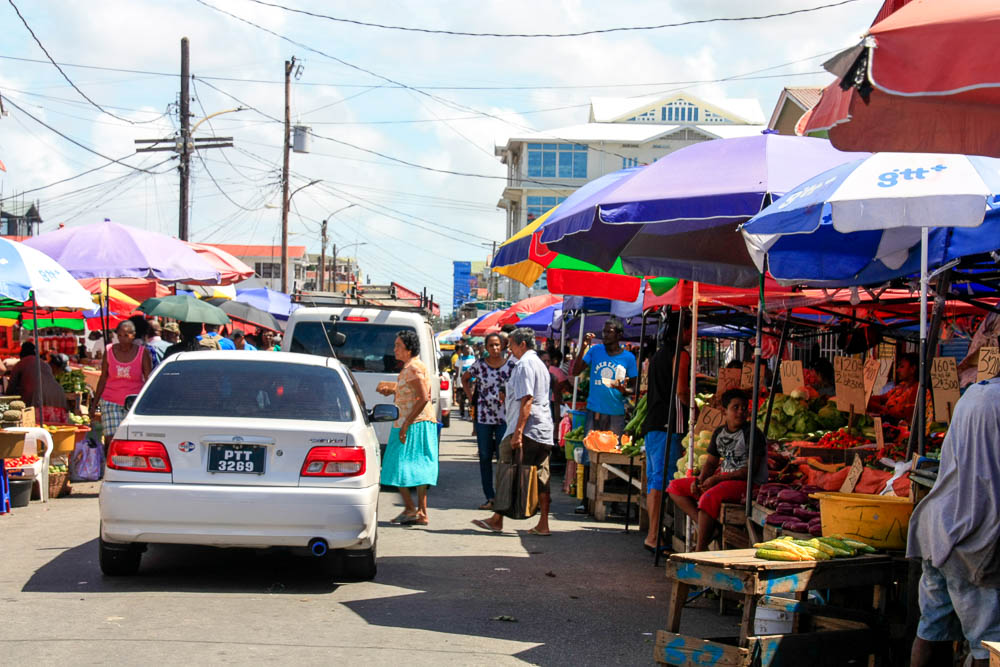 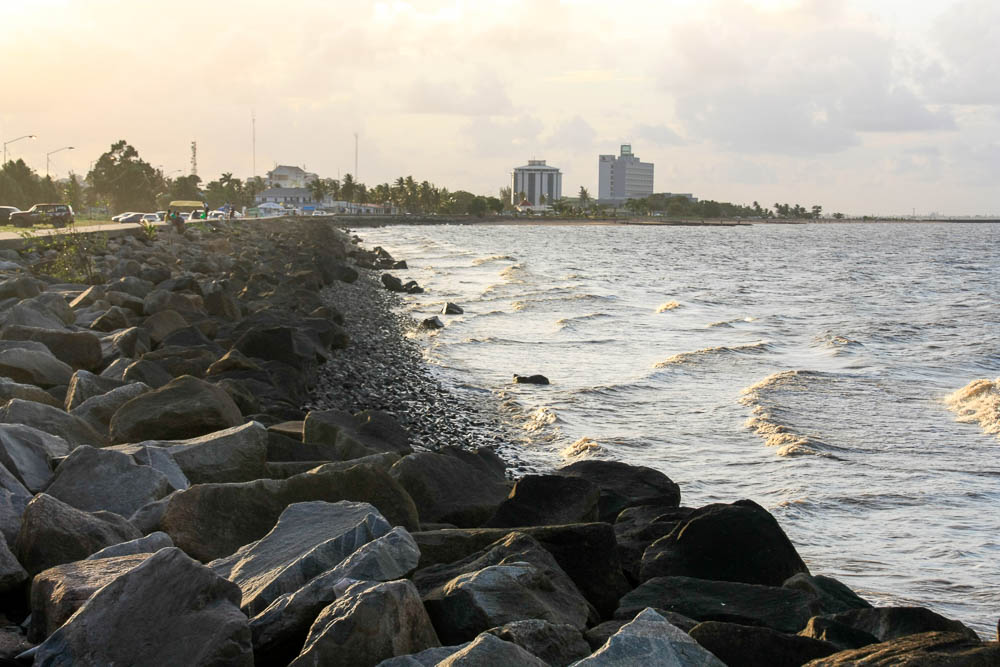 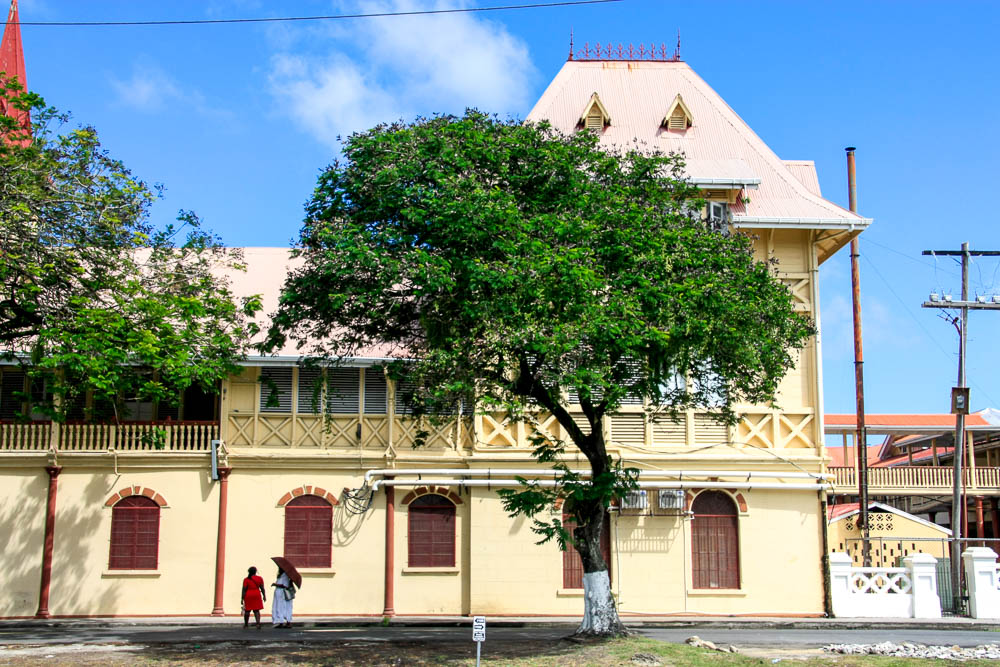 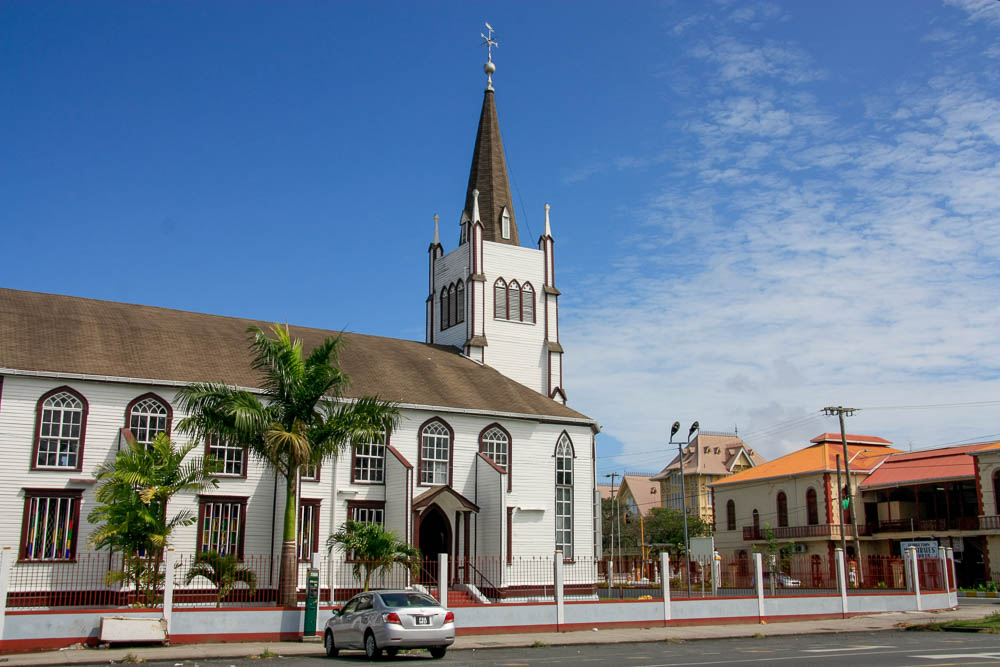 Names are often in Dutch, and the official language is English: the only anglophone nation in South America. The more common vernacular though is Guyanese creole — something more than one local described to me as “English, but broken”. I’d say that’s a bit of a reductive description, but Guyanese creole itself is a complicated beast, sounding everything from accented English to straight up unintelligible, depending on where in the country a speaker is from.

That’s also in part because Guyana’s mainly made up of six races, in order of prevalence: Indians (brought over during the British India years as labourers), West Africans (former slaves, some from other Caribbean nations; started their own uprising in the late 1700s), mixed race, Amerindian groups, Portuguese, and Chinese (more on that specifically in another entry). It’s fascinating to see the mix that results: grand, colourful houses that resemble those of South India with verandas, creole restaurants, blaring Bollywood music on one street and dancehall on another, street markets resembling those of West Africa, Chinese-owned businesses even selling halal meat outside of a Hindu temple… Rather than hearing people speak their own languages, I heard mostly Guyanese creole, even with Indians speaking to other Indians.

Does that mean it’s all harmonious? Probably not. Politics seems to be a push-and-pull between the coalition catering to Indian interests versus the one catering to African ones. As someone put it pretty succinctly though — who cares? After the election, everyone goes on with life anyway. They just had a razor-thin non-confidence vote happen and an election is imminent. People don’t seem to be paying much attention.

I wasn’t even around Georgetown for a regular business day, didn’t visit any museums or even the inside of the landmark Stabroek Market (closed on Sundays), and my hopes to see even a little bit of the forested interior were dashed when my flight to Kaieteur Falls, the world’s highest-volume single-drop waterfall, got cancelled. Didn’t head to the savannah in the south. I didn’t even try pepperpot, the country’s signature dish. Can I say I’ve seen Guyana? Hardly. It’s not easy getting here, but maybe I’ll have another chance in the future. 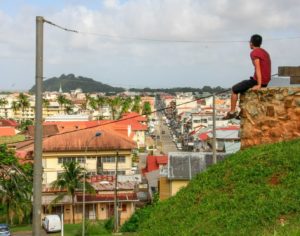