El Calafate is a touristy town, thriving on tourists to the nearby Glaciar Perito Moreno. But after the long Torres del Paine hike that left me quite sore from the day before, I just needed to relax.

After I checked into my hostel (best one yet, young couple Belén and Darío were super nice and basically operated out of their house), I took a supposedly easy walk to the nearby Laguna Nimez, a nature reserve located by the very turquoise and beautiful Lago Argentino. Well…given that this is Patagonia, the presence of the lake made it very very windy! It was almost hard to stand at times, and just comical to attempt to walk against the wind and make no progress. I ended up even more sore that evening.

The Laguna was home to many species of birds, and the highlight was a small population of flamingos. Unfortunately, we weren’t allowed to get very close! I was still amazed by the diversity present in that small area, as the reserve only had a 2 km loop trail. Tons of different birds I had never seen or heard of. In the heavy winds though, their flying looked more like hovering. I also had a field day photographing all the sideways-growing trees, flowers, and wild grass. 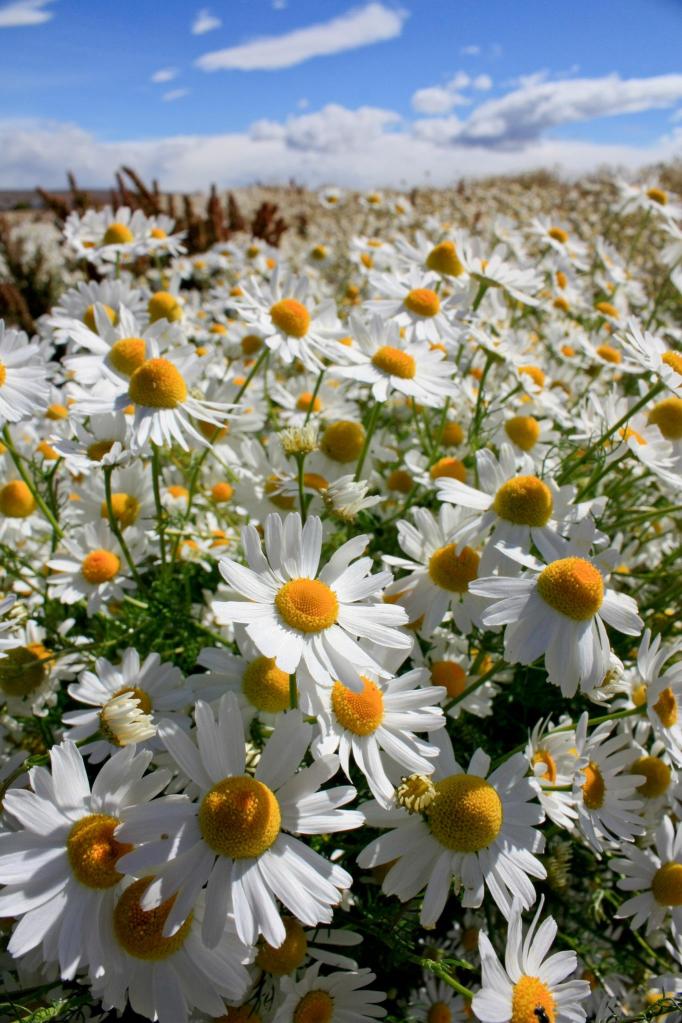 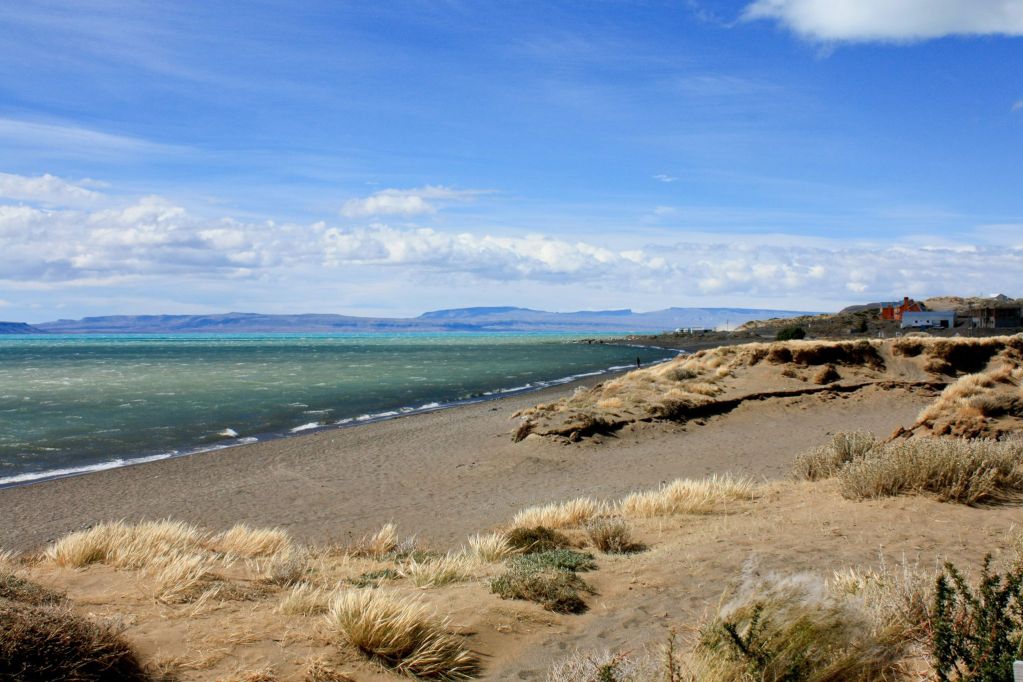 In the hostel that night, I opted for a homecooked meal from Darío – some mushroom risotto that probably topped anything I had in the Antarctic cruise, even! Everything was homemade, including the bread – and at breakfast as well. I also met Andrew from Australia who was staying in my dorm room, and we found that we were both planning to head to El Chaltén in a couple of days. (He was also interested in booking a last minute cruise to Antarctica, which then led to a whole bunch of gushing stories from me…) 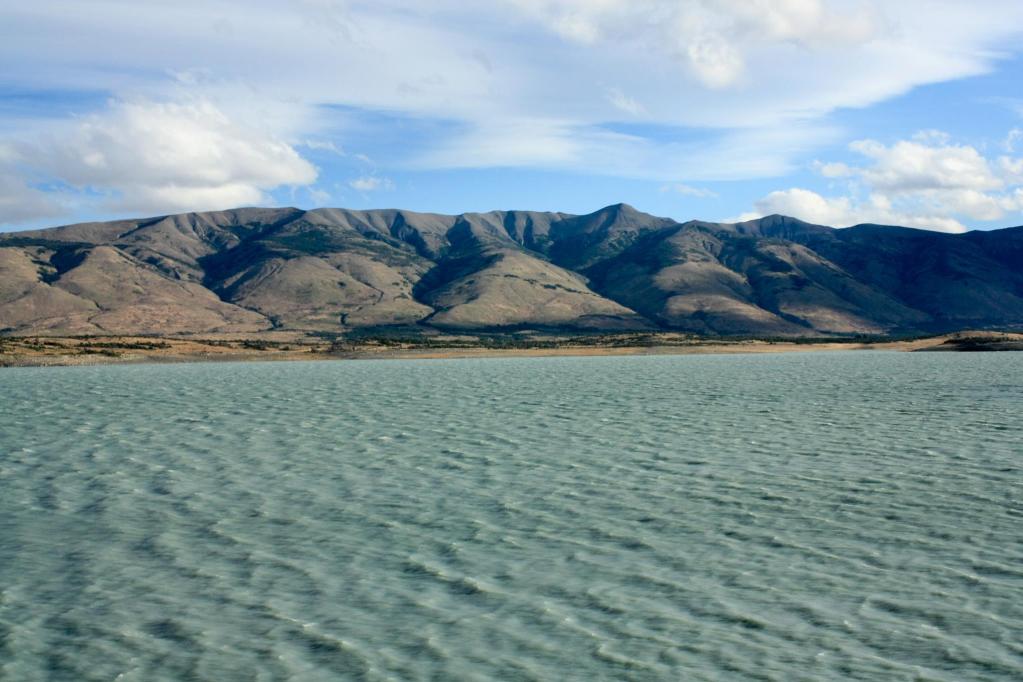 My final full day in El Calafate was for the highlight of the area – the glacier. This is one of the few glaciers in the world that is still advancing, and at such a rate that walls of ice crash down routinely (a rare sight usually, even in Antarctica). I opted for a tour in the afternoon – the afternoon, because I assumed that the heat of the sun would accelerate the frequency of crashing ice, and a tour, because I felt like spending a little bit more for some local information.

Well, I was sort of wrong on both counts. I fell asleep on the tour…yeah…that bilingual narrator voice was a little too soothing. But I did listen enough to learn that El Calafate is named after a berry found everywhere in the area! I then made it my quest to try it.

And as for the glacier, it was cloudy and even raining a little when I arrived. But first of all – it is HUGE. 60 metres high. 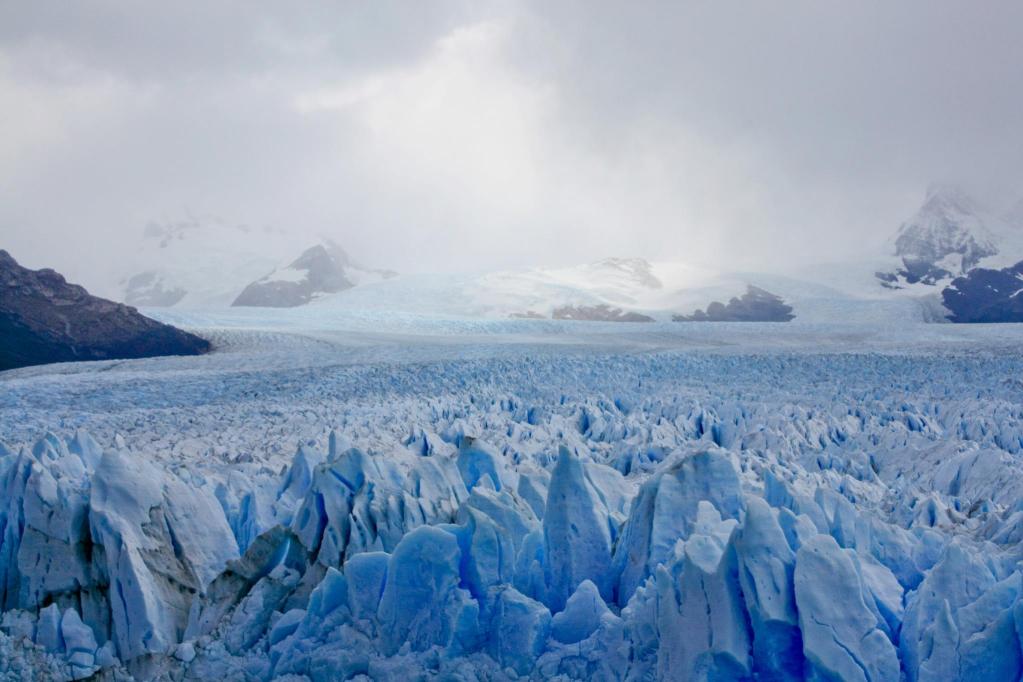 I ran into Paul and Monica (Ireland/Spain) from the cruise just as they were heading out of the glacier park though, and they gave me some advice on which of the many balconies to watch (yes, watch, not just look at) the glacier from, so I followed suit. Paul also pointed out a big crack on the glacier that he had been watching for two hours to no avail…

Two hours. Nothing. A couple piddly clumps of snow, at first, yes. Then seriously nothing. I spent my time watching the tiny but colourful birds fighting each other for food on the ground, while shivering in the wind.

Then the sun came out in my final hour.

Within minutes, BOOM, big wall of compacted snow comes crashing down in front of my eyes. It’s glorious. The “debris” spreads everywhere, and the high winds carry it on the water quite far, to where all the other little icebergs have become stuck. And then another wall. And another wall. And this trip was already worth it. Oh, and then three more come crashing down, but on the sides of the glacier I wasn’t facing.

I return to my hostel happy, and spend the evening and next morning commiserating with other people (including Paul and Monica, who I run into again) about how cool the glacier was. Andrew and I both decided to head together to El Chaltén, so we attempted to book a hostel there, as it’s currently peak season. After a series of confusing and contradicting phone calls though, we give up and decided to wing it, so off on the bus we went…