Other than a change of currency that I’m still not used to, and turning back the clock one hour (take that, Daylight Saving Time), the border crossing from Bolivia to Peru was uneventful and easy.  Arriving in Puno (a bit of an ugly city, but known for its connection to the Islas Flotantes, an extremely commercialised and touristic but interesting detour that I opted to skip) for a 15 minute connection to my bus to Arequipa, though…hectic.  After getting on the bus, people started openly complaining, which was a new and awkward experience for me – more than a few Peruvians were banging on the windows and stamping on the floor, yelling “HORA!  VAMOS!” – and we were only 15 minutes late!  Not a particularly great first impression of a country.  They repeated their complaining everytime we picked up a hitchhiker.

Arriving in Arequipa late at night without a hostel, I teamed up with the only other backpacker on the bus – Joachim from Austria.  Following our guidebooks, we settled in quickly and went to grab some dinner…Pizza Hut.  Heh.

My reason for skipping Puno, other than the touristy factor, was mainly to catch up to some familiar people – namely Silvia, Óscar, Marlies, and Florian!  I did just that the next morning, meeting up with them in their hostel (but staying in my own).  We quickly caught up over our journeys of the past week, and plan to travel together until Lima – at least another week.

Commence hanging out.  We really didn’t see too many sights of Arequipa other than wandering around the city – I had a flight I needed to buy, we bought some groceries for our homemade Mexican burrito dinner, had some ceviche for lunch (yum!)…  As it was Sunday, most of the attractions were closed by early afternoon. 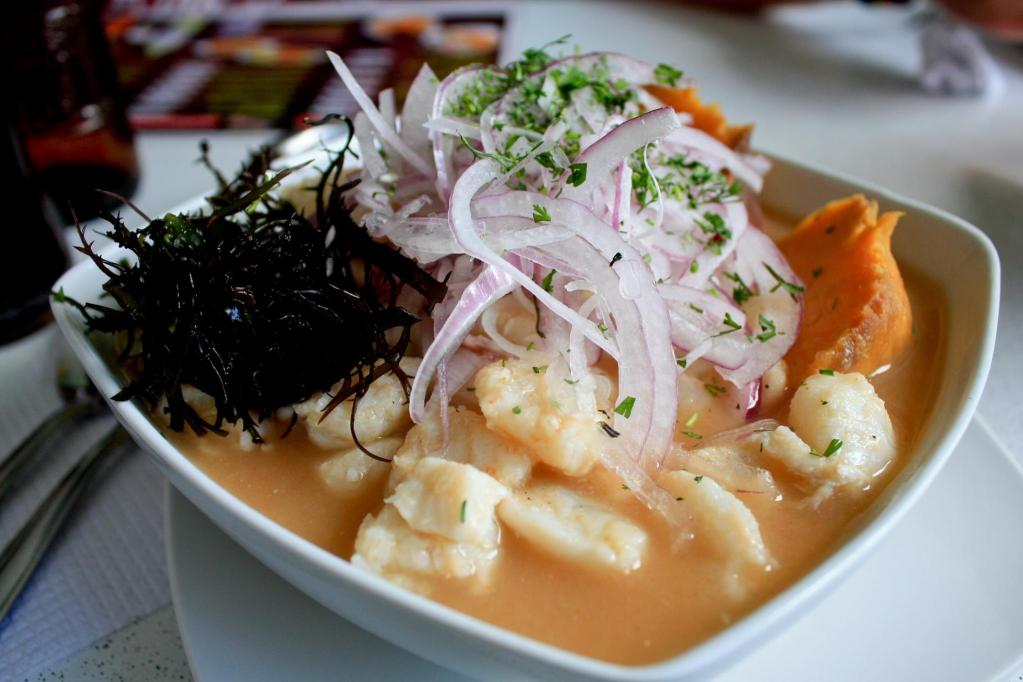 Still, Arequipa is quite something.  Very heavily colonial, mostly white buildings (not so much as Sucre) made of volcanic rock, with the Plaza de Armas as the crown jewel.  A giant several-hundred-year old cathedral…with the big volcano El Misti (5822 m) looming in the background.  The streets in the historic downtown core are full of cobblestones, balconies, and pedestrian shopping streets. 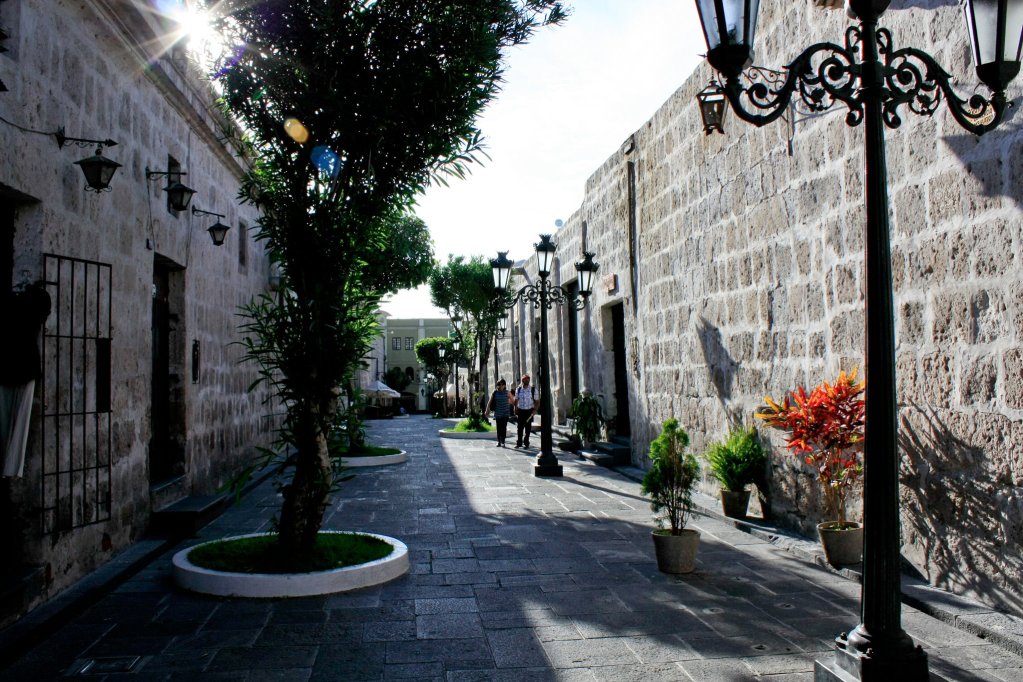 The other option in Arequipa is to head to Cañon del Colca, one of the deepest canyons in the world – but given that the multi-day trips involved lots of money, strenuous climbing, and long bus rides, we opted out.  Hmm, there’s always a next time.

On our second and final day, after a too-long detour to buy bus tickets to Cusco, Florian and I took a tour to the cathedral – one that’s survived several earthquakes and a tower collapse just 11 years ago.  The guide, who spoke English, spoke so fast we could barely keep up!  Figures of the apostles looked like marble, but were made of wood, chalk, and honey.  A giant organ with 1500 pipes.  Gold this, silver that, emeralds, diamonds, things that weighed tons and used for processions…the extravagance boggles the mind.

We skipped doing any museums, after one we wanted to do turned out not to have its main exhibit present (a well-preserved Andean mummy).  Totally fine!  In fact, we ended up sitting in a Starbucks (heh, hadn’t seen one in months…) for a few hours waiting out until our overnight bus.  That’s another story though…  But sometimes, you really don’t need to do everything in a city to have a good time!