The final country, final days, final stretch. I really don’t want this to be over!

I’ll pick up immediately where I left off. I arrived at my hostel in Cuenca and gave some big hugs. Turns out Óscar and Silvia were already waiting for me and had made dinner! So sweet of them. And they’ve been waiting for me two days, having done virtually no sightseeing, opting to wait till I arrived.

I offhandedly mentioned to Óscar that I normally wake up at 6 now, due to a combination of strange factors. This was not the case today. Still, Óscar, thinking that I would be up by 7:30, went out and bought food, then made breakfast. I woke up at 9:30 shocked and extremely thankful for another meal prepared for me. Awwww!

We spent the day wandering around the city. Clean, colonial, and beautiful – it reminds me a bit of Sucre, Bolivia, but with more variety of colour (and a tad more graffiti). There’s some giant churches with domed roofs, the El Barranco district by the Río Tomebamba, a museum on the Panama hats that originated here in Ecuador… We wanted to check out a nearby mirador, but we had some bad weather and opted out. 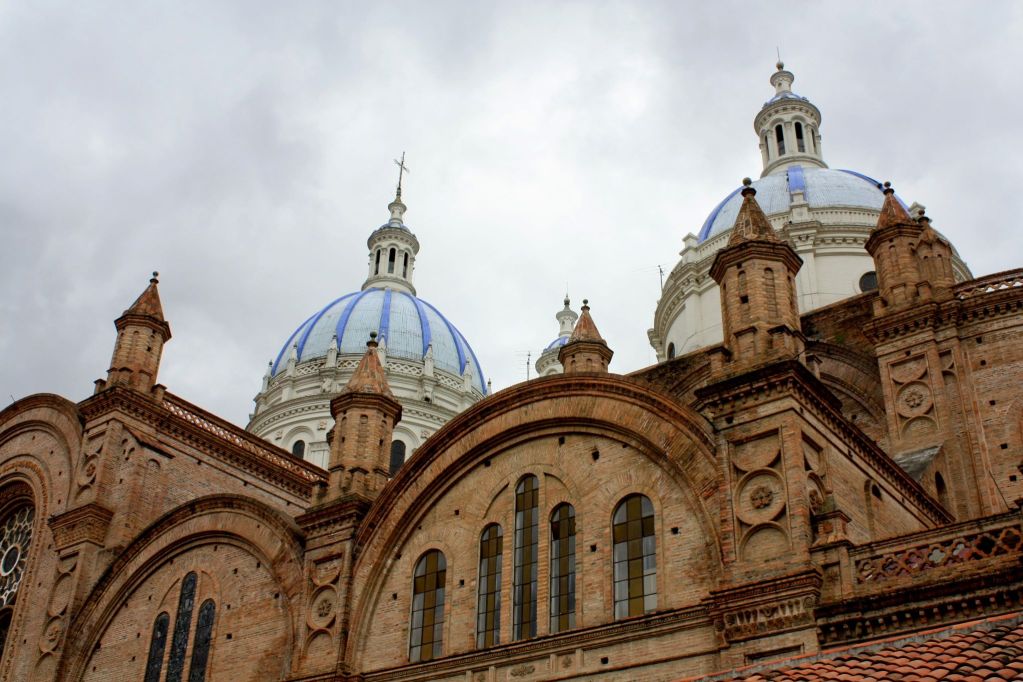 We returned and checked everything out again at night. Elegantly lit up.

If you’re a little too attached to your pets, specifically the furry and small kind, you might wanna stop reading. 😛

Cuenca is a city famous for cuy – guinea pig. It’s like the lobster of Ecuador; locals love it and have it for special occasions. I had wanted to try this while in Peru, but after postponing it until Lima, we weren’t able to find any restaurants that served it there. Óscar had promised me that despite his squeamishness, he would try it with me.

Imagine my delight when one of the city’s best restaurants for cuy happened to be a block away from our hostel.

We reserved cuy for two people (one is large enough to serve up to four), then walked around for a bit – it takes up to three hours to fully prepare cuy. The guy at reception was a little bit graphic about what they do to cook the cuy, and we didn’t even ask! We were a bit taken aback – but I’m glad I was only able to understand half of what he said.

When we returned an hour and a half later, moment of truth…

But first, we were allowed to go into the kitchen and see the cuy cooking on the rotisseries. It’s a little bit grotesque, seeing their heads wrinkled in anger, and impaled from the mouth to the behind by a giant roller. Smelled nice though… 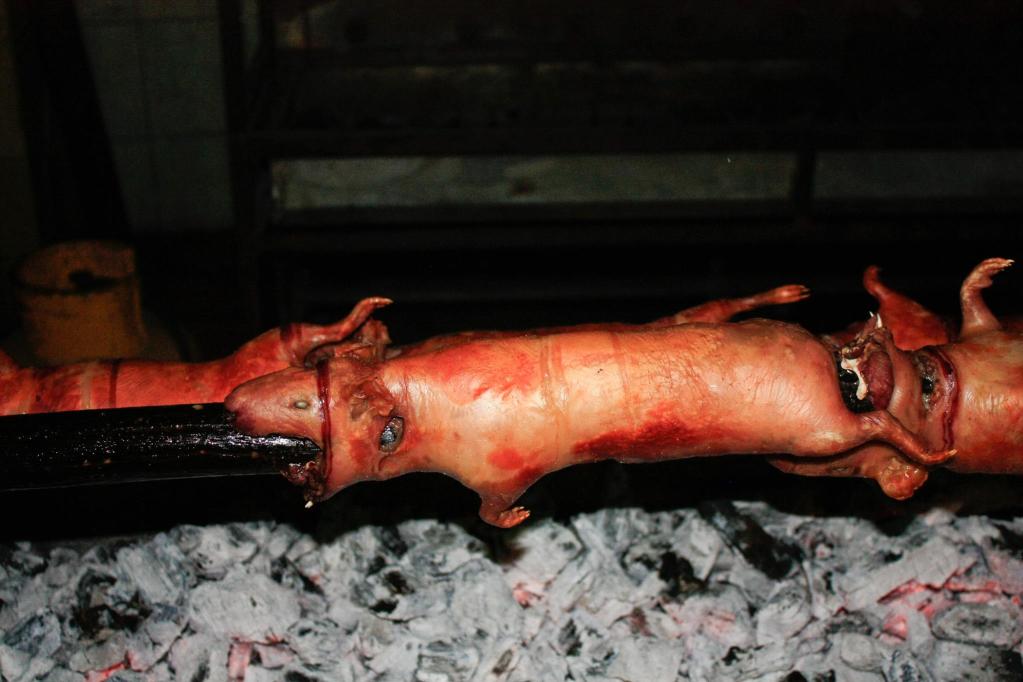 Our cuy was served on a plate in quarters…plus the head, which was pretty much staring at me, angry, the whole time. 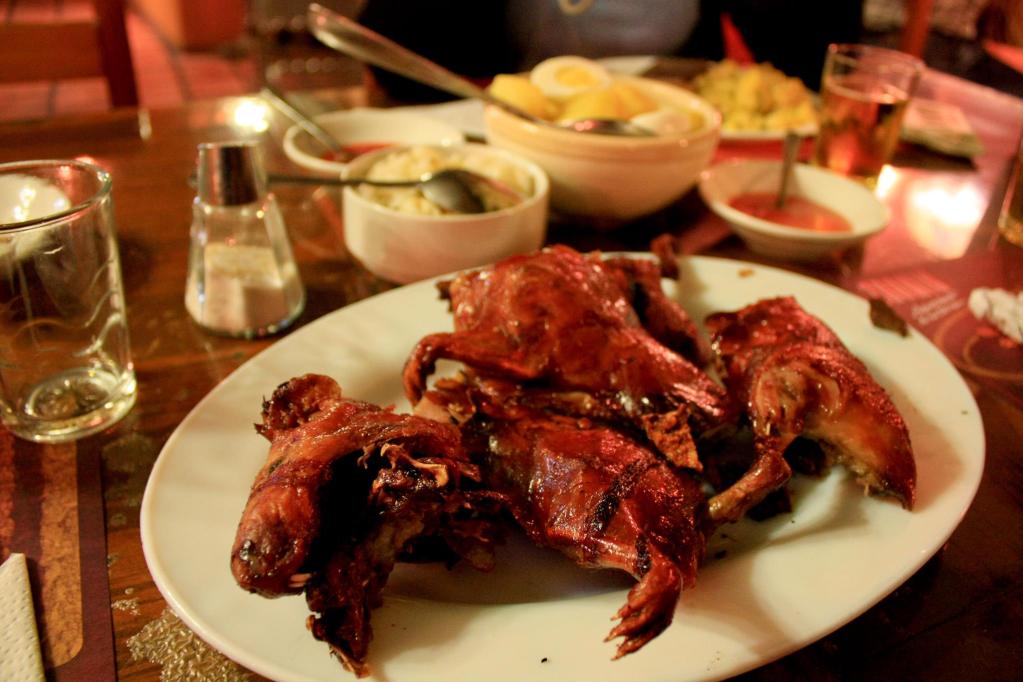 Originally, I dug in with a fork and knife. The waitress was all, “No, noooo!” and motioned to eat with the hands. A lot better…but having to grab a claw (still attached) was a little weird.

As for how it tasted, I’ve read descriptions comparing it to rabbit – a meat I’ve never tried. All I can say is that it was like the dark meat of chicken, only richer. There were a lot of bones to pick through to get to the meat. Skin was crispy like rotisserie chicken. Glazed with some sort of barbecue sauce, it was more than salty enough.

Overall, I liked it, but wouldn’t bother again – at $19 for the two of us, it was a bit expensive – especially for a country where an average meal costs $3-6. (Silvia, absolutely refusing to try cuy, had a mixed grill plate for only $6.50.) Surprisingly, Óscar liked the cuy a lot more than I did – he finished everything to the bone, while I left a pile of crispy skin. He agrees though, he probably won’t be ordering it again.