From Sevilla, I headed to Córdoba. The main sight to see is the Mesquita/Catedral – a space once used as a mosque, then converted to a cathedral. Now, I’ve become sick of seeing cathedrals in general and have resolved not to bother entering anymore if I have to pay, but the Mesquita is the one sight you must see in Córdoba.

And when I entered, I understood why. My jaw pretty much dropped. The ambience is unlike any other cathedral I’ve been in, let alone the architecture. Red peppermint-striped arches and pillars line the empty space – indeed, this part is like a mosque. In the center section, the altar and pews. The Mesquita was a lot darker than any of the other cathedrals I went into either, but with quite a bit of natural light as well. I spent some time walking around the edge, taking in the mix of Islamic tiling work and Christian religious paintings. They coexist as if the contrast isn’t even there. I ended up spending over an hour in the Mesquita! 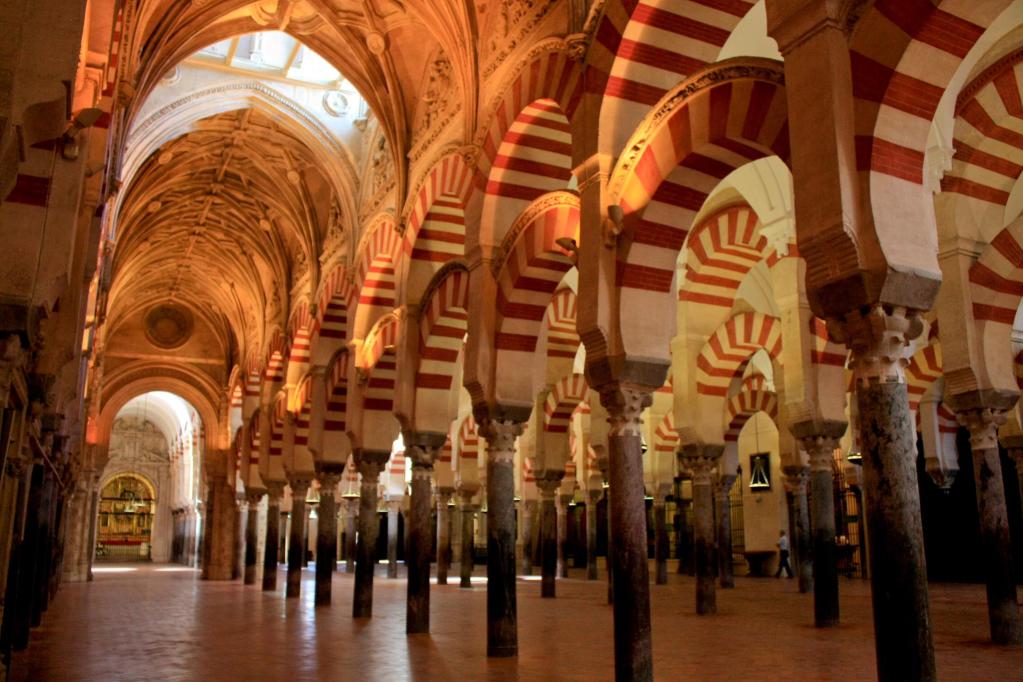 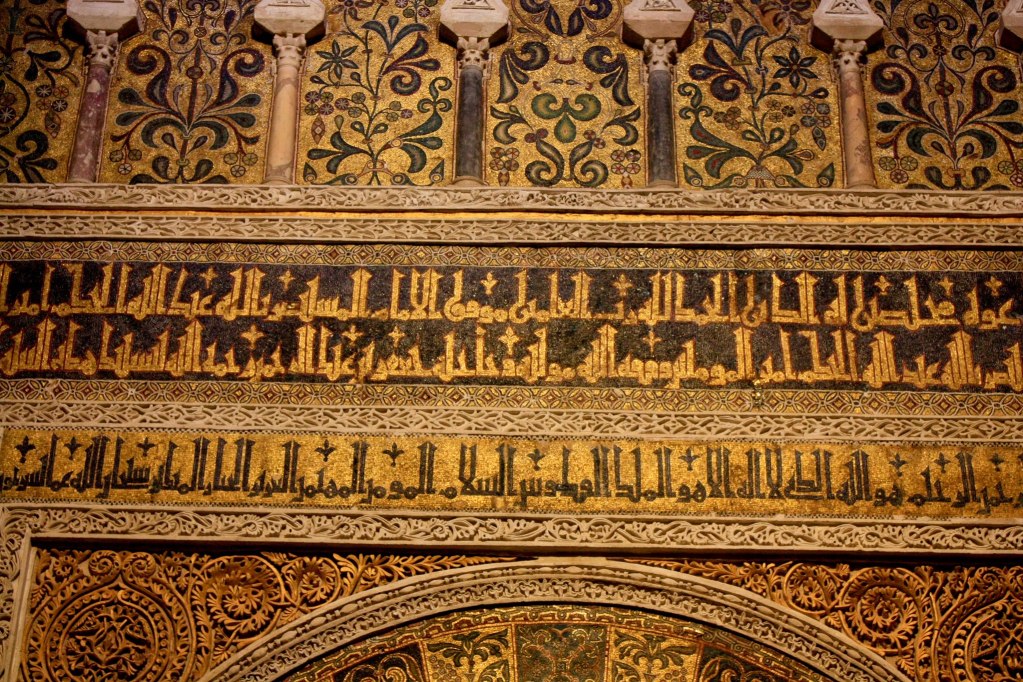 I headed to the Juderia neighbourhood next, a pleasant quarter not unlike Sevilla, with small, winding roads and alleys, roof terraces, and clean white buildings. A lot more flowers though, with pots attached to walls – a lovely sight. 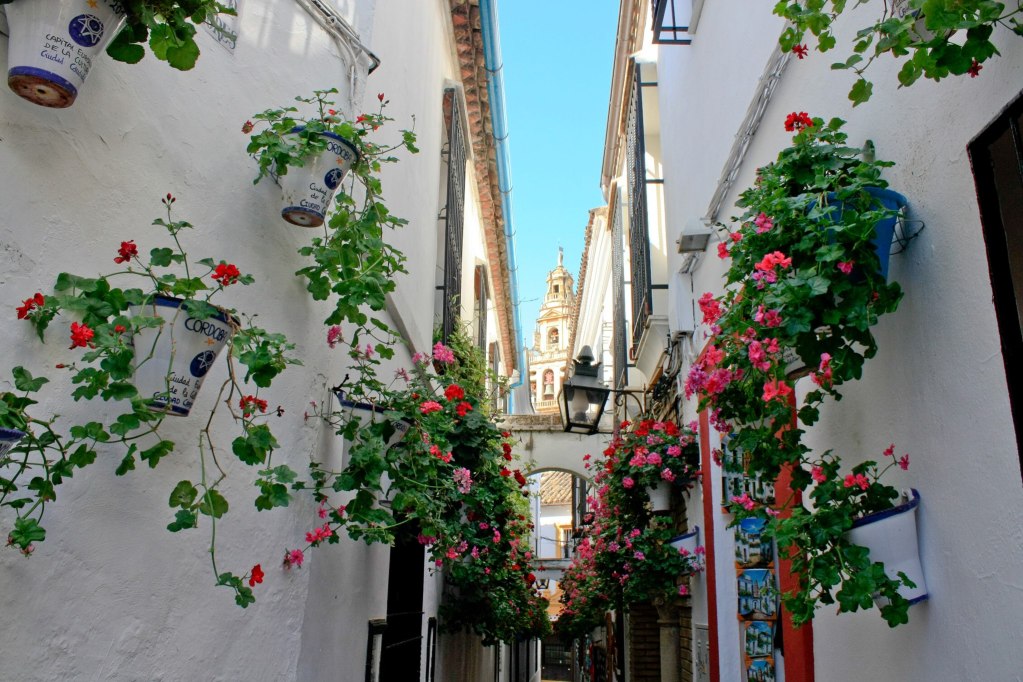 There seemed to be something going on in town – posters for a feria here and there, and a lot of people dressed up (mainly women in flamenco dresses) all walking in the same direction…so I followed along, across the river and to quite some distance. Indeed, the week-long Córdoba fair was going on! When I first went, it was late afternoon – quite hot, and though with plenty of people, it wasn’t crowded. Row after row of fancy tents…inside each was basically a bar or club! Most had flamenco music going on. 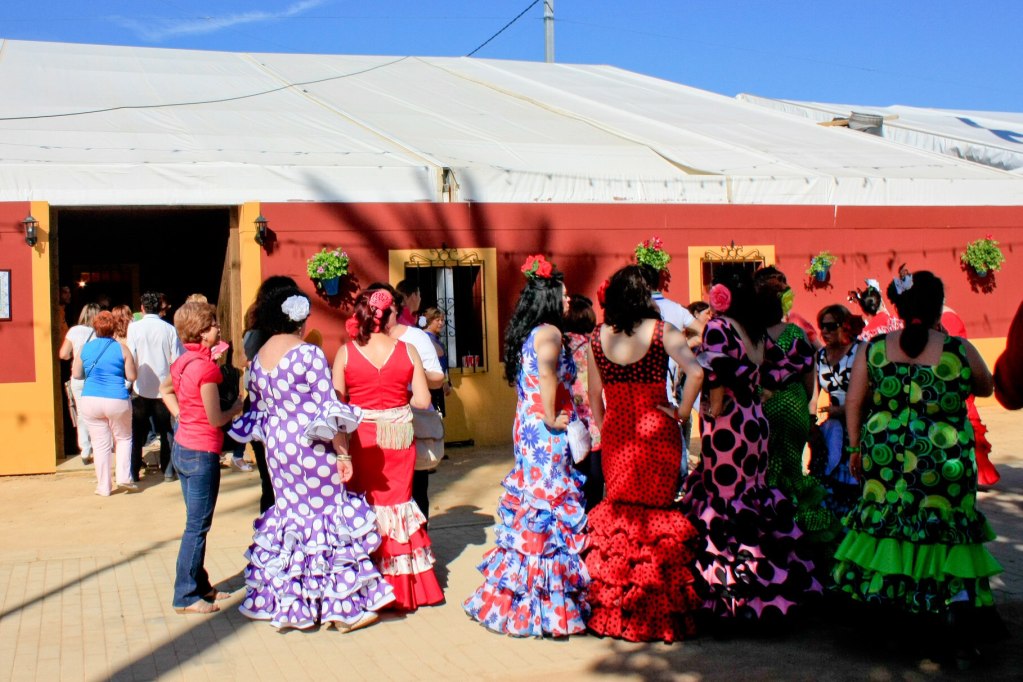 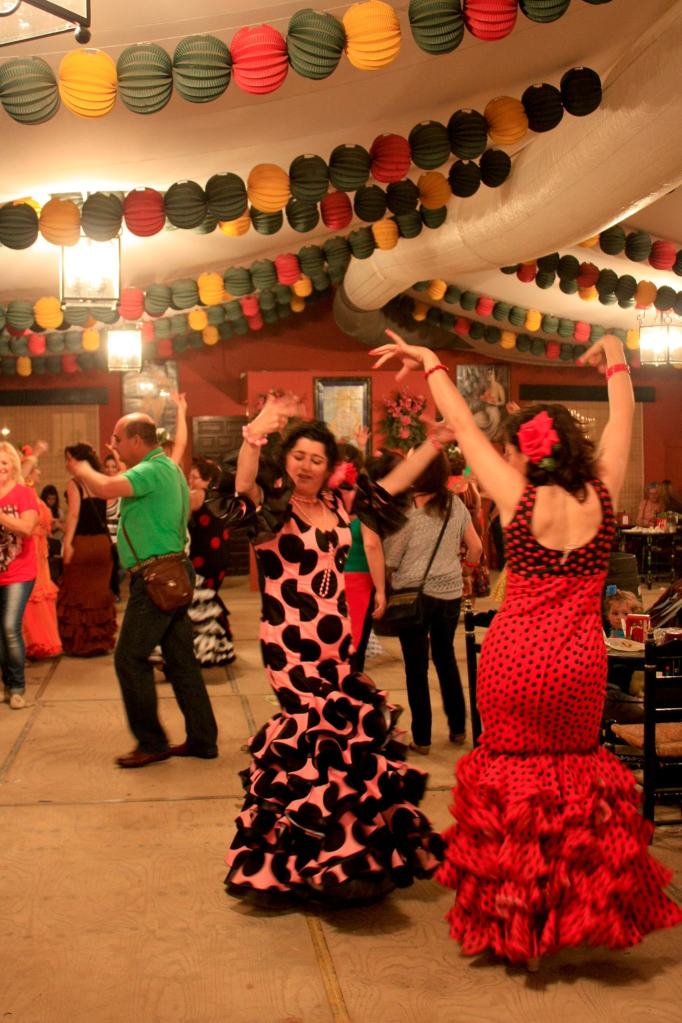 I decided to return at night, when things would undoubtedly get rowdier (and the temperature would be much more tolerable). Indeed, it was crowded and buzzing! I walked around, peering into windows mostly, but also hopping into a tent here and there to watch the locals dance and have a good time, or to watch a performance. Reminded me of the tango milonga night I had in Buenos Aires… 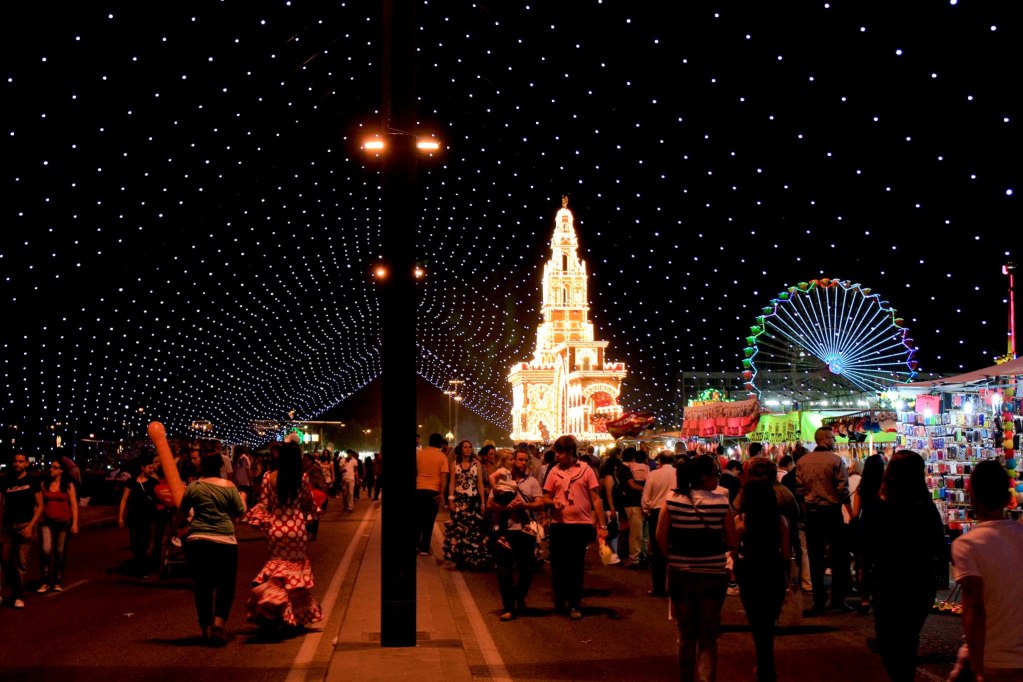 This was a family fair – there was a carnival going on as well, on the other side – rides, ripoff games, and all. Even a merry-go-round with real ponies…kinda felt sorry for them… But at the same time, plenty of drunkards! Haha…people were offering me their cigarettes randomly too. Ooookay. (It’s like most people here smoke or something!)

My next morning, I walked around the Juderia some more, and also took advantage of the morning free admission to Córdoba’s own Alcázar – smaller than Sevilla’s and less extravagant, but still pleasant. Then onwards to Granada…