Paris is the arguably the world’s most touristed city.  You don’t need me to introduce you to it, or to write about the Eiffel Tower or the Louvre or the Catacombs or whatever.  All you need to know about my stay is that I had a wonderful time with reuniting with my friends Manon and Damien (non-Parisien, as they are always eager to point out), two people I met from my time in Singapore, and that I ate a ton of pastries and French food (and particularly lost my marbles over a simple, normal, yet memorably amazing baguette).  Mmm! 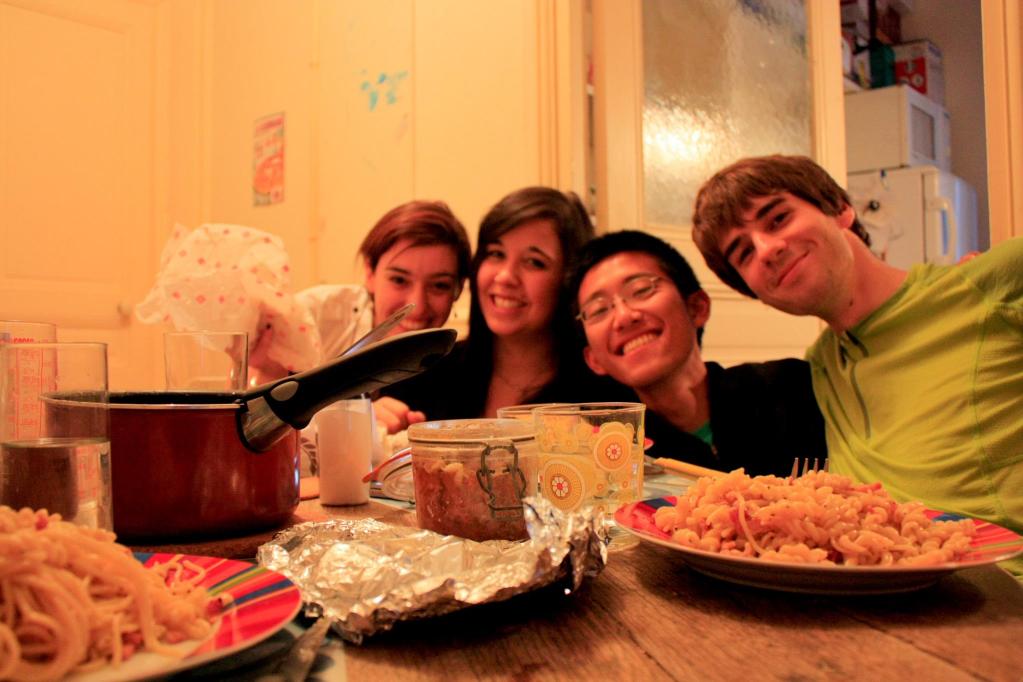 In a conversation with Manon after several days in Paris, I noted that the rhythm of the city and its many facets seemed to sum up to one concise word: indifference.

I noticed it upon arrival.  My flight from Marrakech to Paris took three hours.  It took me three hours to get from the airport to Manon’s flat.  This was partly due to my own navigational error, but also due to a strike happening on one train line.  The service change signs were barely visible, and they were very matter-of-fact: as a result of a strike, the B2 line is closed.  Simple, to the point.  I had to run up and down three sets of stairs and a bunch of crowds to find out.  No one seemed at all fussed.  Just another protest.

I took the bus from the train station to Manon’s bus stop.  I just snuck on when I realised that my fare was invalid.  Behind me, two other people walked straight onto the front door of the bus and simply didn’t pay.  Three people jumped on the back door.  The driver paid no attention to any of us.  Manon told me later that she’s never ever paid for the bus – and in my following four trips, I didn’t either, whether entering by front or back door.  No one cared, despite my paranoia.  On my last trip, no one else at my bus stop paid either. 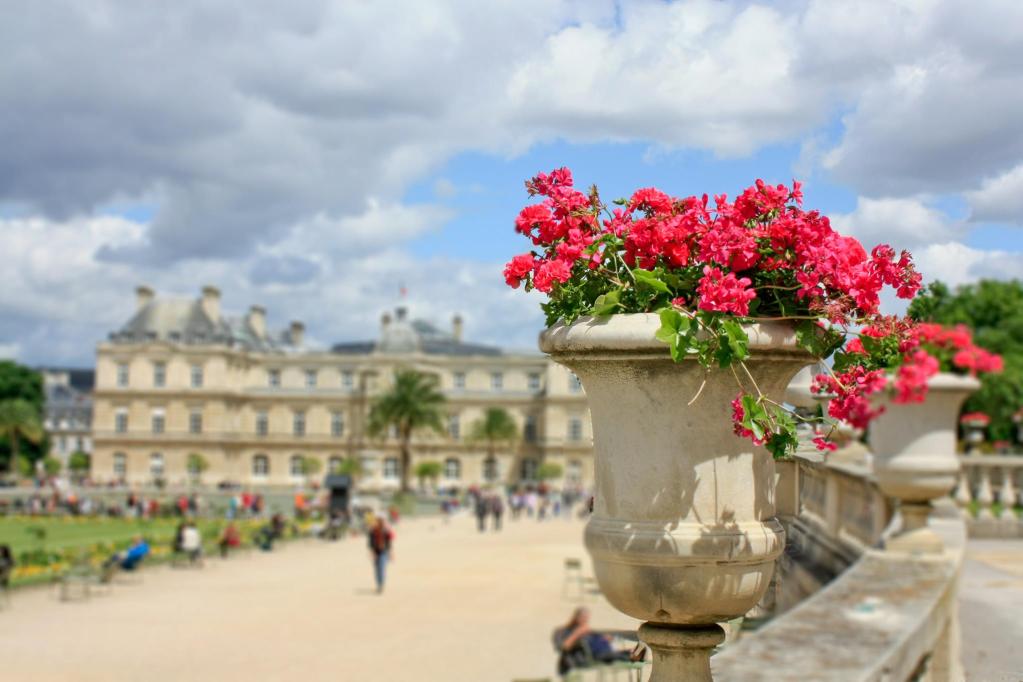 They also don’t mind how difficult it is to have a car in the city.  Bad traffic, little parking.  Every car parks so close, and I was incredulous whenever I witnessed someone park: they’d hit the bumper in front of them ever so gently, and maybe the bumper behind them too.  Cars in front and behind them would sandwich them to widths thought impossible in North America.  Every bumper – I mean EVERY bumper, whether fancy car or not – has a few nicks and scratches on them.  Damien mentioned his first time trying to park in the city: he couldn’t.  A local saw his struggles, took over, and Damien could only watch as his car was now parked in the tiniest of spaces… now how to get out again? 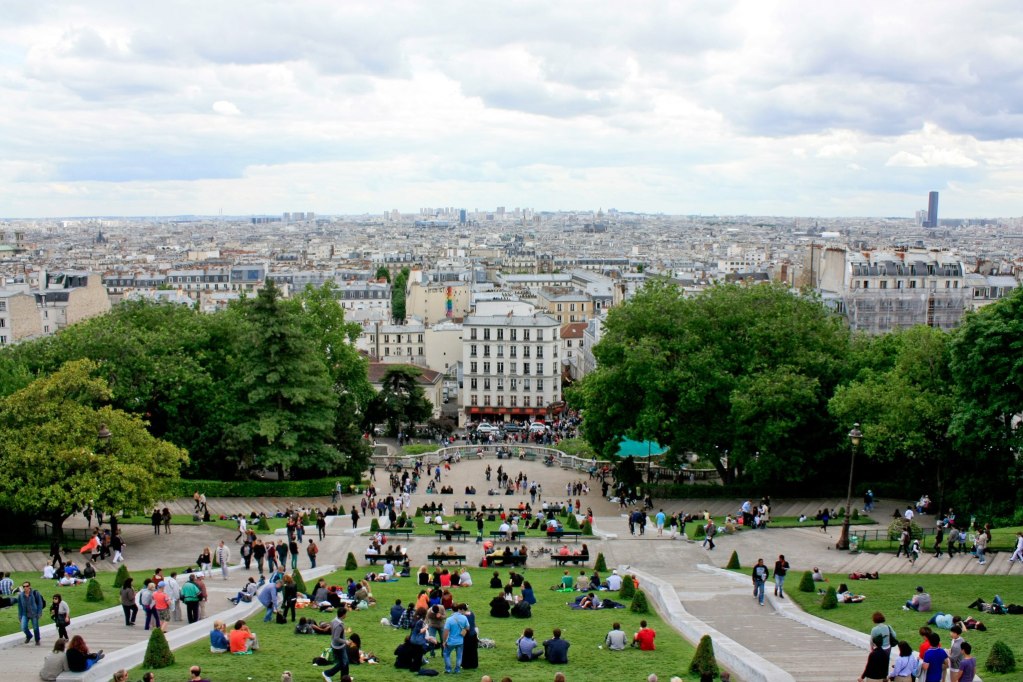 I’d walk out of the metro.  In one day, let alone five, I’ve lost count of the times I’ve seen someone jump over a fare gate or pull the exit door open…in plain sight of the security camera or the ticket counter, to zero reaction from them or any passersby.  (Though unlike for the bus, I paid every time for the metro, even as I almost felt like copying those many other folks to save some money.)  I’d walk into the metro.  Someone behind me would increase their pace, and as I slide my ticket into the turnstile, I’d notice a little nick on my heel – they’d squeezed in right behind me going through the gate.

Manon shared a few of her tidbits.  Something happens on the street?  Fight, incident, guy trying to get too close to a girl?  People will pass you by.  Someone brushes you or bumps into you?  No apology.  Unfortunate, but she contents that it’s a Parisien thing, not a totally French thing. (Apparently it’s cool to hate on Paris if you’re from elsewhere in France? :P) 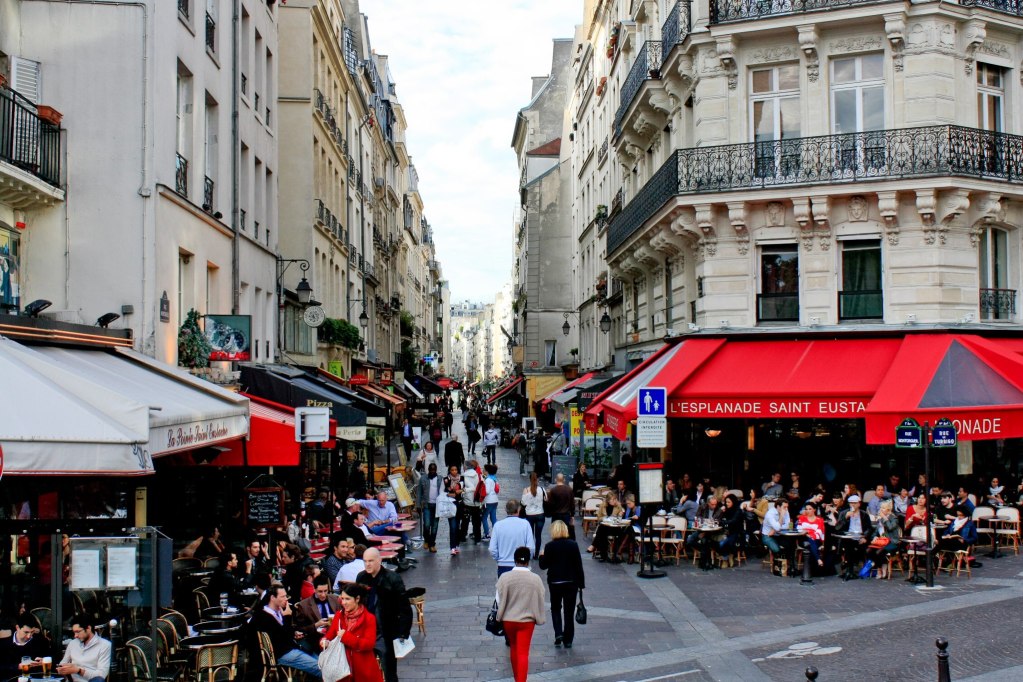 Politics?  Younger generation thinks they’re all the same.  Voting?  What voting?  Percentage is declining (though it’s still higher than Canada’s last election) as the older, more active generation is passing on.  National pride?  No American-style flag waving here or “You’re from France?  We love your country!” kind of acceptance.

On a positive note, indifference made walking around town very refreshing.  No traces of “Japon, Japon!” at all – a lovely counterpoint to Morocco.  Parisiens seem absolutely unbothered by the fact that their city is overrun by tourists, nor do they seem to notice that their city is so beautiful.  If you speak English, that’s fine.  If you speak French, they’ll reply to you in English the moment they can tell you’re not French, at least if they can (and many do).  Walk into a shop, no one bothers you – you’re just greeted with politeness when you want to catch their attention.  (Then again, this is how it usually is in the western world.)  Take pictures in a shop?  No one cares.