For those following along on the map, this is where my trip stops making sense, at least in terms of an intuitive route.

I had five days in Berlin to visit some very good friends of mine from NUS – Johannes, my amazing roommate, who is actually from Berlin, and Peter and Andrea, who are both not from Berlin but are great friends that I travelled with several times. This was really the only reason I came, but hey, it’s Berlin!  With Johannes busy with exams, Peter busy with a project, and Andrea coming a few days late but taking slow trains from southern Germany for 12 hours just to see me, I had plenty of time to explore the city – although Johannes gave me a quick but wide-covering tour on my first night alone. 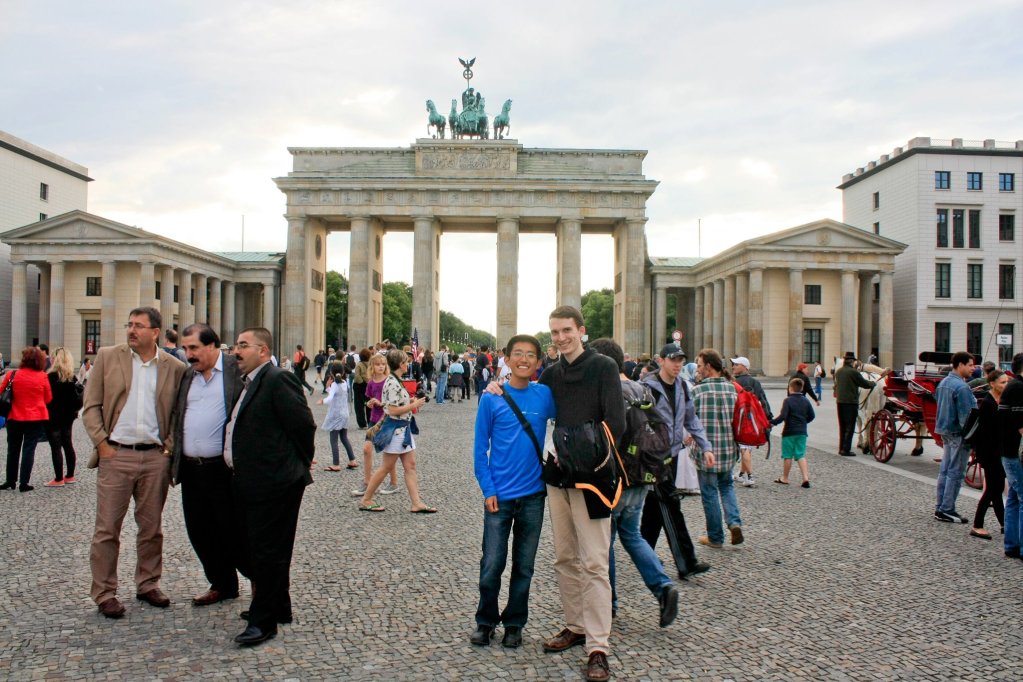 Upon Johannes’ and Peter’s recommendations, I spent quite some time checking out the Pergamon, a giant museum that could make anything interesting!  Its exhibitions are on Greek and Islamic-Eastern history.  Most museums would just take a bunch of artifacts and stick them into a display case, but the Pergamon opted to attempt to reconstruct the grand palace walls and gates by piecing the ruins together and leaving the gaps to imagination.

My last Germany entry did mention how it seemed that Germany was still under the shadow of its war history, but I think I understand a bit better now.  I headed to the famous Checkpoint Charlie (site of Reagan’s “Tear down this wall!” speech) and the nearby Topography of Terror museum, which detailed the rise of Hitler, WWII, and the Holocaust.  One point of focus of the exhibits that struck me was how the German people let Hitler do what he did, either turning a blind eye or turning almost inhuman to the atrocities of the time.  I can see a little more why people in Germany are antsy about blind flag-waving nationalism nowadays, to prevent the hyper-nationalistic superiority complex from ever happening again.  The exhibits certainly did not flatter anyone and were blunt even on the country itself.  The images were extremely affecting and nearly brought me to tears – not just images of the fighting, but of victims led to be hanged (and hanging) or shot, soldiers posing with prisoners, dead bodies, dissenters having their heads shaved and/or walking around with “I am a traitor”-type placards, humans led like cattle, Eastern Europeans randomly being pulled from their villages to work in camps…  And the stories of many Nazi soldiers who got away consequence free, working again in the next government!

As if poor Berlin (and Germany) didn’t have enough to deal with, the country and city was divided into US, French, British, and Soviet parts after the war, and then the Berlin Wall came up in 1961, diving the city and isolating West Berlin from the rest of West Germany, plus East Berliners from their kin living across the border.  Oy vey.  All around town and also in the museum, I ran across exhibits and photos about life with the wall and the dead zones around it.  Today, the former site of the wall is drawn on the ground through the city, with pieces still remaining, graffiti still intact or new graffiti commissioned (like the wonderful East Side Gallery).  Signs of the division are subtle but still there – like the glitz and modernity of the west, and the many Soviet-era buildings still standing in the east. 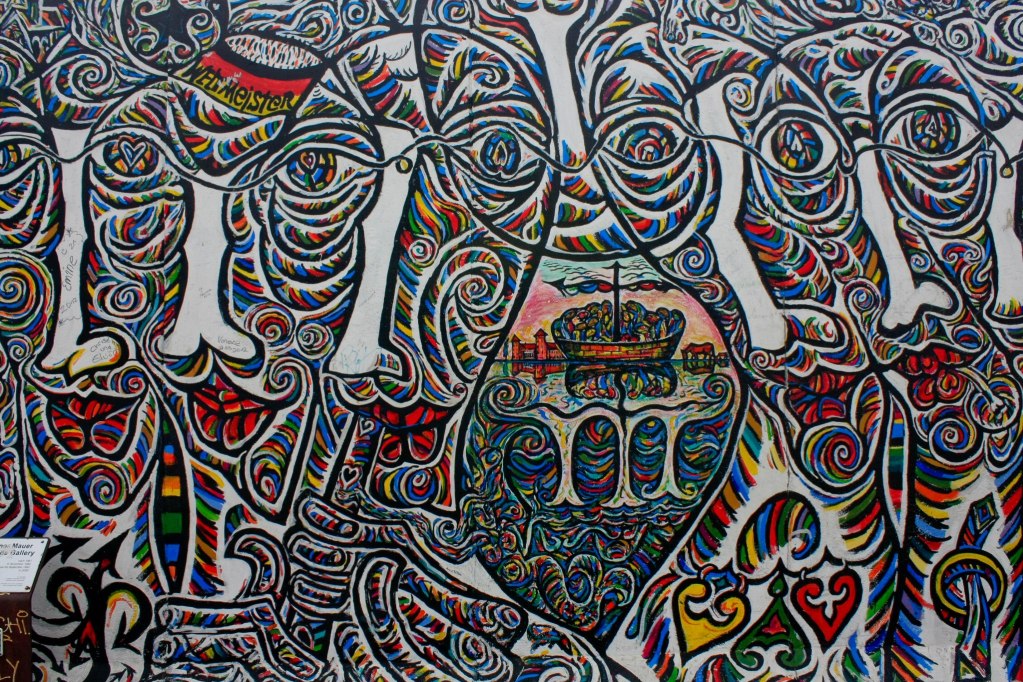 The stories told to us on our tour of the Berlin Unterweld (war bunkers) were captivating (though also depressing).  Especially hearing about Joseph Goebbels killing himself and his family because they couldn’t imagine a life without the regime…I wonder how many others were equally convinced of their cause in WWII.

Also: currywurst, kebabs, and beer.  Oh, and a little daytrip to Potsdam.  I’ll leave the rest to pictures.  Johannes, Peter, and Andrea – it meant so much more than you know to me to see you guys again, and you guys are what I will remember most about my time in Berlin.  I’m sure we’ll see each other again soon! 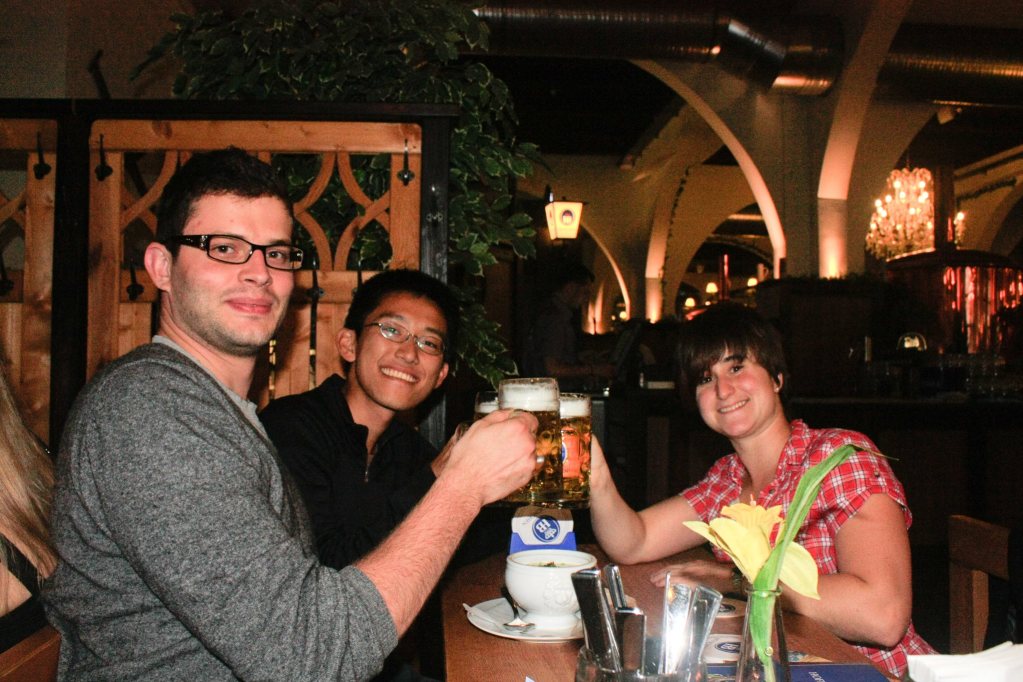