Ireland is the last new country of my trip, and my final portion of solo backpacking.

Just like for Macedonia and Kosovo, I wasn’t planning on being here.  The Schengen problem led me here, and it seemed an appropriate way to decompress from the emotional turmoil of the last little while and the funeral in Stockholm.  While I had a week for Ireland, in contrast to Macedonia and Kosovo, I chose to keep the number of destinations low and spend more time in each.

I spent a couple days in Dublin (Irish: Áth Cliath), which is quite small.  Admittedly I wasn’t in too much of a mood to see things.  The rain didn’t help – it felt like a rain cloud was following me half the time!  You can literally see that it isn’t raining across the street, or vice-versa.  On a city tour, I learned a little more about the history – the shamrock (Catholics explaining the Trinity), invasions, countless failed uprisings, gaining independence from the UK in 1922, the Northern Ireland split due to religious causes (Rep. Ireland is Catholic, the North is Protestant), and the droughts that killed so many and caused many others to emigrate, bringing Irish culture and pride (see St. Patrick’s Day, a largely expat creation) around the world with them while causing Ireland to lose 20% of its population that it has never recovered from.  Still, how mere religious divisions can cause wars is really lost on me.

Being in the only officially English-speaking country (one out of 20!) for my entire trip was also a little disorienting, in a good way.  Granted, Ireland is bilingual and signs are also in Irish Gaelic, but hardly anyone speaks it.  If you try to read it…don’t bother!  (For example, one of the tour guides’ name is Aoife.  That’s pronounced like Eva.)  But it was nice not to struggle at all for once.  Well, except for that really really strong Irish accent…

Yes, there is a Leprechaun Museum.  No, I didn’t go.

I spent most of my time walking around neighbourhoods – the shopping corridor of Grafton Street, Temple Bar, and the southeast area of the city comprising of those famous Georgian-style houses that look exactly identical except for the vibrantly-coloured doors.  But of course, I did save some time for a visit to the Guinness Storehouse.  Never had a stout before, let alone any dark beer – interesting. 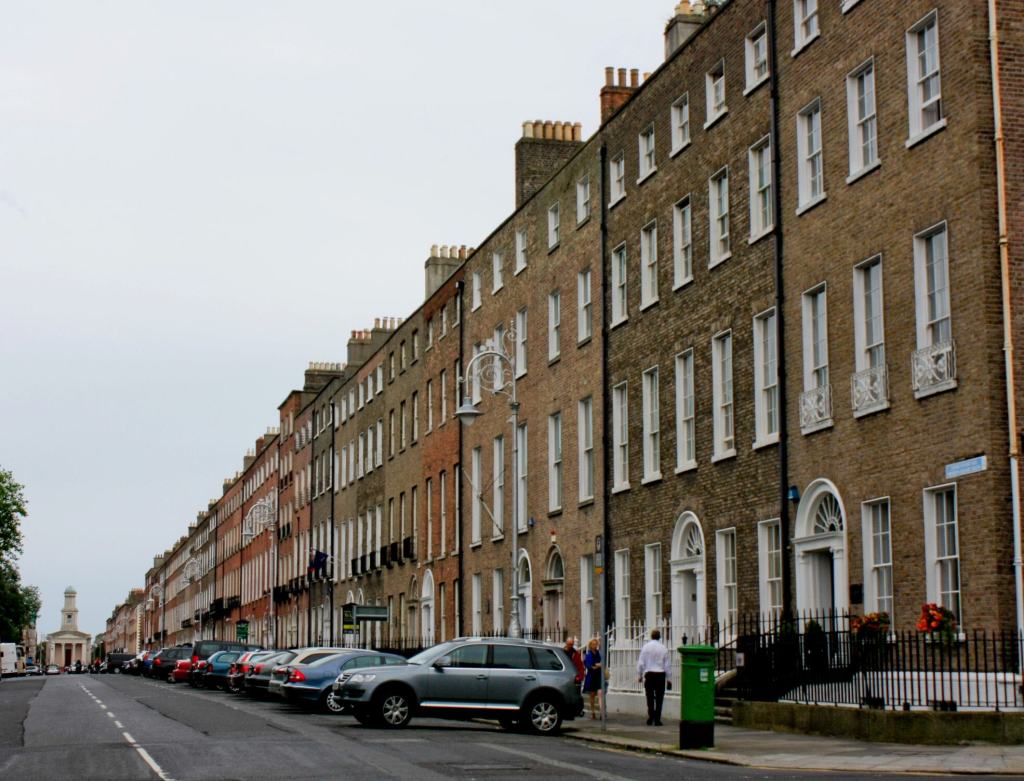 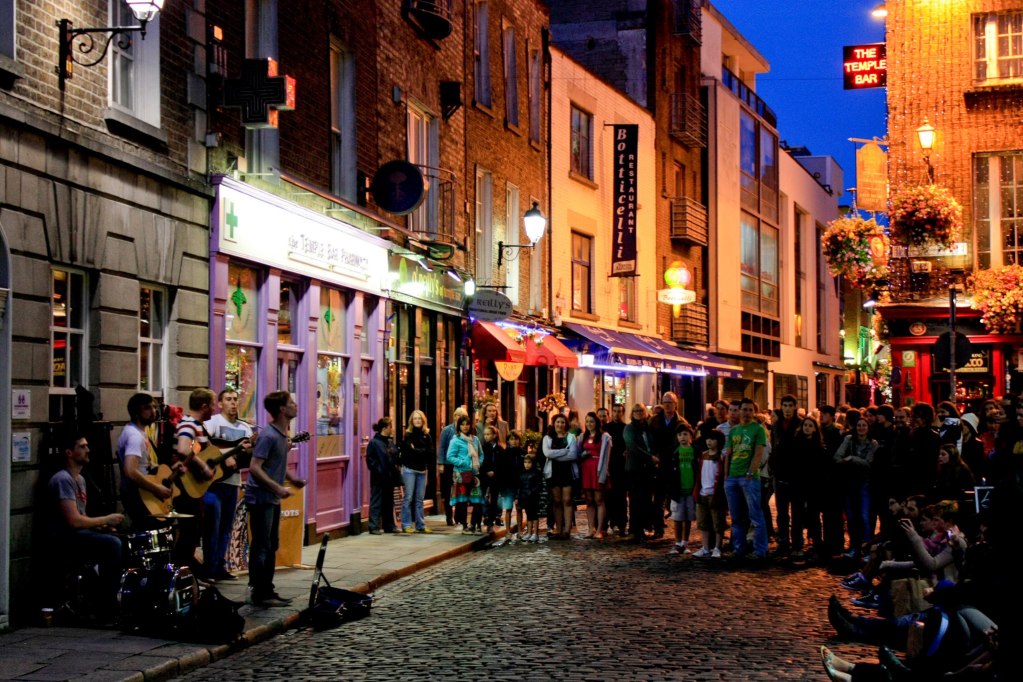 My purpose for visiting Ireland was really to get away from people though, so Dublin didn’t suffice there.  (Still, a nice city.)  My second destination was Galway (Gaillimh), to catch a daytrip to see Ireland’s most visited attraction, the stunning Cliffs of Moher and the Burren (karst rock landscapes).  The scenery was incredible, but having to go on a bus tour and being herded around was a little bit stifling.  The best moment of the day was jumping over the southern barrier at the Cliffs of Moher (prohibited, but plenty of people do it anyway) and walking further and further right along the edge, to see that dramatic 200 m drop better.  I caught some traditional music (and more beer, of course…sigh) at a bar that night.  Nice atmosphere, great musicians and fiddling, and I had to experience it of course, but again not what I was looking for. 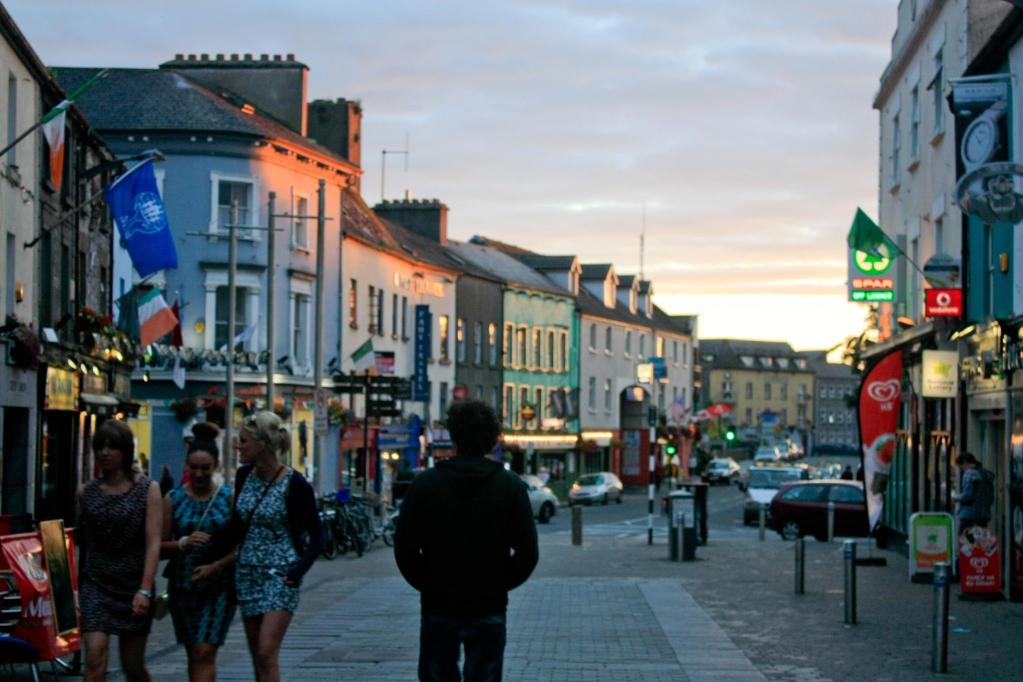 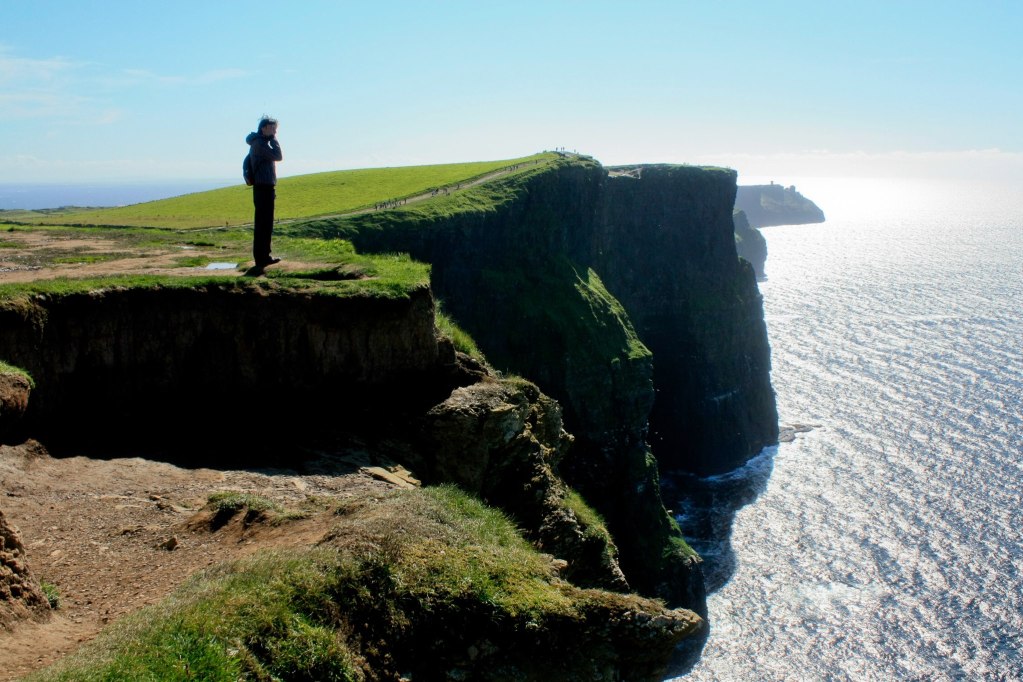 For my final stop, I chose to head to the Aran Islands.  There are three of them – Inishmore (Inis Mór, meaning “big island”), Inishmann (Inis Meáin, “medium”), and Inisheer (Inis Oirr, “small”).  Originally, I wanted to pick the most secluded I could find, but accommodation was difficult on the two smaller islands.  I settled for Inishmore, and I’m very glad I went there.

There were plenty of daytrippers to Inishmore, but not many staying overnight, let alone the two nights I did.  Like everyone else, I rented a bike.  And it was certainly easy to get away from anyone, just either by waiting or heading off the beaten track.  The whole island is covered in rock fences: Ireland’s traditional style.  Rocks are simply stacked and walls are formed.  That’s all.  No cutting, glue, or special structure.

Dun Aengus (Dún Aonghasa) is the main attraction of the island – an enormous rock fort with walls 4m thick.  To top it all off, it’s situated incredibly on the edge of a precipitous cliff drop.  But I found the setting of the Black Fort (Dún Dúchathair) much more incredible – no one around (too far for the daytrippers), endless landscapes of wild grass, karst limestone, and cliffs.  I went three times in two days and sat there for hours, taking it all in.  I was alone save for two or three other people wandering by once in awhile.  It’s an incredible feeling, the feeling of being so small and insignificant, with the noise of the giant crashing waves and the wild wind. 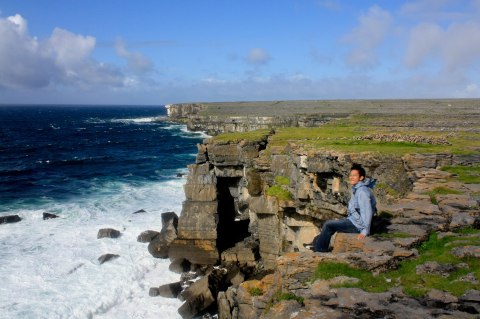 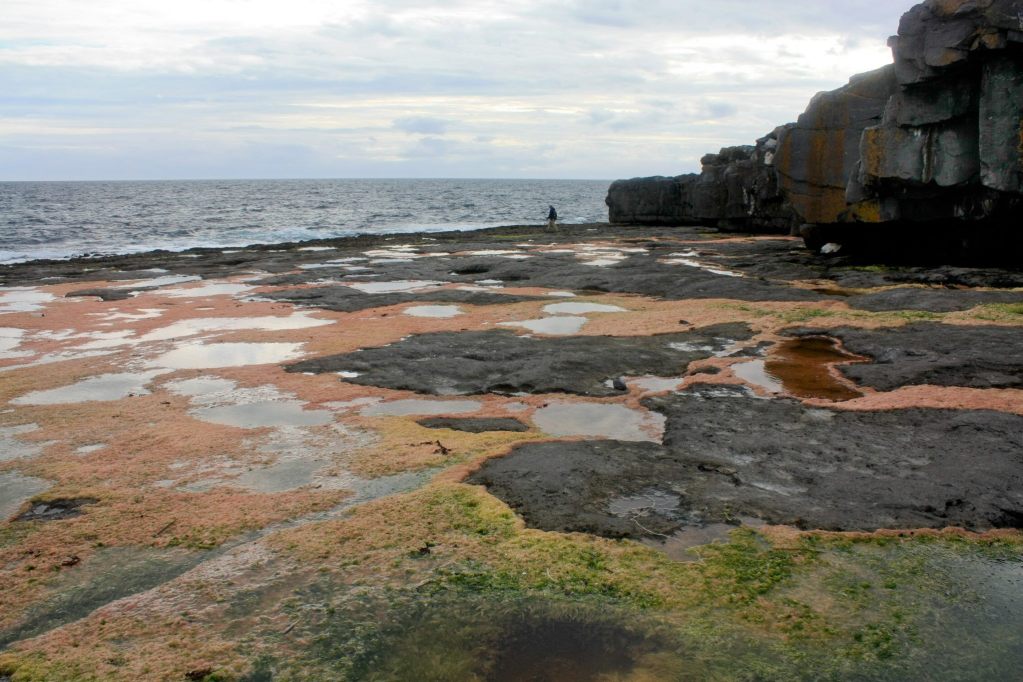 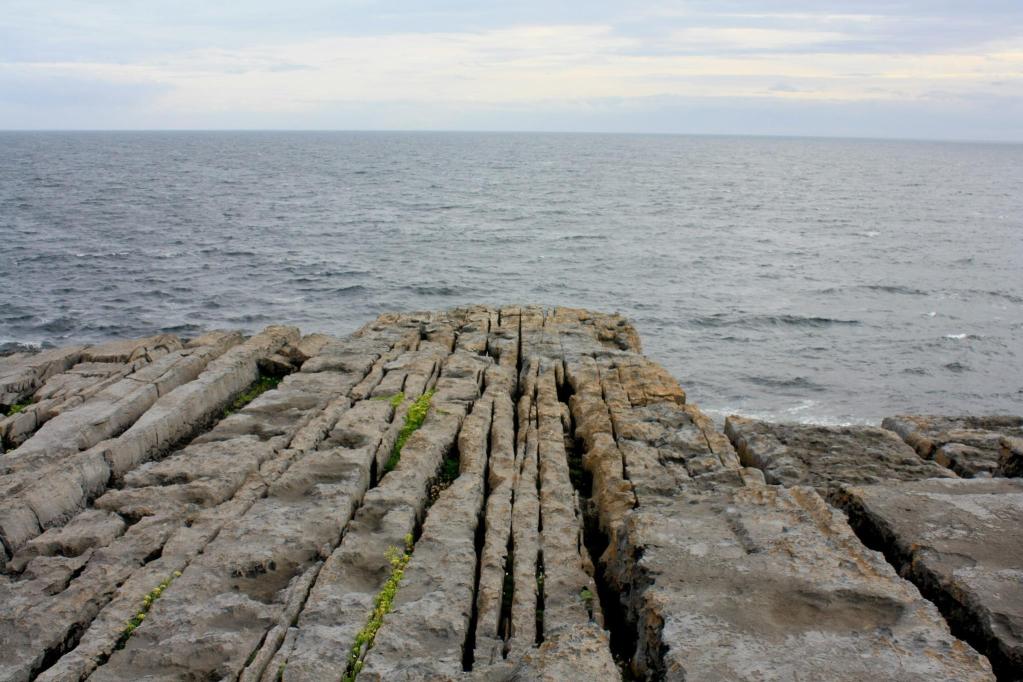 As if that weren’t enough, I think my most indescribably beautiful time was at the old lighthouse, the highest point on the island.  I can’t describe it as anything other than walking in a dream.  I didn’t see a single person, but I did see a few rainbows with the frequently alternating showers and sunshine.  With so much on my mind, coming to a complete stop and taking in the scenery was exactly what I needed.  It certainly didn’t bring any answers, but I felt the burden lifted.

I could really keep on travelling indefinitely, and though my mind is refreshed after this week, I am ready for the end.