It took two miserable days of travel to get to Mole: an 8 hour bus ride from Kumasi to Tamale arriving at 5:30 pm, a 4 am wake-up call to buy a Tamale-Mole ticket at the station after every local I encountered told me they’d sell out (they didn’t, and the bus wasn’t full), and a 2 pm departure that ended up being at 5:45 instead, on the dustiest road known to man in a bus with open windows. At least Jessica, Felix (both rejoining me direct from Accra), and I entertained ourselves during the long wait for the bus by chatting with children (after school, selling sachets of water, ginger, toothpaste, candy… anything their parents sold) who taught us some words in Dagbani and Twi. My poor attempts certainly got the other locals laughing. At least know I know how to say things like “good afternoon” (Dagbani: antsere), “what is your name” (ayuli), “ginger” (kakadro), and “is your mother in the house?” (Twi: u maame wo fie?) And of course, “thank you” (Dagbani: nan desugu, Twi: medaase), which always brought pleasantly surprised responses without fail whenever I used it.

We arrived in Mole around 10 pm, sweaty and covered in red dust. We all looked like we changed ethnicities and dyed our hair. All of this trouble is definitely worth it.

7 am! Bright and early. Time for a walking safari! Probably the only place you could ever do this in Africa, or the world. 10 cedis for two hours with a guide. That’s $4. A latte at Starbucks, basically. 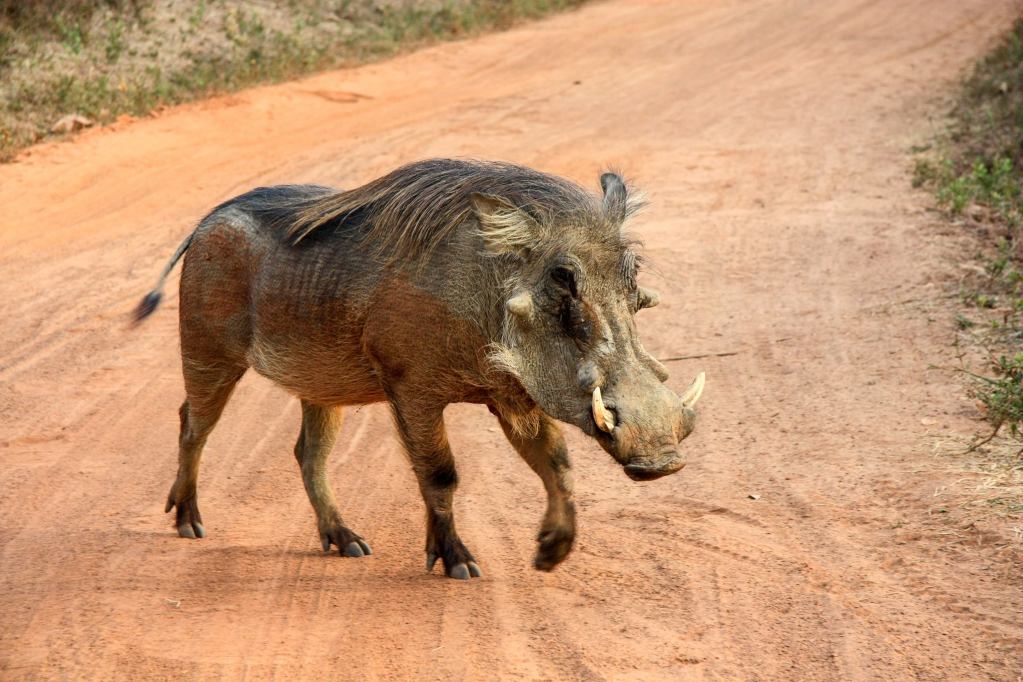 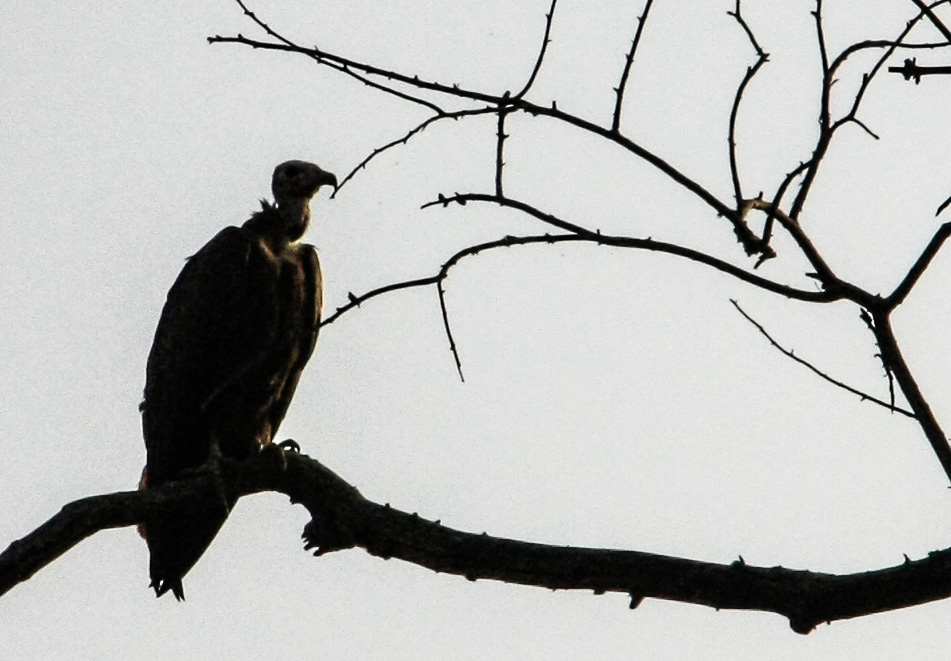 And so with our guide Osman, we followed elephant tracks that were only about 100 metres from our room, saw some antelope, vultures, egrets, guineafowl…, learned about how animals like to gather around salt licks to get the minerals they need (present in meat, so vegetarians only), where they could be potentially cornered by hyenas, learned about various trees and plants… And then! An elephant feeding! 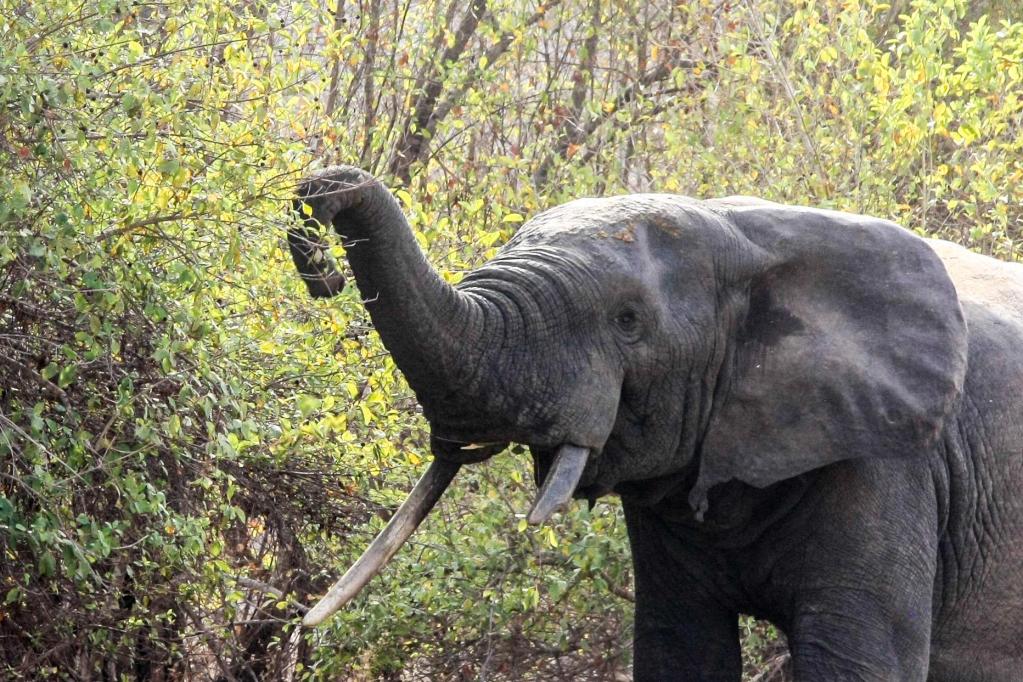 At first a bit apprehensive, he soon calmed down and went about his business — you can tell when they swing their tails left and right. We were able to get about as close as maybe 5 metres.

Our two hours up, we reluctantly returned for breakfast, only to find that an hour later, 8 elephants (visible from the motel) were headed to the water hole! We got Osman to take us down again, and we sat for 2 whole hours watching the elephants, all male and including a young one, bathing and playing in the mud, mere metres away. 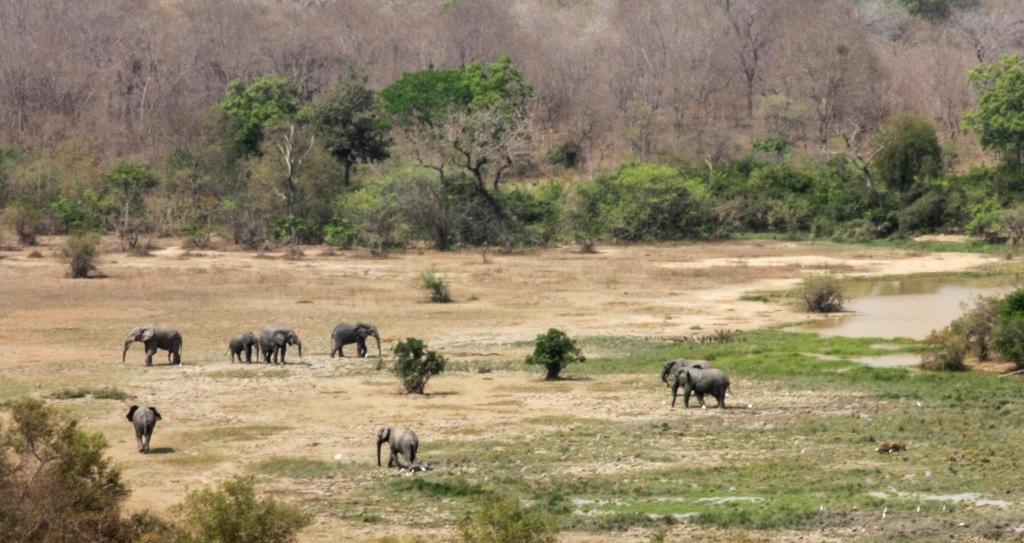 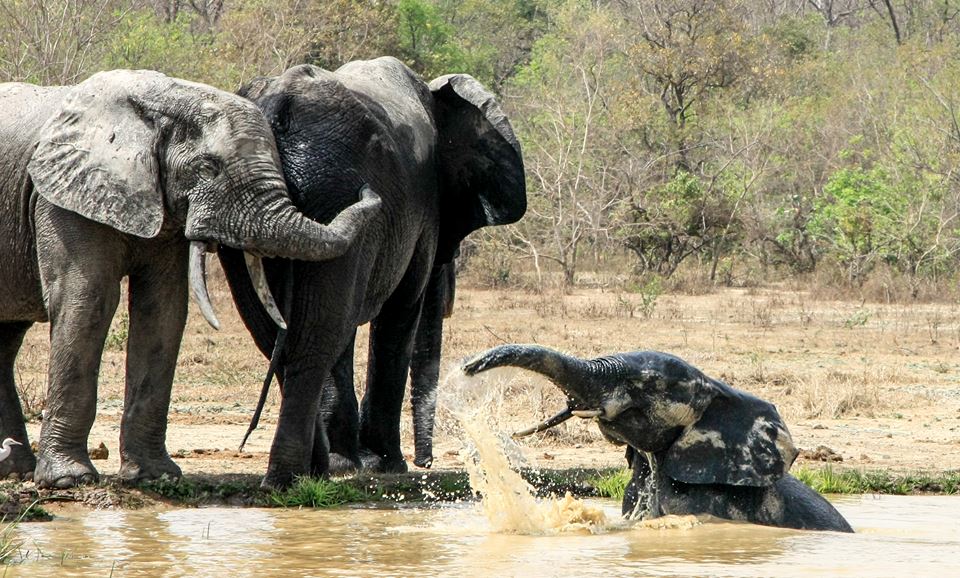 After lunch and a dip in the pool, not having had enough yet, we joined another group for a vehicle safari, where we all sat on top of a 4×4. While we couldn’t get as close to the wildlife, we saw far more, including herds of antelope (roan, bushbuck, kob) running across the road, the eyes of a crocodile peeping from a water hole before dipping below, and last but not least, an elephant chasing us, after ripping a tree in half to eat it. Incredible.

Still not having had enough the next morning, we went on another walking safari the next morning, to catch a glimpse of a baobab tree, the largest in West Africa. We were rewarded by the sight of another two elephants feeding together.

For our finale, joined by Carlo (Germany), we hopped on some motorbikes to the nearby village of Mognori and had a canoe safari. Though a little bit expensive for what we got, we saw a few species of vividly coloured birds, primarily kingfishers, and saw some tracks of elephants that crossed the river. It’s too bad we ran out of the time to overnight there, it would’ve been lovely to sleep on a roof under the stars! Next time. Hey, at least I got to drive a motorbike for the first time. 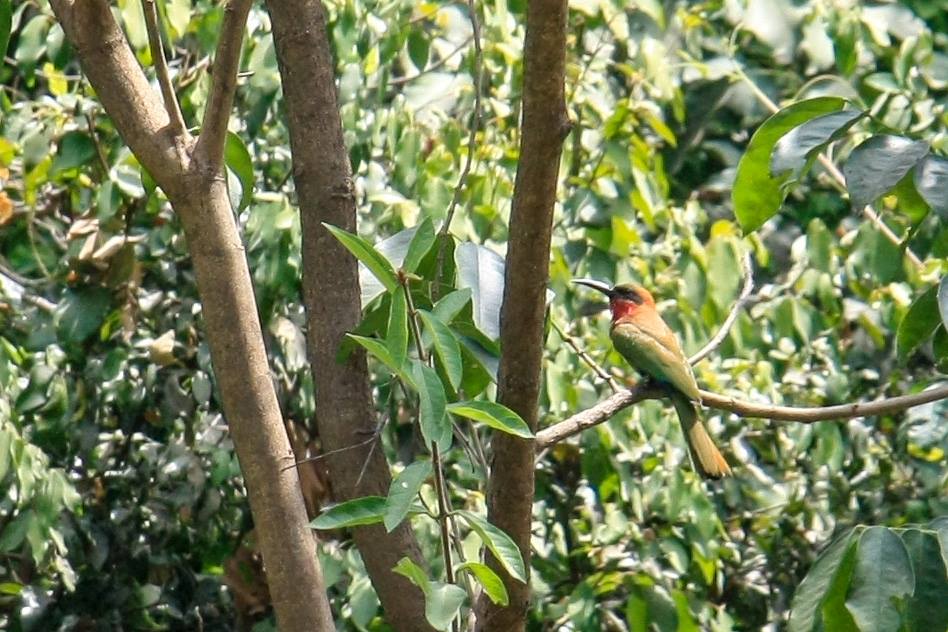 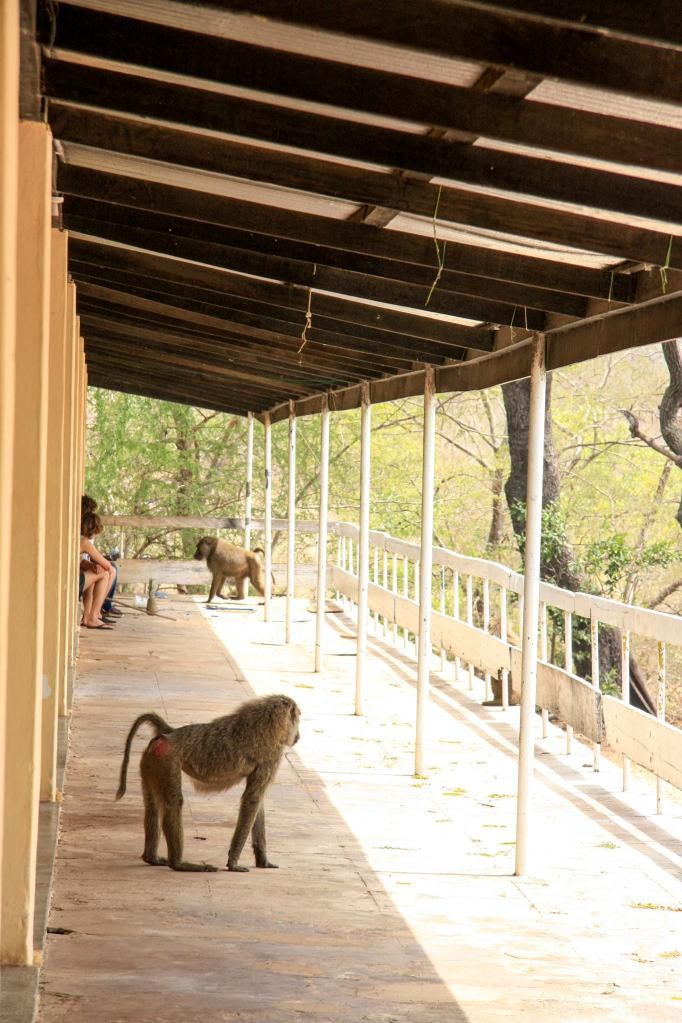 In between all of this? Serious conversations (with me listening in horror) of buying and killing a goat for a feast after giving it its best last day ever, a deeper foray into local cuisine (turns out neither fufu nor TZ with a slimy baobab soup were much to our tastes), watching elephants congregate while having tea, baboons everywhere messing up our hanging laundry and trying to steal Felix’s cigarettes, and the fun motel staff actually using a slingshot on any errant baboons. Being away from the chaos of a big city was also a big plus, too, and I enjoyed the relative silence and cleaner, cooler air.

Worth the long journey. And worth the return journey too.

One thought on “Tracks”