Laas Geel is Somaliland’s one real tourist attraction, but getting there is not the easiest or cheapest thing. For one, it’s 50 km east of Hargeisa, which means you need to find a way to get there: hiring a driver being the most common. But the other thing, required by law for foreigners even though it’s perfectly safe, is that you need to hire an armed guard. Somaliland takes the security of foreigners seriously, especially after an incident some 13 years ago. At my hotel, I was lucky enough to find four Russian/Ukrainian travellers (one of whom is visiting her 150th country!), who flew into Somaliland for just a single day and hired a car and guard, so I joined them and split the costs.

In the midst of a rocky, shrub-filled landscape, we came into a turnoff pretty much in the middle of nowhere, with absolutely no one around. Our guard, Abdirahman, became our guide, but there was no information he could give us other than where to go! Up some stairs and around a rock face, we came to several rock shelters and caves, and found them covered in paintings in ochre, brown, orange, and white, of primarily cows and people and perhaps a few other animals, all in a stunningly excellent level of preservation.

No one’s exactly sure why they’re there! The site was only discovered by archaeologists in 2003, though I’m sure the locals have known about it for much much longer than that. But all we know, really, is that herders probably drew them, and that they’re at least 5000 years old, possibly up to 11000. Crazy! We spent well over an hour just taking it all in and exploring the surrounding landscape. 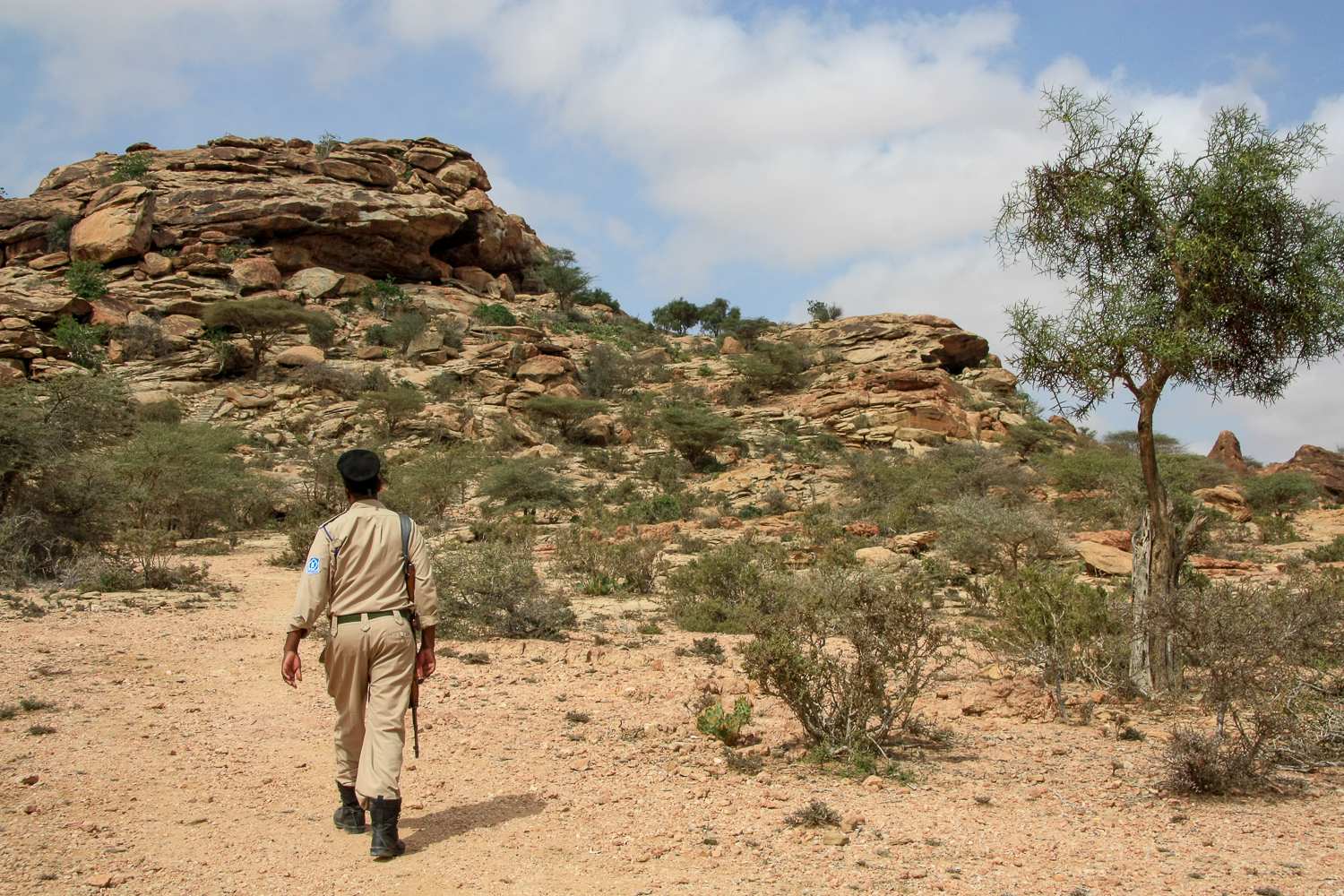 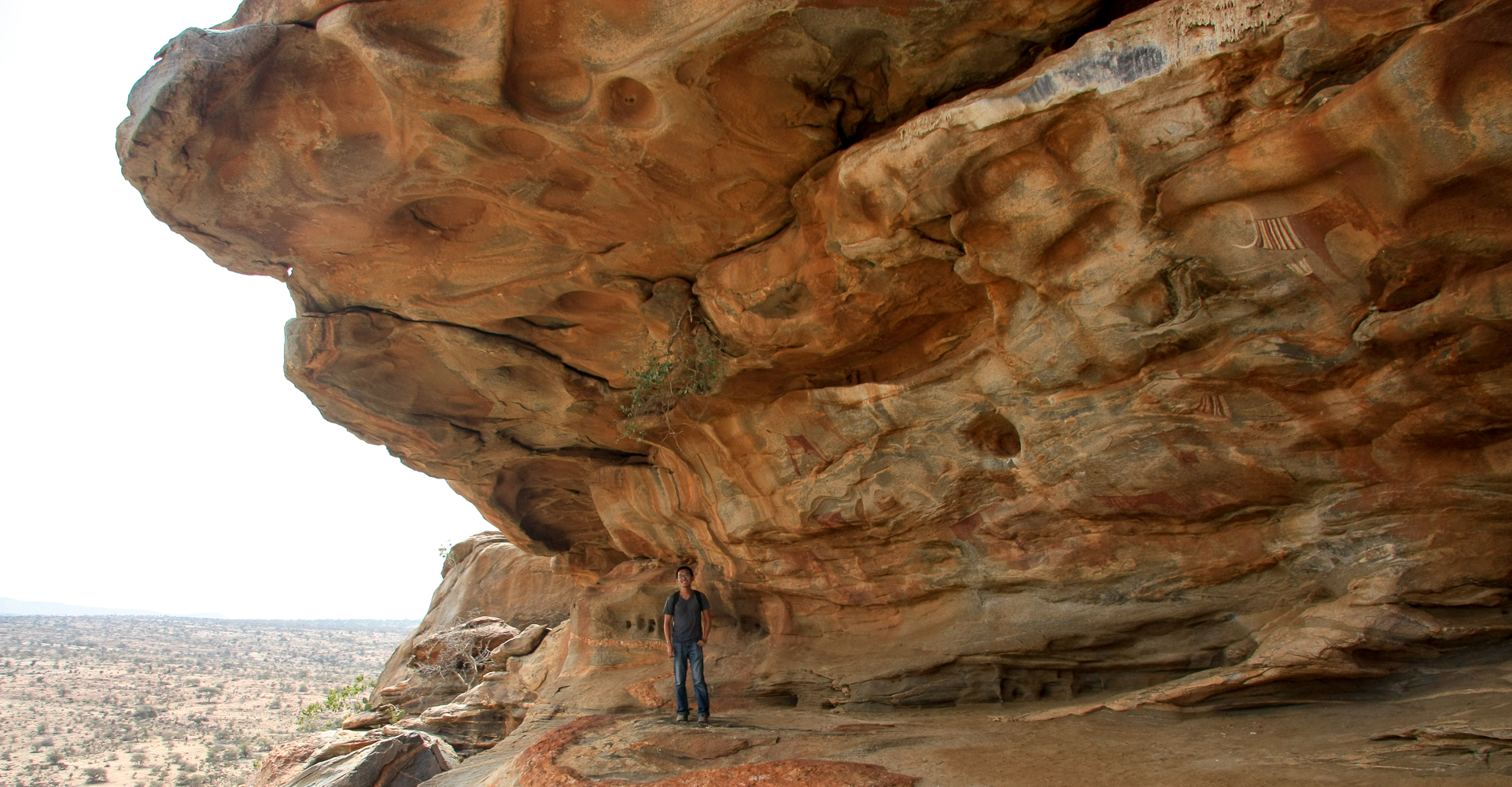 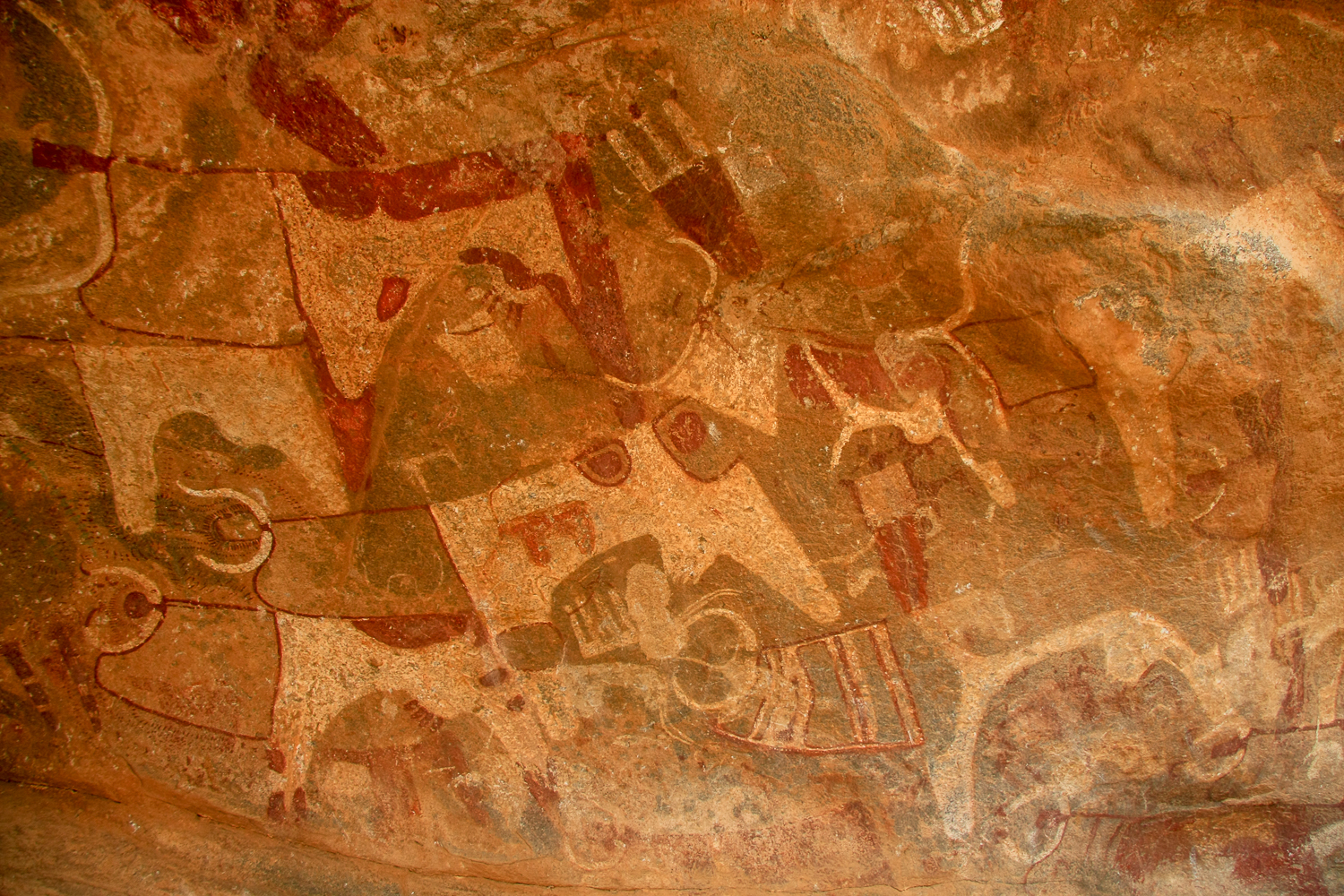 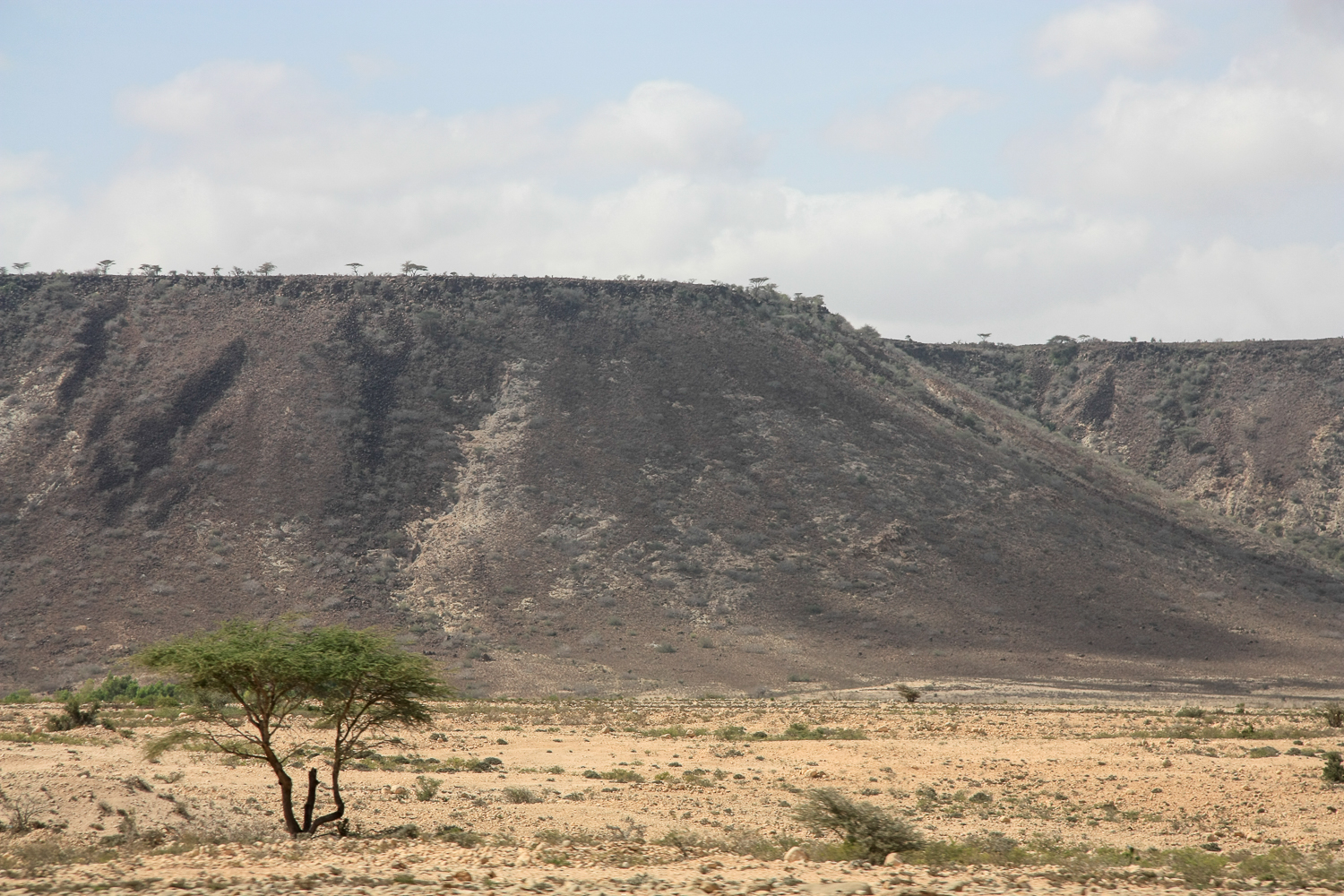 Continuing to descend towards the coast, we continued onto the port city of Berbera. It’s… seen better days. The town’s beach is polluted, the shore is littered with shipwrecks, and the buildings are seriously crumbling both from the civil war and from neglect. There is some beauty to the latter though; the old British colonial buildings are still evocative, even as its walls and window panels fall into ruin. But most perplexing was the fact that virtually no houses or businesses (save for fisheries) were built anywhere close to the water. The town itself ends at a giant stretch of sand, well before reaching the Gulf of Aden. Perhaps people just don’t like the humidity! 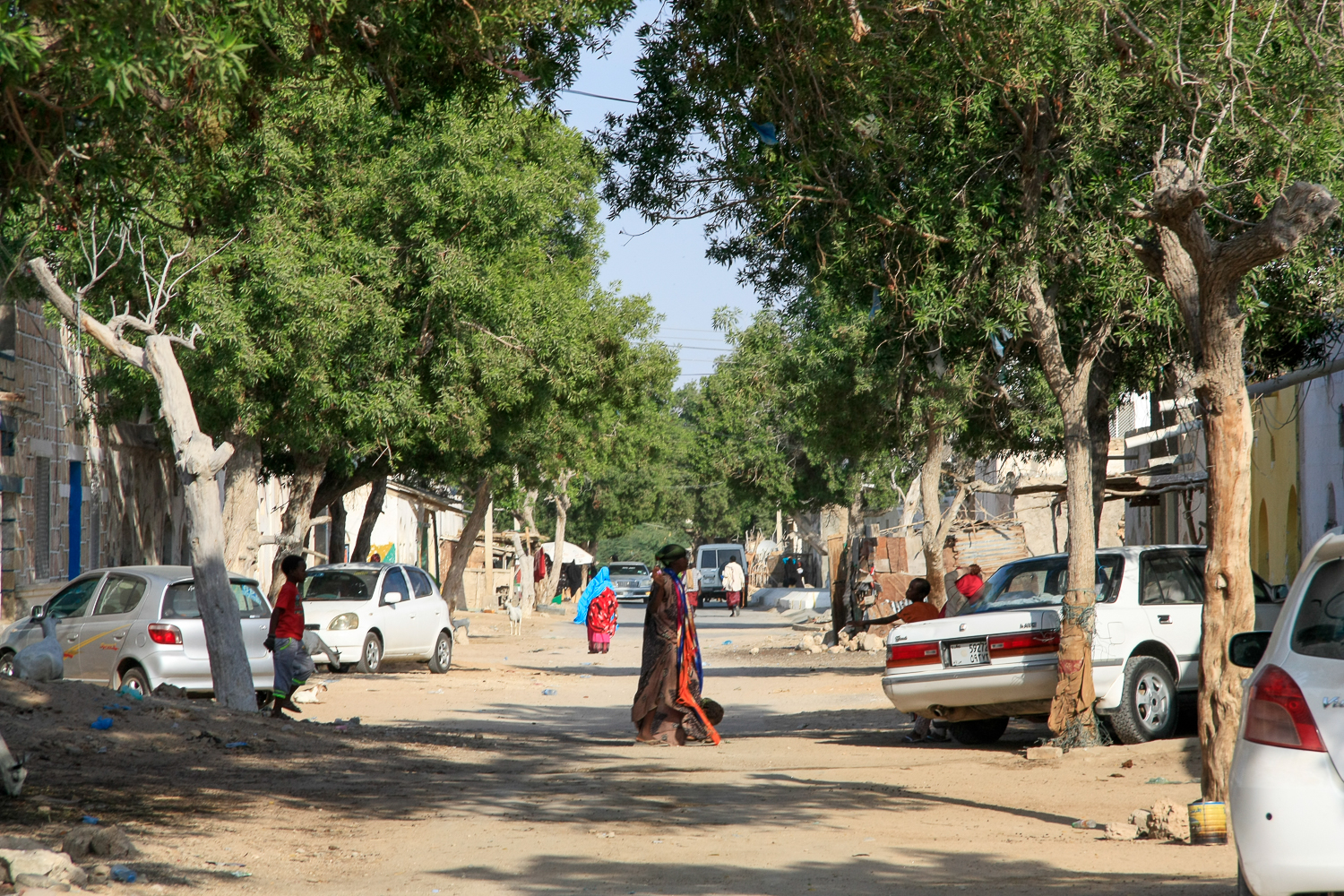 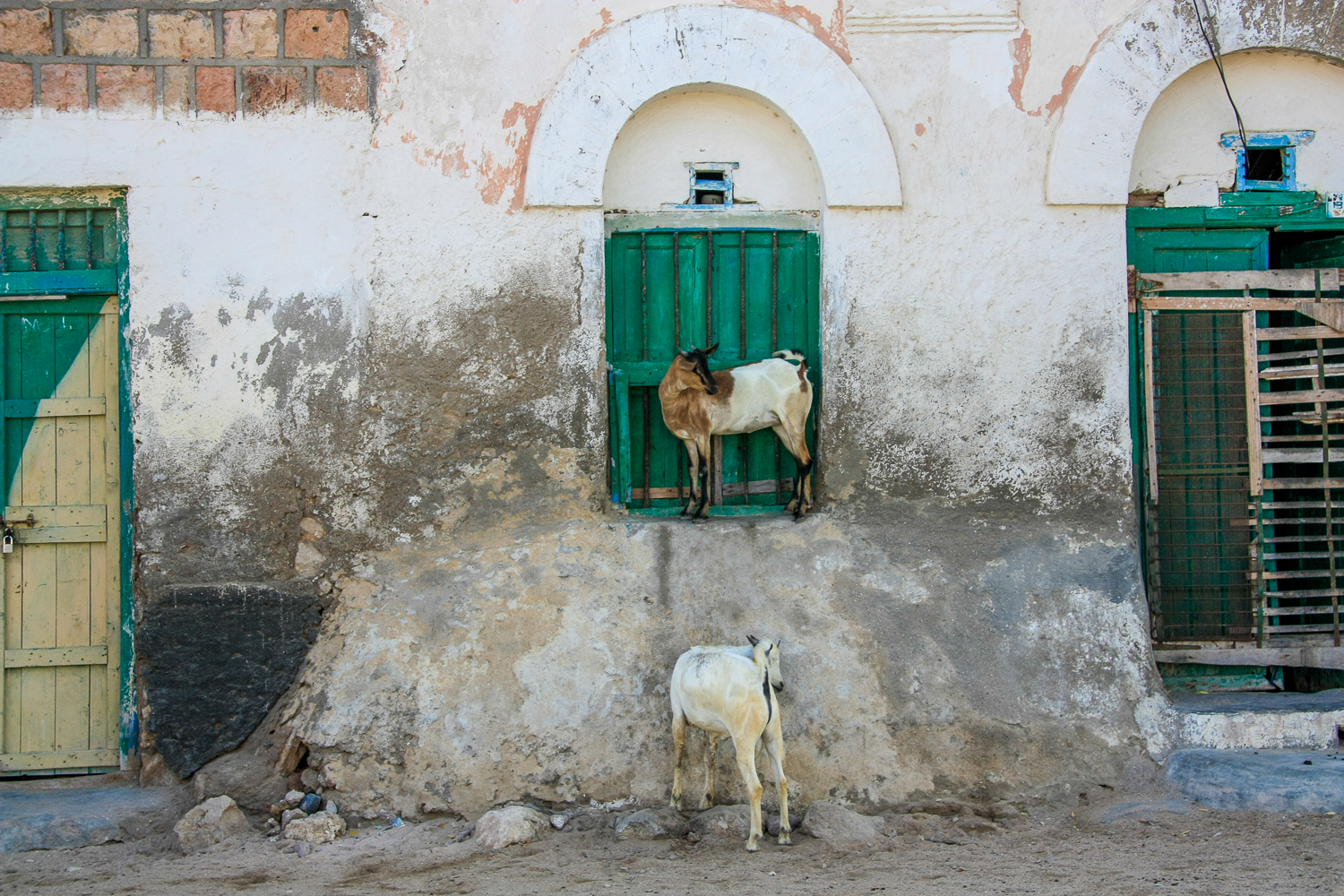 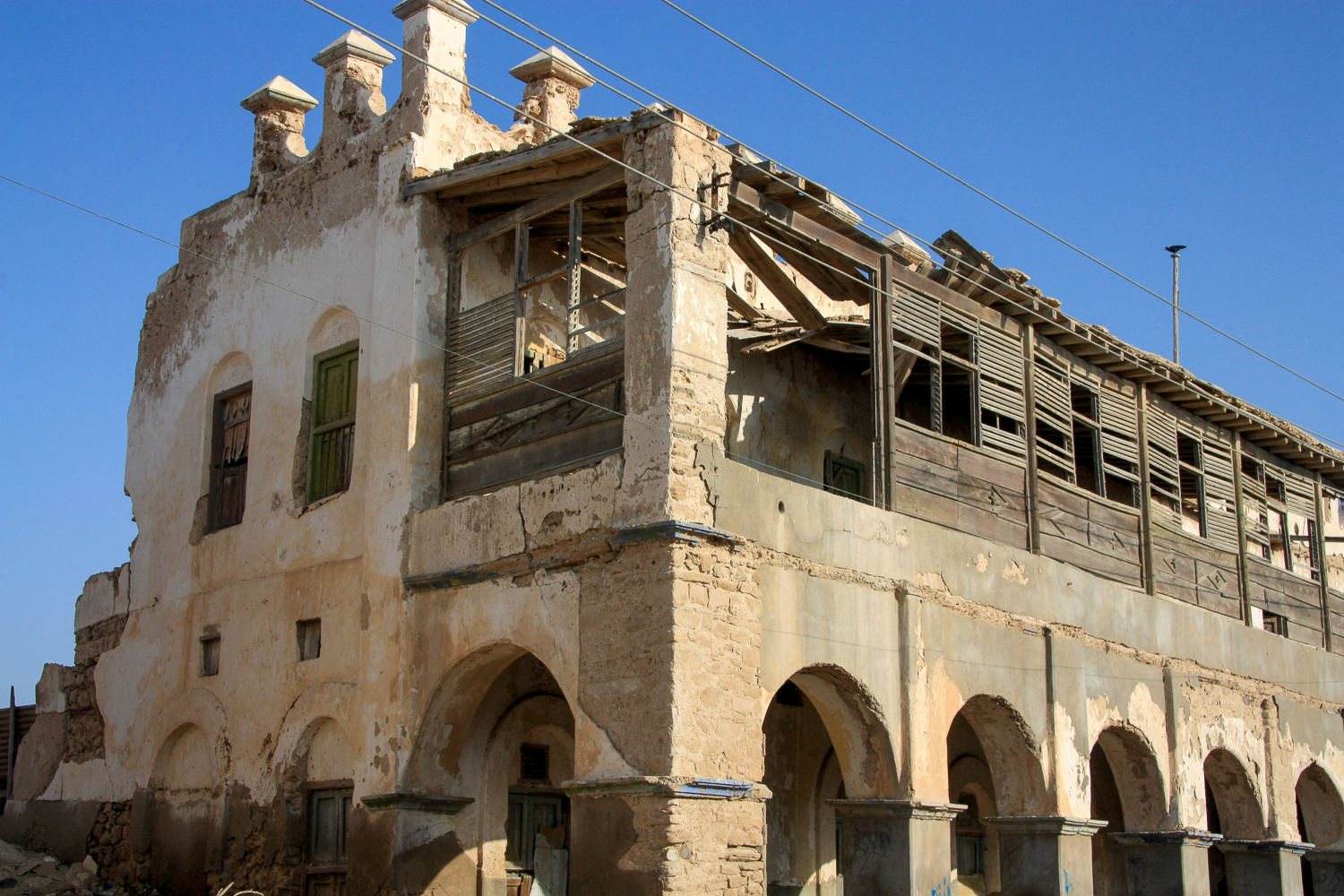 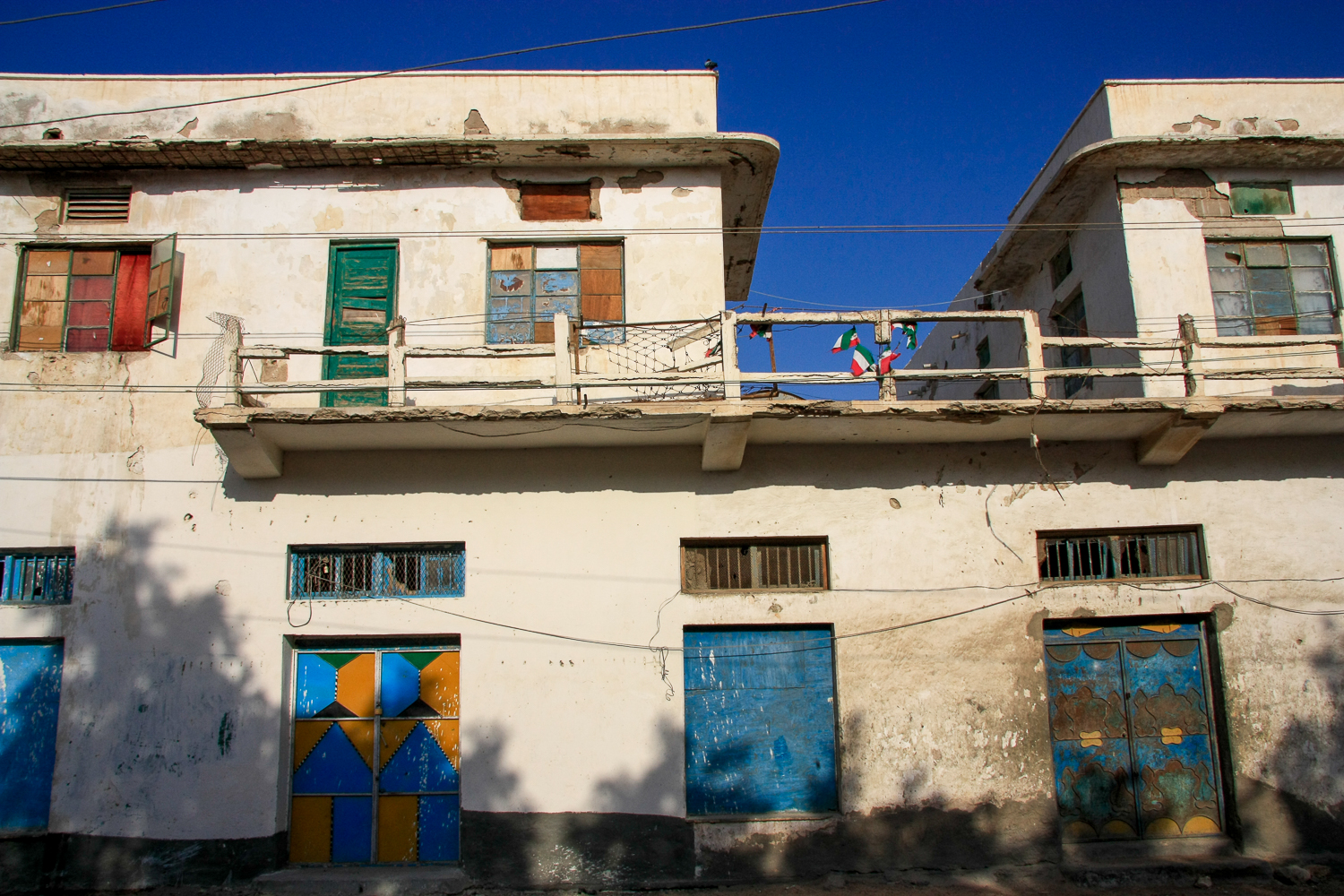 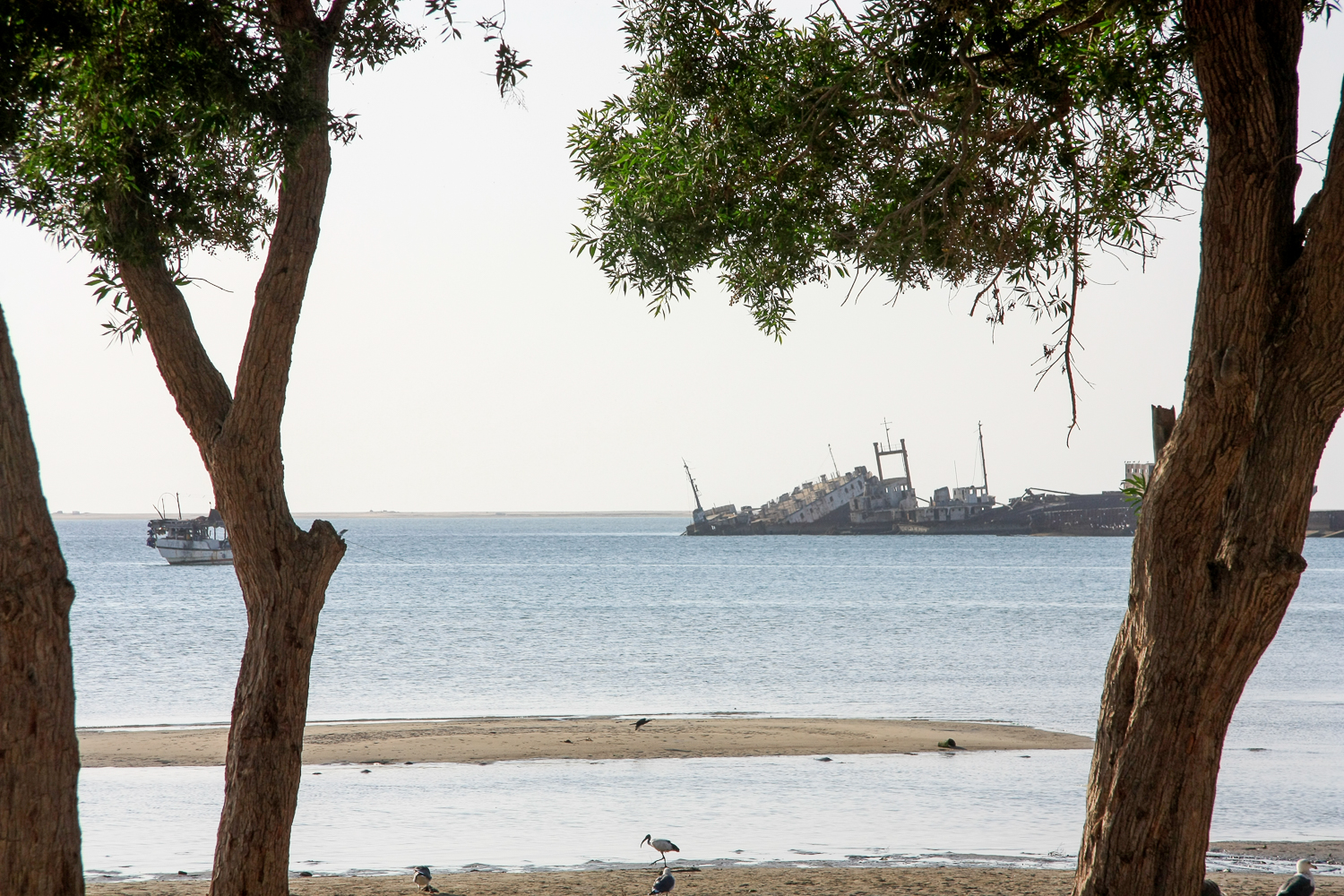 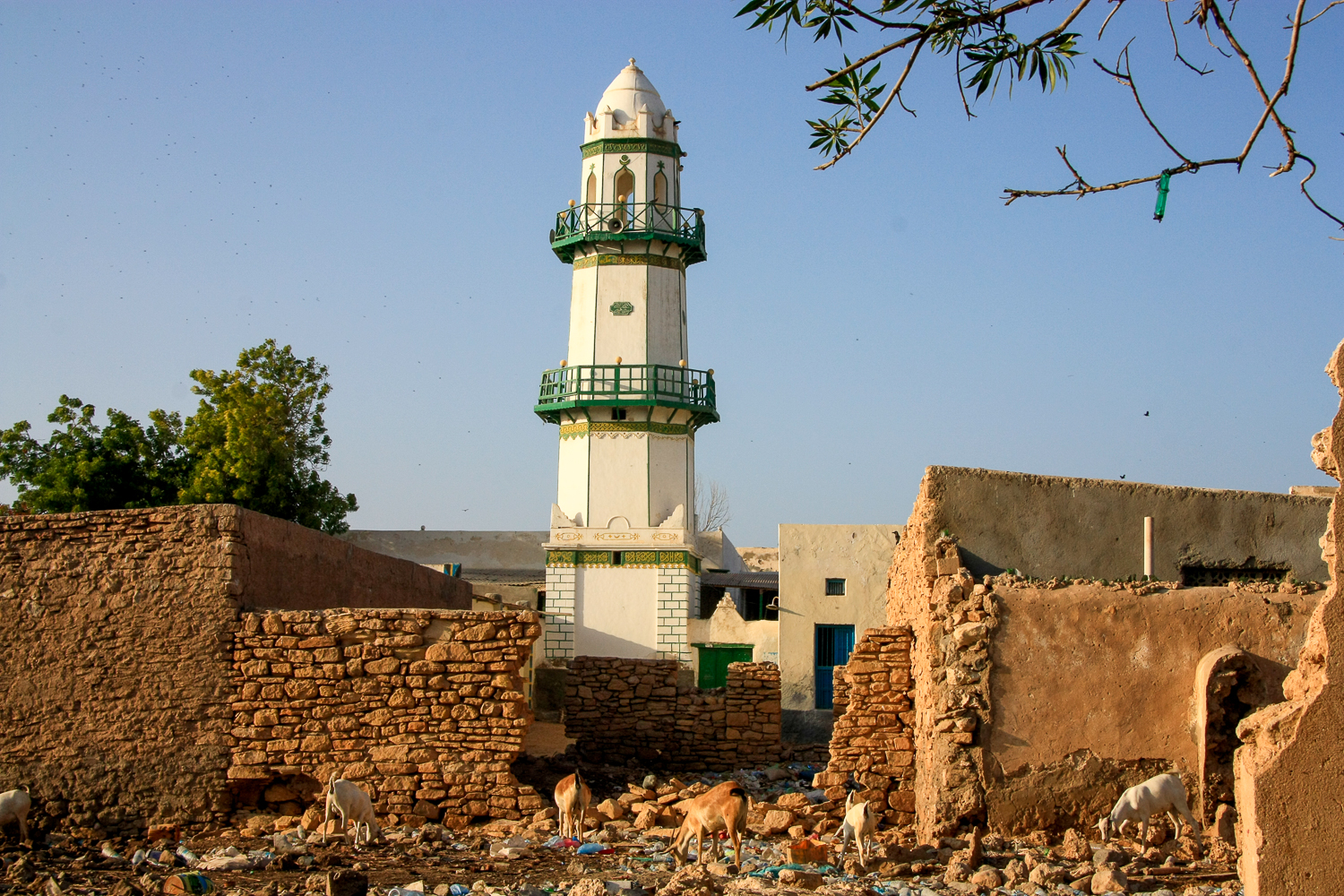 On the other hand, Berbera is a city with promise. We weren’t allowed into the bustling port, which currently handles 5% of Ethiopia’s import traffic (with the bulk of rest by Djibouti) after just a year, but major expansion plans are in the works, especially if Somalia refrains from meddling. The UAE also has big plans here for the port. Meanwhile, there’s a new town starting to develop.

While the Russians left to return to Hargeisa, I chose to remain for an extra day. Berbera’s town seemed dead quiet before, but like a lightswitch, in the mid-afternoon, the shops were filled with sha-drinkers and khat-chewers, the streets full of schoolchildren walking around, and the city gained a relaxed, open atmosphere. I was invited for tea by some women, then mere steps later, invited into a khat house where I was treated to bottled water after I declined the khat. I had some superb, delicious grilled fish by the water while surrounded by hungry cats, and enjoyed the sunset over the port. 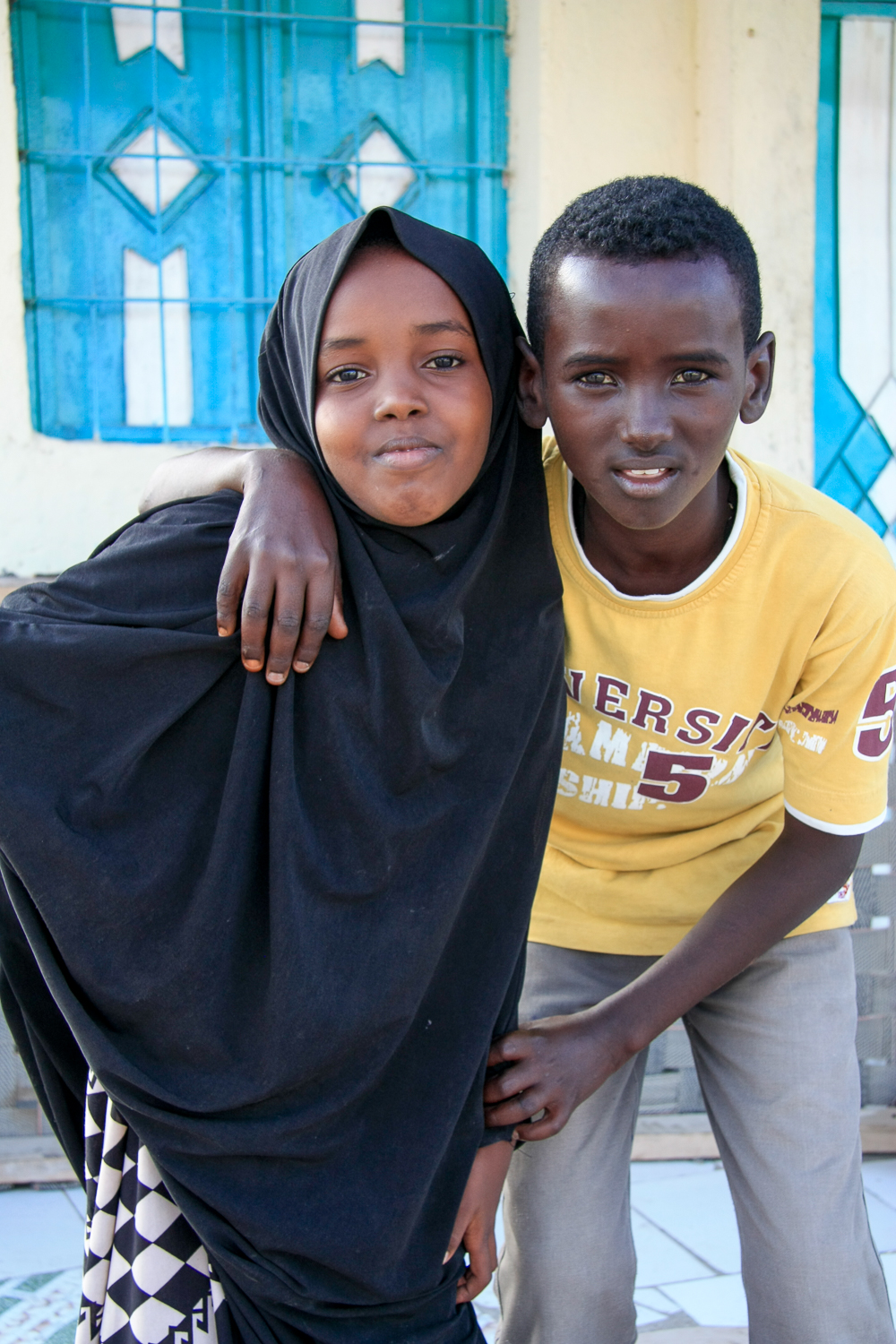 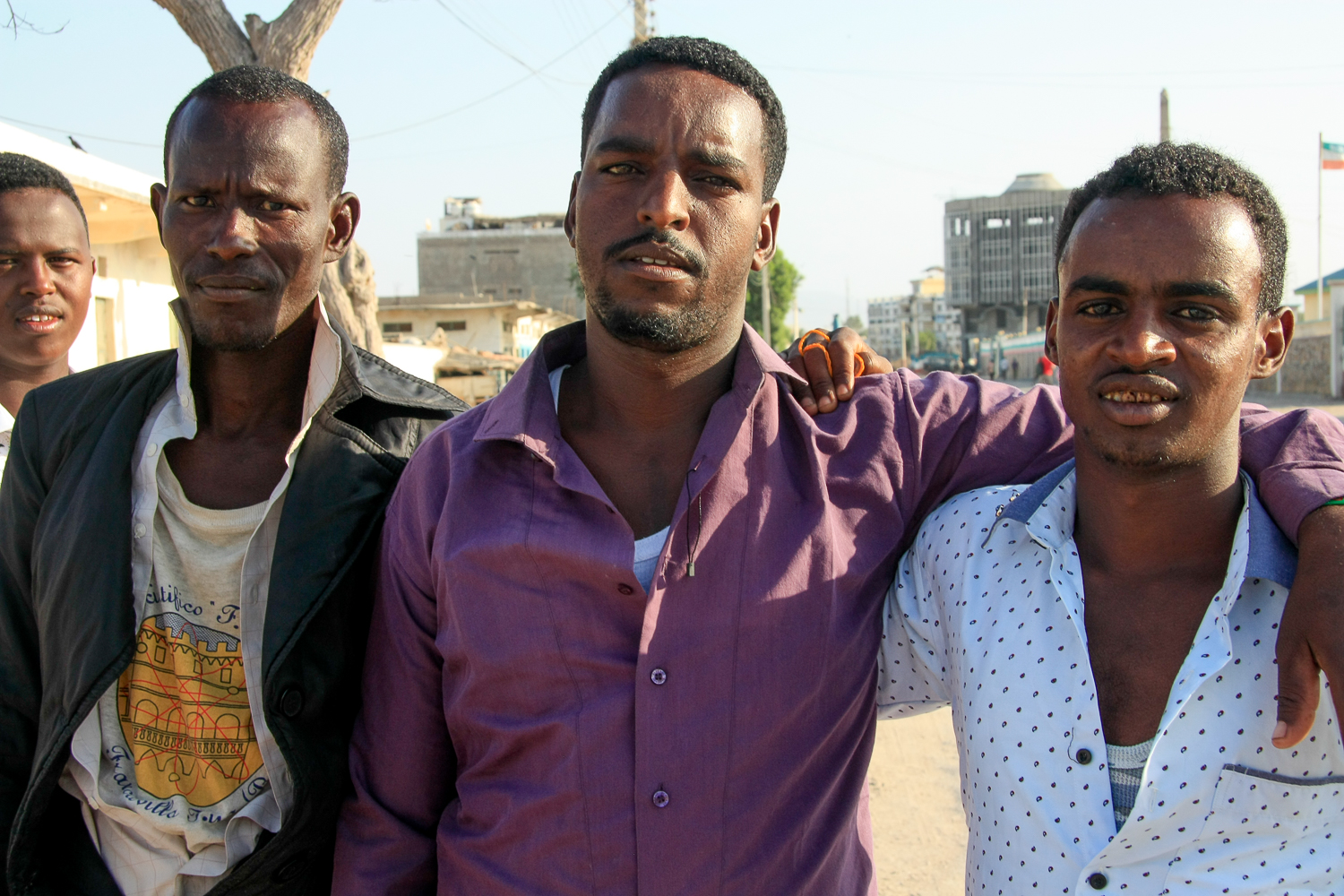 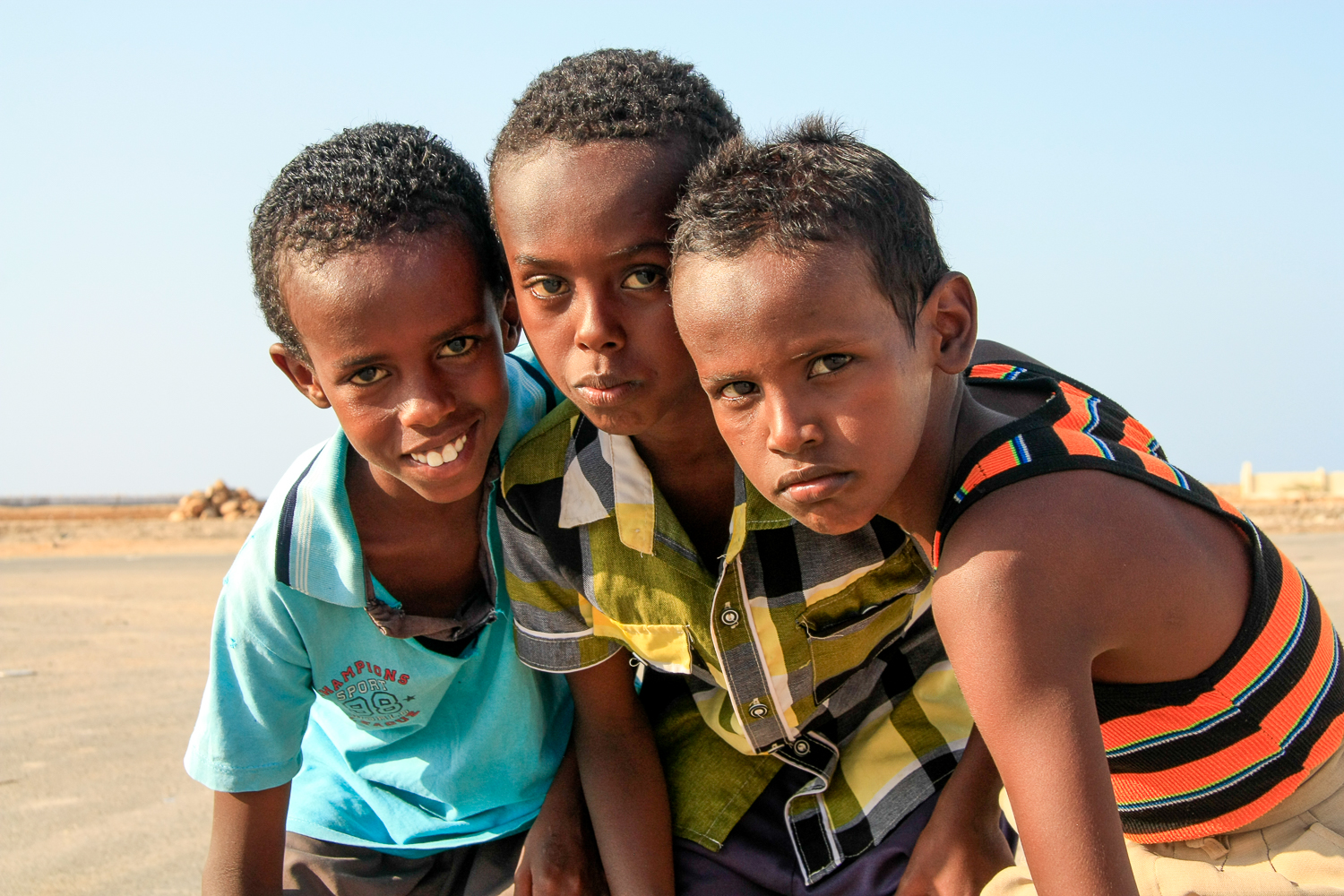 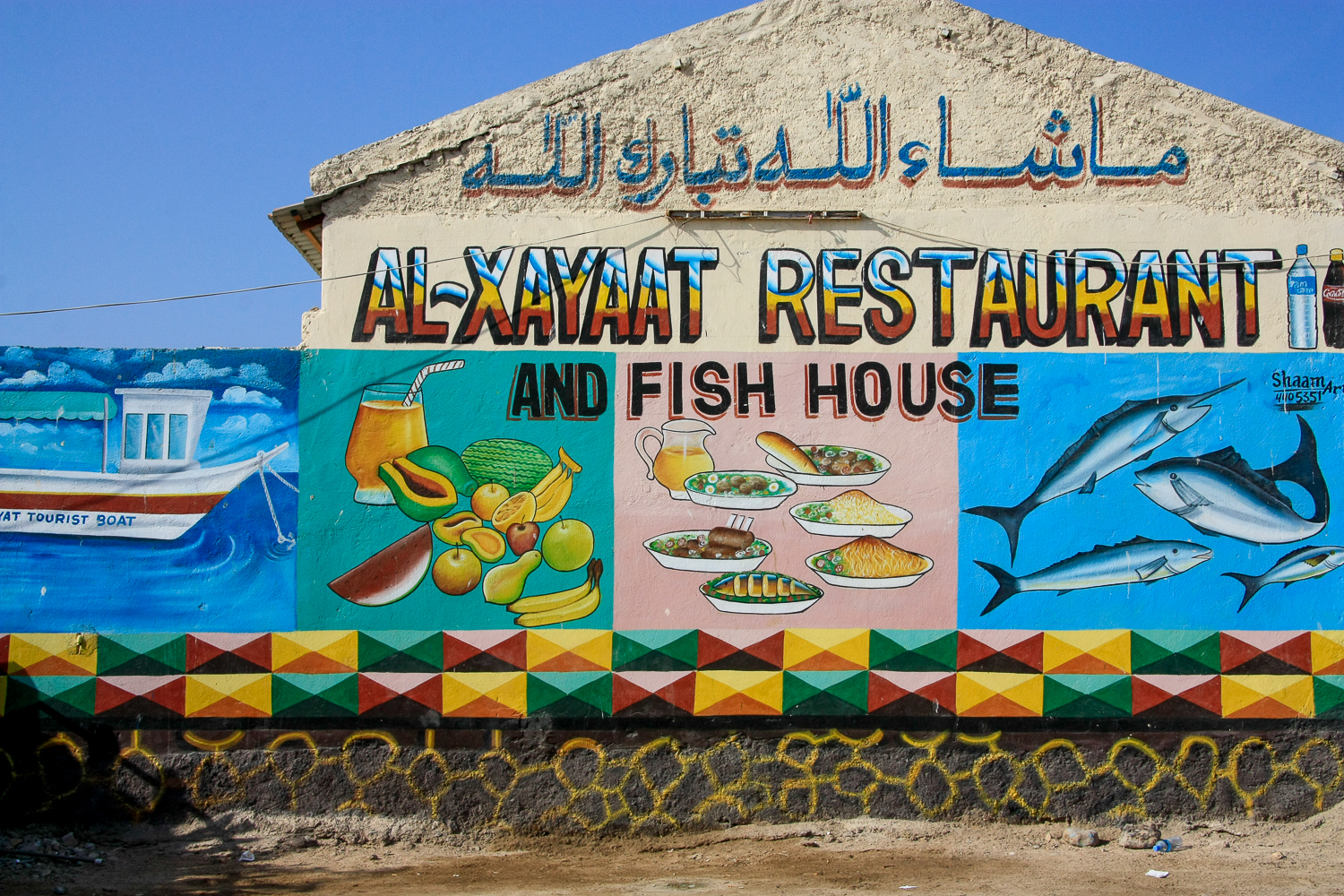 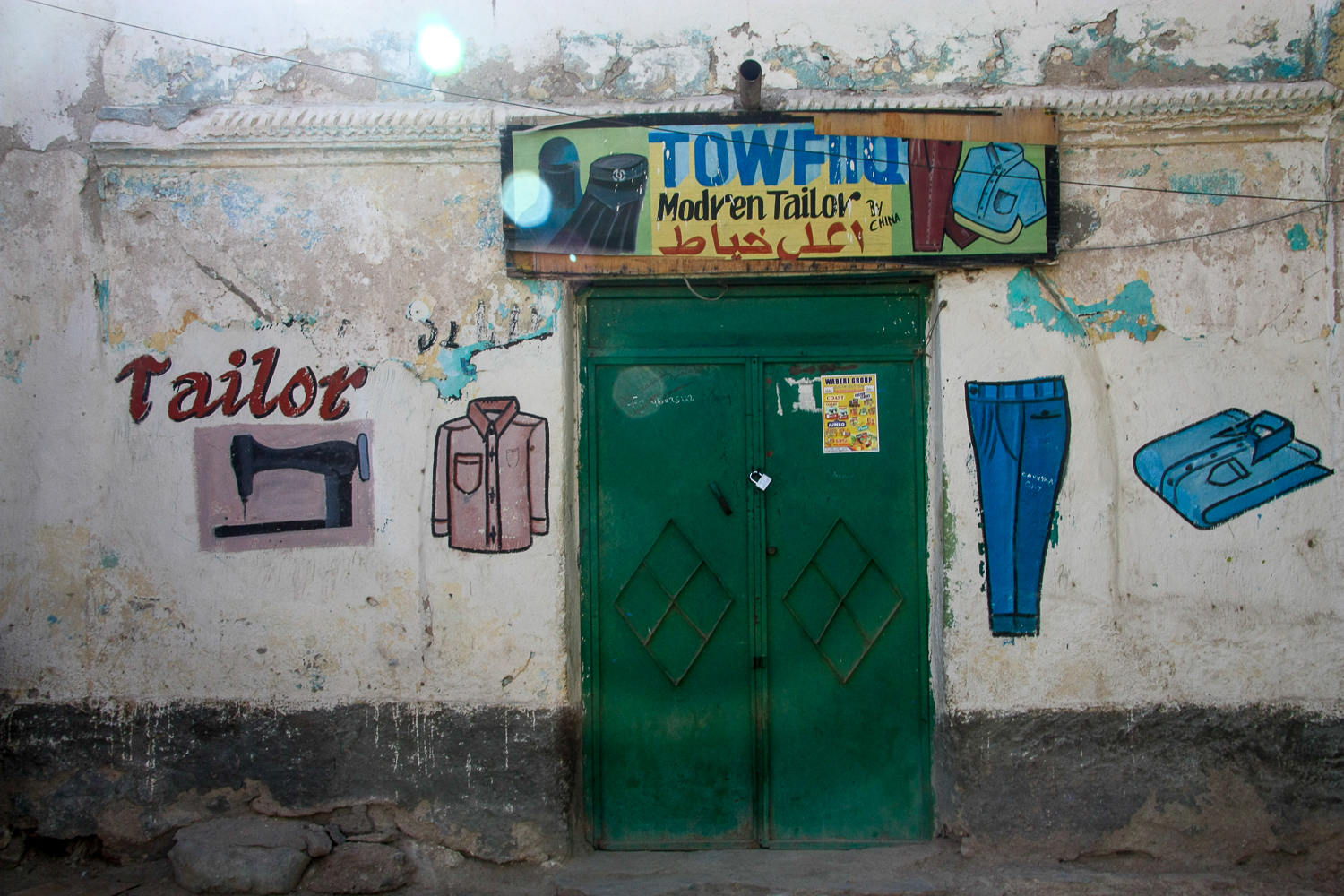 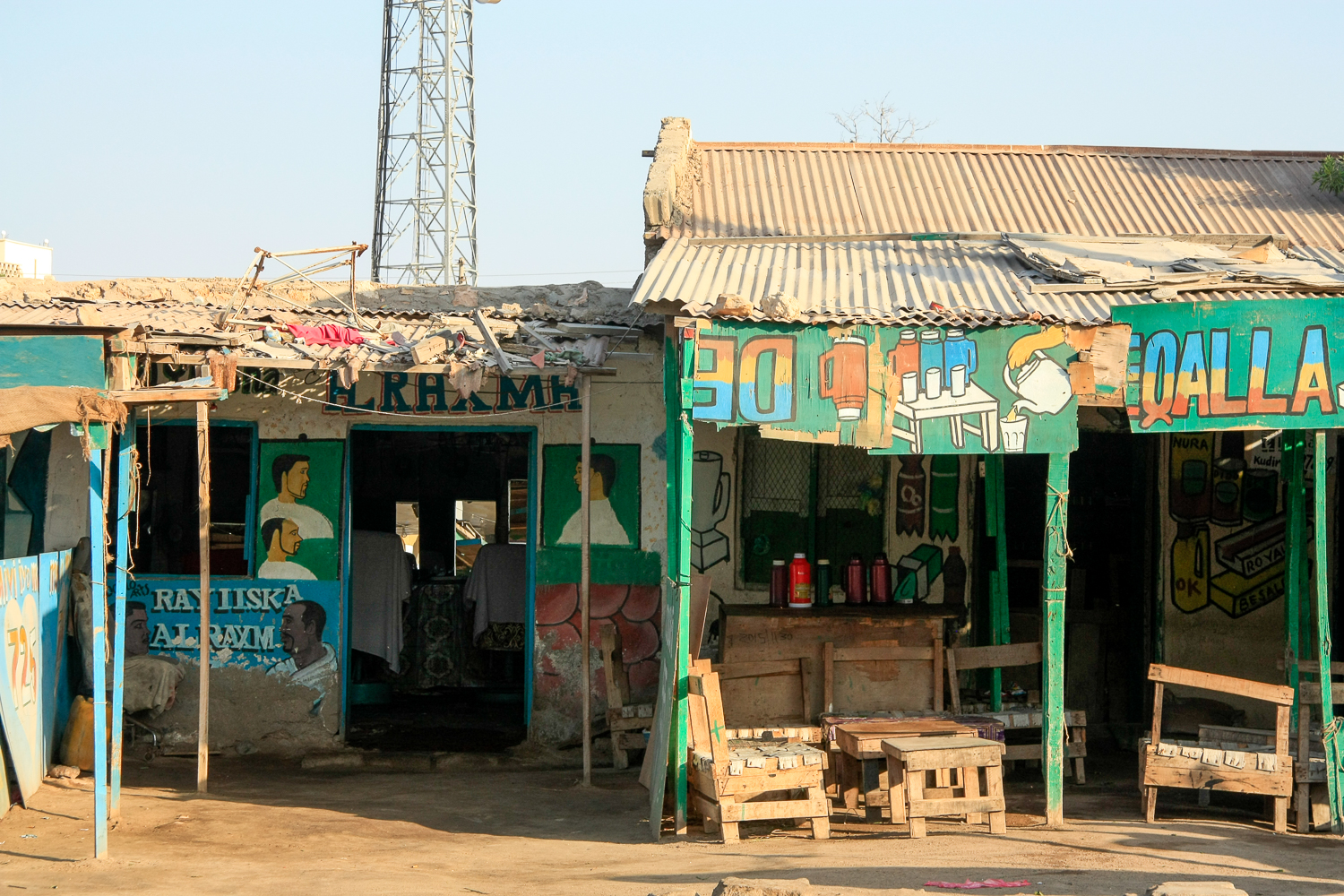 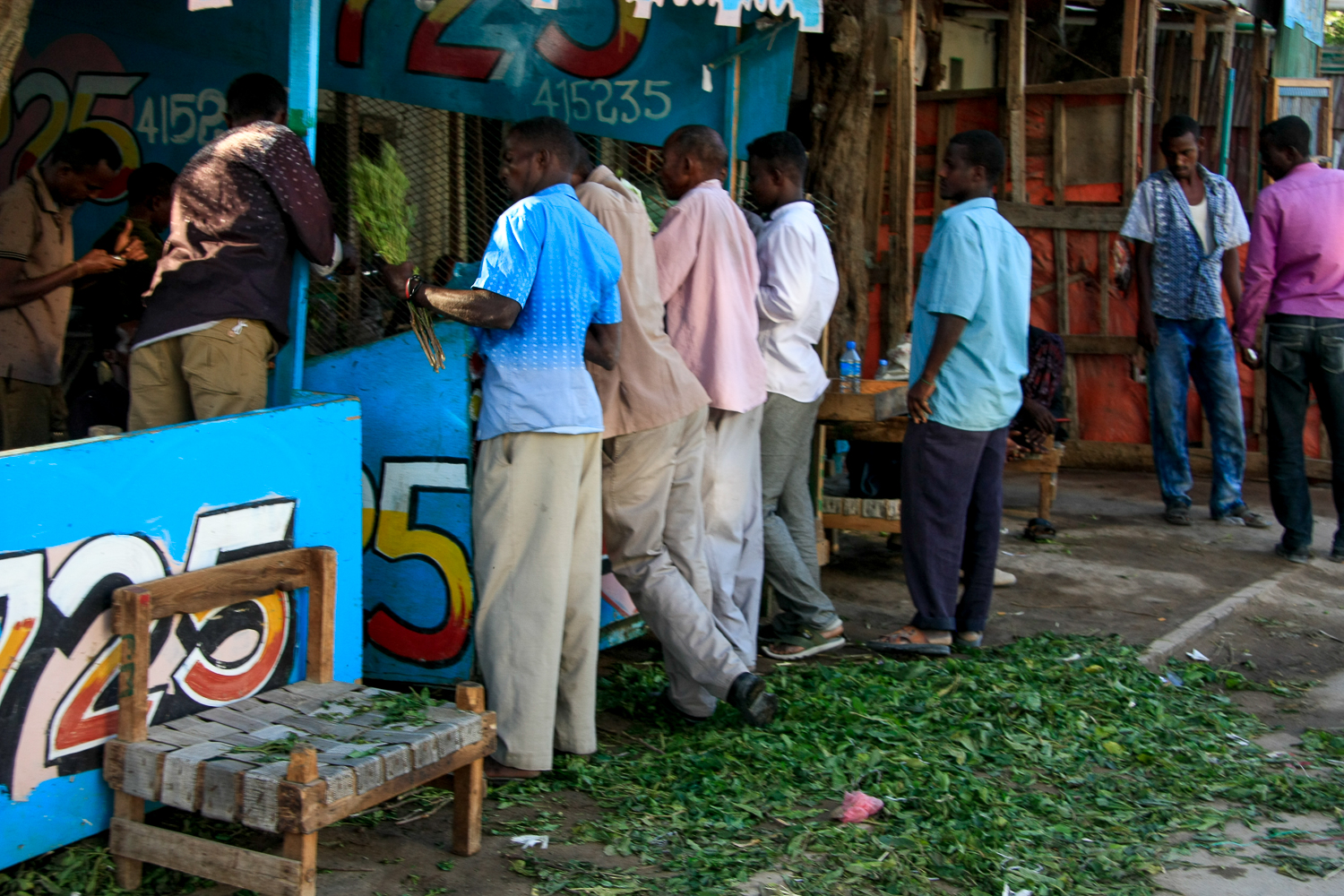 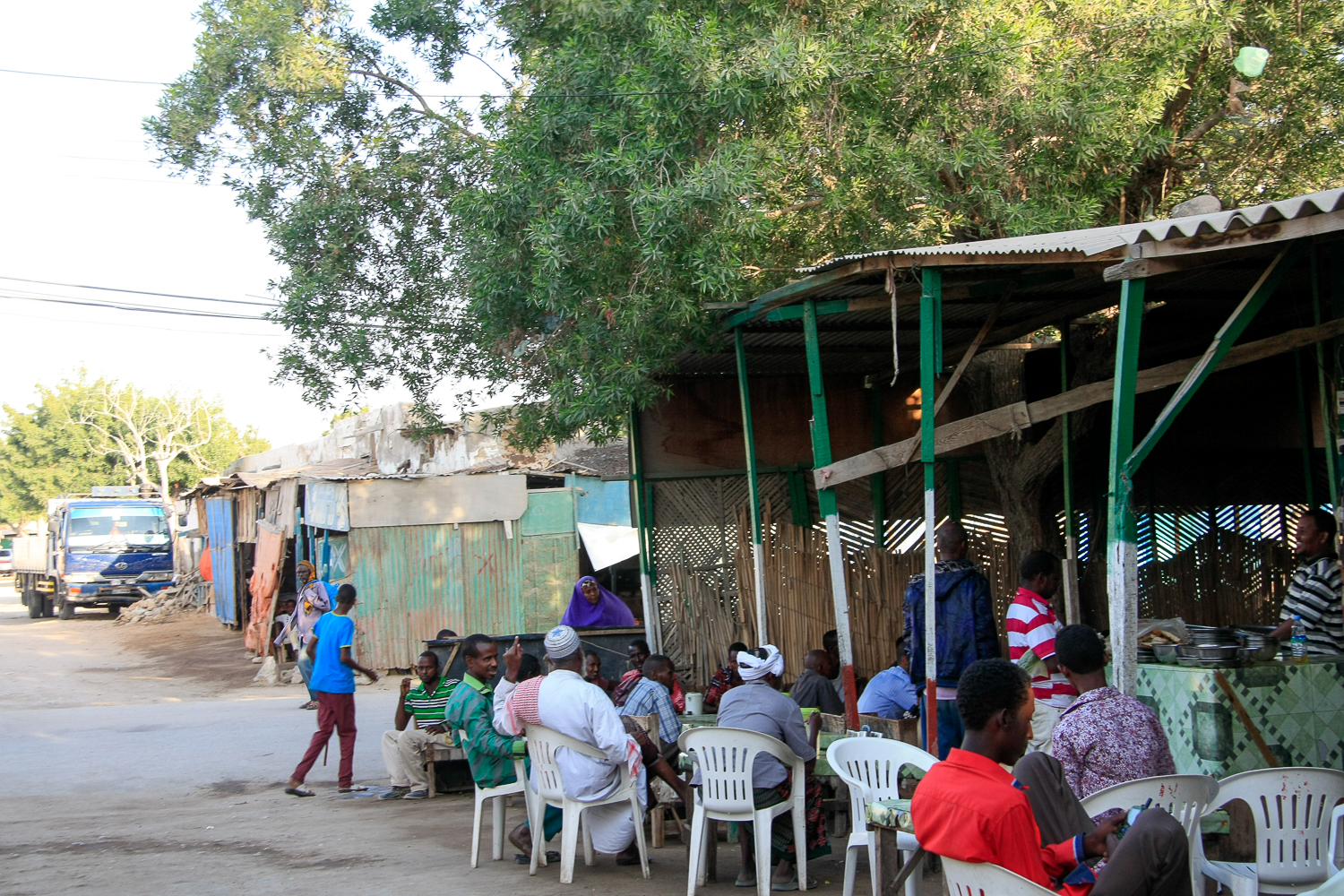 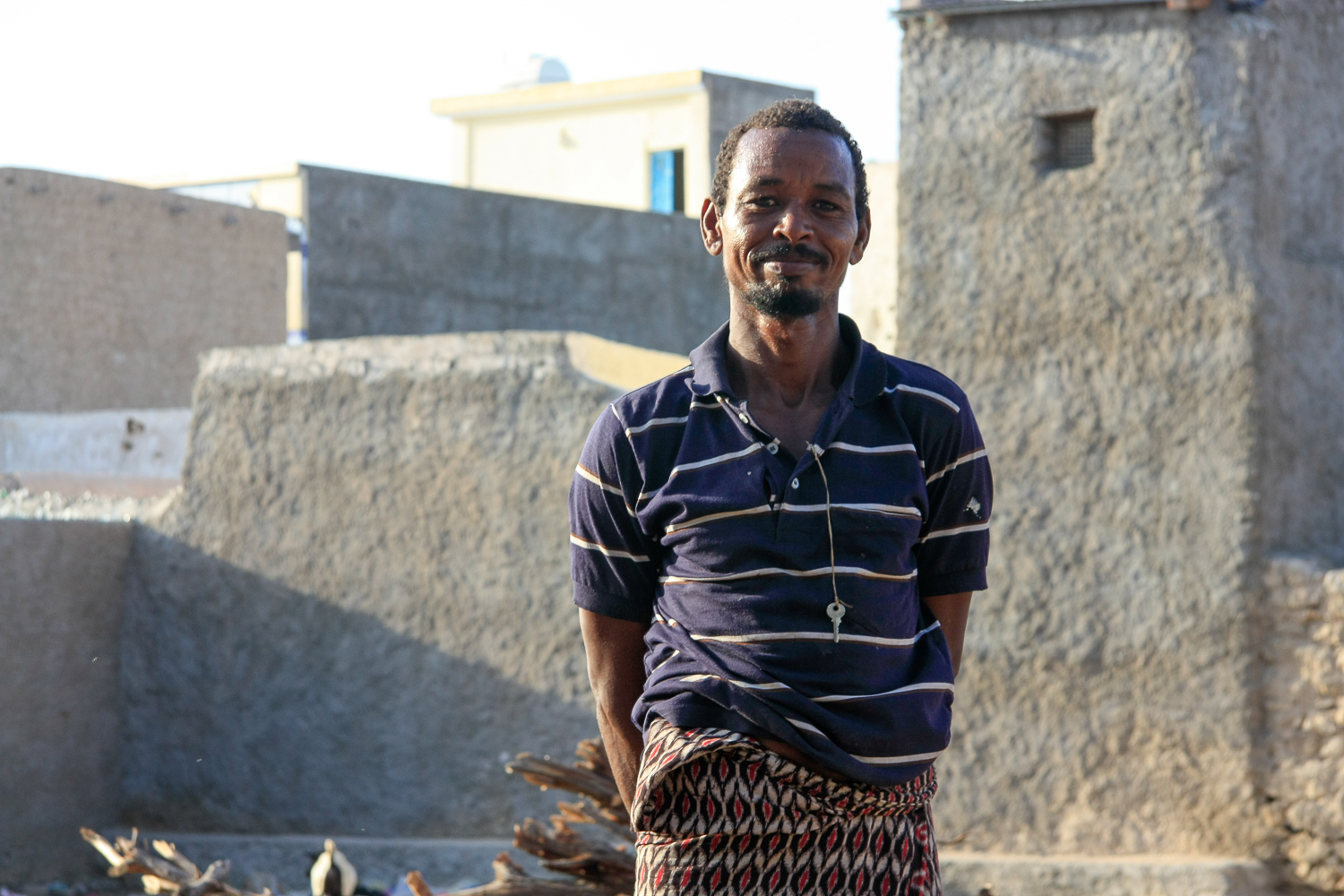 Berbera’s not only got the polluted beach in town — there are some clean ones around, notably the Baathale beach 4 km out of town. I walked about 1 km the following morning, before the heat and afternoon winds set in, only to easily hitch a ride the rest of the way — Abdi, a worker for the UN-affiliated International Organisation of Migrants, was heading to the beach anyway for a swim before work! (I should note that it was already 9 am…)

The beach itself is just pristine — fine, white sand, clear water. With absolutely no development nearby other than a single hotel not even facing the water, it was definitely a funny vibe. Men and women strolled up and down the beach or sat and watched the waves, while some kids buried themselves in the sand. Feeling a little self-conscious in a Muslim country, I swam in my clothes… which was still less than what everyone else was wearing. No one seemed to mind though. 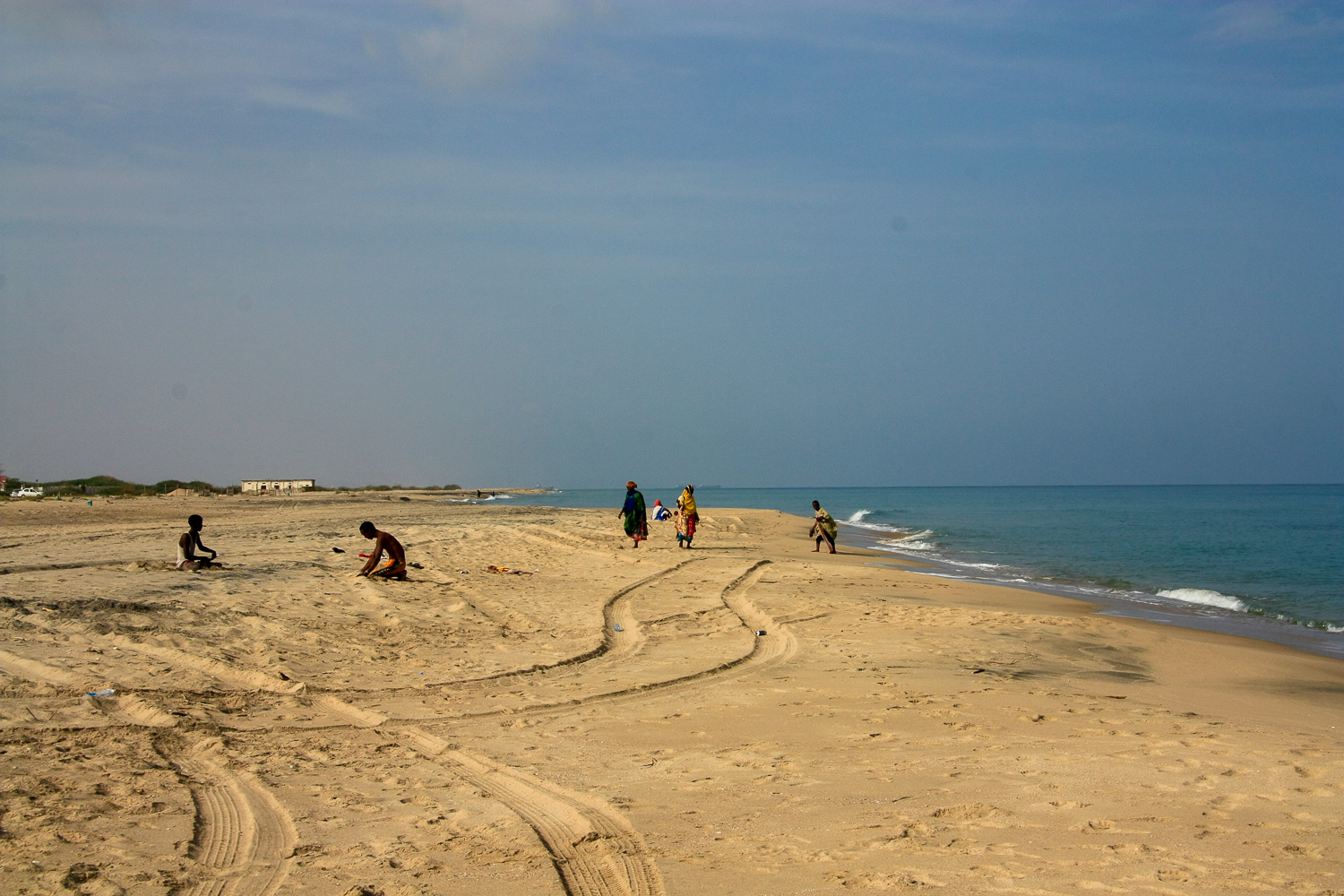 Abdi was joined by another coworker, Abdirisaq, who showed up in a pressed shirt, trousers, and dress shirts. While Abdi continued to swim (also in his clothes), Abdirisaq and I talked a bit about the line of work they do, assisting migrants. With its proximity to Yemen and its civil war, Somaliland receives a lot of boat refugees in Berbera’s port — not unlike Greece. In addition to Yemenis, Ethiopians and Somalis — many who left Somaliland or Somalia for Yemen as refugees due to decades of Somali instability in the first place — living in Yemen and often working hard-labour jobs take these boats as well. Ethiopians are screened and sent back to Ethiopia, while Somalis are resettled in Somaliland.

Most interestingly, there are refugees in Somaliland from Somalia. This poses a problem for Somalia, who asks for them back and can get it because they’re a country. I’m not entirely sure how that works, but they’re able to. Some people leave instability, only to find more instability and leave that, only to find more instability… These are permanent refugees. The only oasis of calm they can find is in a place no one recognises.