There are two things that Zimbabwe is generally known for, at least in the past 15 years: Robert Mugabe and hyperinflation.

What should Zimbabwe be known for? These people are the most smiley I’ve ever seen. It goes beyond pleasantries and politeness — I’m never met with just a gentle smile, but a teeth-bearing beam, and conversations extend and extend as neither party wants to stop talking. They’re super warm and super friendly, and they really, really laugh a lot. People on the street randomly ask me how I’m enjoying Zimbabwe. Some go well out of their way to help me along with directions. They really love their country and any visitors they get — and that number is thankfully beginning to increase again, outside of just Victoria Falls.

Meeting Ben from the Netherlands and Gisele from Brazil on the train from Victoria Falls to Bulawayo, we had a raucous night (though early, since we were tired) hanging out with the locals in the beautiful (but a little worn) saloon car. We met Matthias, a retired miner with the baddest cowboy hat I’ve ever seen, who treated us to snacks and beer and kept telling us how happy he was to meet us. The bartender was a happy drunk, pulling off hilariously cheesy dance moves on a moving train. Complete with the atmosphere of the train (completely with instructions written in old-timey fonts), our sun-faded compartments, the cowboy hats, and the copious amount of smoking going on, it was a scene ripped out of the Wild West. 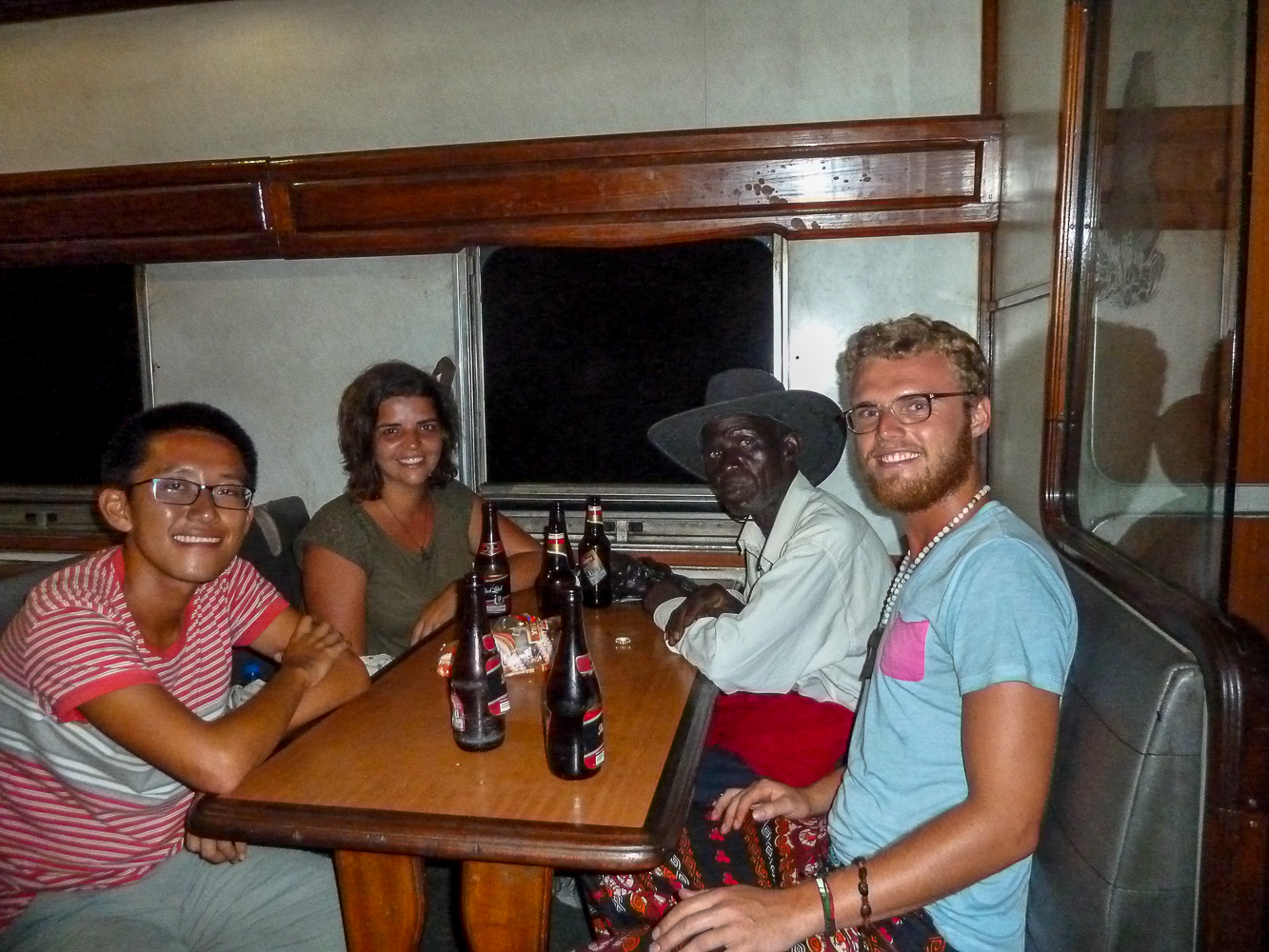 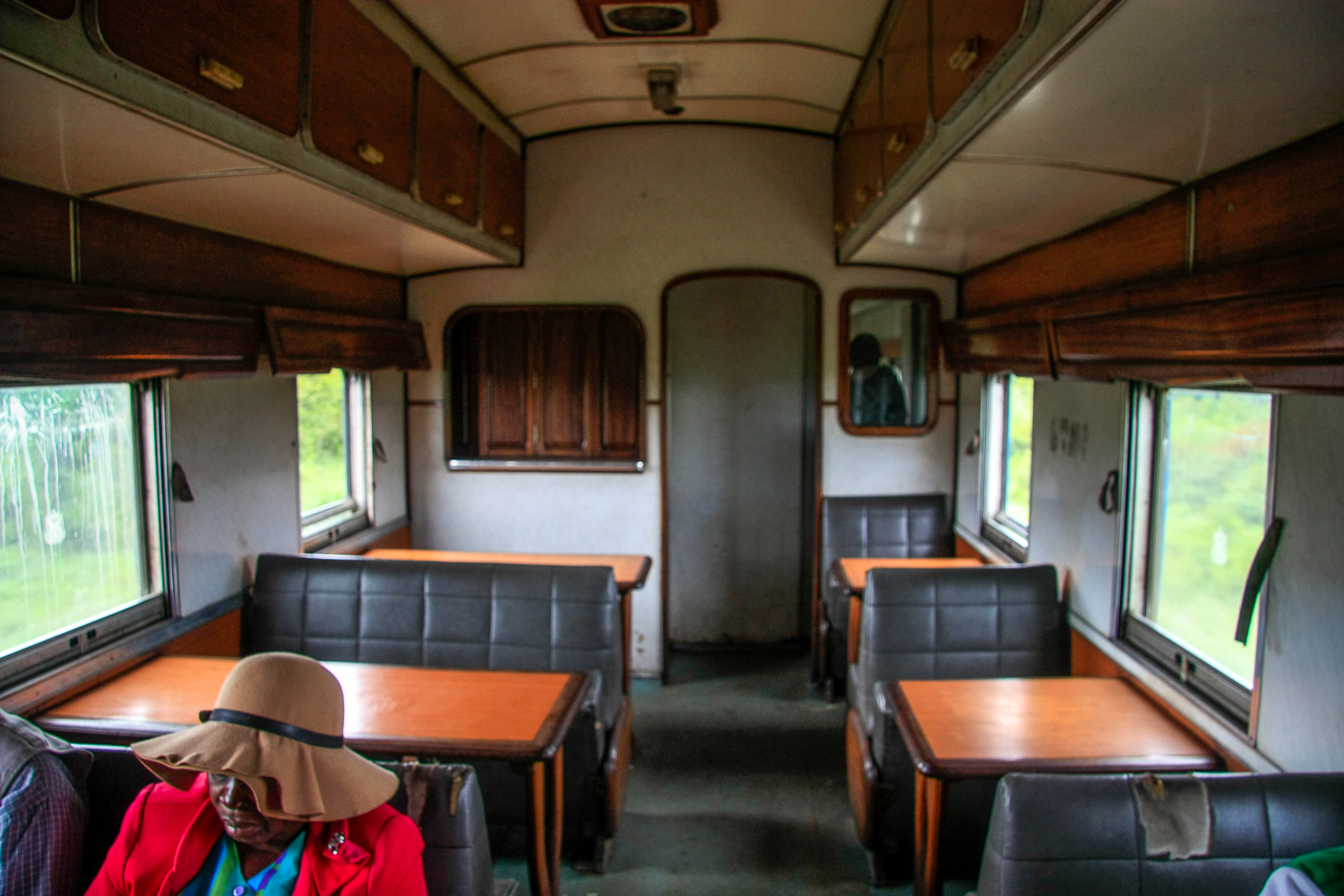 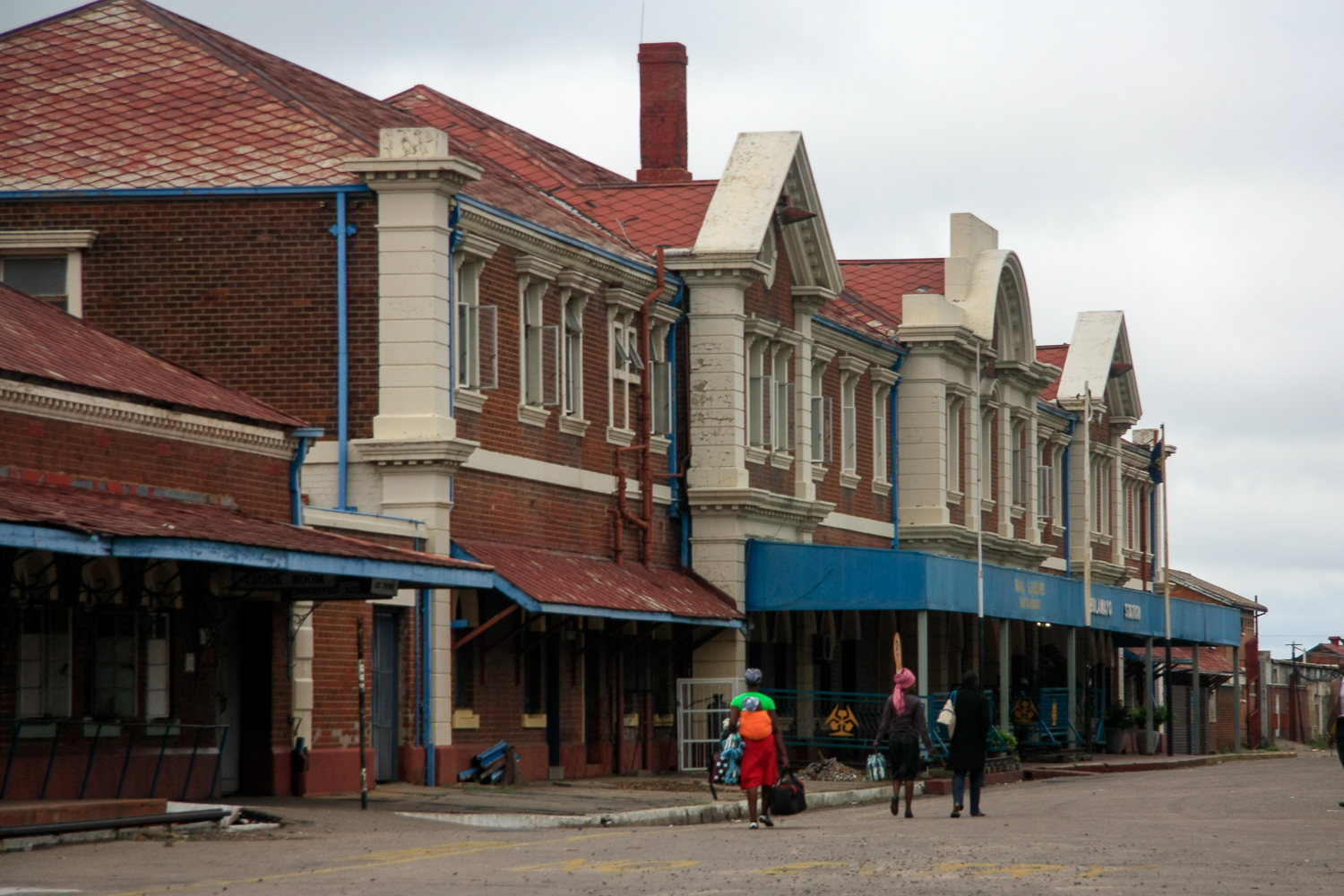 We arrived in Bulawayo, spending a short afternoon wandering incredibly wide streets and faded colonial-era buildings, all remnants of the British colonial time, then returning to our lodge where our host Lily cooked some wonderful meals. Interestingly, there’s a racial divide: further south of the city centre where we were staying, the neighbourhood is mostly white Zimbabweans. They’re noticably more well-off, with large and fancy vehicles, and conspicuously absent in the city centre. New strip malls with restaurants and even the southern African equivalent of a Whole Foods — everywhere there, black or white, was affluent. 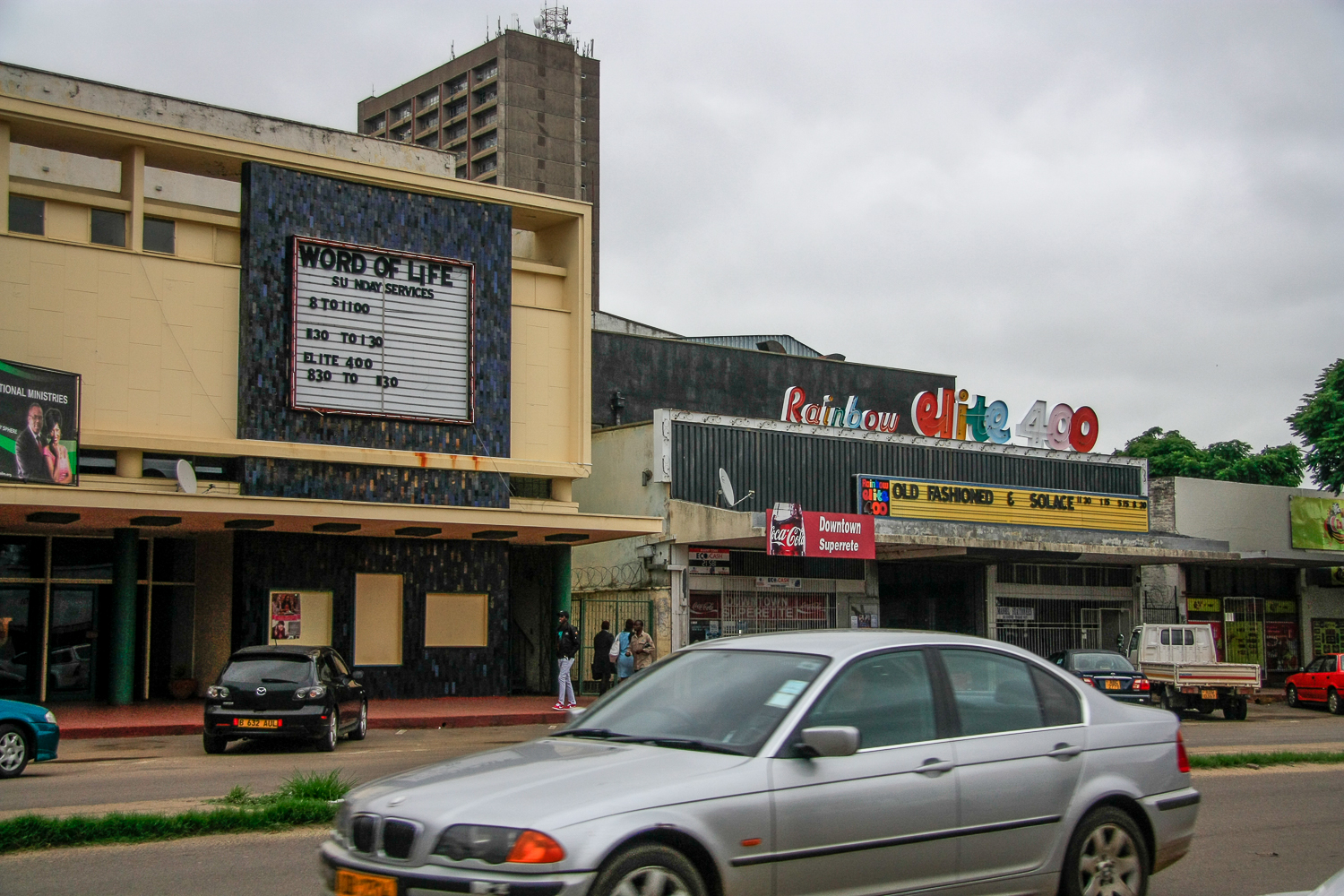 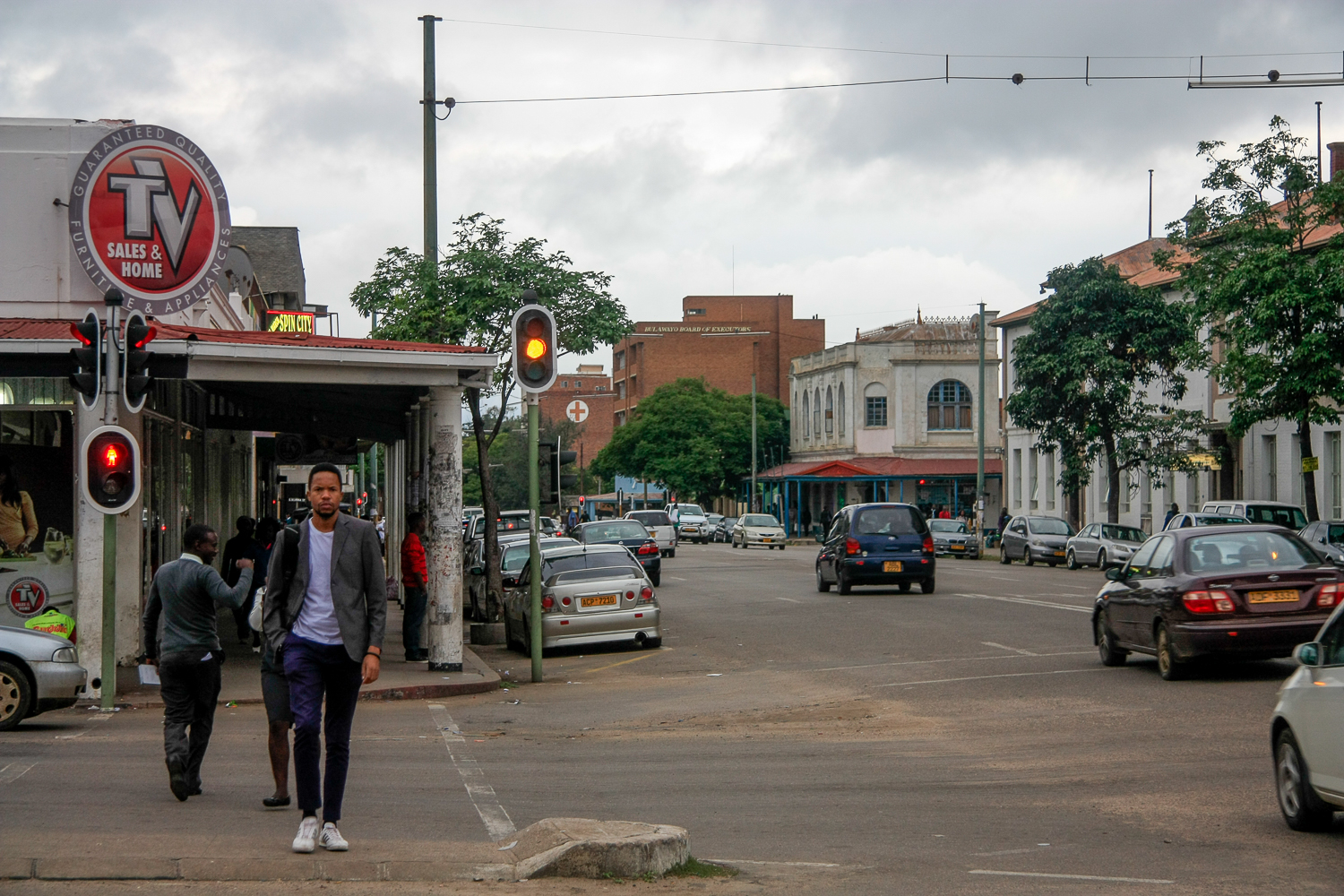 Lily shared with us her stories of living under hyperinflation, back in 2008. Taking transport into the city would cost 1 million Zimbabwean dollars (the fare is now US$0.50, just to give an idea of how much it should cost), but by the time she wanted to go back in the evening, the fare would be 5 million. Prices for goods routinely doubled daily, to the point that supermarkets stopped stocking even salt, because they didn’t want to sell at a loss. When the government demanded that they bring it back “or else”, they did — but everything else left the shelves instead, and what was there was usually snapped up immediately. There were some tough days where she barely found any food to feed her family with, but as she puts it, she survived “by the grace of God, somehow”. Banks would have enormous lineups full of people wanting to withdraw the maximum amount of money they could — both since by the time they’d get the money out, it would have lost half of its worth, and there was a great deal of capital flight from the country from people trying to convert their life savings to whatever stable currency they could. 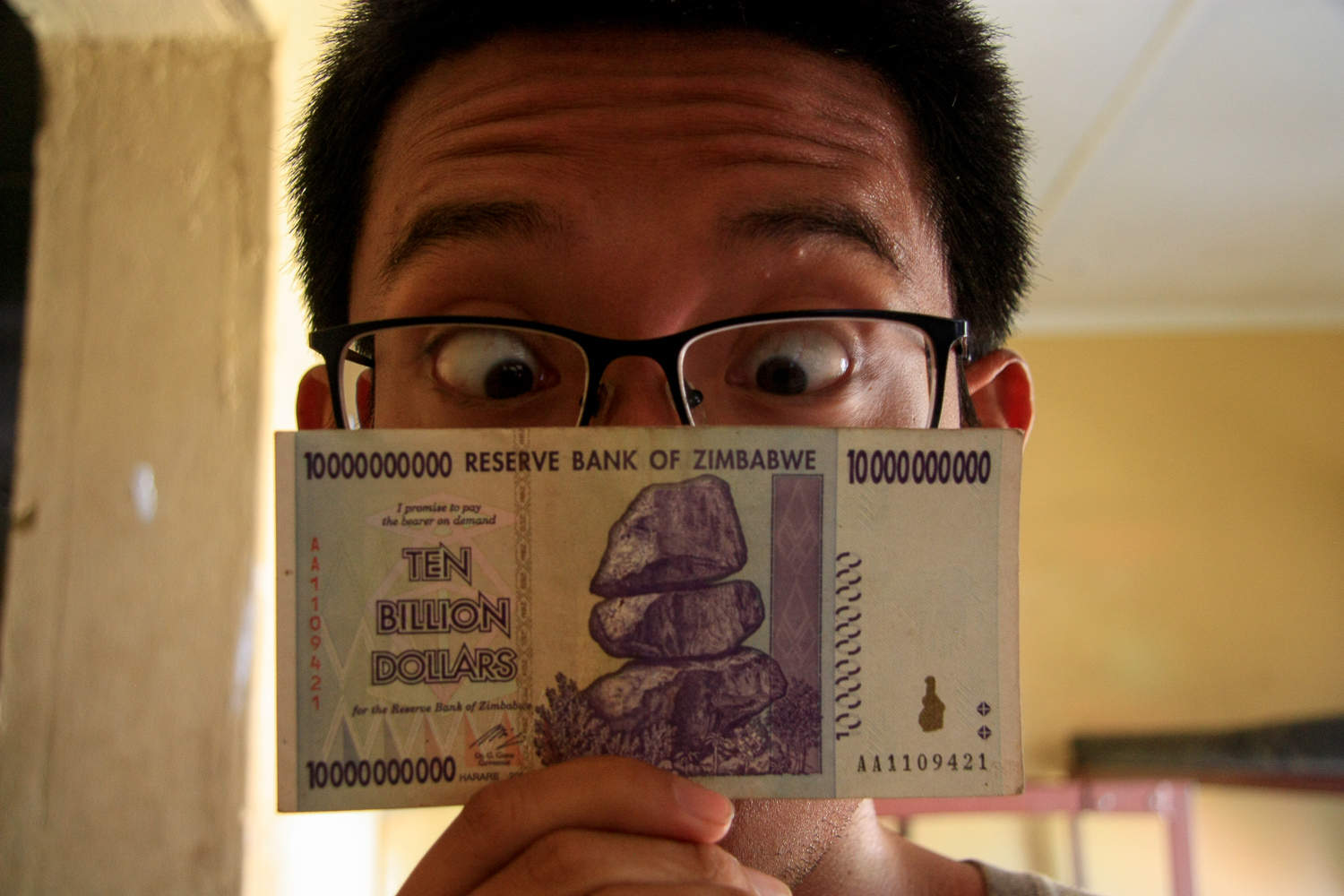 The numbers got more ridiculous as the country gave up, saw the government drop a bunch of zeroes from their currency only to see them come back again, and shifted to any other currency they could find — mainly the US dollar. One man told me that a regular restaurant meal with friends would cost 50 trillion dollars! (The highest bill printed by the end of the crisis was 100 trillion. An loaf of bread cost over 100 billion. If you count all the dropped zeroes, that 100 trillion would have been 1 octillion instead — 25 zeroes.) People started dropping their landlines since their monthly bills were in the billions, also payable in US dollars, but the telecom companies would make ridiculous exchange rates, like 200 billion to US$2000 or something else nonsensical. The country now officially accepts, since 2009, US dollars (with Zimbabwean coins for small change), South African rand, Botswanan pula, British pounds, the Euro, and the government has announced intentions to adopt the Chinese yuan as well. Most shops and supermarkets accept at least three or four of these currencies, which makes me wonder how they provide change! 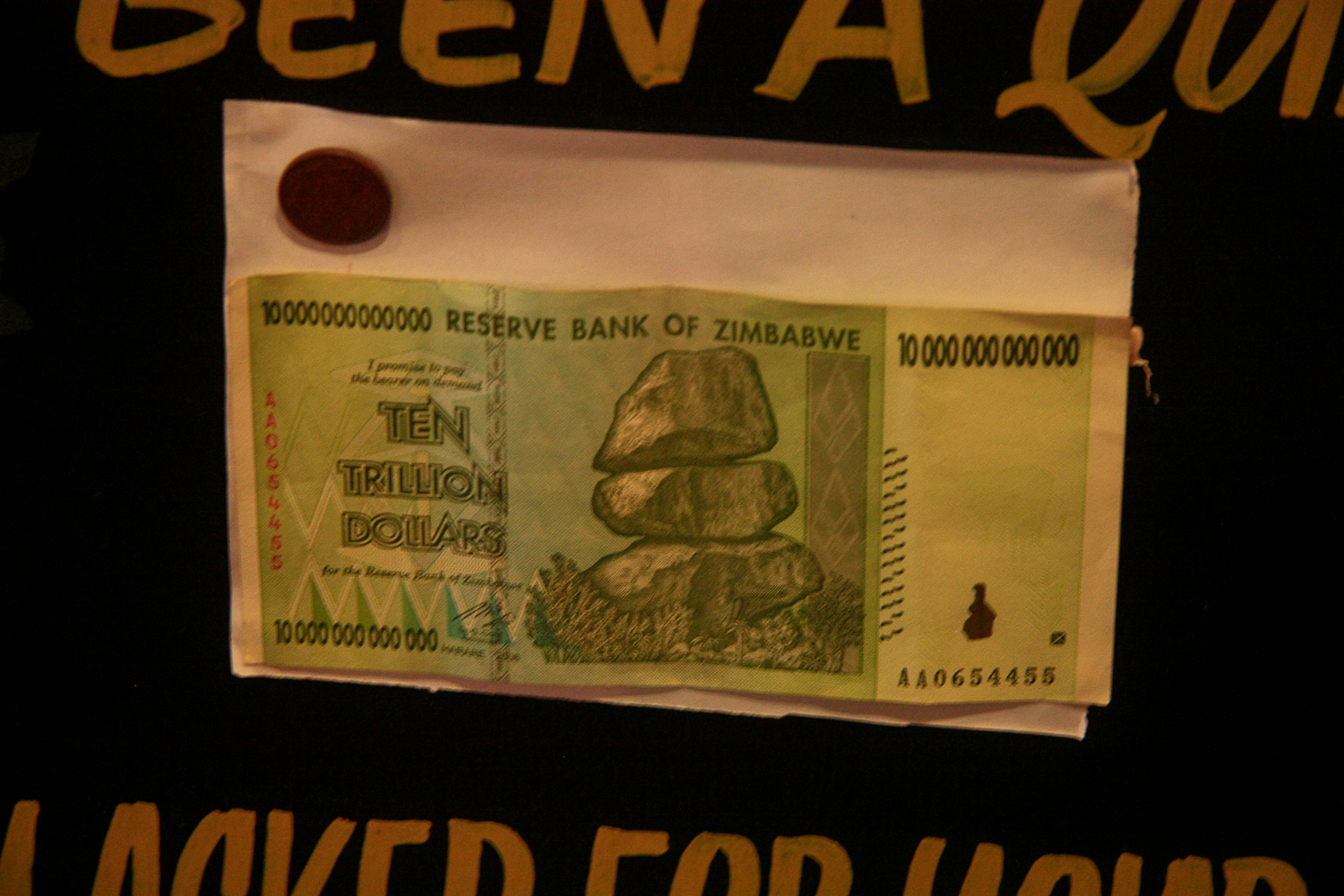 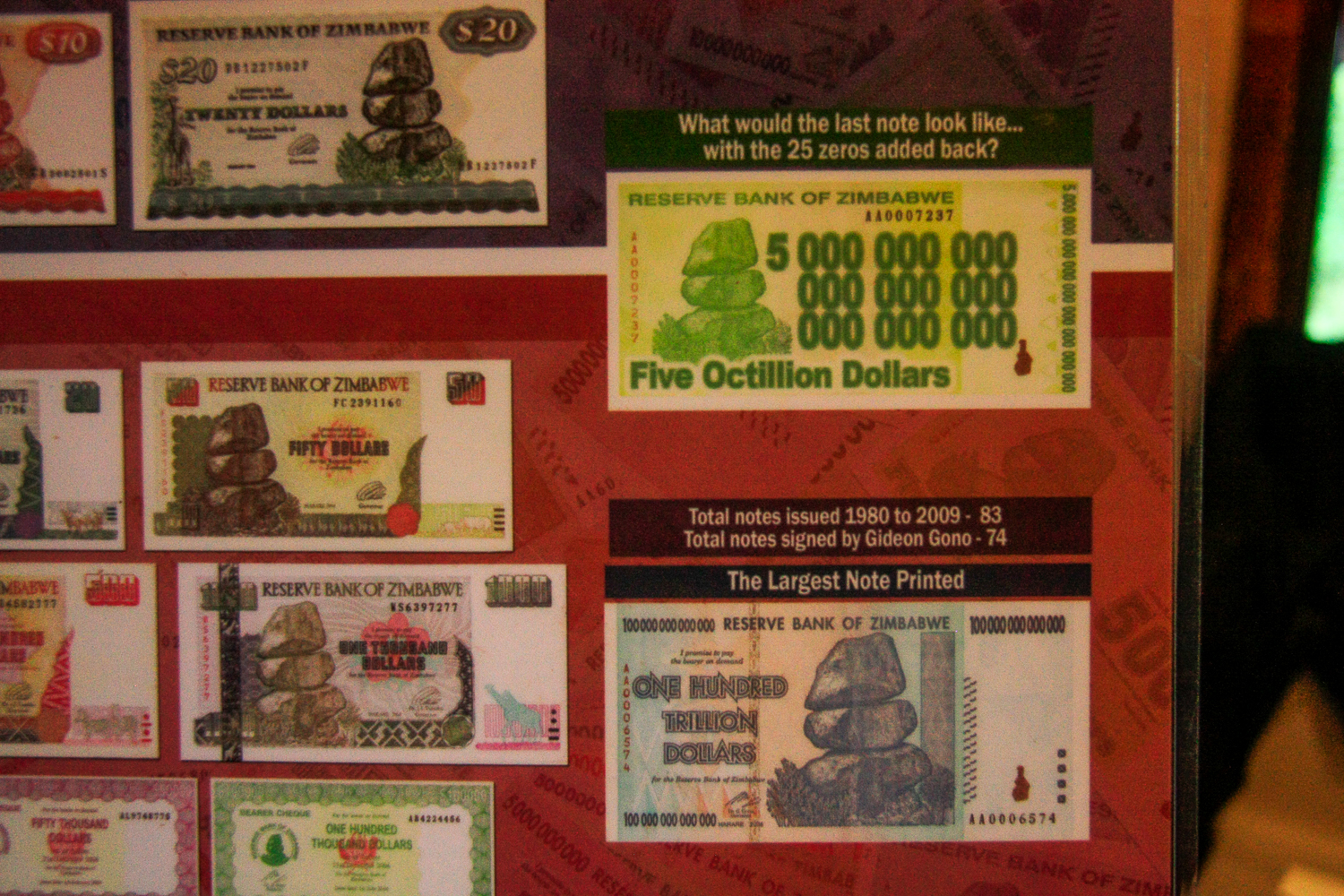 But why did this all happen? As Patrick, another man I talked to put it, it was the land redistribution in the early 2000s. While the colonists got their land as a result of an unfair deal, originally about mining rights but used to justify further land grabs and incursion, the conniving Cecil Rhodes (who Rhodesia was named after) made with the indigenous peoples, over generations, they simply became white Zimbabweans who knew no other land. Though they were a small minority, they hired local help and were able to use their land efficiently and grow in abundance. In an effort to “fix” a historical wrong, Mugabe forced white farmers out by reclaiming their land (the whites are 5% of the population yet owned 70% of the land) and giving it to the black populace — well, mostly his cronies. Patrick believed firmly that this was their right, that they were taking the land that was theirs — and he’s got a point. But what he didn’t mention, and what caused Zimbabwe to become an international pariah, was how poorly managed this was: black workers who were never trained to run entire farms suddenly were thrown into the deep end, and they didn’t know how to operate much of the advanced agricultural machinery. The efficiency of farms plummeted, and Zimbabwe went from Africa’s breadbasket to a net importer of food. Farms that were seized were often done with the threat of brutality, human rights violations became rampant, and the once-popular (and still somewhat popular, but less) Mugabe started resorting to electoral fraud, which continues. Much of the white population left, though some chose to stay — nevertheless, they’re still affluent.

Many countries imposed sanctions that are still in place today; Mugabe uses this as evidence that the west is against his country, in a continuation of imperialism and colonialism — and you know what? Many people do believe it, like Patrick, and they believe that the west is buying into their governments’ propaganda. Mining (gold and diamonds in particular) is Zimbabwe’s other large industry, and with demand tanking, their economy is going down with it. Patrick believes that the price of minerals is entirely controlled by the US, hoping to sink Zimbabwe in the process — although let’s be real here, does the US actually care about Zimbabwe?

Sure, Mugabe’s rigged elections in his own favour, but he still has a wide support base, and it means having to talk very carefully in the country — many who speak out against him disappear. Like Museveni in Uganda… Mugabe’s old. His opponents are sort of just waiting for him to pass on. In the meantime, they’re just tired of all the political infighting, and they try to make life as regular as possible. And you know what? It really is very regular. This is a pretty stable country. People go about their lives, and there’s a burgeoning middle class. You can really tell by seeing how many of them are on vacation in their own country, especially at the two UNESCO World Heritage Sites I visited.

Zimbabwe doesn’t just have Victoria Falls, it’s got some of the most beautiful nature I’ve ever seen, in the form of the Matobo Hills National Park (Matopos), located 30 km outside of Bulawayo. Jagged hills of granite with impossibly, precariously perched rocks fill the landscape as far as the eye can see, mixed with green trees and shrubs. It’s terrain I’ve never thought existed, that I’ve never even imagined or dreamed of. The pictures don’t quite do it justice, but the views are absolutely spectacular. 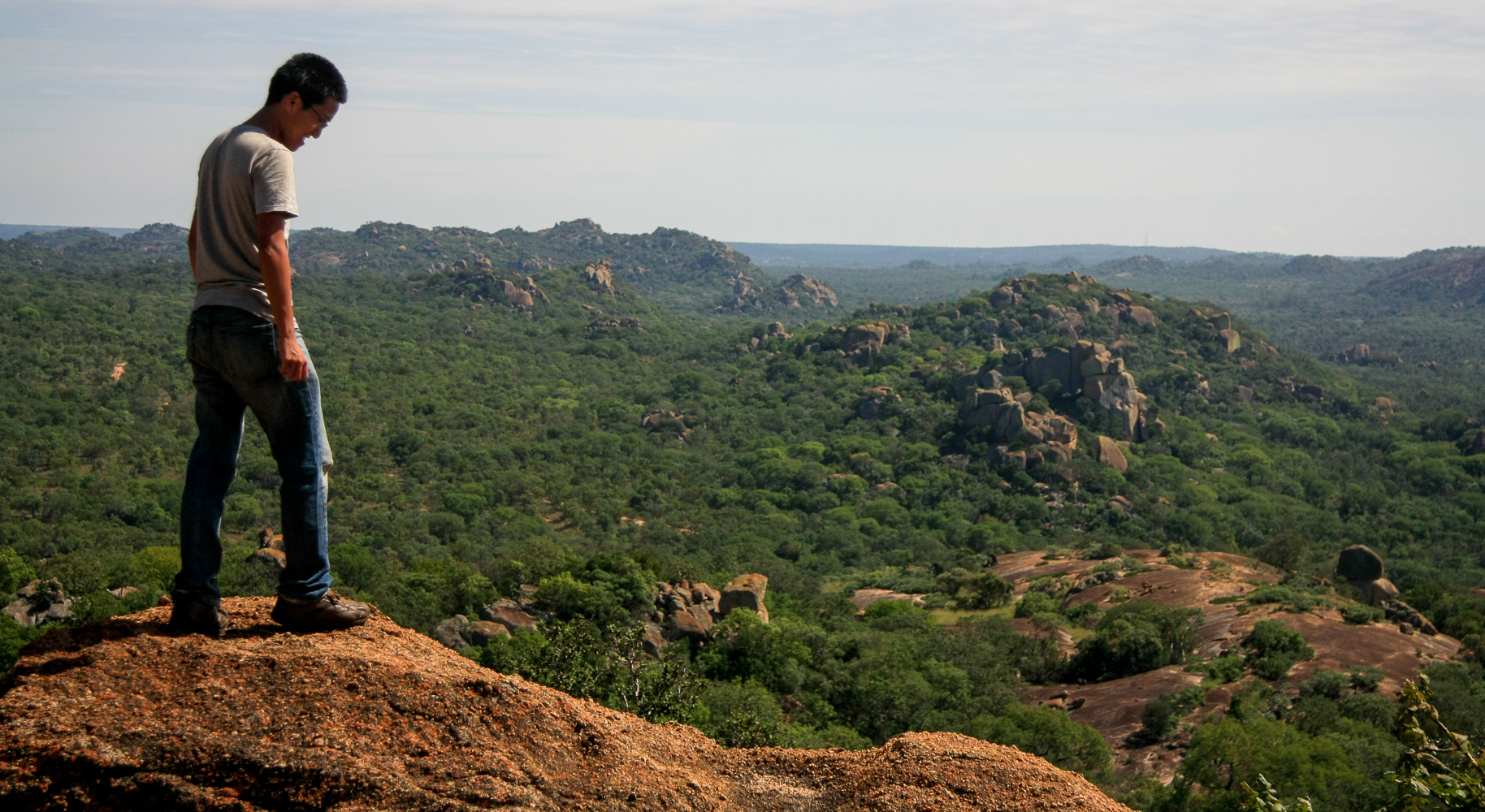 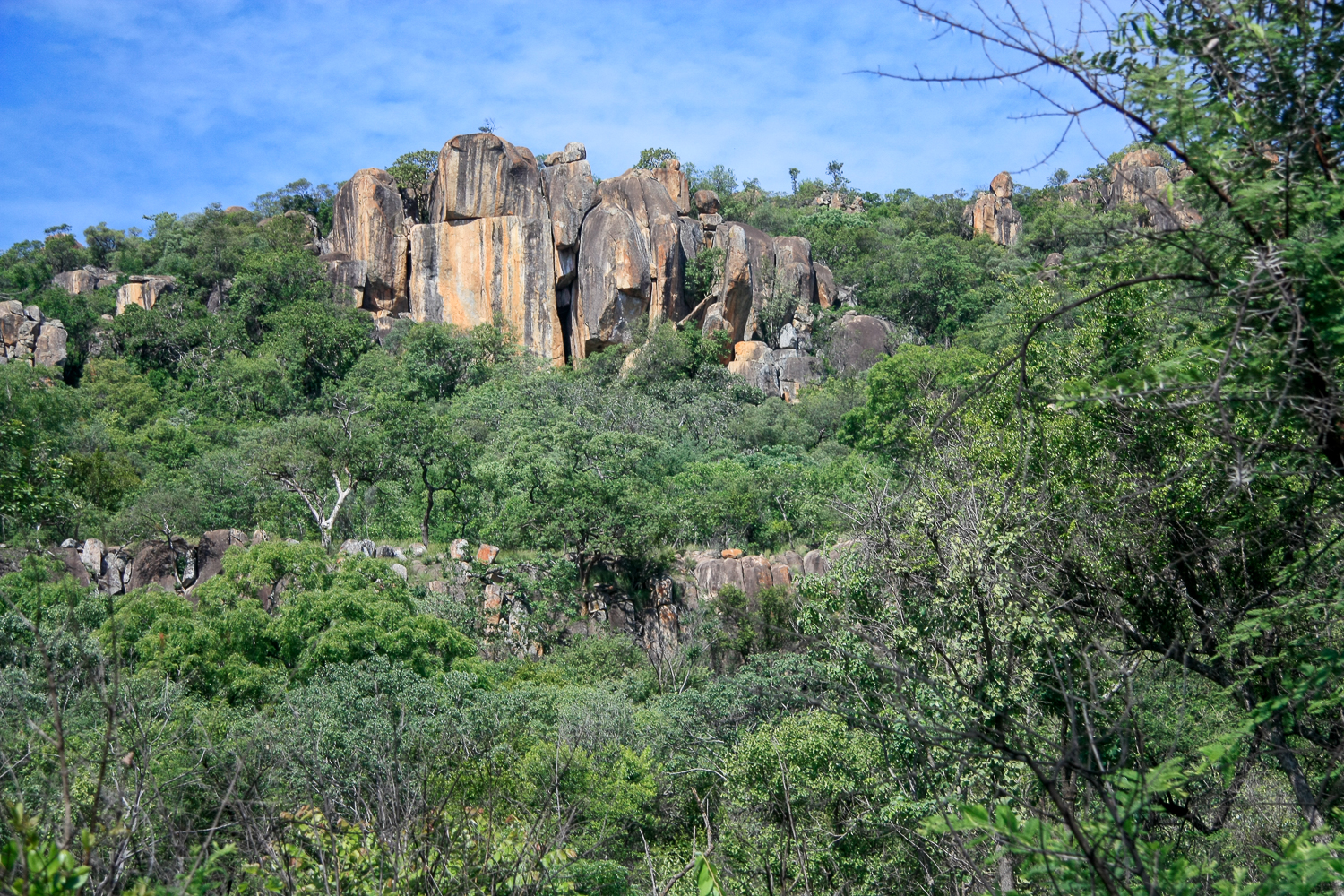 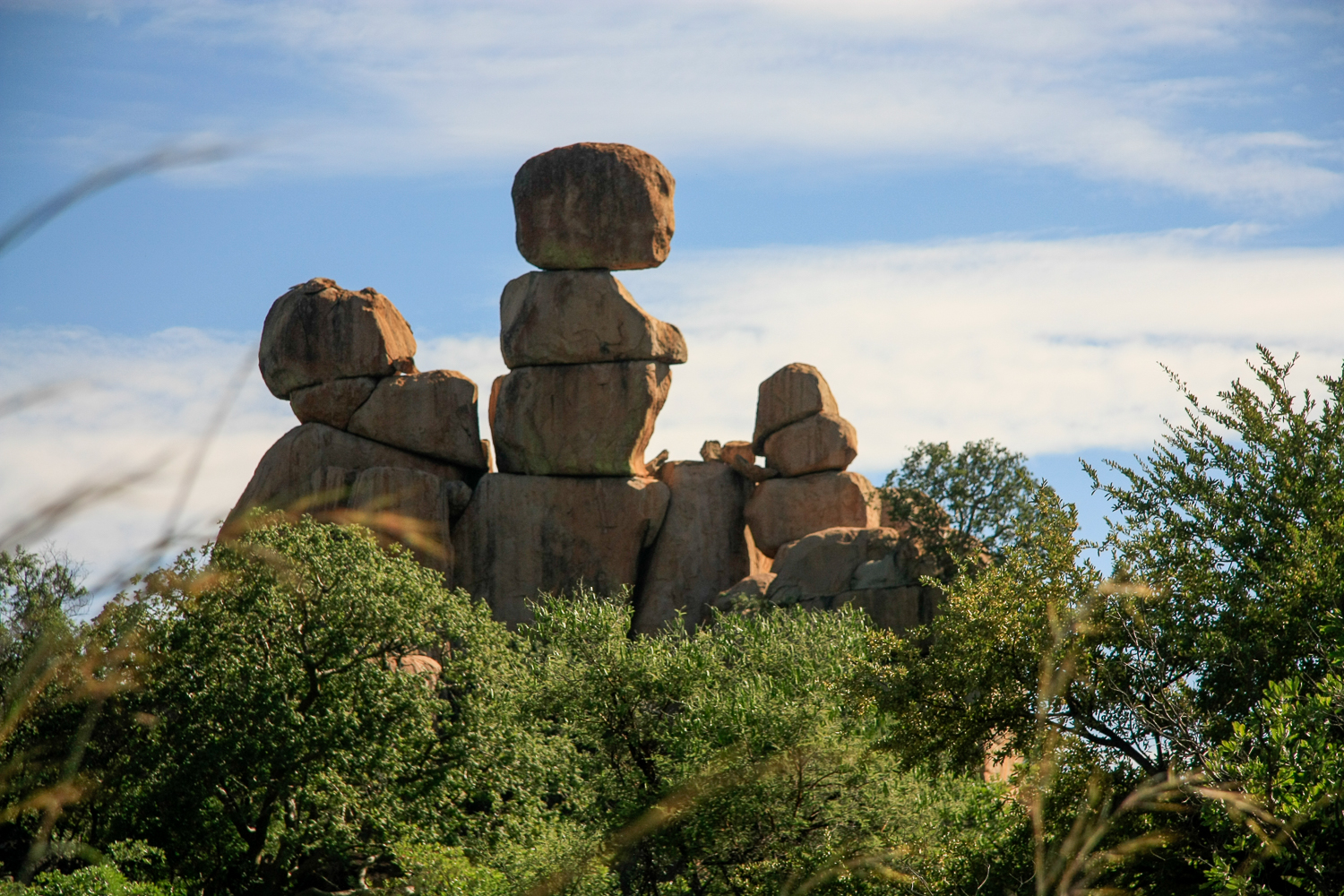 It gains its heritage status with the presence of San (bushmen) rock art — cave paintings like the ones I saw in Somaliland, though of a vastly different style. The park itself is also sacred, with certain places used for rain dances. More controversially, Cecil Rhodes is buried in the park as well, at an area deemed “World’s View”, supposedly the most pretty place in the park. We didn’t make it there for sunset since our taxi ran out of gas, but we arguably had some views of the “world” ourselves, climbing on top of the rock art caves for a full 360 degree view. 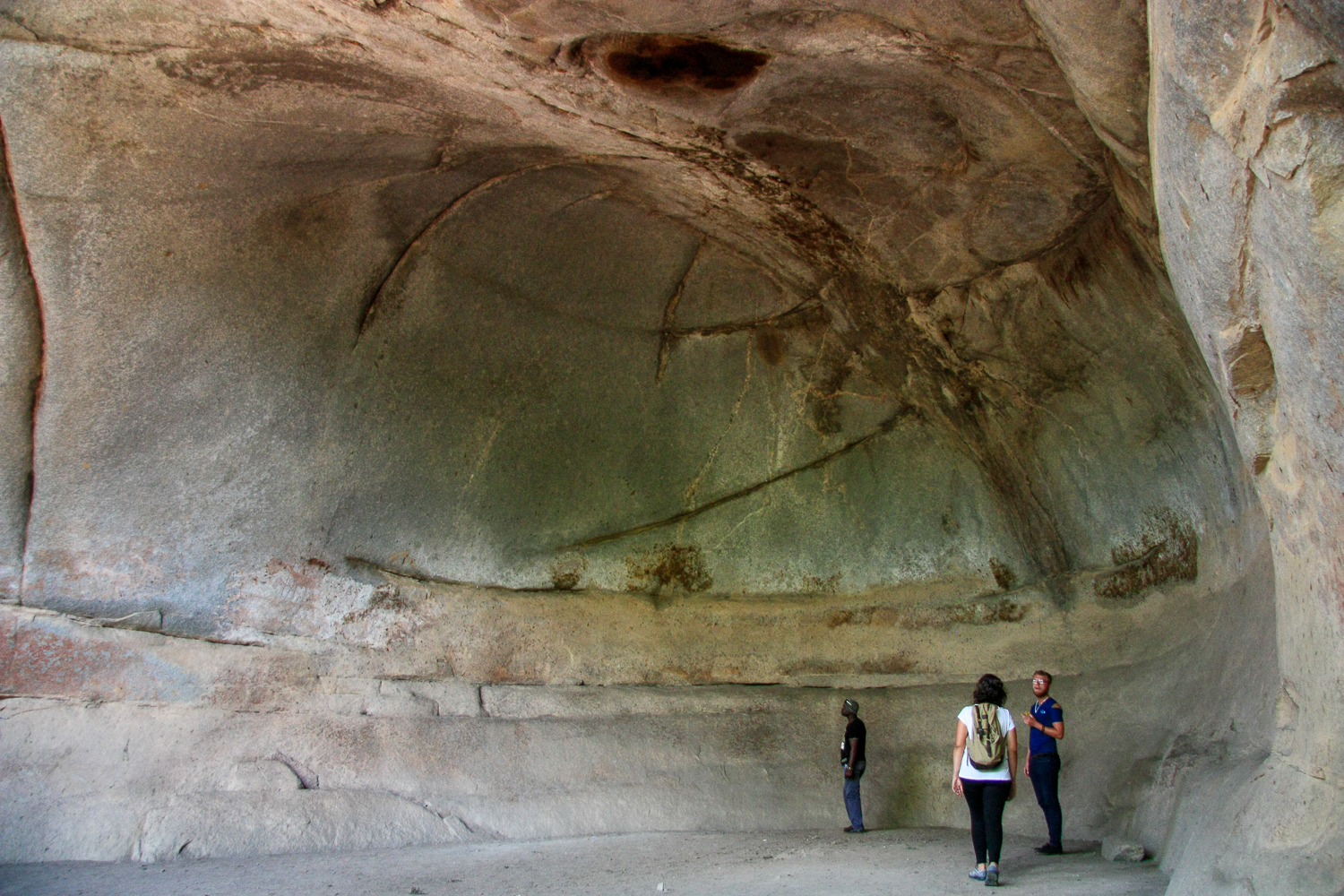 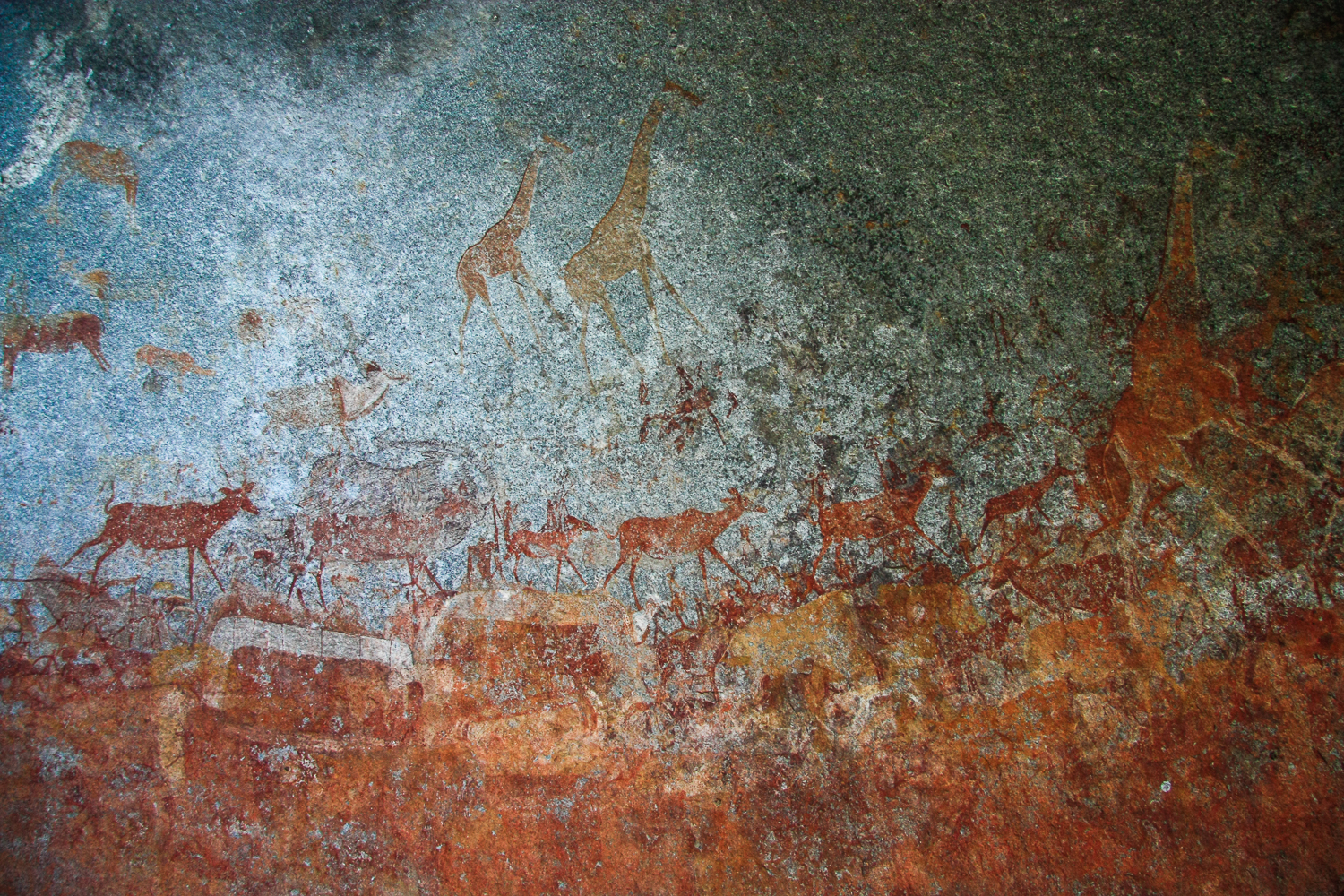 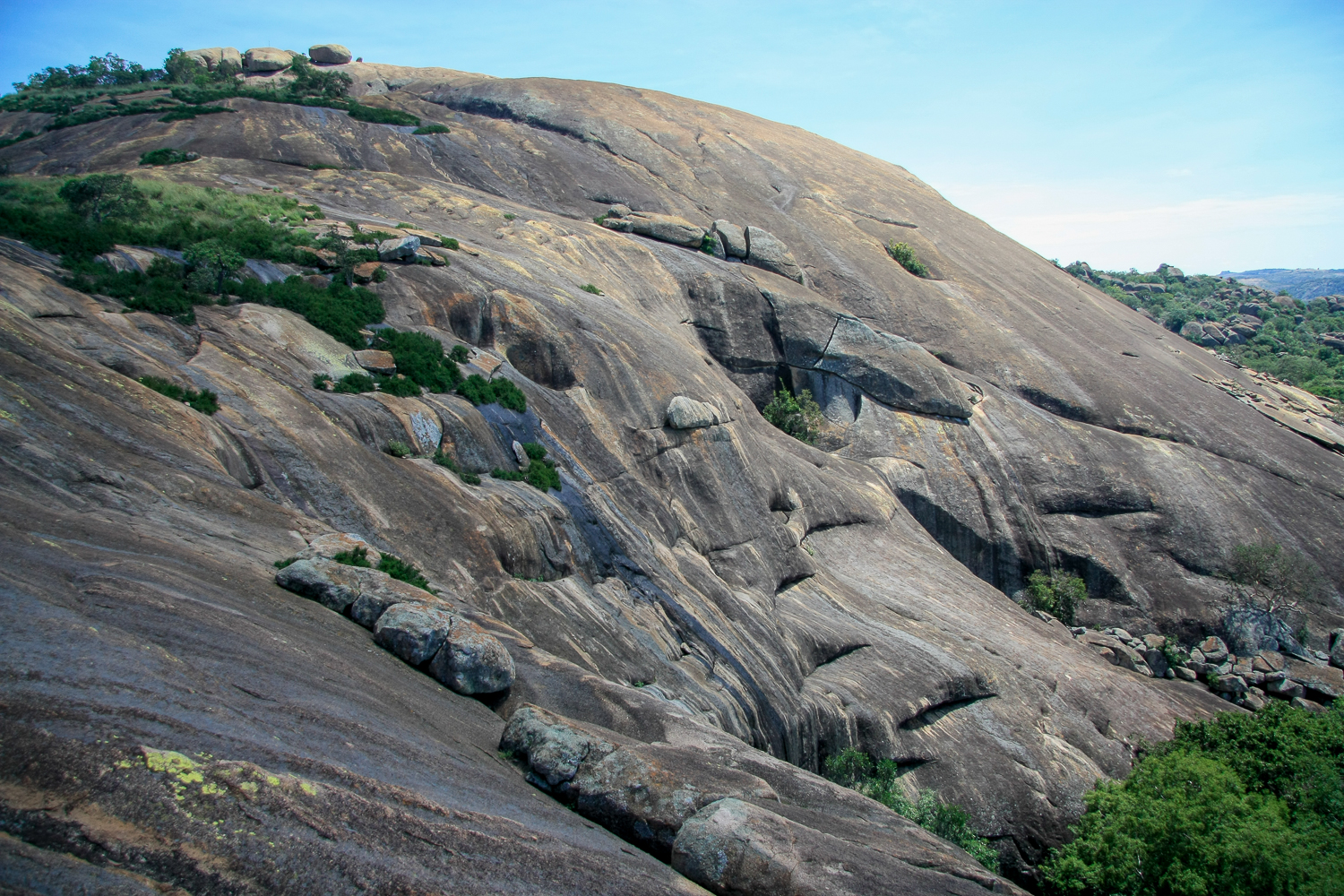 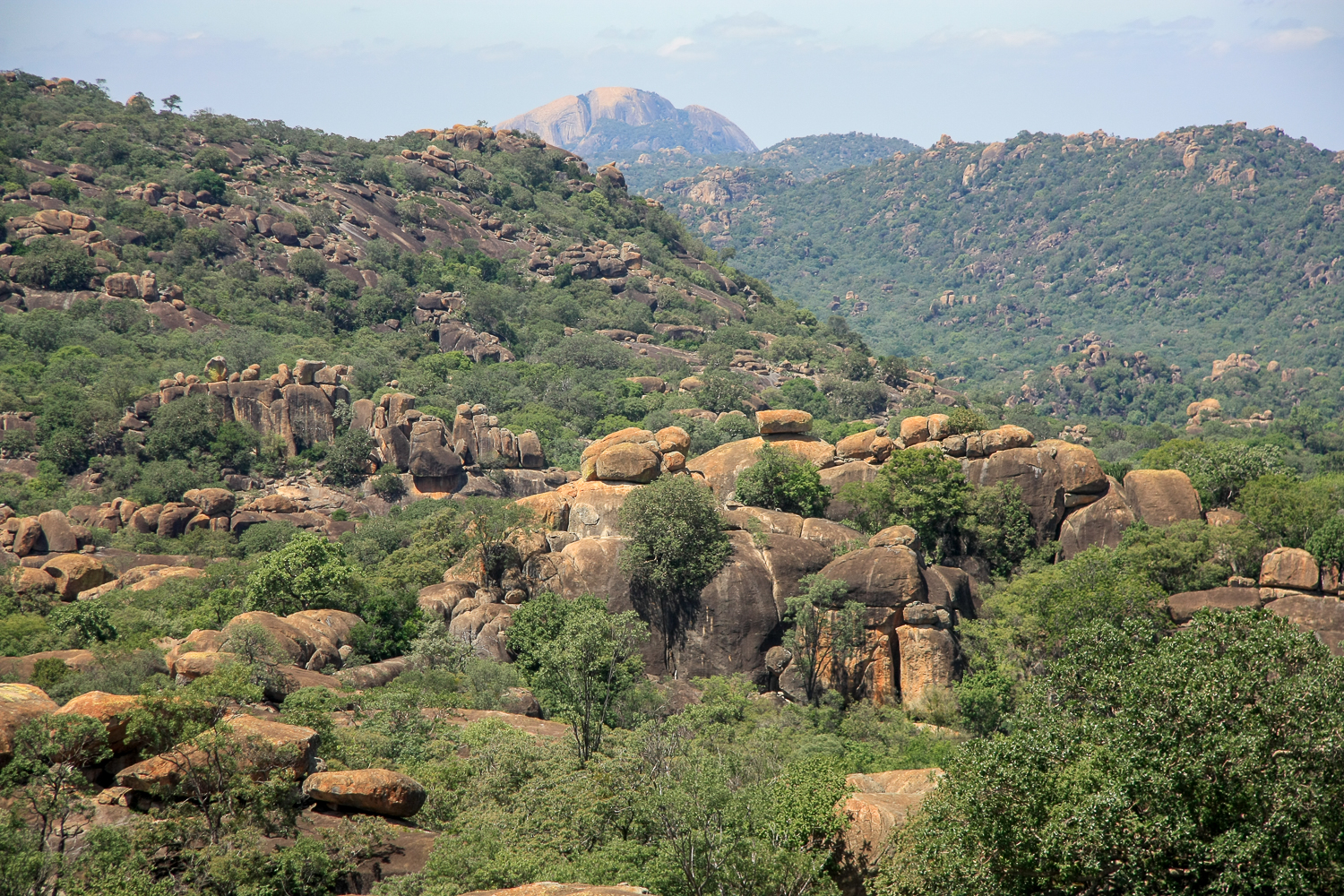 I moved onwards to Masvingo for a very brief stopover. I was immediately helped by Lawrence, a stranger who walked a kilometre with me to the combi (share taxi) station. Admiring the city’s wide, palm-lined boulevard and the buzzing activity out loud, I was interrupted when Lawrence pointed out how desperately poor the city and region actually is, with this year’s significant drought playing a role. I guess despite the regular appearances, things aren’t quite as rosy as they appear, but people certainly do try. 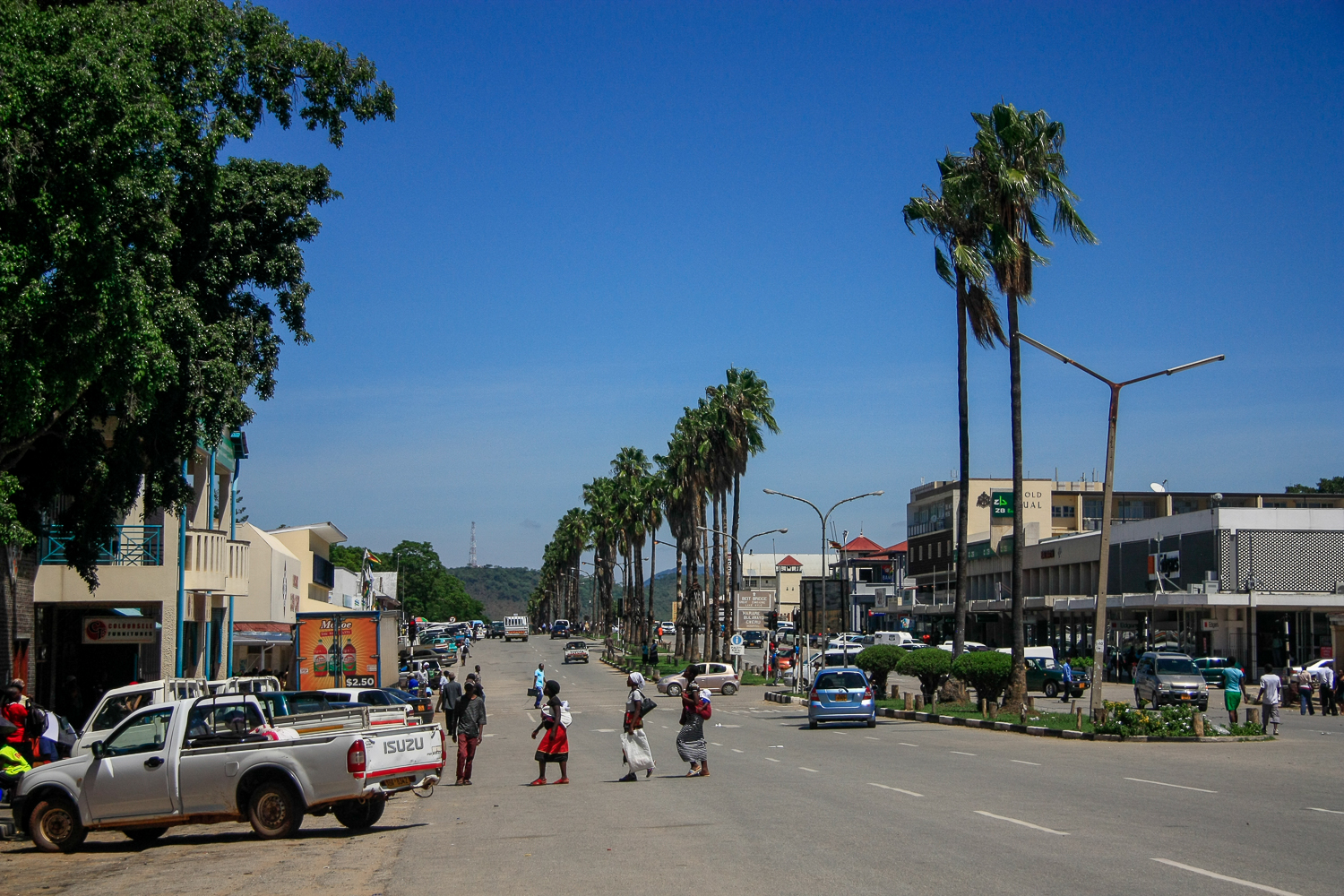 About 20 km outside of Masvingo lies the ruins of Great Zimbabwe, which the independent country was named after in 1980. One of the few, if not the only, examples of structures from pre-colonial African civilisations, it’s practically the Machu Picchu of Africa (though much, much smaller) — and yet it receives few visitors other than locals! Given that it was Easter weekend, there were plenty out there enjoying the most significant site in the country.

Zimbabwe is a corruption of the Shona language term for “stone houses”, and Great Zimbabwe was the largest “zimbabwe” built by one of the many Shona kingdoms that emerged in Zimbabwe’s history, estimated to have housed 2500 people. They moved north and abandoned Great Zimbabwe to try and take over the gold and ivory trade the Swahilis had begun to monopolise, but failed and collapsed. 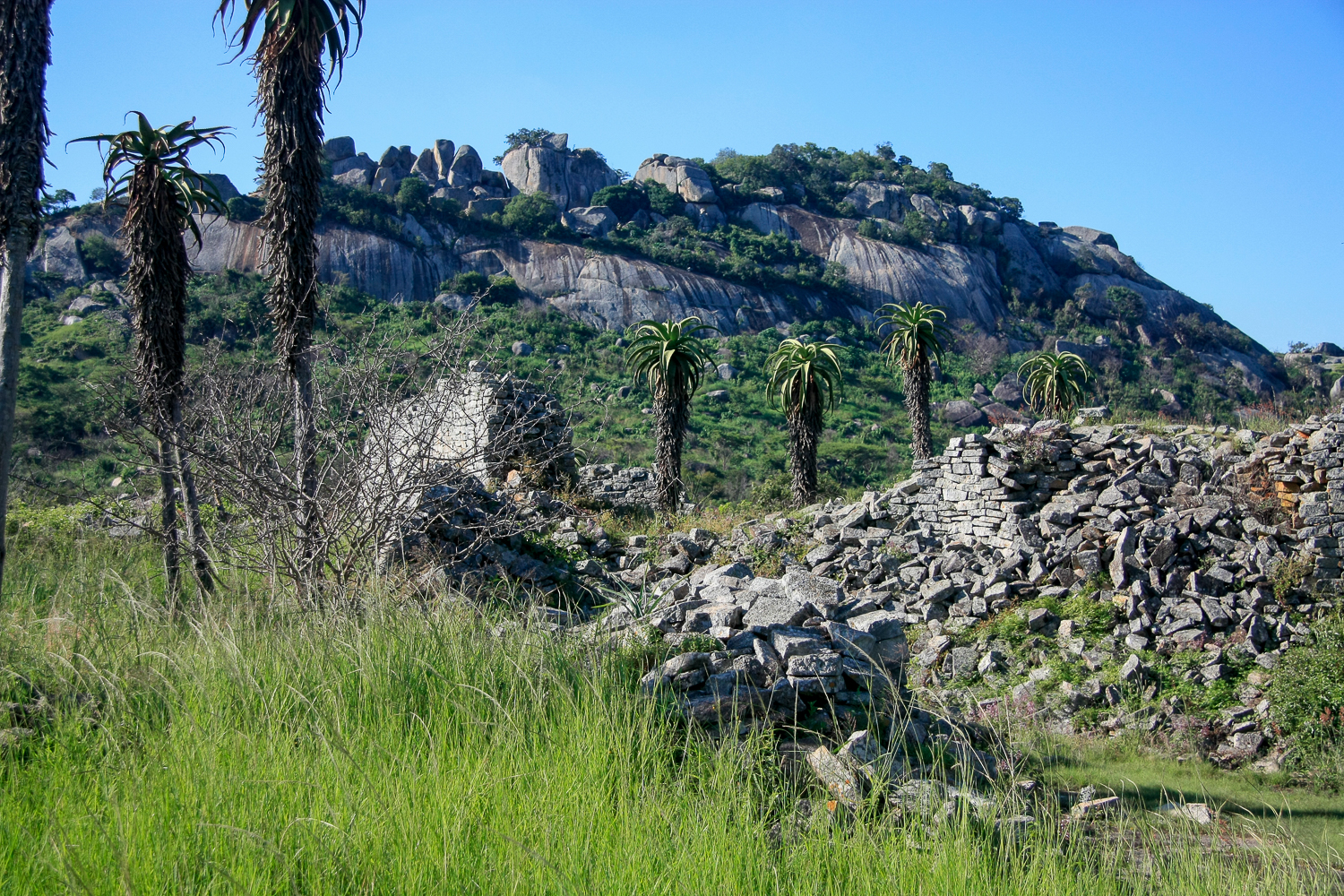 Great Zimbabwe is made up of fortress-like walls of granite up to 11 m high and 5 m thick — and this is without using any mortar at all, just stacked bricks. Bricks were made by heating up a large wall of granite, then rapidly cooling it with water. Cracks would form, and granite naturally breaks into regular-sized bricks, which they would shave down into the desired shapes. The Great Enclosure was probably used as a palace of sorts, with ruins of the bases of houses still visible inside the walls along with a conical tower, considered a national symbol. The Valley Ruins were where soapstone carvings of birds were discovered — also a national symbol, and the one depicted on the flag of Zimbabwe. 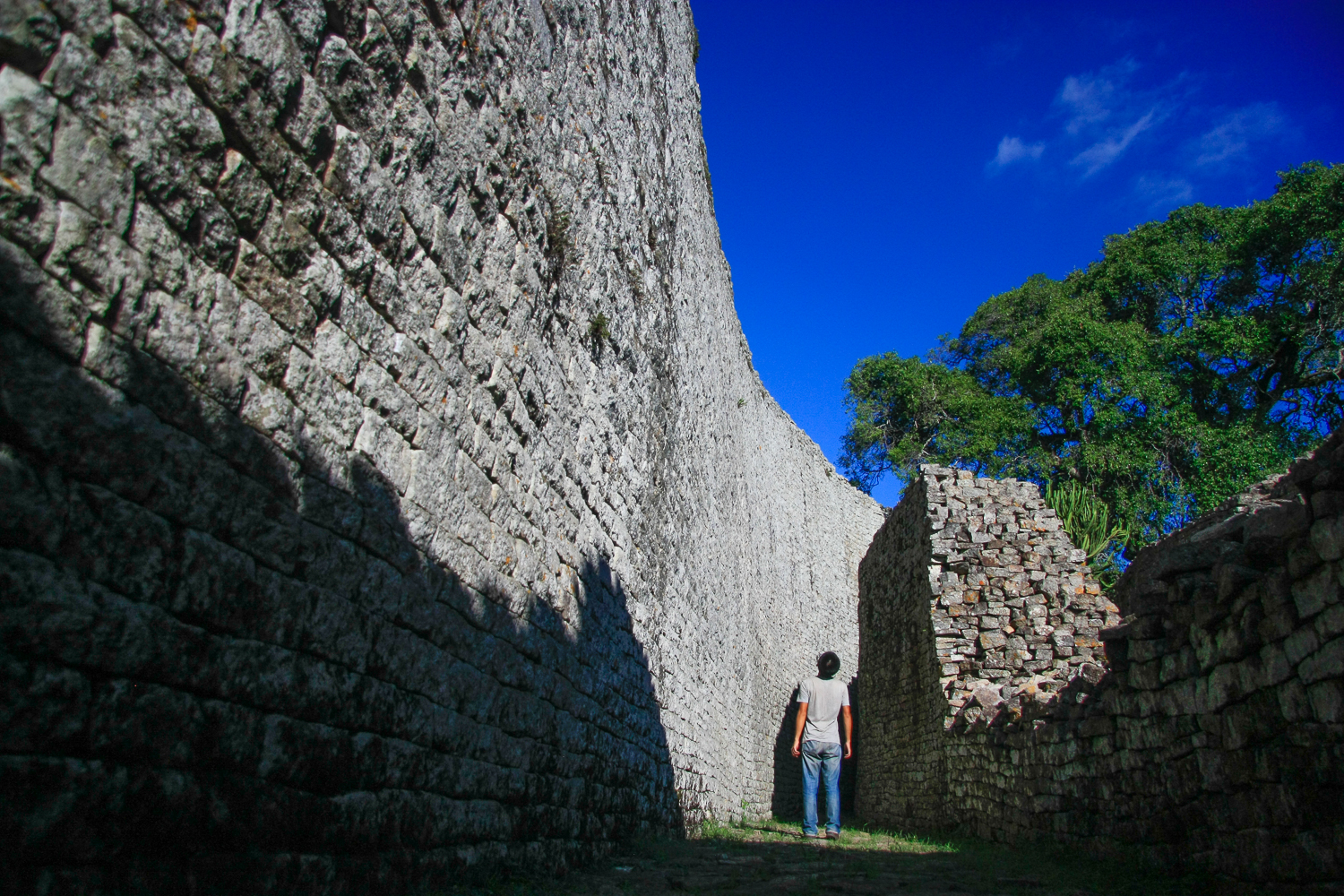 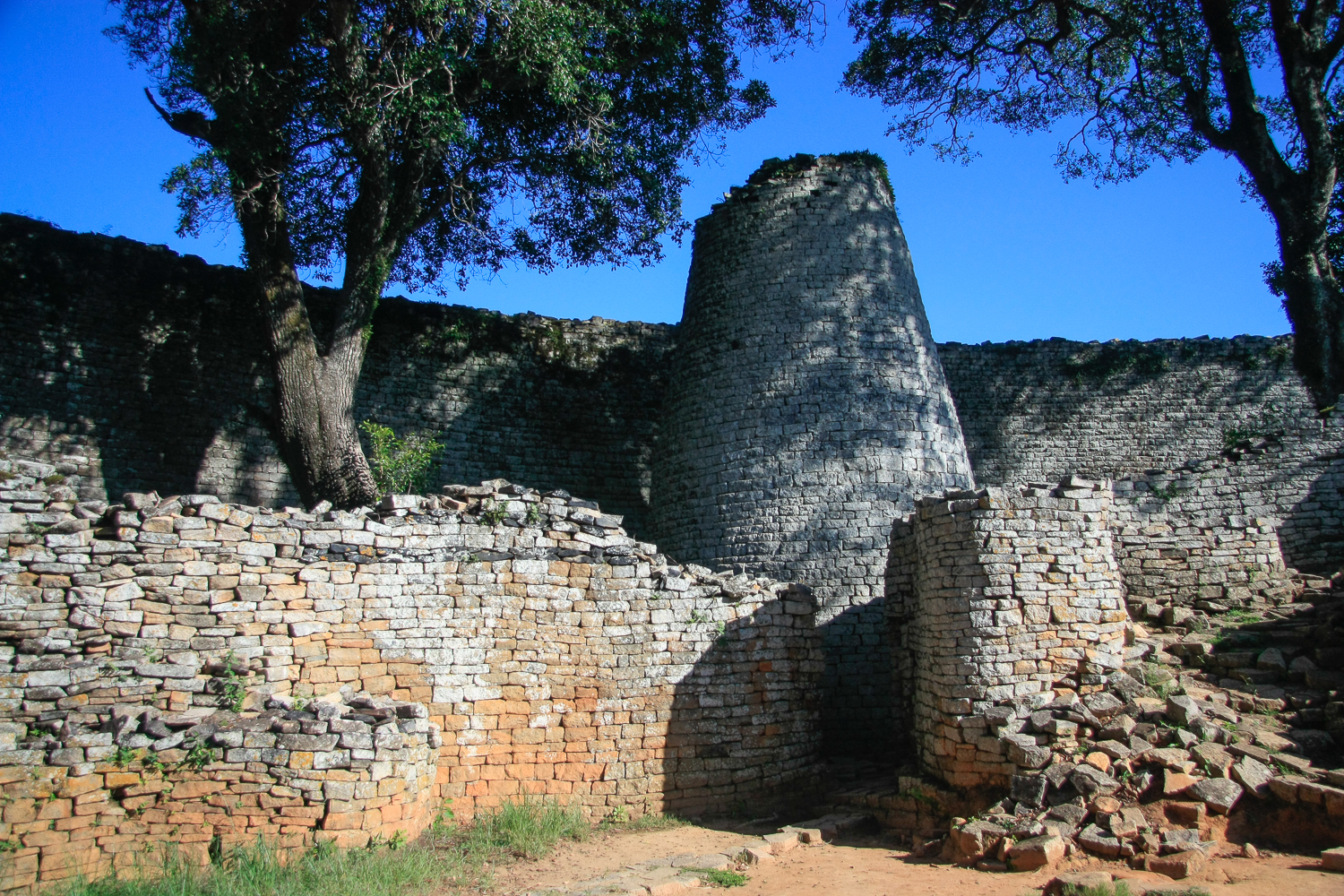 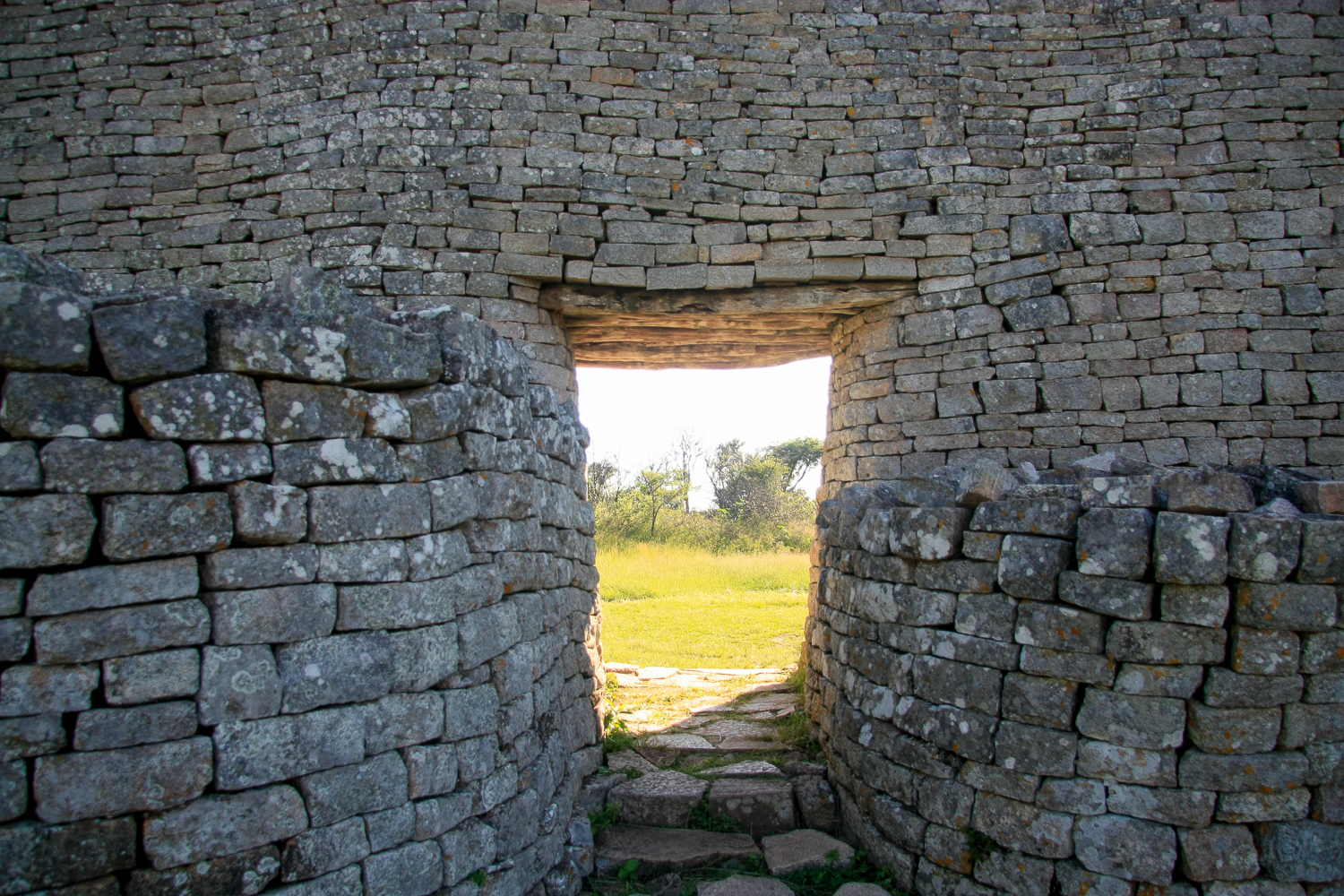 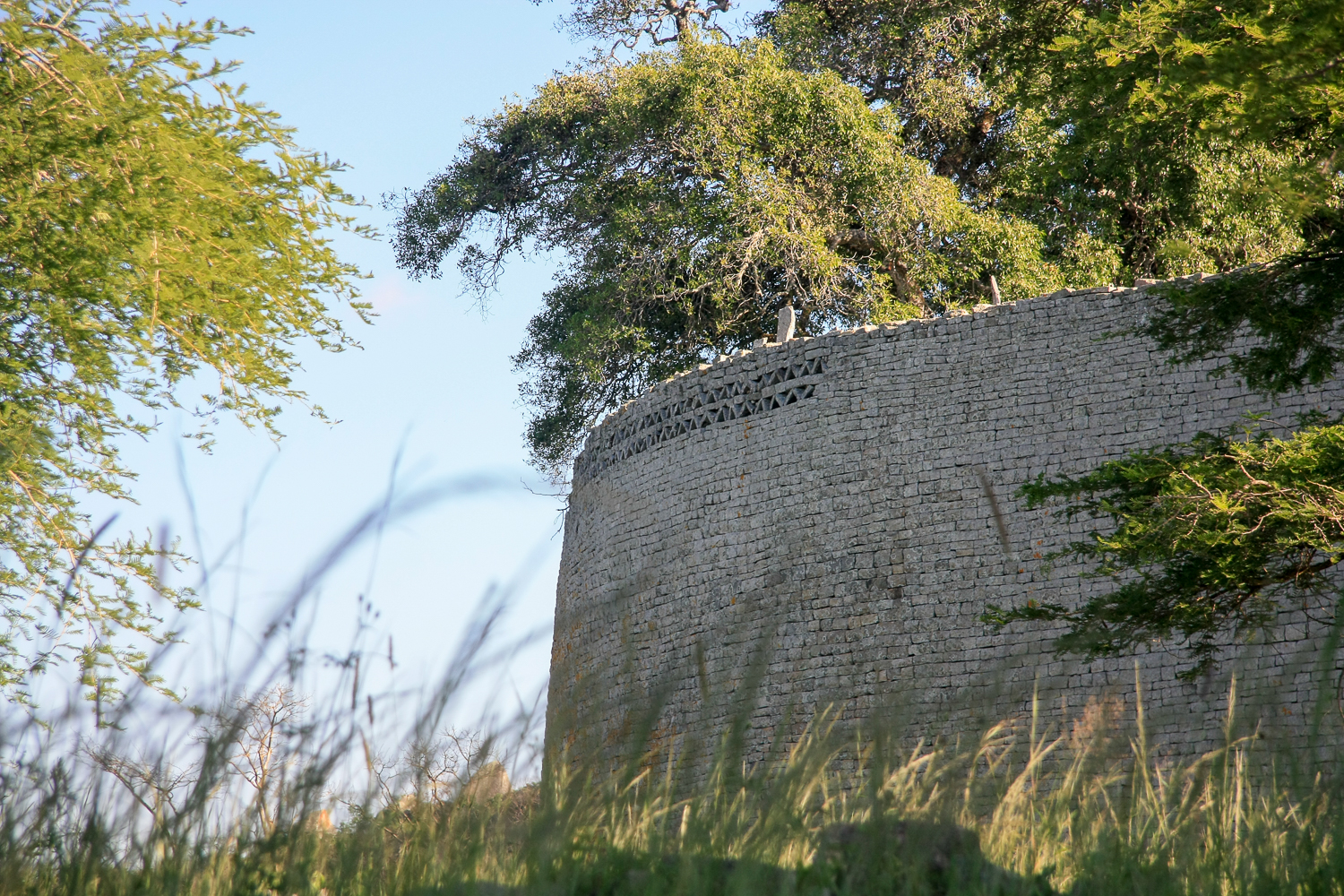 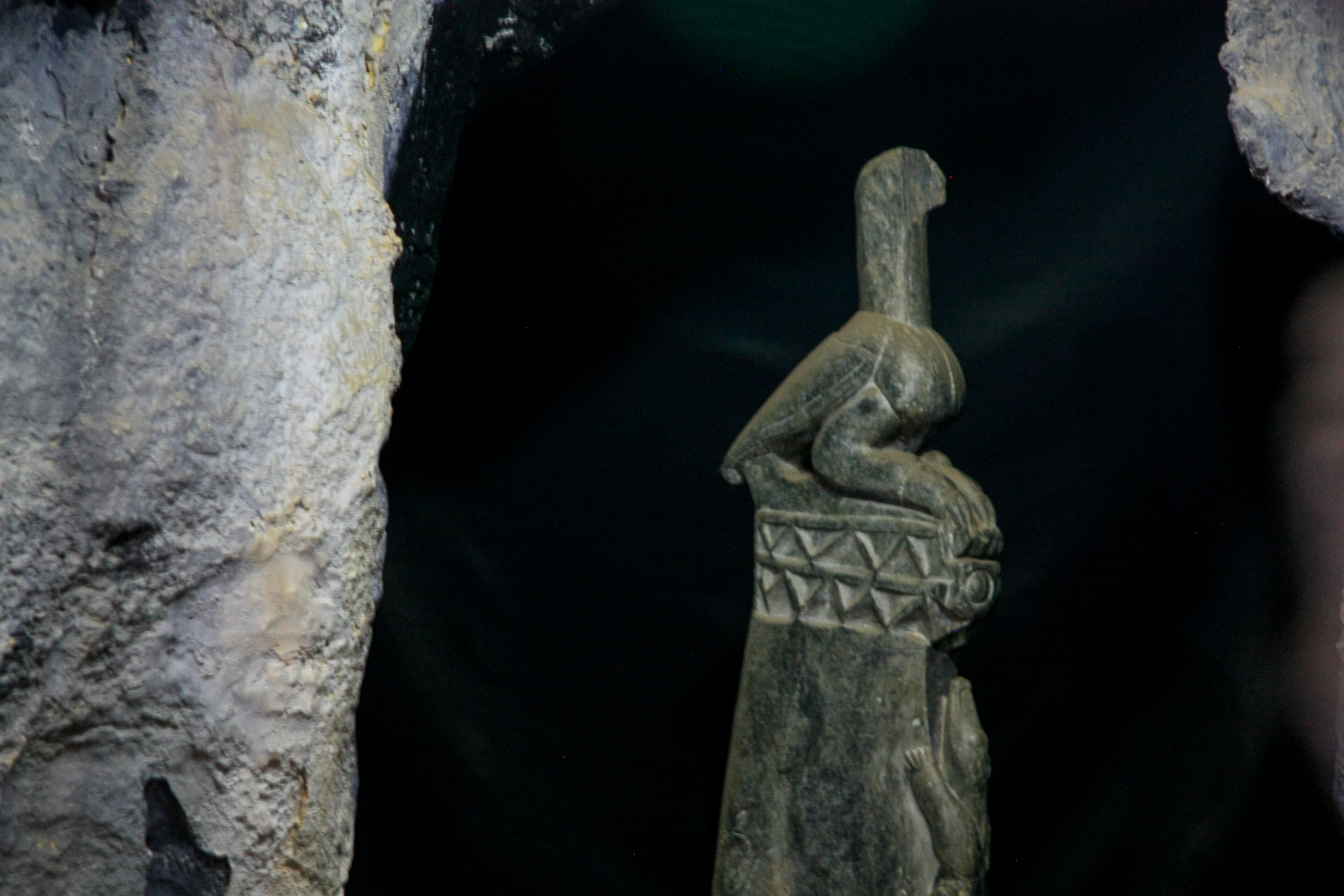 The Hill Complex is perhaps the most spectacular. Despite thinner walls, the walls are constructed on wildly irregular terrain, overlooking the valley below. And down there, within and just outside the park’s confines, there are Shona villages still proudly traditional. 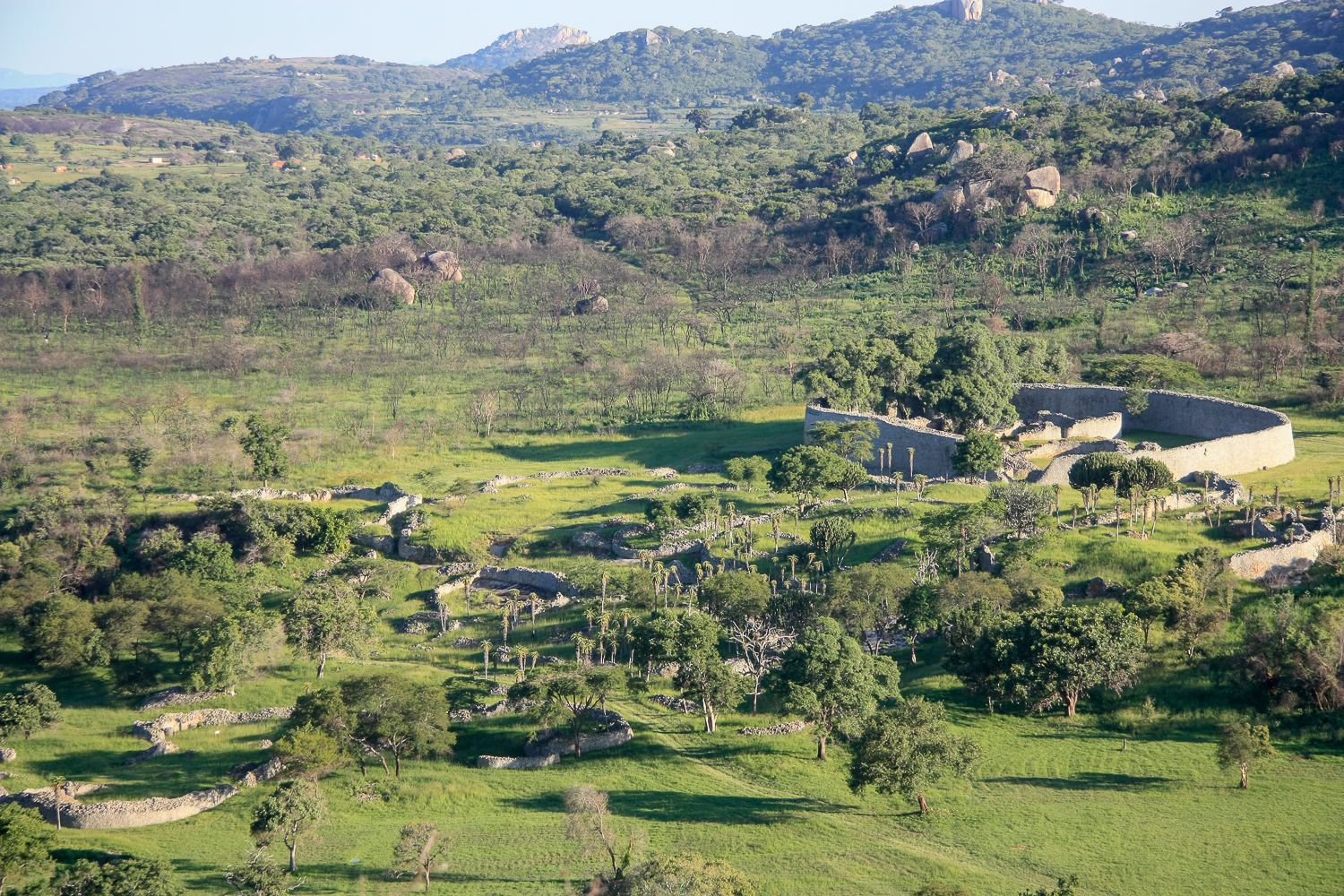 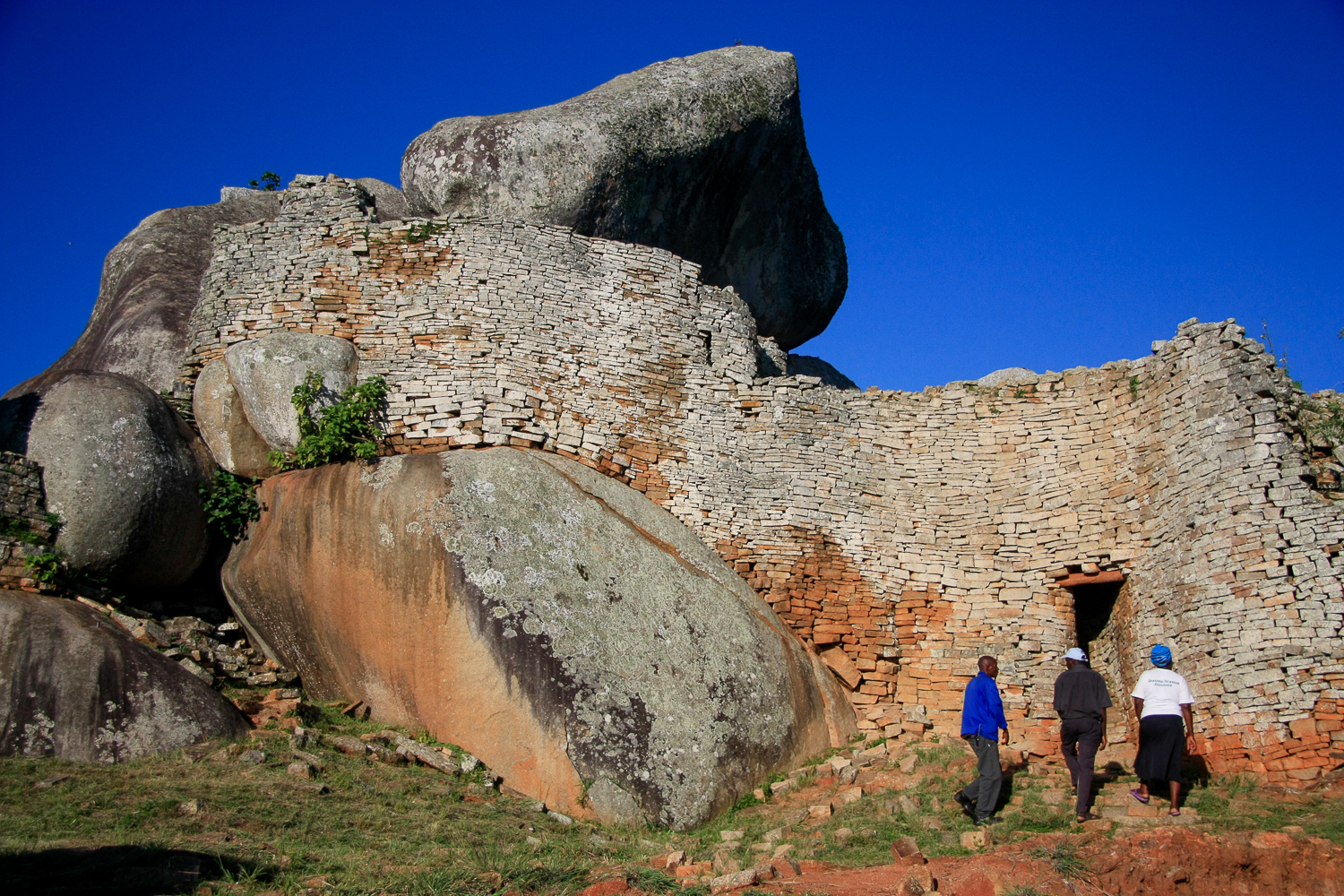 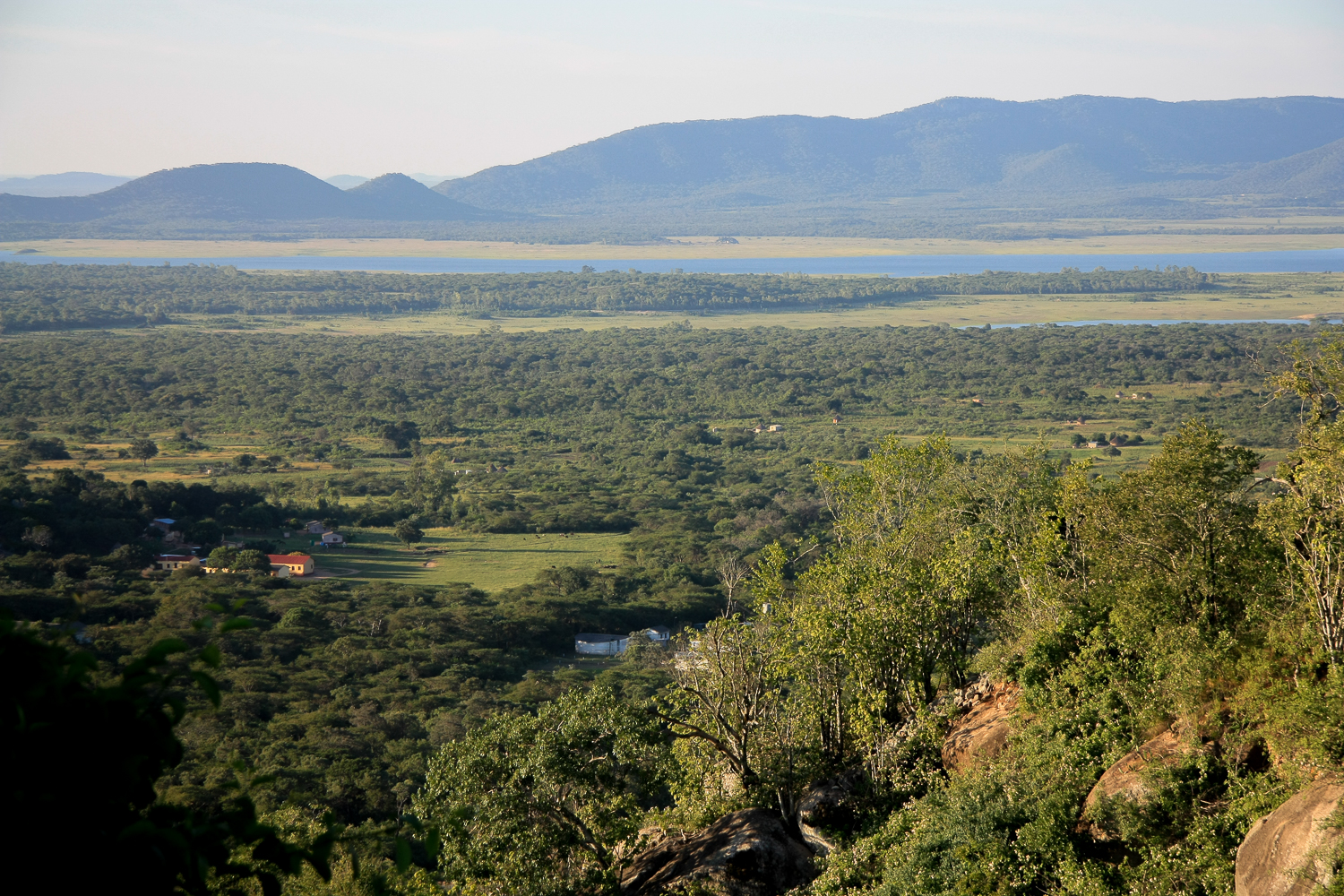 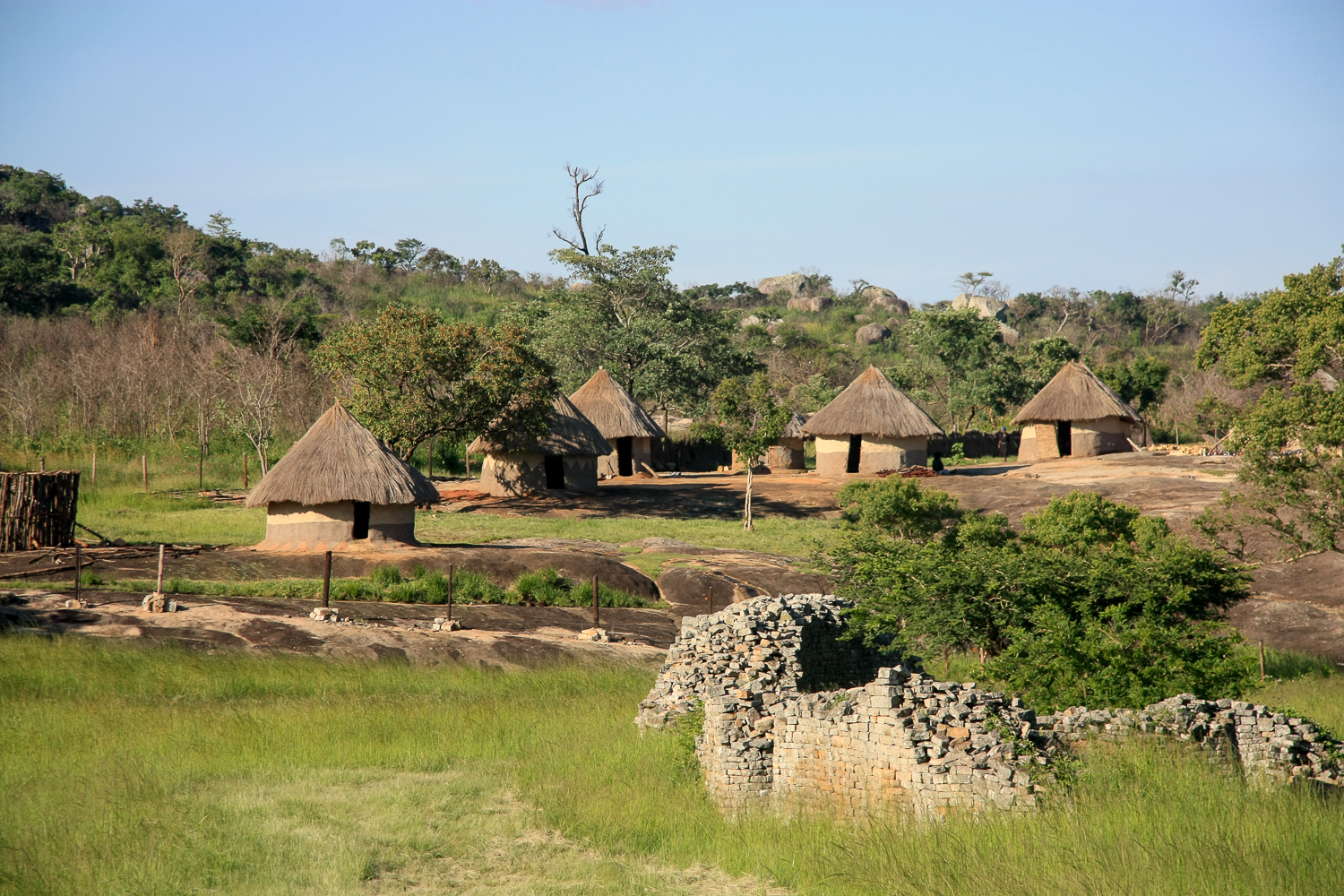 I spent way too little time in Zimbabwe, and I miss the incredibly friendly people. Crossing the border to South Africa in the middle of the night and seeing everyone treated like a criminal at the border, a part of me wanted to immediately jump on the first bus back. I’ll come back someday for longer!