I have it admit it’s a little weird that I saved Bishkek for last. The capital has the biggest airport and it’s usually where people start. Bishkek is a pleasant city in its own right, but let’s face it, it’s not what you come to Kyrgyzstan for. But to be honest, it is kind of nice to be in a big city again.

Beyond the typical Central Asian chaos of bazaars taking over sidewalks (or roads, when there isn’t one) at the edge of the city, Bishkek feels orderly and almost Western. Bus routes and marshrutkas run on a schedule, and there are apps for figuring it out. 4G data in Kyrgyzstan is ridiculously cheap (8GB per week for $1.50), topping up is done by machines found in virtually any corner store or cafeteria, and people here are rabid smartphone users. Malls with international brands urge visitors to check in on social media, cafes serving real coffee do the same. Restaurants offer choice, for once — though sushi/pizza combo restaurants tend to be oddly prolific. Streets are lined with mixed-use residential buildings and shops and department stores. 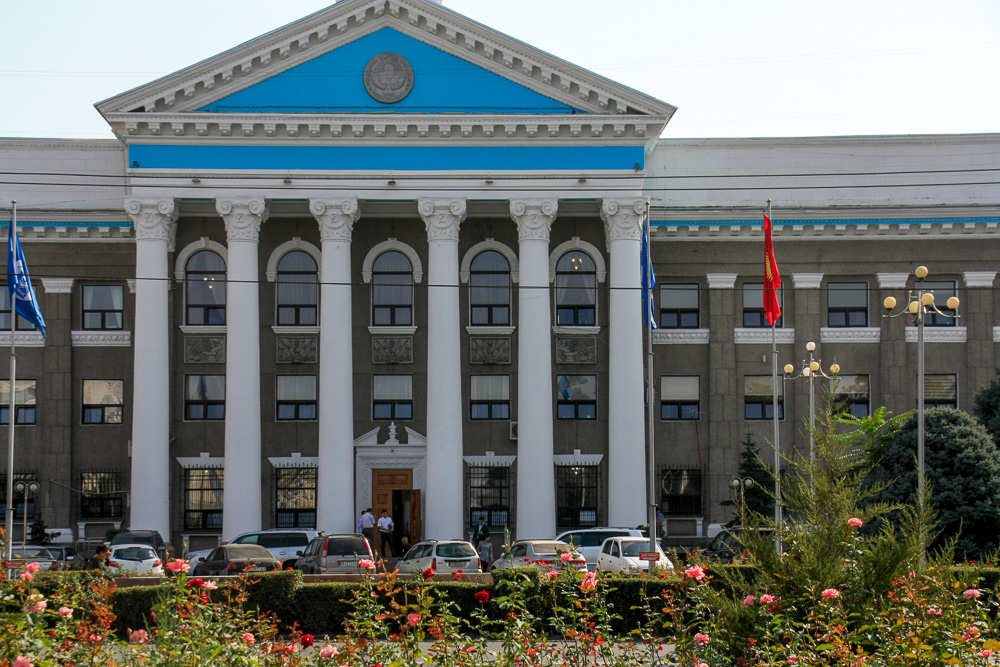 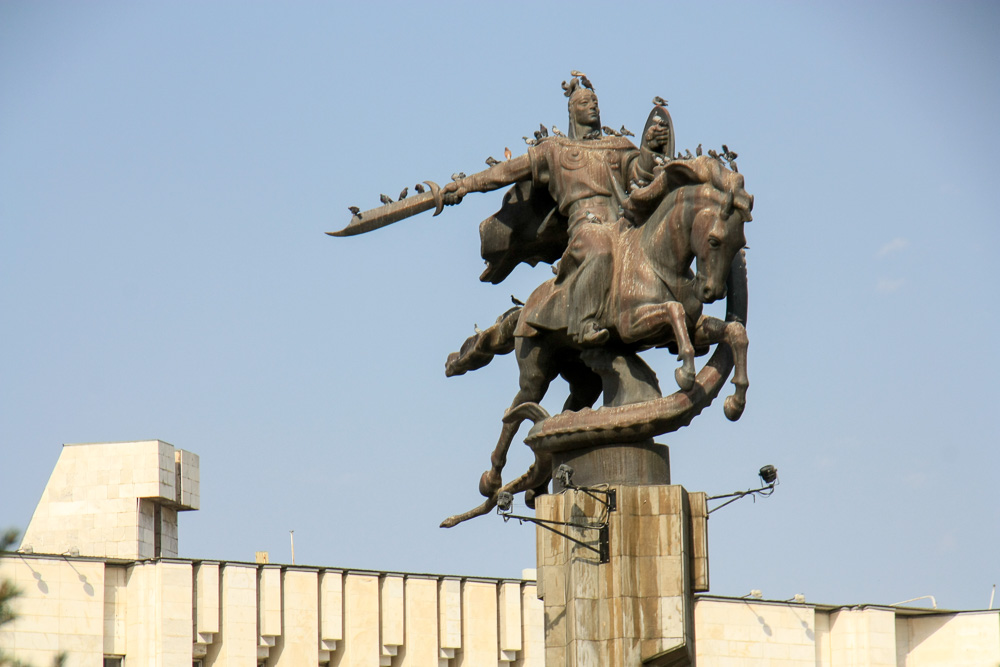 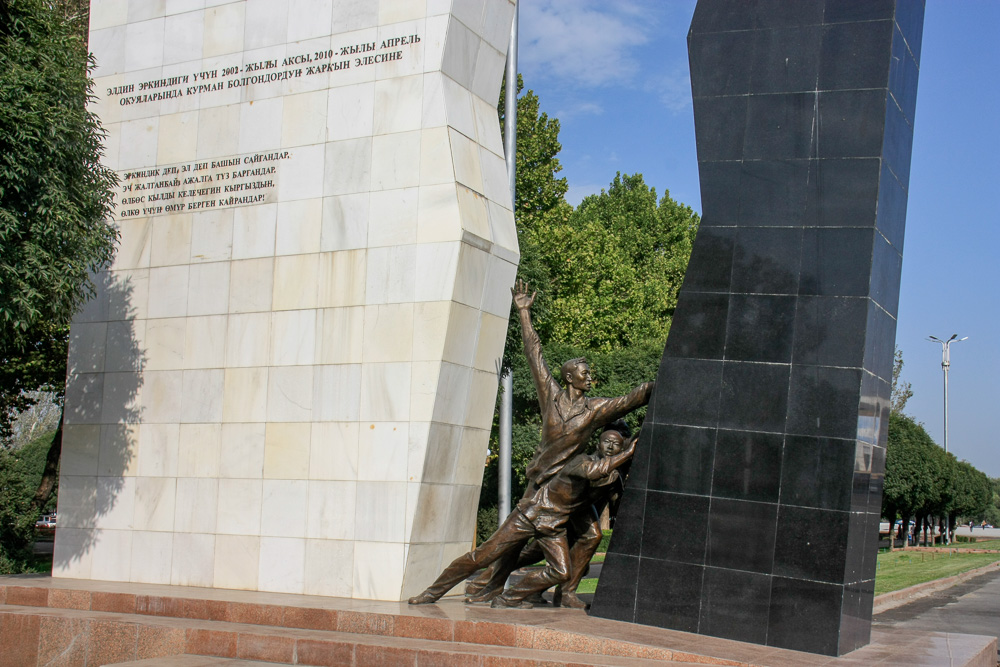 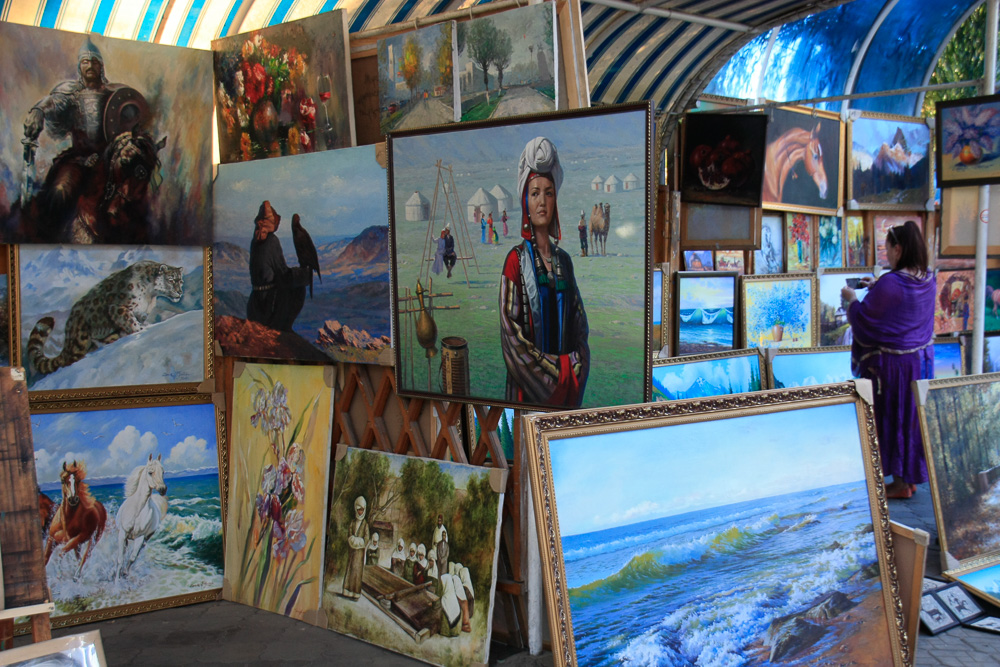 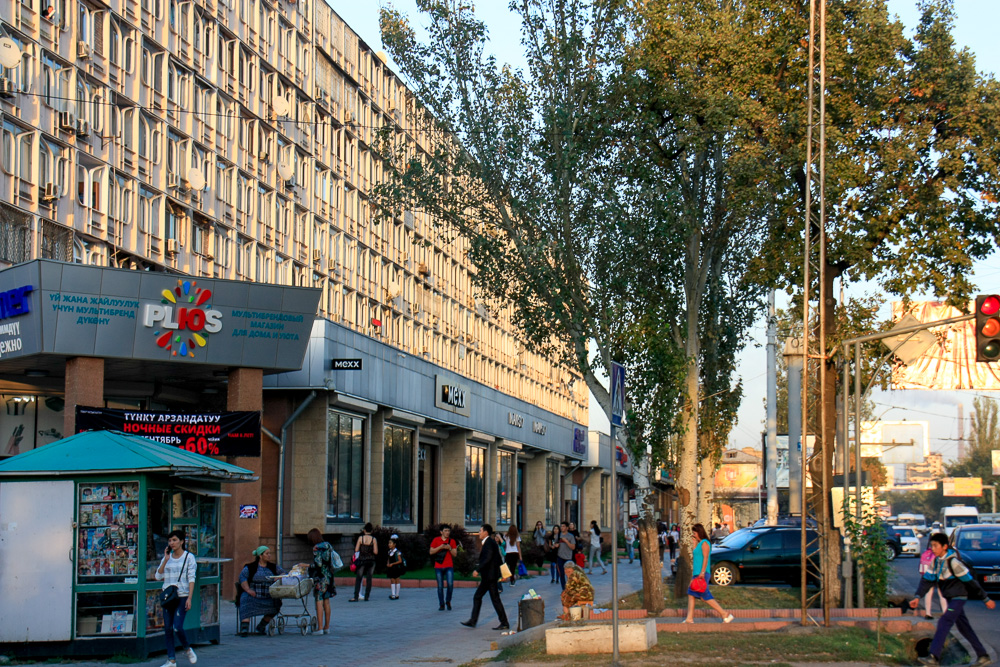 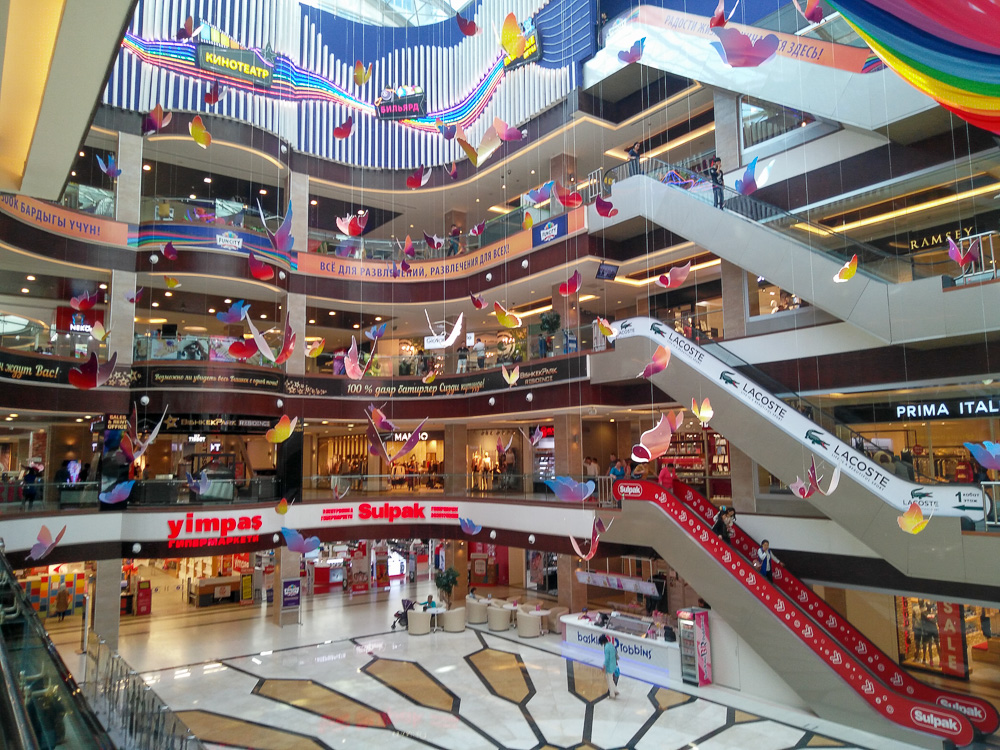 Of course, there are more local touches. Various buildings and statues dating from the Soviet era still stand, and there are the obligatory parks with rides and amusement park stuff in it. And though I couldn’t properly photograph them, there’s a beautiful Russian Orthodox church (currently under renovation) and Central Asia’s second-largest mosque (still incomplete after 7 years). And as with Dushanbe, there’s a grand boulevard for the government buildings and fountains galore at Ala-Too Square. 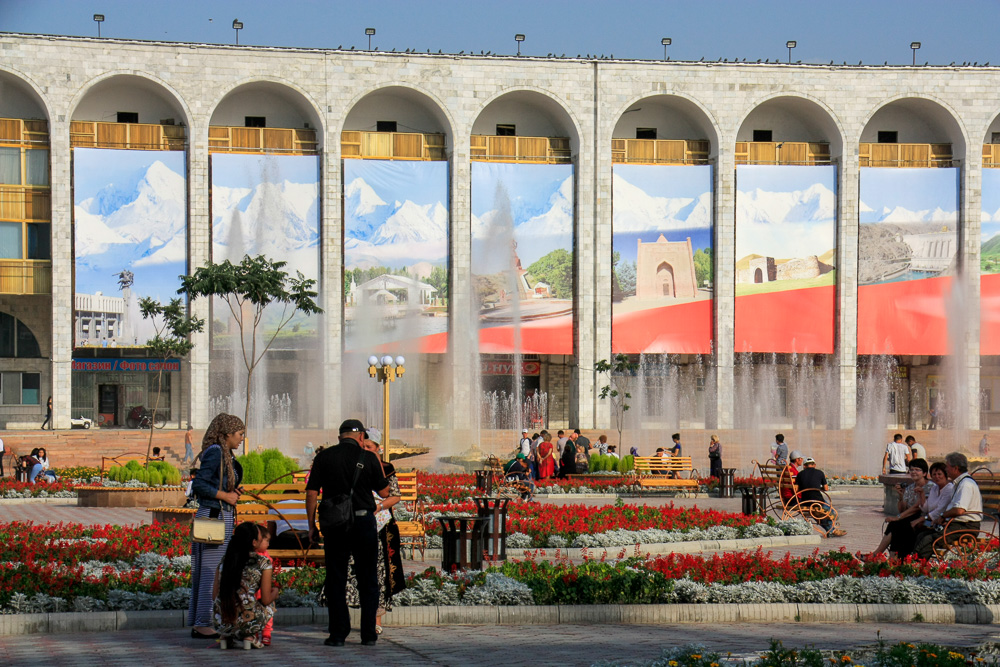 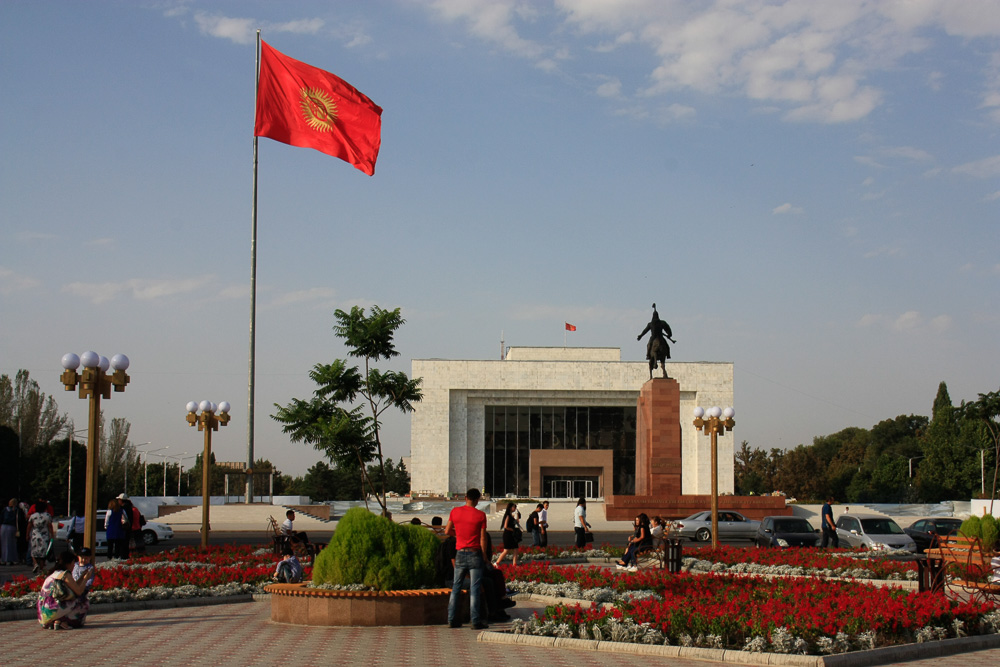 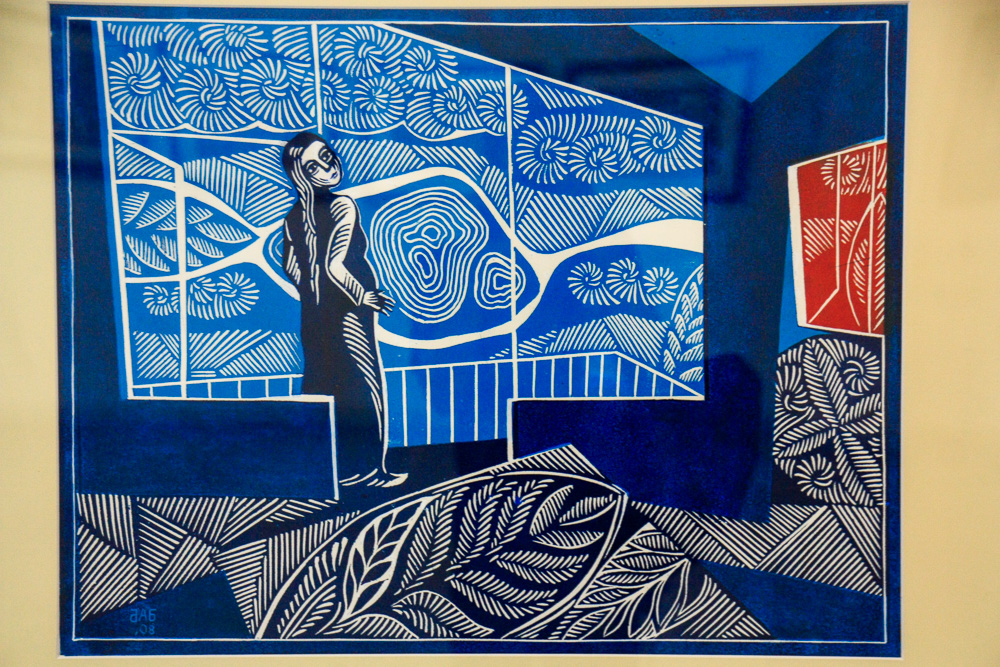 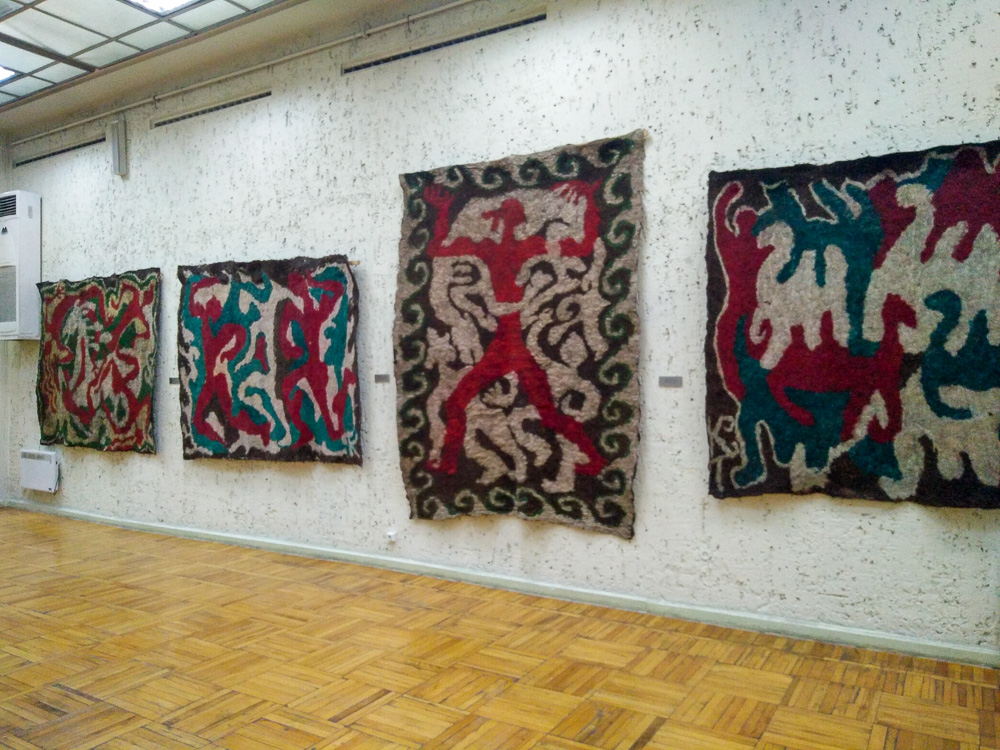 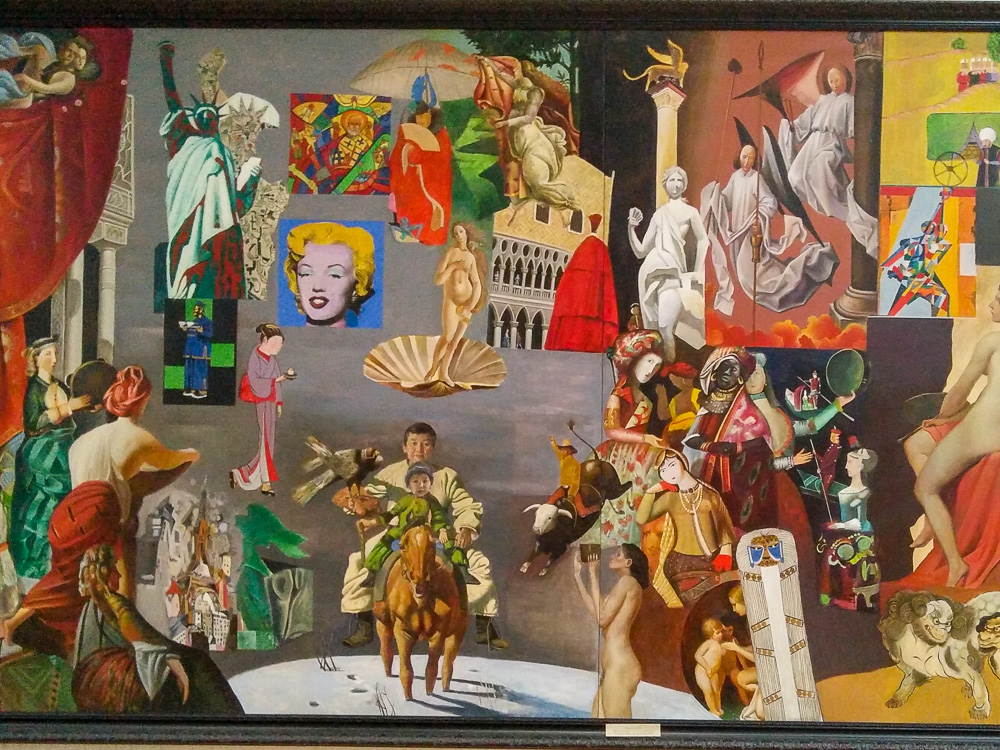 And it’s the latter two that I found in the nearby Ala Archa National Park. Making a daytrip there with fellow traveller Erik, we spent a lovely fall day walking alongside a river valley up to a waterfall and viewpoint of a glacier. The pictures explain it a little better. 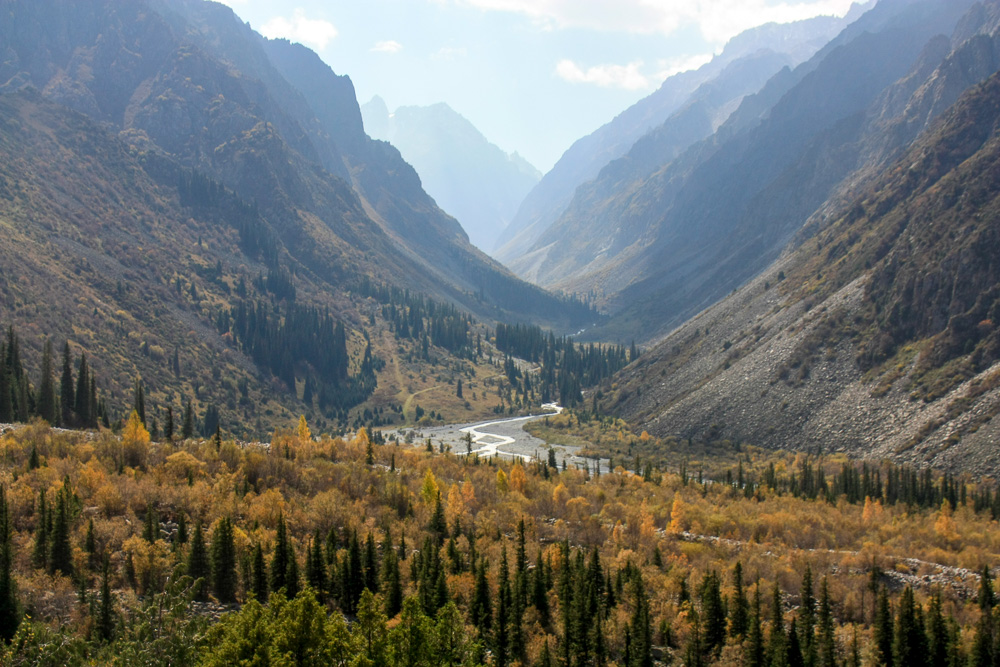 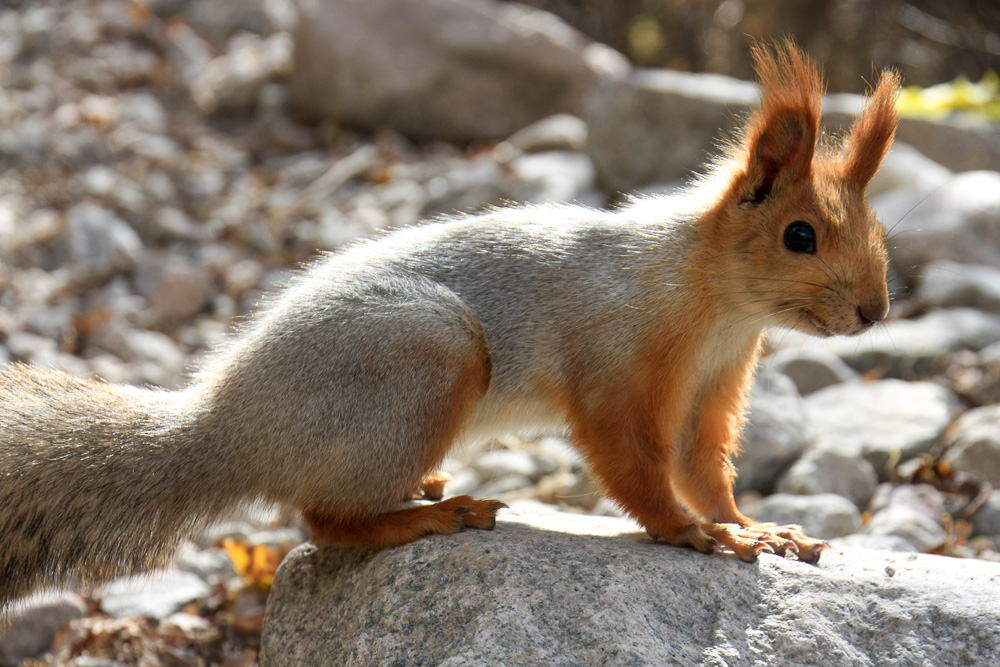 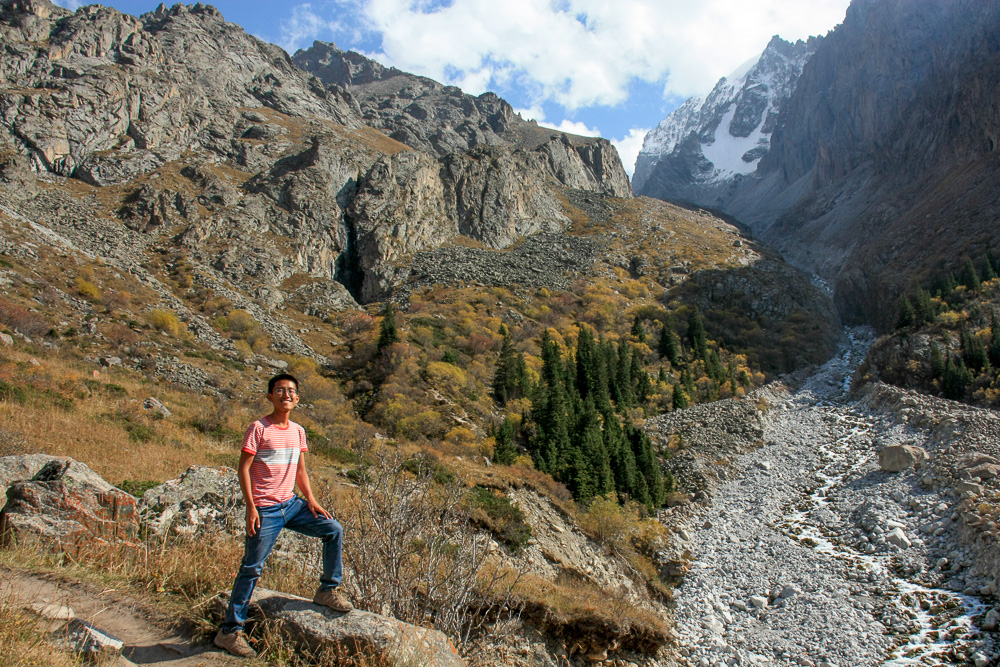 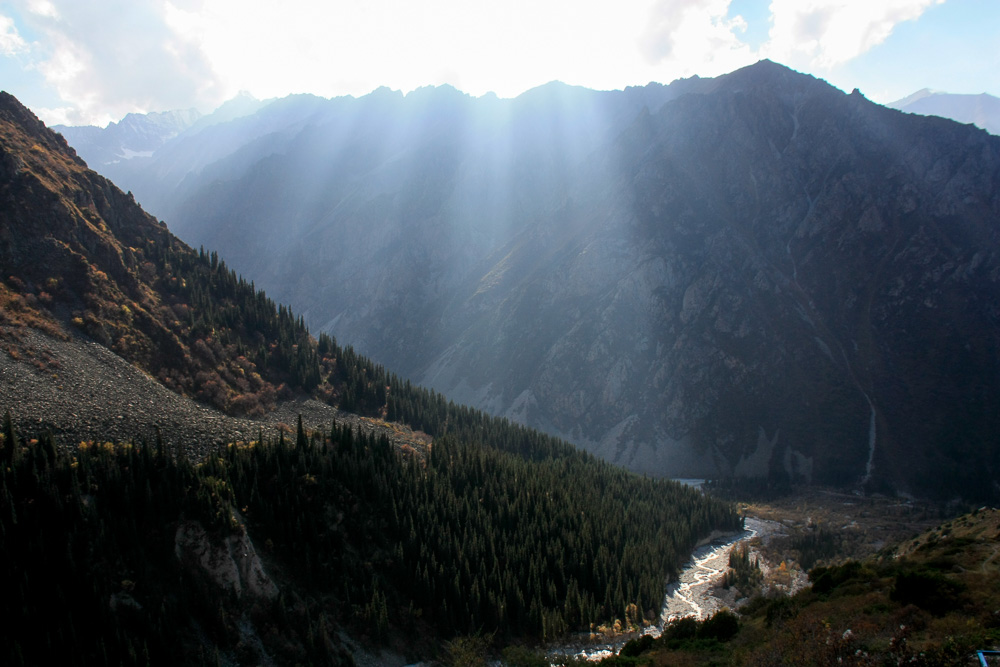 Doesn’t that look familiar? To me, it reminds me of home. Tall mountains, evergreen trees, glaciers, and a lovely hike, all just an hour away from the city. Not unlike Vancouver!

Back in Bishkek, I enjoyed walking down Erkindik Avenue… hmm, wait, that looks a lot like Comm Ave in Boston! Taking an aimless walk down amongst the freshly fallen and falling leaves felt a lot like what I used to do after work. 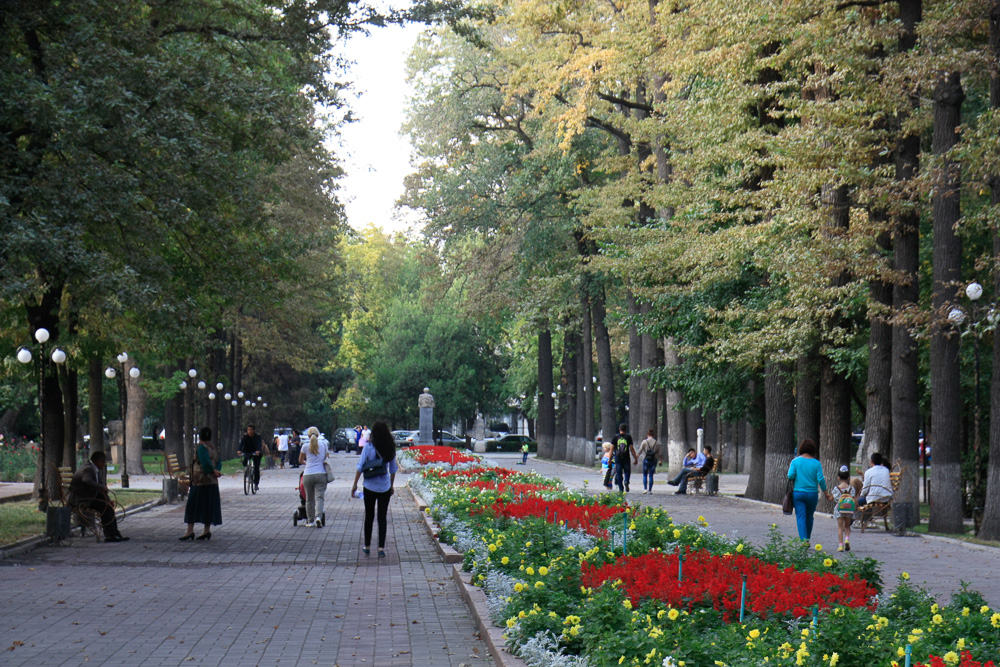 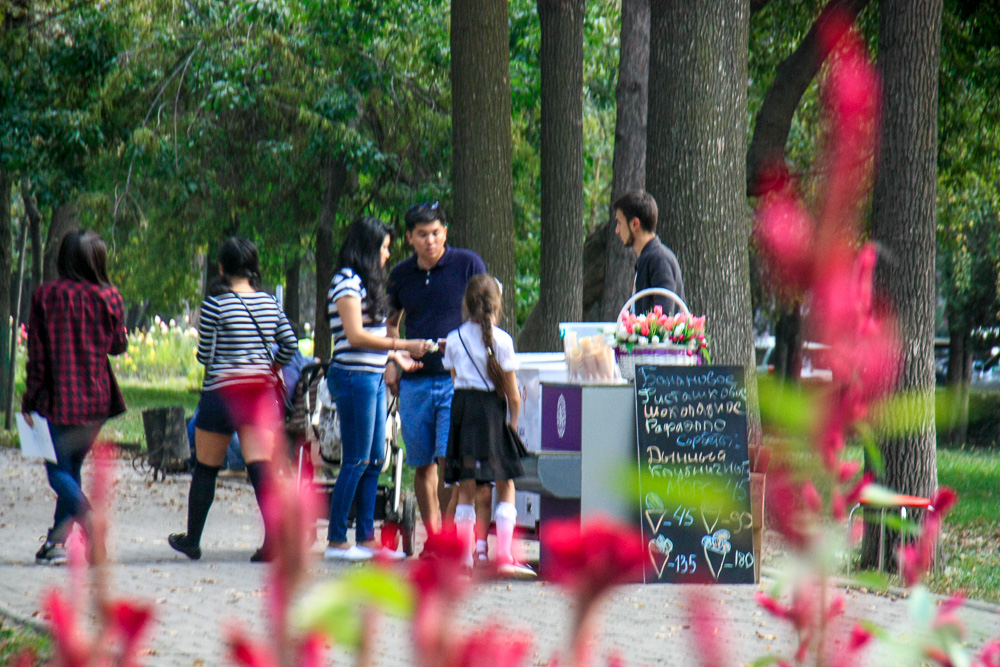 Food trucks and stands, people enjoying themselves on a leisurely weekend, hipster cafes and restaurants (I had Korean fried chicken one night and a German dinner with local microbrew the next) — that’s all stuff I do back home. And on a personal note, I was planning to make a quick trip back to North America too right about now, though I had to cancel due to costs, time, and bureaucracy. It made for a particularly homesick few days! I’m missing milestones, friends, and family.

Bittersweet, but more sweet than bitter. How can I be bitter in Kyrgyzstan? I’ve had such a wonderful month and it’s hard to say goodbye. World-famous nature, wonderful people, and an inviting culture — sure, the timing of the Nomad Games helped, but even without it, the country has so much to offer. I’ve got plenty more to return for someday!