Given how I seem to suffer from heat exhaustion and a stomach illness after each desert visit I do (well, all of two), I was initially apprehensive about coming to Wadi Rum.

Oh, how naive I can be sometimes.  I certainly didn’t suffer at all this time – in fact, Wadi Rum was at a downright comfortable temperature most of the time – but I certainly didn’t expect the scenery that was coming.  (Again, I’m glad I didn’t spoil myself with photos beforehand!)  I’ve been travelling for awhile now, and certainly I’m a little bit jaded, but this one really blows everything out of the water.  Oh, and I had no idea that this area is where T.E. Lawrence (“Lawrence of Arabia”) was based.  I also have no knowledge of his story, other than what I’ve just learned while there – he worked for the British as a liaison to the Arabs, in support of their revolt against the Ottoman Turks; though friendly to the Arabs, he struggled with the knowledge that his assistance was with an ulterior British motive and tried unsuccessfully to fight for Arab independence.  I’ve also never watched that famous movie (also filmed in this area)…but I guess I’ll have to now!  More recent movies have been filmed here as well, usually with Wadi Rum standing in for alien planets given the stark landscape and the red sand.

We first arrived in Rum Village, the settlement to Wadi Rum for the Bedouin that wish to stay put instead of continue their famed nomadic life, greeted by Audeh (our tour operator) in his house with some tea.  Originally we had asked for a long camel trek (well, mainly Bernhard’s request, since I’m not so eager to subject my poor thighs yet again to hours of camel-riding torture)…but in the end, I think what we ended up was better.  We were first led by camels around town for about half an hour, before we climbed up to a pretty underwhelming but peaceful hilltop spring.

Next, we were taken by Mohammed, Audeh’s brother and our guide, in a 4×4 away from the village, literally driving off a road at the edge of town that led to “nowhere” (though there were tracks everywhere in the sand).  We were taken from stop to stop, allowed plenty of time to explore, climb, and take in the giant natural formations.  Rock bridges, canyons, springs, sand dunes…and of course, ancient petroglyphs from Nabataean times.  I can’t really describe it and give it due justice, so I’ll just leave it to the pictures.  Mohammed had typical Bedouin humour and openness, and was cranking up some Arabic music on the only cassette tape he had, playing the same track ad nauseum the entire day (and next morning). 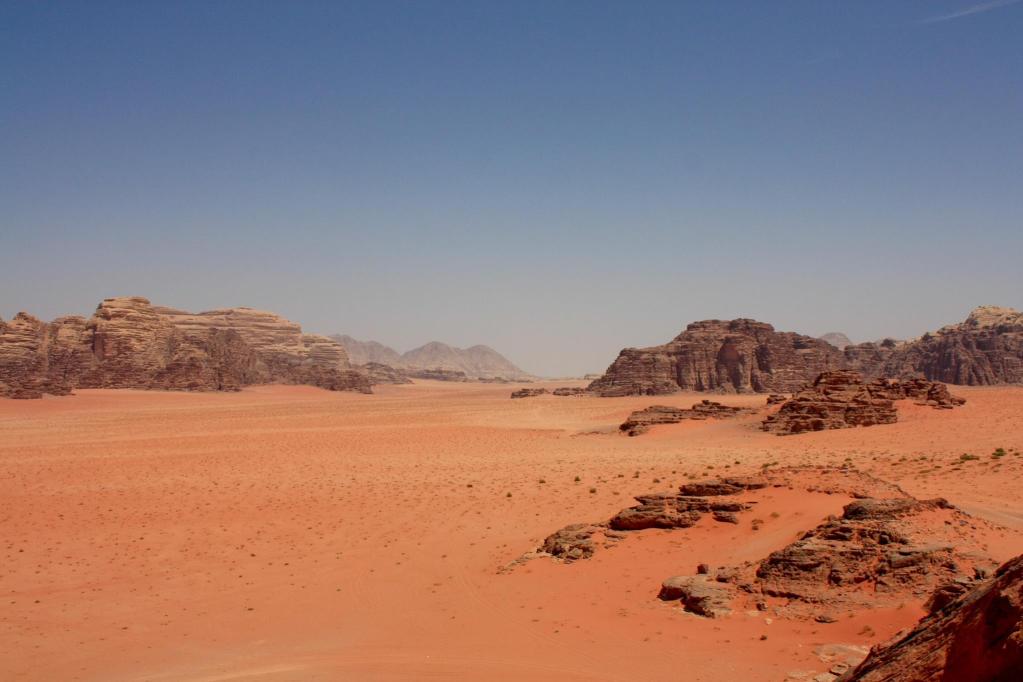 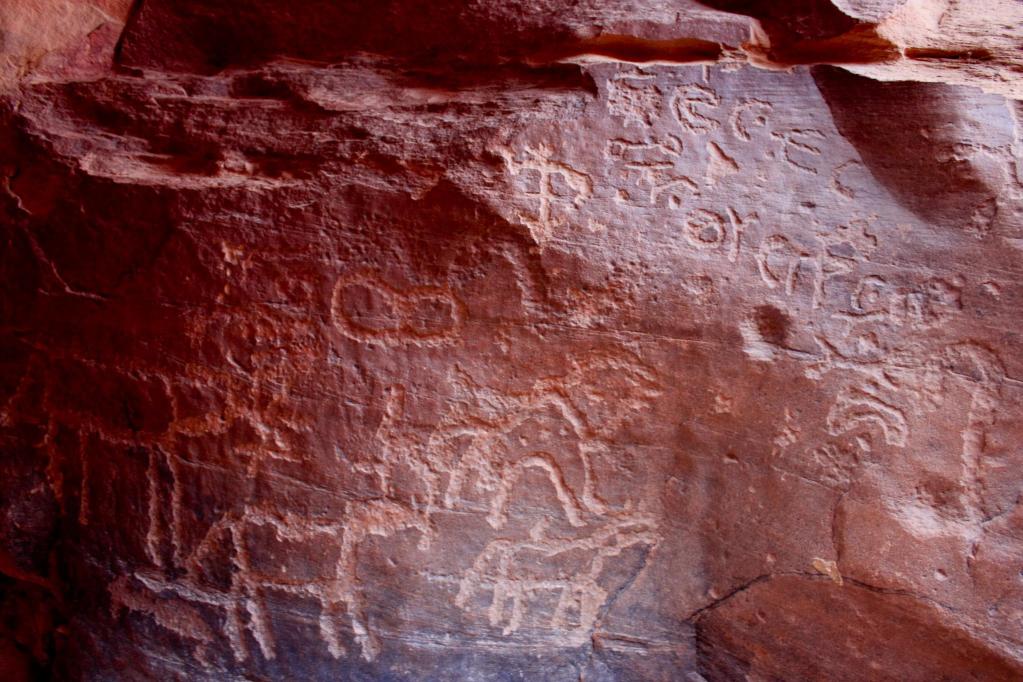 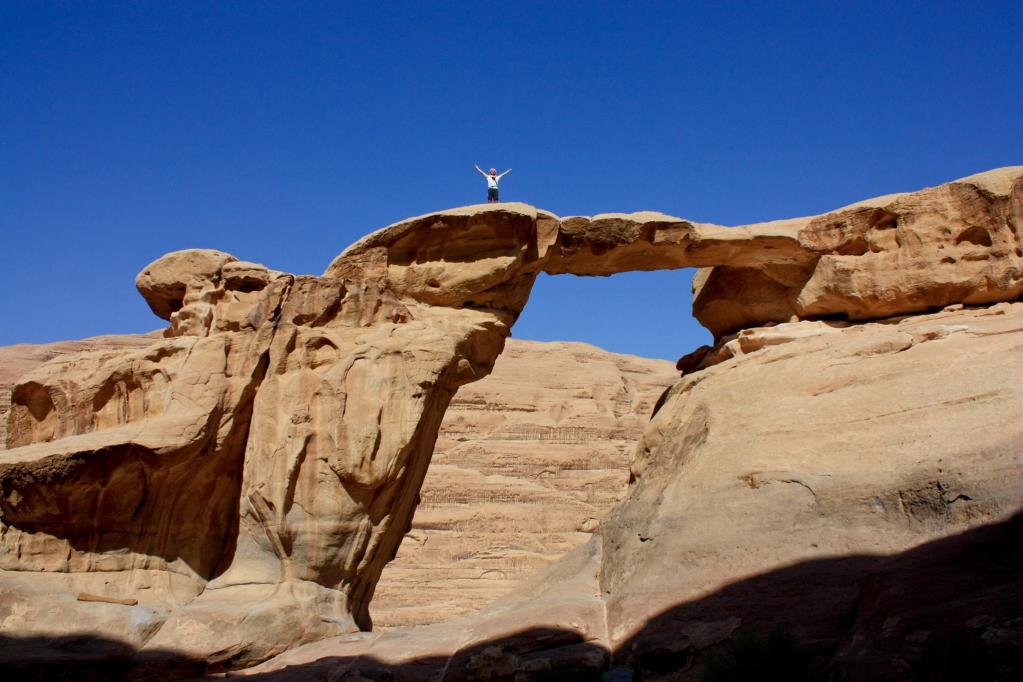 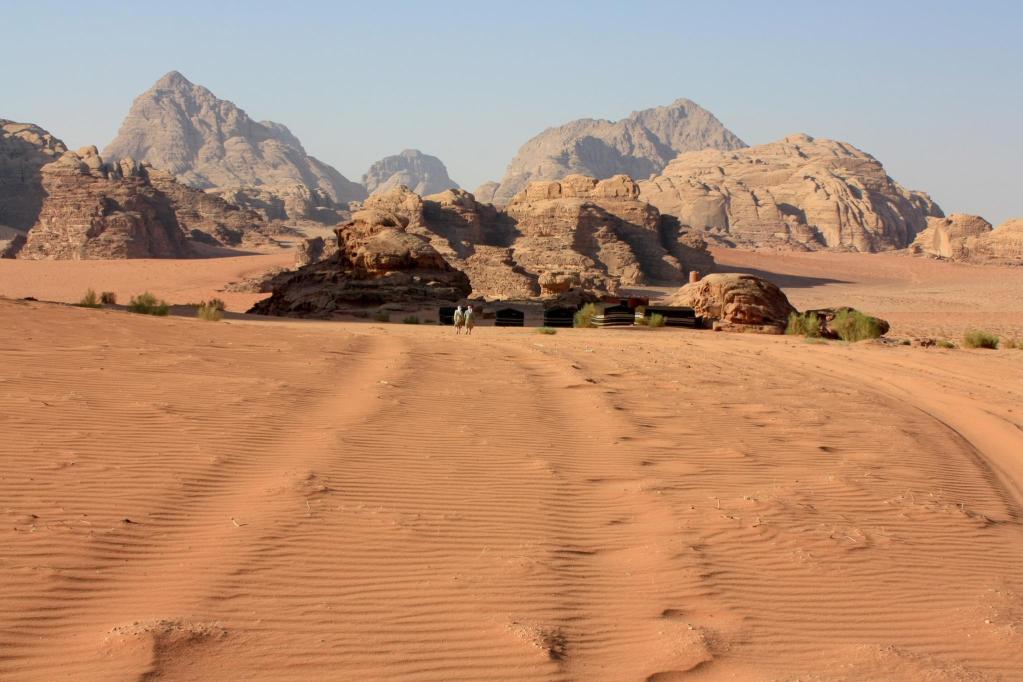 With such otherwordly vast landscapes, giant structures, silence save for the wind, and no one around, I took a bit of time to just sit alone, with nothing but the view.  Having things come to a complete stop allowed my mind to wander.  Given that we continued our trip at a brisk pace from Jerusalem after hearing the sad news about Sally…  It was a good time to lay everything out mentally.  No answers, no clarity, but some much-needed catharsis.  A desert trip is always one for a timeout from the world, but it’s not something you take for answers or an epiphany. 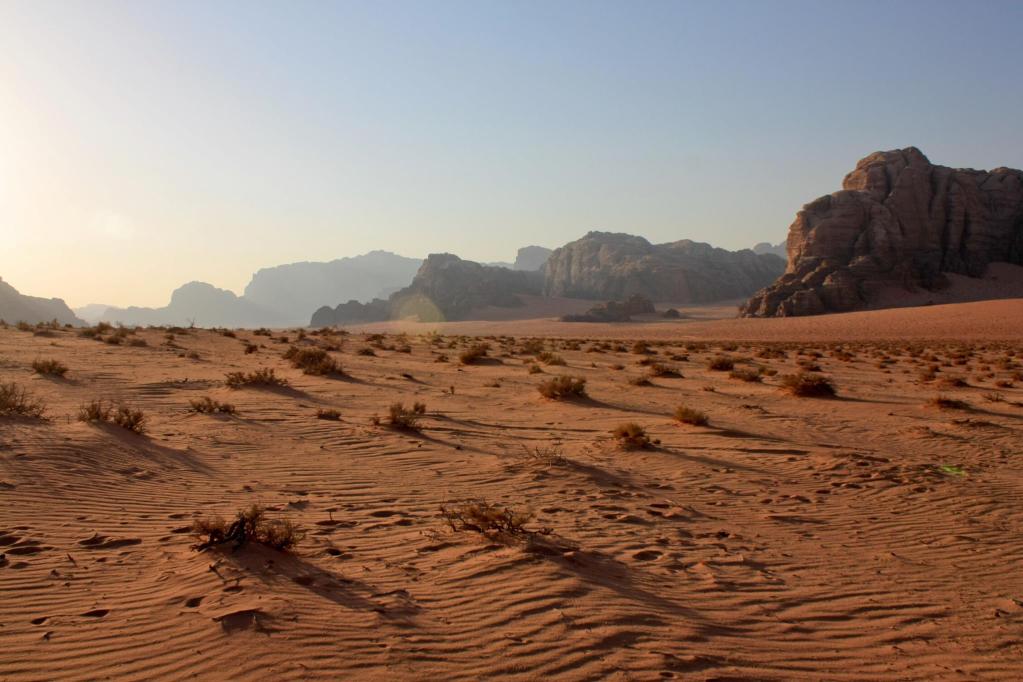 We arrived at our desert camp (Bedouin tents), joined by a father and son from Calgary for the night, after a walk through a canyon with red sand on one side and white sand on the other.  We headed to a nearby rock formation to watch the incredible sunset, had some dinner and wonderful music courtesy of Mohammed, took in the atmosphere of the wadi under the glow of a full moon (we opted not to sleep outside, as it was a bit cold), and woke up the next morning just in time to experience the sunrise, again in solitude.