We arrived in Aqaba, intending to partake in some snorkelling (diving being out of the question with my eardrum almost but not fully recovered) or just some beach time by the Red Sea.

Well, that went out the window pretty fast.  At the hotel, a big gust of wind blew the door shut…on my fingers.  Profuse bleeding on the floor commenced.  My right ring fingertip was badly bruised, but my middle fingertip was a completely mangled mess.

The hotel receptionist helped me out, cleaning my wound with alcohol (OWWW) before taking me to a pharmacy nearby, as he had no bandaging.  A curious old man, the owner of a souvenir shop beside the pharmacy, came in with us.  The pharmacist was a woman in niqab (wearing the full face veil save for the eye slit) – obviously for a Muslim woman that devout, she couldn’t touch or treat me.  Handing over more alcohol, gauze, and tape, the receptionist and the kind old man followed her direction and wrapped me up.

Now in absolutely no mood to do anything, given that my fingers were throbbing in pain, I opted to rest in the hotel (cheap private room with air conditioning and TV, yay) while Bernhard went off for a walk.  Well, not two hours later did I need to return to the pharmacy to get my bandage changed, having bled completely through the first one.

With the receptionist not there, I went off on my own, but the old man from the shop spotted me again and followed me.  So nice!  The pharmacist was also nice, opting not to charge me this time.  Despite the face veil, her eyes were clearly showing a kind smile.  In the end, they both urged me to just go to the hospital – the old man wasn’t doing a particularly great job of bandaging me anyway.

So, off to the hospital!  Again!  Meeting up with Bernhard again, we took a taxi.  Guy was nice but didn’t understand the word “hospital” – he ended up driving to someone he knew that could speak English, before driving us there.  (Also, huh?  Despite being Ramadan and this being daytime, he was smoking and offered Bernhard a cigarette.  Isn’t it haram?)

The hospital staff were extremely nice and chill, joking with me the whole time – a great way to keep my mind off the pain.  Sure, it was a bit of an expensive affair, but for the sake of having the wound properly cleaned and wrapped, necessary.  Being the one non-Arab patient around also led to a bunch of curious stares, mostly from little kids…

At my request to just slow down, we extended our stay in Aqaba by an extra night, despite doing absolutely nothing there but watch movies on my laptop.  (Our hotel room was a bit of a joke.  The air conditioning stopped working and we had to switch rooms twice…to a room with a barely-functioning toilet and shower.  At least it was cold, cause it was sweltering outside with the seaside humidity.)

At least we had a nice view from our room!

We did walk around a little – I dipped my feet into the Gulf of Aqaba (Red Sea), with its amazingly clear water, watched locals play and saw the curious sight of some girls in waterproof hijab/abaya dress splashing around, wandered around the pretty small town centre at night.  We kept the activity light though – the heat was unbearable.  I’ll have to come back someday in a better season and go diving here. 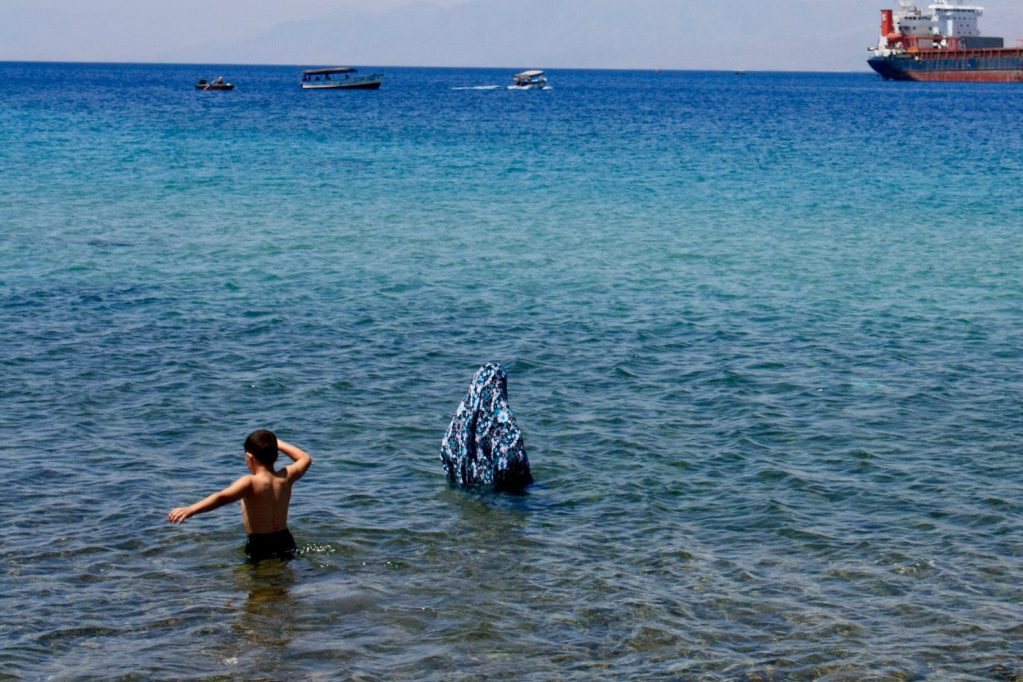 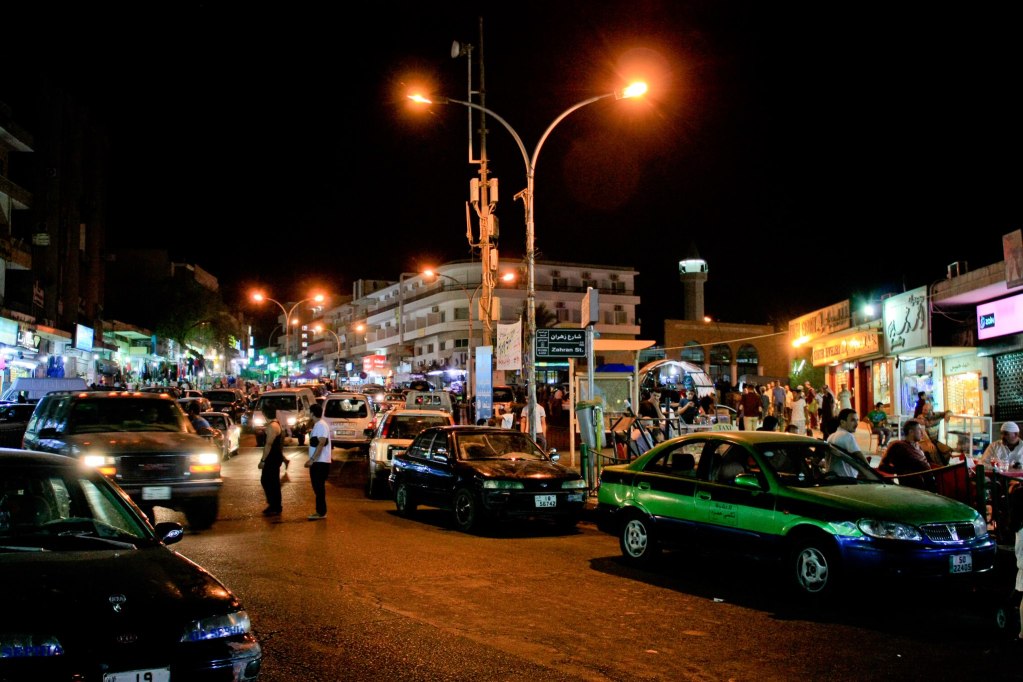 And the finger?  Well, the fingernail eventually came off, and I’m writing this entry two weeks later.  It’s still ugly and tender but not so painful unless I bang it into something.  Gonna take a looooong while to heal…but the bandaging (which I change every day) has been a conversation piece in every country!

Jordan was a wonderful place to visit – so much history packed in one small country.  Even though we were there barely a week, I felt pretty acquainted, like I had seen a lot.  But in Aqaba, the city where I saw the least…I was still pretty happy!  I continue to be amazed by the kindness of strangers, and the warmth of the people here is reason enough to come back.