If you told me where I’d be now and who I’d be with way back in January, I’d… I don’t know!  But if you asked me in April – well, look at the end of my last entry in my South America blog for a quick hint.

This is certainly not what I was expecting eight months ago, but it’s the most apropos way for me to end this trip.

After ending my South American leg with Oscar and Silvia, it only seemed fitting to end my Europe leg with them again, after we split up in Ecuador to head around the world in opposite directions.  At their invitation, I spent 15 days at their home in beautiful Mallorca.

But things don’t always go according to plan, even the best ones.  They ended their trip several weeks early due to a medical emergency, heading immediately back to Spain and simultaneously moving to a new flat in Lloseta, a village a bit far from Palma (the main city) – despite this, they kept their invitation open, hoping to take two more weeks off to spend with me.  That wasn’t meant to be either, as more unplanned circumstances forced them to work weekdays for their messenger company before they even had time to decompress.  I opted to join Silvia on most weekdays as she drove all over the island making deliveries.  While sitting in a car for hours daily without a purpose isn’t exactly riveting stuff, I appreciated the opportunity to see the scenery and to talk…and also to feel normal again, to feel a routine. 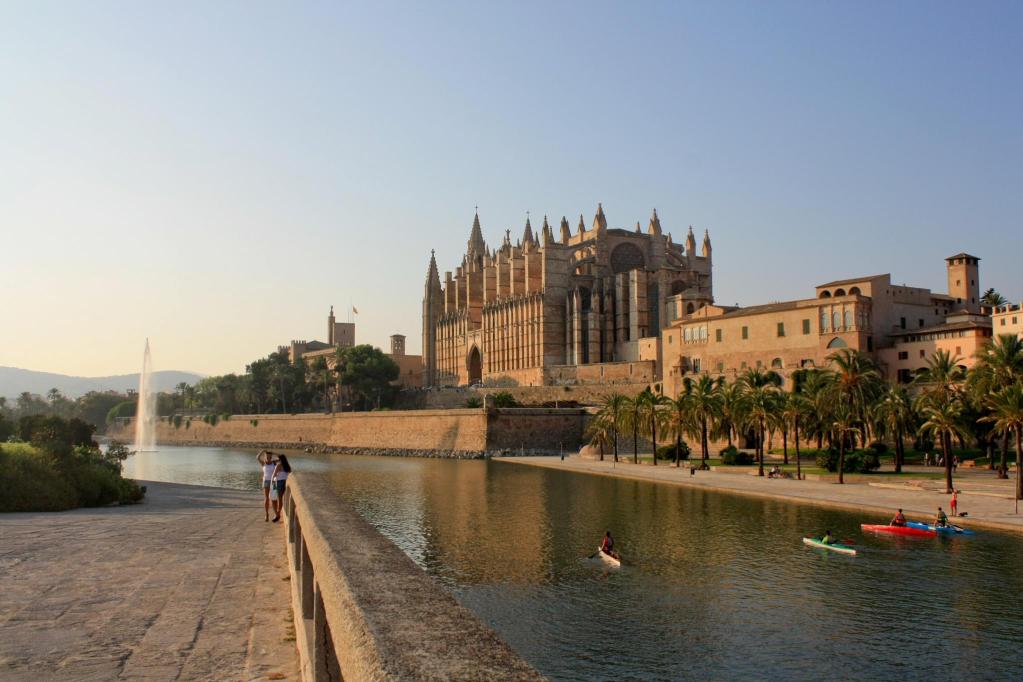 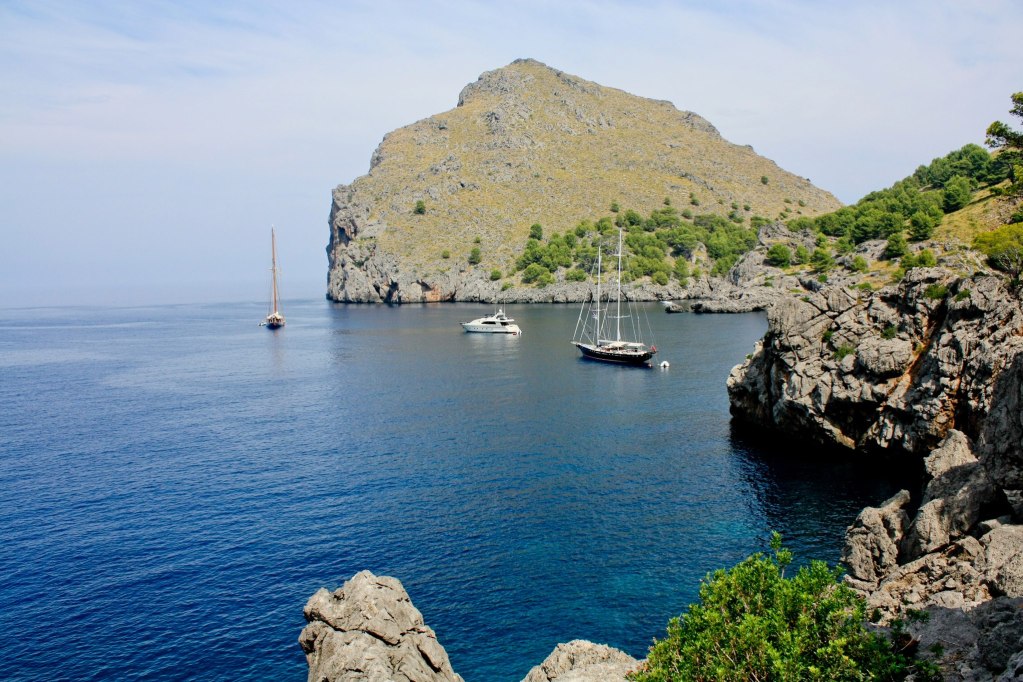 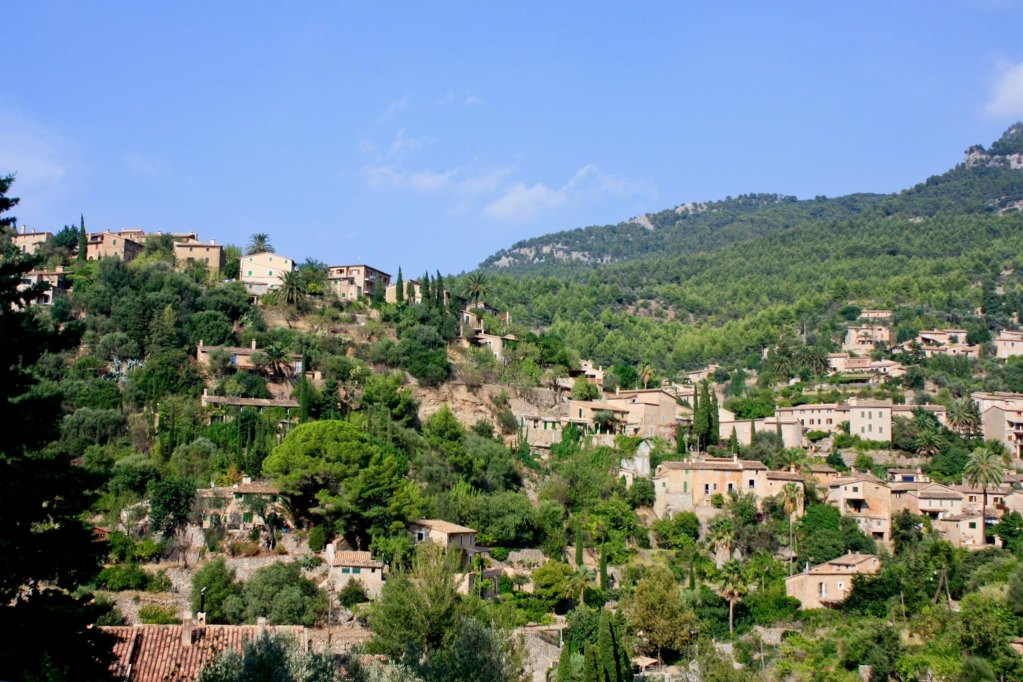 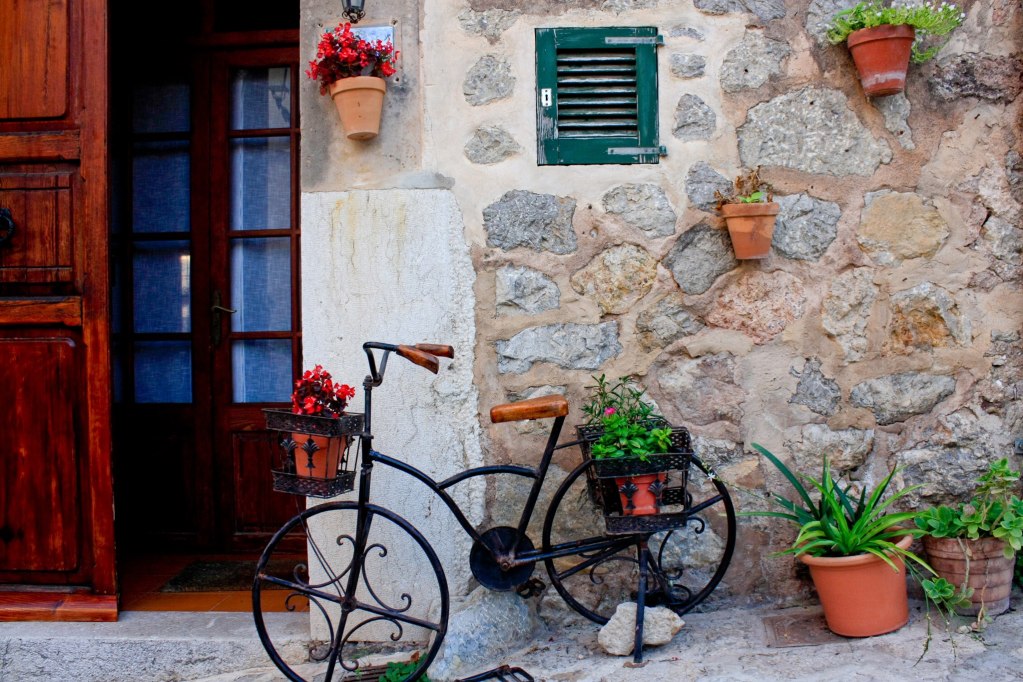 On our free afternoons, they’d take me around Palma or to one of the countless little villages around the island.  Palma’s old town is marvelous, with many chances to glimpse into classic-style patios.  There’s also the giant cathedral (nice enough to look at from the outside, I was too sick of cathedrals to pay for a visit) reflecting in the canal, and a circular castle with a great view of the whole area.  But oh, the villages – they’re all quaint and the old Mallorca style of beige stone houses with green Mediterranean window panels is so prevalent.  Walking around and seeing the life that still exists in them is like being transported to another world.  Since I came in September, many villages were having their annual fiestas in celebration of their patron saints.  No one cares about the saints, it’s just a good excuse for live music and a buzzing atmosphere, a time to see everyone in a village (or other villages!) come out. 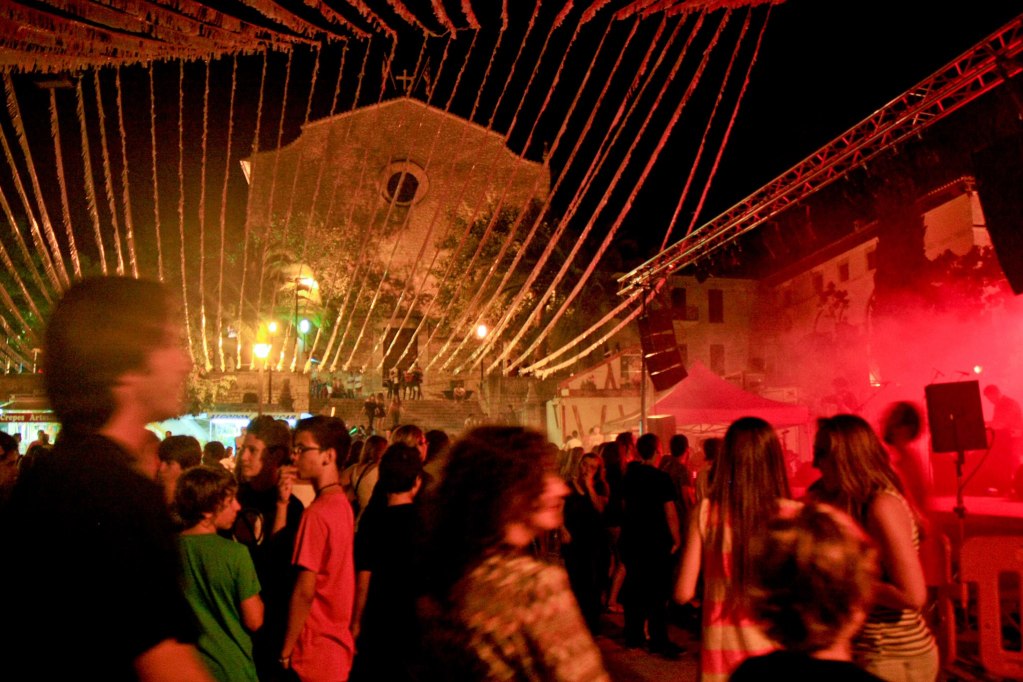 On weekends, longer excursions – I’m pretty sure I’ve seen almost all of the island now.  Outside of the famed English- and German-tourist resort zones, it’s an amazing blend of cosmopolitan, monasteries, beautiful villages, big plains, wineries, flamingo-covered salt flats, two mountain ranges, and plenty of rocky (cala) and sandy (playa) coastline, all packed into a island that’s no more than 2 hours’ drive in width.  The northwest Tramuntana mountain range has to be my favourite thing on the whole island – the villages perched in the hills are famous for housing celebrities.  And we spent my final Sunday around the southeast coast on a yacht owned by Silvia’s sister and brother-in-law.  Doing nothing all day has never been so appealing. 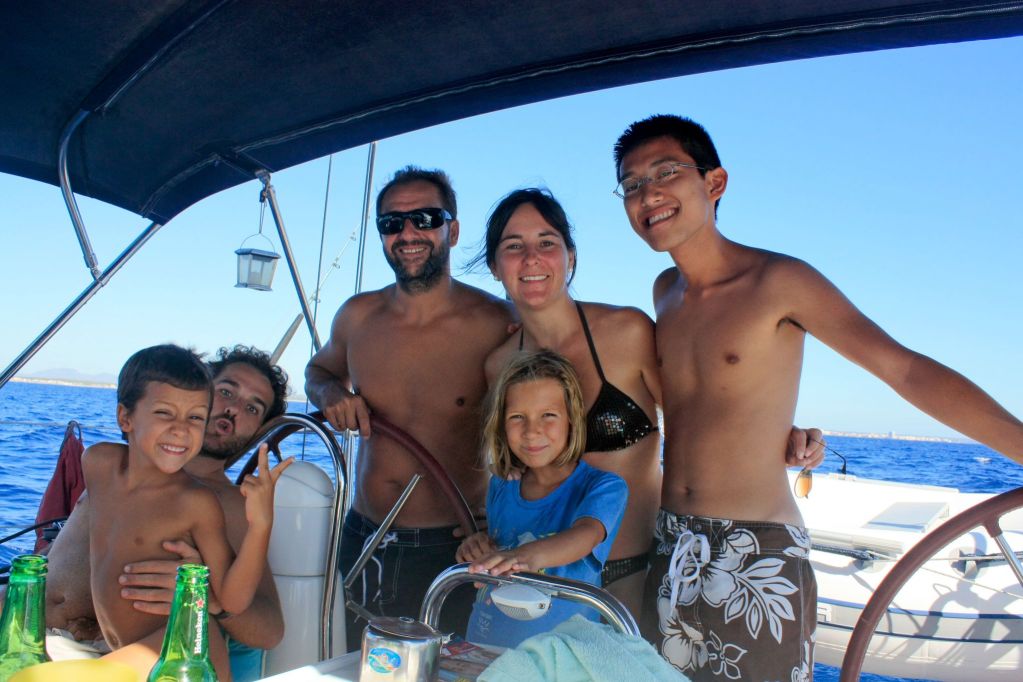 But more often than that, at virtually any hour of the day, we’d join or be joined by their family and friends, a giant but close-knit group, for house visits or barbecues or birthdays or dinner or dessert.  (Food.  Always important, and always delicious in Mallorca.)  And that’s what I’ll remember most – they weren’t all just incredibly hospitable, they treated me like family.

As enjoyable as it was getting to know their circle, I readily admit that the two weeks were quite difficult.  For one thing, coming down from the constant travelling, I was indeed tired, but not quite ready for the complete stop – an emotion I mostly internalised.  But really, it was just living in constant Spanish for two weeks that tired me out the most.  Coming in, I knew enough to function as a traveller, but living is a whole different situation.  Talking to people slowly one-on-one in Spanish is one thing, but being in a crowd of 5 or 10 or 15 all talking at once…  Concentrating on actual conversation topics took a lot of energy and I frequently zoned out for the first few days.  I became a lot better by the end and understood more, but I remain easily frustrated when in a deep conversation and unable to say everything I want to say.  It’s only more motivation for me to keep up the language in the future.

I do have excuses though!  I’m rubbish at Spanish in the mornings or when I’m tired.  But if you hand me a beer or a glass of wine, all the troubles go away…

But there’s also little cultural differences.  Either we’re too politically correct in North America, or they have the tendency (but not the purpose) to offend.  Topics I wouldn’t dare tread on normally are open fodder here.  I think I’ve learned to curse like a sailor in Spanish (although it doesn’t mean I do!)…but it’s something you can do in front of virtually anyone, culturally, in non-formal situations.  They’re very touchy-feely-huggy-kissy, as they admit to being, and that was something that took a long time to warm up to.  Those are just the bigger things; countless other small things did come up – how to behave in a house, at a table, meeting people, making jokes, asking questions…  None of this was a problem for me to accept, although that didn’t mean I got used to it.  But it really opens my eyes on seeing a country as a tourist versus seeing the country as a resident (though 2 weeks is a little short to be saying that).  I adore the Spanish culture for the most part.

It’s also when living in other cultures where I feel I cling to my own more tightly.  I’ve never felt so Canadian in my life, and yet I’ve spent hardly any time in Canada in the last few years.  Same goes for my Chinese heritage, though to a much lesser extent.  But I’m happy to have found another culture where I almost feel at home, although big gaps still remain.  This definitely won’t be my last time in Mallorca!

I got to see how Silvia and Oscar readjusted to normal life – though their situation was a little different.  I’m fortunate enough to have had the time to mentally prepare myself for the end, but have I really?

I’m so thankful to have seen what I’ve seen, to have done this whole trip, to have met all of these people.  Sure, I’ve got a billion more future travel plans, but I have to accept that things have come to an end, at least for now.  I’m going to have to create a new life for myself in Boston, to accept that I’m not going to be jumping around all the time meeting people from all over the world everyday.  Consciously live out the lessons I’ve learnt from all of these experiences, and remain curious.  Find gratification and happiness in creating my own routine, find a new way to meet people and create some roots for once.  Be proactive and make sure my life remains interesting yet grounded in reality, but with the hope and goal that someday I’ll…