Time for another extended trip! But before I even get there…

I’ve never been a big fan of the big metropolises on the Arabian Peninsula — absurd levels of riches and consumerism, dearth of affordable activities, few remnants of local culture — and going to Dubai certainly didn’t change my mind. That being said, I purposely made a two-day connection (en route to Addis Ababa, Ethiopia) in Doha to visit my friend Koji. First Singapore, then Boston, and now Doha!

Well, if I’ve learned anything this time, it’s that these megaopolises sure are a lot more fun when you’ve got connections — in more ways than one! Yes, having a catch-up session with a friend is awesome, but so is having transport in a city and country not particularly friendly to those without a car.

With a place to stay and a driver at our disposal, we zipped over to the desert, going nearly the length of the entire country to the Saudi Arabian border. Over a forty minute drive, the skyscrapers peter out, replaced by residential compounds, which soon give way to absolutely nothing but flat emptiness. Kinda eerie, but fascinating to me how a place so inhospitable has become so rife with new developments and urban sprawl. A few oil and gas industrial complexes and smokestacks come out of nowhere, and then you get a beach and sand dunes — a weekend getaway choice for many expats and locals. While Koji and I didn’t opt for renting an ATV, we did opt for standing in the way at the top of a dune ridge and nearly getting run over a few times. 🙂 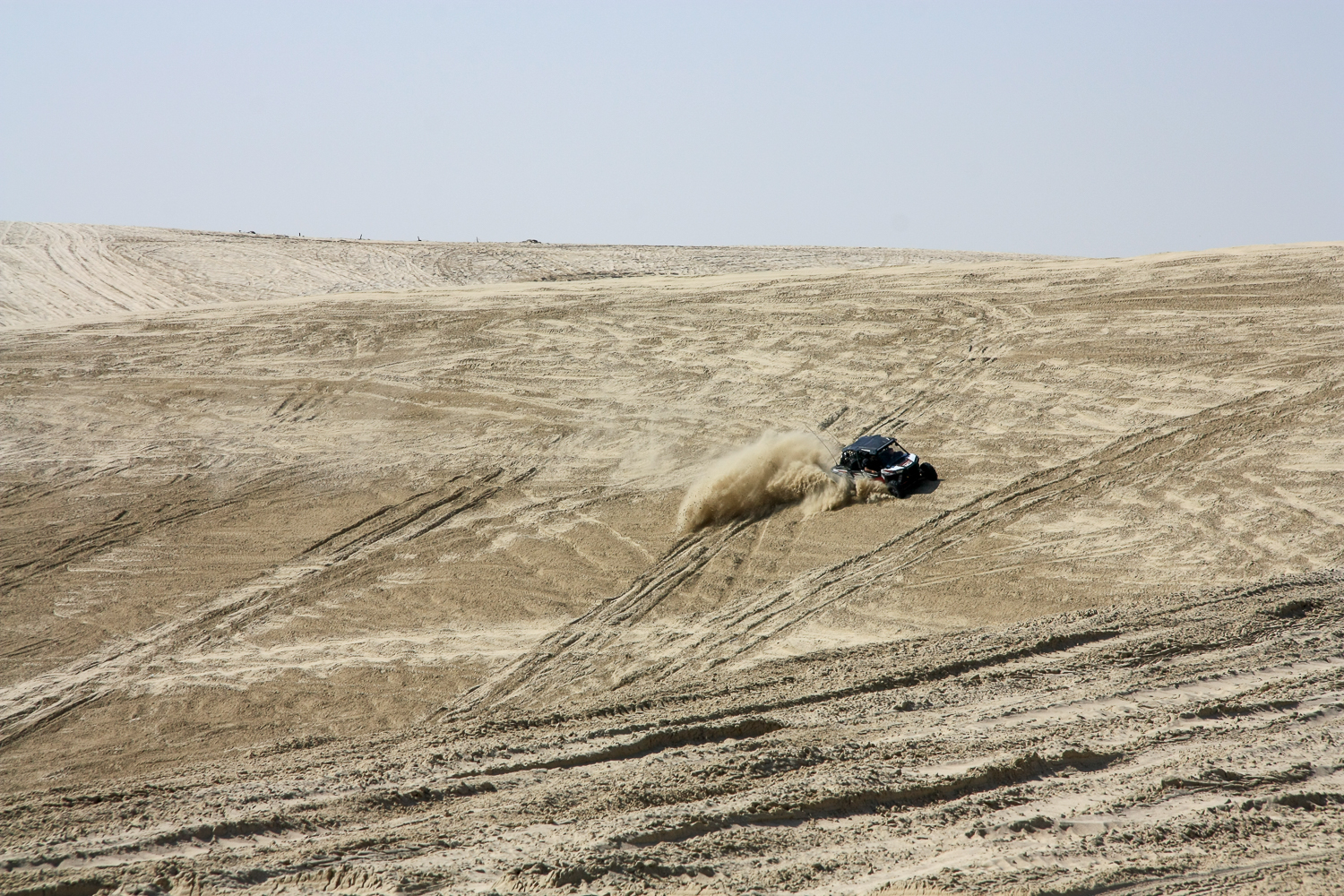 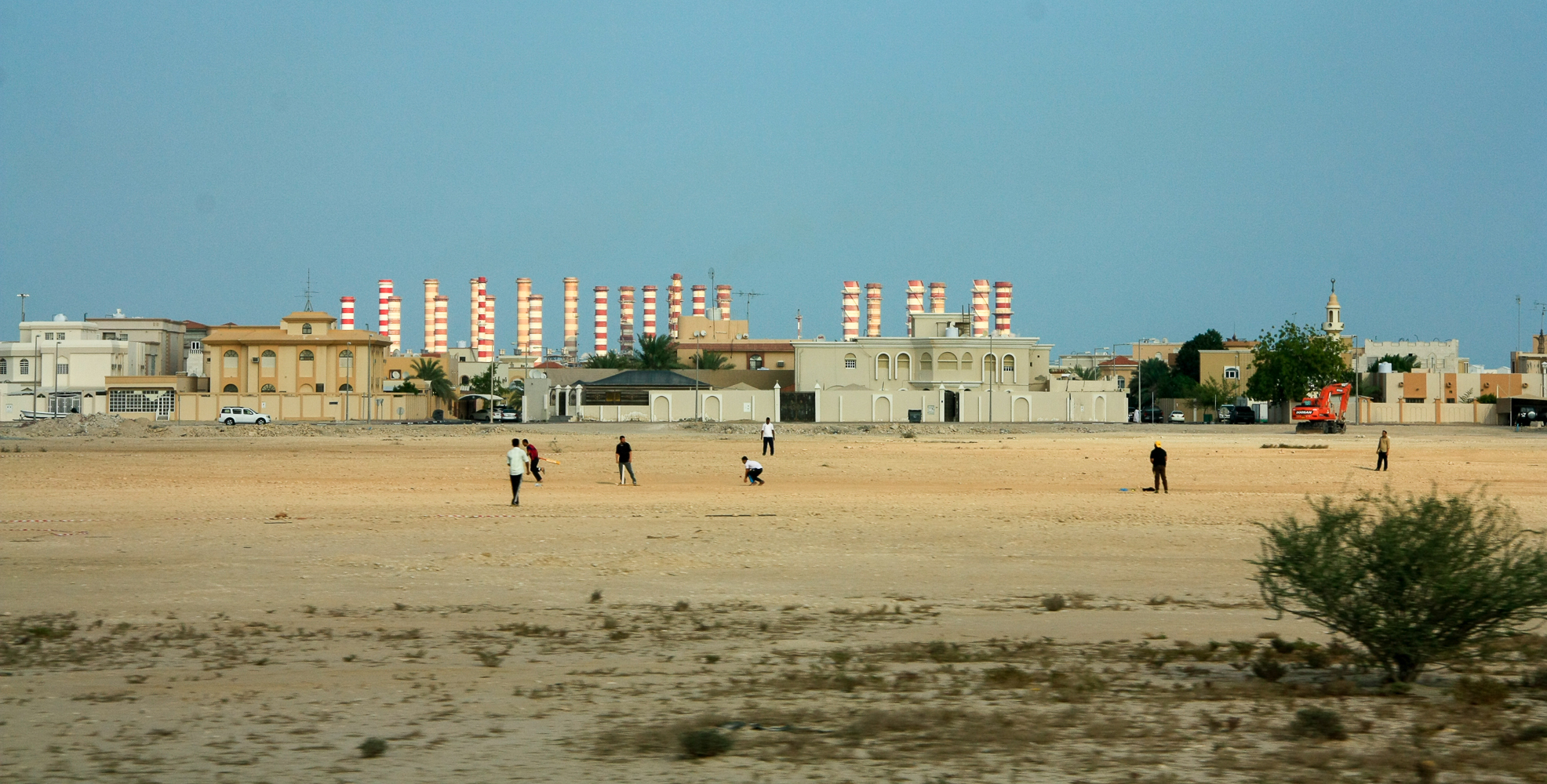 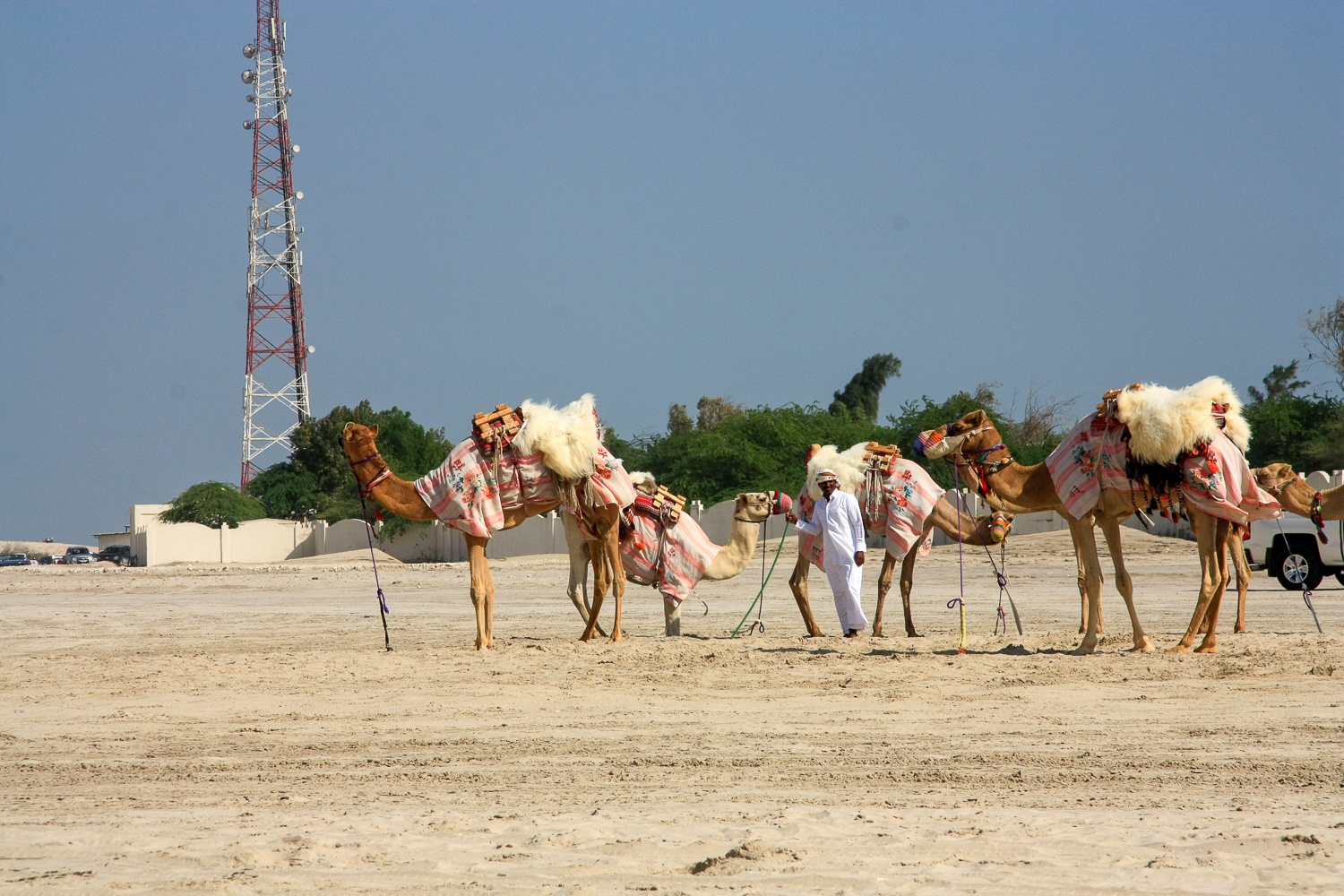 Back in Doha, there’s the Corniche, a lovely, expansive bayside promenade with a clear view of the sci-fi futuristic skyline of the West Bay and the stunning Museum of Islamic Art building on the side. On a Friday afternoon, everyone’s out there — expats jogging with headphones in, picnickers, people praying, niqab-clad women playing with their children, and way too many children on those expensive transporter things that look and function like Segways but without the handlebar. 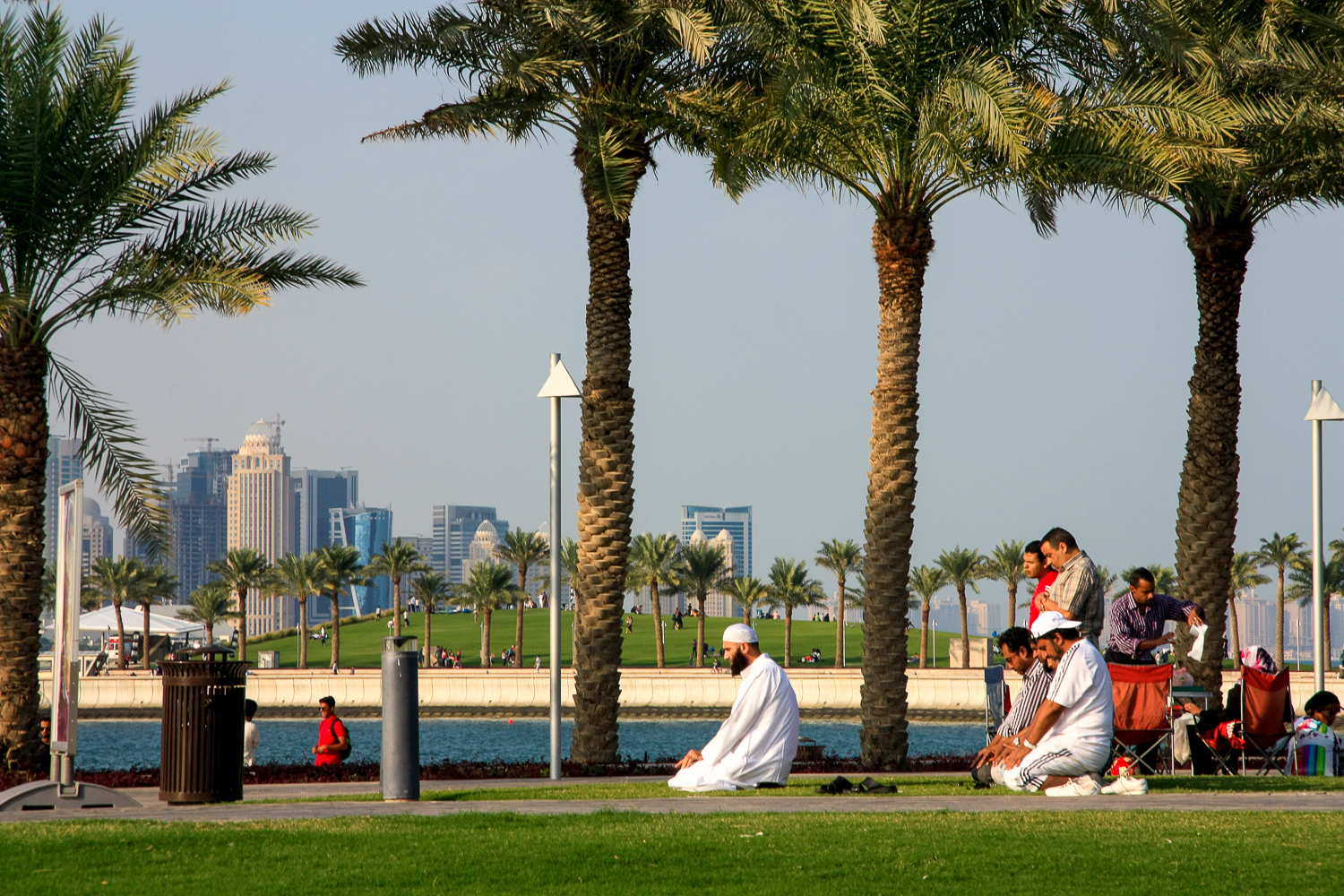 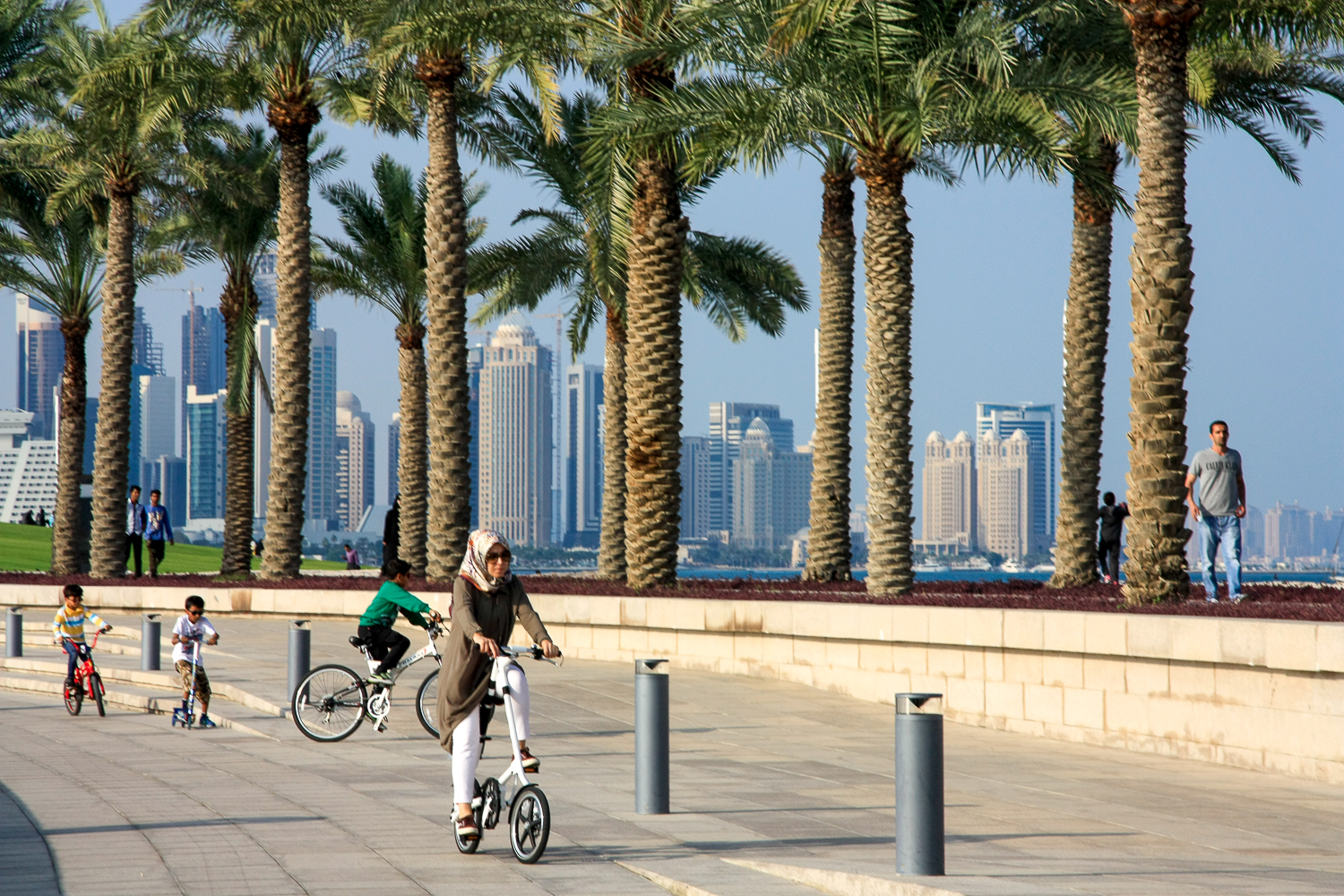 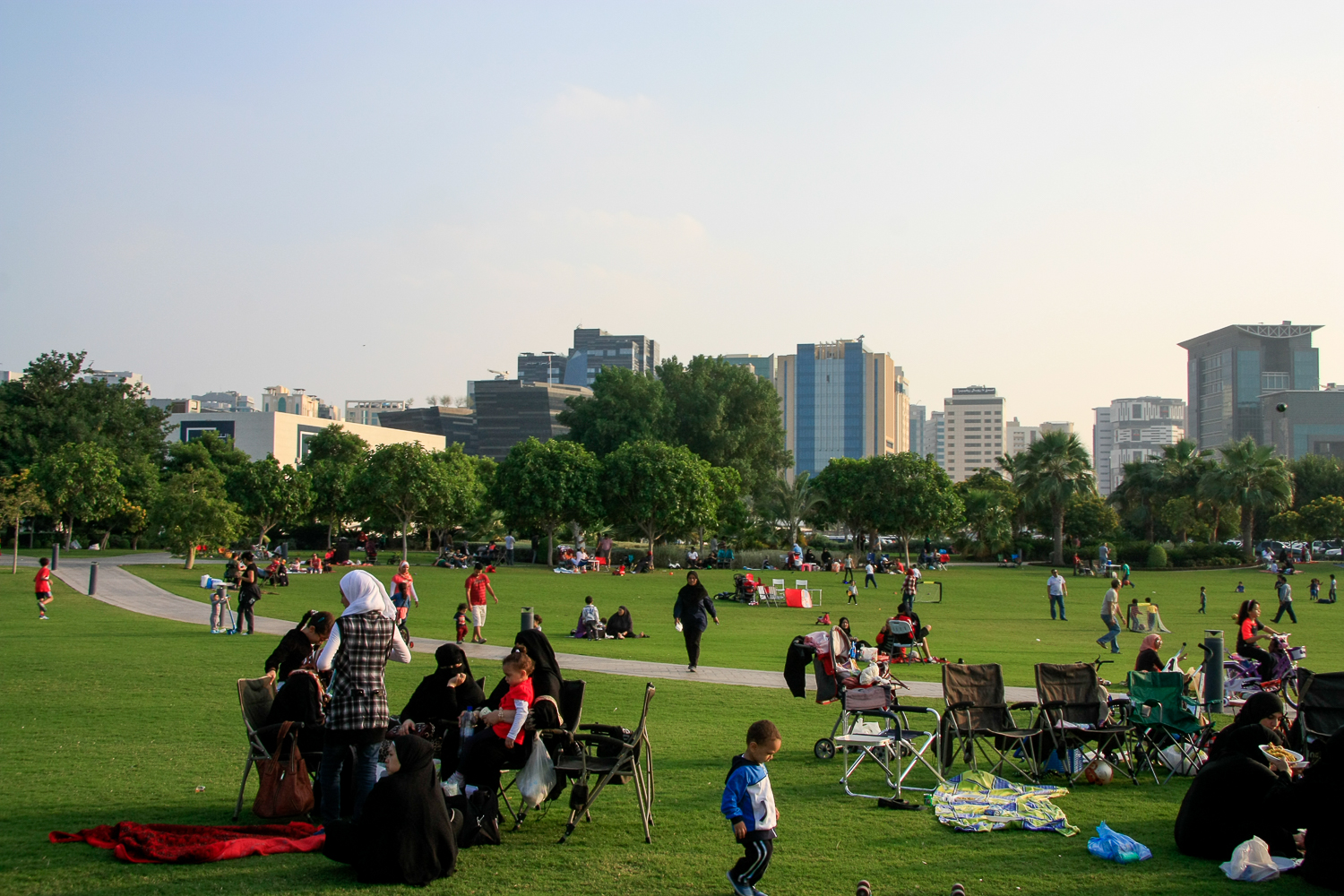 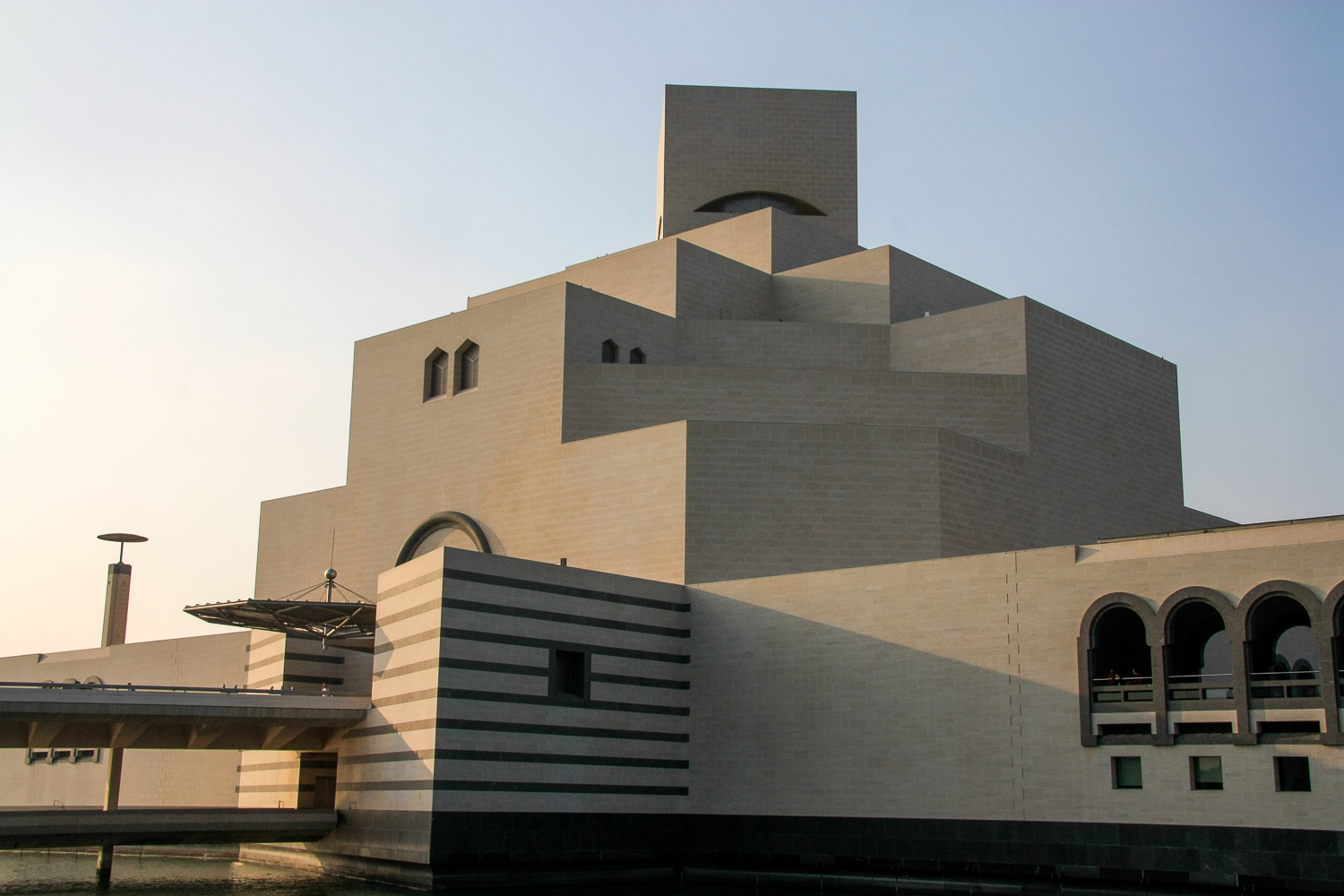 Souq Waqif opens late afternoon, and it’s quite crowded on a Friday night! Despite its artifices (it was historically a souq, then it got torn down and reconstructed completely to modernize), it’s still a maze of markets, tchotchkes, shiny things, normal things, live things (falcons and a huge falcon hospital!), and smells of all kinds from animals to shisha. While the buildings fall into the uncanny valley in sunlight (like buildings made to look old, except they haven’t aged yet and they’re still too shiny and clean), when lit up at night it’s really quite picturesque. 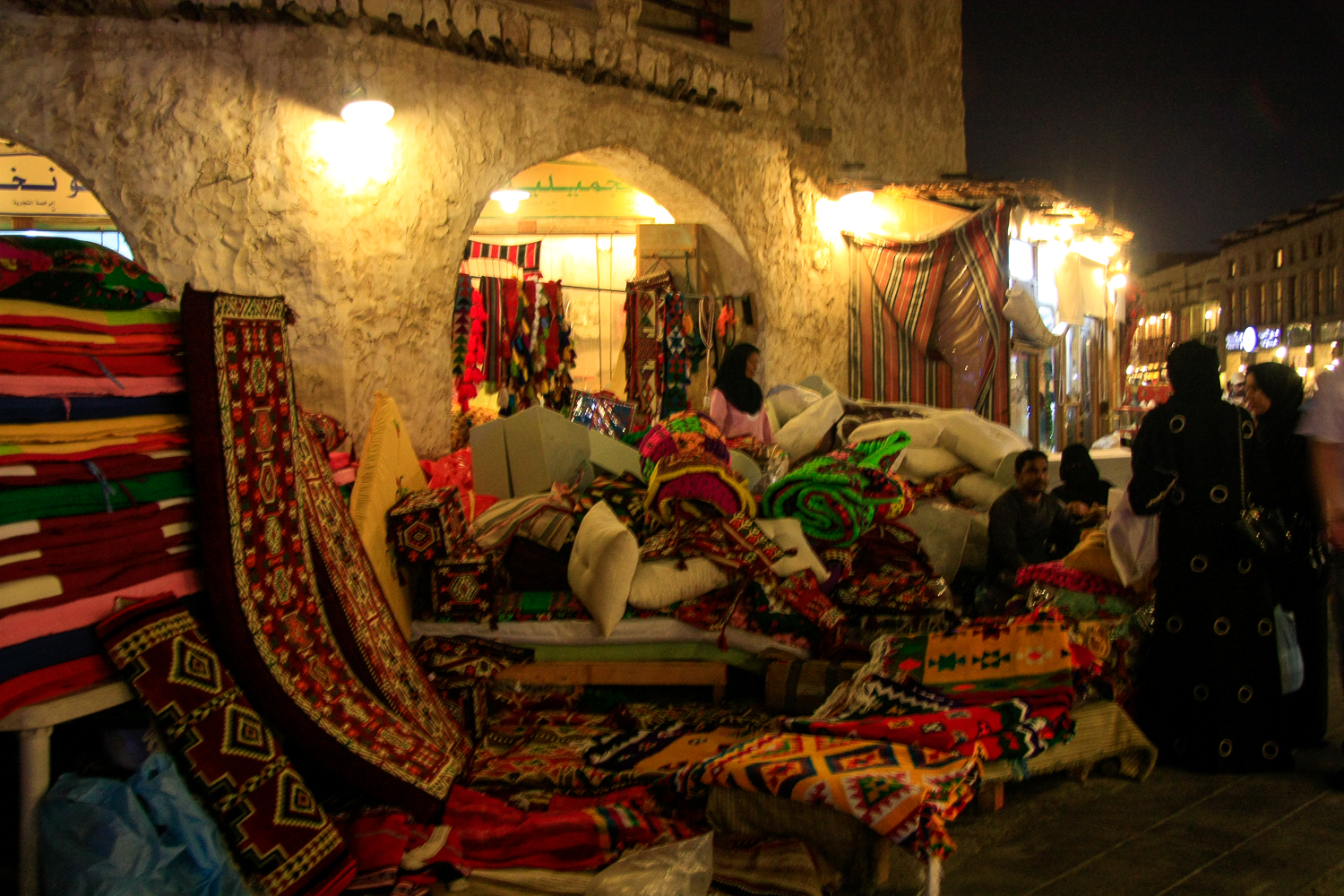 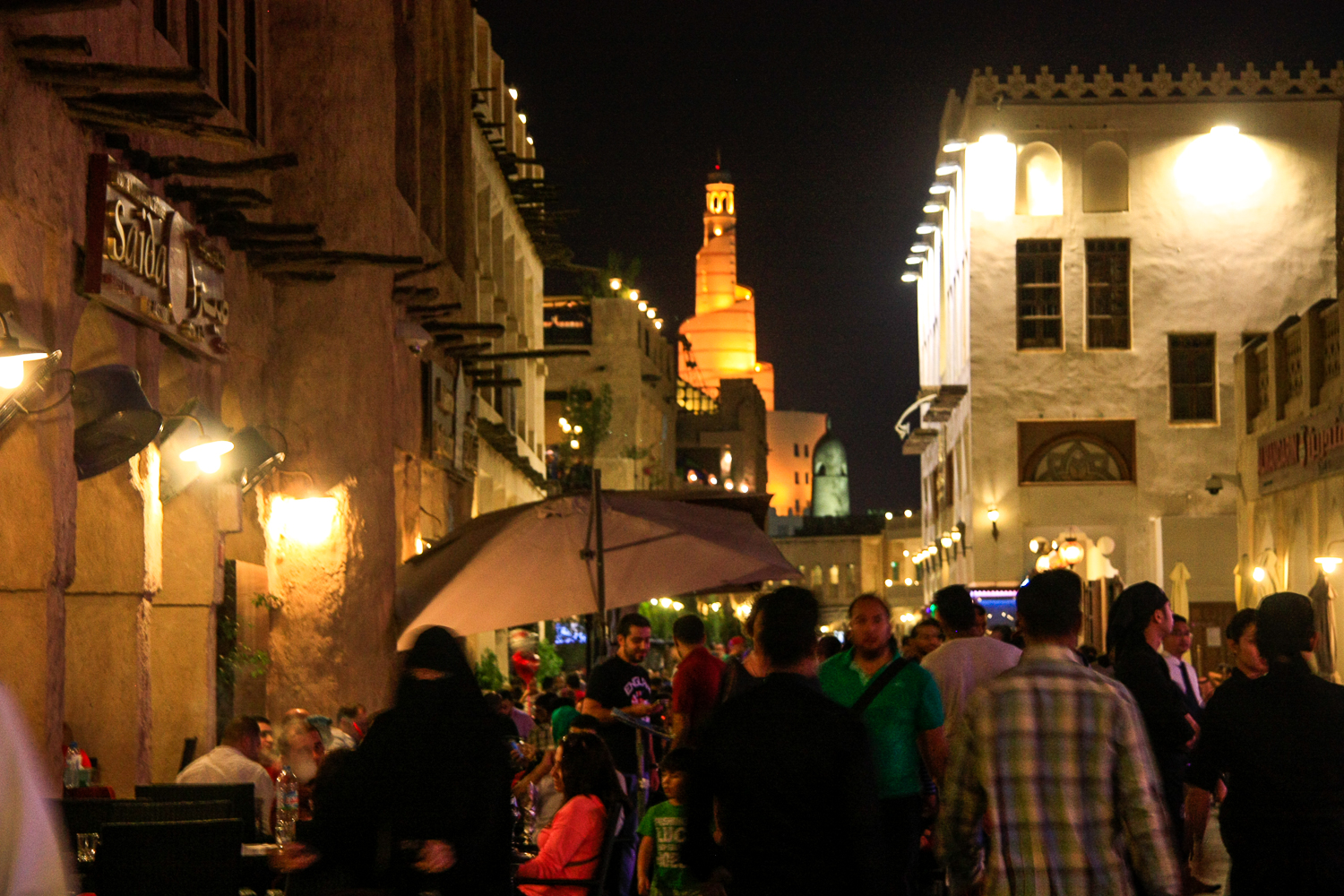 Doha’s also got multiculturalism going for it, and Koji took me to restaurants of all cuisines. (You can even get the authentically tacky but delicious Southeast Asian chop stall vibe in Doha!) With 80% of its population being expats and foreigners, it’s not a surprise. There’s also a surprisingly heavy presence of Western art exhibitions.

I mean, sure, Doha’s got its share of controversies (World Cup construction and labour, anyone?), there’s an odd sense that there’s far more being constructed than is needed (I mean, that whole skyline is hotels and offices and nothing else. There’s no way all of them are full. And people visit to see a skyline…so more hotels are being built so that people can see hotels? And don’t even get me started on those ginormous fortress-like ministry buildings, or the gigantic Grand Mosque that had like five people and zero cars but ours during prayer time…), and I can’t imagine there being much to do past the things Koji shared with me, but hey, in a world full of bad news from the Middle East, it seems like a modest beacon of hyper-modernity and cultural coexistence that its peers could do well to emulate.