Well, that’s a way to land. You know how in some countries, when your plane lands, people applaud? (If you didn’t, you do now.) I fell asleep on my late night flight into Addis (despite boisterous passengers literally leaning over and on me to loudly chat the entire flight), and was woken up by a thudding landing, applause, and well…rapturous ululation.

I woke up the next morning to examine my surroundings, having arrived in darkness. This is not your “stereotypical Africa” — but really, what is that supposed to mean?

Wide roads (Chinese-built), mostly complete sidewalks, a walkable city centre, an inner-city train system (Chinese-built and operated) more modern than Boston’s MBTA or Toronto’s TTC, billboards, smartphones everywhere, tall buildings — there’s no mistaking how developed Addis is, at least compared to the West African cities I know. (It’s really quite unfair to compare west to east, but I’m doing it anyway.) A heavily Christian Orthodox population, yet no businesses or buses covered in religious slogans. A university campus that feels like a university campus. A very large and visible middle class. Few if any people wearing traditional garb, and none as brightly coloured as you’d expect. A populace very used to foreigners. The ginormous, gleaming (Chinese-built — see a theme here?) African Union building, with a new ring road highway system just around. This city moves and it moves fast. 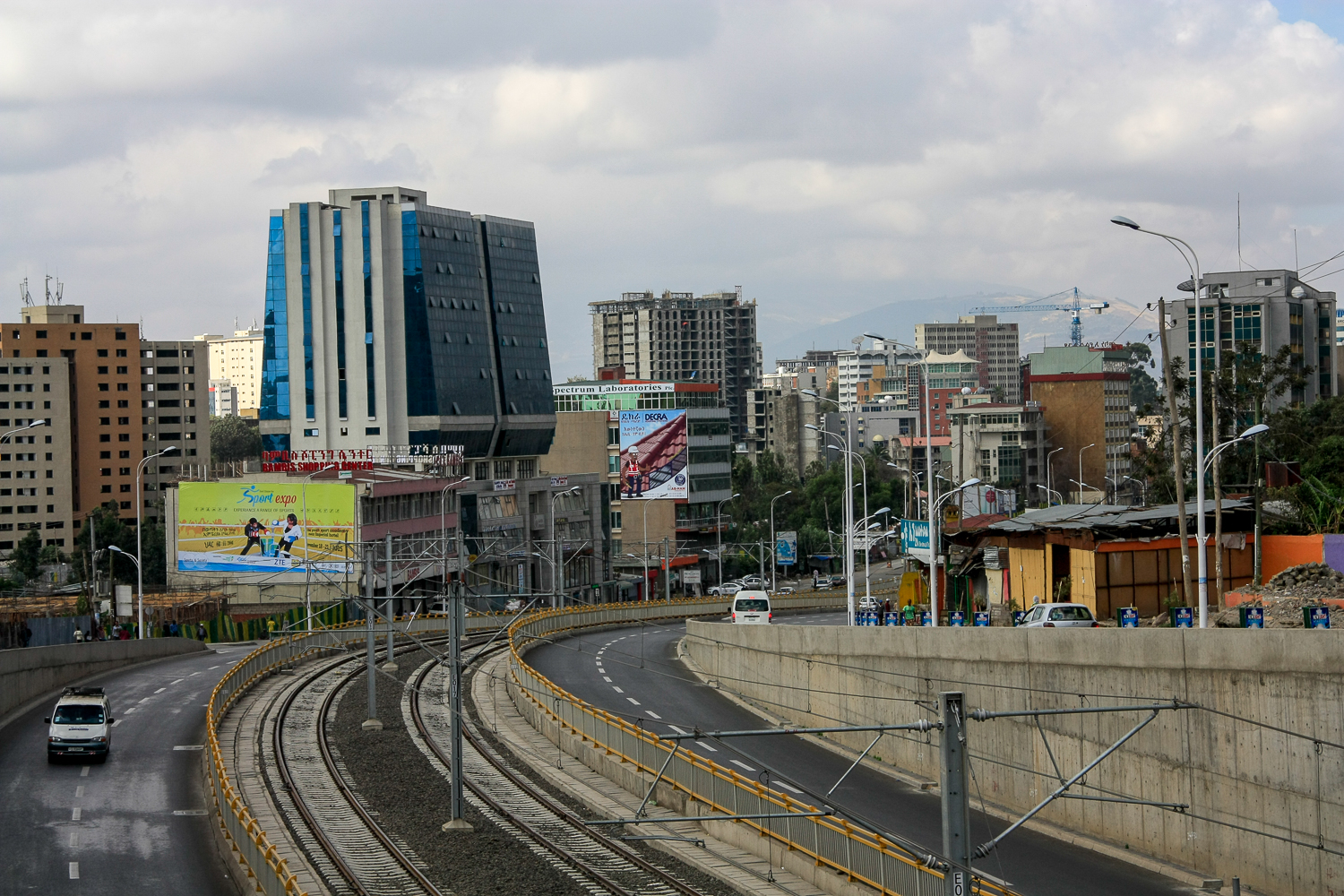 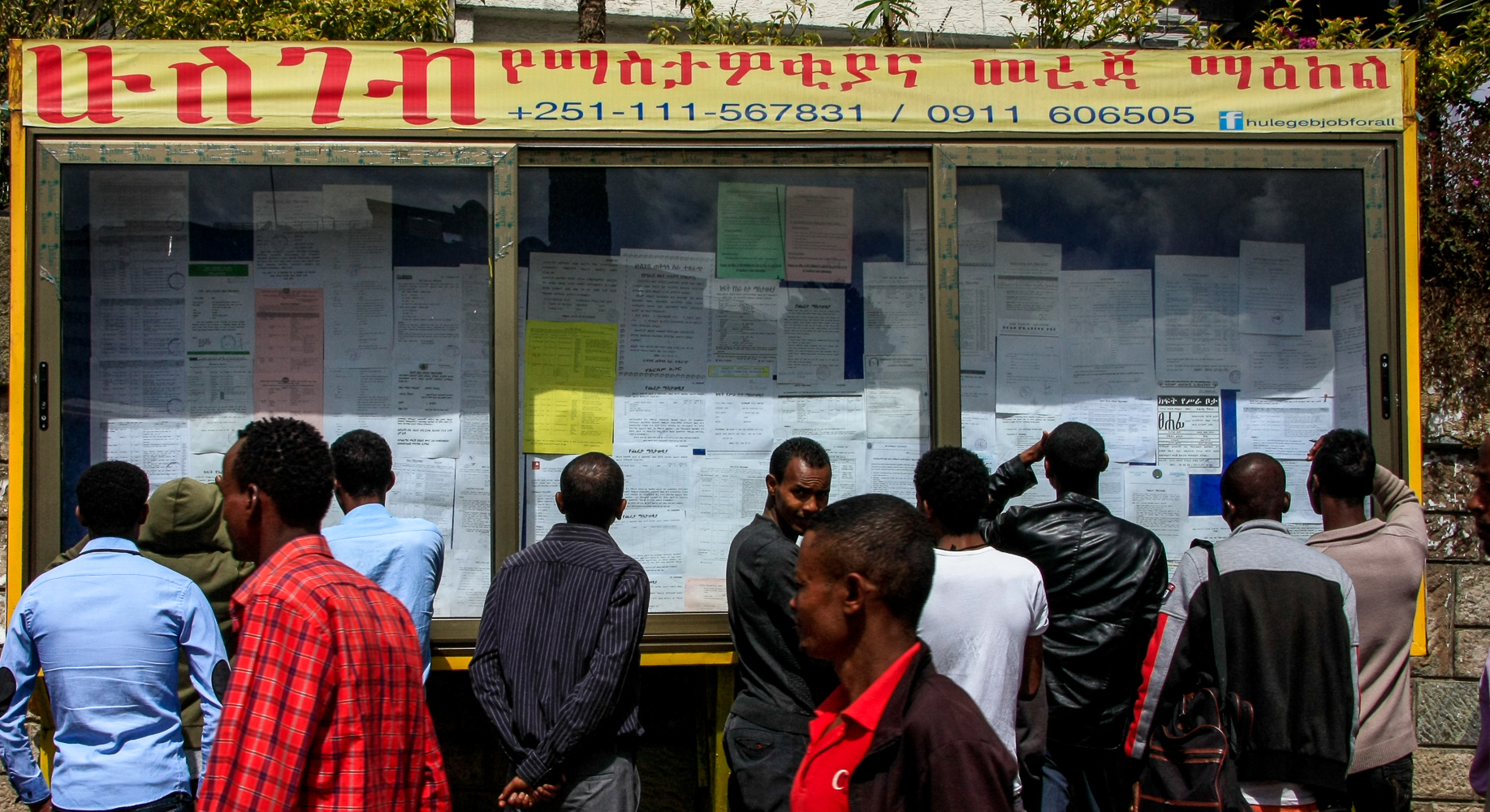 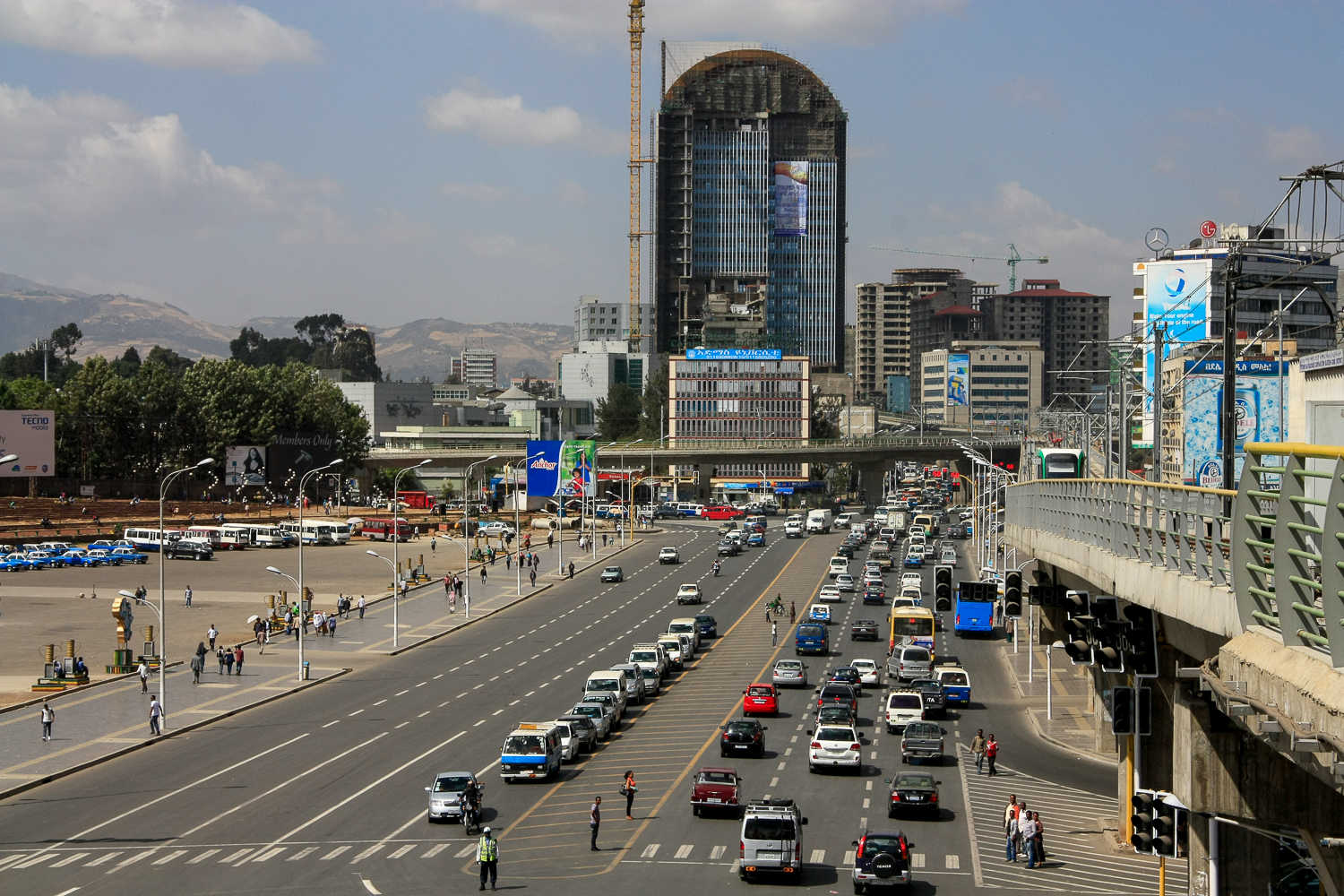 And yet… hey, as a local put it, this is still Africa. Frequent brownouts, iffy telecommunications, crowded minibus transport (like the Ghanaian tro-tros), incoherent street layouts with either no names or names no local would ever know, the sprawling Merkato (Africa’s largest market) in its organised chaos of various blocks and mazes full of shops selling only vegetables or spoons or leather or steel rods or chickens or car parts or pens or clothes. It feels like people here push for the future but the city’s still trying to play catch-up. It’s almost there. 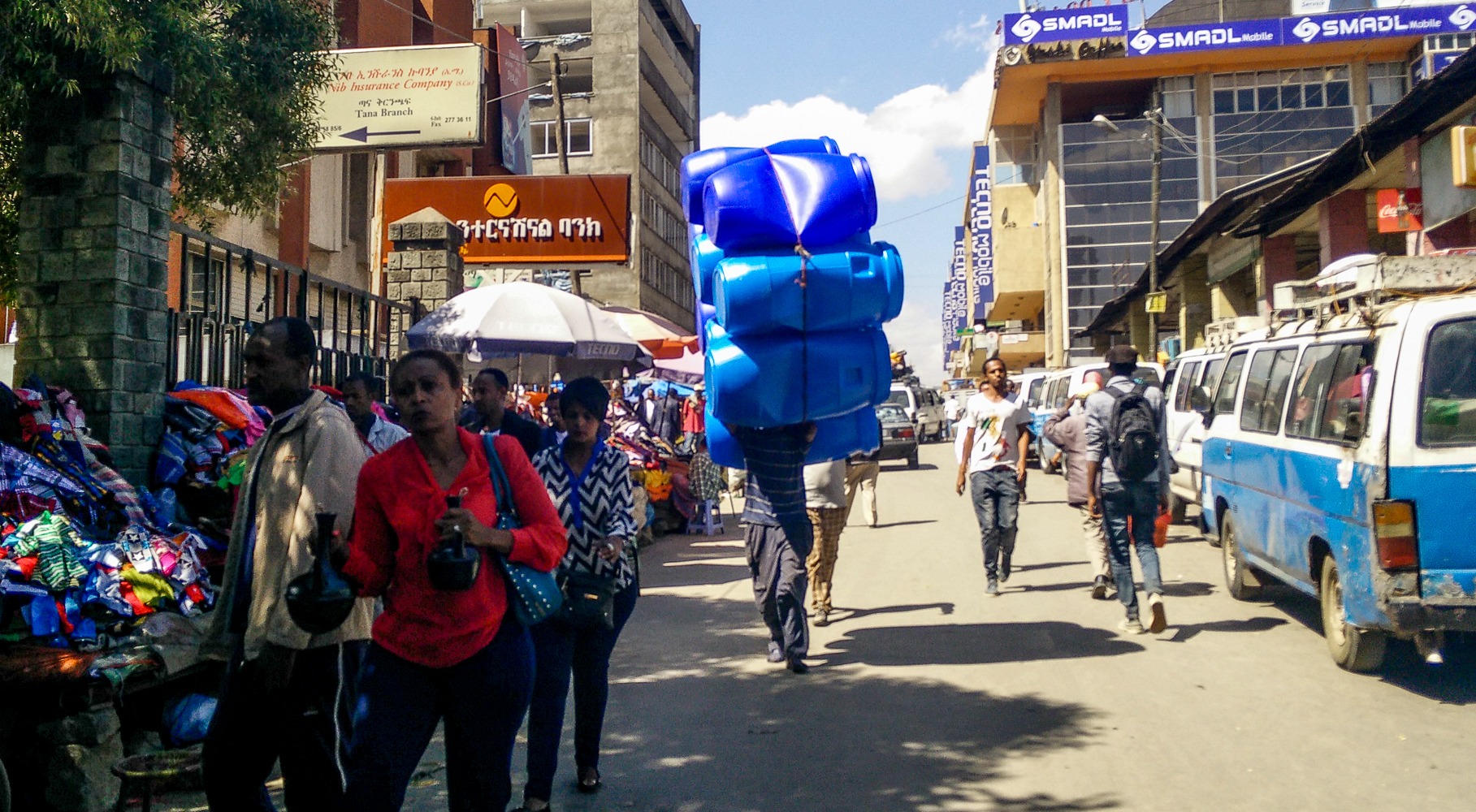 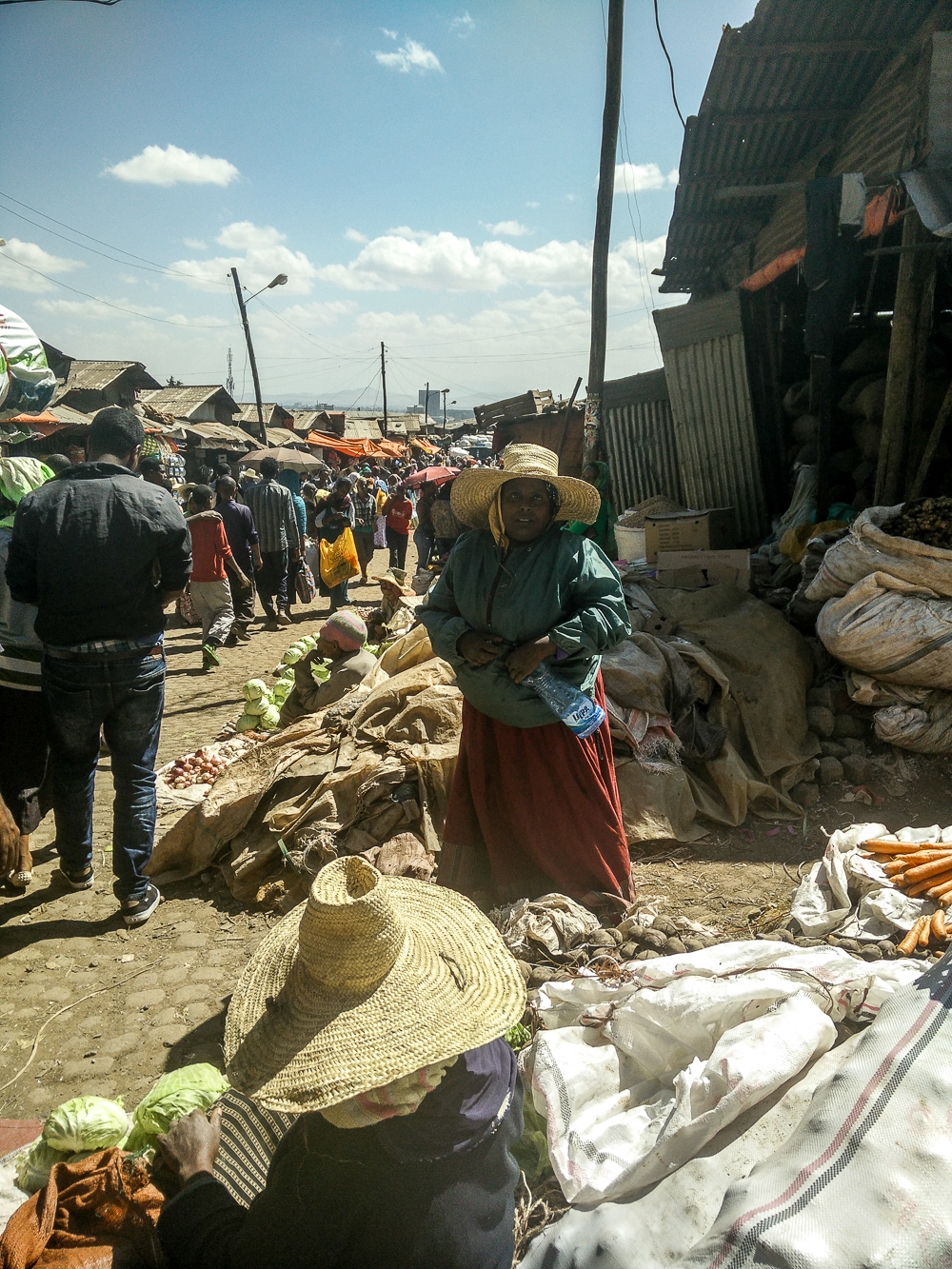 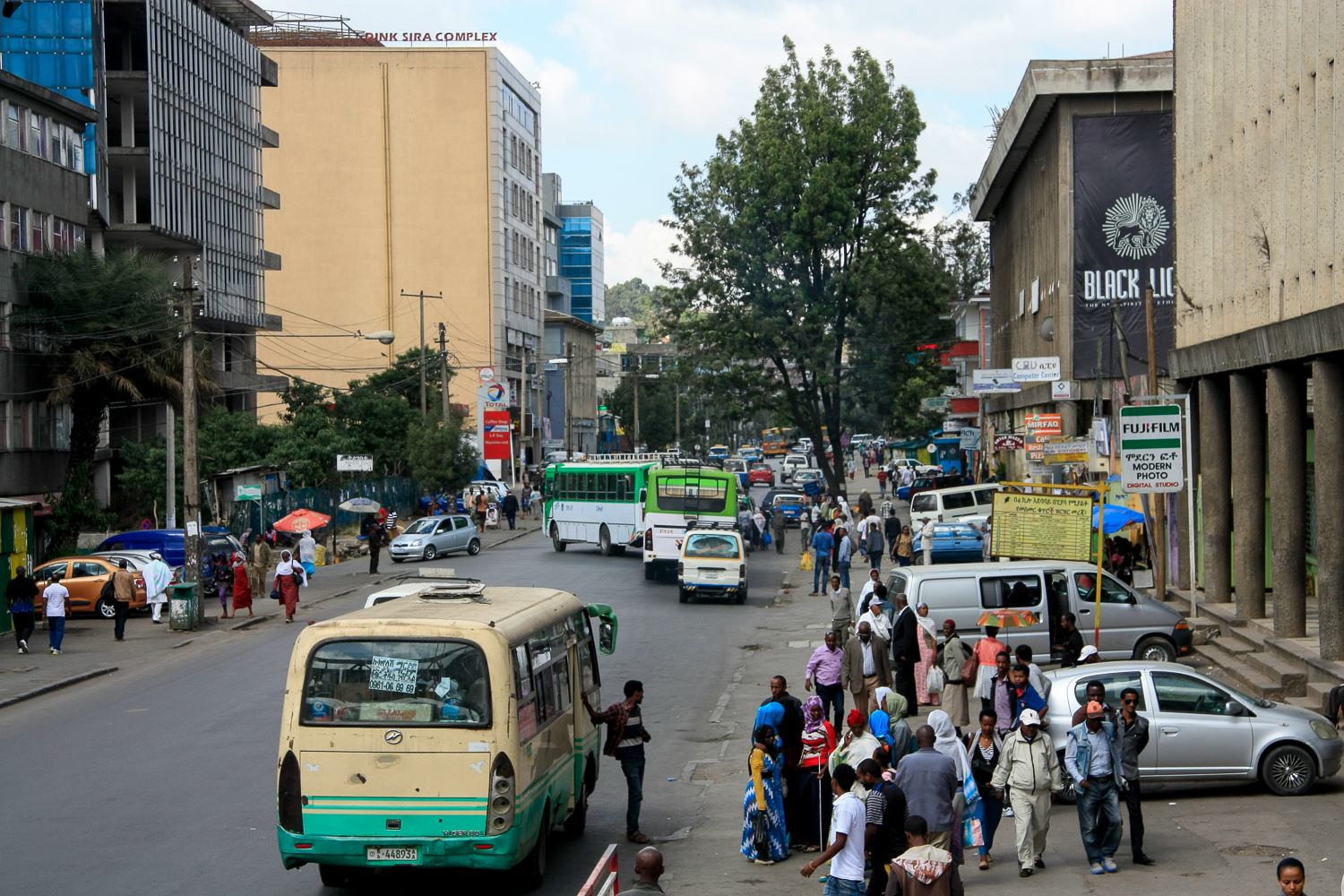 And there’s ample petty thievery (I nearly got my bag snatched, and I met someone who actually did lose theirs), poverty, developed city blocks adjacent to slummish blocks of shacks, touts and scammers pretending to be friendly and following you around. Some people are honest and some are not, but there’s more than enough of the latter to sadly sow mistrust in any interactions with strangers. That just sounds like any old giant city. I can’t fault Addis for that.

Underneath it all, there’s a very agreeable city and unique cultures on display.

For one thing, asking for the time means also specifying “Europe time” or Ethiopian time. “Europe time”? GMT+3, the East Africa time zone. Ethiopian time? The sun rises at 12:00 (6 am) and sets at 12:00 (6 pm), which seems so logical it hurts. The Ethiopian year is 2008, there are 13 months per year, and the new year begins somewhere in our September.

Everyone speaks Amharic, written in its own script that you’d never encounter anywhere else. There’s somewhat of a language barrier here, though many speak English. While it makes getting around quite difficult, what with not being able to read signs at all, it’s quite a pretty sounding and looking language.

There are so many foreigners here that people hardly bat an eye (other than the occasional eye-rolling calls of “China, China!” directed towards me). They’re here for all sorts of reasons, none underrepresented — volunteers, researchers, conferences, tourism. It’s a world center.

And the Ethiopian diaspora itself is large, with plenty of re-pats bringing back bits and pieces of their overseas cultures. Many that I talked to are well-versed in the finer details of other countries.

The beer is cheap (up to 20 birr; $0.65 to $1) and the coffee’s just amazing. Coffee originated in Ethiopia. It’s so significant that it’s practically a ceremony, and you can smell it walking down the street, where people roast the beans and prepare the drink outside. Food is cheap (maybe $3 for a meal), generous in portions, and delicious, with far more than just Ethiopian food available. (And Ethiopian food is incredible, of course: injera, the sour pancake bread, served with a variety of sauces and meats.) Music culture is vibrant, with “cultural clubs” hosting the droning drum-and-mazingo musicians and dancers not just attracting tourists, but majority locals. 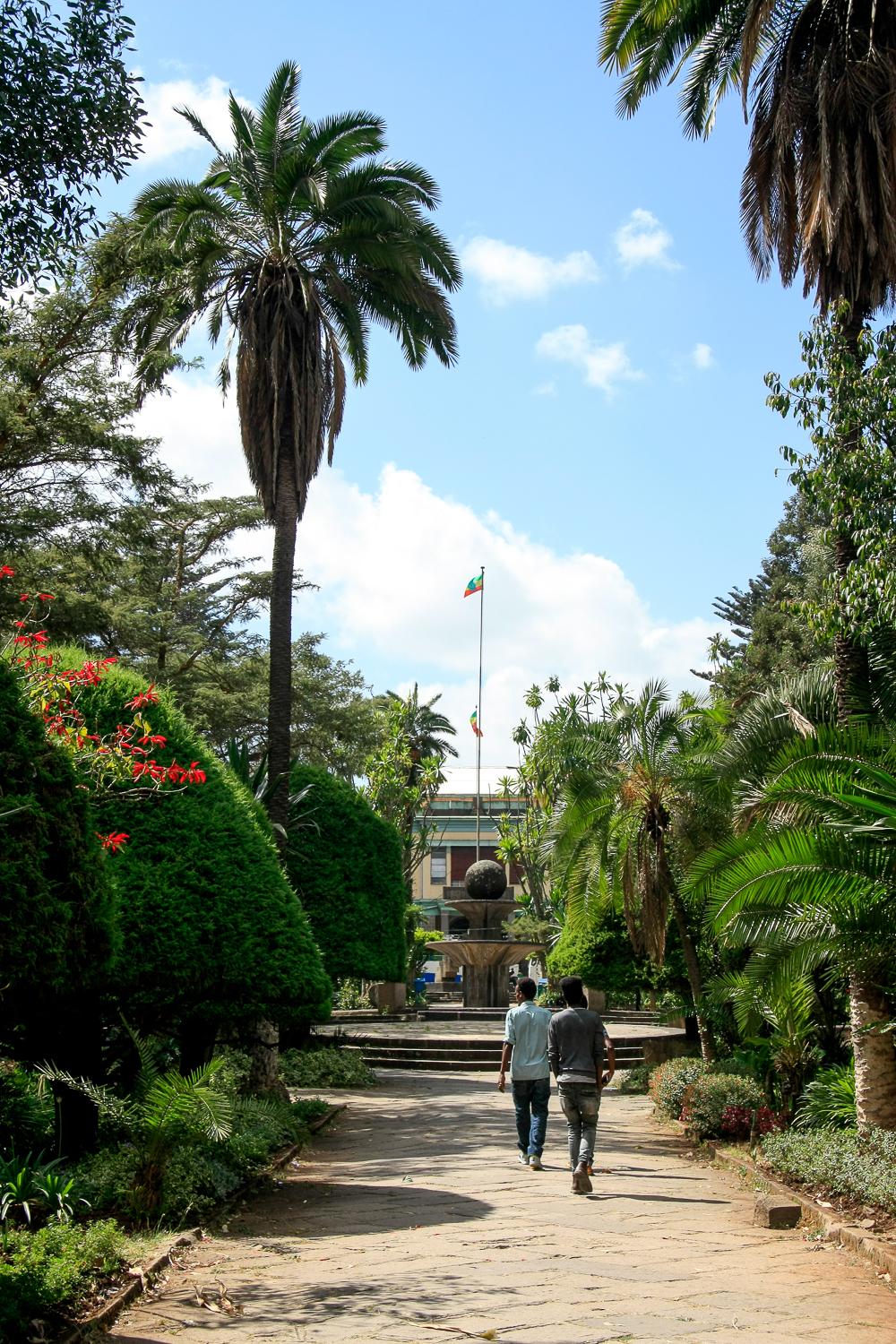 This is so minor, but in the west, we hear a certain song on the street and know it’s an ice cream truck. Over here, people stand on the sidewalks and play an annoying ringtone, and you’ll know they’ve got a scale. For a pittance, you can check your weight.

The museums are great, and I haven’t been to all of them yet. Ethiopia has something like 83 languages and plenty of isolated tribal cultures with their myriad rituals and folk tales. Women wearing lip plates, men running over bulls, people fighting each other with an intent to injure as a means of attracting suitors, facial or back scarification as a measure of beauty… These are from entirely different groups of people, and yet they’re located so close to each other. 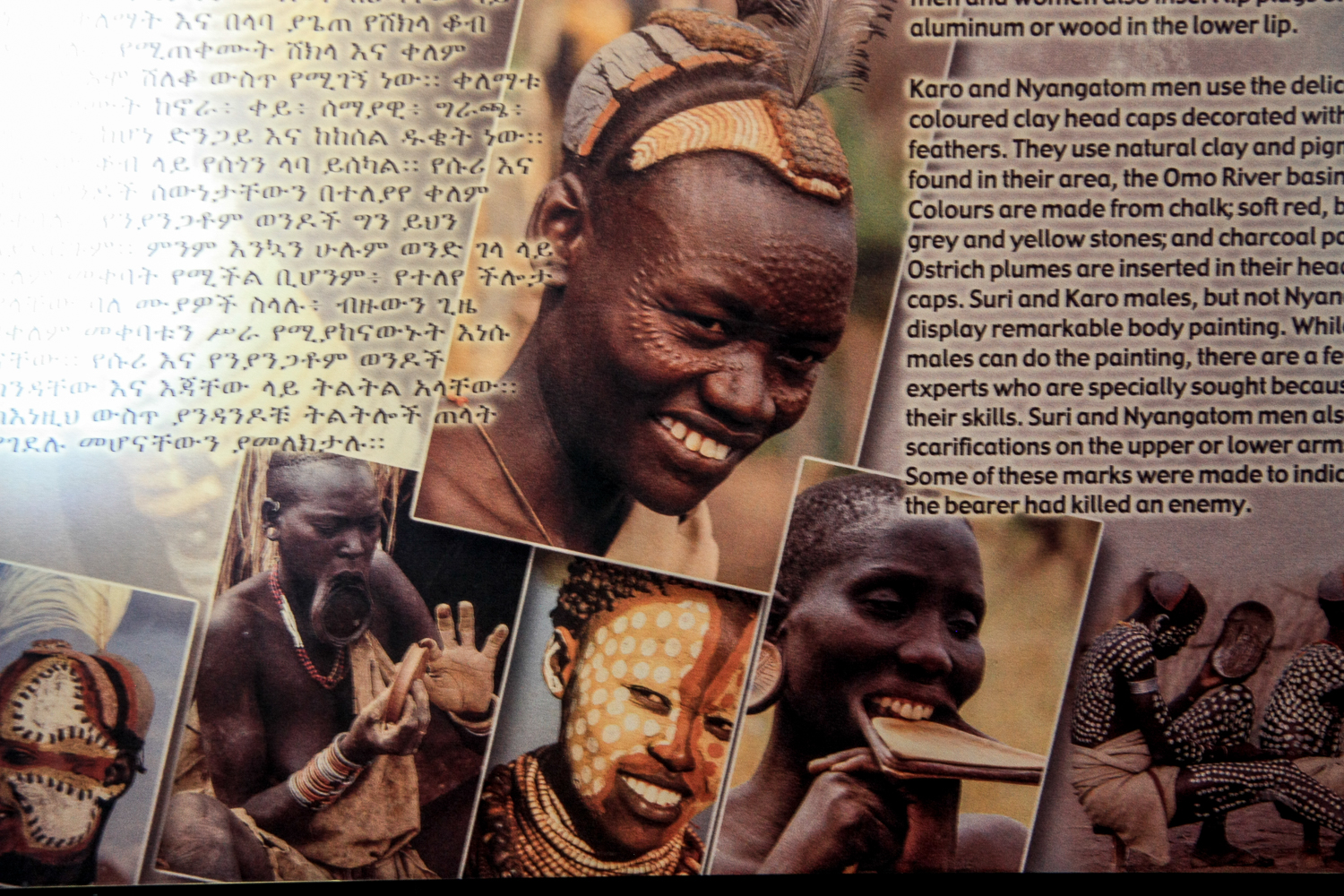 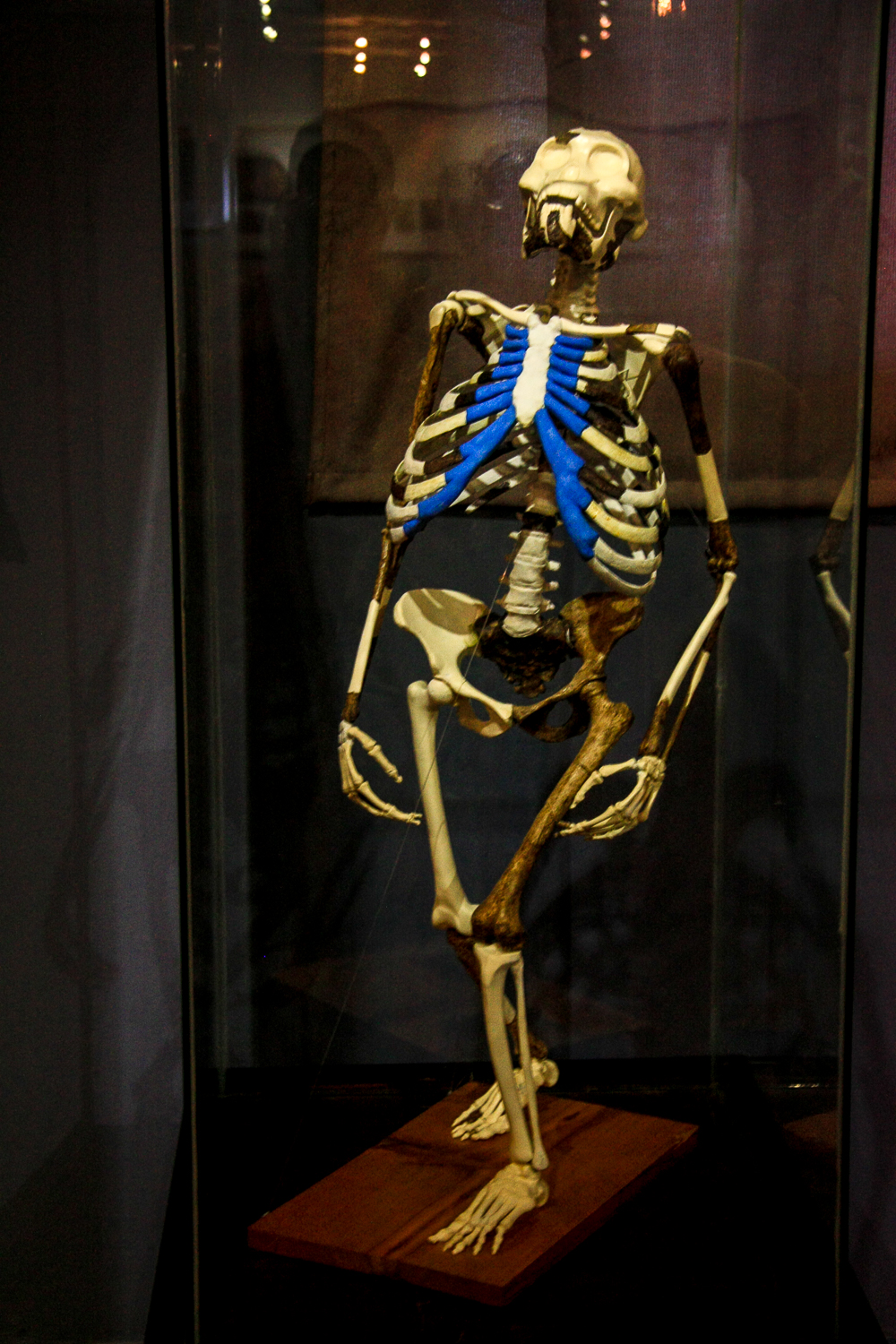 And beyond the cultures, there’s the history of humanity — many fossils and skeletons on display of hominids, like Lucy or Ardi, the pre-homo sapien evolutions with clearly different facial structures and postures: jutting jaws, sunken eyes, pronounced brows, different hip bones. Religion has occasionally made this controversial, but the archaeology and progression are present in numbers that cannot easily be dismissed as coincidental. The Orthodox church here doesn’t seem to. 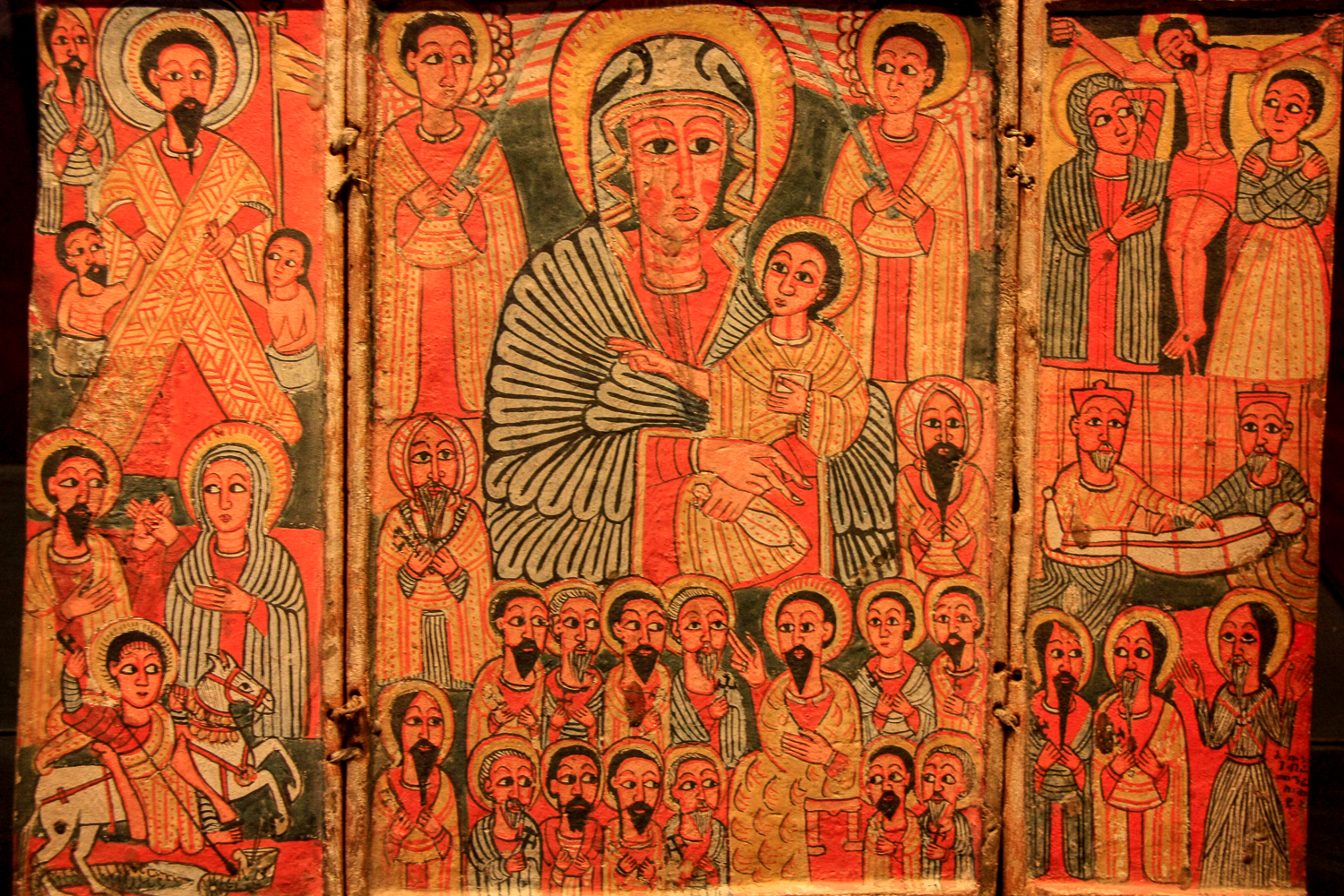 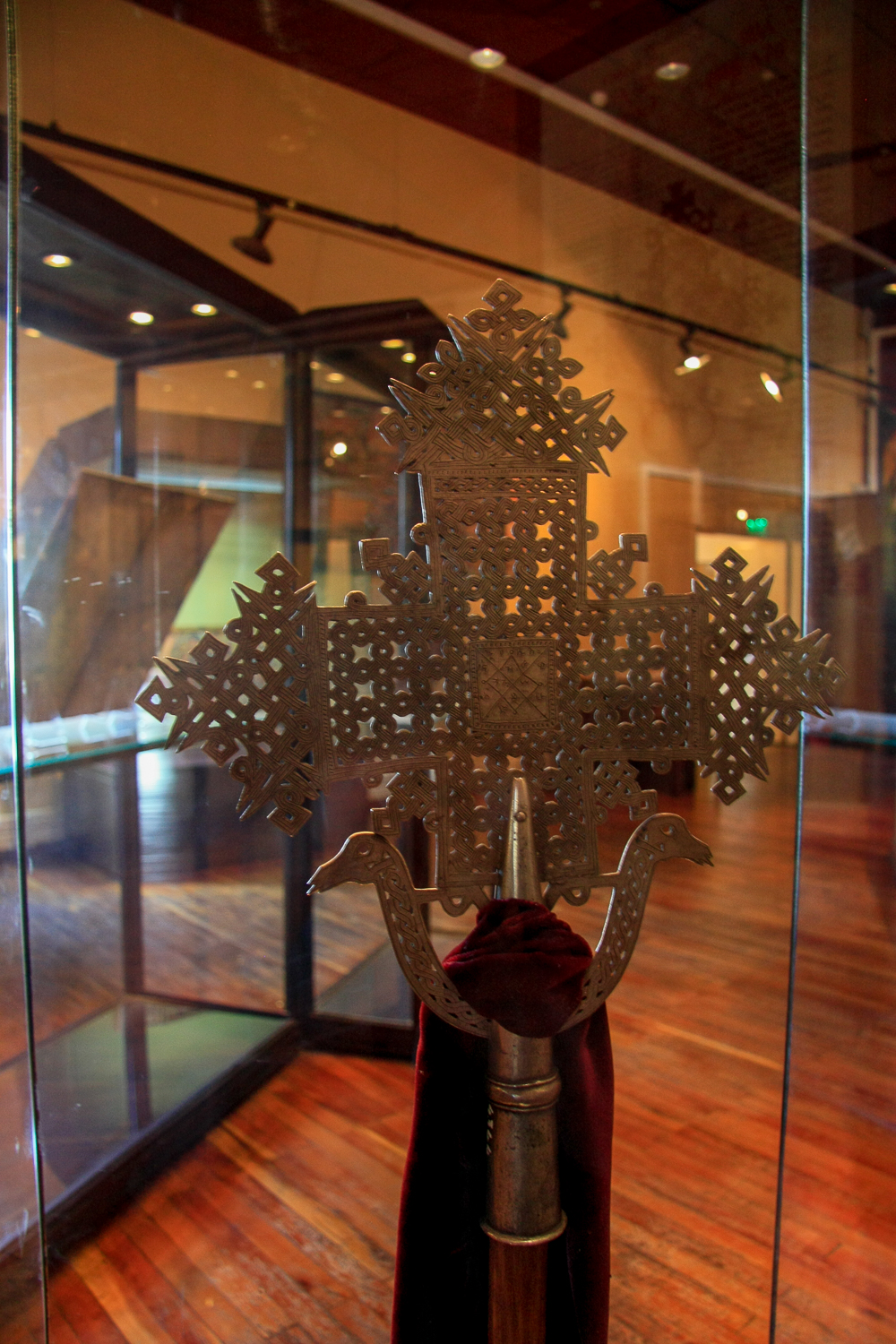 It’s a lot to take in over two days. I haven’t even gotten to the failed Italian occupation, Ethiopia’s proud history as a country never colonised, or the brutal dictatorship it emerged from a few decades ago. I’ll get there, when I come back here in a few weeks.

But for now, I’m moving on to the north, and that’s a whole different world. Given how Addis has been for me, for better or for worse, I’m sort of prepared to have my mind blown.

One thought on “Crossroads”