“Well, this is my explanation, straight from Ethiopia. N-E-G-U-S. Definition: royalty. King, royalty.”

Kendrick Lamar’s got the accurate translation of the Amharic word for emperor (the song’s the album version of “i”, by the way), and nowhere is this more evident than in Gondar, a former capital of Ethiopia under the emperors Fasilidas, his son Yohannes, grandson Iyasu, and further descendants who murdered each other for power. In the Royal Enclosure lies ruins of palaces once extravagant but now plundered or destroyed in war.

While all the history is quite interesting, it loses some of its magic when shared without context. There are some pretty fascinating tidbits though, if you believe the Ethiopian oral history at face value.

The Queen of Sheba was married to the biblical Solomon, and Ethiopians believe that she was from Ethiopia. That means that Fasilidas (up to his first predecessor who claimed so) and his descendants are considered part of the Solomonic dynasty, and to have been chosen by God in line with their Orthodox faith. There are even Stars of David etched into various places on the palace grounds. South of town, there’s an Ethiopian Jewish community complete with a synagogue (though most of its population was whisked off due to conflict in the 1980s to Israel, which recognises them as Jews even though DNA analysis claims otherwise)! 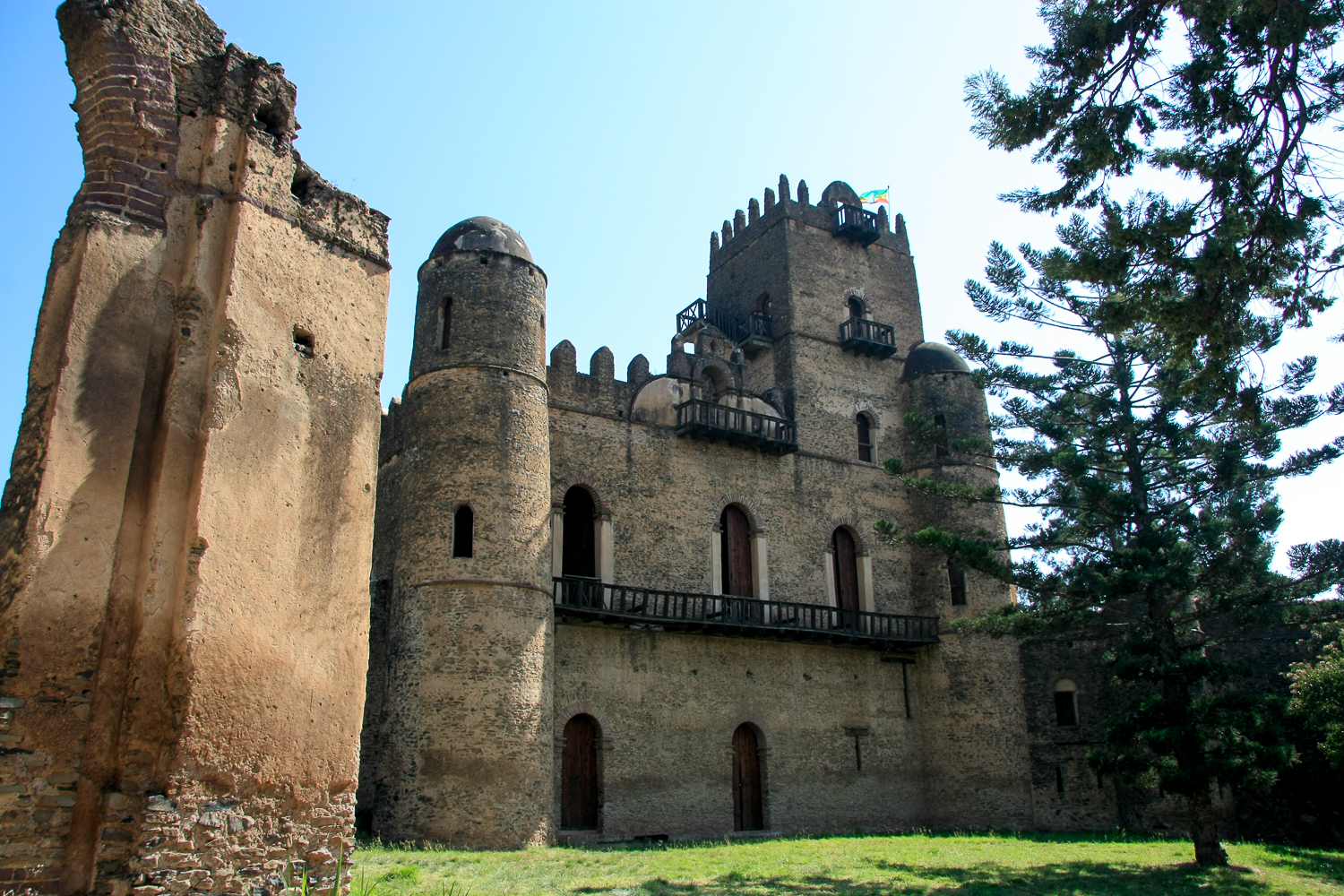 The Solomon connection goes all the way to Ethiopia’s final emperor, Haile Selassie… who is also widely known by his name pre-kingship, as Ras (Prince) Tafari. When he became emperor, Jamaicans in a “return to African roots” movement decided that he was some reincarnation of God and deemed him a messiah. Selassie, a popular emperor until his deposition by coup in the 1970s after a famine, was a little bit embarassed but eventually just let them do their thing, which leads us to Rastafarianism today — big in Jamaica, hardly in Ethiopia. Heh. 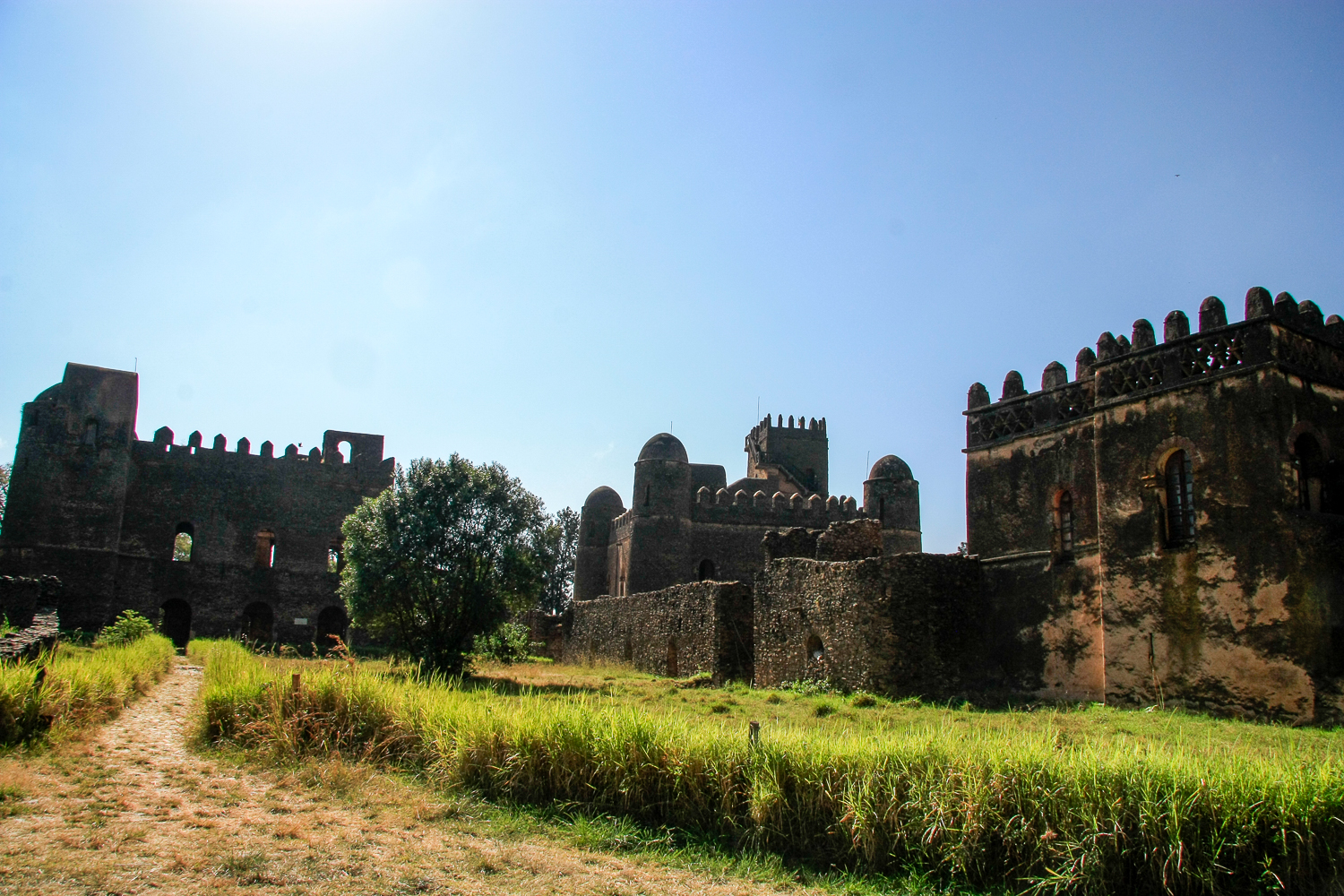 Selassie occasionally used the palace grounds in Gondar, if only to keep his pet lions. The palace grounds also contain a sauna, built upon recommendation from a French doctor a skin condition-suffering Iyasu. Kinda random!

What’s more interesting are some of the stories that come with the emperors. Yohannes, known as “Yohannes the Honest”, dreamed one night that his wife was cheating on him. One day, as the two were having a meal of fried fish at the pool, he simply told her to speak her mind and only speak the truth, saying that the fried fish would jump if she did. Panicked and assuming he had powers of the divine, she confessed to her affair, and the fried fish jumped into the pool. He forgave her, and the Ethiopian parable of the truth-telling powers of fried fish was born. 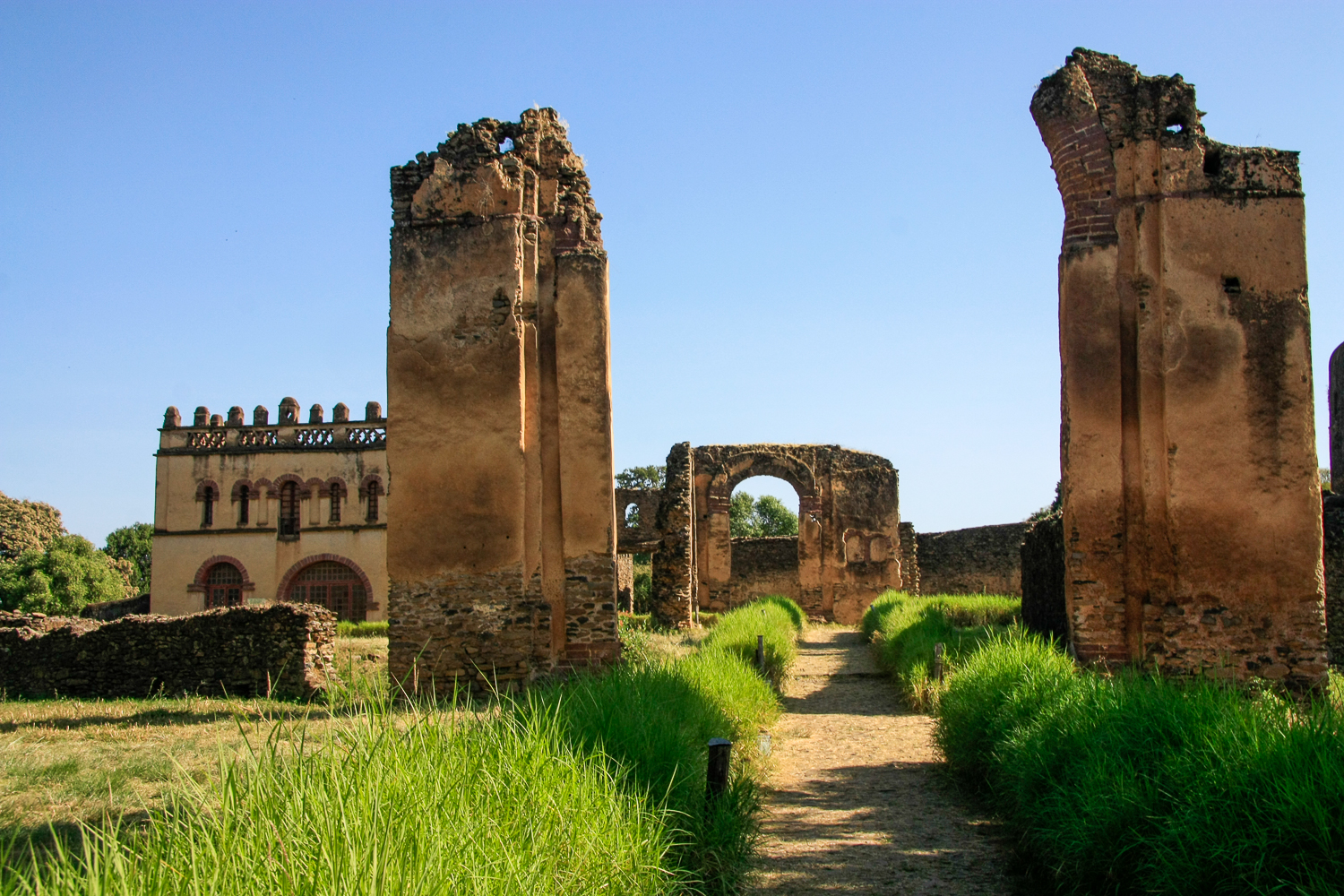 Or take the story of emperor Bekaffa, who built a music hall and invited a bunch of commoners one night. They all got drunk, he slapped some random farmer guy, who slapped him back. The next day, the farmer was sentenced to death for touching the emperor. Bekaffa, knowing the farmer had not intentionally done him wrong, told his attendants to throw a monkey in the lion enclosure, after feeding the monkey and lions copious amounts of alcohol. He then compared the farmer to the drunken monkey, who fooled around with the lions, oblivious to the fate a sober lion would normal give it.

You get the picture.