Compared to the rest of the cities I’ve been to so far, Axum seems the most prosperous. Wide, tree-lined avenues, elaborate brick-layed sidewalks and streets, trendy restaurants and bars, a nearby university… It’s a pleasant place to be. And yeah, someone snatched my phone out of my pocket while I played some foosball on the street with the kids, but so many people went out of their way to help me, or at least provide a little consolation. It’s still a pleasant place. 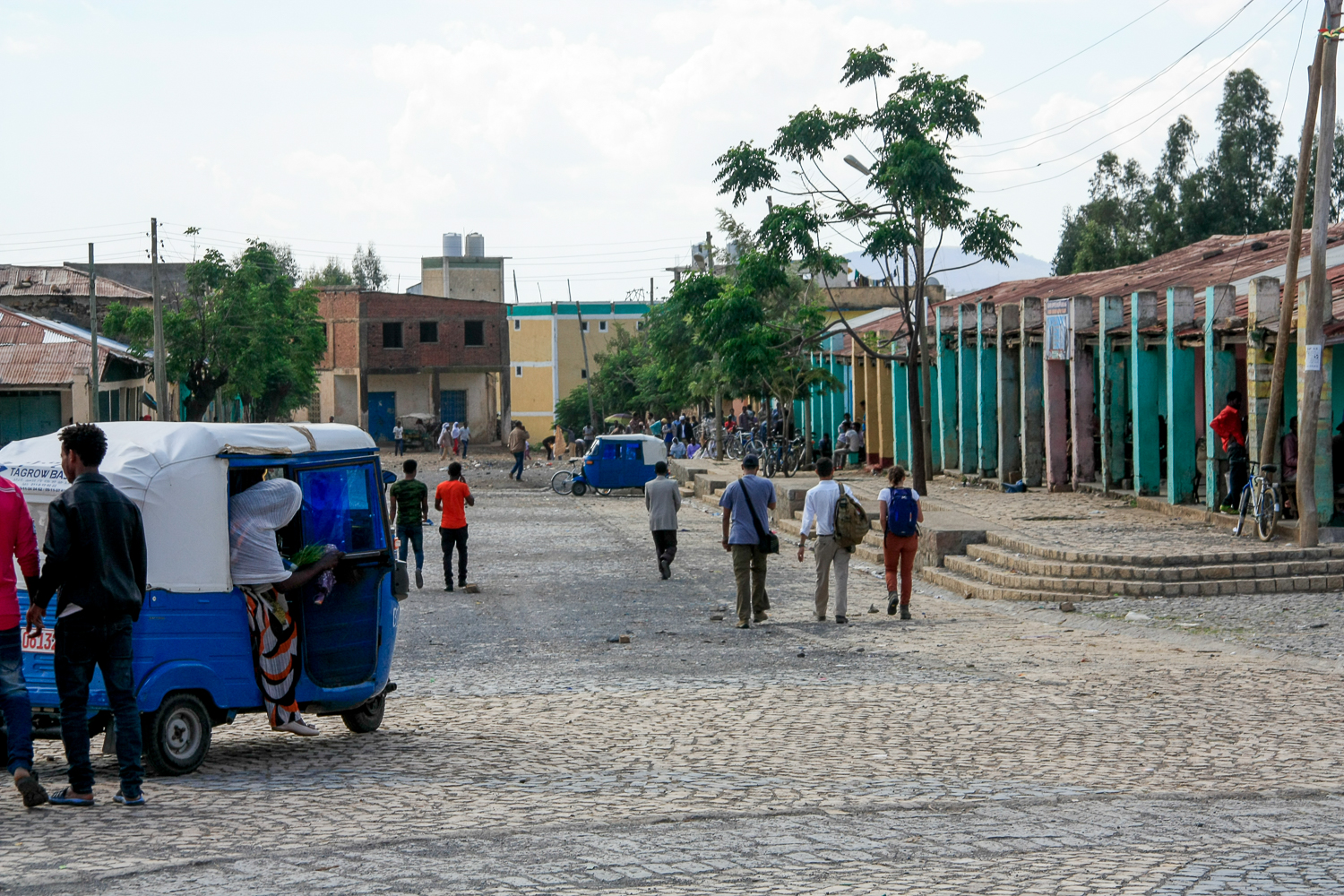 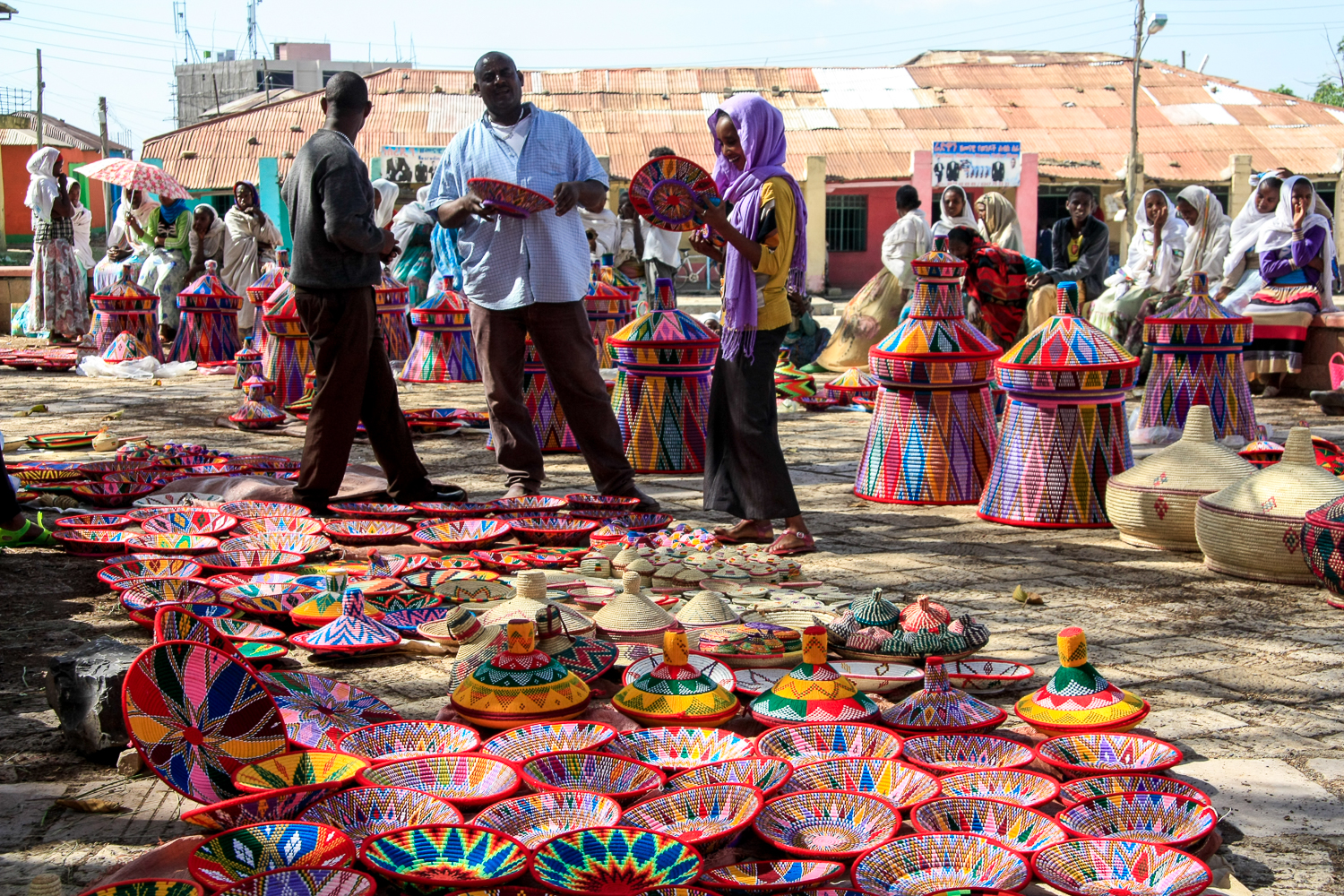 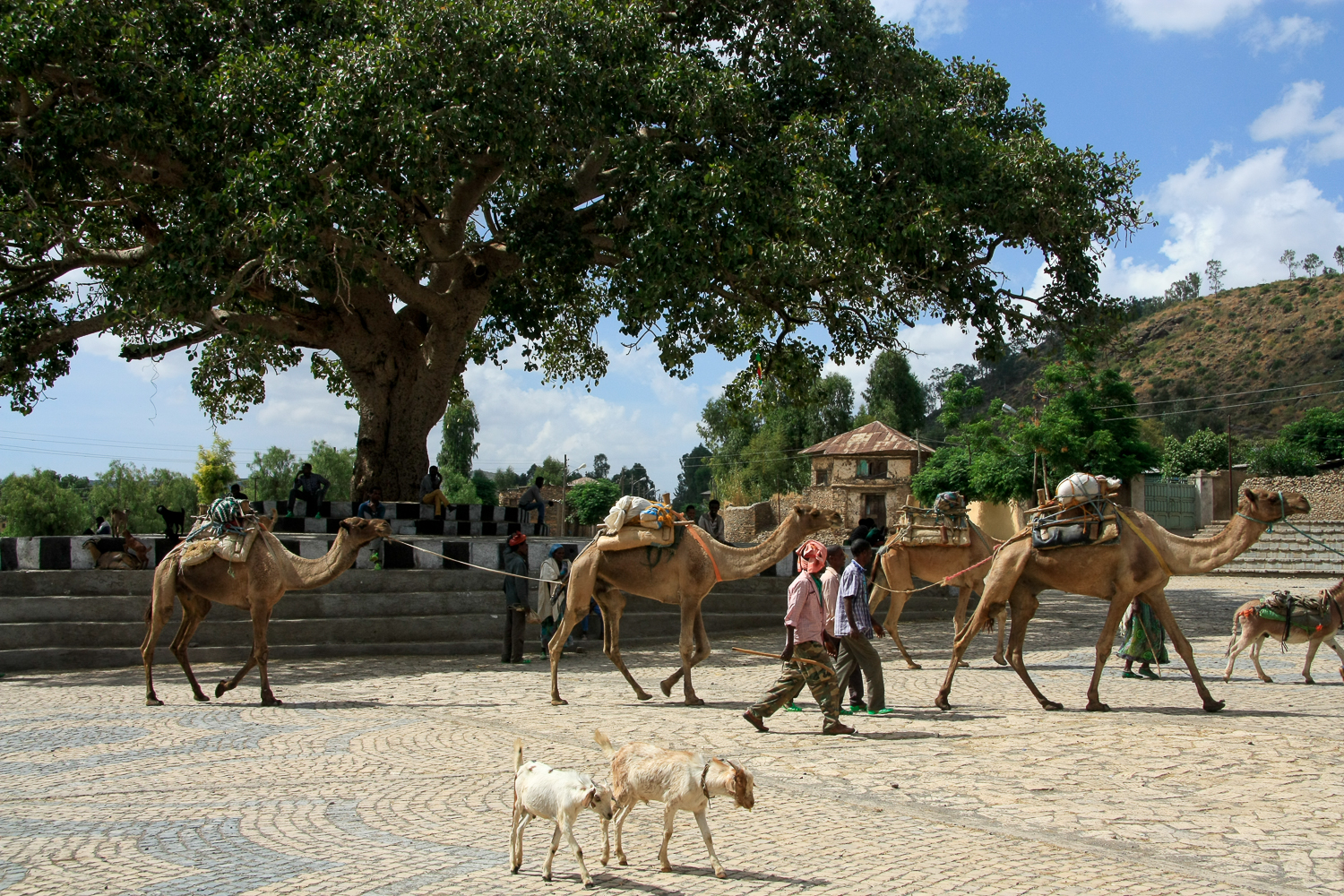 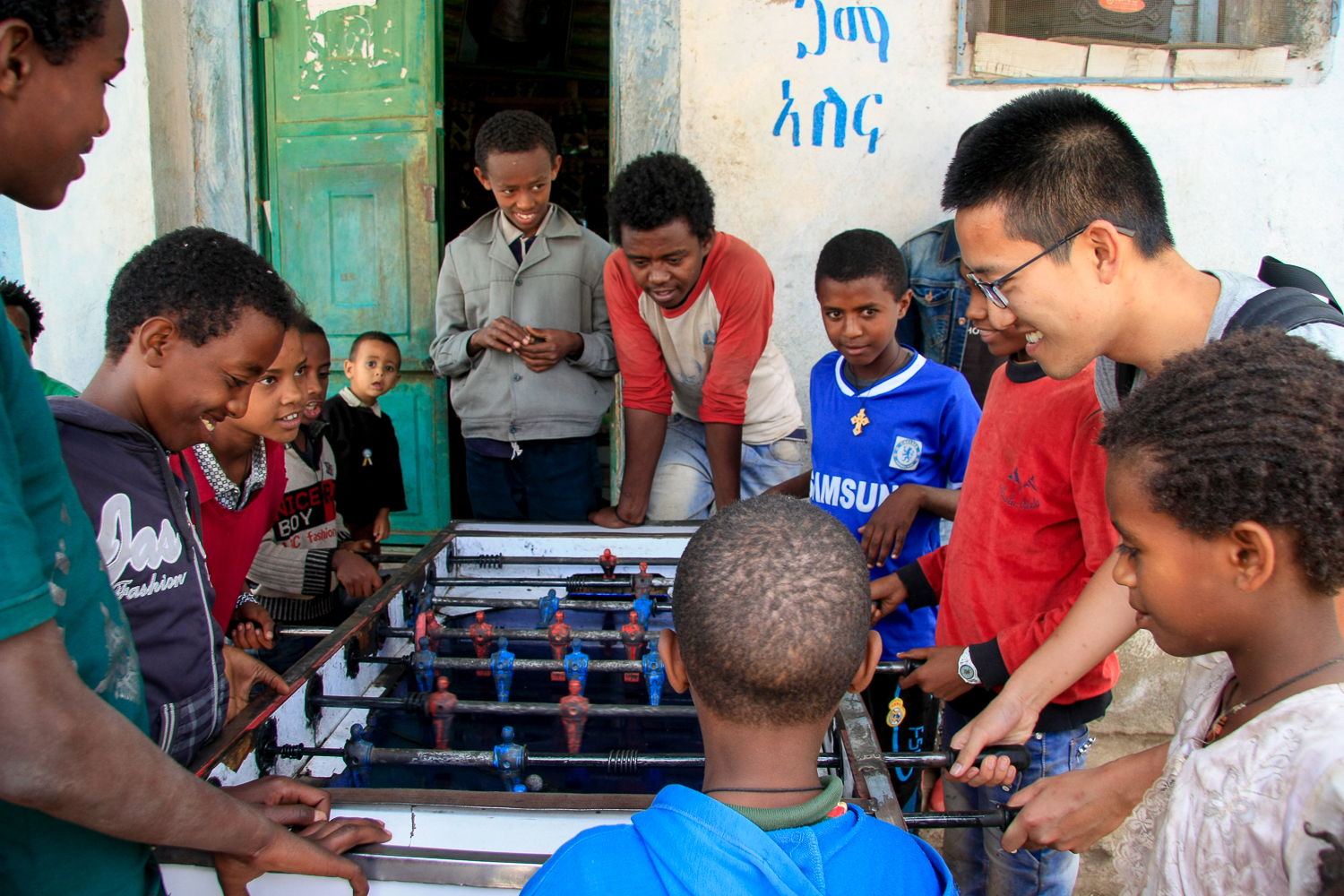 Even without this atmosphere, Axum offers plenty of questions.

There’s the Axumite kingdom, which I’ve somehow never heard of. How is it that we know all about the Egyptians, but nothing about what used to be the biggest kingdom in the world, circa 4th to 6th century, stretching from Ethiopia to the Arabian Peninsula to bits of Europe and even Asia? Before their conversion to Christianity in the 600s CE courtesy of some visiting Lebanese or Syrians, they worshipped the sun and moon gods, erecting monolithic stelae with false windows and doors… directly above tombs that have “portals” to graves corresponding to the number of windows and doors in the stele above. It’s fascinating. The tallest one, now collapsed, was 33m — and all of these stelae are carved from a single rock. How did they do it, and how did they erect them? The stelae fields are still excavation sites. 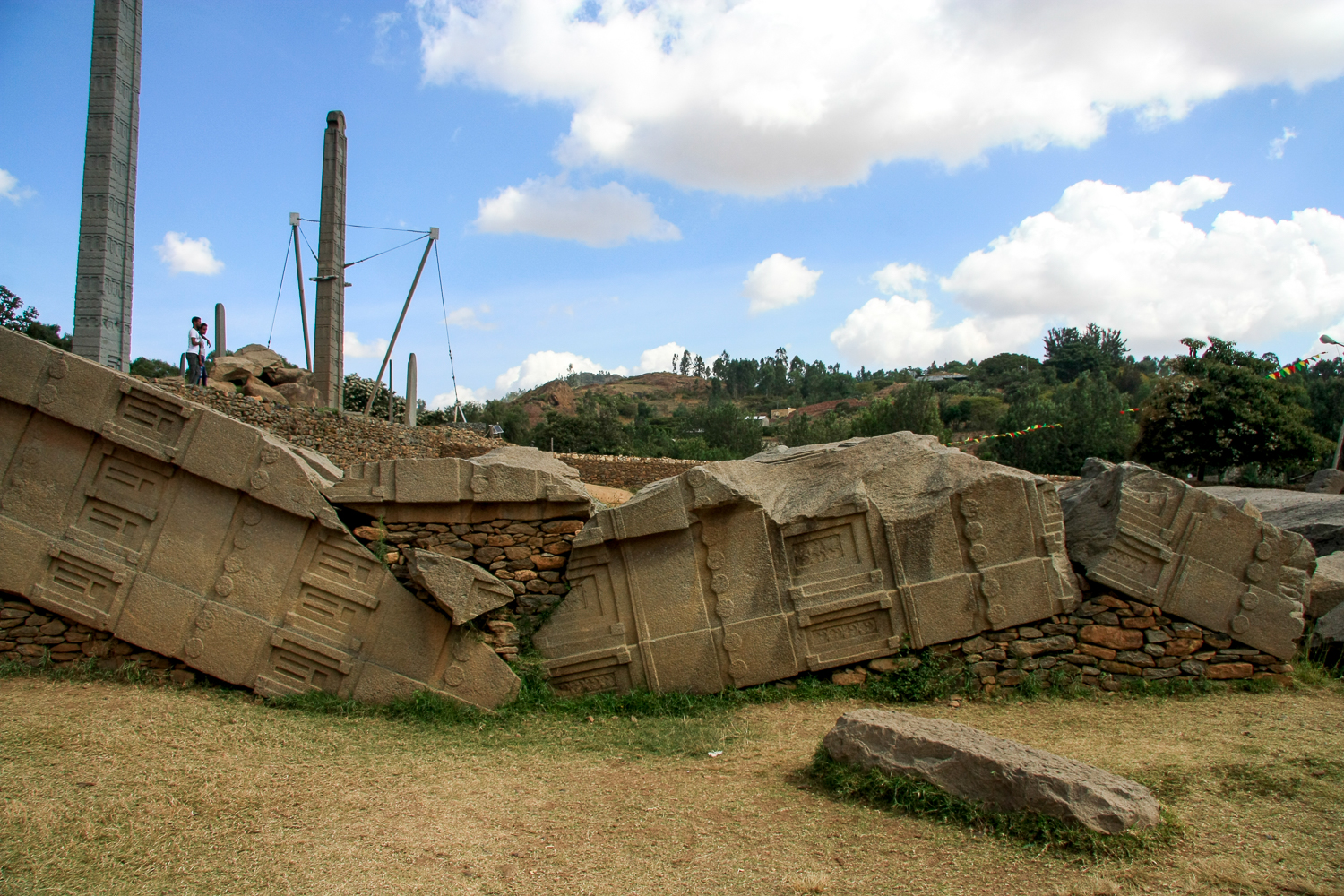 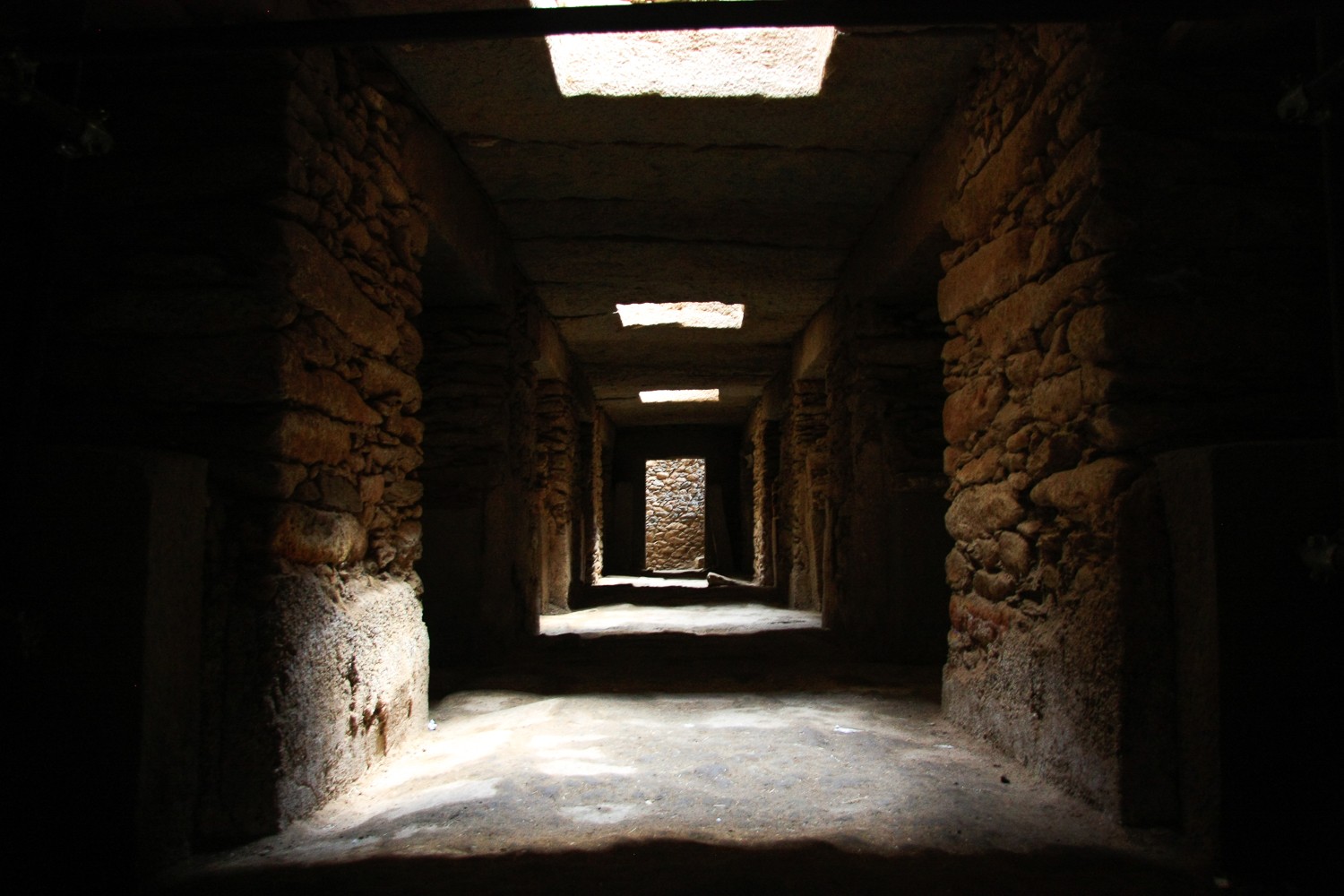 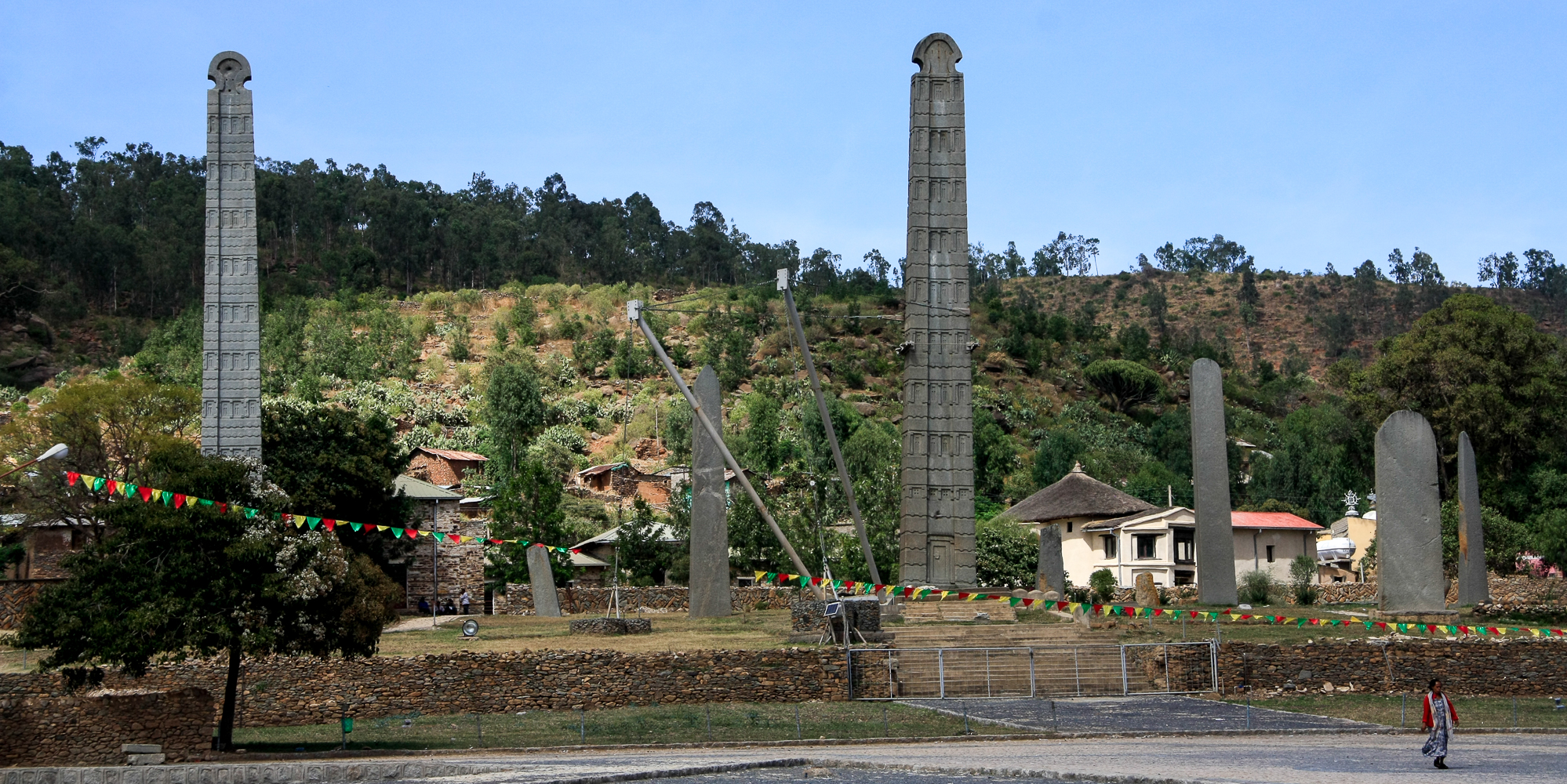 They were rich and technologically superior. Their tombs were made of smooth, cut rock. The treasures, all looted, included some of the world’s first coins, made of gold. They have tablets inscribed with Ge’ez (the predecessor of Amharic and Tigrinya, the local language), Sabaean, and Greek, the international language of the time. 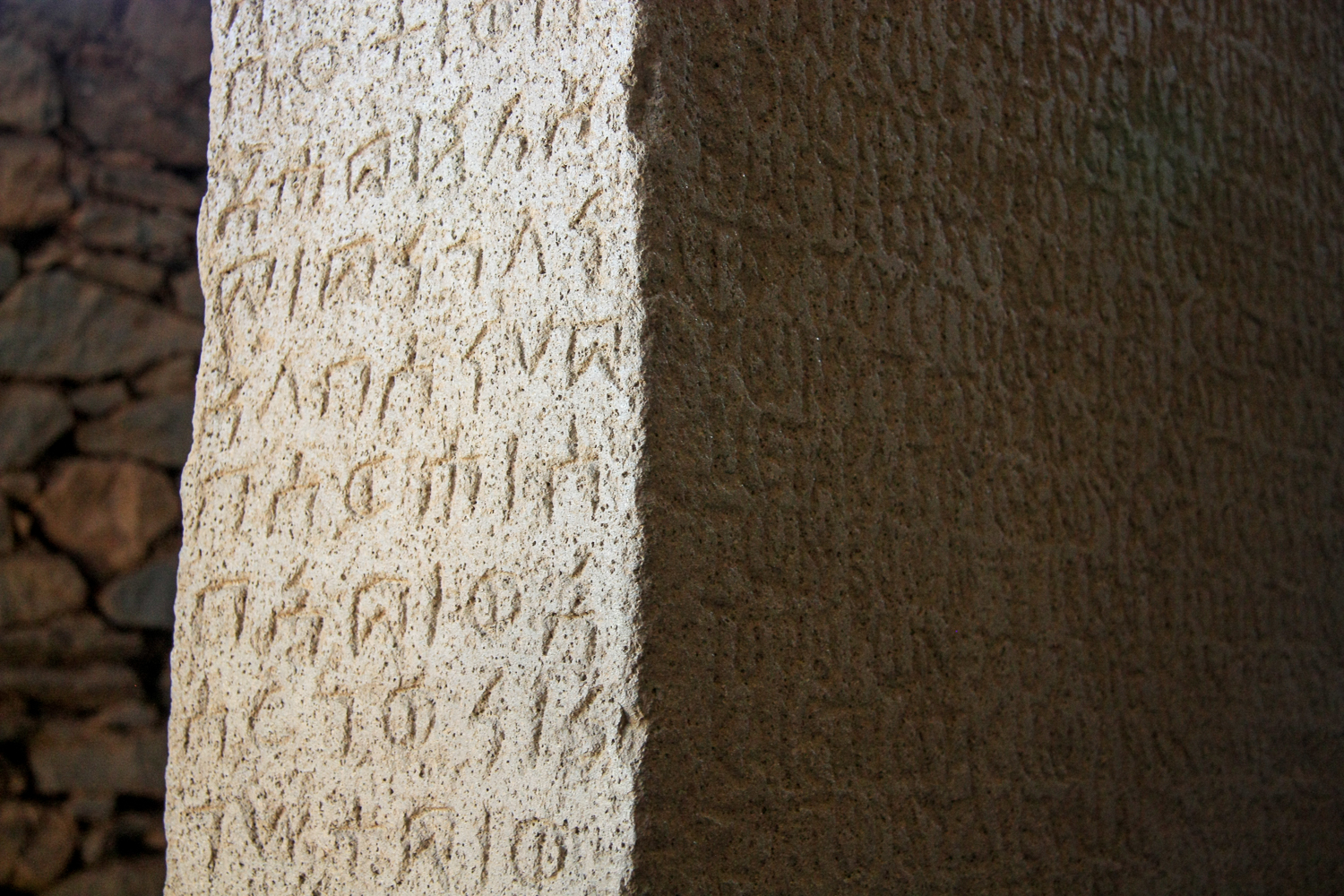 And then all of a sudden, despite having all these resources, they just sort of got wiped out. Whaa? I’ve never seen a museum exhibit with so many question marks. No answers.

And then there’s the Church of St Maryam of Zion. This is the largest and most important in Ethiopia… because they claim to have the biblical Ark of the Covenant. Ethiopian history states that King Solomon and the Queen of Sheba’s (remember, they claim she’s Ethiopian, though historians wonder if she existed at all) son, Emperor Menelik I, went to visit his father in Jerusalem in the 1000s BCE range, and carried off the ark with him back to Ethiopia. It’s held in a chapel that only one person has access to, and no one else has ever seen it. Every church in Ethiopia has a replica hidden behind a curtain, with the tabots being paraded around only during special occasions. Commoners can go up to the fence of the chapel holding the relic; foreigners (after some previously tried to scale the fence) like me are forced further back. 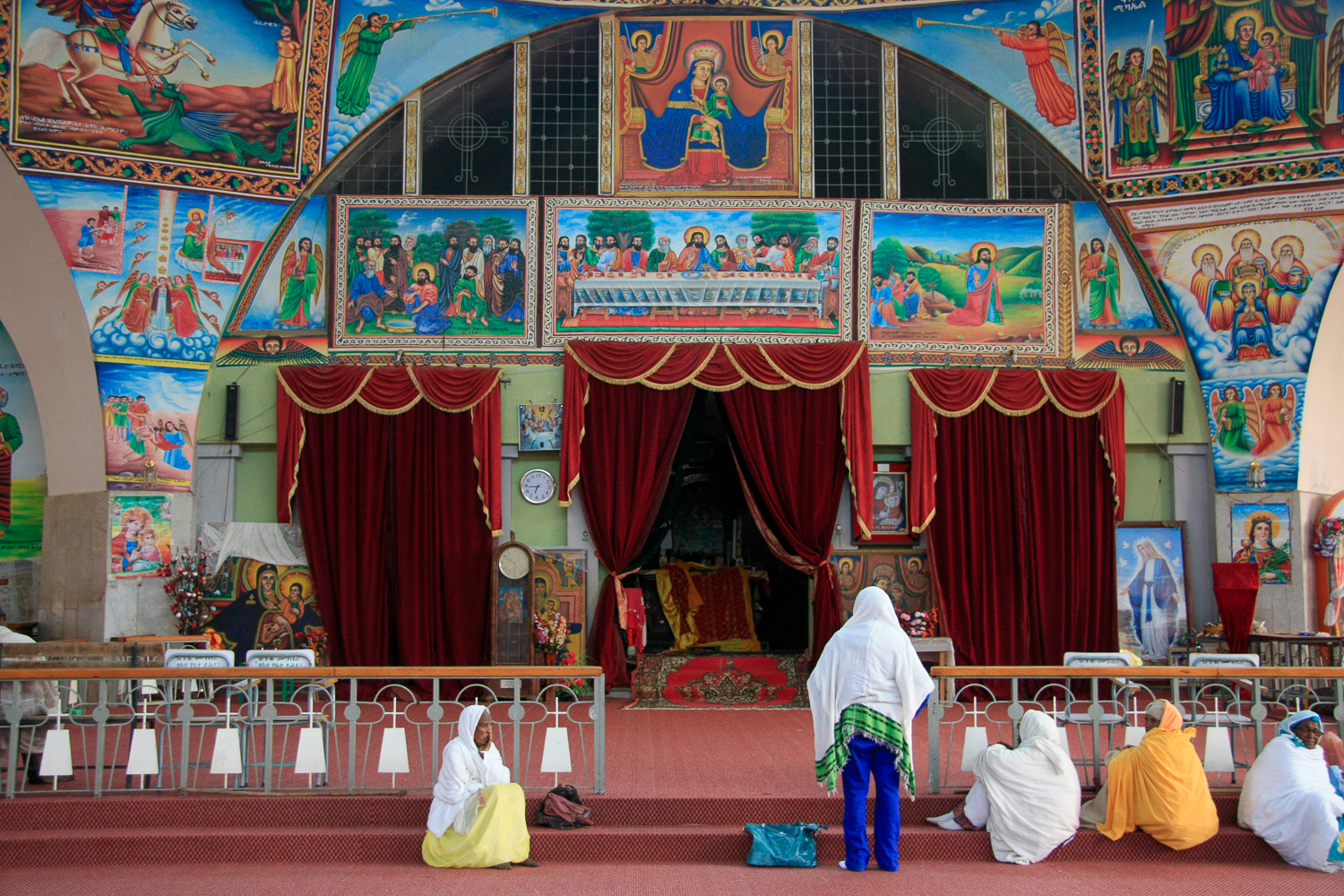 The Bible never stated where the Ark of the Covenant went, especially after Jerusalem’s Great Temple fell in 587 BCE. (See, these dates are waaay off!) Does it matter if it’s actually in Axum or not? Being in the presence of the chapel (men only, as usual), I saw plenty of men prostrate themselves and pray. It gives them hope. Heck, remembering what the tablets of the Ten Commandments, Aaron’s staff, and a jar of manna represented gives *me* hope. 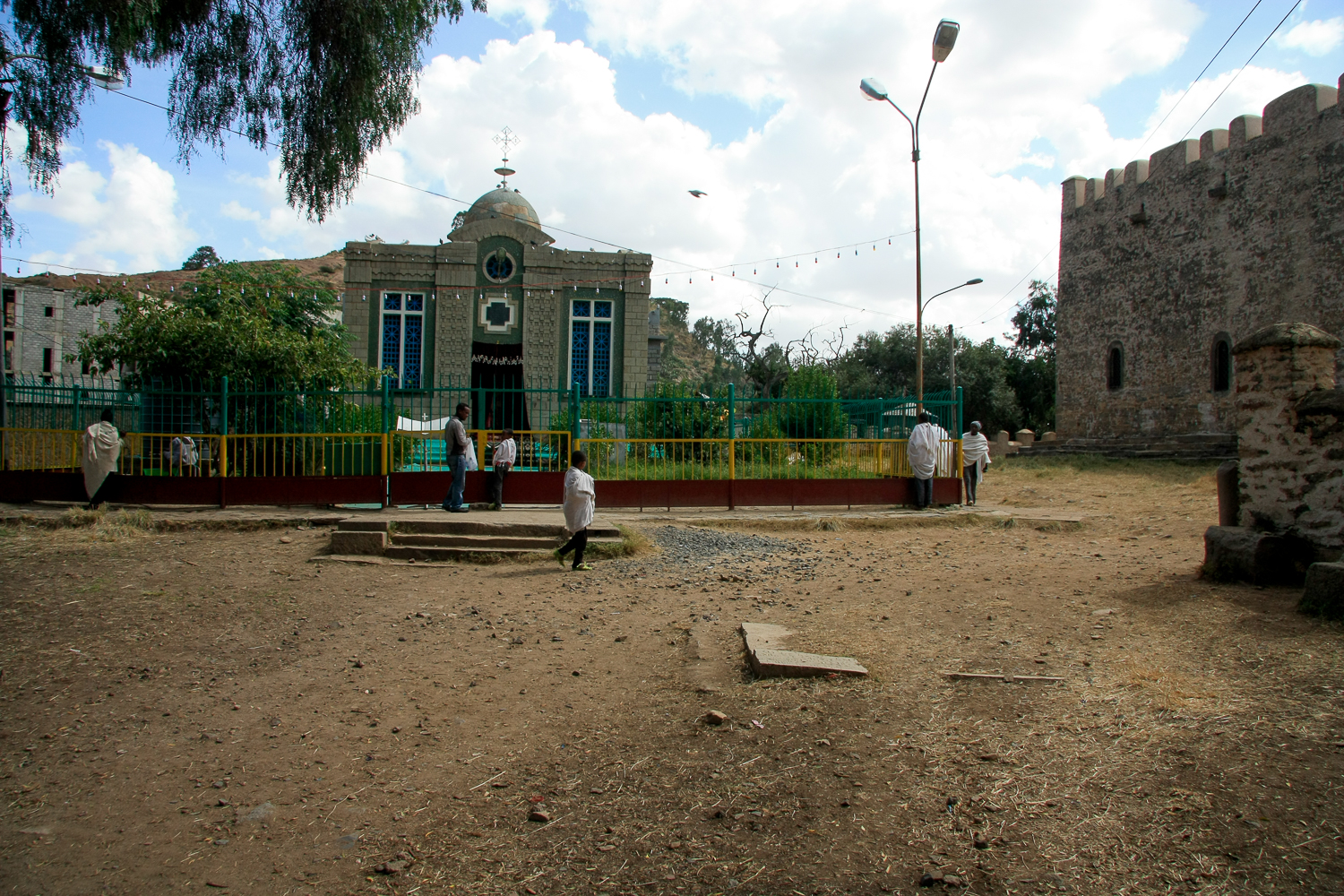 Literally *this* far back for foreigners

Oh, there’s a museum on the grounds of the church (no pictures). It contains crowns, robes, Ethiopian crosses, “thousand-year-old” Bibles, and other relics from virtually every emperor and empress. All gathering dust in a cramped, barely secured exhibit. Why? Because.

On our way to Mekele, we visited two monasteries in the Tigrai region. The Yeha monastery was originally dedicated to the sun and moon gods, built in the 800s BCE at the heart of the D’mt kingdom (another one with little information available) that predated the Axumite one — it’s the oldest still-standing structure in sub-Saharan Africa, and was made of only perfectly-straight interlocking stones with no mortar. It was rededicated to Christianity in the 800s CE by one of the Nine Saints (more on that later). Debre Damo, on the other hand… 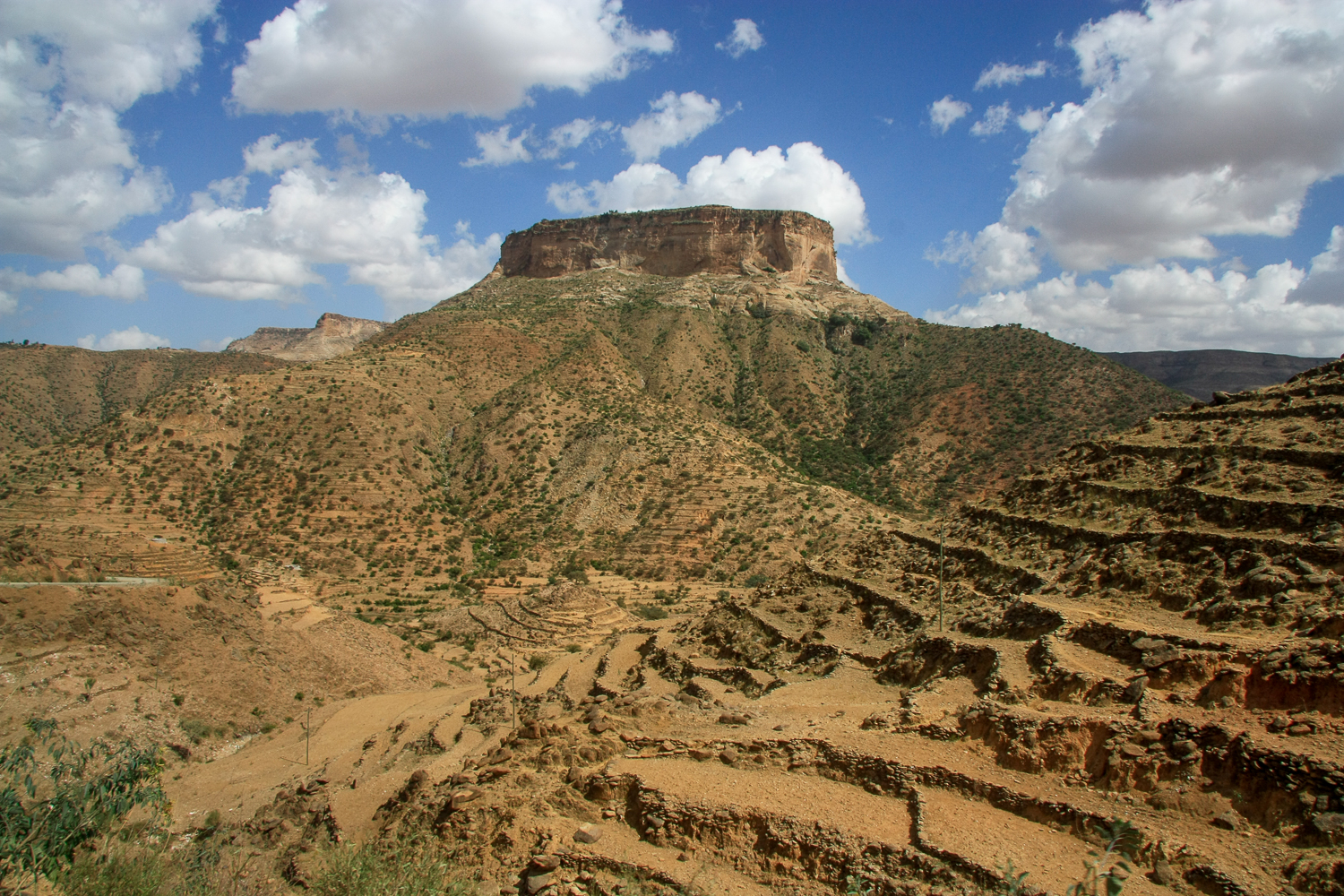 It’s a tabletop mountain with steep sides. How did they start a monastery up there?! Legend says that one of the Nine Saints who spread Christianity to Ethiopia, Abuna Aregawi, was provided a giant serpent by God, who took him up those 50 feet to the top of the mountain. Whether or not this actually happened is beside the point; there’s a monastery up there that started in the 600s CE. 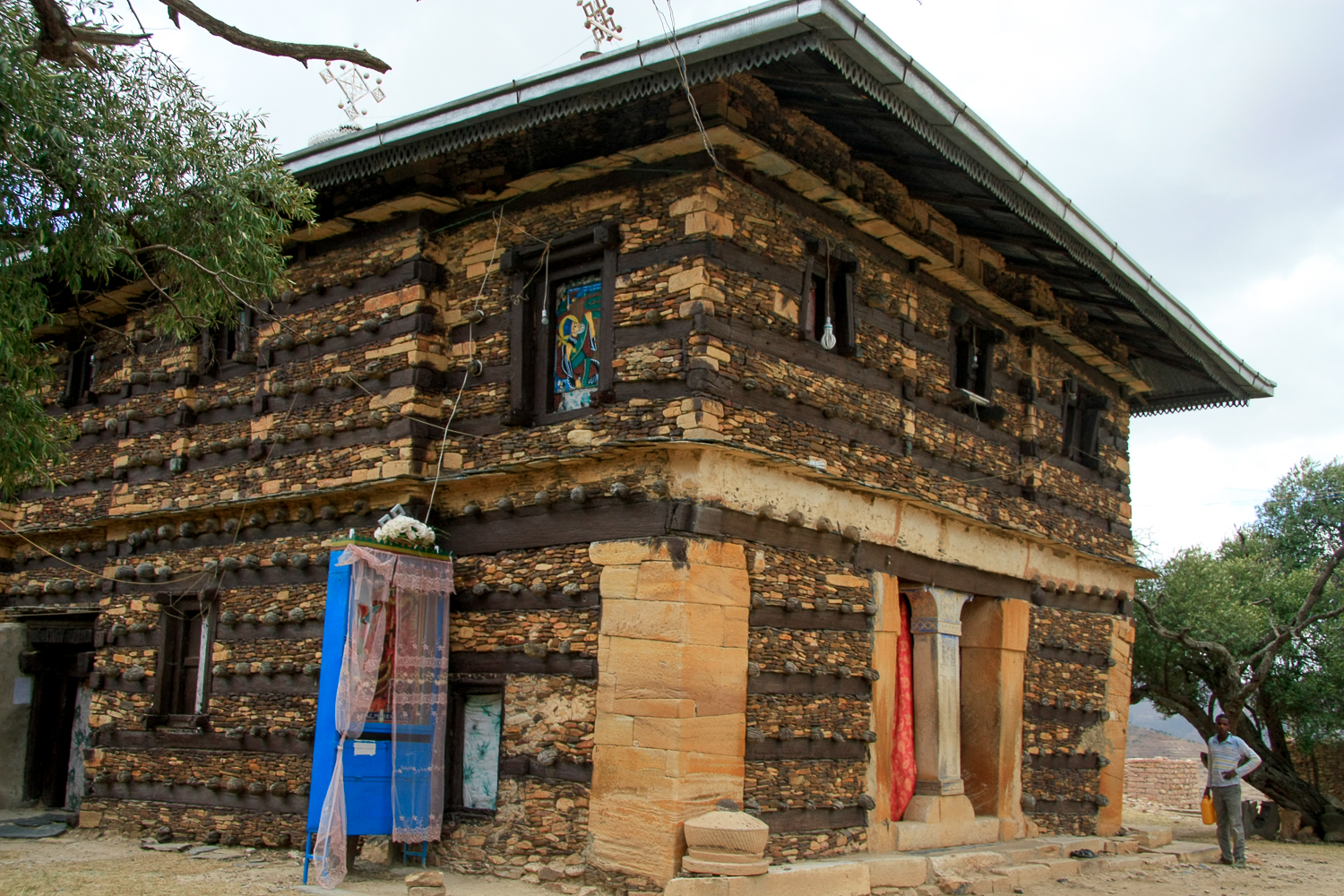 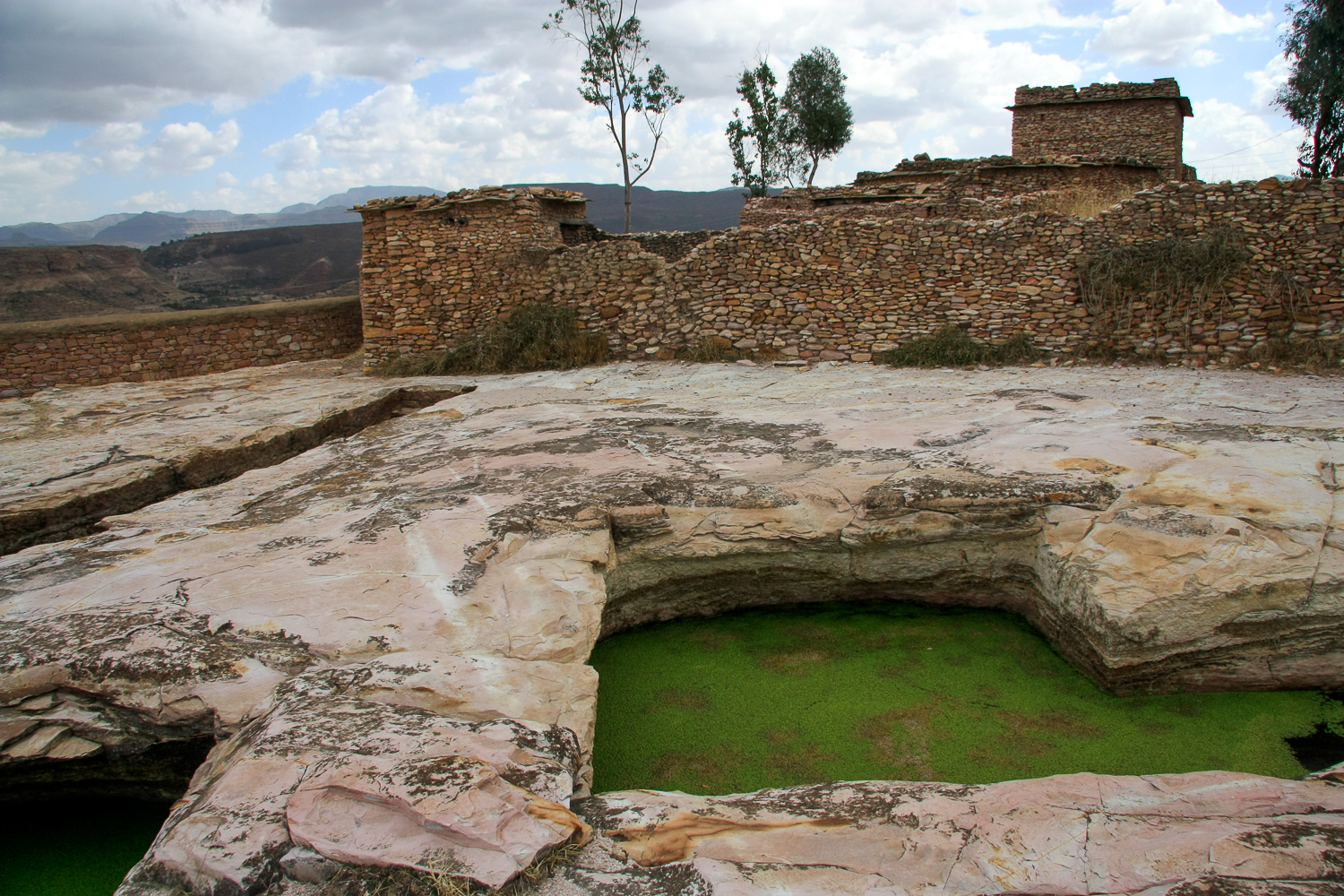 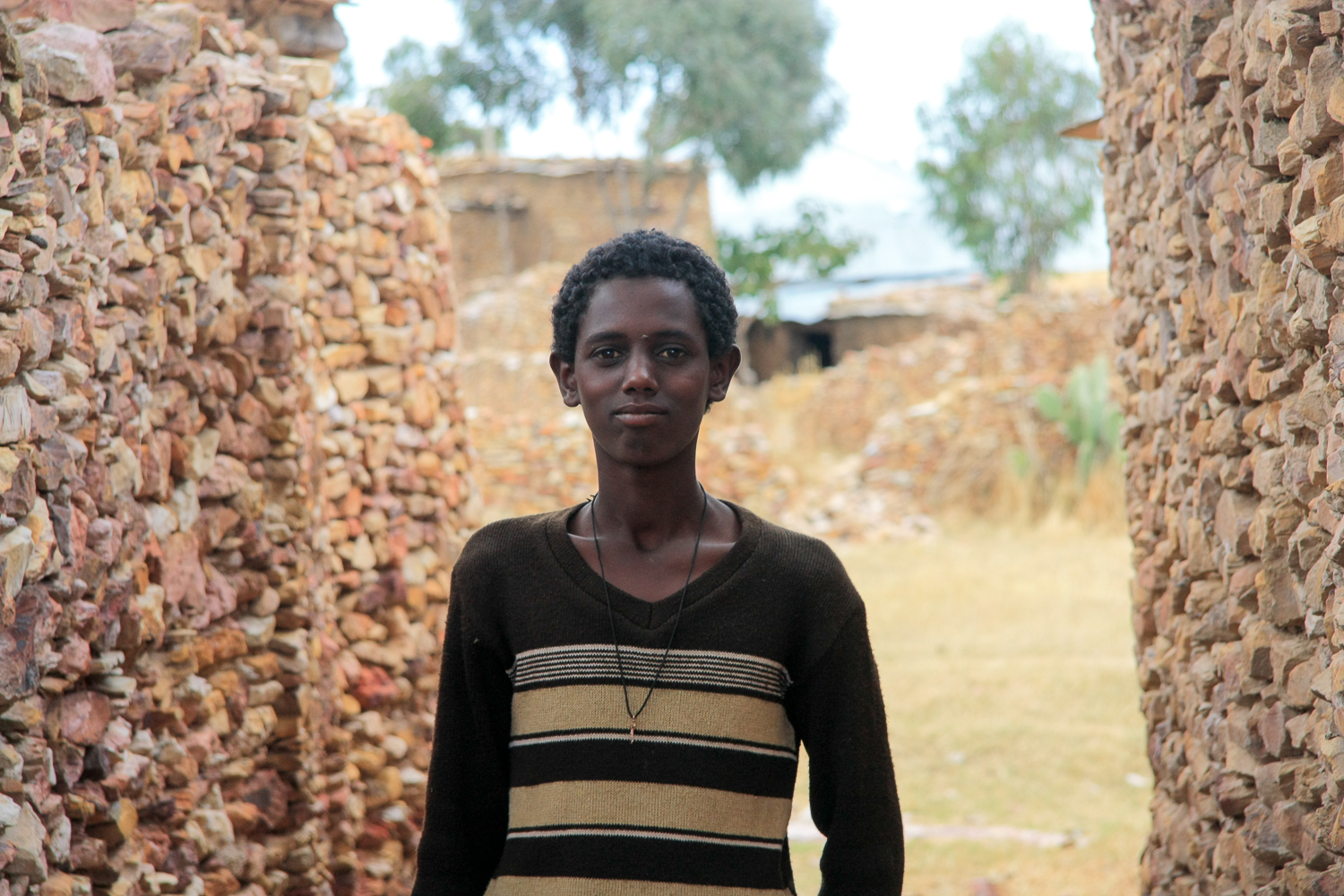 Climbing up using the thick rope provided and a harness that was barely a harness at all, I made the rather hair-raising climb to a chorus of laughing monks up top, as my forearms burned while I rushed to catch up with their rapid harness pulling. No one up there speaks English, but I was brought around wordlessly with grunts and sighs (kinda like No-Face in Spirited Away) through the monastery, bell tower, and adjoining village for monks — all male, with only male cows and male chickens. Yeesh, the fear against females (due to a queen massacring princes sheltered in the monastery in the 400s) runs pretty high. I’m just imagining them dragging up reluctant cows up the side of the mountain wall. 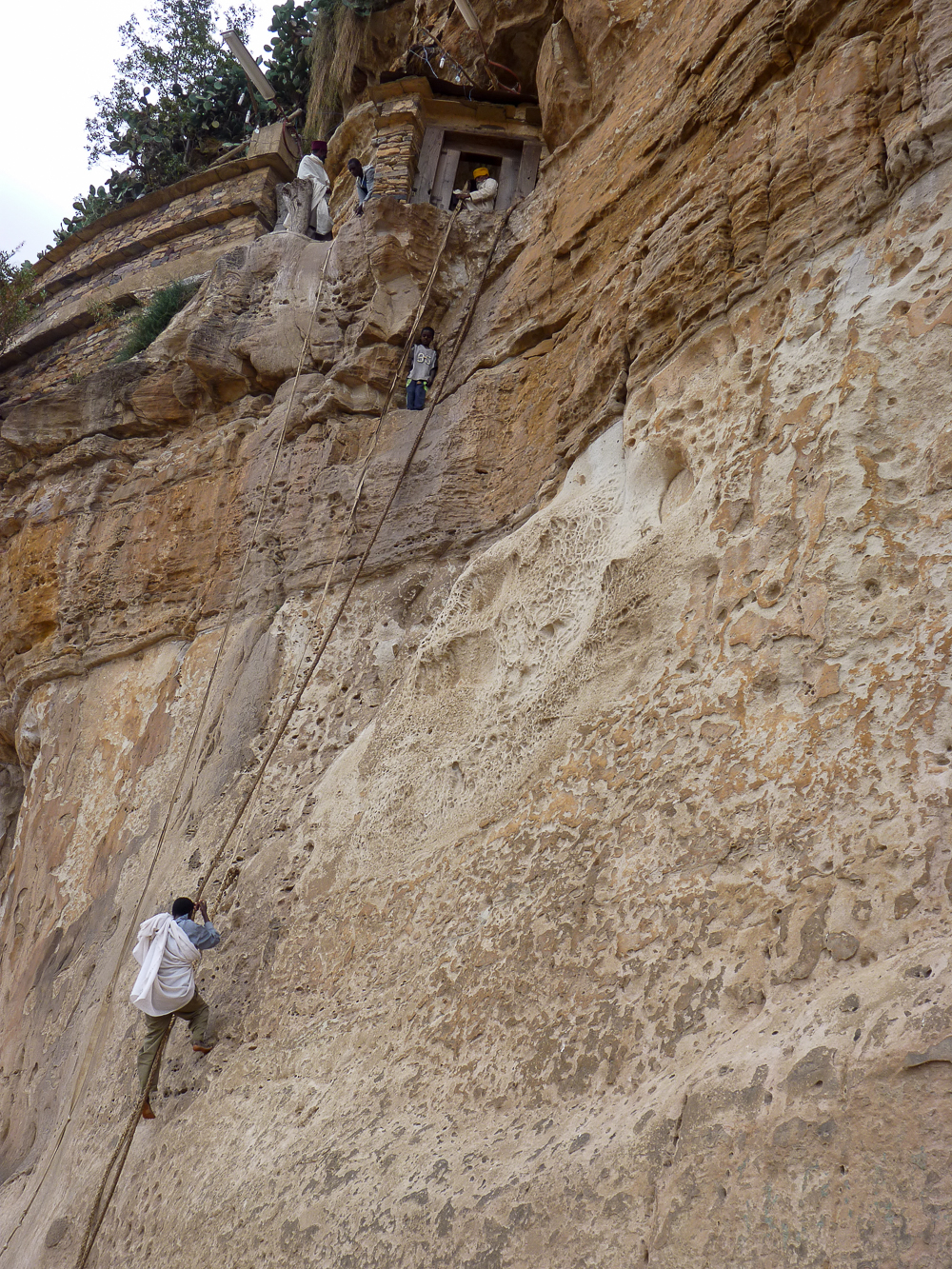 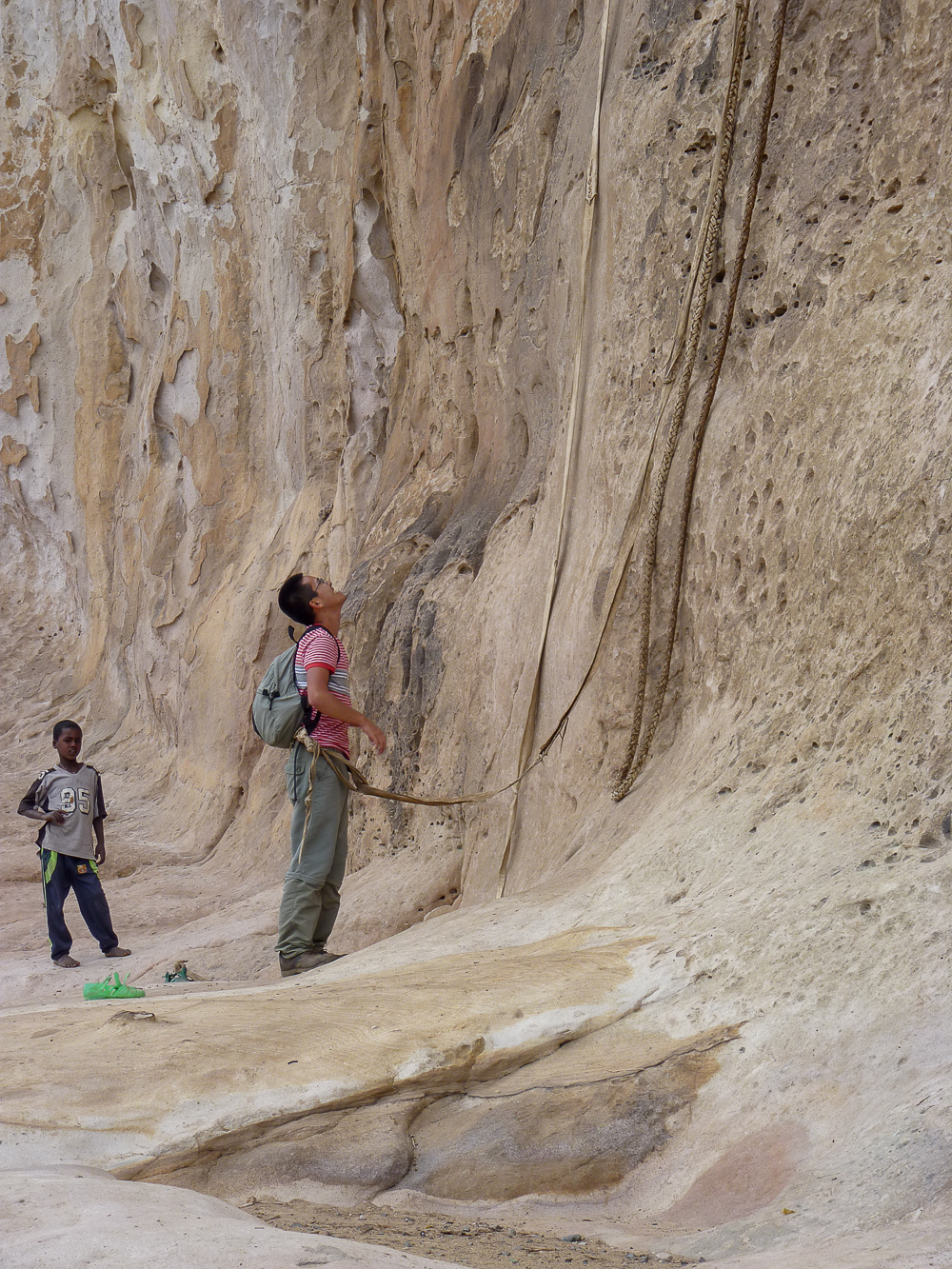 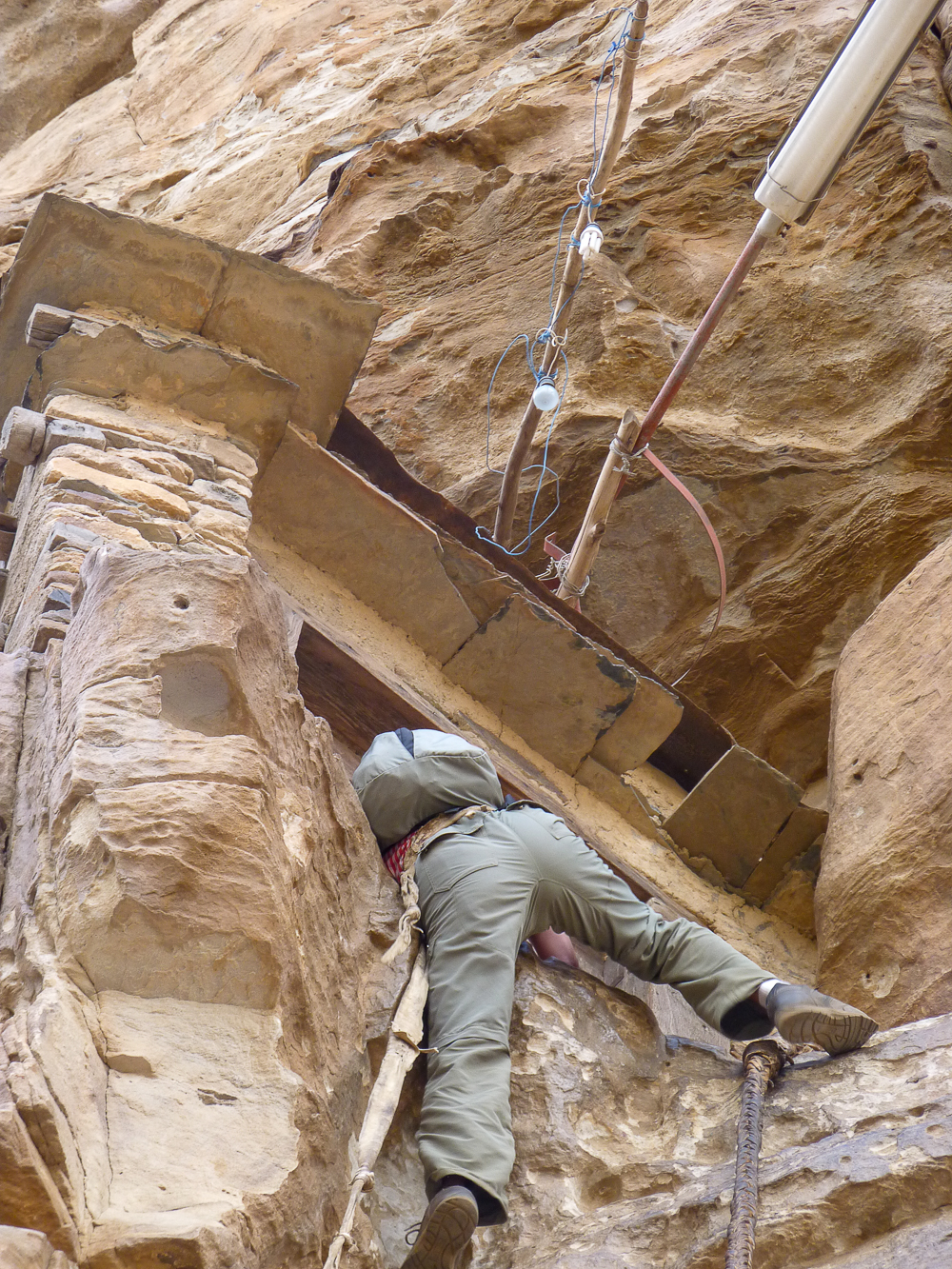 Well, even if you take the serpent story, depicted in so much Ethiopian art, at face value, how did the monk get all the building materials to make a church? And if you don’t — how did the first people get up and down? It’s a smooth wall with practically no way of ascending without a rope. (We watched as monks sauntered up and down the rope without the harness and without the heaving struggle I went through.) Why’d they decide to build a monastery way up there on top of an already isolated mountain anyway?