Good, clean, and fair food for all. Little by little, this lesson is being taught in an increasing number of schools throughout Kenya, thanks to the initiatives of Slow Food International (also here) and their 10000 Gardens in Africa (also here) project. Food is a necessity, so why not also make it something accessible that enables people?

Again through my sister, I was connected to her friend and school colleague Samson, who happened to be working in the Thika area this past week, setting up new gardens. Since he was busy the first few days, he handed me off to his friend and slow food affiliate, Faith.

Faith is the founder and program manager of Go Economic Empowerment Programme (GEEP) Kenya, a small organisation aimed at helping orphans and vulnerable children around her community (in the Gatanga and Gatunya area, not far from the Ndakaini dam and the source of Nairobi’s water) in all aspects, from schooling to life skills to nutrition, by recruiting youth volunteers and also the help of other community organisations. Heavily involved within her own community even prior to GEEP, she was introduced to the concept of slow food through a convivium, and eventually set up her own community garden to be used as an example for others to follow, tying it into her work with GEEP. 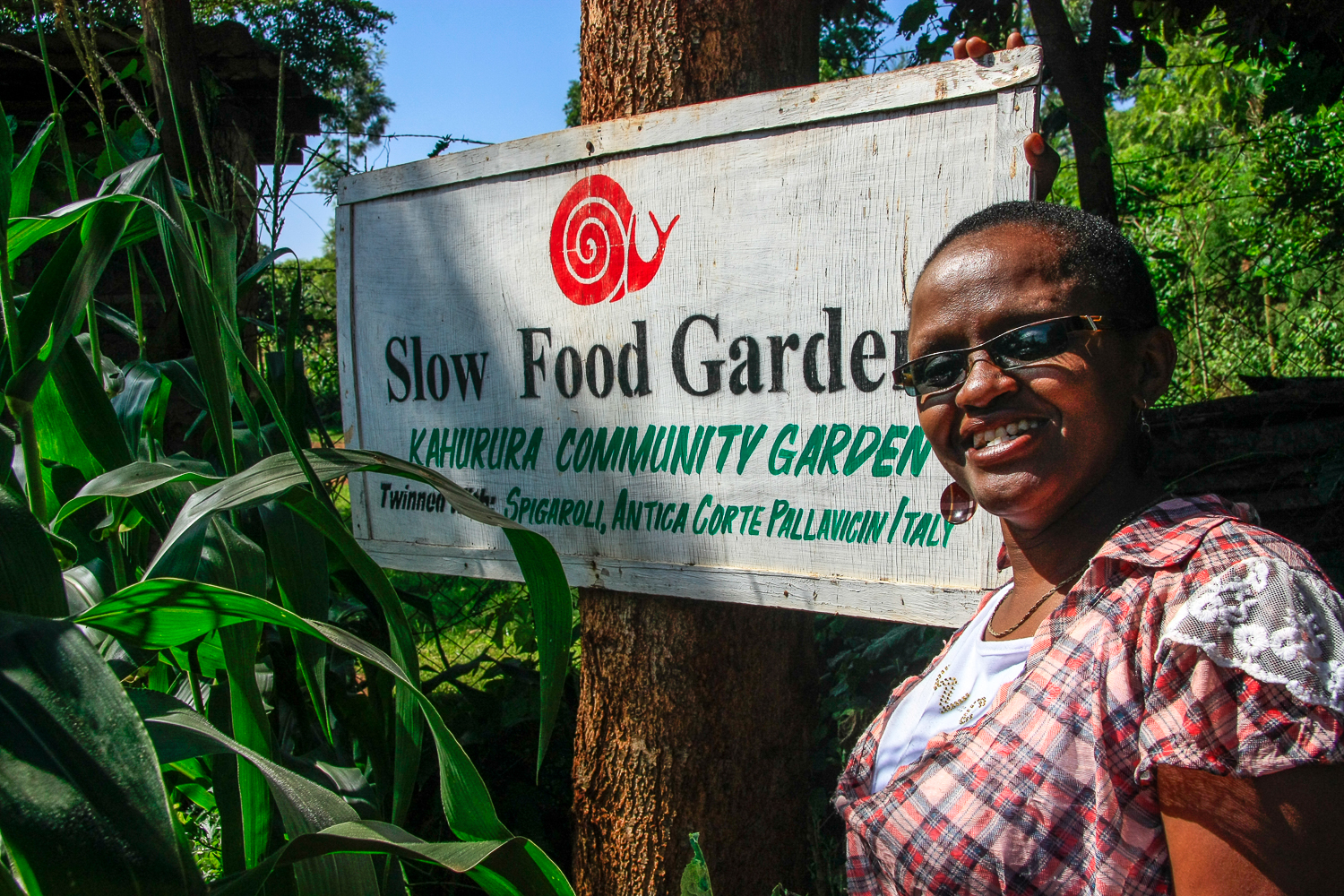 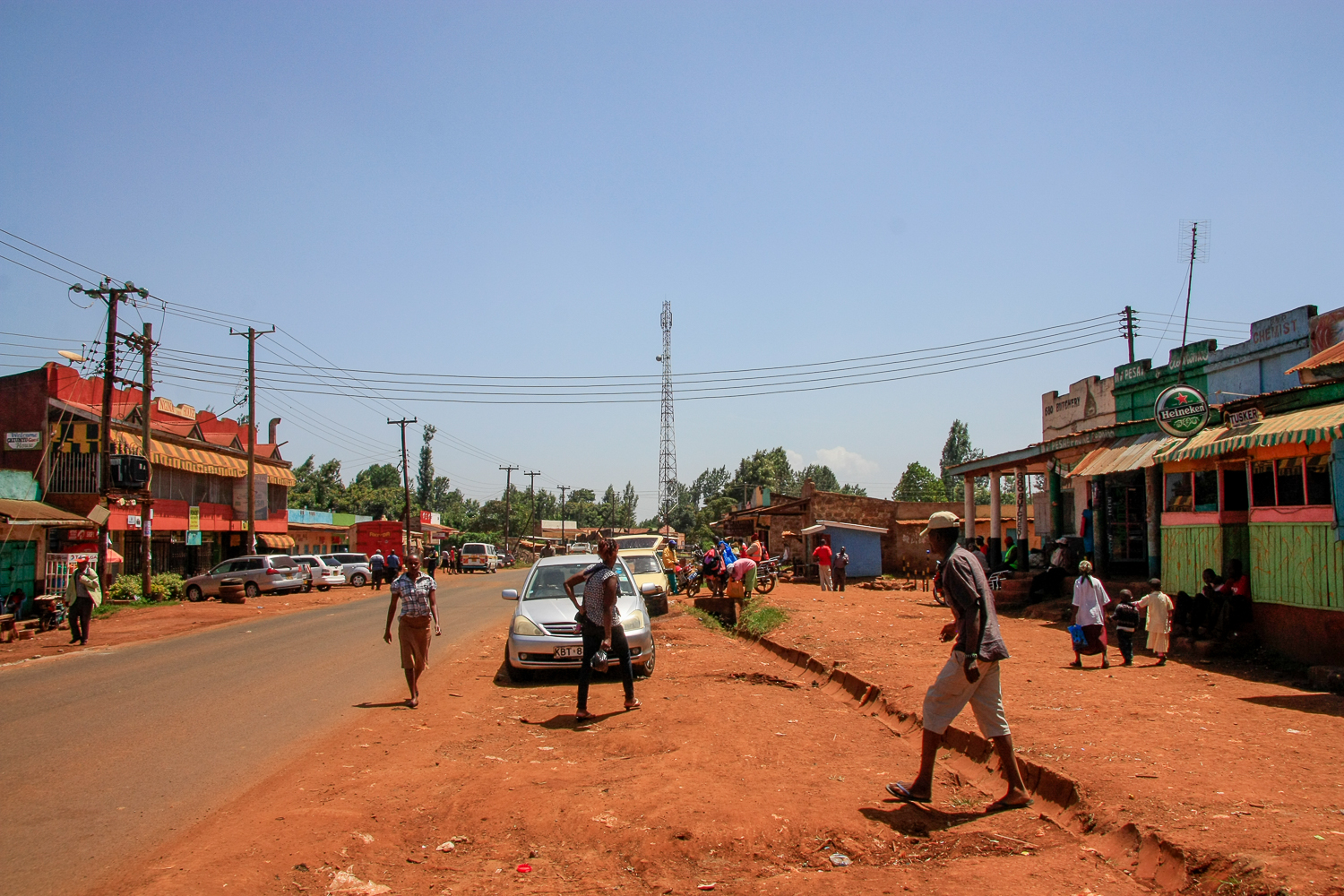 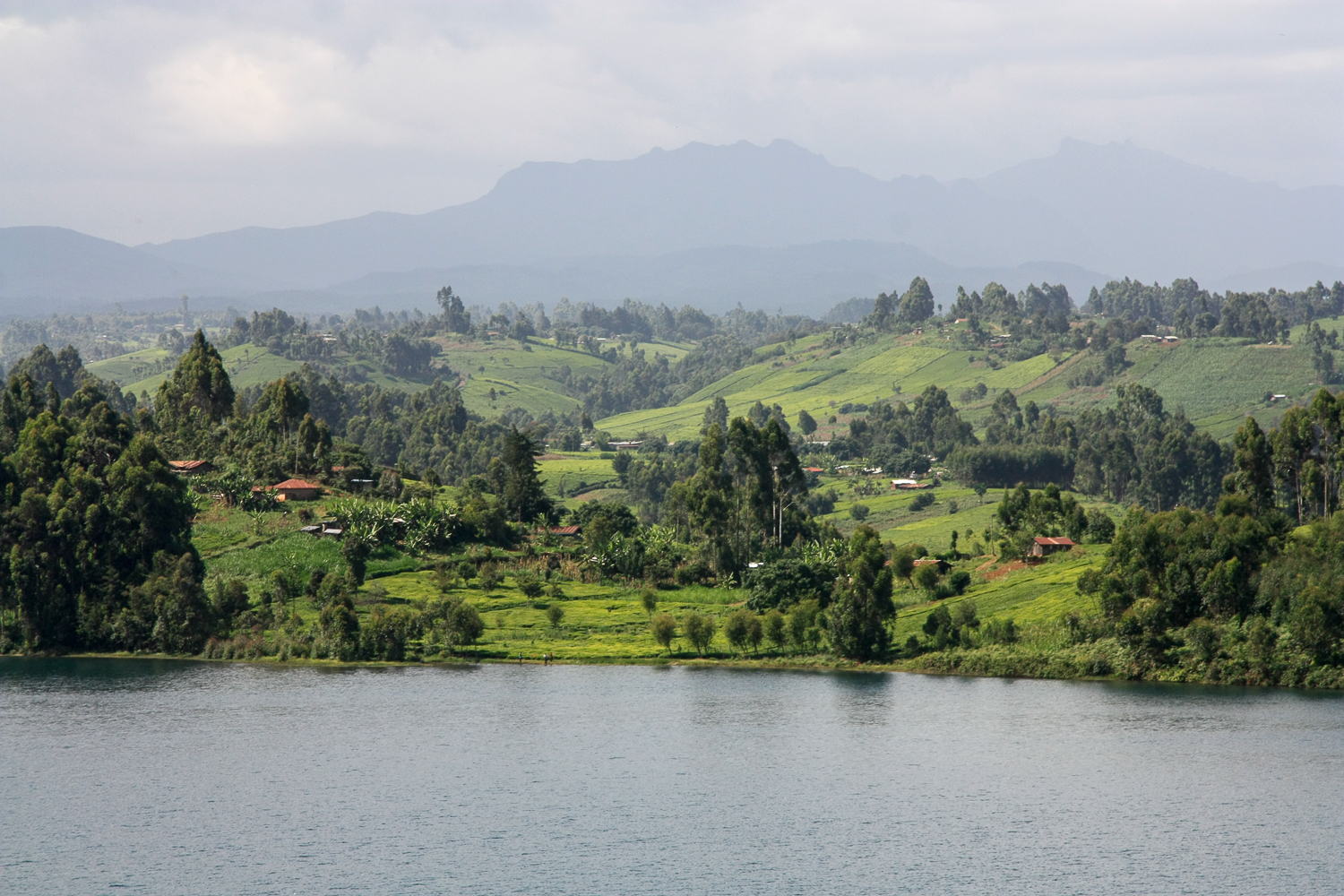 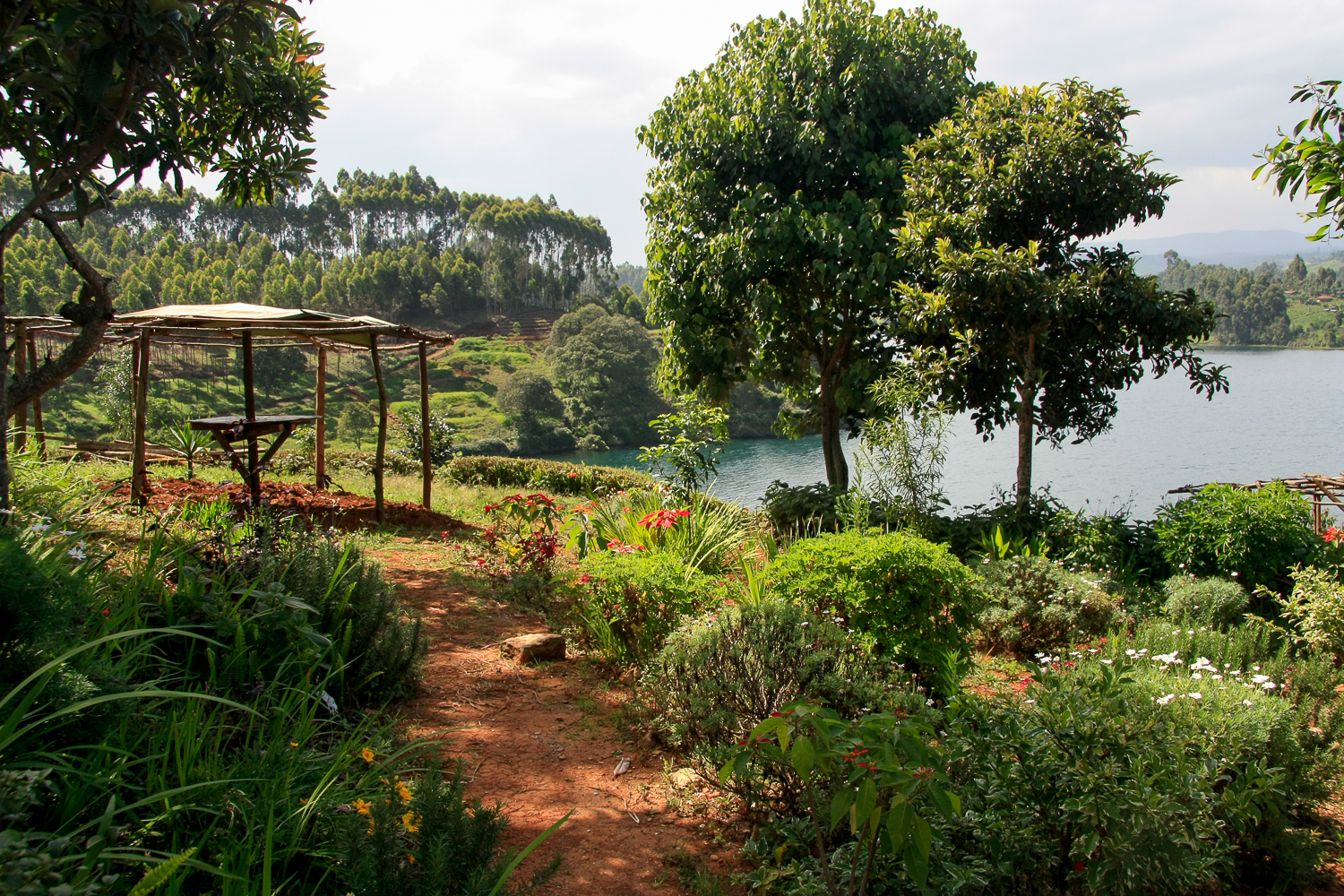 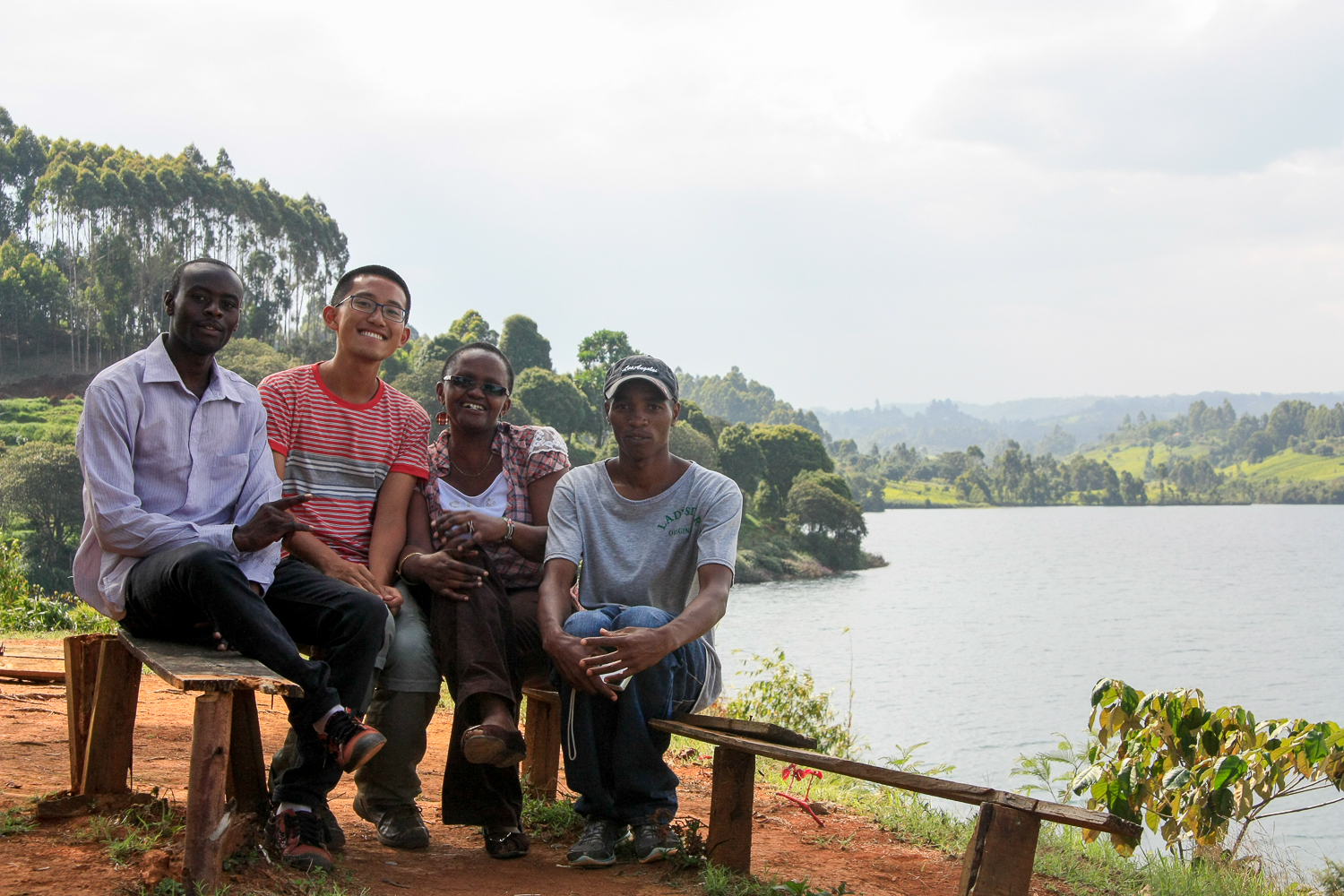 The philosophy behind slow food is to work with communities to encourage biodiversity through producing and consuming indigenous foods. Kenya’s going through a fast food revolution — it’s been incredibly hard to *not* eat fried chicken, nyama choma (barbecued meat), and fries every day since it’s the most widely available, and an increasing amount of processed food is seeping into the national diet. Produce that is grown is often of the industrial variety, grafted to grow fast or larger yields but insensitive to the soil of each specific locale in Kenya’s — and Africa’s — diverse array of landscapes. It’s not good for the ground, often not drought-resistant or well-adapted to the local climate, and it’s not as great for the diet either. Traditional medicine dictates that people should eat foods native to their area to treat ailments, so why not go a step further and just have them eat native foods in the first place? You know exactly what the native food is and what’s gone into growing it, and that makes it good and sustainable.

It goes a step further than that. Faith walked me through her garden, full of indigenous foods like kale, terere (nightshade, used for cooking), cabbage, potatoes, eggplants, maize (with white bean vines twisting around it!), taro, pumpkins, avocadoes, macadamia trees and more — with crops rotated so as to reduce insects, disease, and fallow soil, while creating a resilient and diverse mini ecosystem, ensuring food security. There’s far more than enough for a healthy diet, and plenty left that can be sold in the marketplace. To prevent moisture loss, mulch is put on top of the soil, and depending on the needs of each plant, crops are either planted in a trench that pools water or a raised garden bed that prevents water stagnation. For those with space constraints, stuffing a canvas bag full of soil and a pillar of rocks in the middle (for better distribution during watering) creates a vertical “bag garden”, easily used to grow crops from the side of the bag. You could grow 60 stalks of kale on just one of them, and growing onions or perhaps peppers on the top can serve as a natural insecticide. No chemicals necessary. 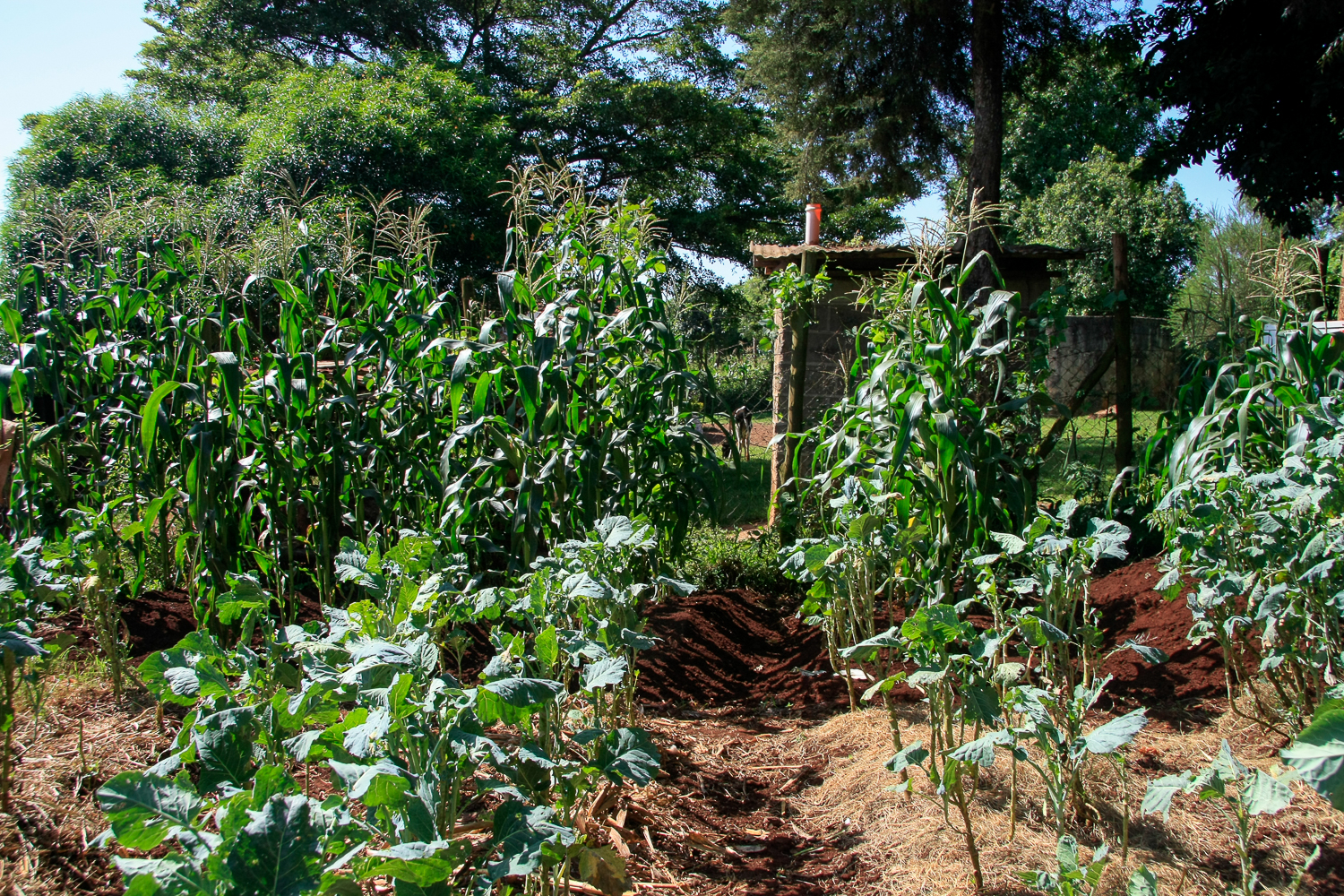 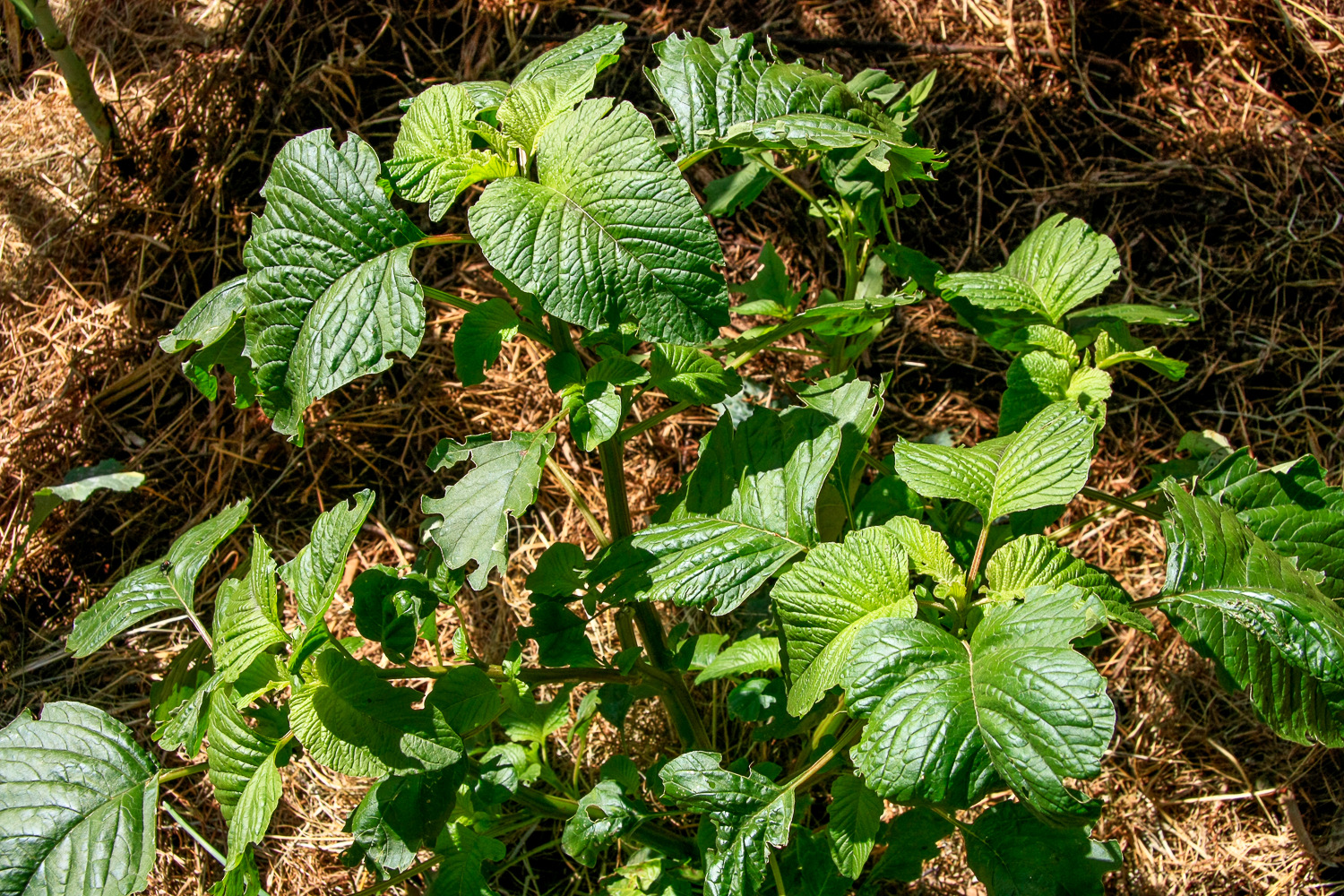 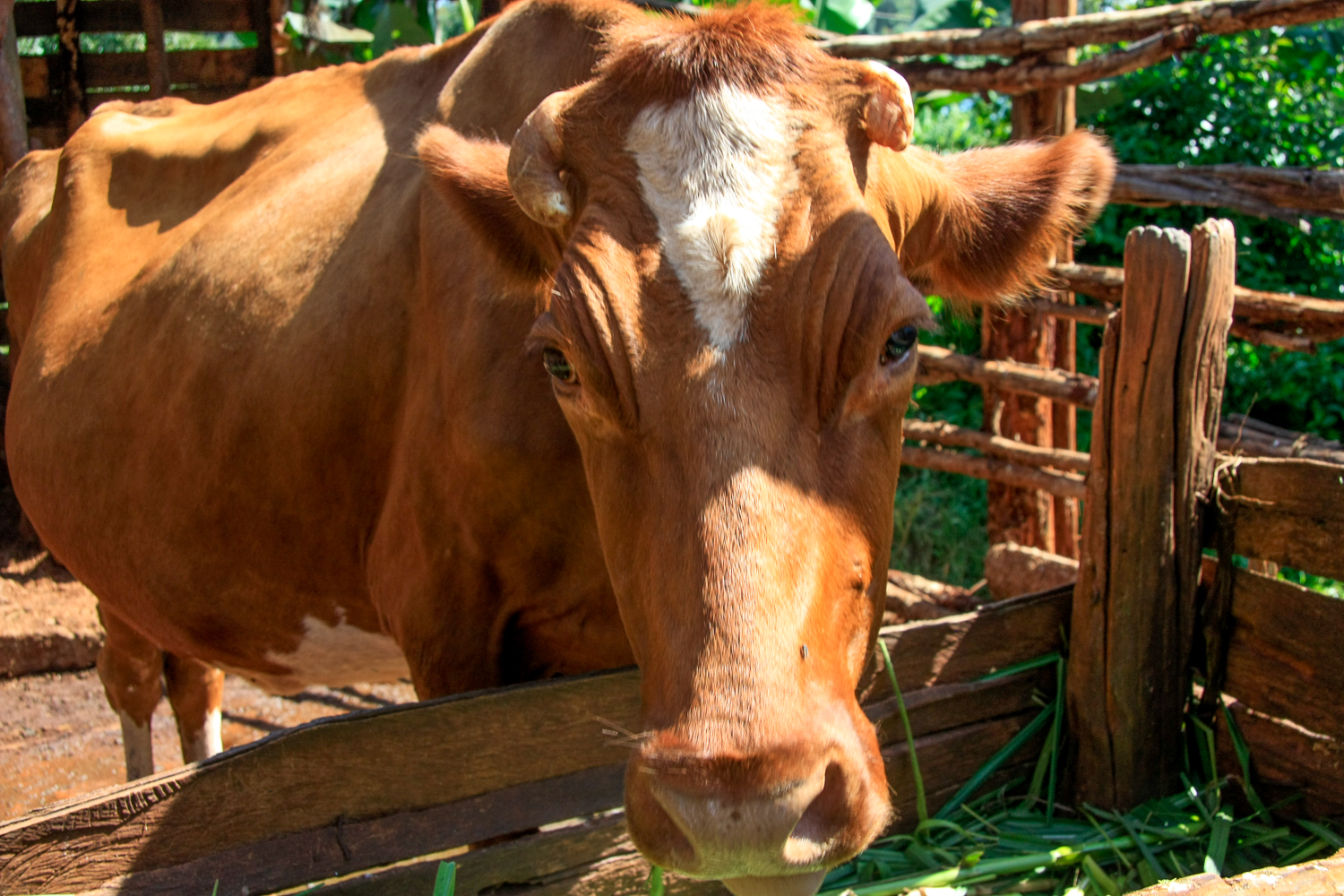 Over the next few days with Faith and Samson, I saw other examples of local ingenuity expanding beyond the examples of the community gardens. Elizabeth, a local who started her own one-acre garden after being inspired by Faith’s, couldn’t afford a water tank, but since her property was on a slope, she decided to improvise by digging a trench and lining it with polythene bags, creating massive storage for rainwater and runoff from her garden. She was also experimenting with growing orange and apple trees, and her new watermelon plant was doing remarkably well. Faith brought along two of her GEEP youth volunteers, Paul and Bensoh, who each had gardens of their own. As they also saw Elizabeth’s garden for the first time, they enthusiastically offered advice to each other on what could and couldn’t grow and what plants worked well together, and were quite impressed by the water storage system, along with seeing some plants grow quite successfully. Passionfruit grows on vines twisting around Elizabeth’s fence; papaya trees are overloaded with fruit, and curiously, a local… fruit? called a “sasa” that looks like a guava but tastes like a potato was also twisting along another fence. And in another man’s garden out near Kandara, a little jug of molasses hangs on a tree, attracting all male insects as a pheromone and significantly reducing the whole insect population. 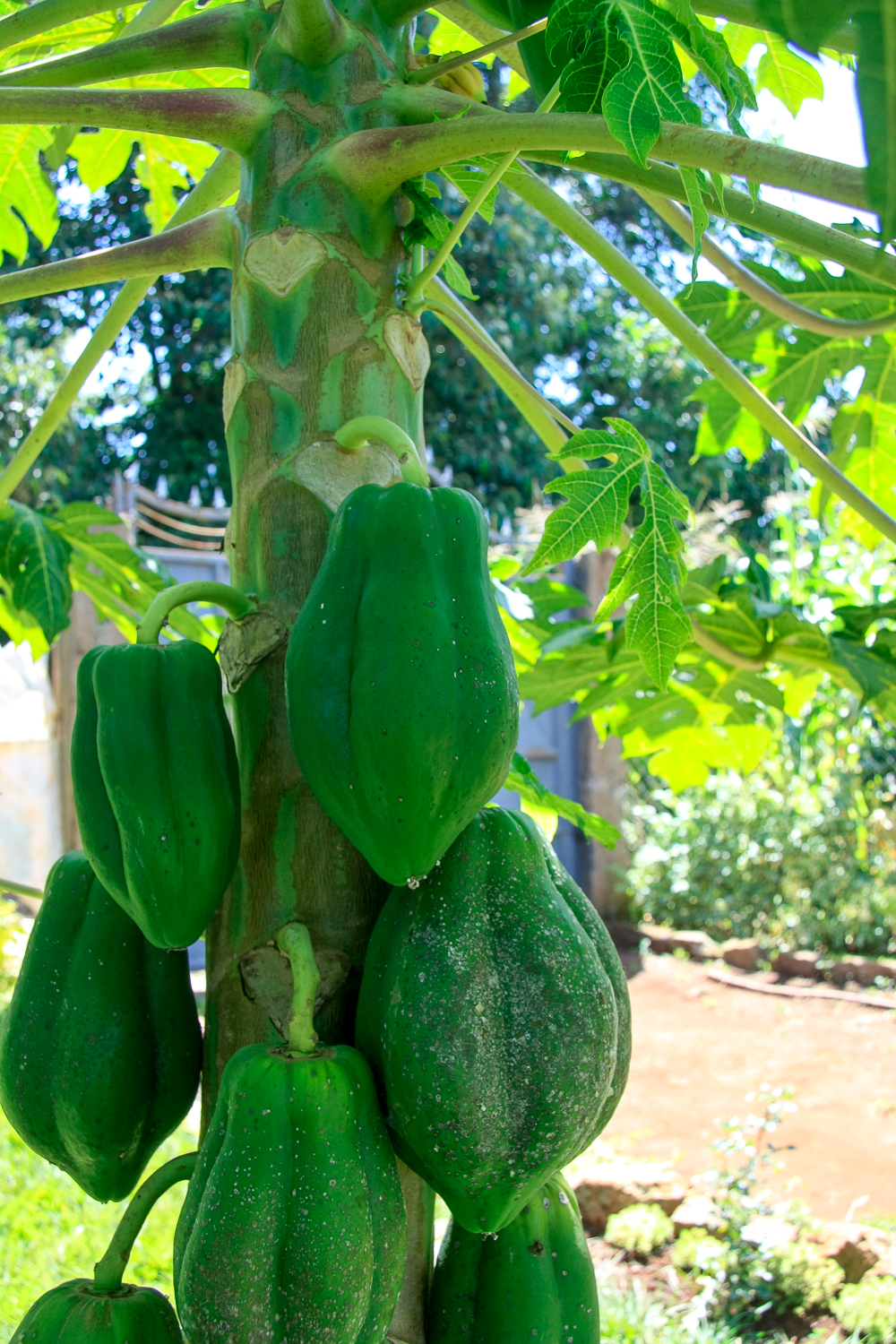 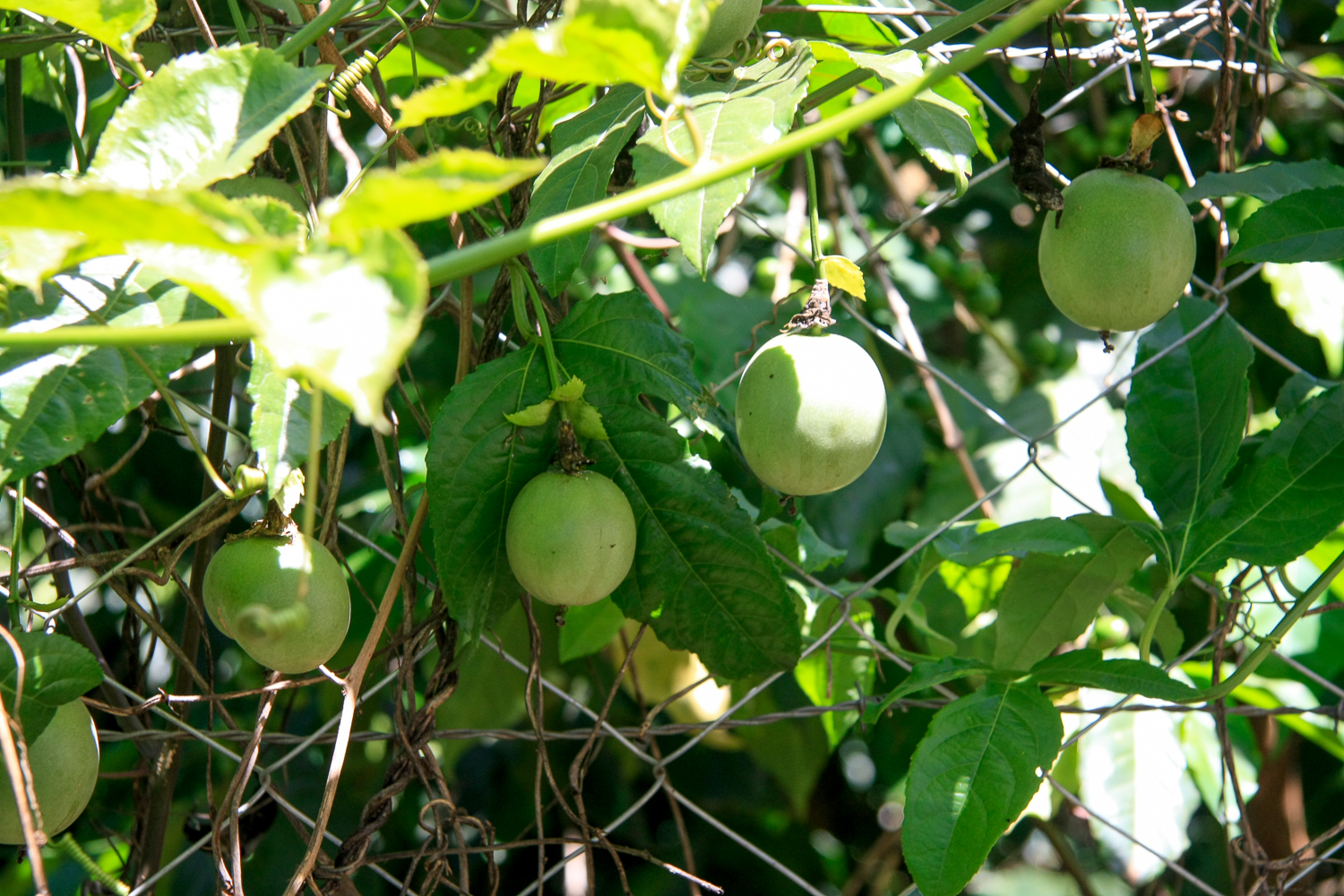 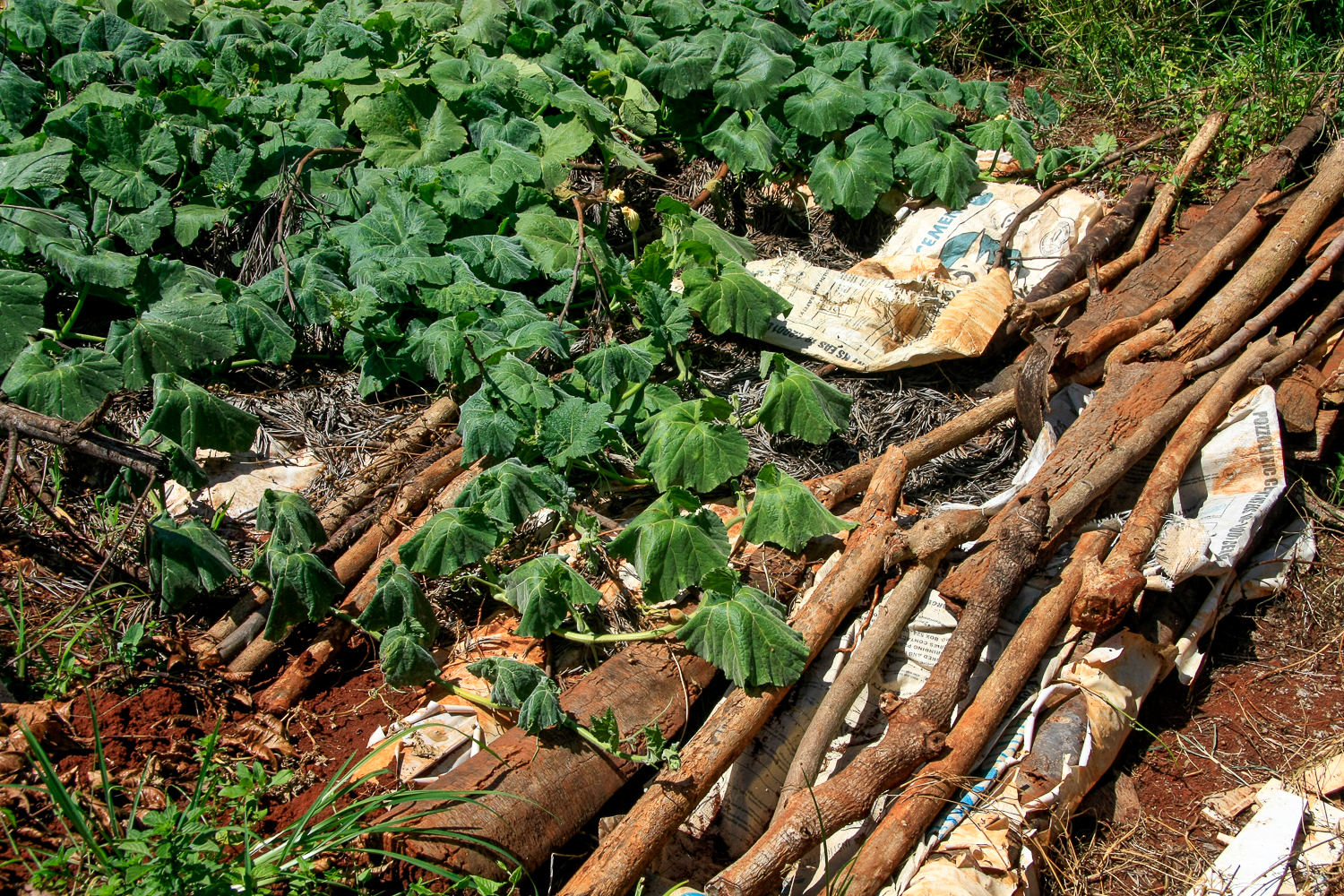 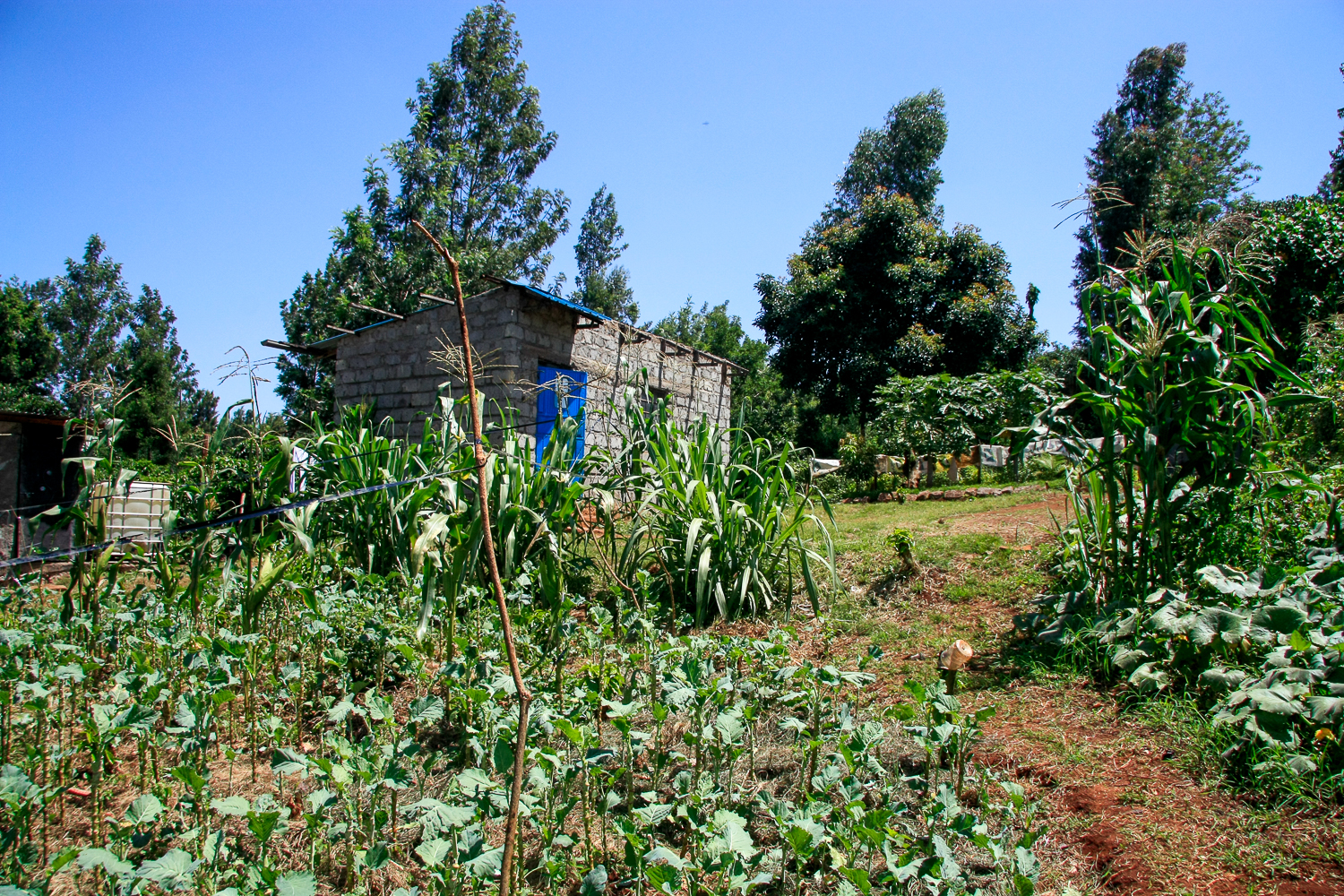 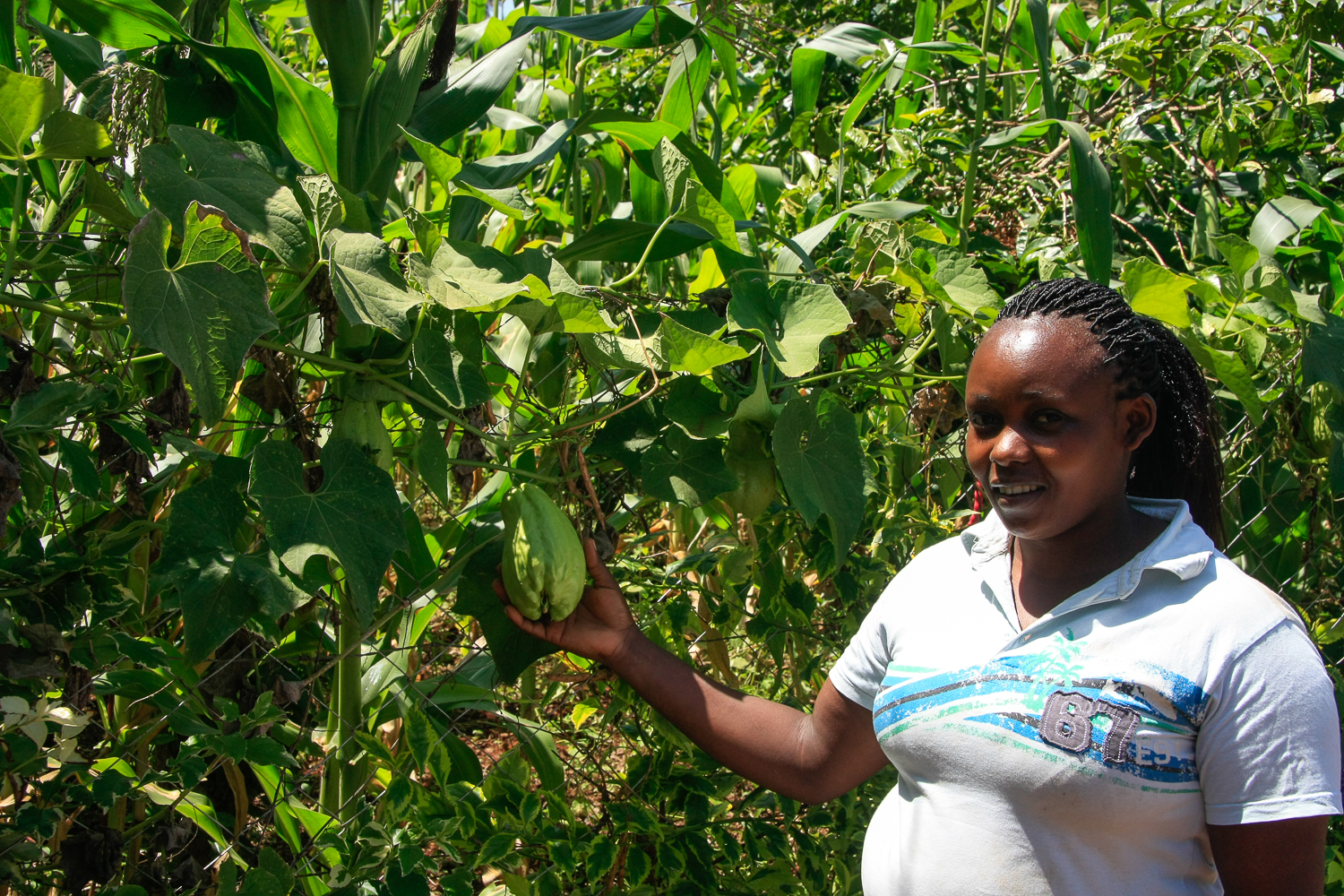 Elizabeth became such a productive grower that she longer has to go to the market to buy anything other than cooking oil — which she probably soon won’t need, after she grows a few more sunflowers. And after being unable to afford a university education despite taking his O-levels, Paul has been making a comfortable living with his garden (which also feeds his small family), using the proceeds of his produce sales to buy the materials to build his own house and livestock. That livestock — cows, goats — is also fed by his garden, and the manure used as fertiliser. And Faith has been doing and also advocating for “value addition” — using produce and herbs to make soaps, jams, juice, preserves, and whatnot, providing further income.

I visited a couple of schools as well, where students of grades 5 or above have a dedicated class to slow food and agriculture — actually seems quite fun! The students learn how to garden and prepare food (or cakes for celebration!) from the produce they grow, and can take the skills and knowledge back to their families, who might feel encouraged to start their own slow food gardens. What the 10000 Gardens in Africa initiative does — in addition to encouraging these classes — is to have local leaders for each convivium spread the word using an easily-replicable example garden, and to boost locals who are inspired to start by providing them locally-bought tools such as shovels, rakes, water tanks (or perhaps polythene, now that word has spread about Elizabeth’s inexpensive solution), wheelbarrows, and the like. Schools get this stuff too — although giving machetes to kids would probably never fly in North America, it works here! Seeds are also provided, though often after one garden has been started in a village, seeds from that garden can be passed around for free. Slow Food International isn’t an NGO, but a non-profit funded under foreign aid and international development by the Italian government and the EU — they work more by creating a network of locally-run initiatives, making sure that the locals themselves take ownership of the gardens, and giving them a little boost if needed. It’s also not an education campaign with Italians telling prospective African gardeners what to do, but African communities all over the continent working to better themselves under the slow food philosophy (often brought back by students from the school Elaine and Samson went to) and local knowledge. After all, a slow food garden isn’t owned by Slow Food, but by the farmer. They get what they put into it, and Slow Food/10000 Gardens doesn’t take anything. 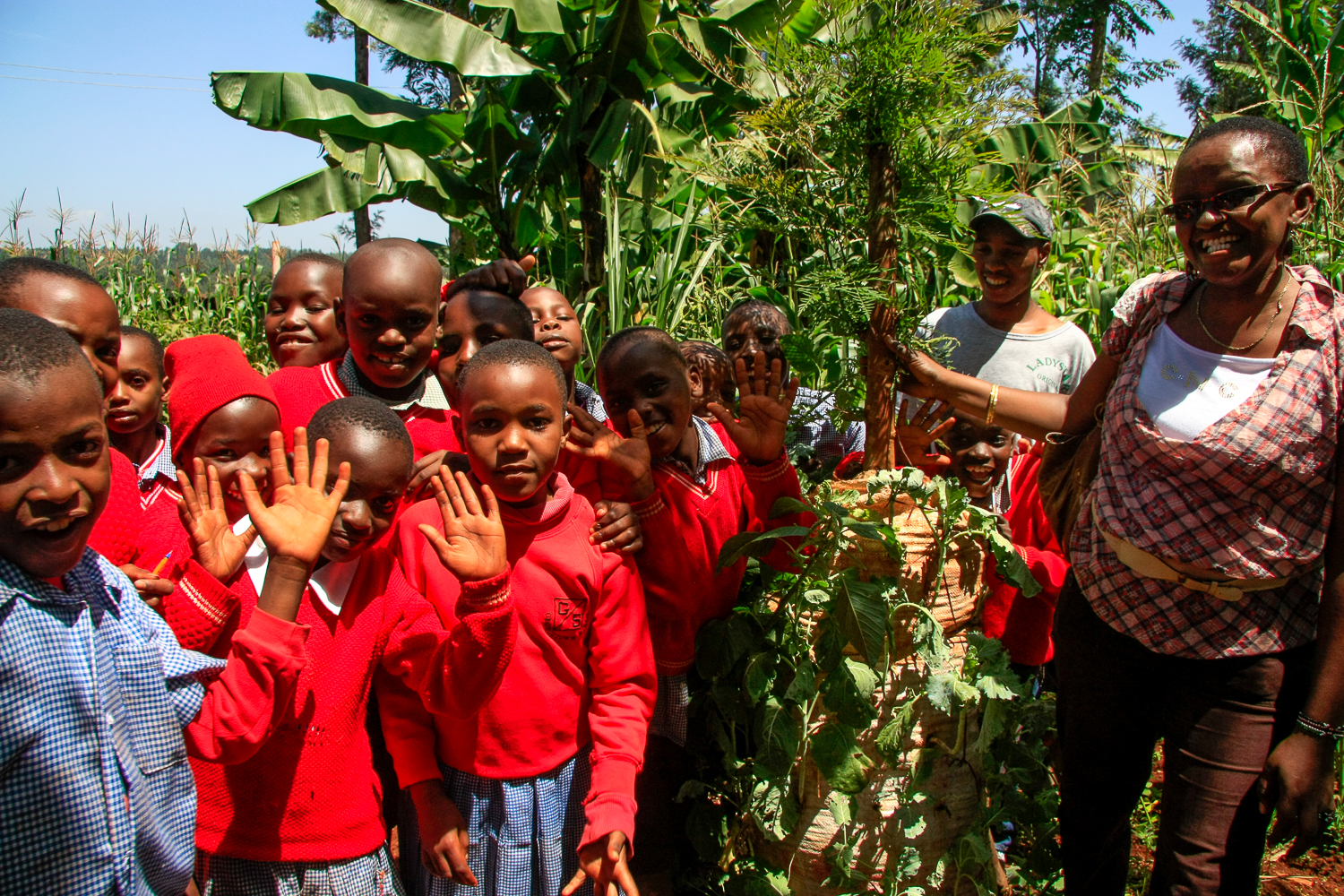 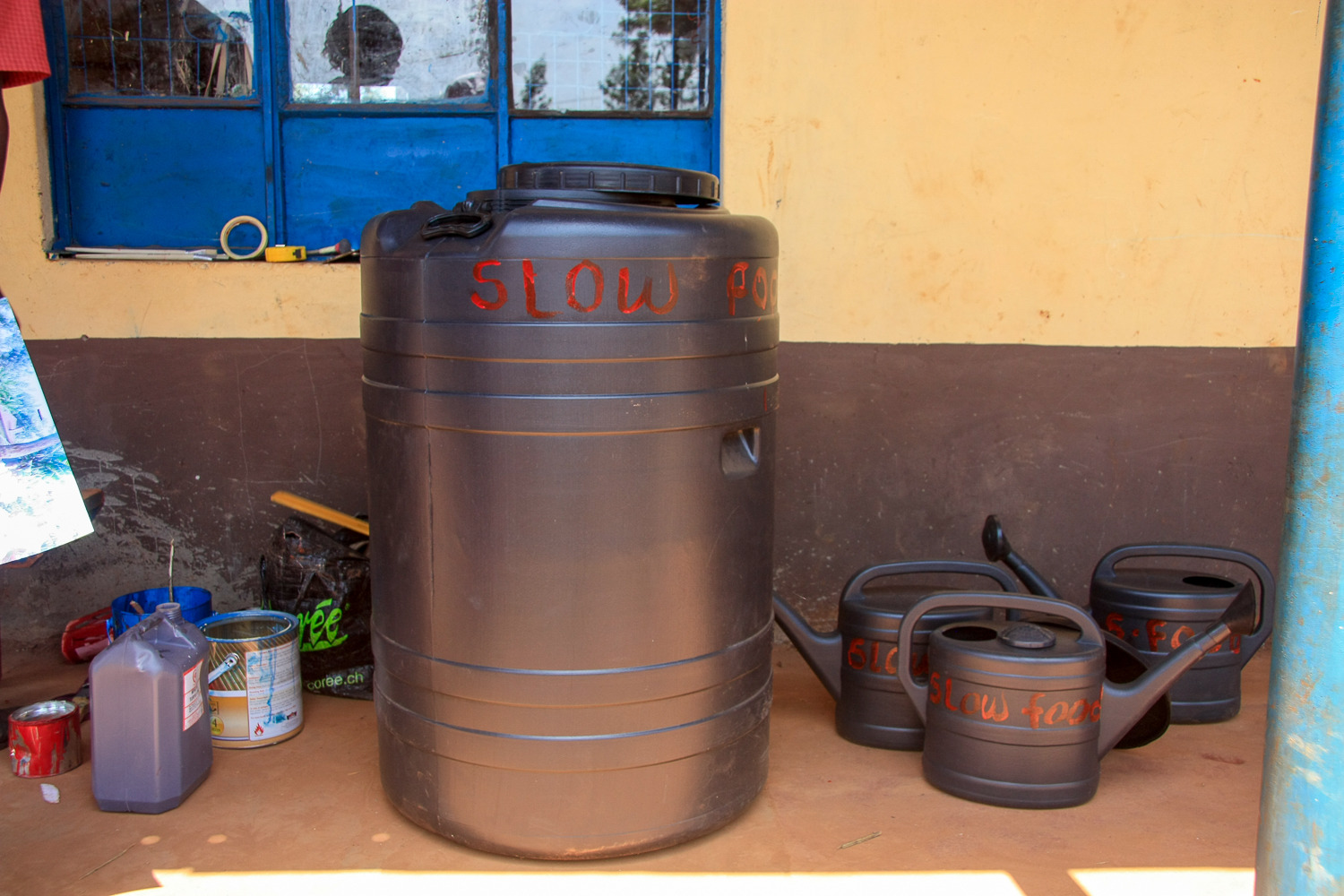 I spent an afternoon holding onto the back of a pickup truck with Samson and the convivium leaders in Kandara, distributing tools for new gardens. People were visibly excited receiving the tools, ready to get to work even though seeds weren’t distributed yet. Samson gave one community, looking to diversify their currently maize-only garden, a few tips on how and where to start some garden beds while they wait for the seeds, and they listened receptively with followup questions. This clearly isn’t just a Slow Food project to them, it’s *their* project and they seem clearly willing to put all the time and effort necessary for it to succeed. And this program in general has really taken off: 1000 slow food gardens (the original goal) were established throughout Africa in just two years, and so the new goal is an extra digit. 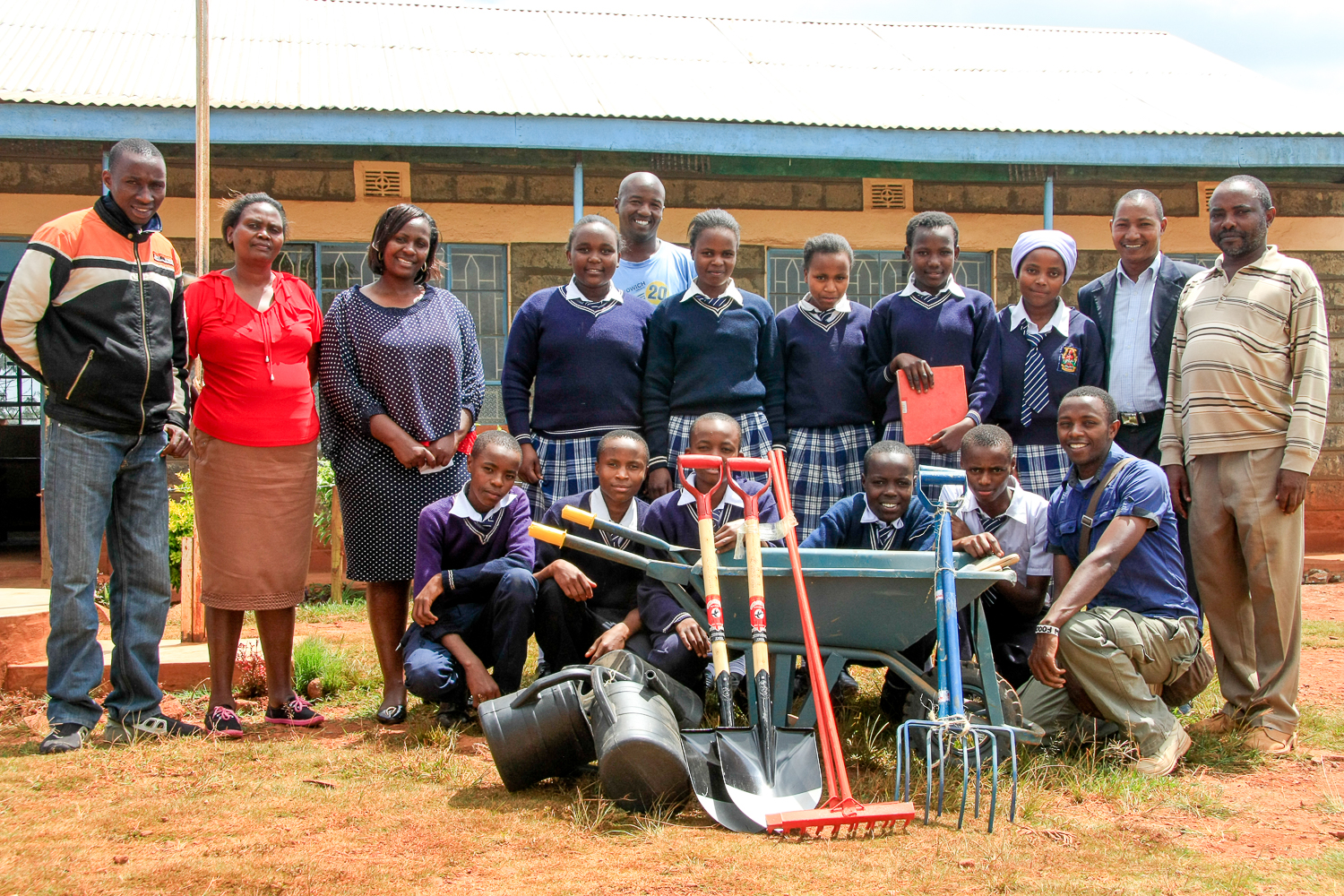 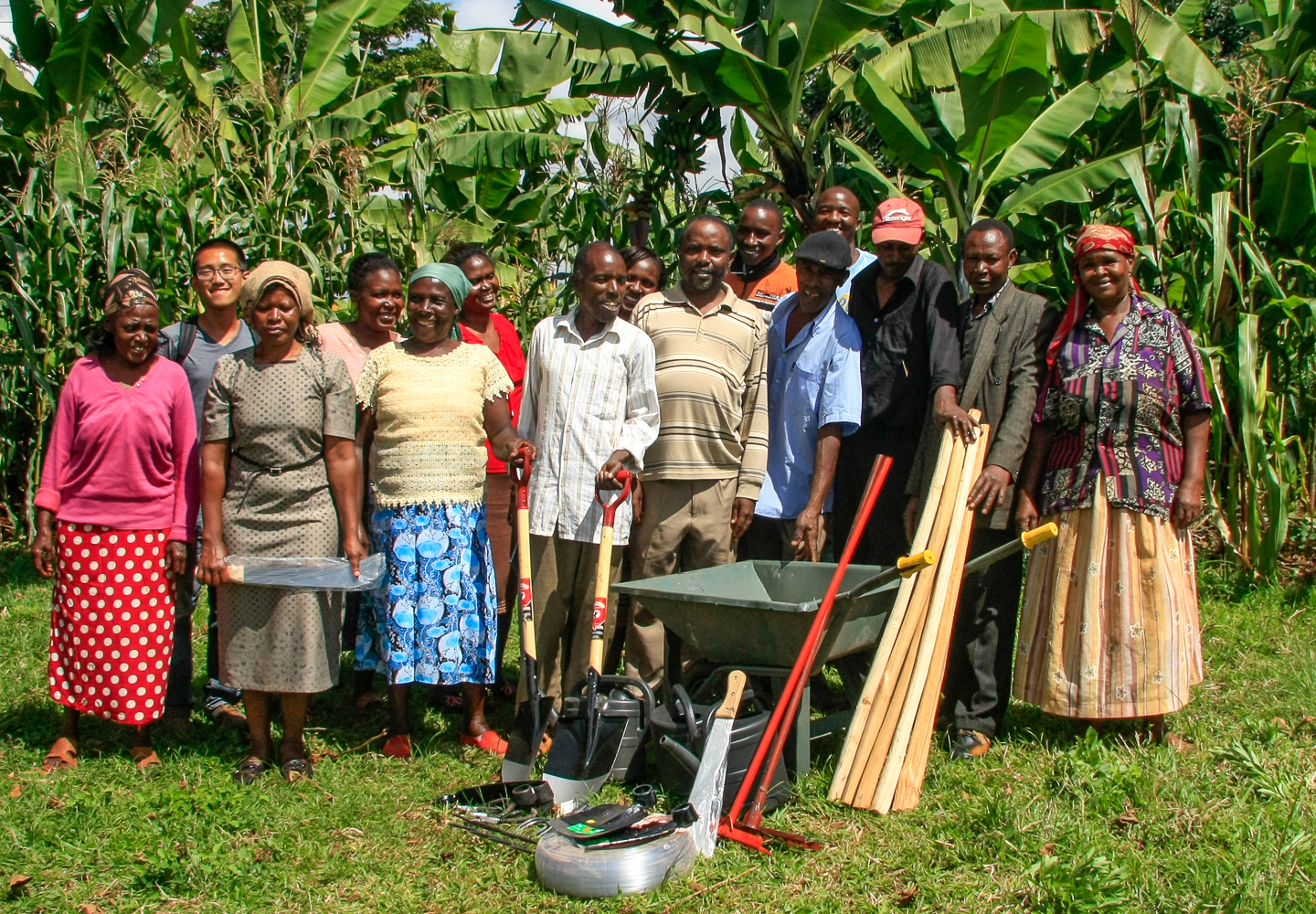 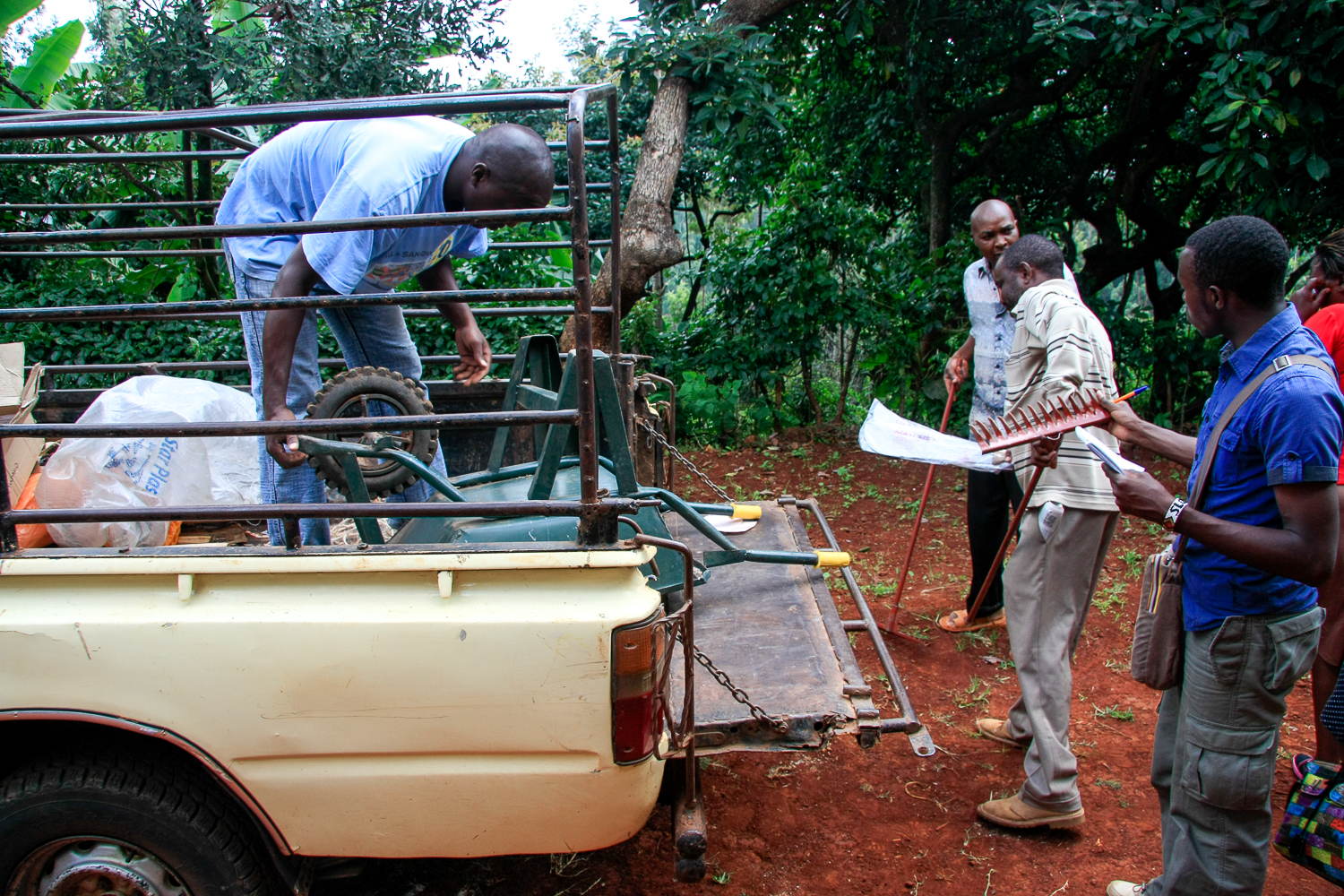 Knowing what goes into your food is important, and often something I overlook. It’s crucial for some — one man we met actually needed to grow everything himself because he was allergic to chemicals. Not only that, but why consume something from far away when you can get it from your backyard? And it’s also something marketable, even in Kenya, the world’s third-largest tea producer and 21st-largest coffee producer. Samson’s friend Alfred took me over to a large coffee farm in Nyeri for a day, where he was starting a job as a coffee distributor. Despite being a major coffee exporter, Kenyans have been drinking Nescafe instant coffee imported from elsewhere, with the good exported stuff often not available; attitudes are beginning to change and people are looking for something high quality and local (slow food-certified or not, it’s something people want). Amazingly enough, this coffee farm has never sold roasted coffee, which is far more lucrative than the green coffee beans they sell off to vendors (Starbucks being one of them), and some of their employees don’t even drink coffee. They don’t even have a working drip machine like the ones you see in offices — we had to improvise. We had a fun afternoon experimenting with potential blends they could sell, roasting coffee beans to light, medium, dark, and burnt, and mixing them together, grinding them to various degrees of fineness, ripping up coffee pods and stuffing our blends in there, then jamming the inconsistently-stuffed pods into a retail-grade espresso machine they just bought but didn’t know how to use. Acidity, astringency (puckering), persistence, bitterness, and thickness all changed depending on how roasted the very same beans were, and it was fascinating to pick and choose the best aspects of each roast to make a blend that contained the perfect amount of each aspect. Now for them to just get a working coffee machine! 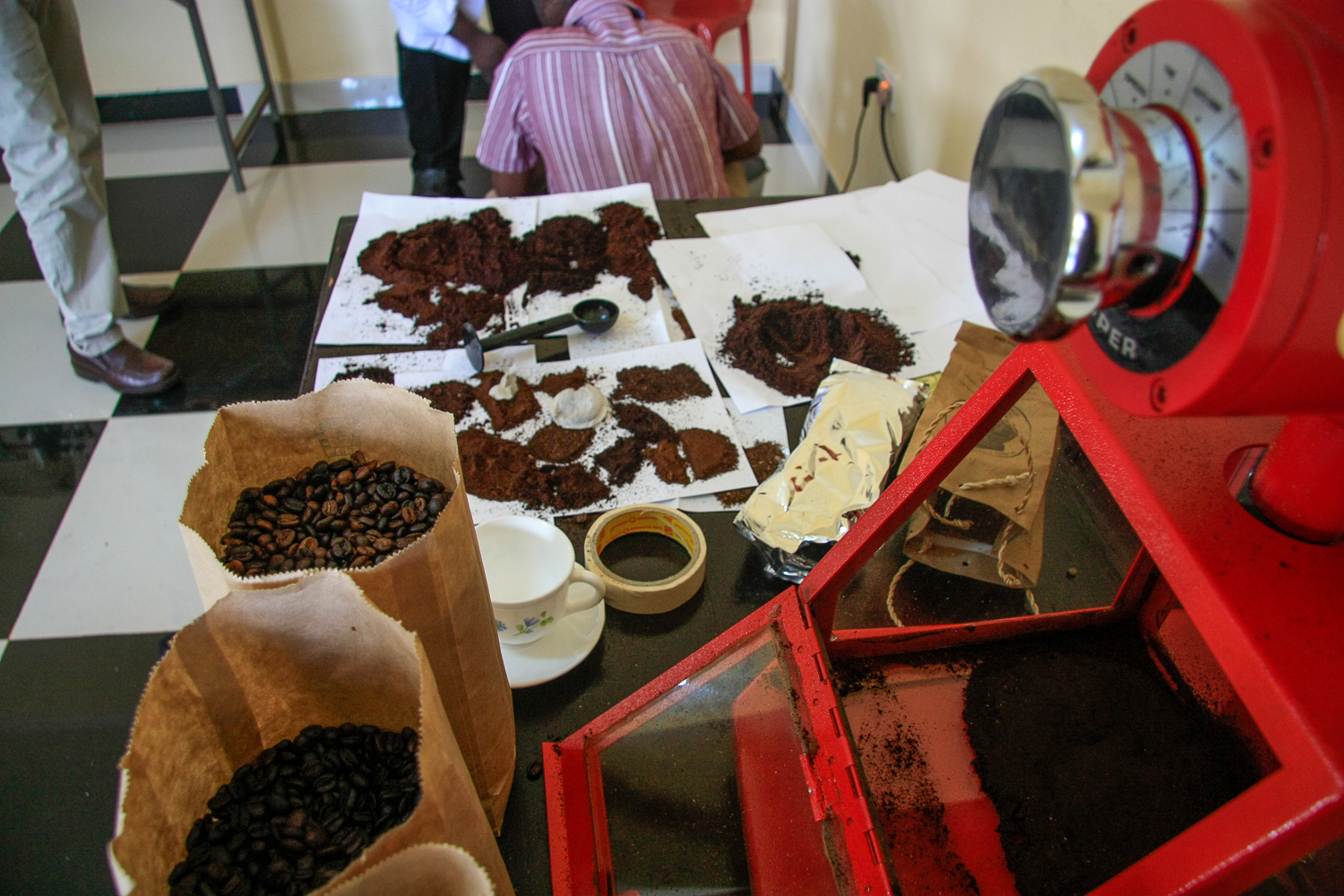 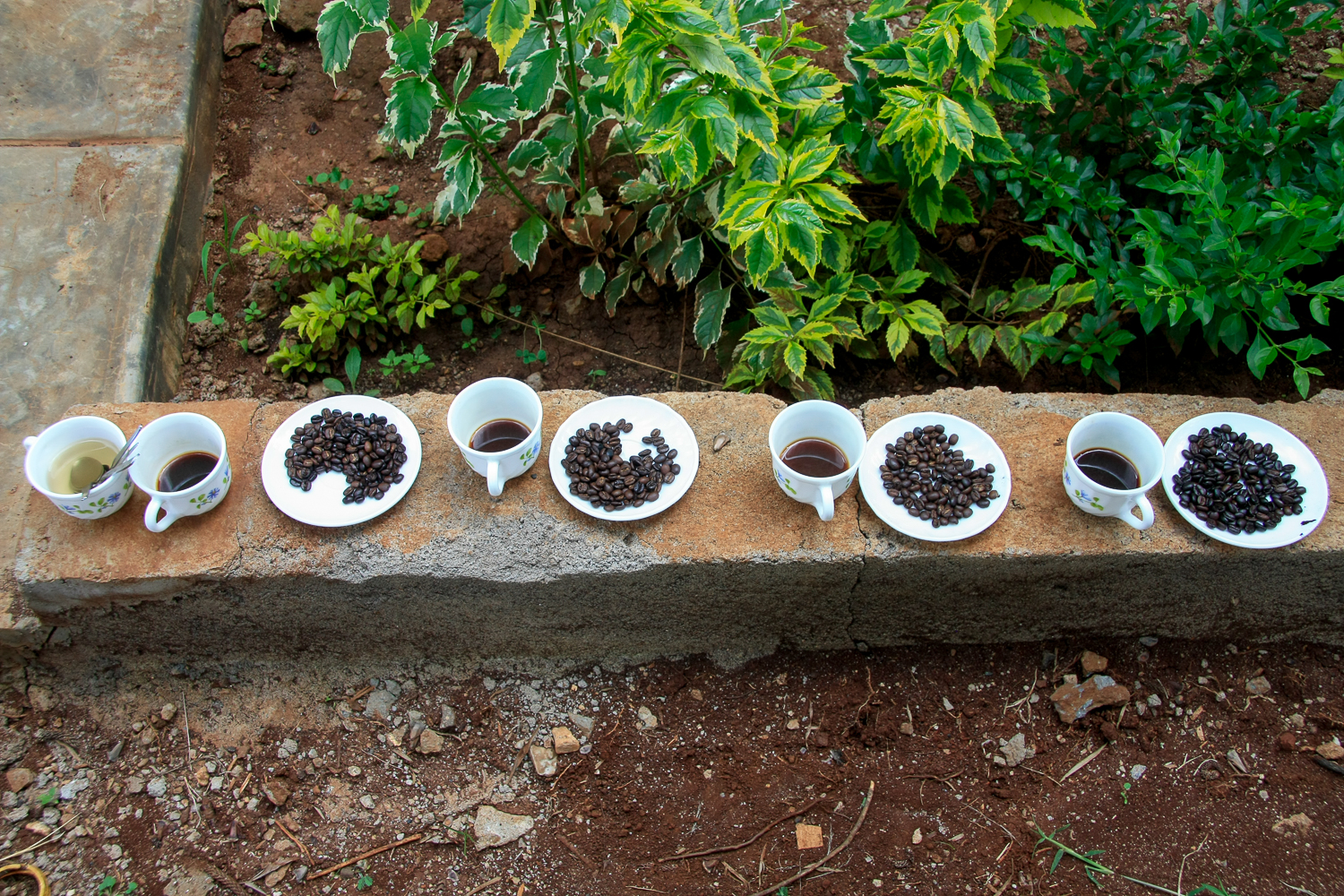 I followed Samson all the way up to Meru, in the shadow of Mt. Kenya, where we spent two days with Italian NGO workers and volunteers associated with agriculture and slow food — two delicious, filling days of making Italian recipes with local ingredients and having the stereotypical four-hour four-course meal that lasts practically until the next meal time. Crostinis — filled with slow food-certified local mango jam! Local cheese, onions, and potatoes into a crisp pancake that I can’t remember the name of! Red wine — imported from Chile! (Okay, fine.) Mmmm. 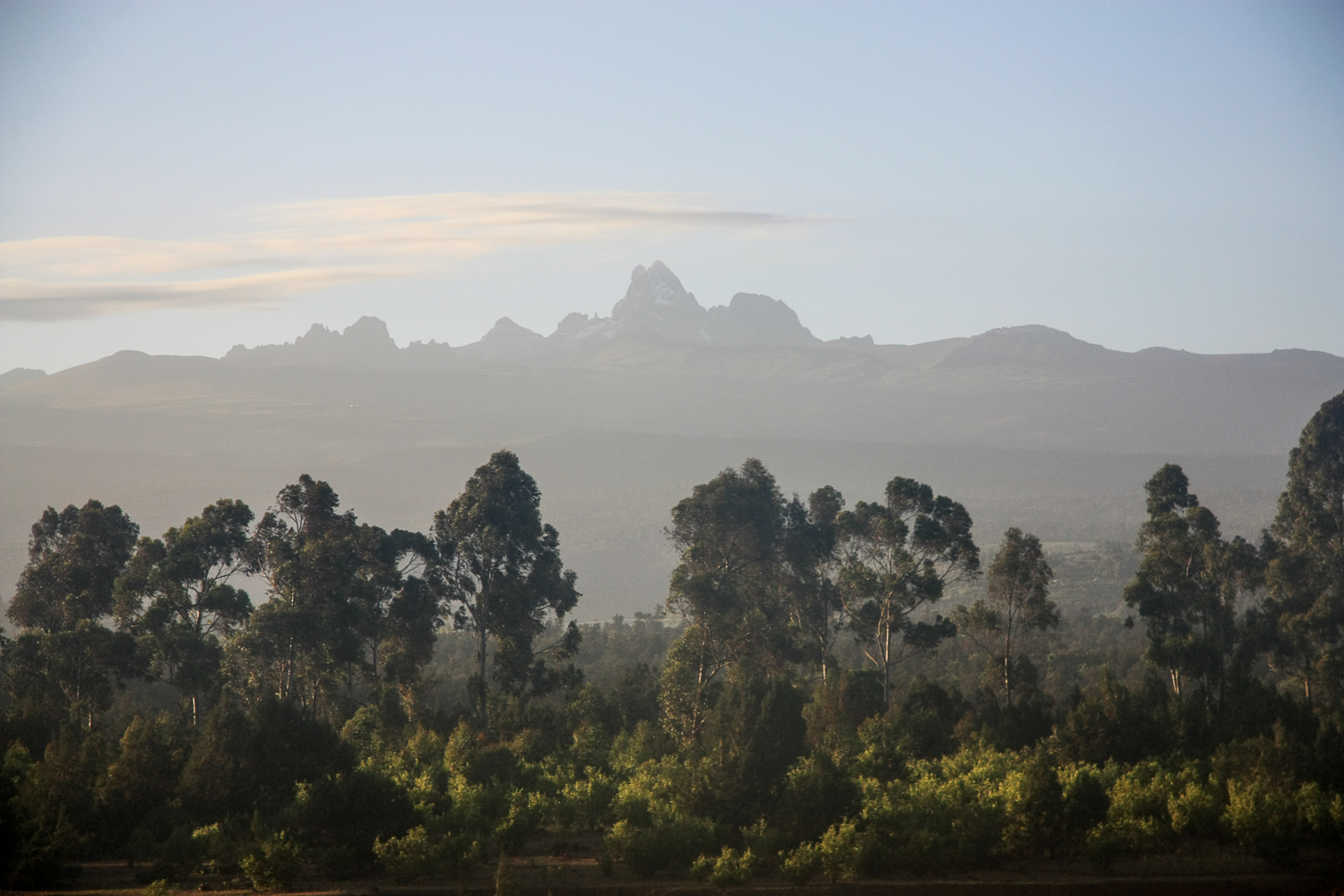 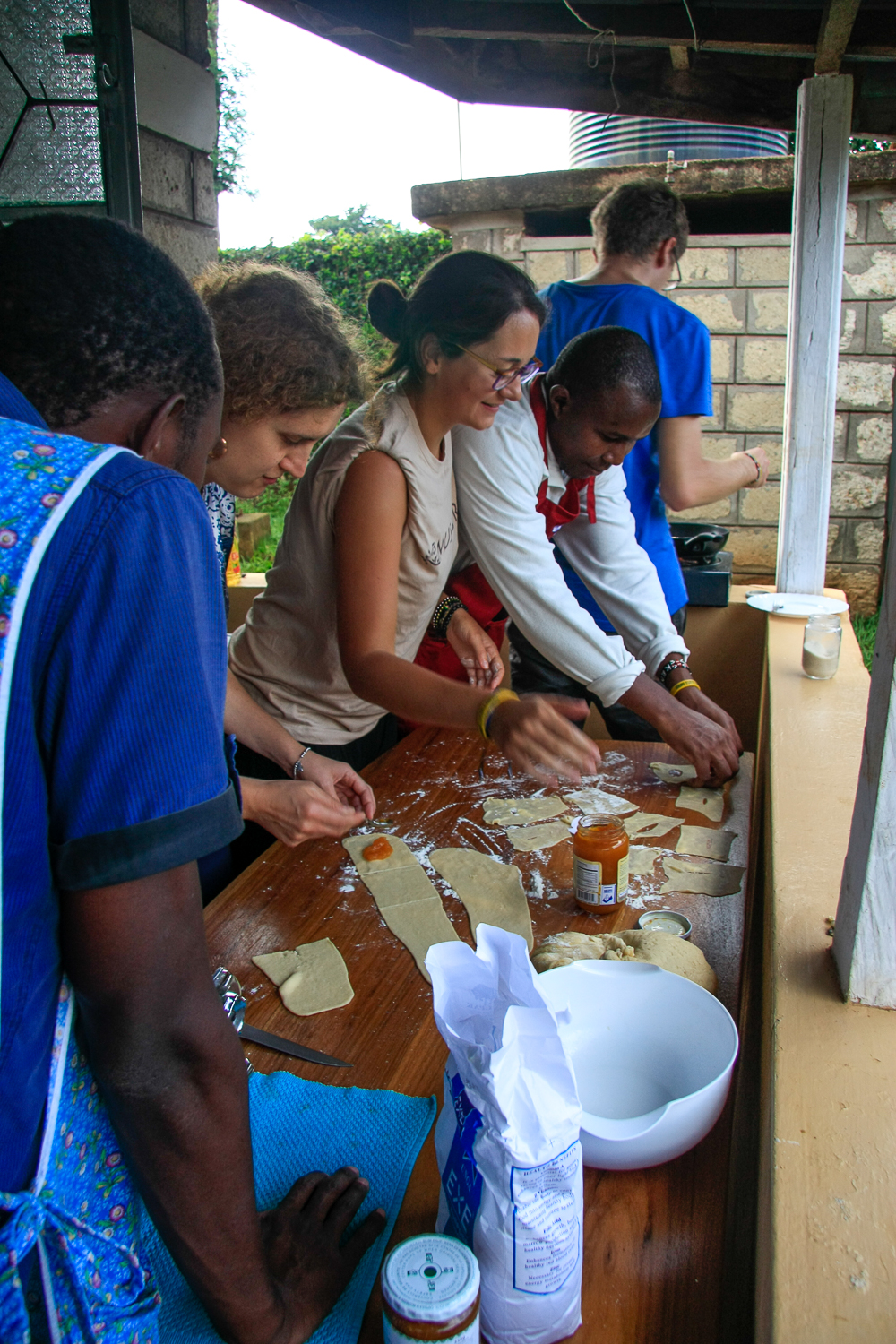 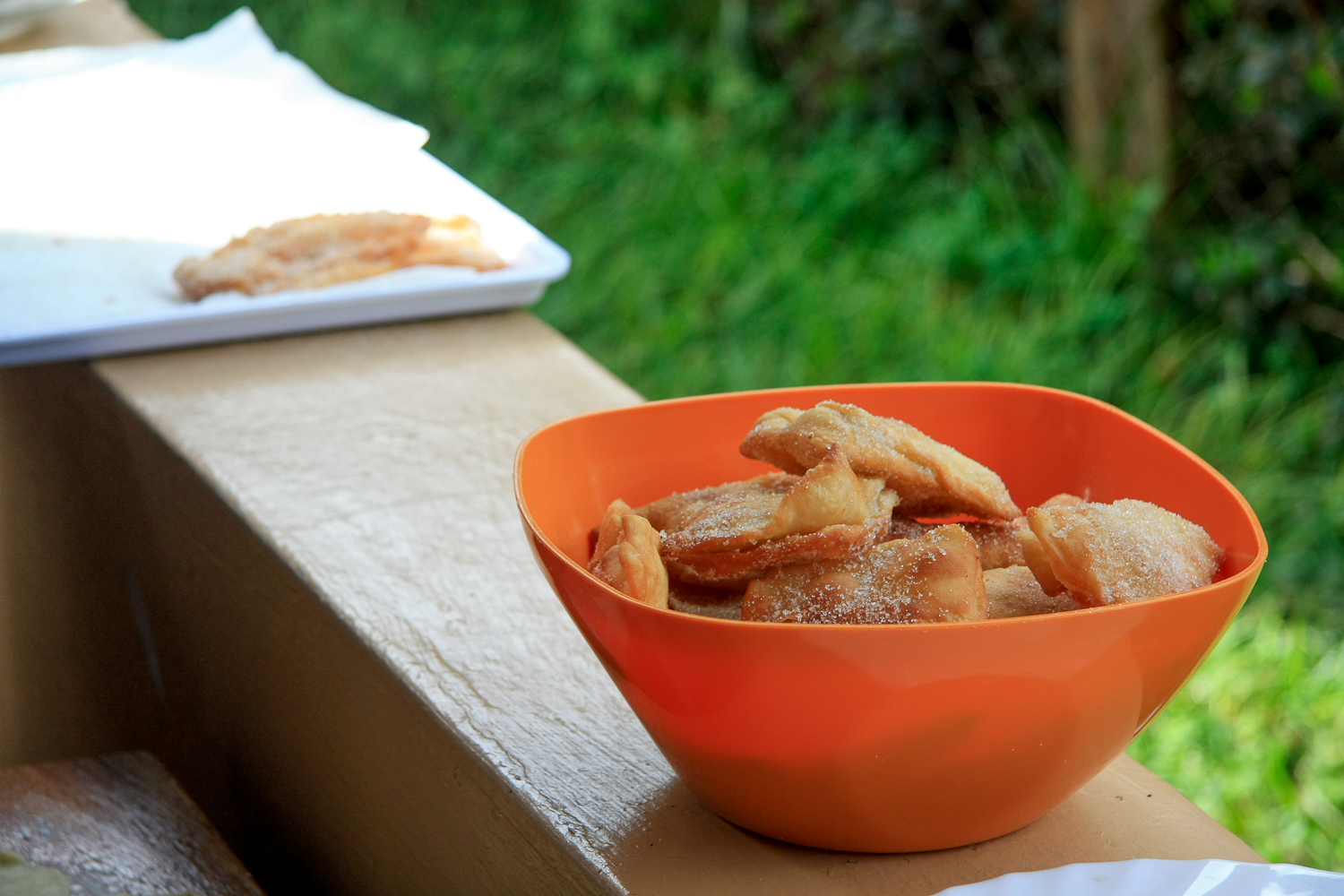 My last two days in Kenya were in Nakuru, where Samson is normally based. In between bouts of hanging out with baboons at the entrance of the national park and walking the edge of the beautiful Menengai Crater, full of agriculture and local produce but also of farmers I talked to that were concerned about their own food security, it was yet another struggle to find something in town other than fried chicken to eat. There’s still a long way to go. 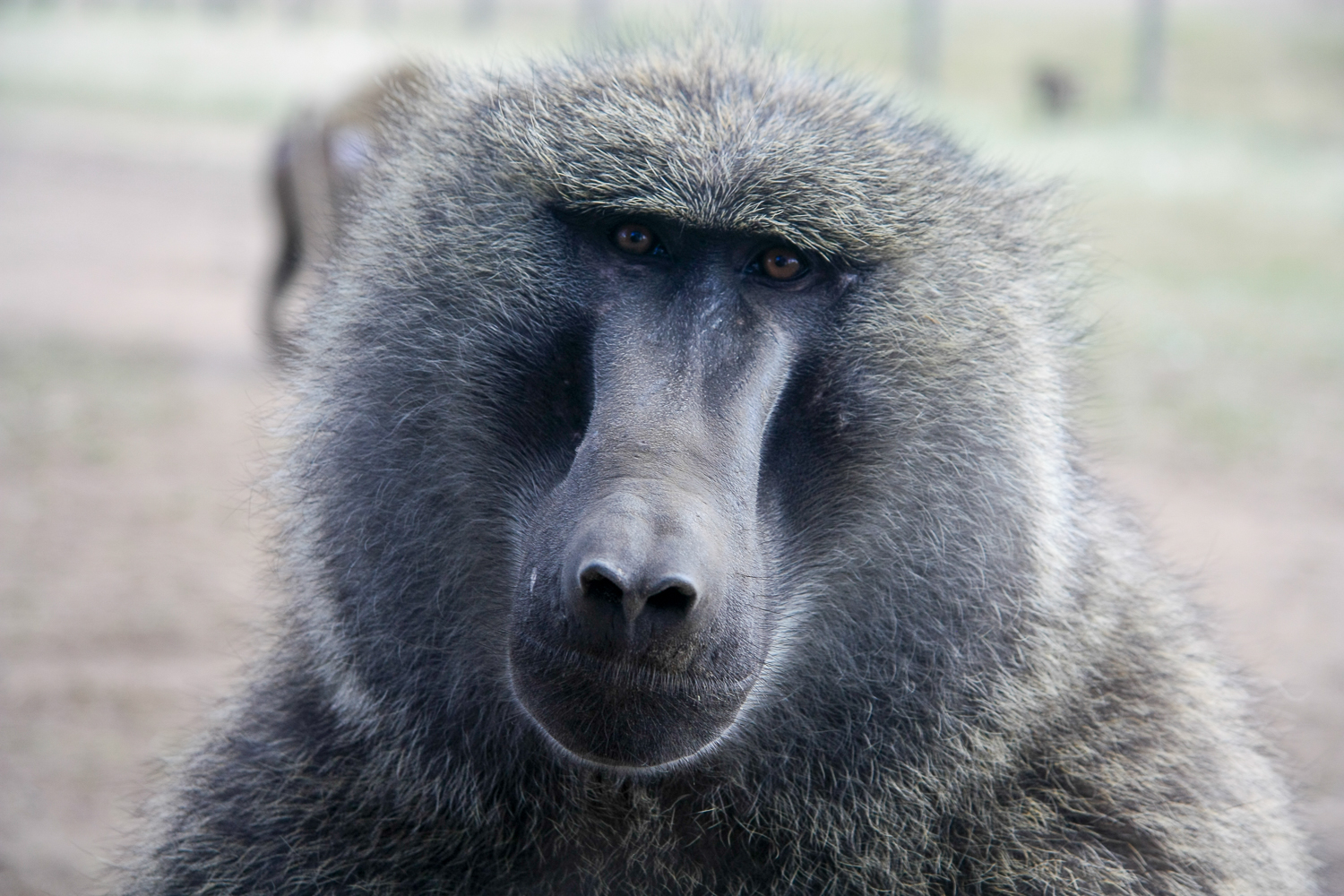 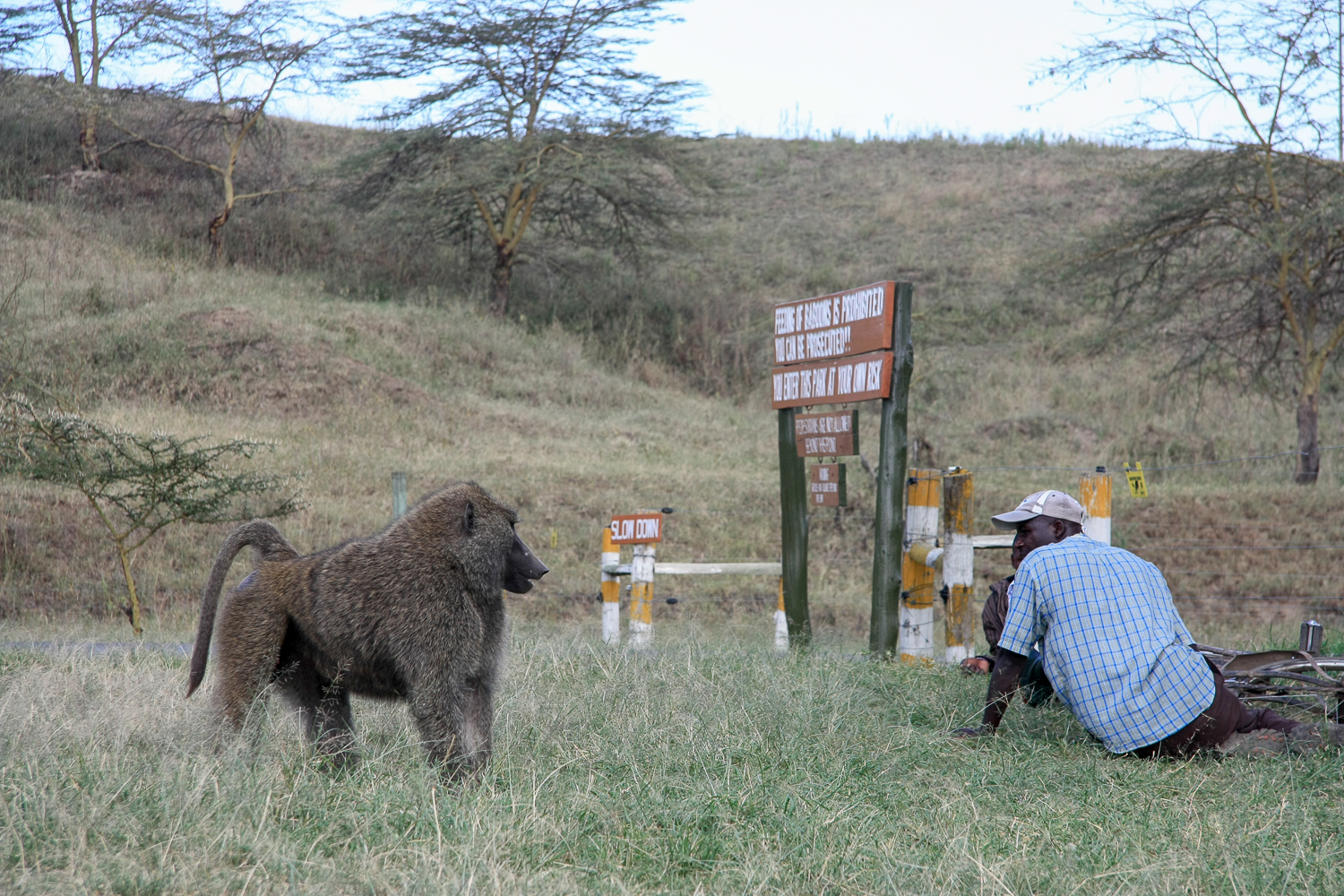 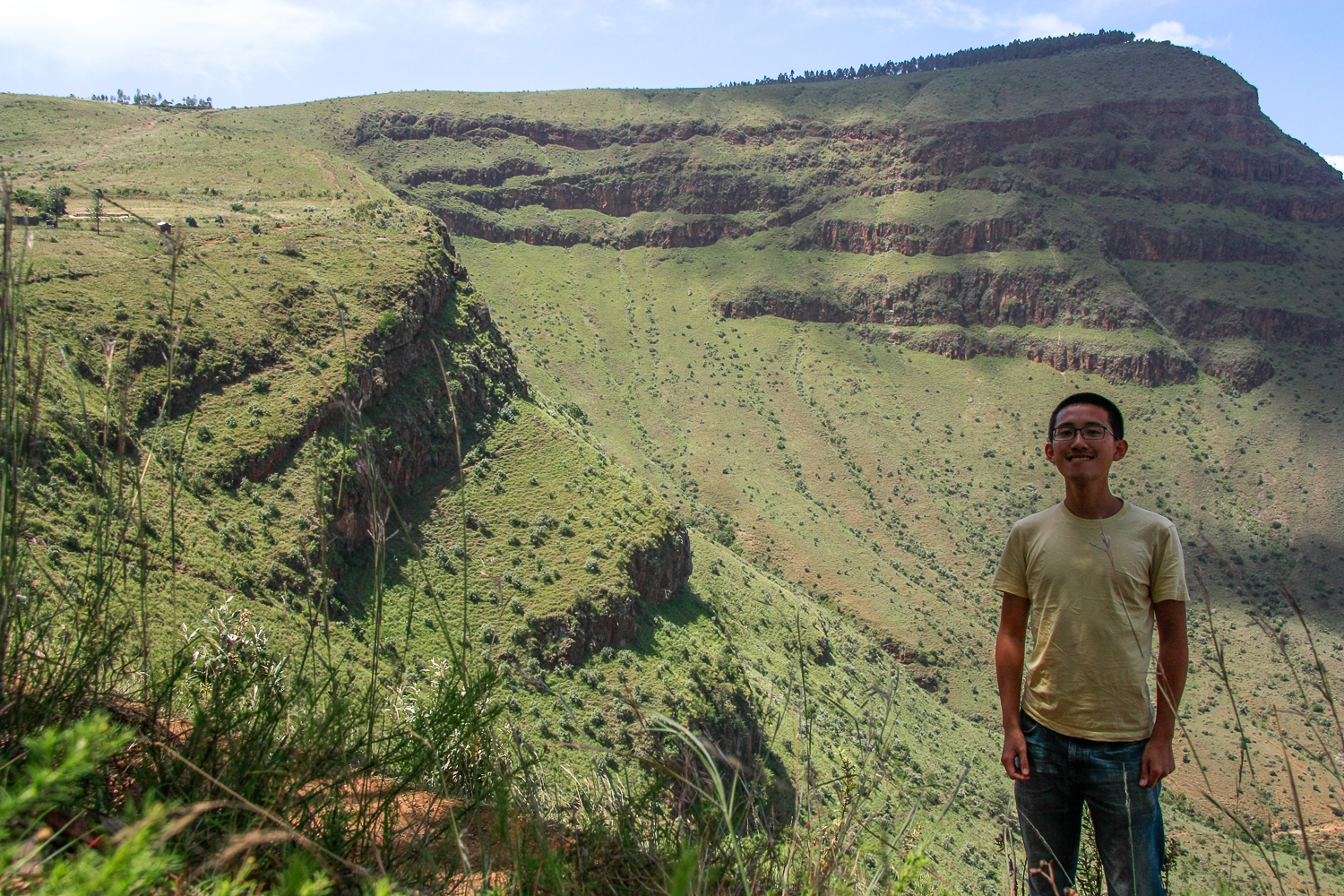 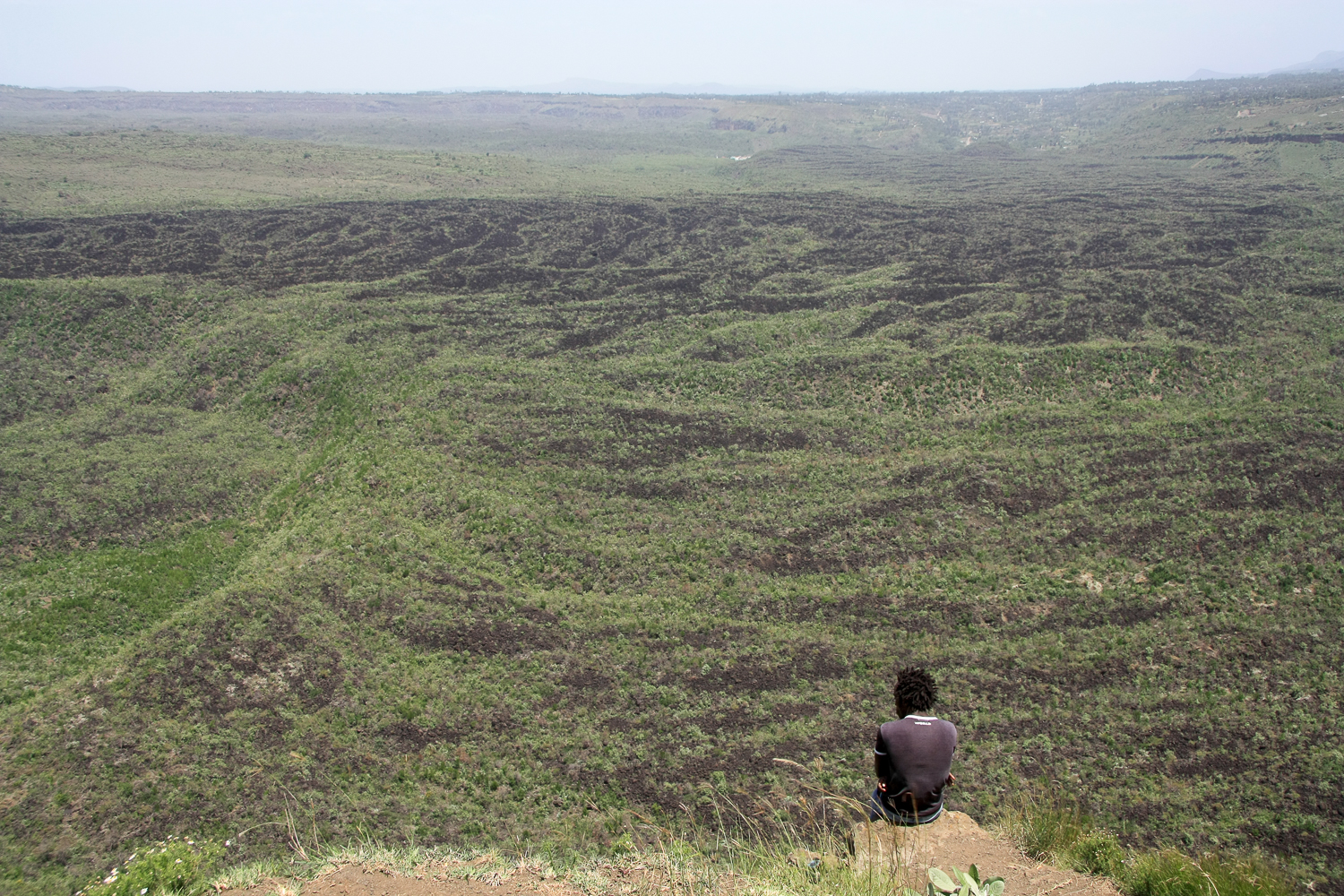 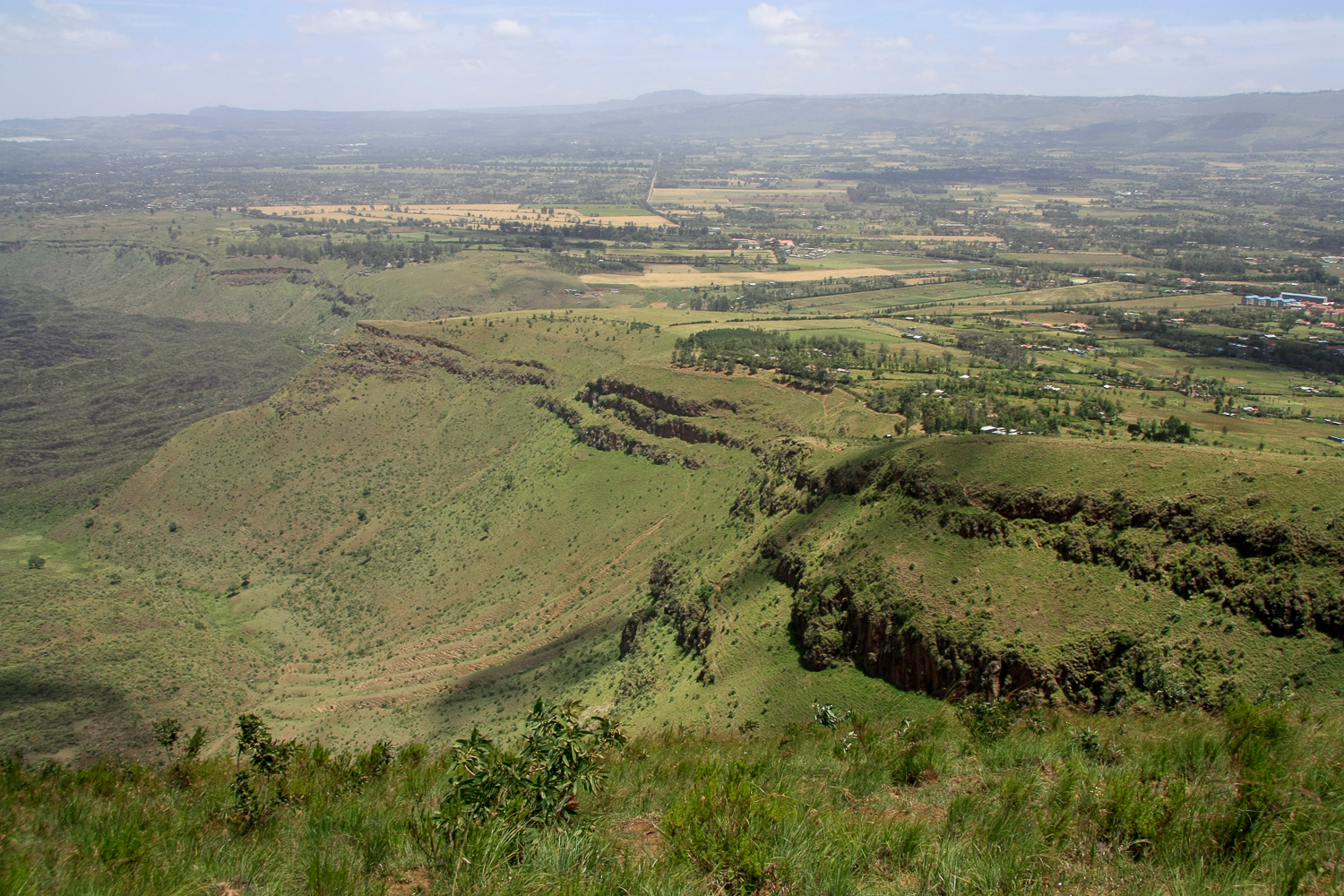 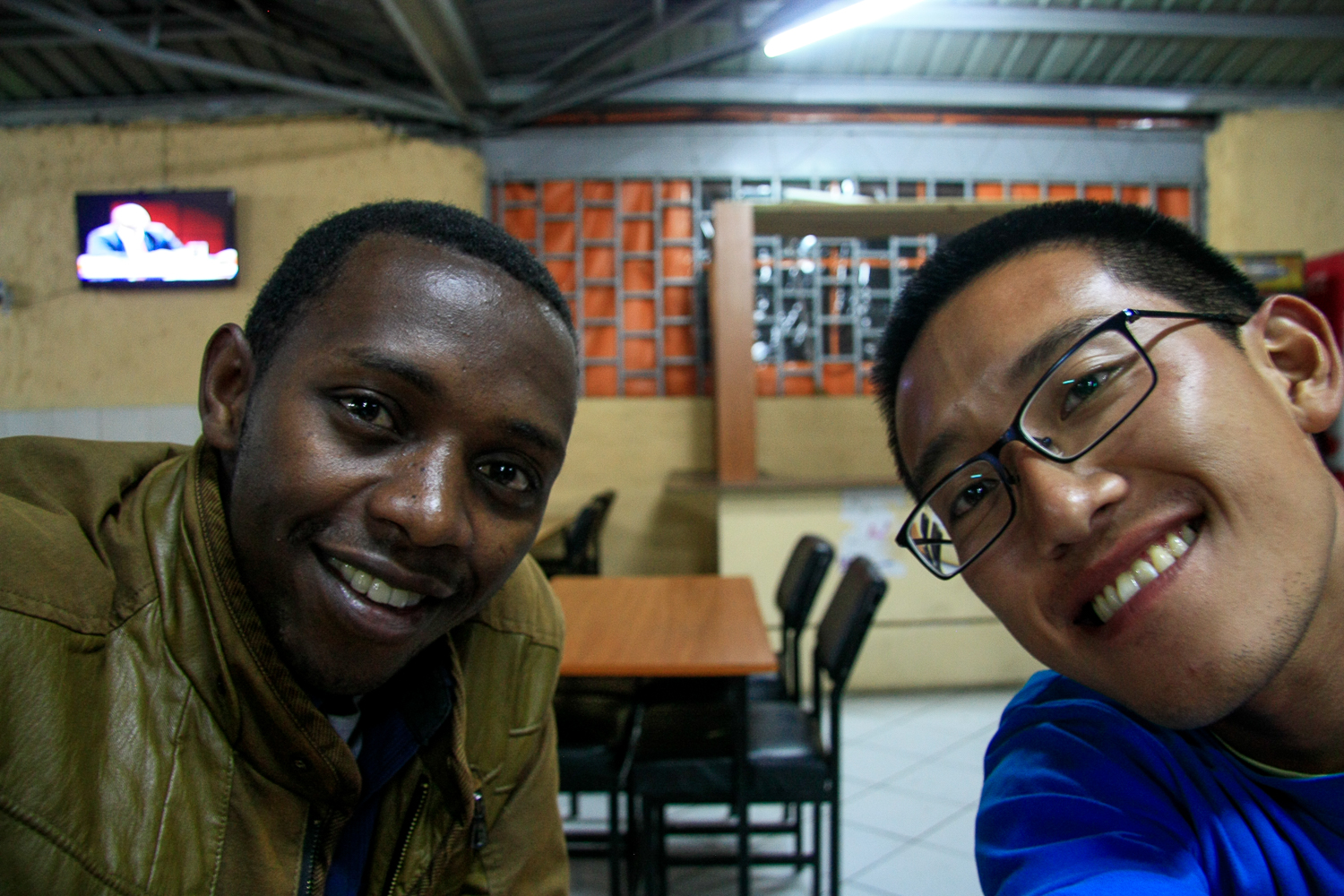 One thought on “Nourish”