Having had some amount of rain and clouds every day so far in Kenya, I made an unplanned detour east to get some sun on the coast. After two days doing nothing on the beaches south of Mombasa, I felt a bit antsy and returned to the city, Kenya’s second-largest. It’s the antithesis to Nairobi: laconic and laid-back, a great deal safer in terms of street crime, and hardly congested in the city center. But it’s also the biggest port city in East Africa, playing host to freighters and cruise ships, as well as a significant Kenyan Indian and Arab population. Most people are Muslim rather than Christian, and outwardly dressed as such. And forget nyama choma (barbecued meat) and fried chicken: the most common dishes around are biryani and pilau — sound familiar? — and coconut-based curries. In other words, it’s Kenya but it’s a world away from the rest of Kenya. 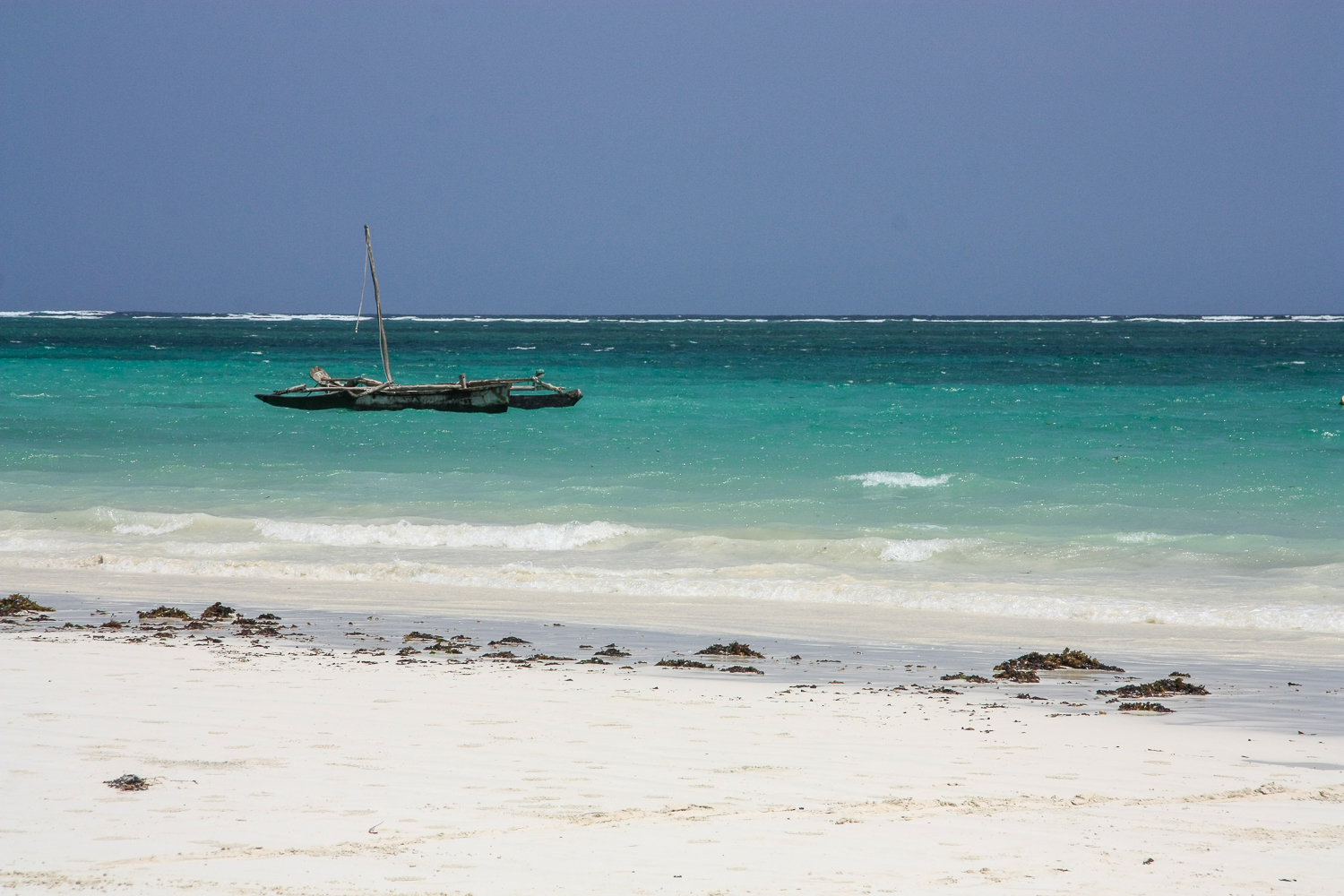 Yes, I left this.

Mombasa plays a significant part in why Kenya speaks Swahili. Like Ethiopia, Kenya’s population is made up of a bunch of tribes — according to the government, there’s some 47, and again, some discriminated unrecognised groups would dispute that number. Anyway, unlike Ethiopia, where the Amhara tribe (second-largest in population) gets the dominant language, the Swahili population in Kenya is…well… not even number 10. In fact, Swahili people only live on the coast, a sliver of Kenya’s geography. The definition’s a little murky, but they’re usually Muslim and probably a result of mixing with Arabs, Persians, and Indians. Due to heavy use as a trading language and its similarity to the Bantu group languages (like Kikuyu, also Kenya’s largest tribe) spoken in the rest of Kenya, it seems pretty natural to adopt Swahili as a national language. People still tend to speak their tribal languages though, and treat Swahili as a second language, to varying degrees of fluency.

Trade has existed here since the 14th century, and probably even before that too, with outside contact reaching all the way back to the 1st century. The Portuguese came here around the 1500s and built Fort Jesus as their headquarters — they also made the fort’s outline shaped like a human, sort of, in reference to Jesus and their missionary activities. Then the Omanis came and conquered the place for awhile, the Swahilis rebelled and took over, and eventually the British used the place as a prison during the years of the East African Protectorate. The usual suspects of spices and jewellery and ceramics and porcelain from China were traded, but things get a little more nefarious from there — from ivory and rhinoceros hides and horns all the way to slaves. People here got very rich. 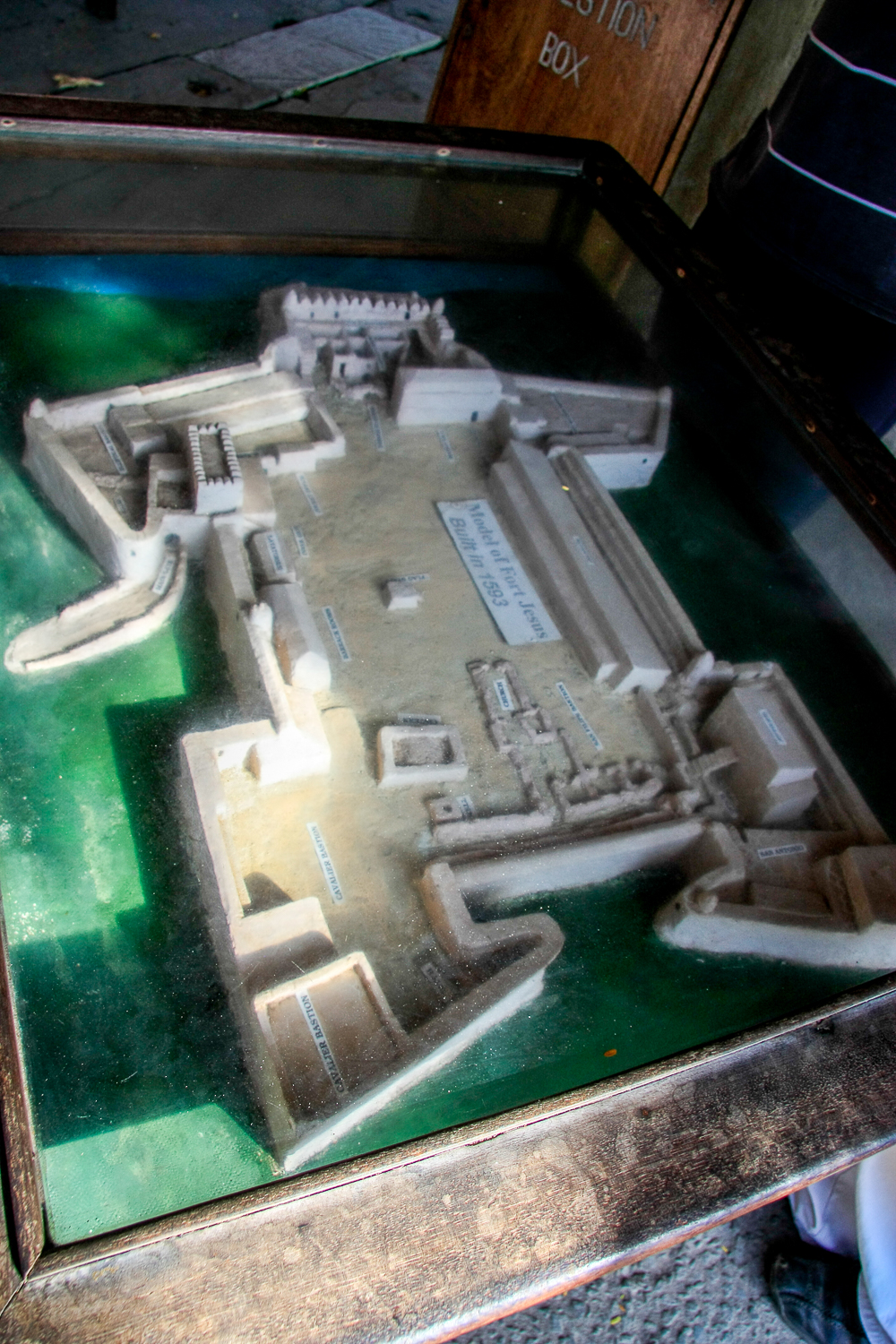 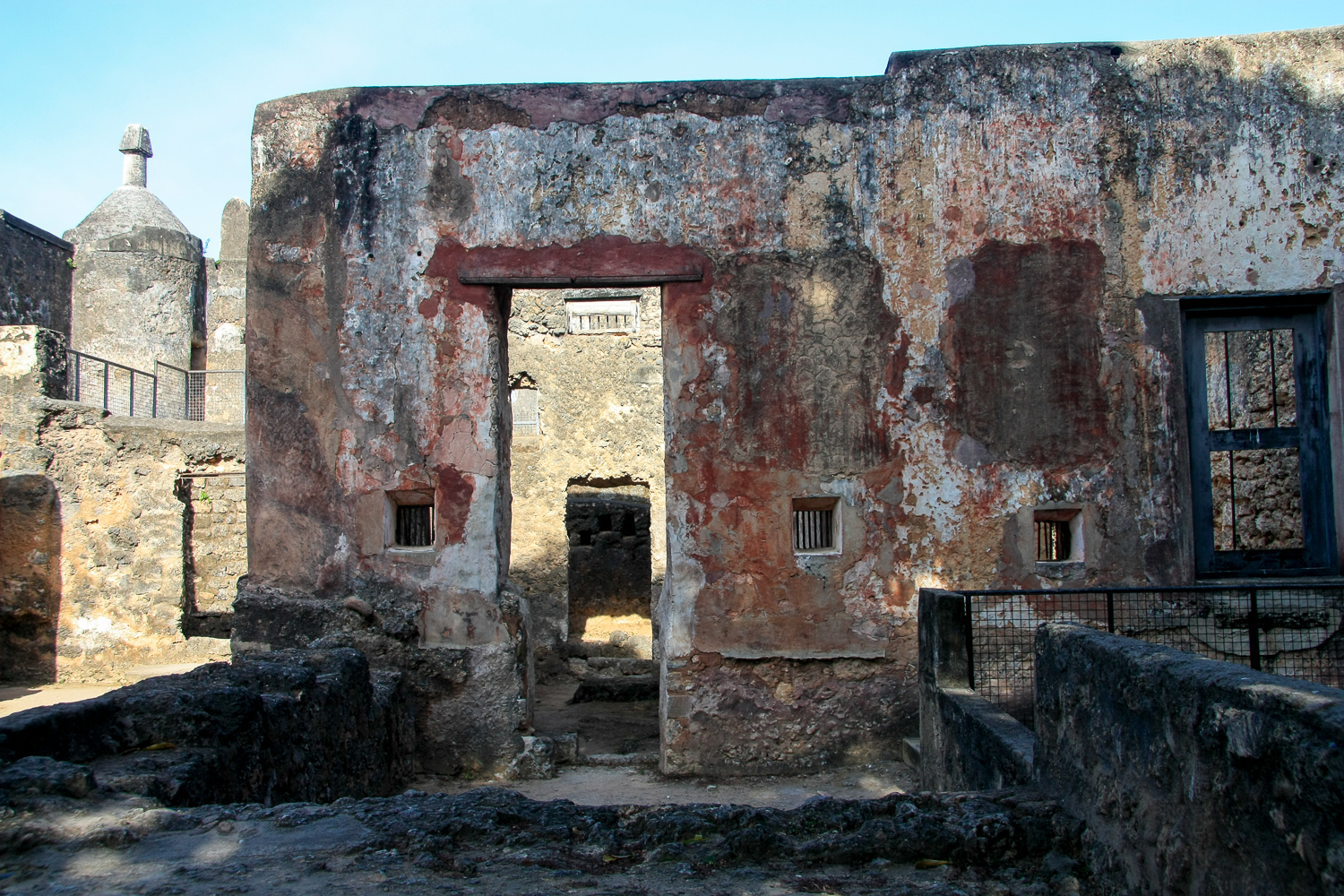 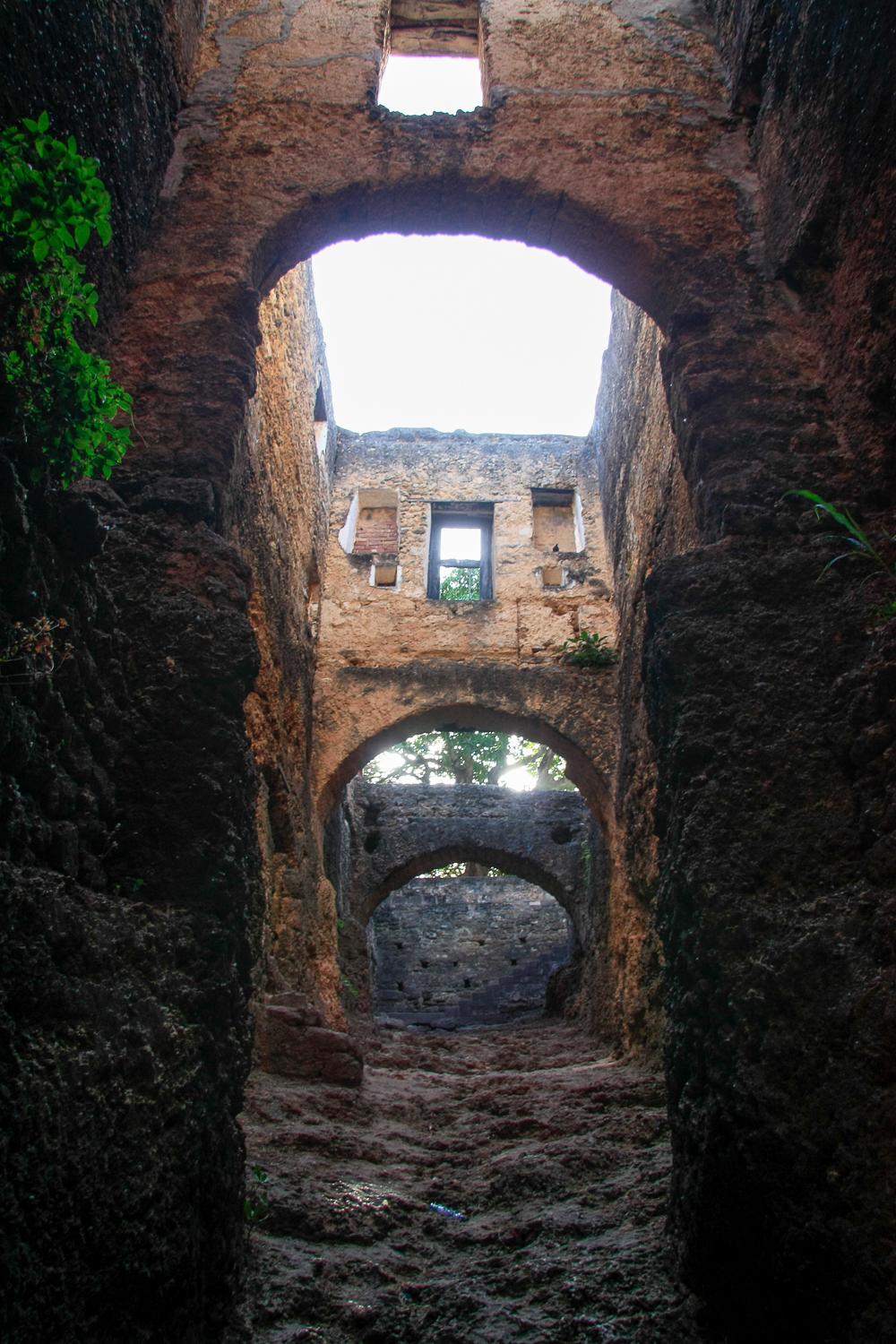 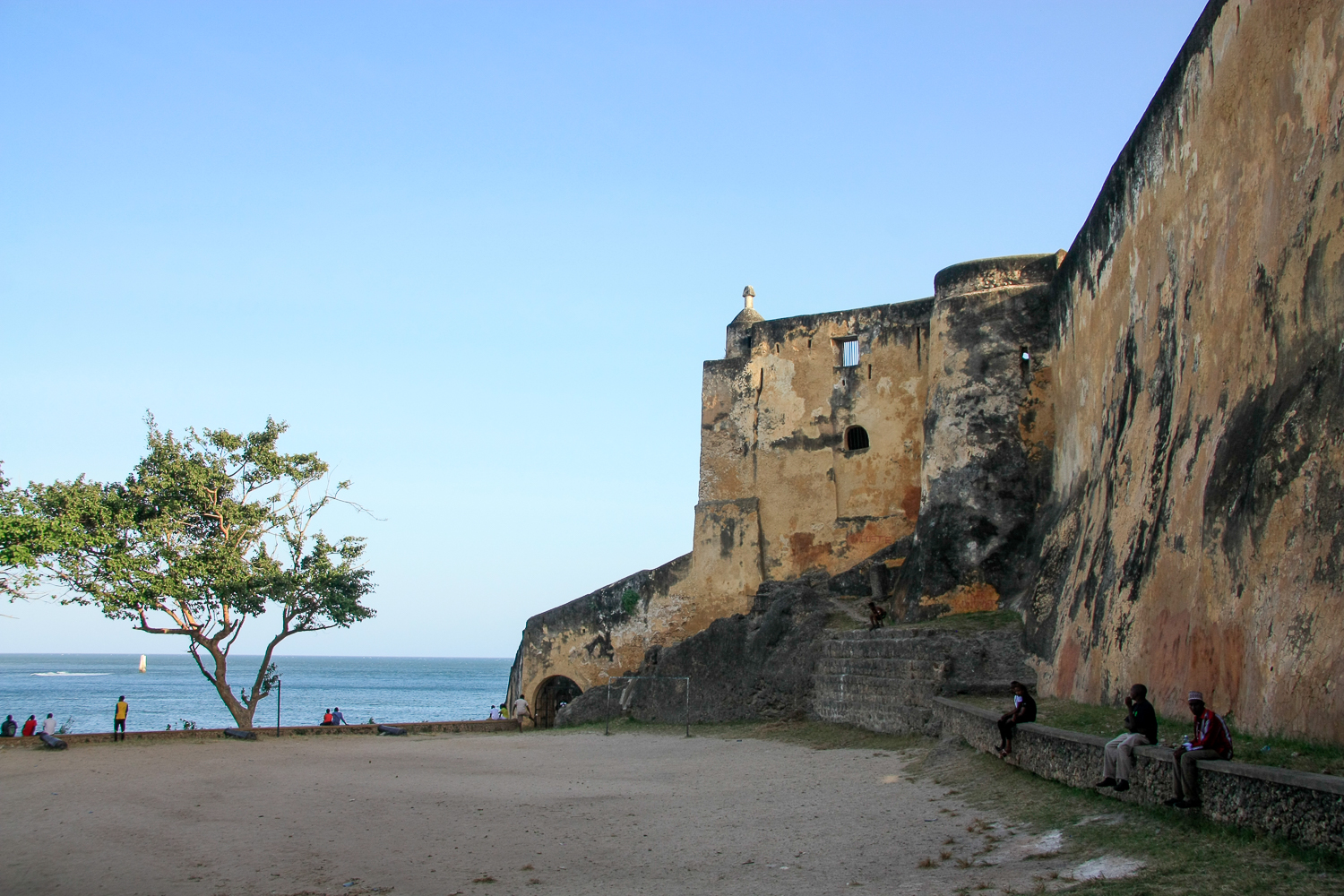 Through the fort and the old town of Mombasa, you can see some beautiful examples of Swahili architecture. Even though the fort wasn’t Swahili-built, the materials are the same: that is, buildings and pillars of coral. And in the town, traditional dwellings have ornately carved doors, along with balconies and windows that don’t look particularly East African, Indian, British, Persian, or Arab. Seeing pictures at Fort Jesus of the old town streets in the 18- and 1900s made it all the more interesting to see the streets themselves now, with how newer developments chaotically squeeze themselves between and on top of the formerly prim and proper landscape of Swahili buildings. 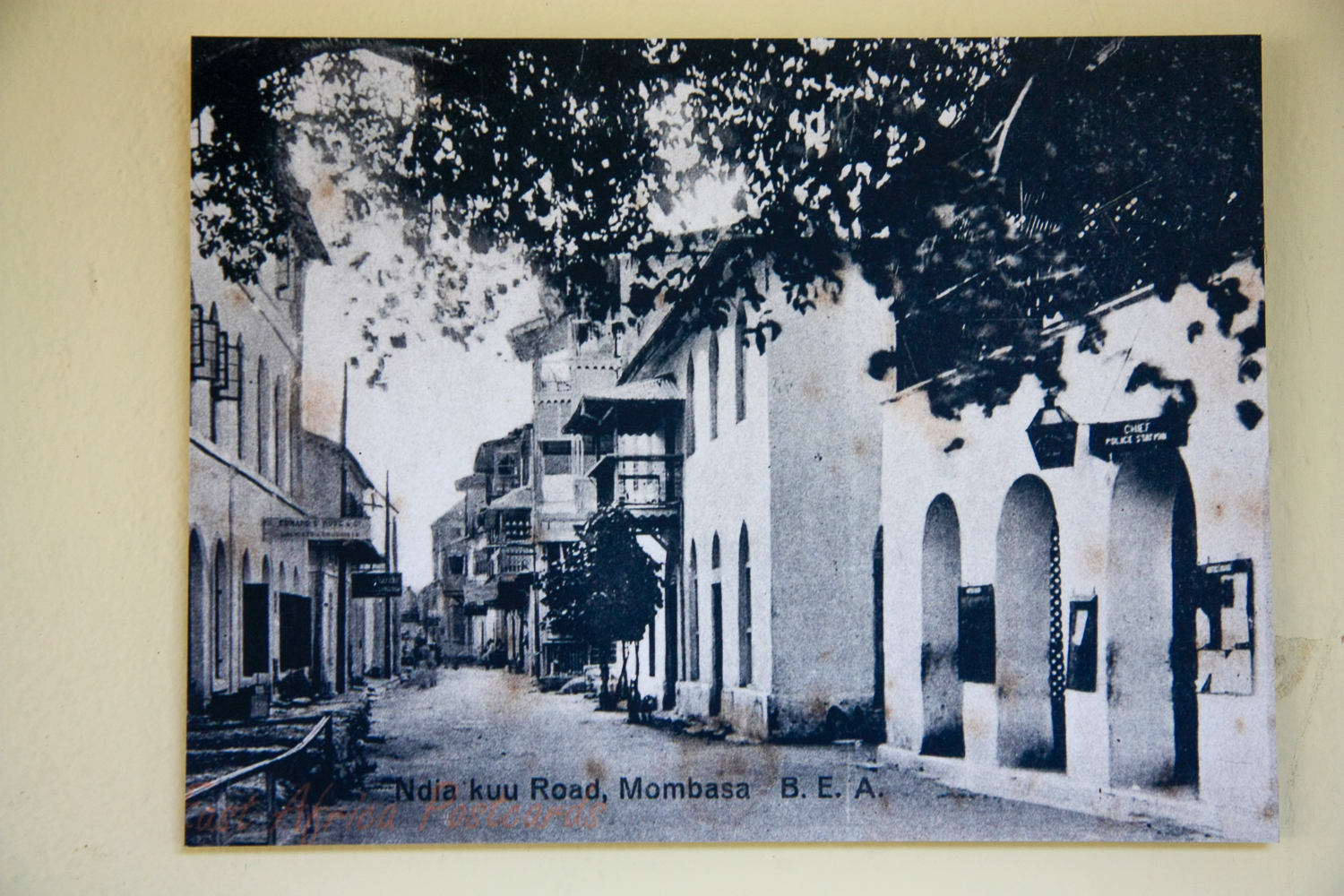 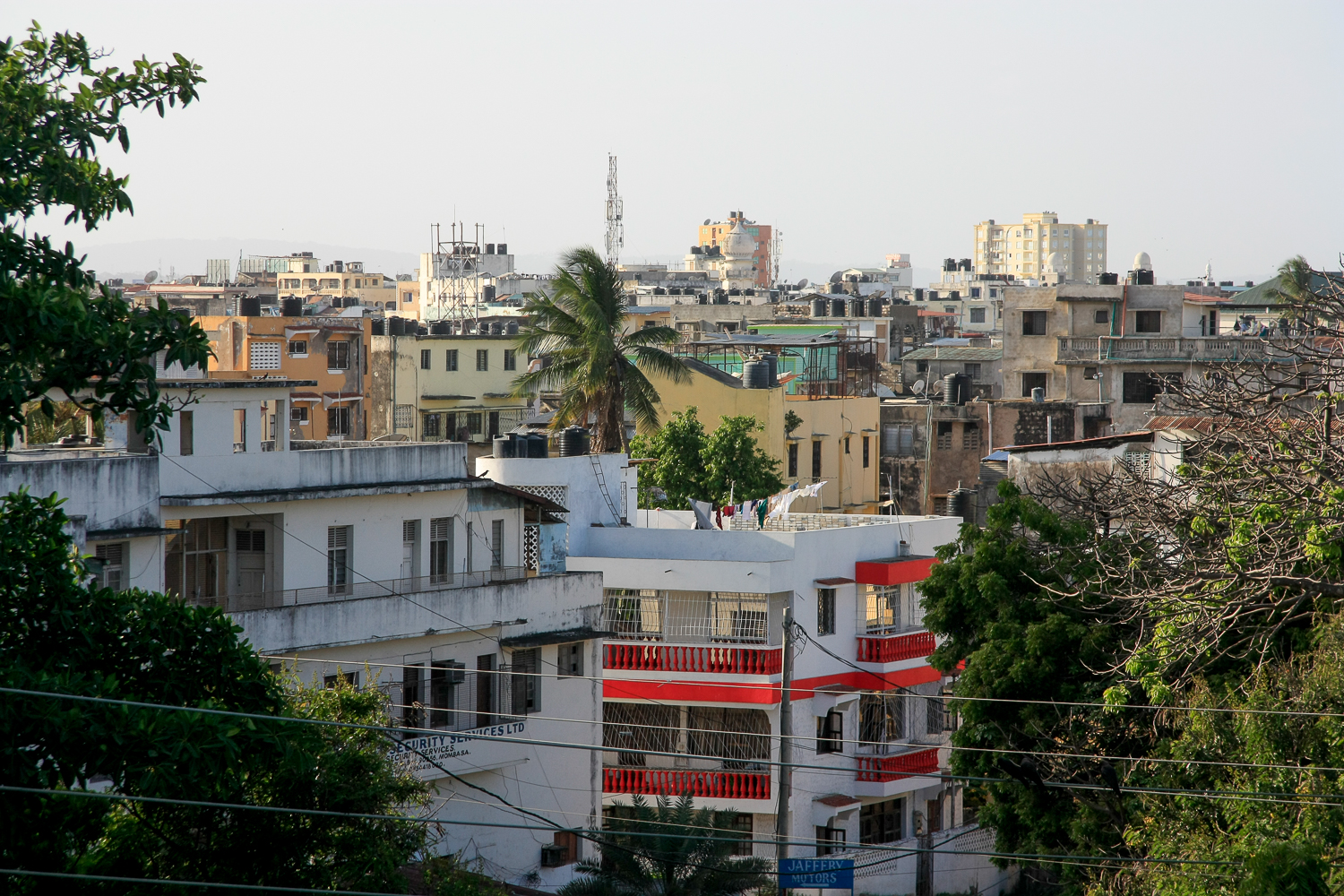 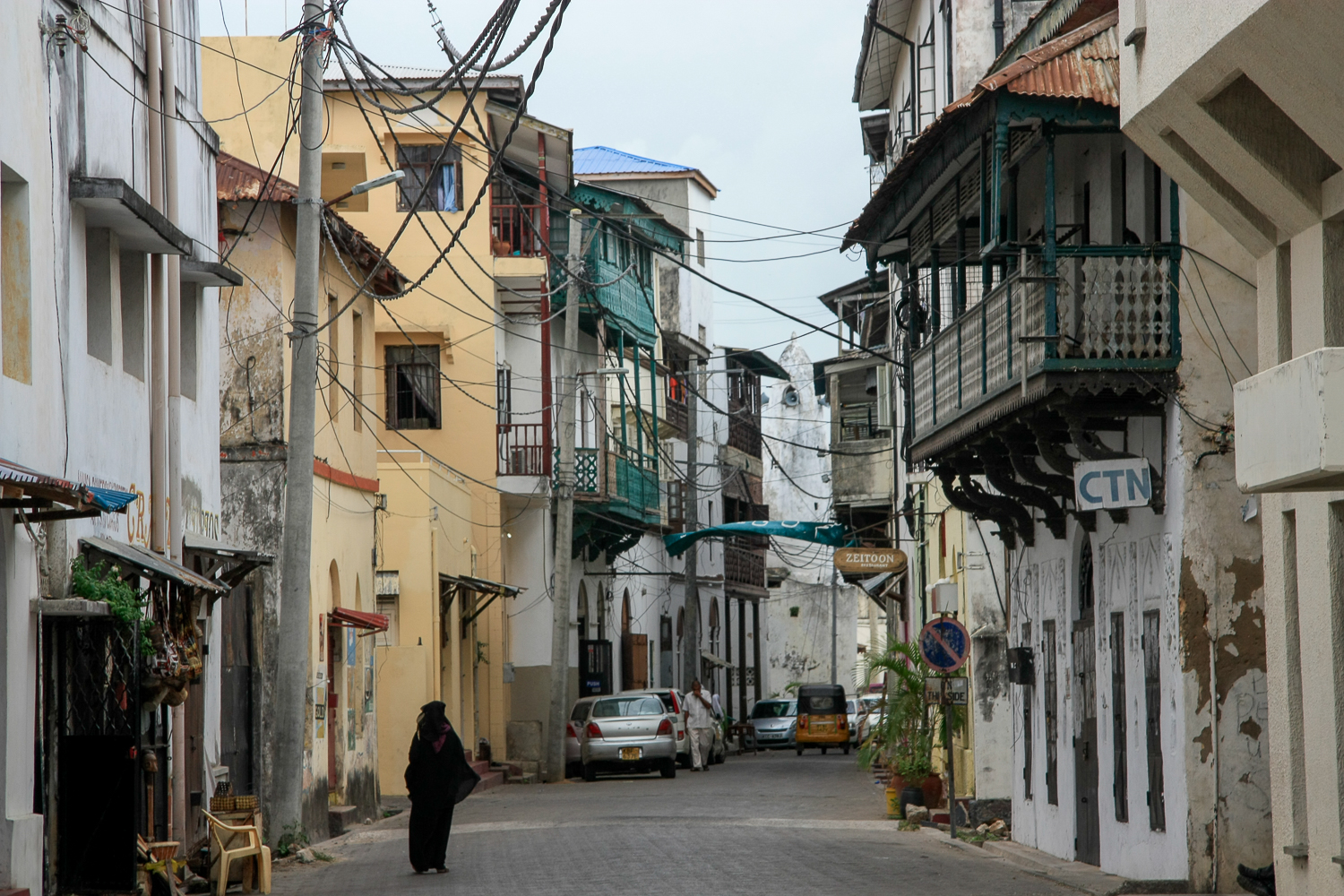 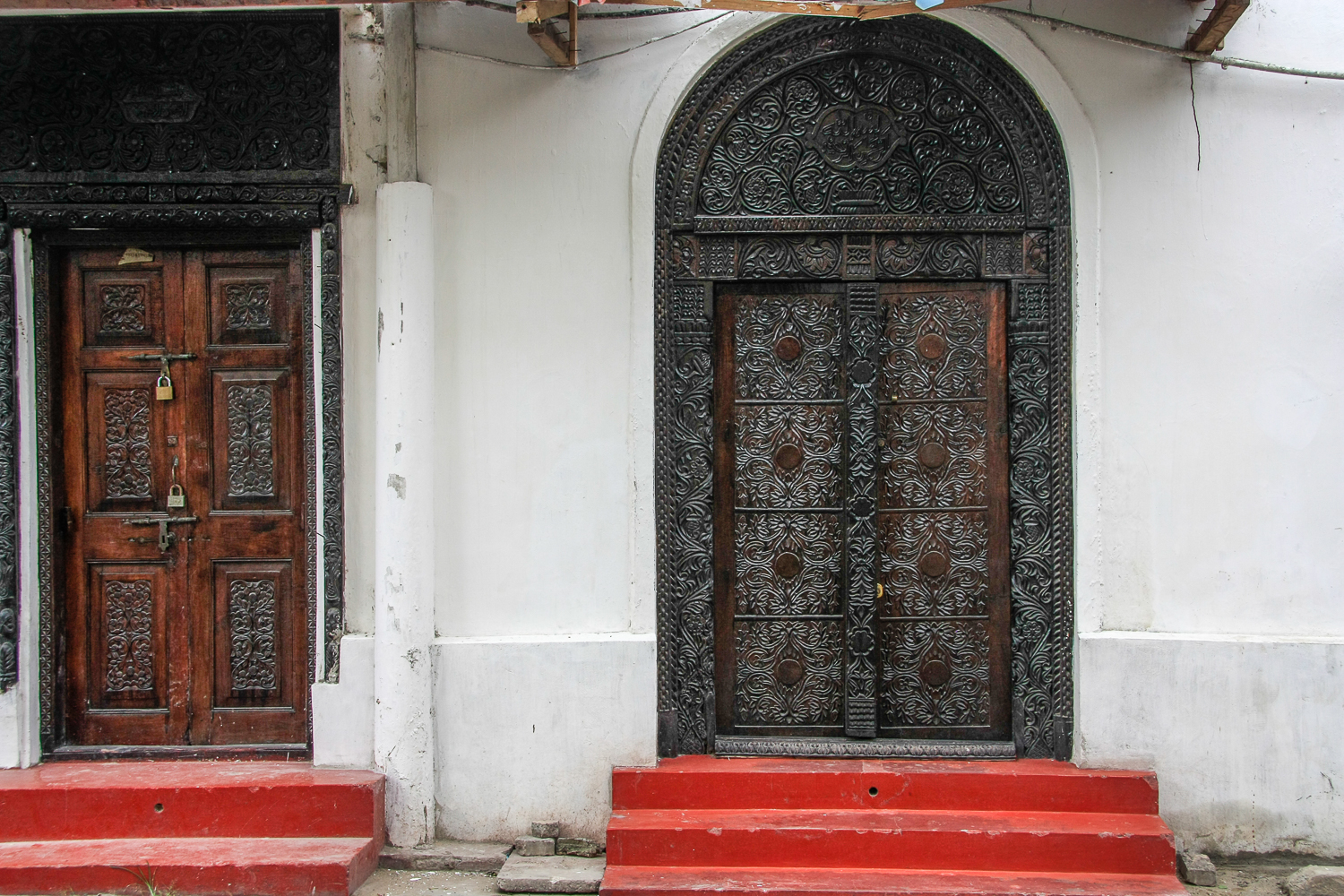 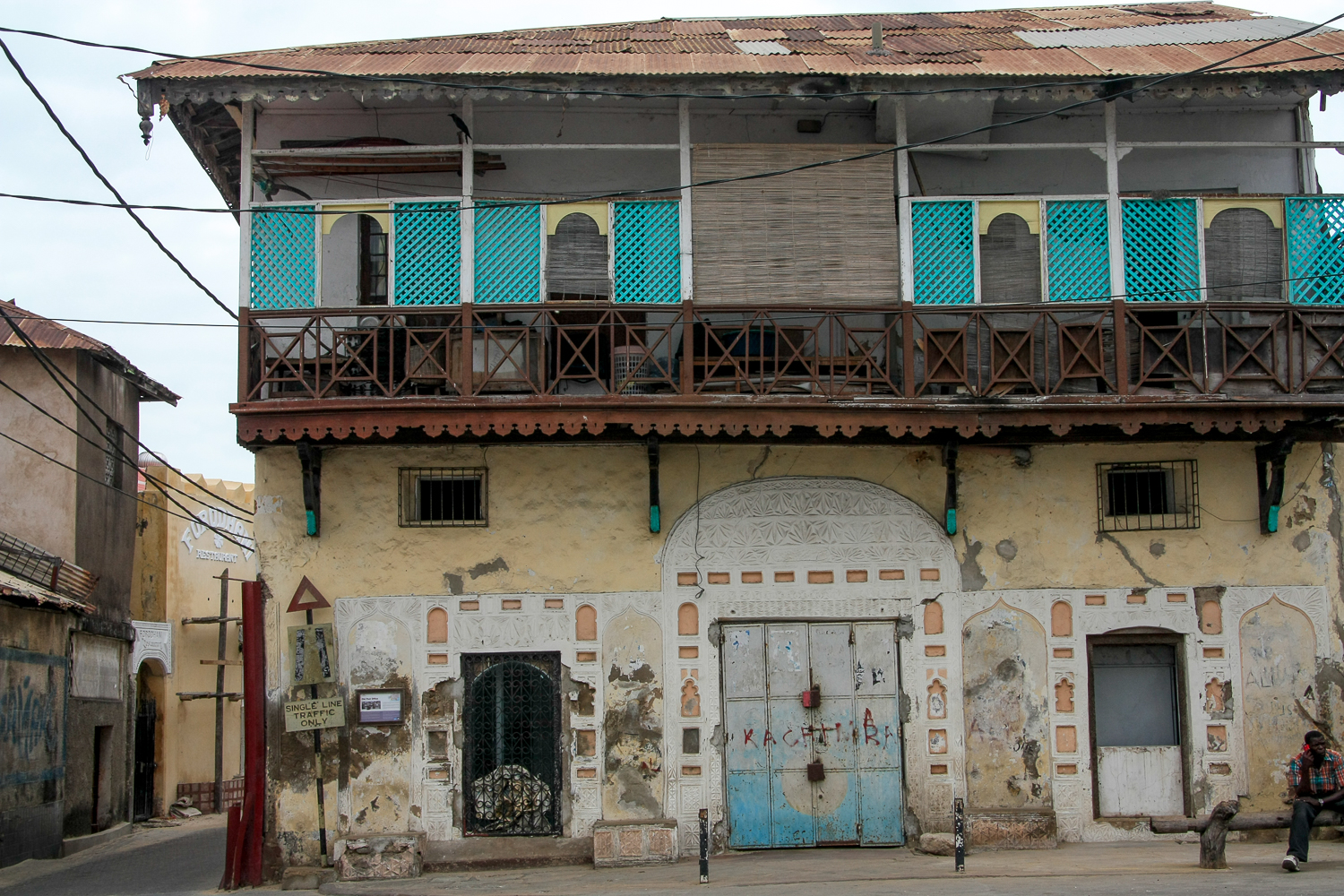 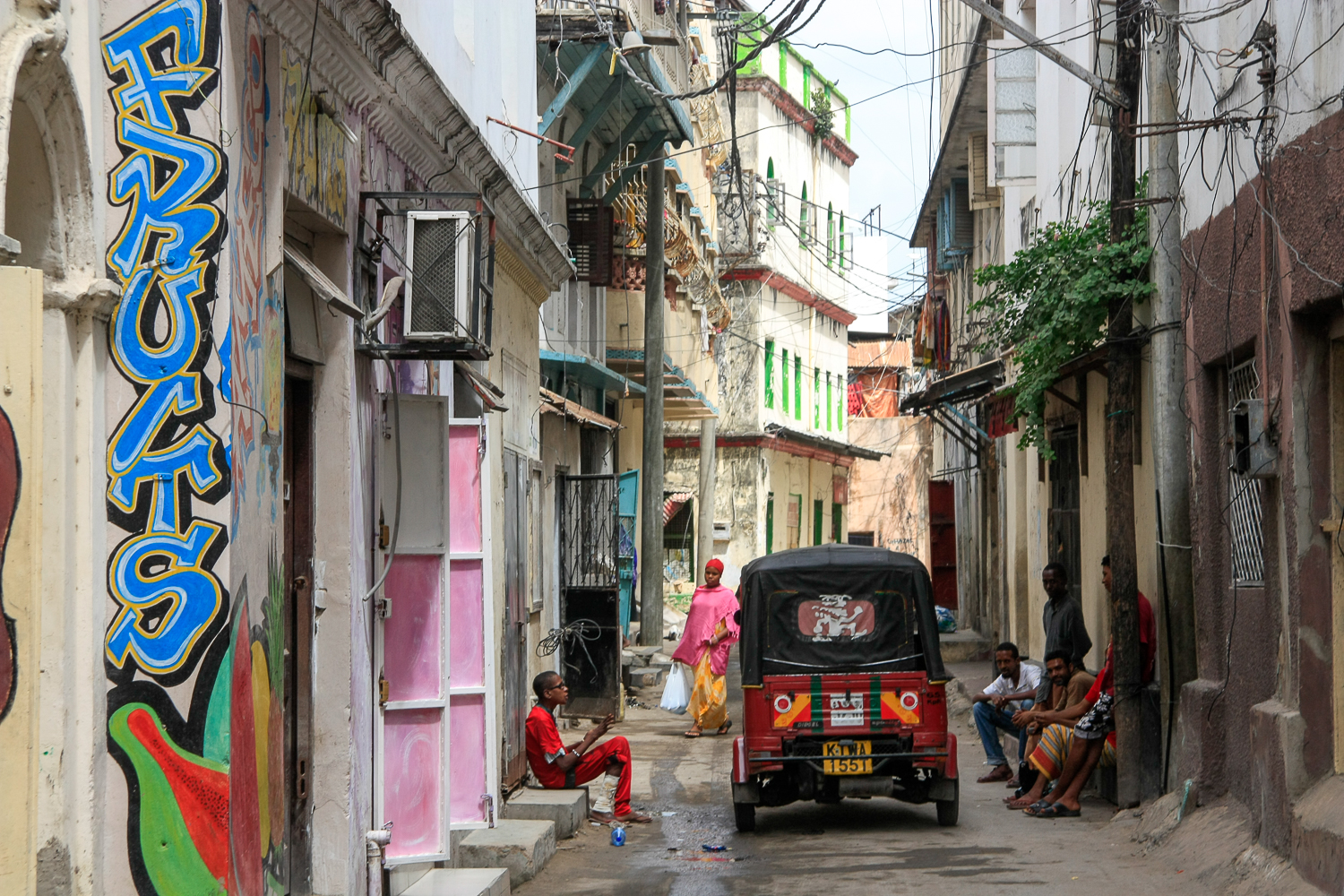 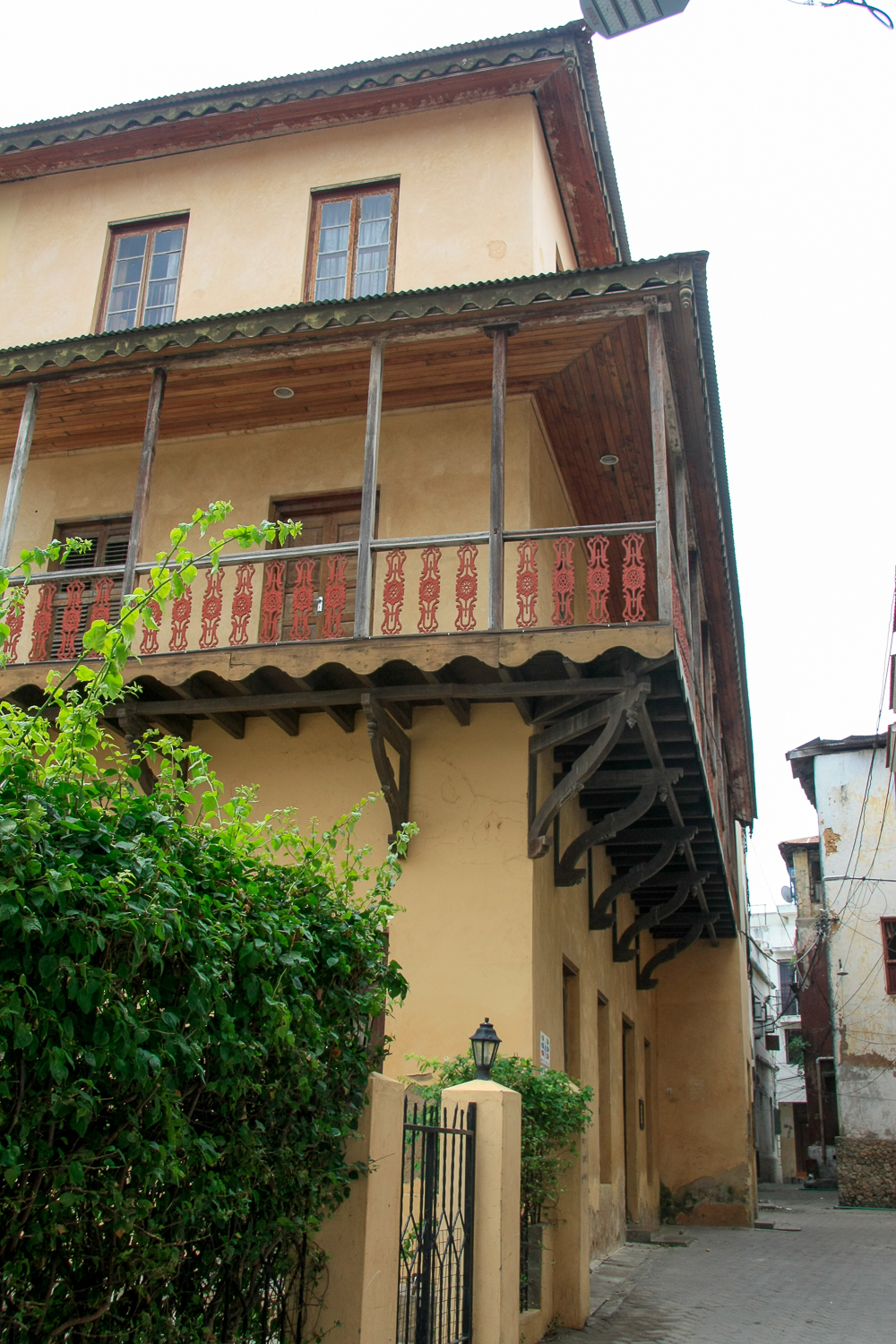 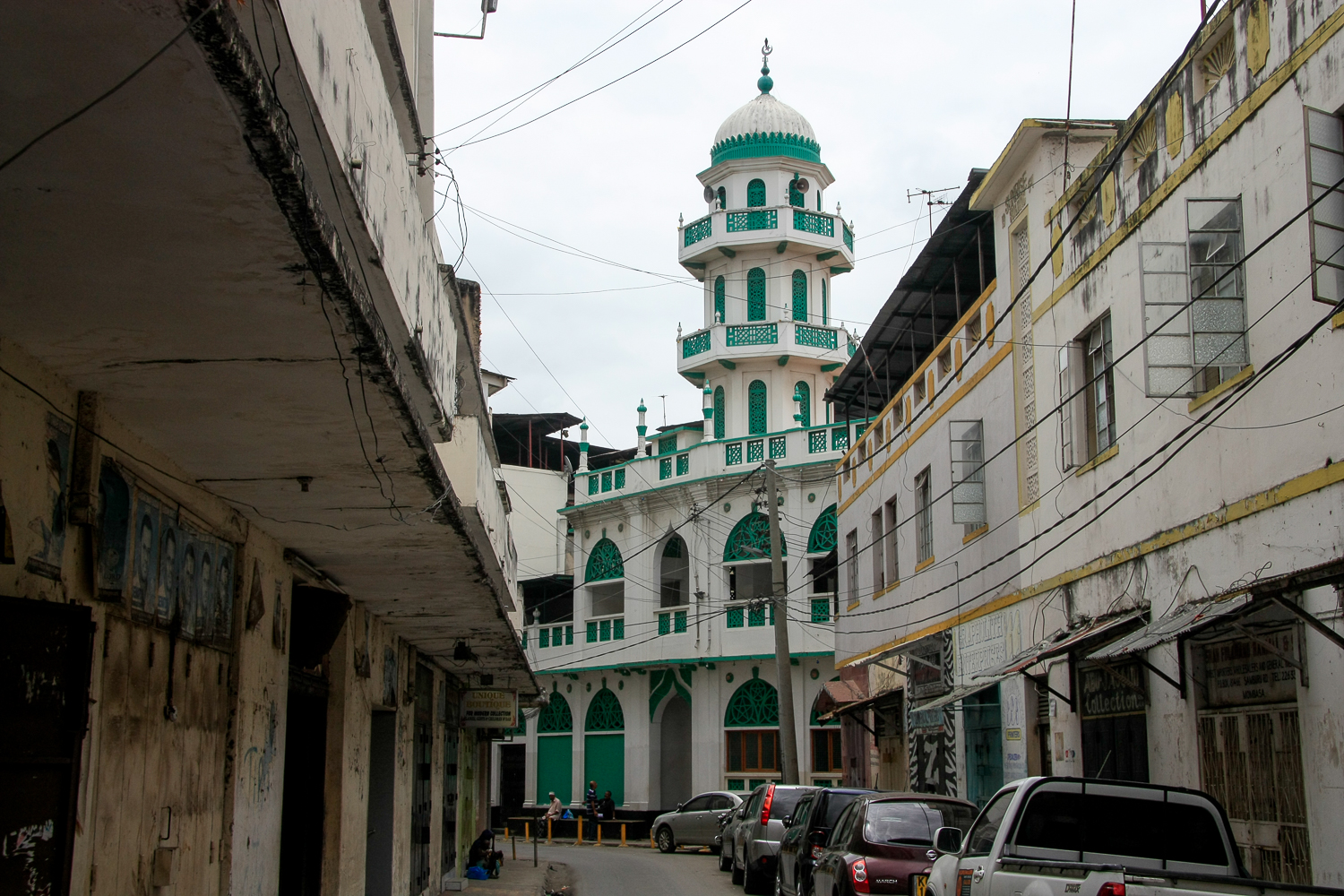 Outside of Fort Jesus, I met Sean and Chrispin, two local-ish students who were, amazingly enough, visiting the fort (and just the outside!) for the first time. Sean and I toured the old town together the next day on a quiet Sunday, before meeting Chrispin and his neighbour Felix at the beach in nearby Nyali, passing an afternoon watching people swim for the first time, acrobats practicing on the beach, runners being…well, Kenyan runners (the stereotype is true), weird people doing weird things, and just chatting away about our countries and cultural differences. (I’ve since learned that girls can flirt by actually offering to do your laundry for you. Ha.) One of the more interesting questions I got — and not even for the first time during my stay in Kenya — was whether it was dangerous to live in America (or Canada) as a black person. Anyhow, I had a few more questions, which people were more than willing to answer. 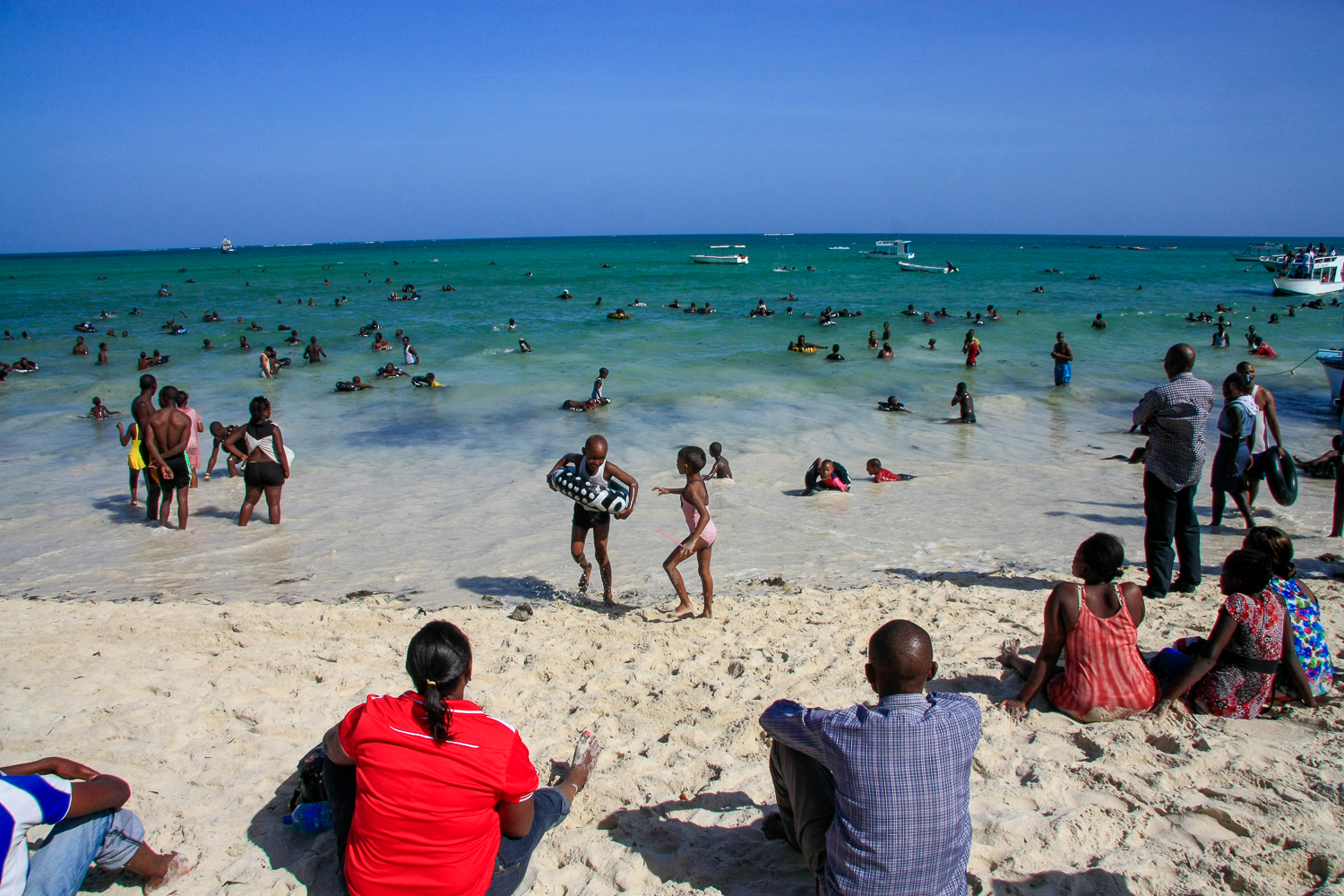 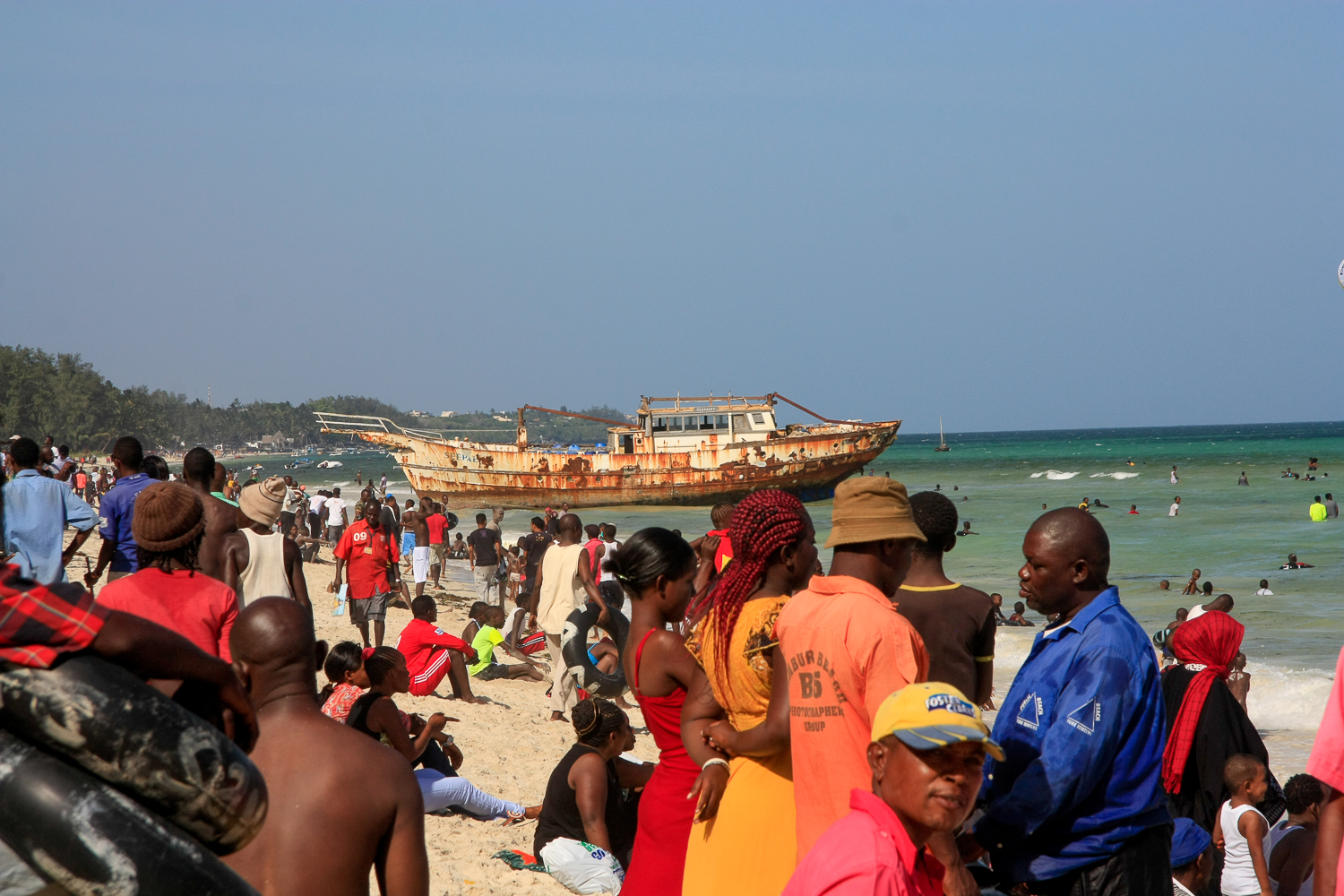 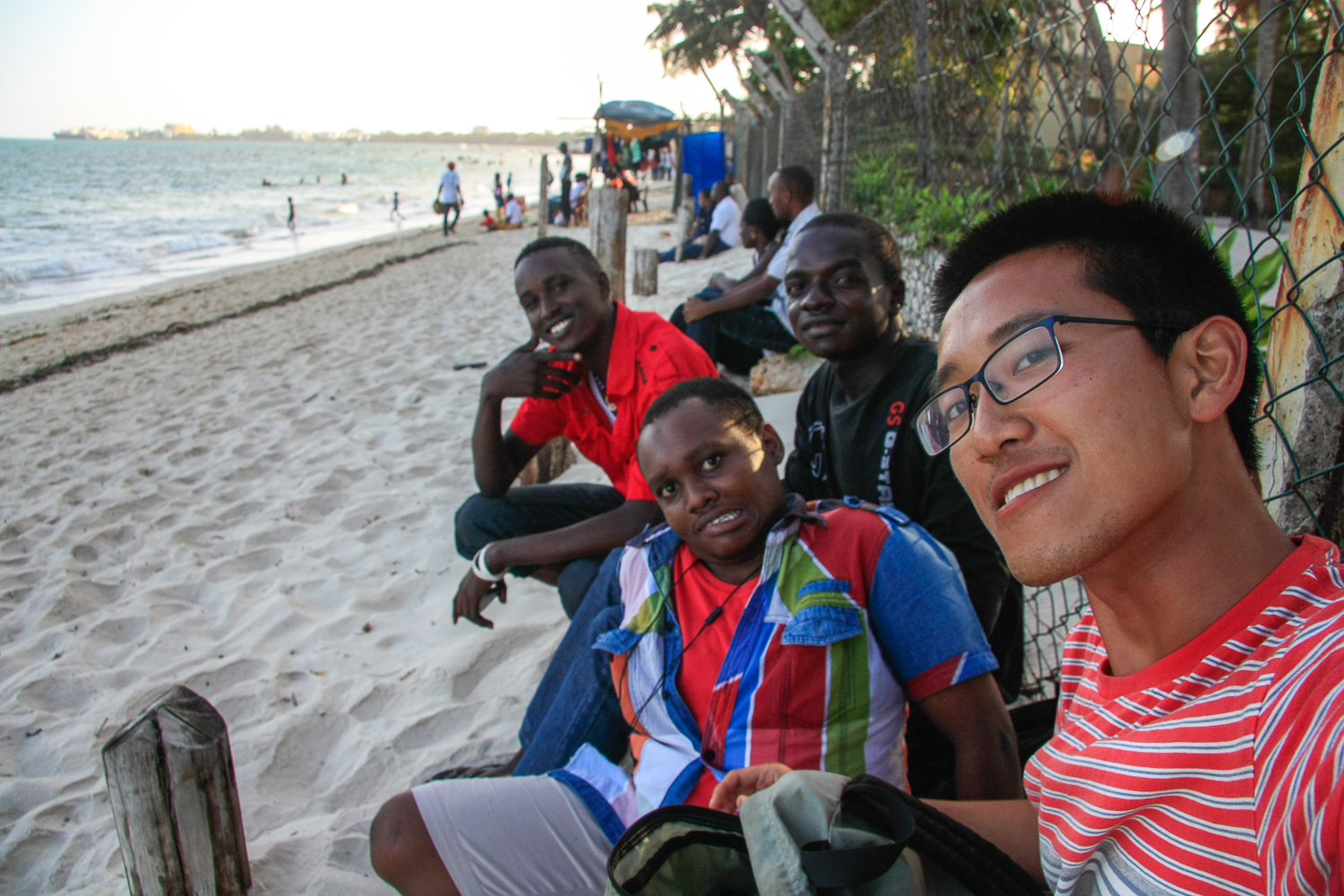 Mombasa — actually, much of Kenya — hasn’t been the most stable place out there in the past few years, so it was quite insightful to hear Sean talk about what they think of the current situation. While it’s safe now, Mombasa’s been the target of bombings and shootings in 2014. Several hours north, near the first Swahili settlement of Lamu, it’s been shootings and kidnappings; again, it’s now safe, although the road south of Lamu isn’t. And not far north from there is the Somalian border (the unstable country; again, not Somaliland): Kenya’s been involved in an ongoing war against al-Shabaab, the party who’s been causing all this trouble in retaliation, including the infamous 2013 Westgate mall attack in Nairobi. The security situation has been under control in Kenya now, but as I type this, no one knows the death toll from the al-Shabaab attack on the Kenyan military base in Somalia just last week (probably somewhere in the hundreds, and people seem in favour of the government not revealing the full extent of casualties to the media), and al-Shabaab further reasserted its presence with a massacre in Mogadishu. All this negative news has been rather devastating to the tourist sector all throughout Kenya, but particularly on the east coast.

Locals have been keeping a wary eye on all of this activity next door in Somalia, but it seems that a great deal of the national psyche is focused on other things, namely that of a national identity. For whatever reason, I keep hearing the 2007 Kenyan presidential election being mentioned: widely considered to have had irregularities on both sides, with a Luo opposition leader eventually losing to the Kikuyu winner, massive violence broke out across Kenya on tribal lines and accusations of decades of Kikuyu favouritism. (To a degree much larger than after the 1992 and 1997 elections, which did the same.) With thousands killed and hundreds of thousands displaced, it triggered years of soul-searching, culminating in a new constitution in 2010 that decentralised government in favour of each tribal region, along with the hope that people vote federally with policy in mind rather than tribal/regional benefits. Given Kenya’s positive world reputation amongst African countries, this is pretty surprising stuff that they’ve gone through in their recent history.

Heading back to the decidedly un-Swahili (culture-wise, not language-wise) Nairobi, I spent some time at the National Museum, where (past the slightly creepy hordes of stuffed animals) there was a wonderful exhibit on what people feel their identity is, pulling from all regions of the country. All felt Kenyan, but each detailed (and painted) the ways in which they either felt discriminated or what they felt was discriminating to others. Just like I’ve been hearing in conversation, there were some that complained about how damaging tribalism is, how some terrorism-affected regions got more assistance than other terrorism-affected regions of a different tribe, how it’s wrongly used as a rallying cry during elections. Or rather more seriously, how tribalism in 2007 led to looting, torching, raping, and murdering on the basis of being the perpetrators’ rights due to ancestral land. No one wanted pity, they were just sharing their reality. As I heard from Sean and others, perhaps going through the nadir of tribalism was necessary to get past it, and many of the interviewees of the exhibit mentioned the 2010 constitution as part of their self and national identities. On the other hand, while it produced a winner people seem to agree is a capable leader (Uhuru Kenyatta, a Kikuyu and the son of Jomo Kenyatta, the first president of Kenya), the 2013 election’s demographical results pretty much fell again on tribal lines (with the Kikuyu and Kalenjin aligning together, after rioting against each other in the aftermath of the 2007 election), so can people live up to their lofty ideals? There’s already speculation in the newspapers that Uhuru’s vice president, William Ruto (a Kalenjin, which is why the tribe voted for Uhuru), is going to run against him in the next election. I wonder what that’s going to do. 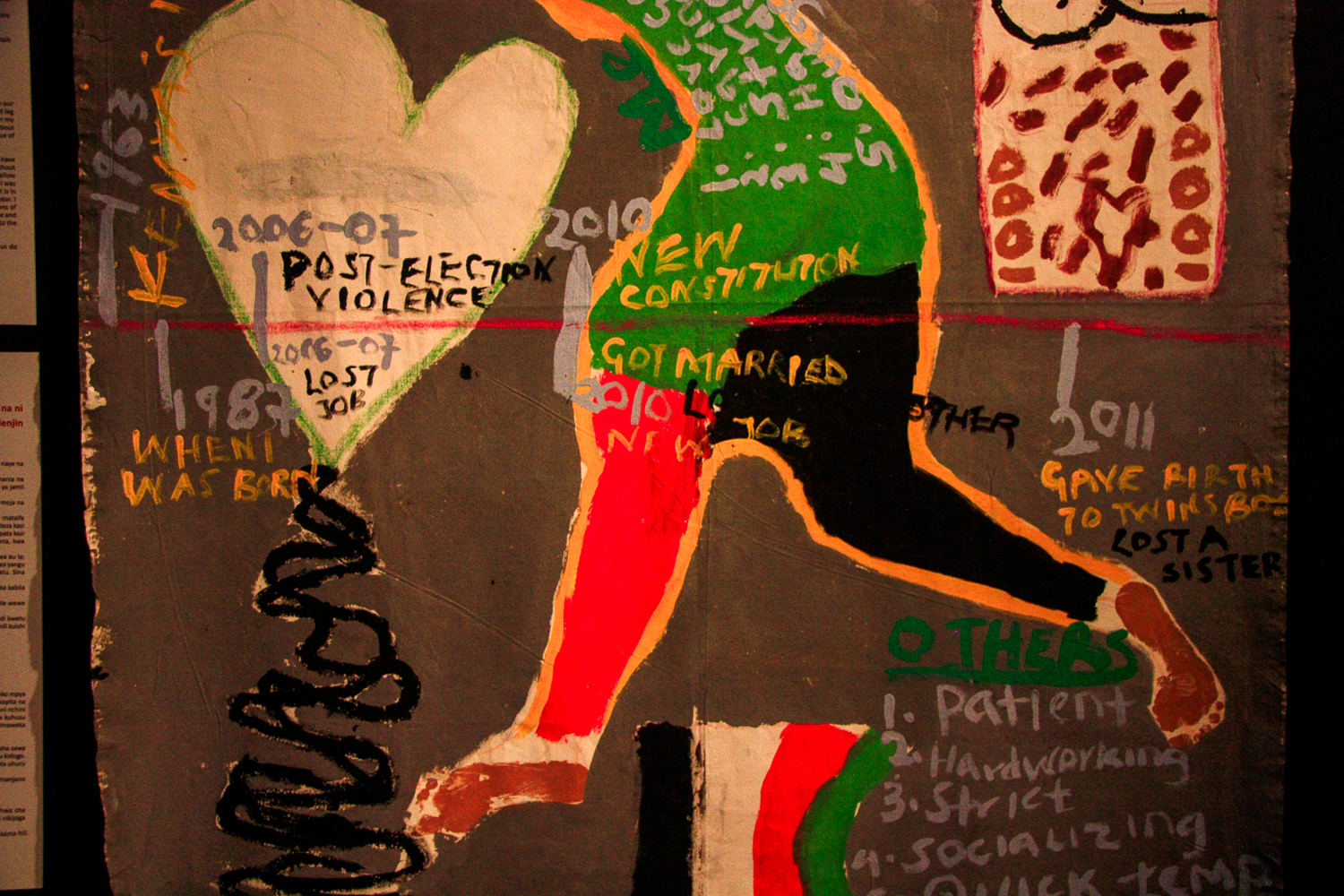 Interestingly from the museum exhibit, other groups also feel excluded from the national conversation. Kenyan Indians, Kenyan Somalis, and white Kenyans in particular, those born and raised being second- or third-generation Kenyans, knowing no other country; with the lighter or darker colour of their skin, they consistently feel treated like outsiders. And then there’s also members of the LGBT community, still widely shunned, who have grown up in a society they otherwise feel like they belong into.

Kenya’s already the most stable and prosperous country in East Africa, having grown so much in its 50-odd years of independence. Given the mature, reasoned, and open conversations going on here, I can see it growing so much further in its quest for an inclusive national identity…if they live up to the talk.

One thought on “Differences”