Running off the Zanzibar ferry as fast as I could, piki-piki to the nearest bus stand, bus leaving immediately for the Tazara station… oh great, traffic. With little time to spare for my 1:50 pm departure time, I made it to the station!…only to find that the train was delayed to 10:00 pm. Lovely. “Arrive at the station at 7 pm,” said the lady at the counter.

Well, now what am I going to do for the rest of the day, carrying my bags, 6 km away from the city centre, in the middle of an industrial area? Back on the bus through traffic, I guess…

Six hours later, I return to the station. 7 pm. 8 pm. 9 pm. 10 pm! 11 pm… No announcements. Not allowed out of the station after they check our tickets, and it’s awfully stuffy. Only food available is cake. Huh, no one’s complaining, everyone’s just sleeping on the floor and the station is packed the the gills. Despite all of this, people still seem in good spirits — many people, some who didn’t speak any English at all, tapped me on the shoulder and wanted to chat. Sarah, a high schooler from Dar, told me that delays were just a part of life. Some of her friends commute three or more hours each way in heavy traffic just to go to school, and they still have to find time to do homework, eat, have a social life of some sort, and sleep!

Train arrives at 11:30 to cheers and applause, and also a crush of people sprinting onto the platform, trying to get a seat in third-class. As for us…first class, reserved beds. We board last, and we’re off at midnight, whoo! 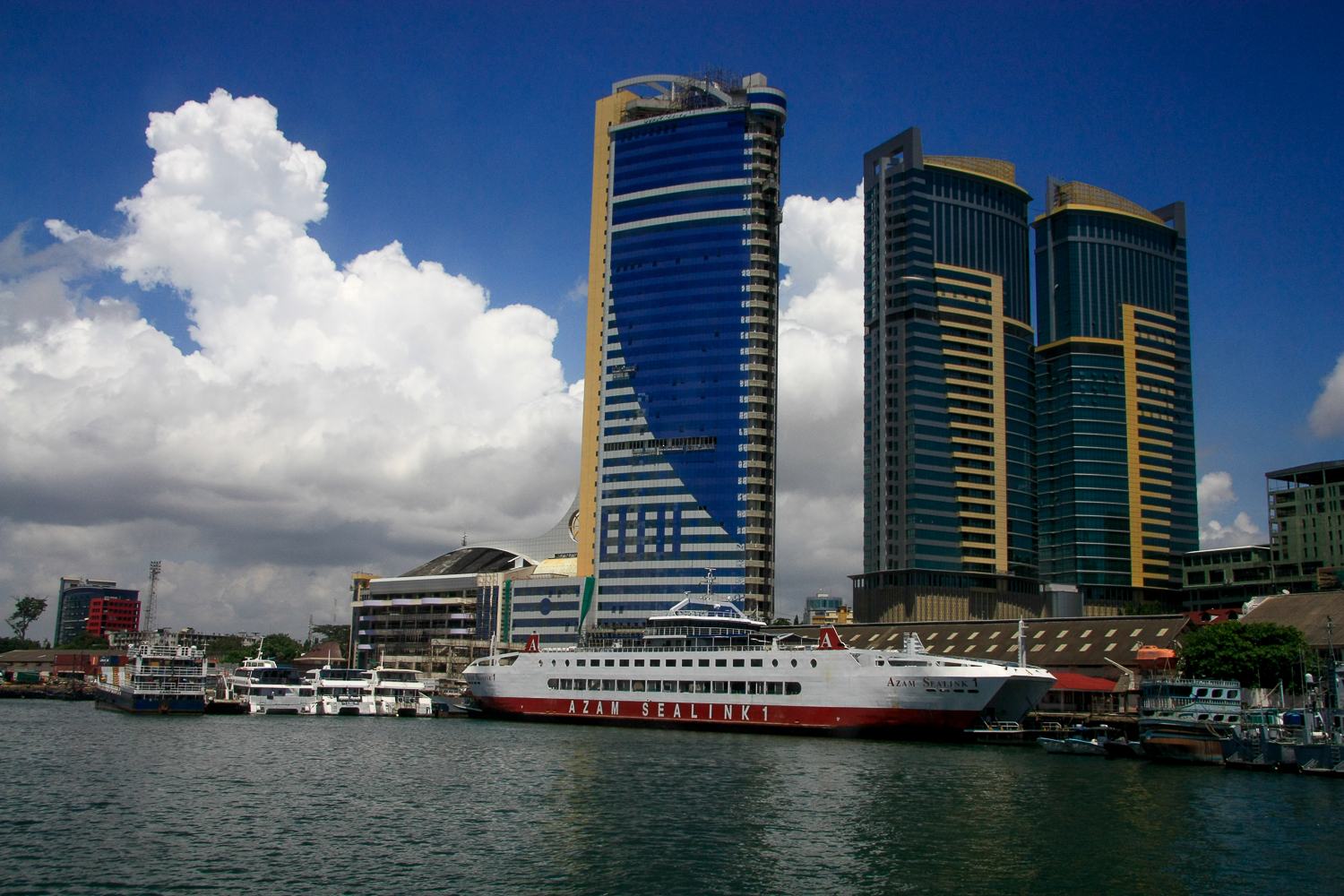 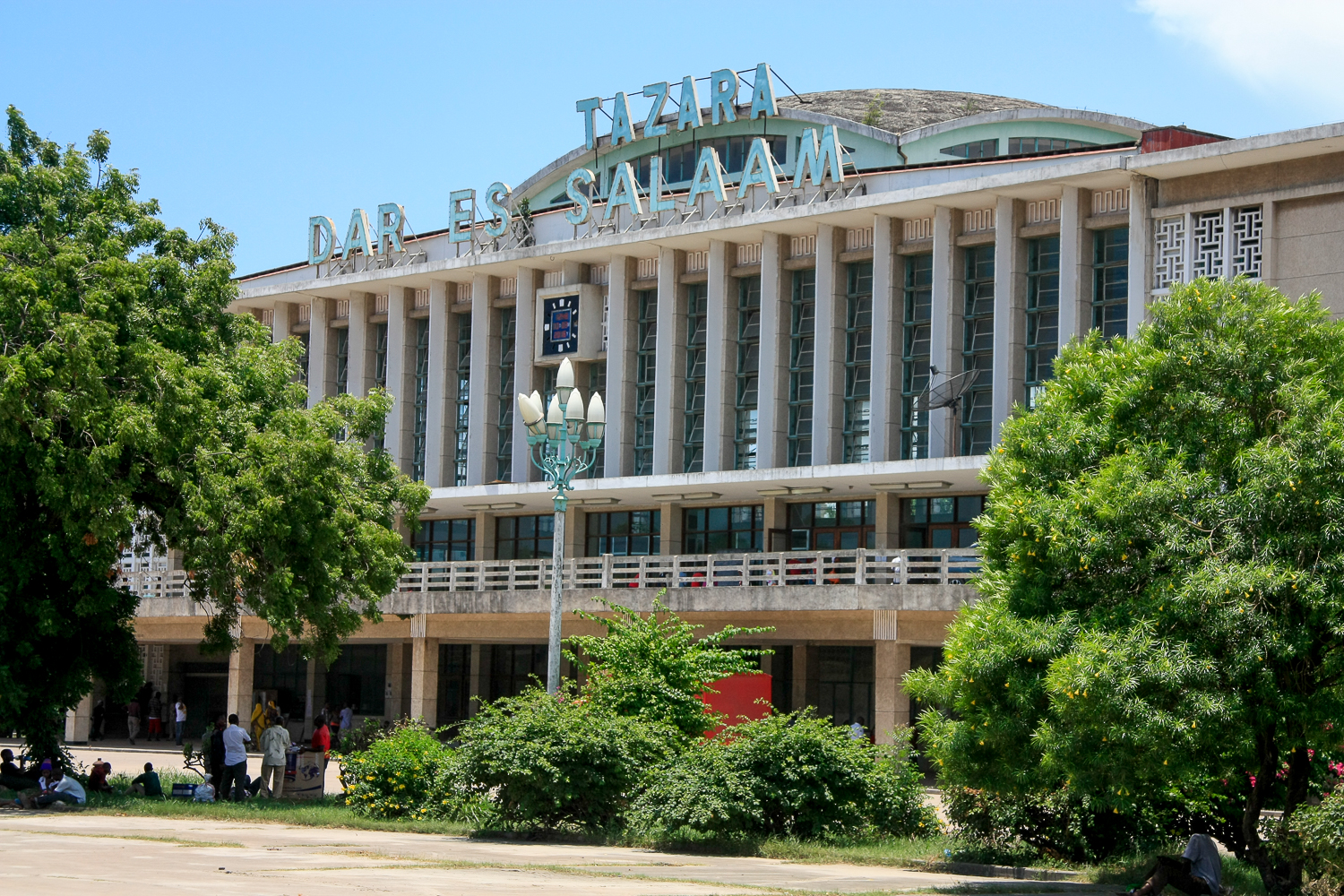 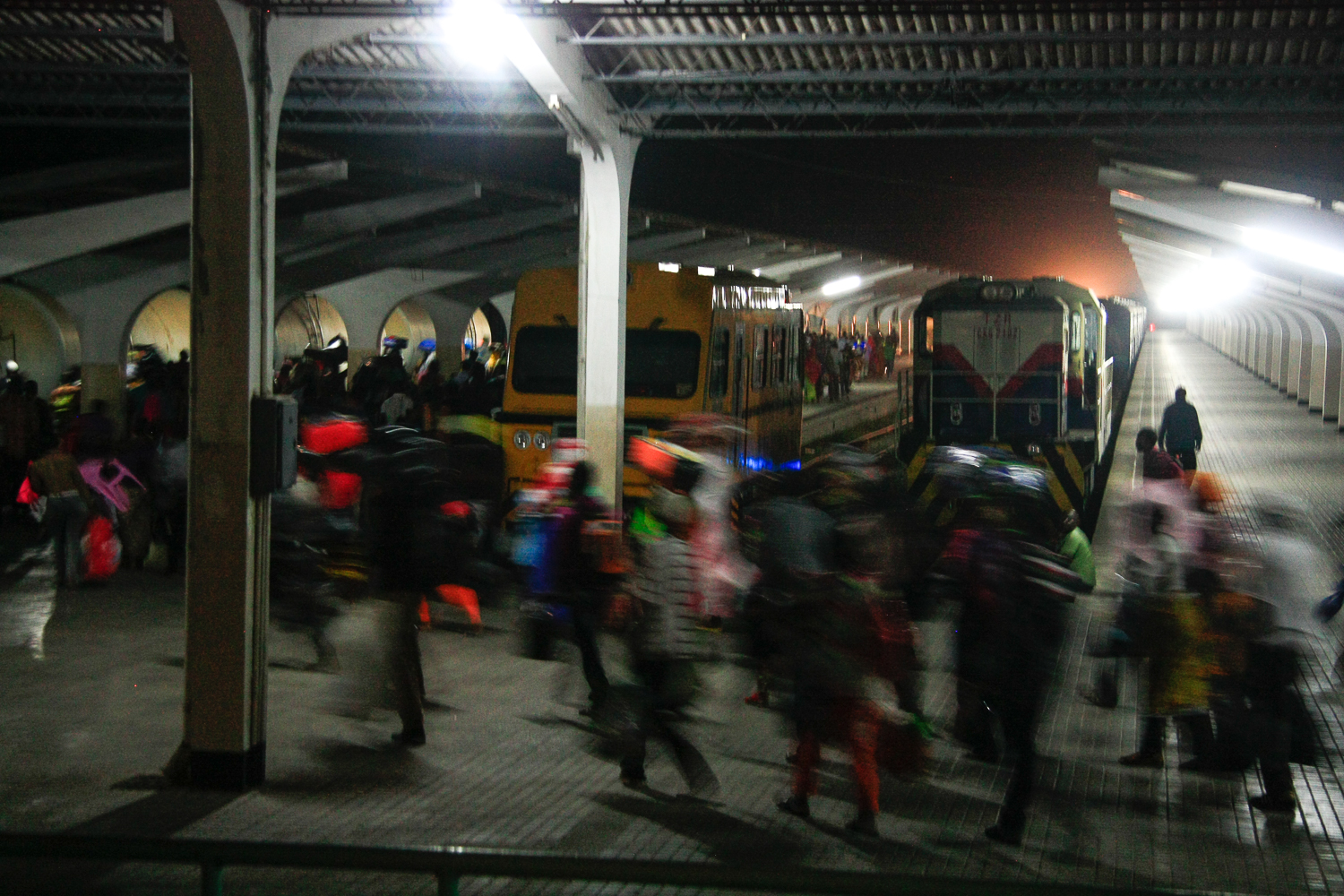 I share my cabin with Hiroki from Japan and Erick from Kenya, both heading to Zambia as well, and Cornelius from Germany, heading to Mbeya in western Tanzania. Dinner is inexplicably served at half past midnight. Our table’s loose and jittering with the train. Sweltering in the heat, our room’s fan doesn’t work. Neither does the one electrical outlet. The light works by connecting two wires. (As the locals later said, “If only you took the Zambian express train that runs on Fridays! It’s newer, less late, and everything works. This Tanzanian train you’re on is stuck in the ’50s.”) But we’ve got beds, blankets, sheets, and room service during mealtime (saving us a walk to the dining car), a cold shower and sink in the shared washroom (though the water ran out on us twice, despite a refill), plus cold soft drinks and beers (well, until the ice melts, since they only have an icebox and not a fridge in the bar car) so it’s all good! 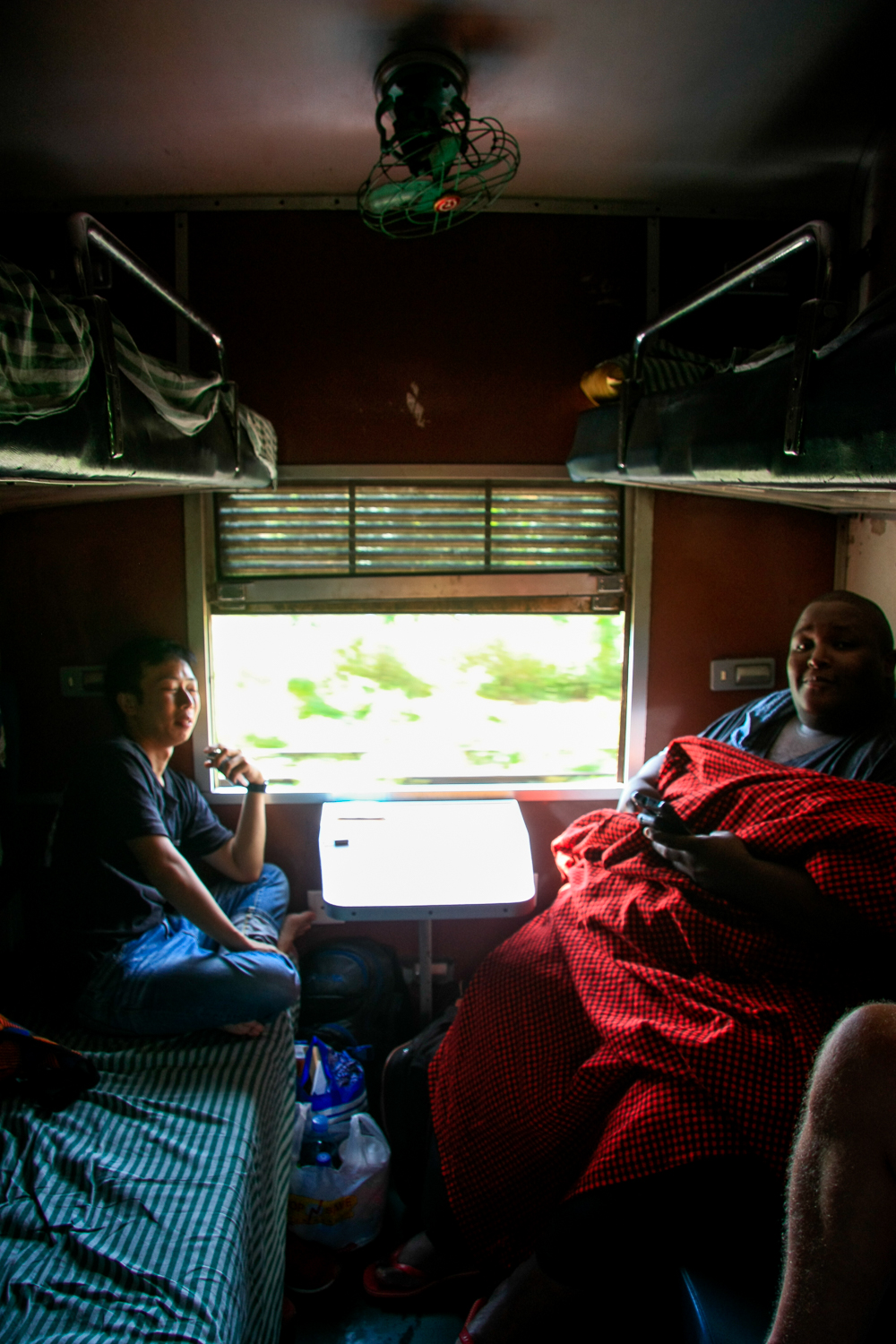 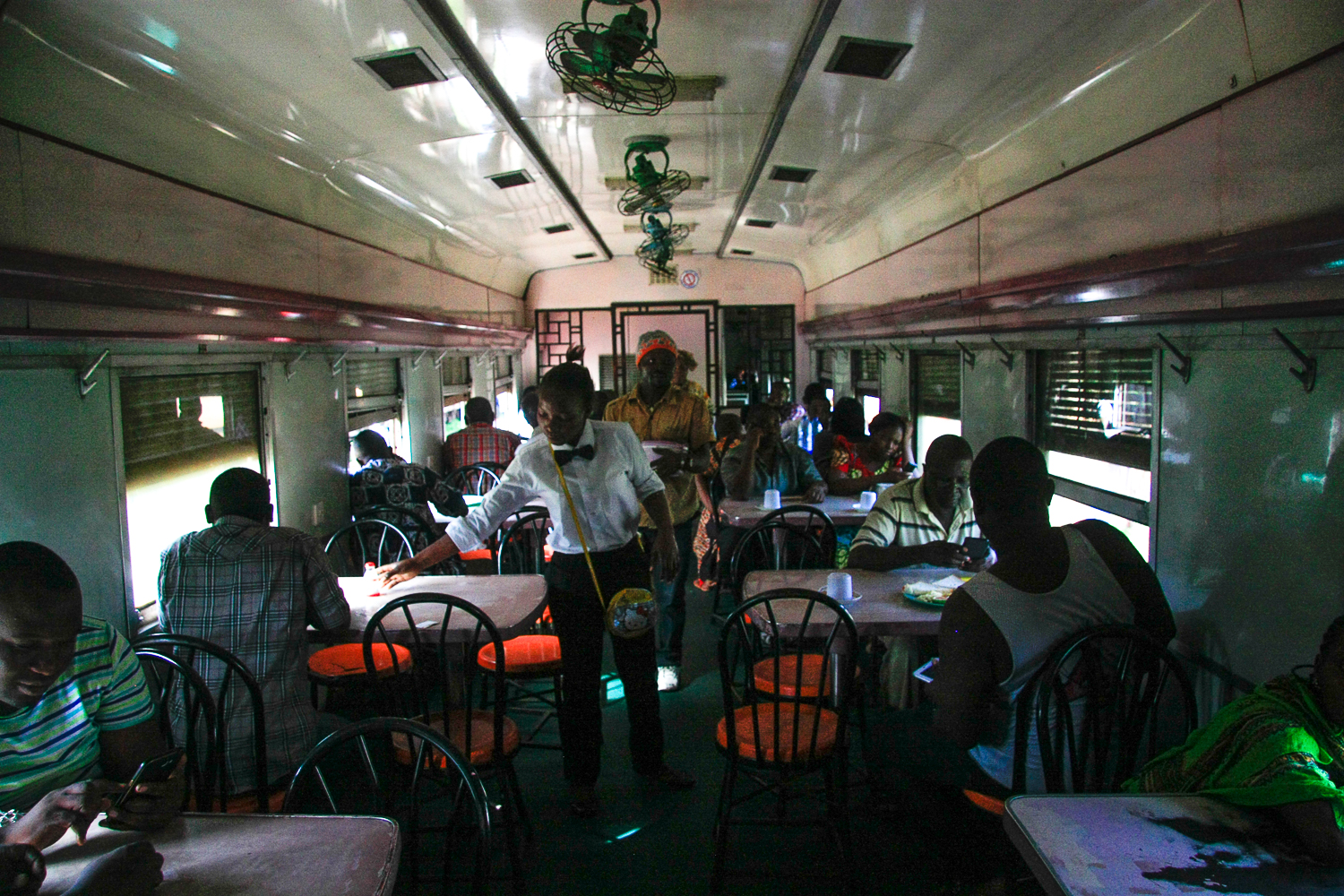 This train journey is worth all the trouble. Over the next two three days, we zip past the plains, over bridges and through tunnels, gaining elevation and getting a reprieve from the stifling heat (which promptly turns into weather so cold we shiver at night). We pace up and down the trains, staring (or sticking our heads) out of the windows for hours. Due to our late departure, we passed through a national park in the middle of the night rather than the afternoon and missed out on animals, but we got to see much more village daily life in exchange. 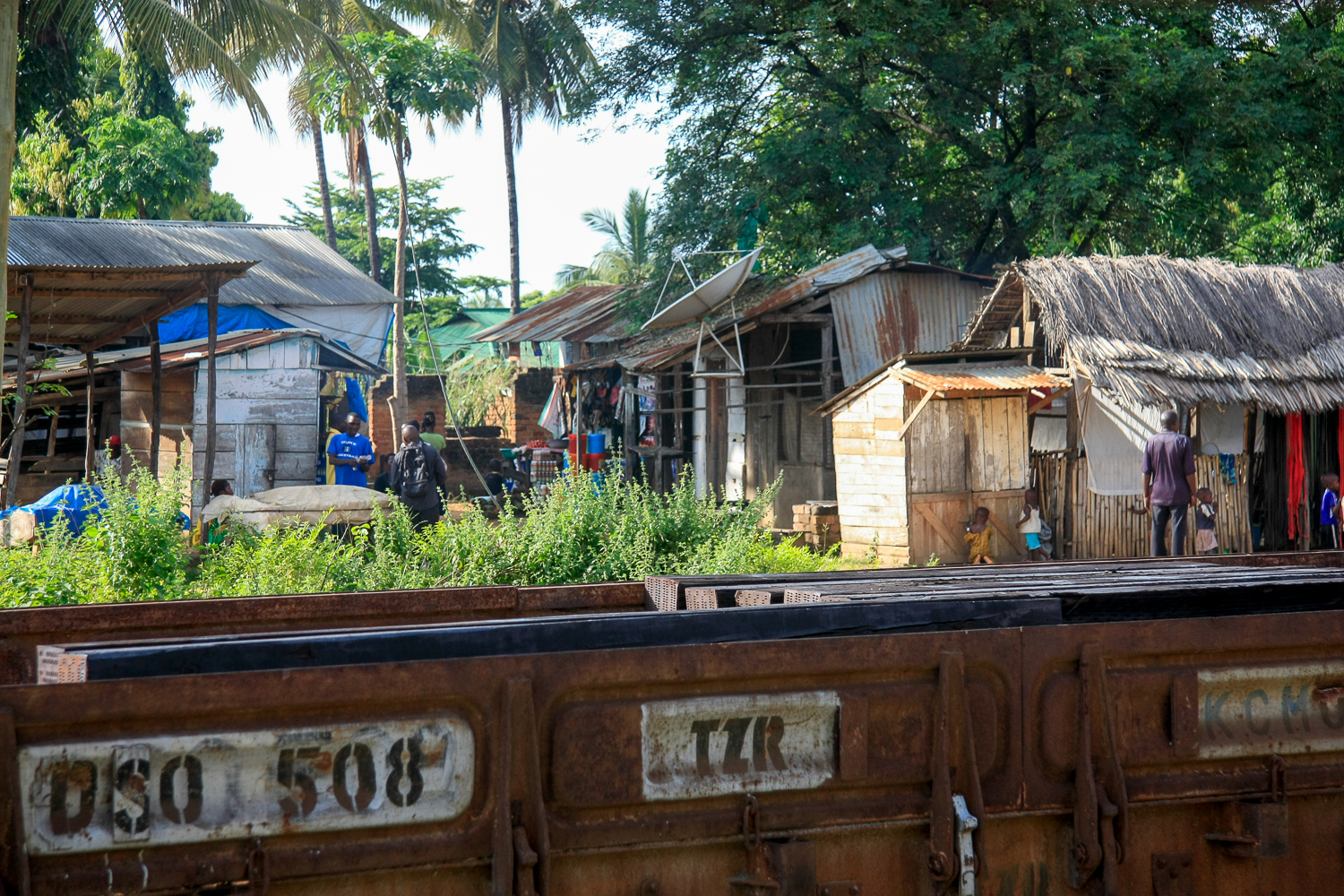 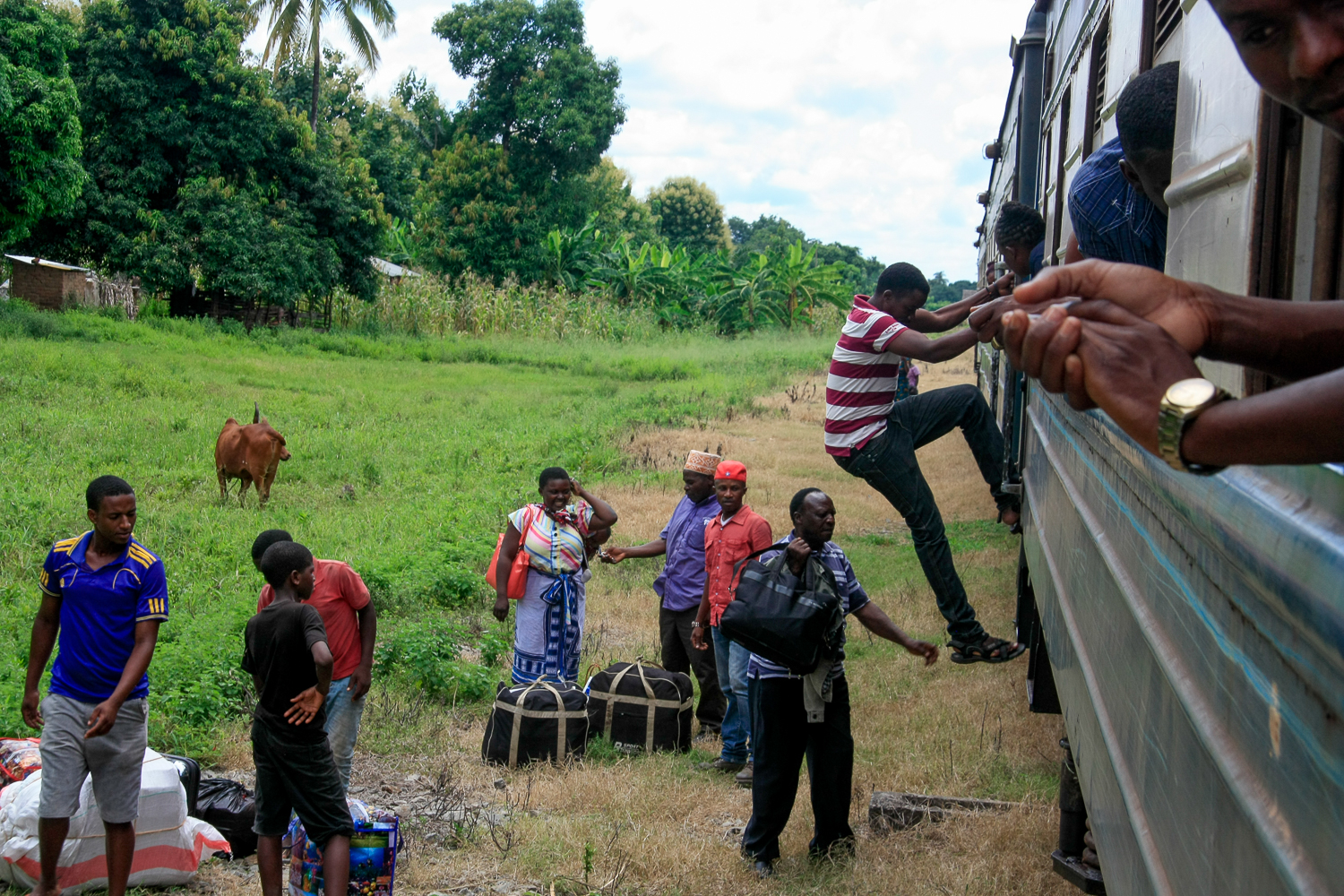 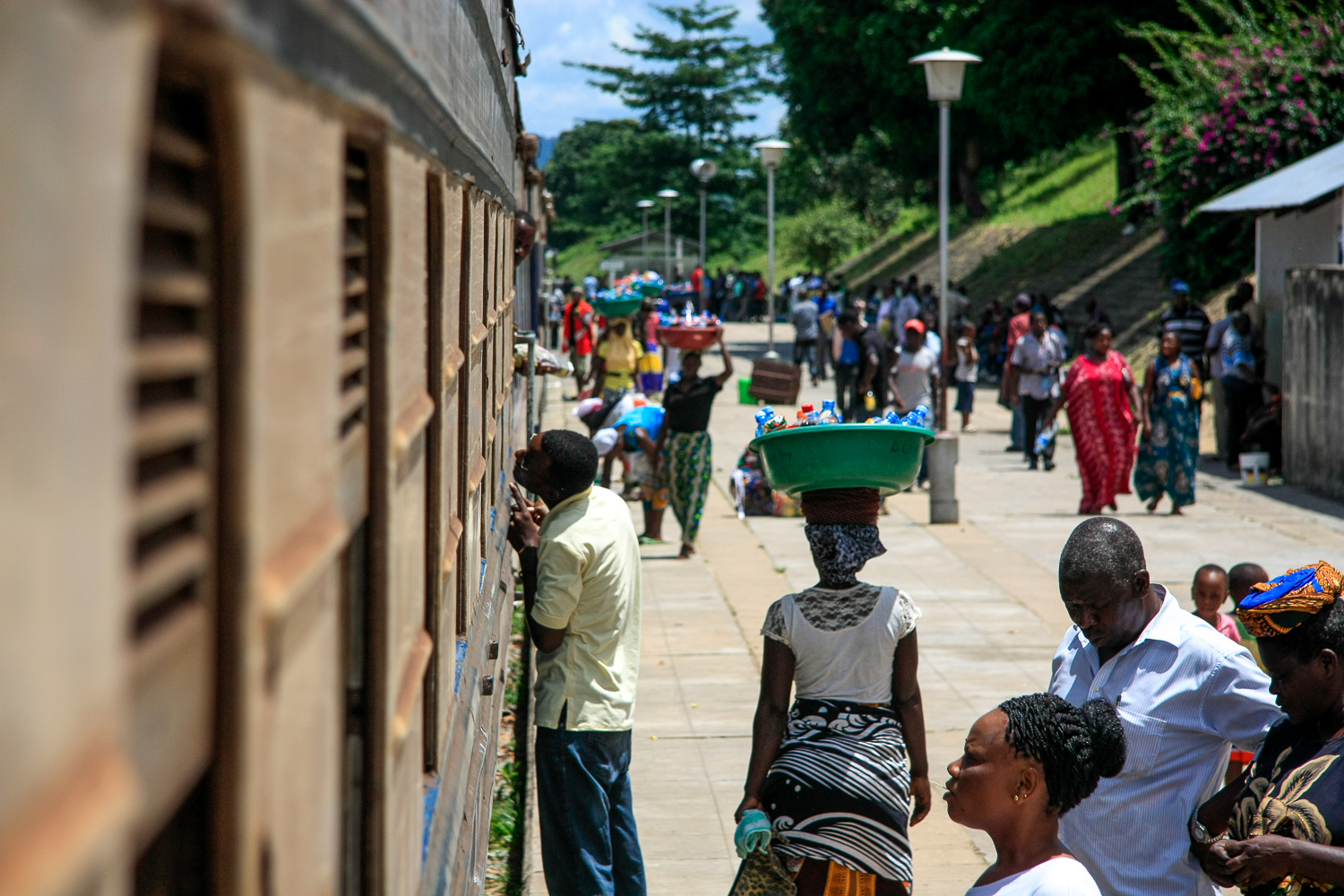 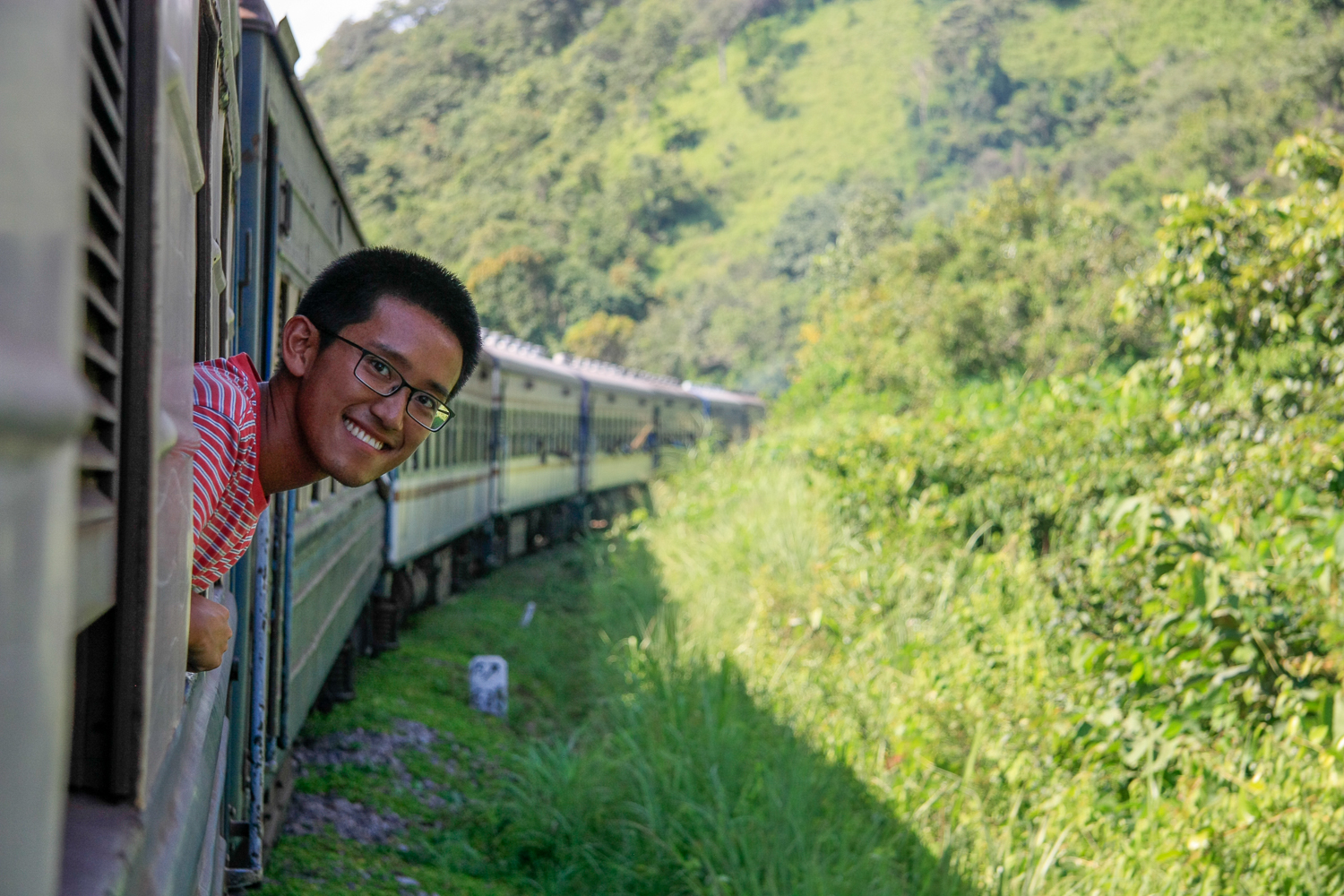 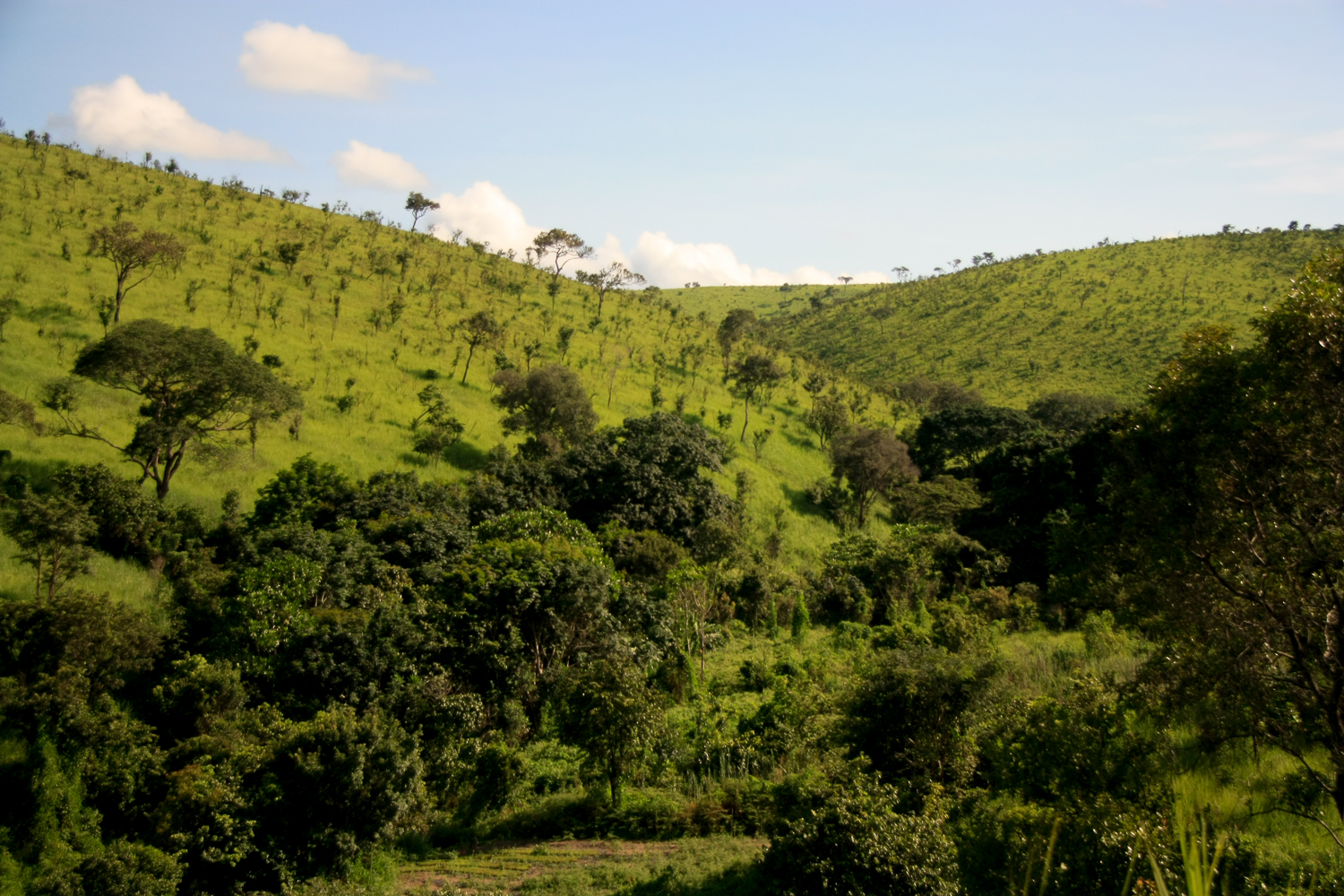 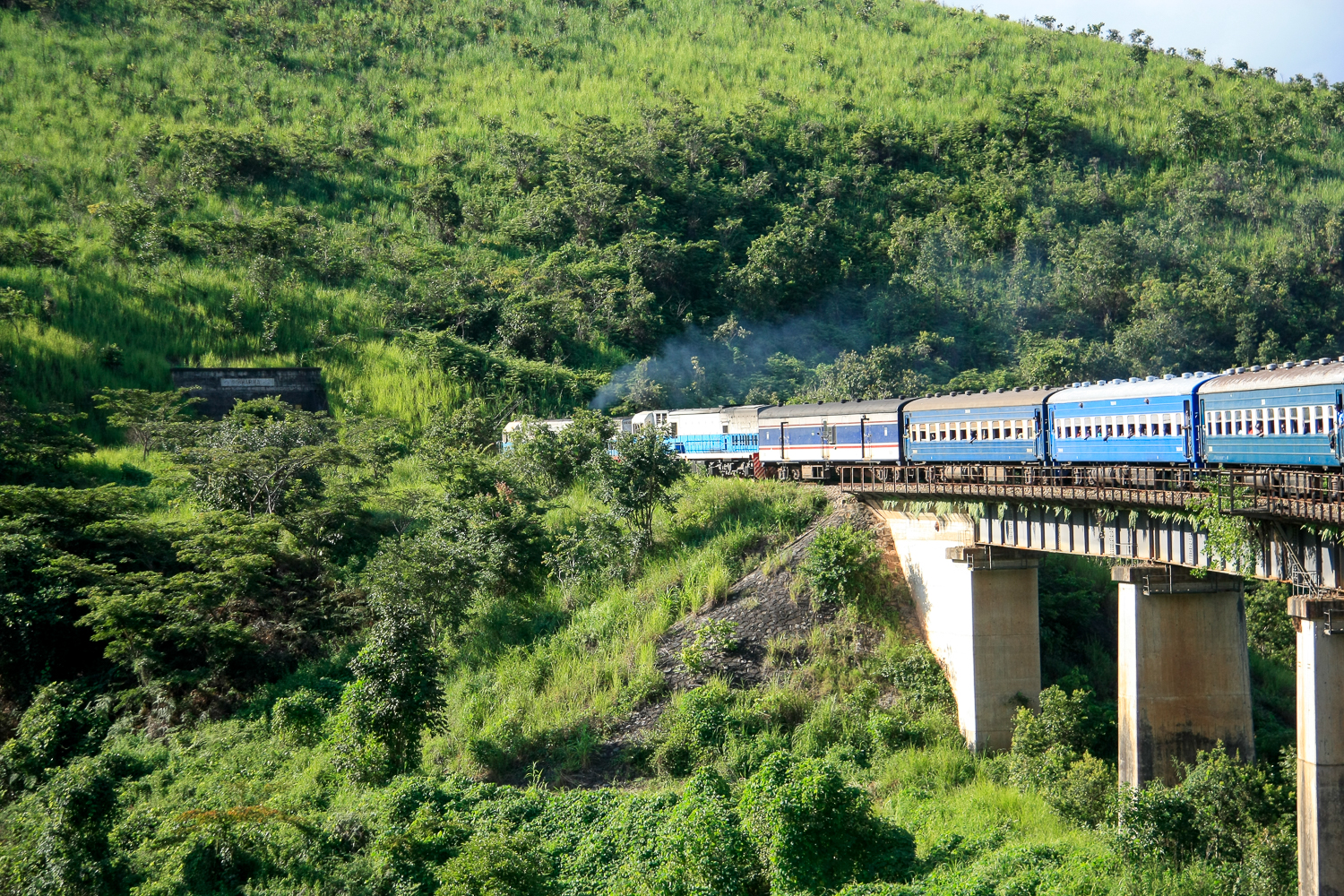 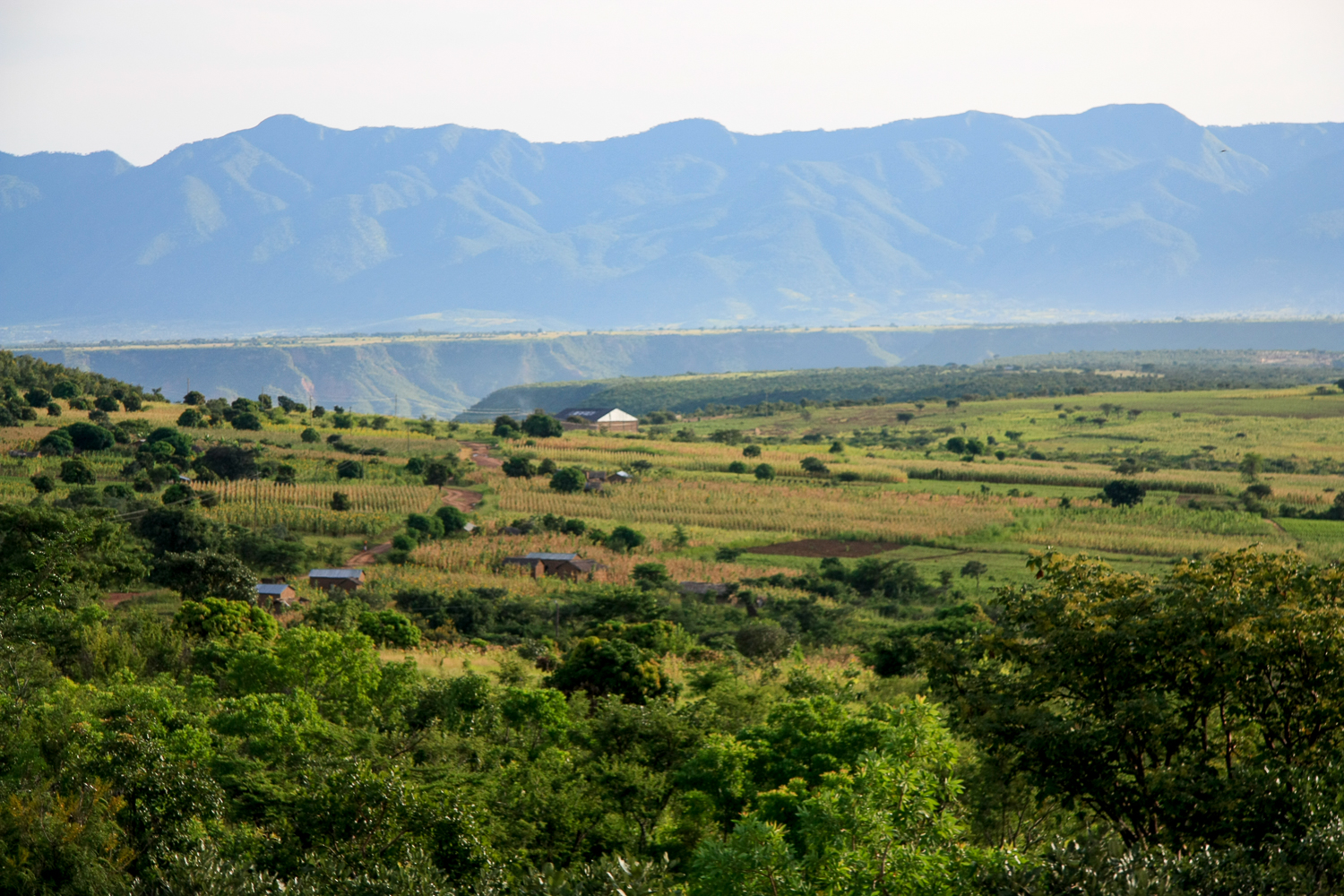 Each time we pass a village, children chase the train and wave at no one in particular. 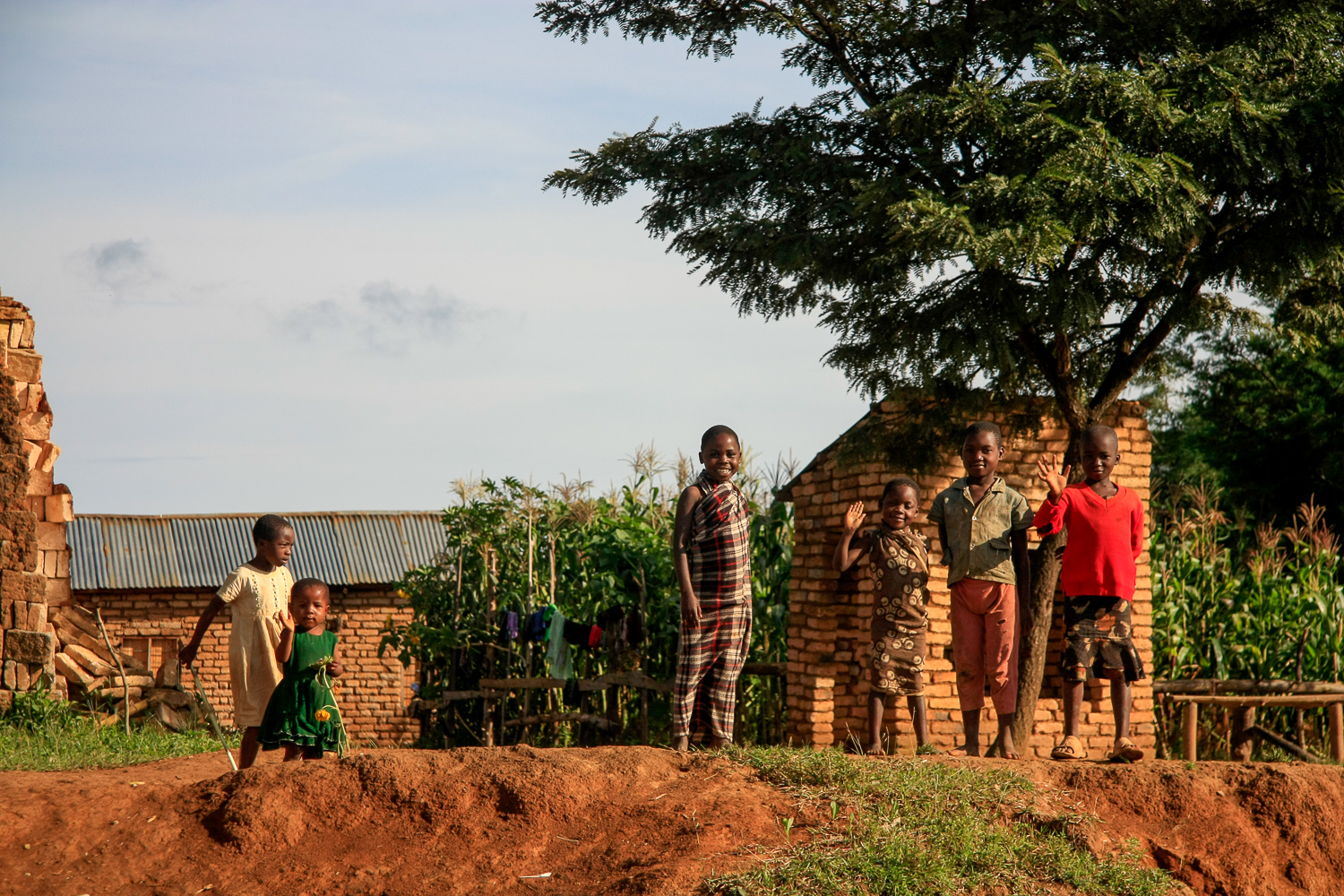 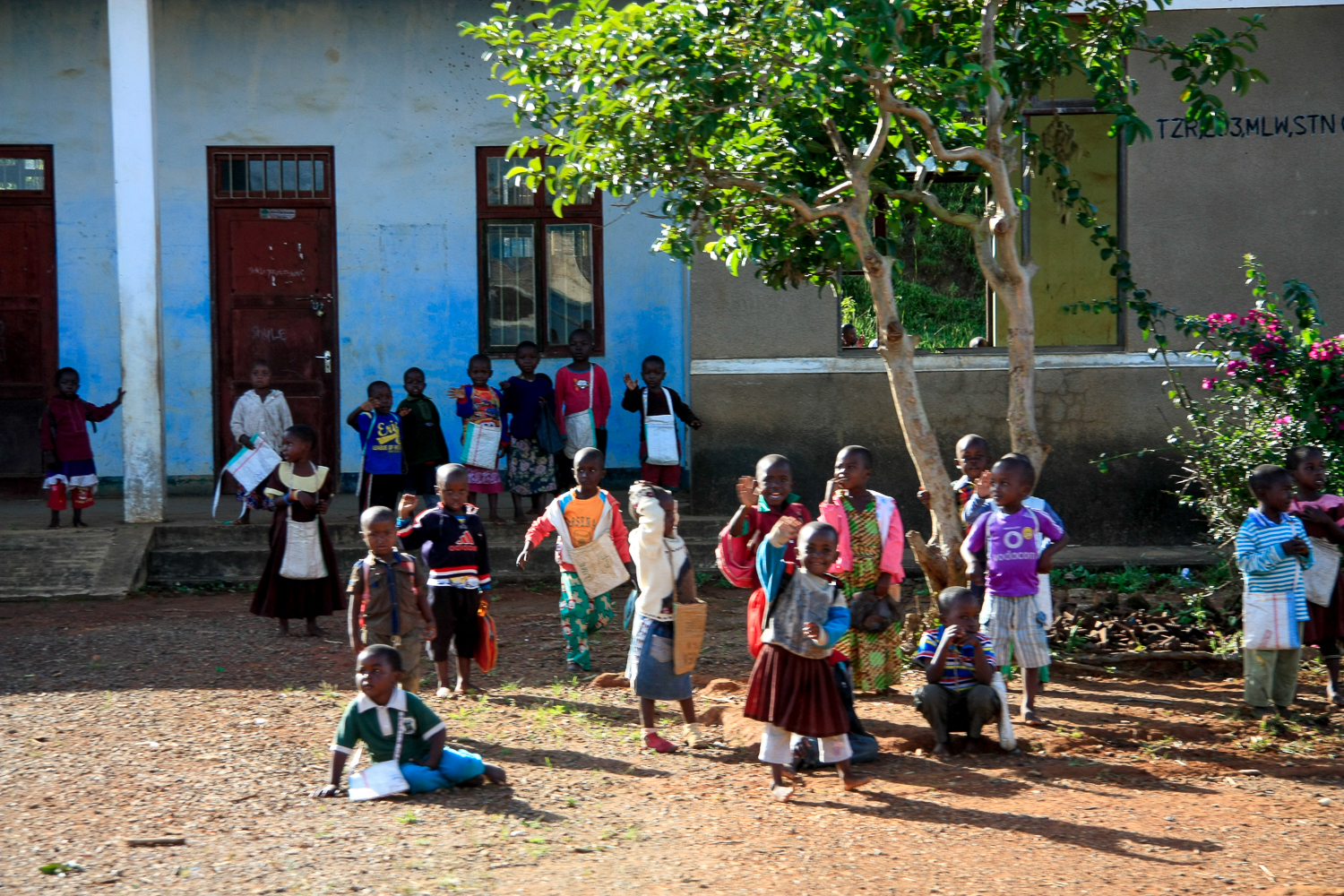 We say goodbye to Cornelius (who arrives 15 hours off schedule, in the middle of the night, and needs to find a place to stay in a town completely unfamiliar to him!), cross the border in the morning on the train, and are joined by Davies, a Zambian working for Tazara but taking the train (for free) on his personal time. Accompanying him at the border stop of Nakonde is what seems like another hundred people, carrying tons and tons of vegetables and bags of grains — as did Davies. Apparently much of the food is less than half the price at the border than in the cities, as Davies immediately demonstrates by buying three whole pumpkins for 5 kwacha ($0.50) through the window of the train. 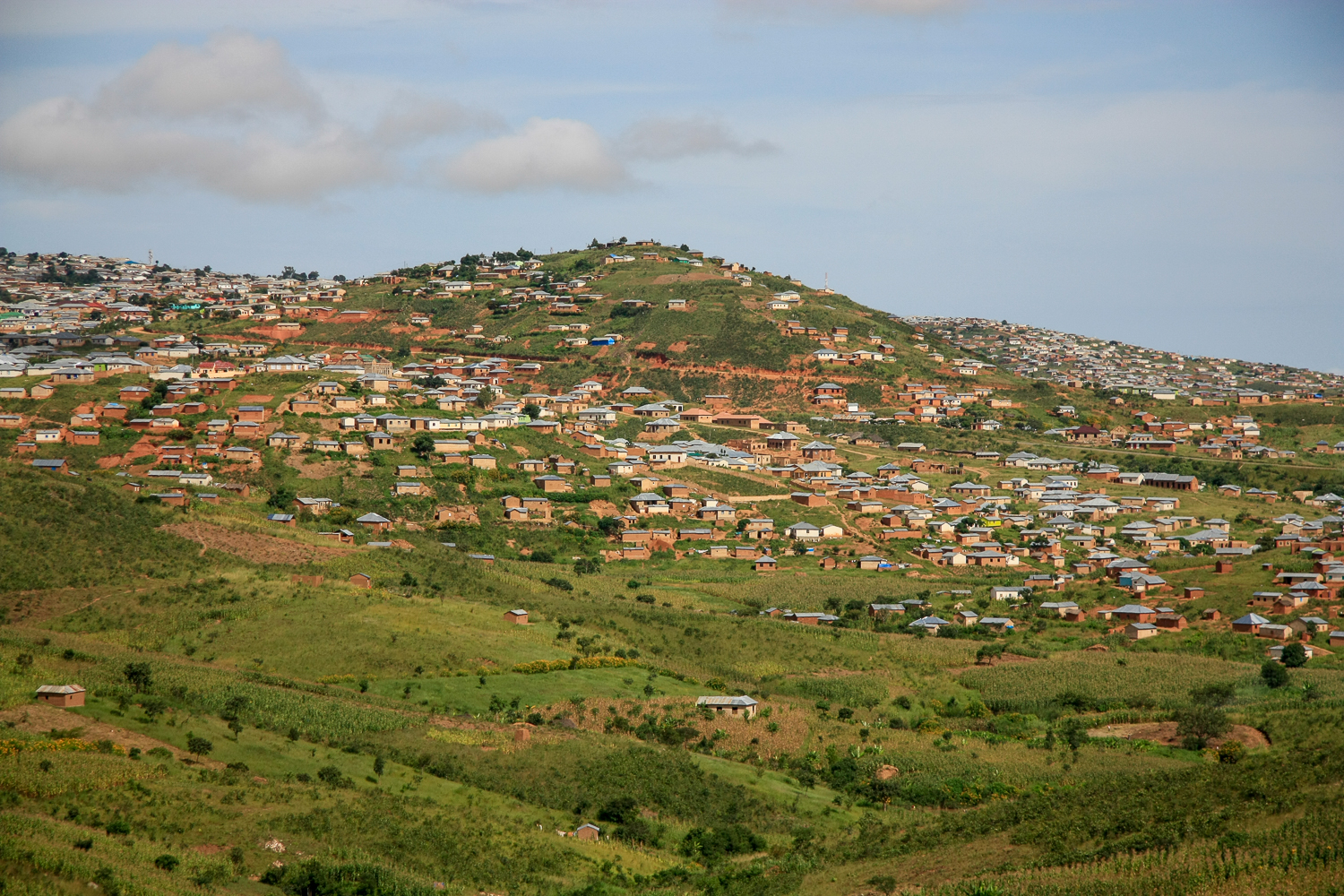 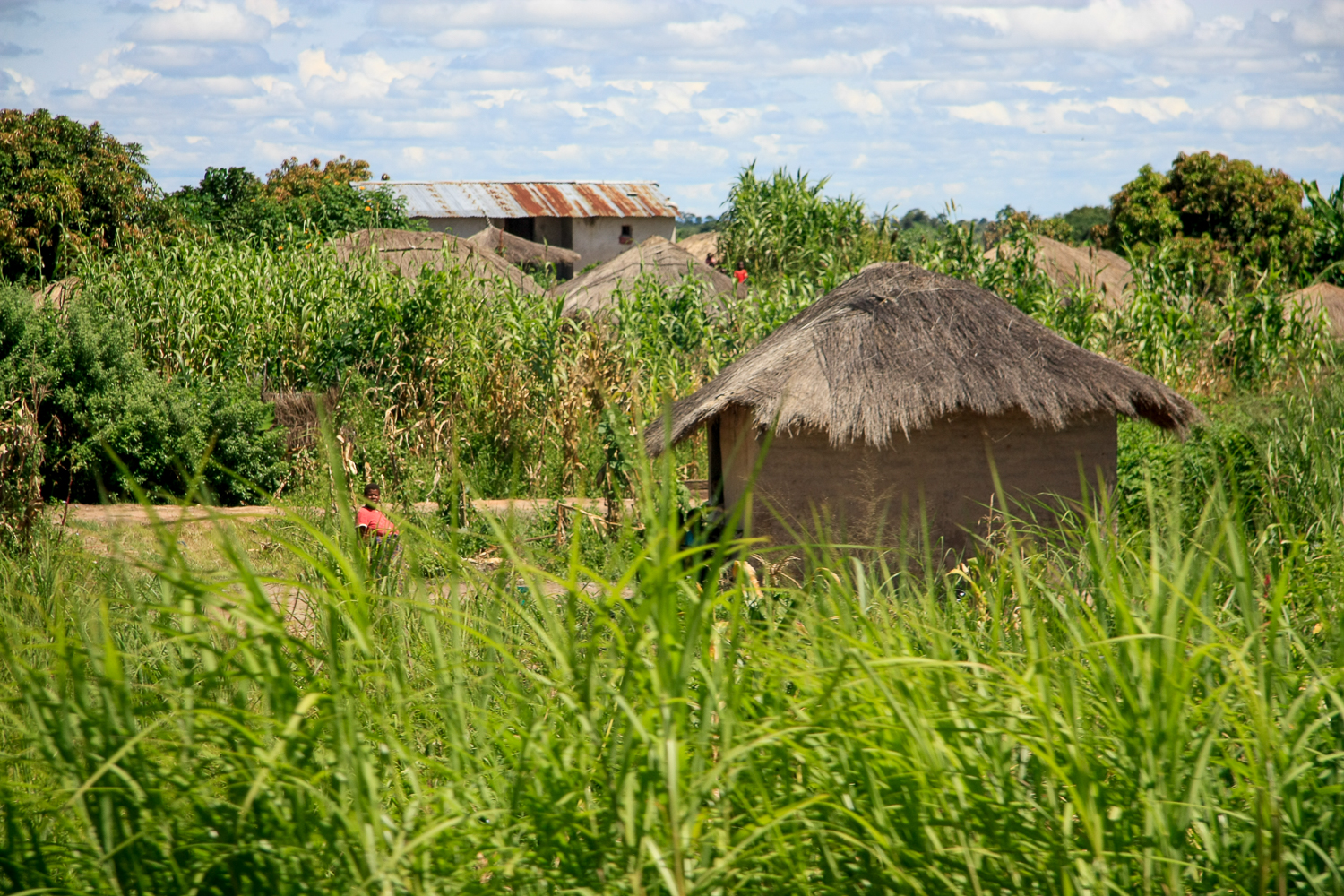 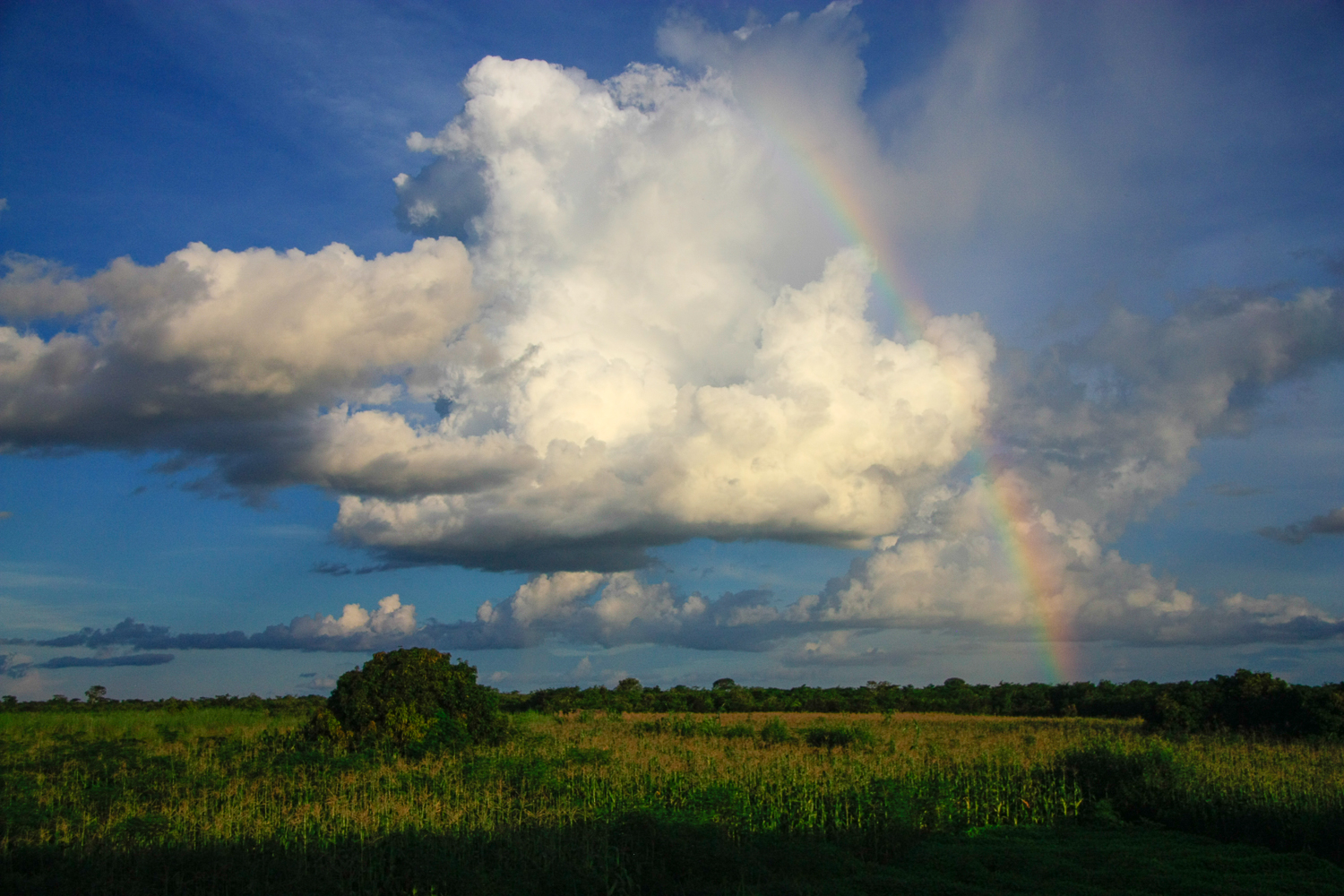 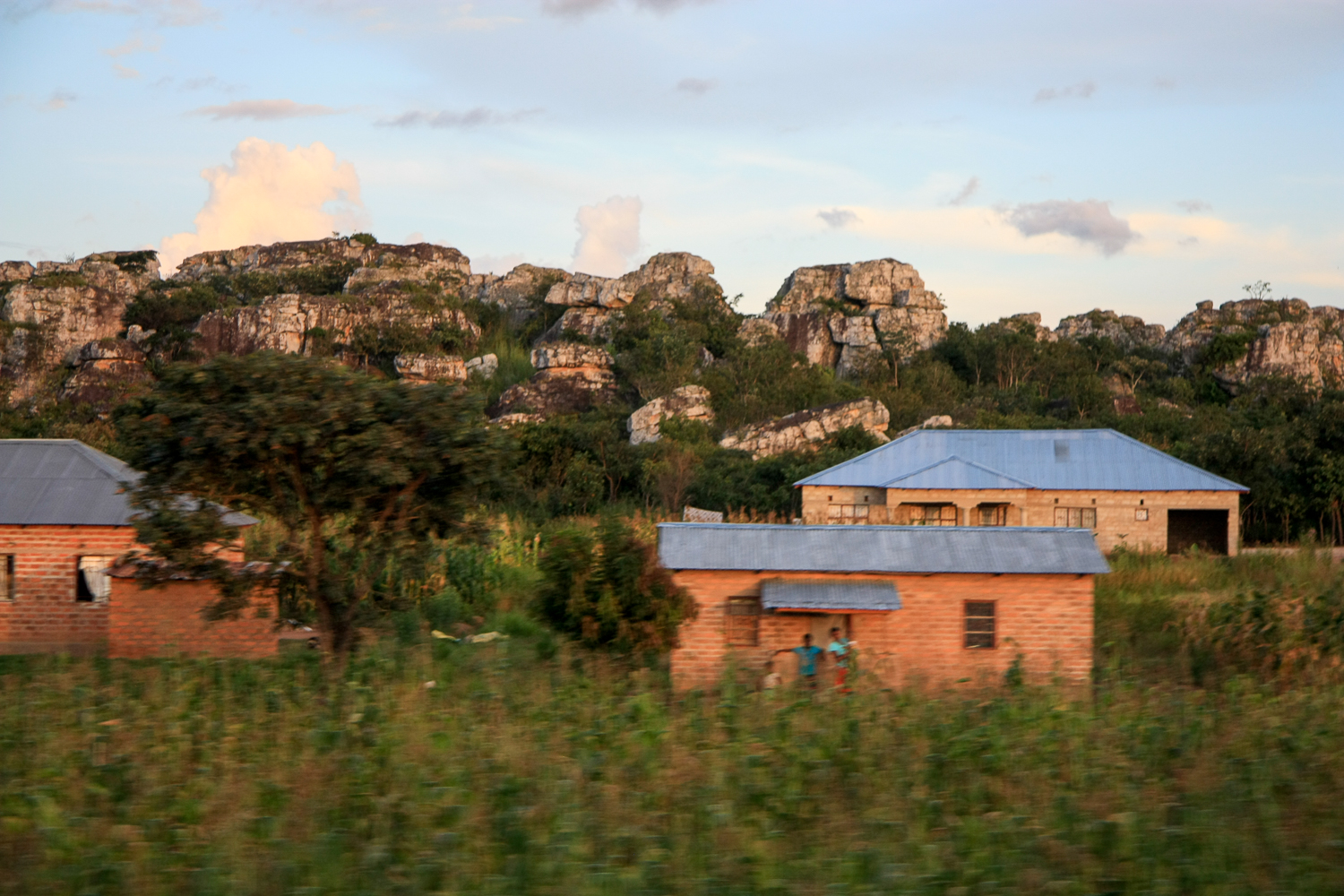 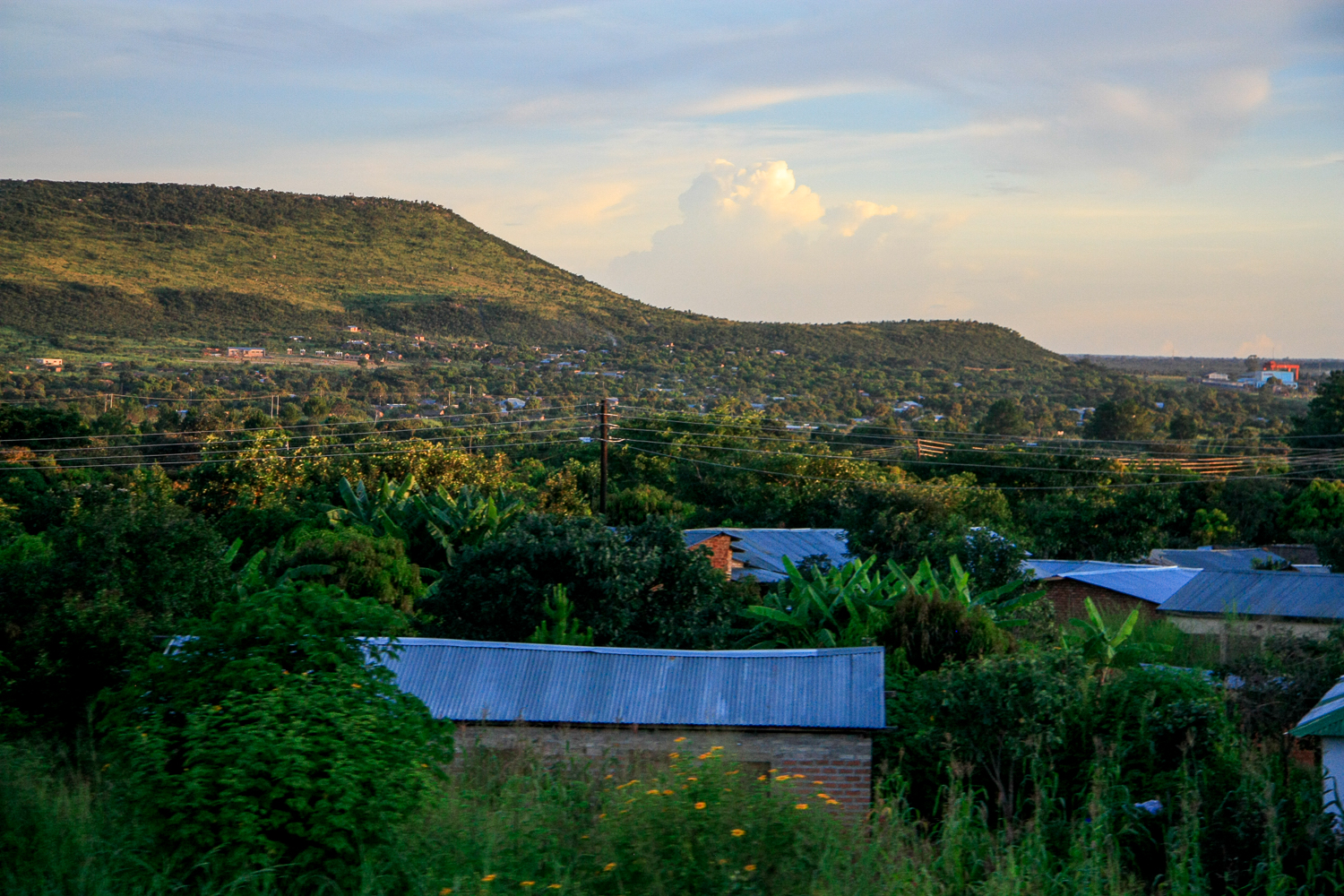 Heading deeper into Zambia, the scenery stayed the same, and the villages looked the same as well. But we were also making a lot more sudden stops in what seemed like the middle of nowhere, even during the night, often in the midst of large thickets of bushes and trees with no village or even houses in sight. Davies pointed out the telltale thin dirt paths that led to settlements hidden, but not too far away. While disembarking at these bush stops (not official stations) is hard enough in the dark, trying to board the train from them can be a huge ordeal, since they get no news as to whether the train is late or not — we were running 18 hours late at this point! (And of course, the Friday express train never makes these stops.) 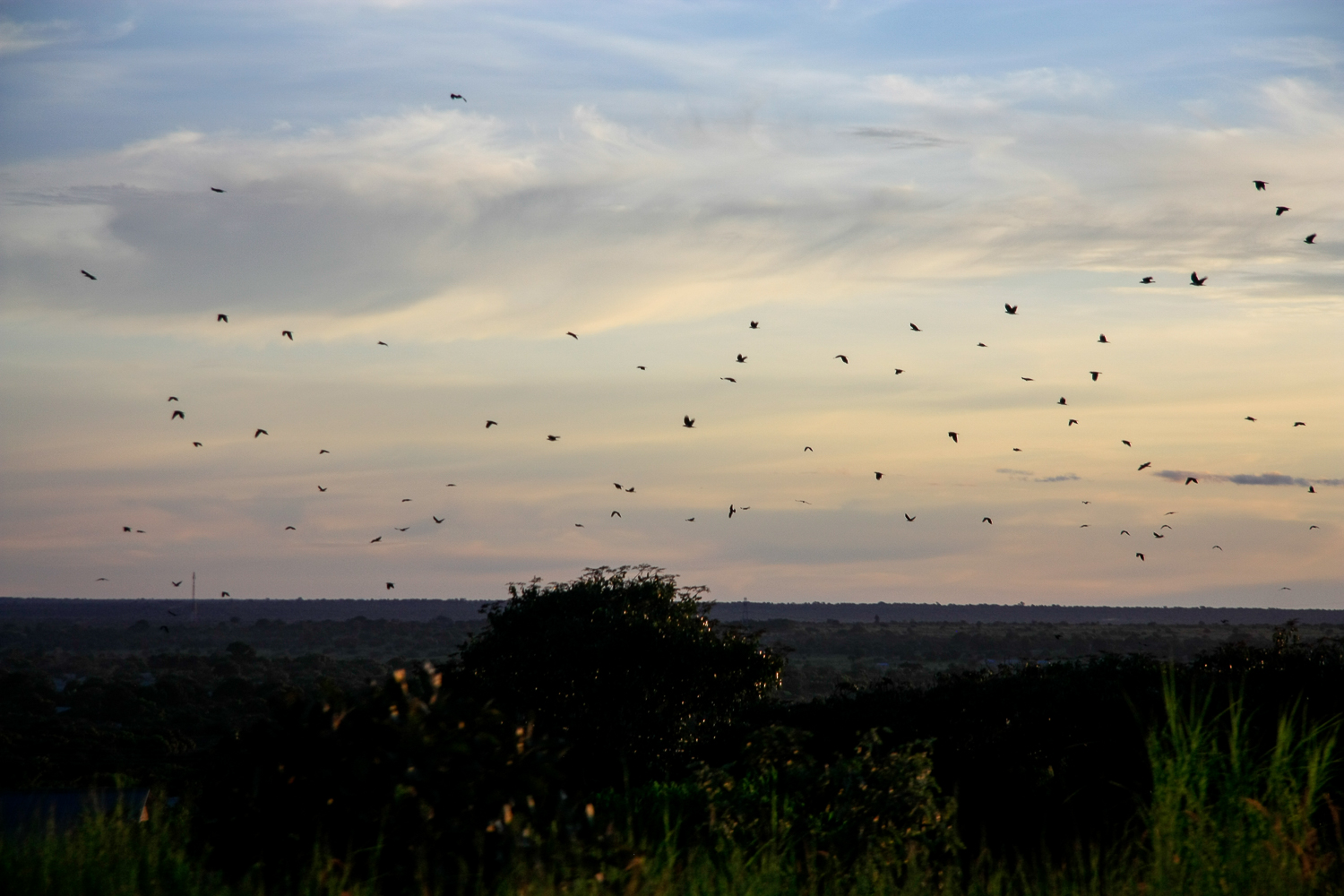 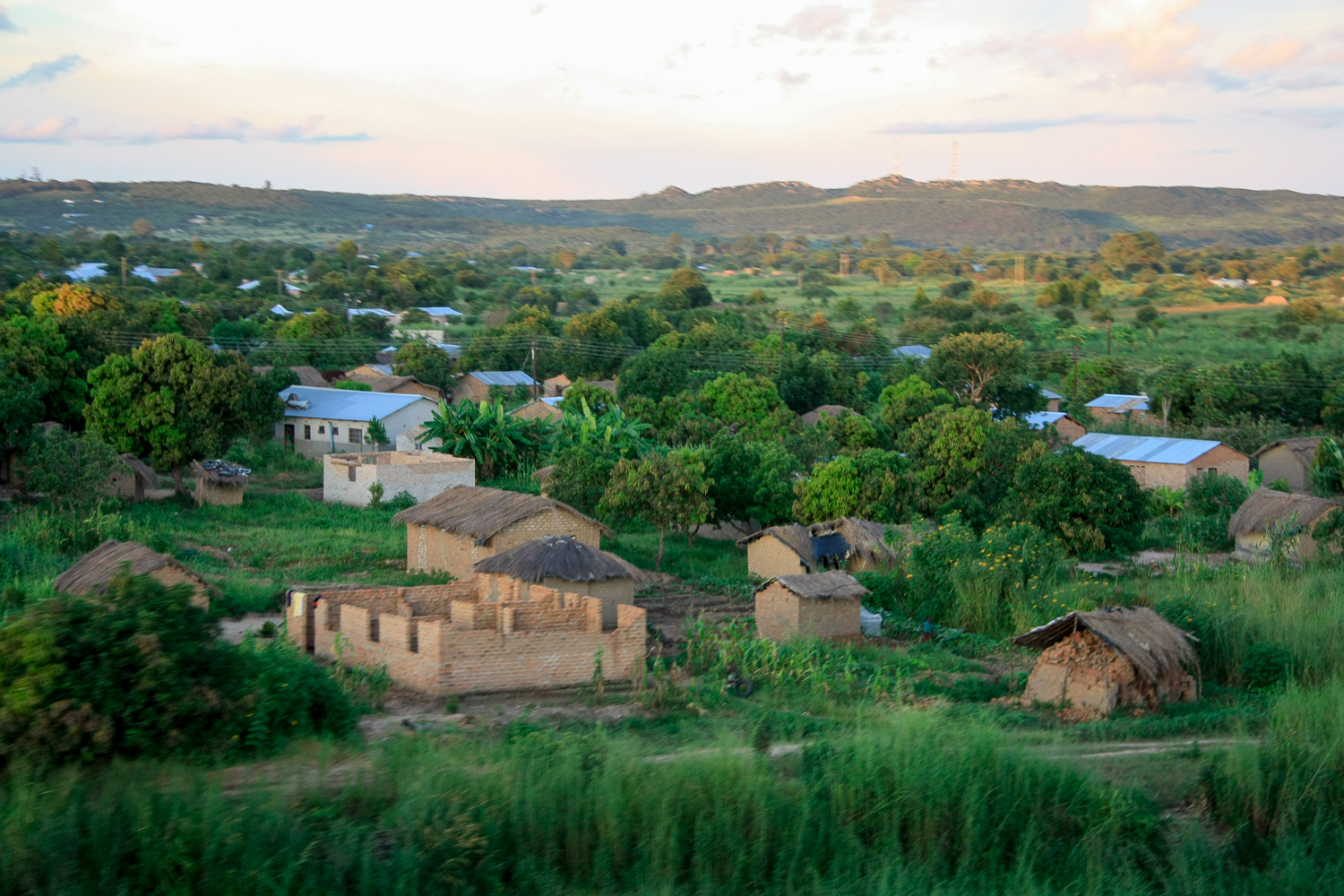 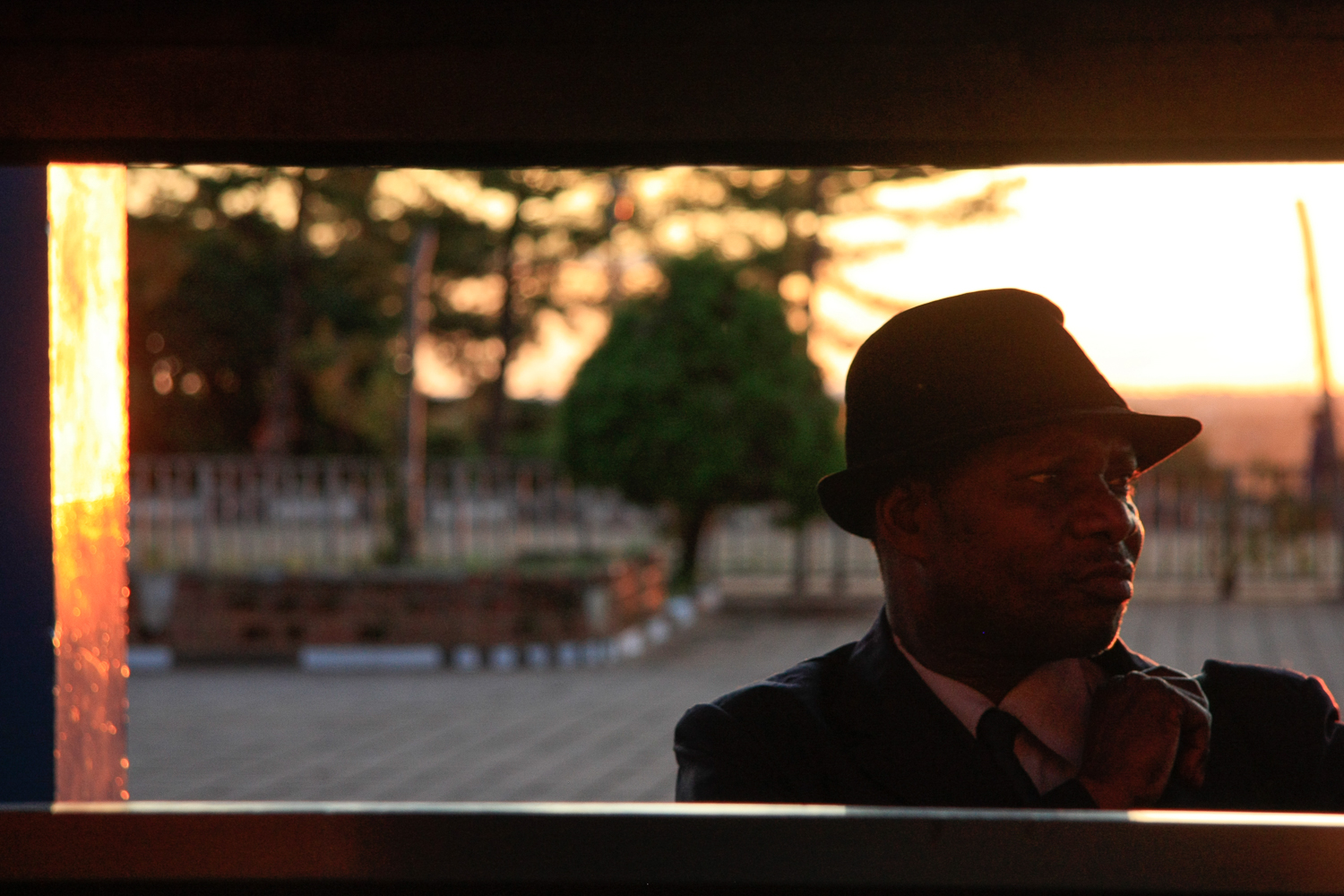 And 18 hours late we stayed, as we woke up the next morning and finally reached Kapiri Mposhi at 8 am on Friday (scheduled arrival: 2 pm on Thursday), mere hours before the train (which needs cleaning, refueling, and restocking) was scheduled to make the journey back to Dar. All in all, not bad — there are stories out there of the train journey taking five days! 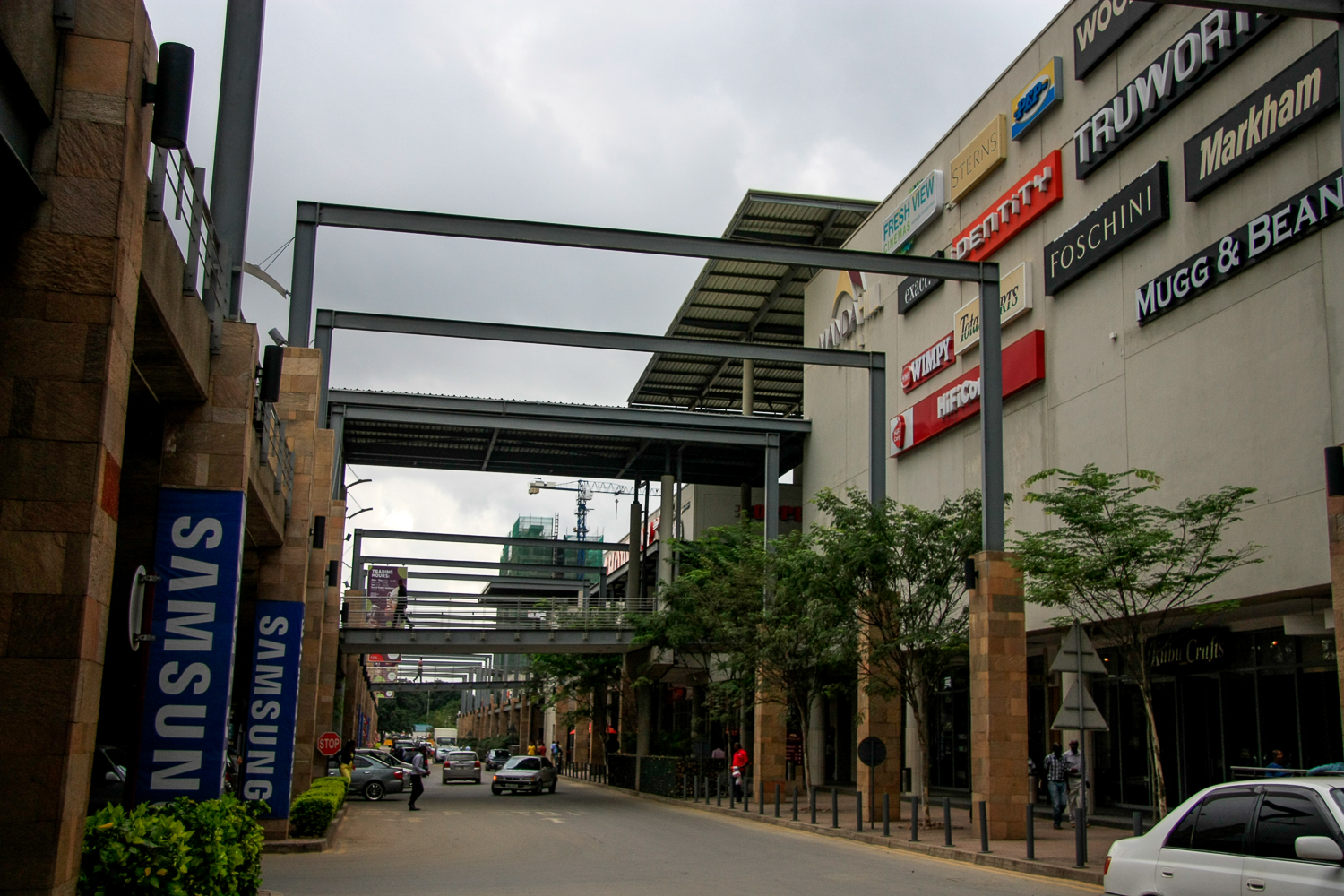 Hopping on a minibus immediately to Lusaka, 200 km away, the highway is covered in signs advertising grow-ops and agricultural chemicals, plus an interestingly large number of ads advertising materials and services in Chinese — China’s got a big presence here in the mines (though with the demand for copper tanking, Zambia’s economy and currency has gone down with it), and they have plenty of residents here. Entering the city, the change is sudden and dramatic, with the humble, scenic villages replaced by wide streets, a few tall buildings here and there, and a ton of Western-style shopping malls — four of which I had to wander through in the one afternoon I spent in Lusaka, trying in vain to find a camera shop. I’m not in East Africa anymore — Lusaka is clearly within South Africa’s very large sphere of influence and affluence. Despite covering another 2000 km in three days, there’s nothing of interest to keep me in Lusaka: time to keep moving.