After seeing nothing but humble villages and even the largest town (Khorog) with a little wear-and-tear out in eastern Tajikistan, it was jarring to see the roads improve rapidly and the level of development rise once we continued into the west and left the Tajikistan/Afghanistan border. The scenery changes into a generally more monotonous flat, hot, and dry valley, and I found myself missing the dramatic Wakhan and Pamir mountains pretty quickly.

There were exceptions though: aside from the fleeting glimpse of the ultra-blue Nurek Reservoir, take the clearly-reconstructed yet still very different sight of the Hulbuk Fortress, dating back to the 11th century. There was a wedding going on outside. Joined by Israelis Oren, Erit, and Ido on our ride with Munar to Dushanbe, Oren must now have cemented himself as a legendary figure who descended upon a wedding party, proceeded to dance circles around everyone, then disappeared as the police broke up the party before even getting to introduce himself. Heh.

Then a few hundred more kilometres and then bam, Dushanbe.

The reservoir and the wedding crasher 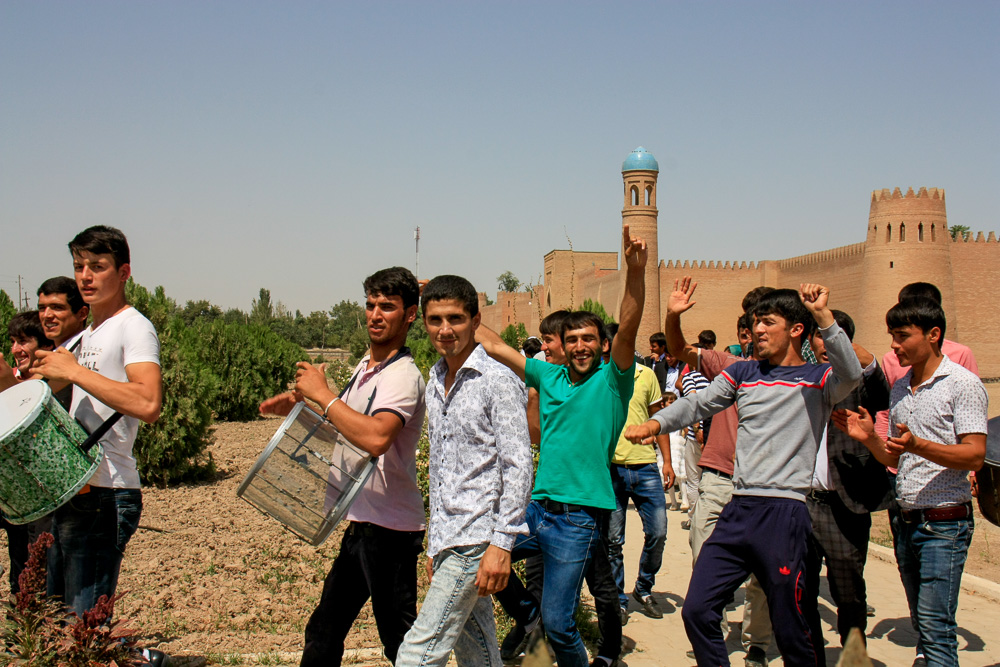 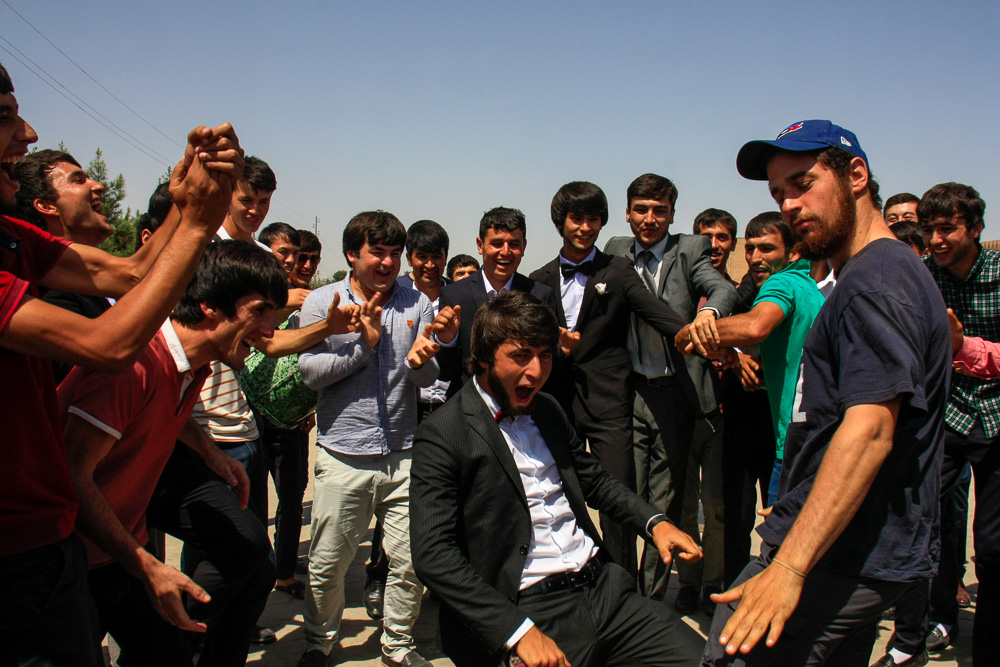 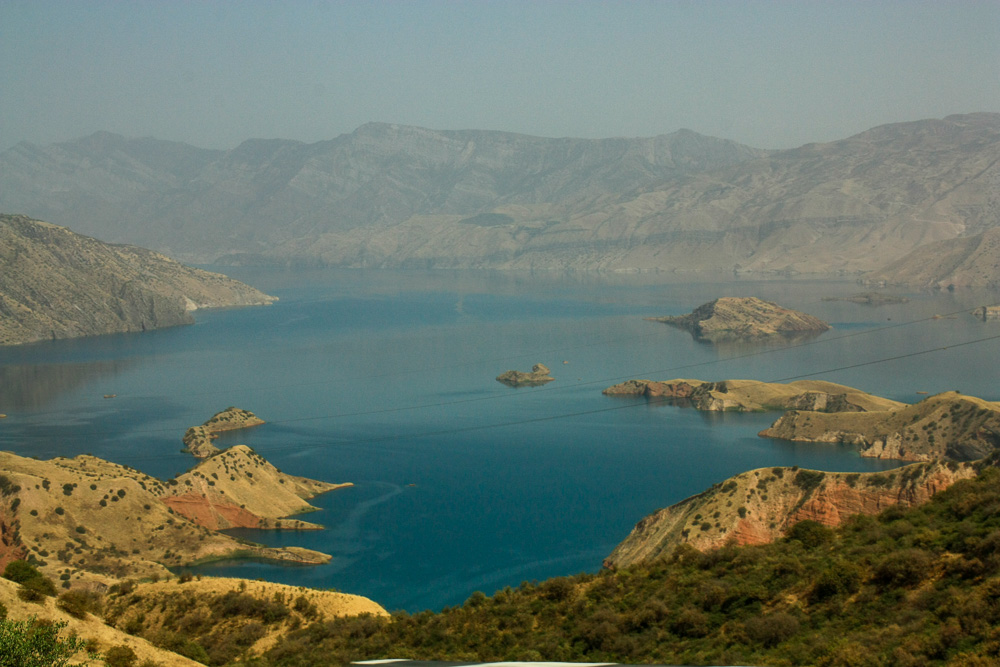 For such an impoverished country, where did all of these giant buildings come from? Despite only arriving in the mid-afternoon, Munar was leaving the next morning back to Osh, so we blitzed through the city to see some highlights, while I spent an extra day seeing the rest. There’s the grandest type of Soviet-style architecture, in bold pink, blue, and yellow varieties. Giant hotels from international chains. Giant fountains — and there seem to be fountains everywhere. Wide boulevards, leafy-green streets. At the eastern end of town, a road, hiking trail, and now-disused cable car all lead up a small mountain where you can get a beautiful panorama of the city. 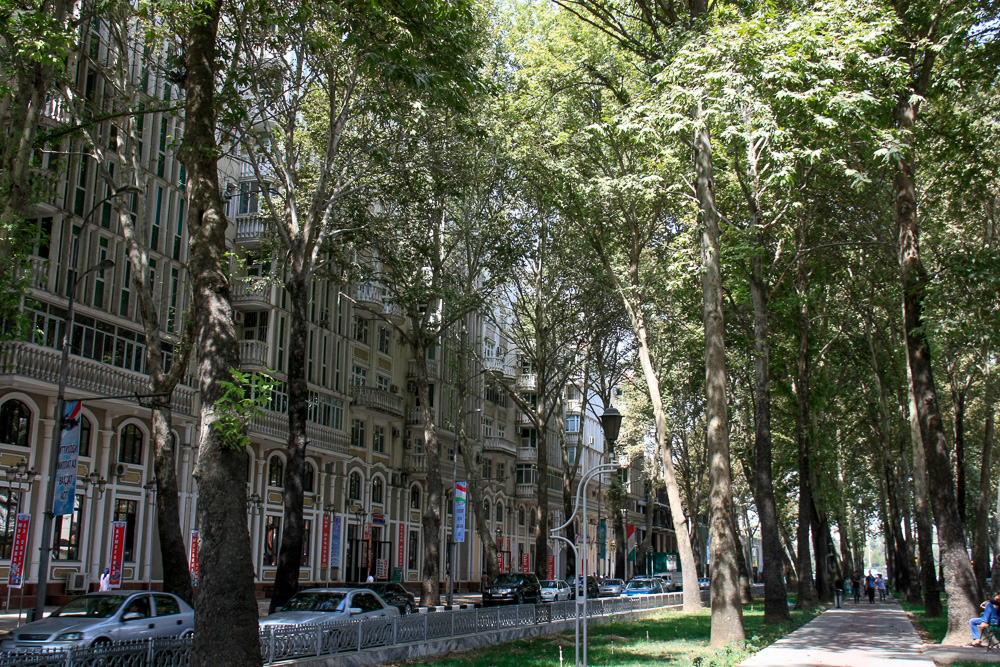 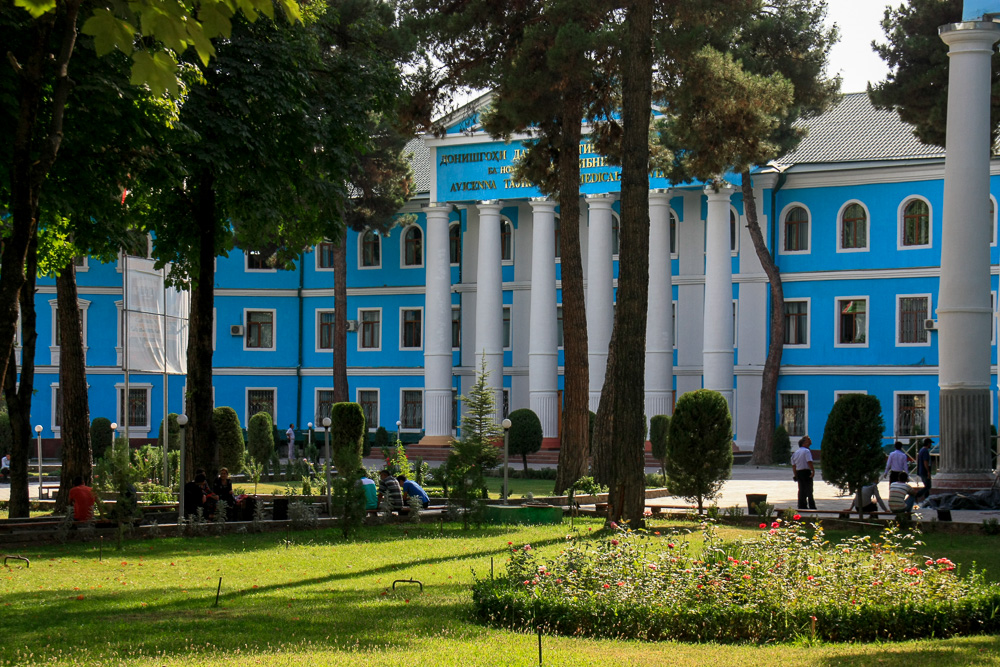 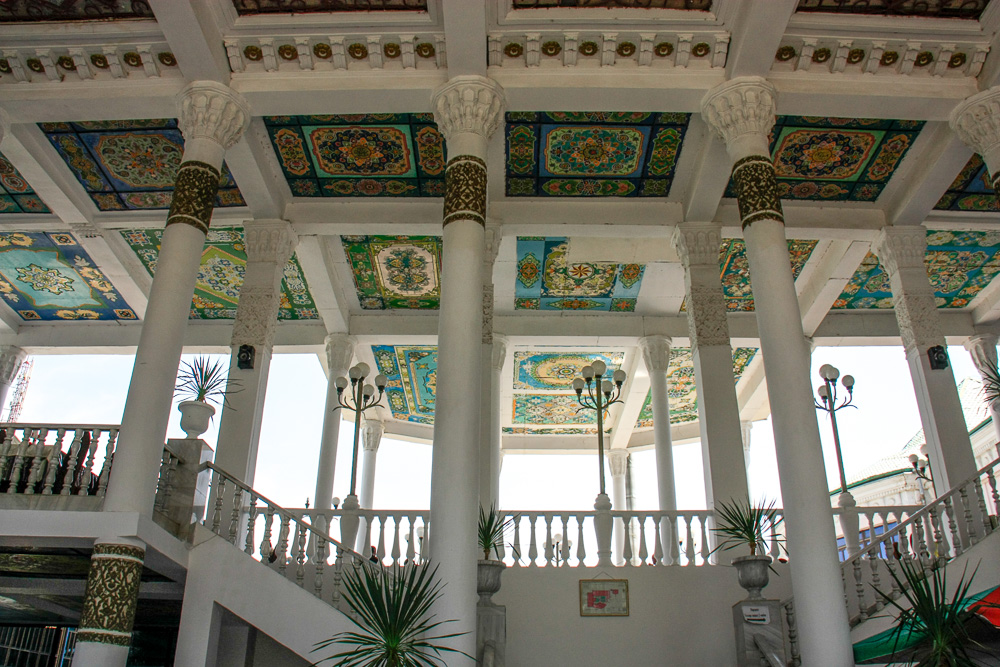 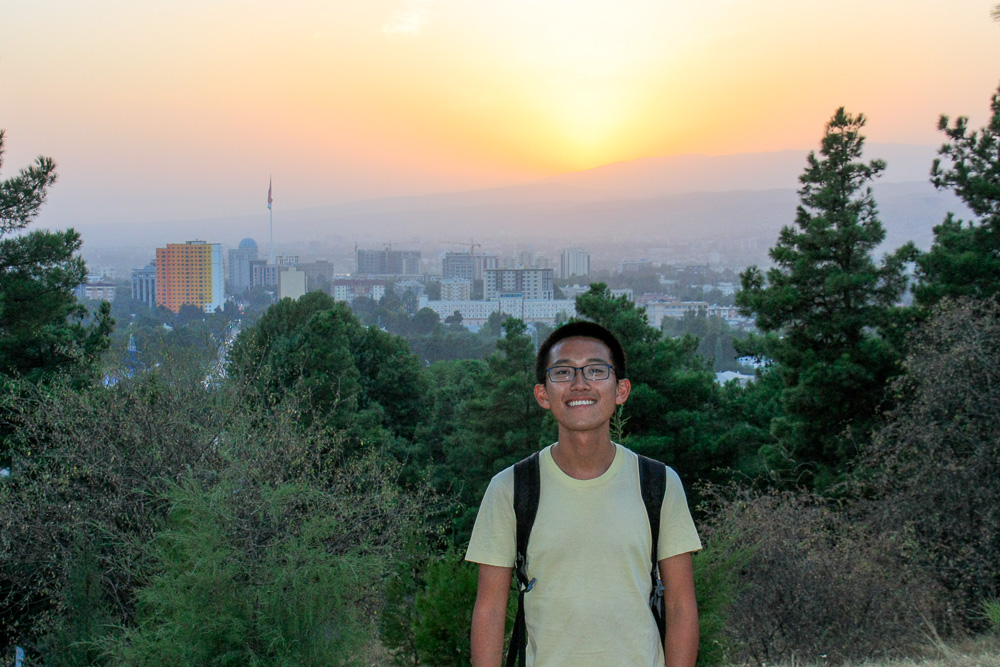 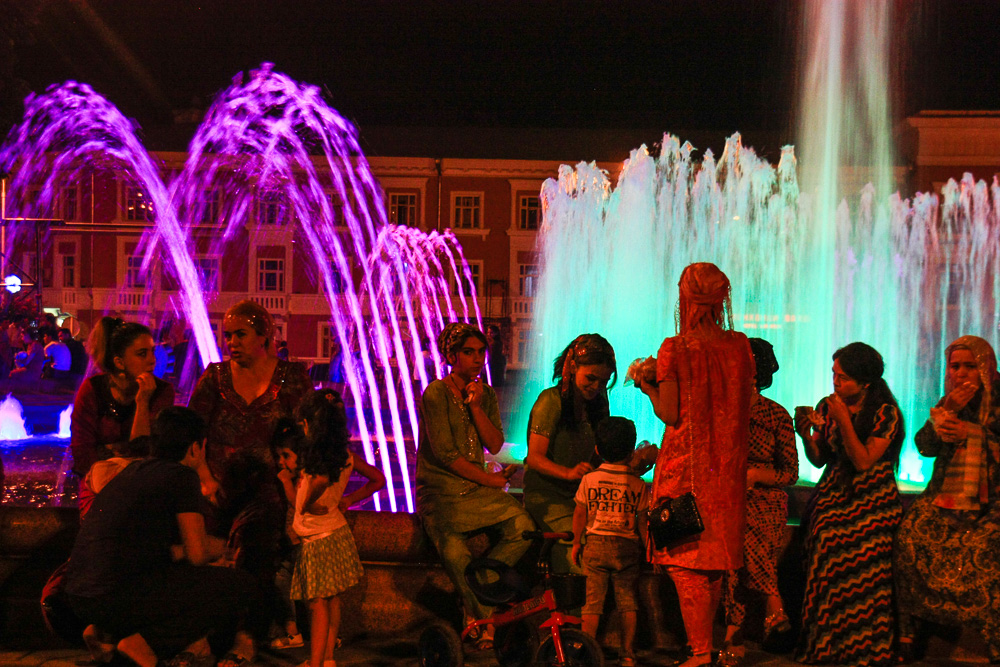 All over town, the wealth of the city in contrast to the rest of the country is apparent. At the lakeside park, people hire speedboats and jetskis, while others settle for more tame carnival rides. Instead of beat-up Ladas, people are driving fancy sports cars on massive, smooth roads. People here are into fashion, and I’ve never seen so many women dressed up in such glittery clothing. And it isn’t fashion without the need to see and be seen: at the many restaurants of variosu international cuisines around town, you can see plenty of them packing the popular places and bringing up the posh. Dushanbe is definitely a proper city. 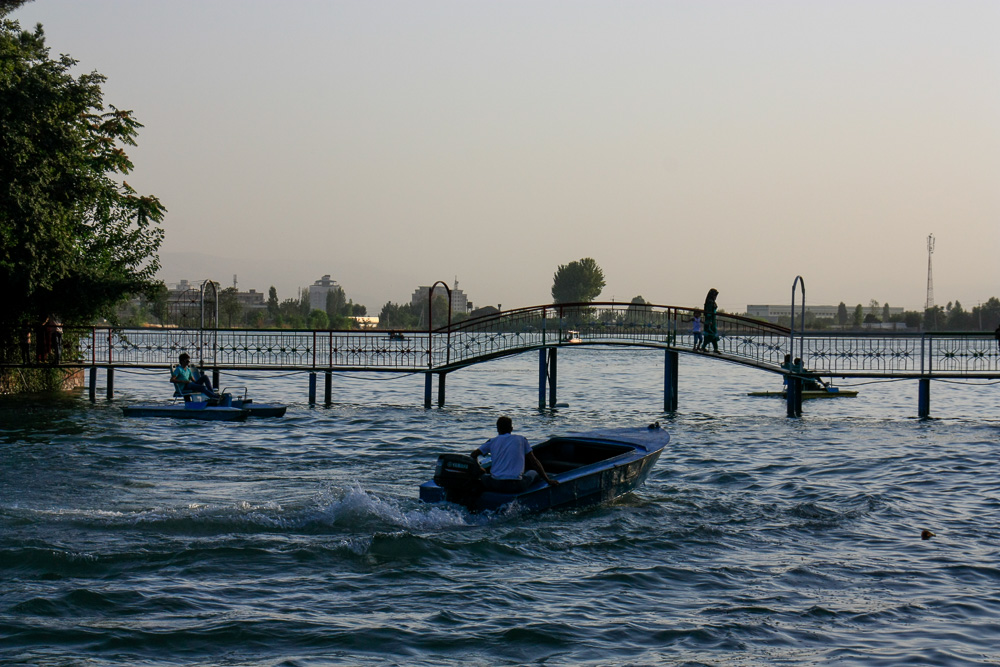 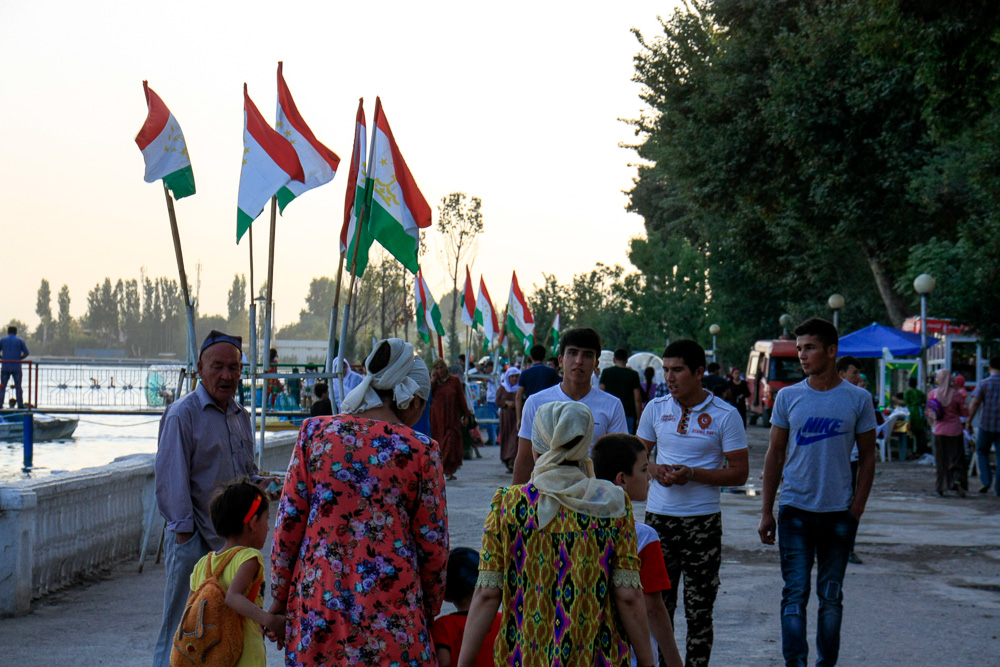 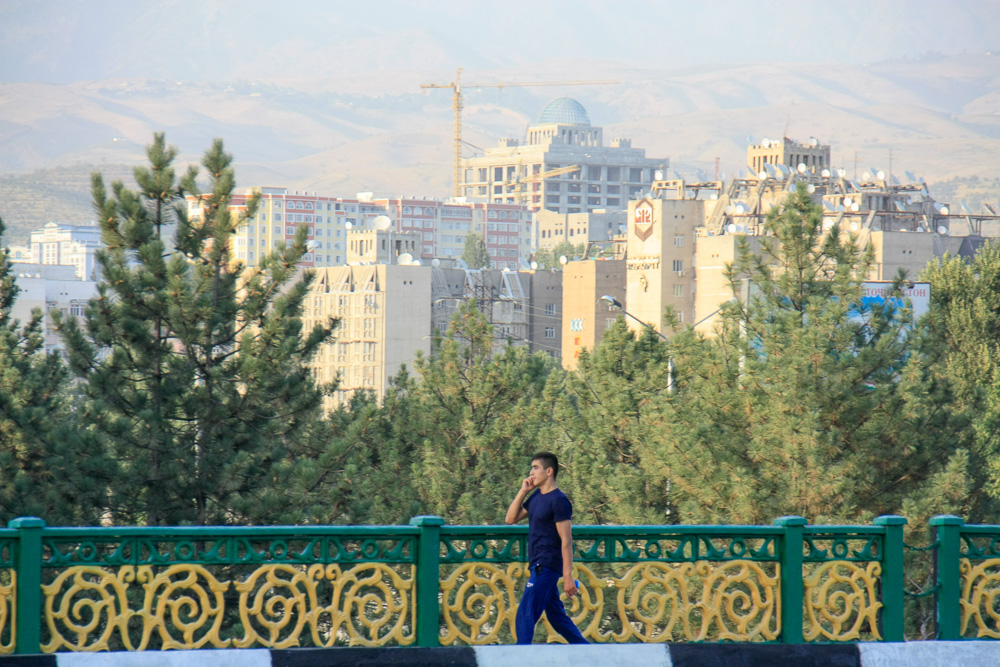 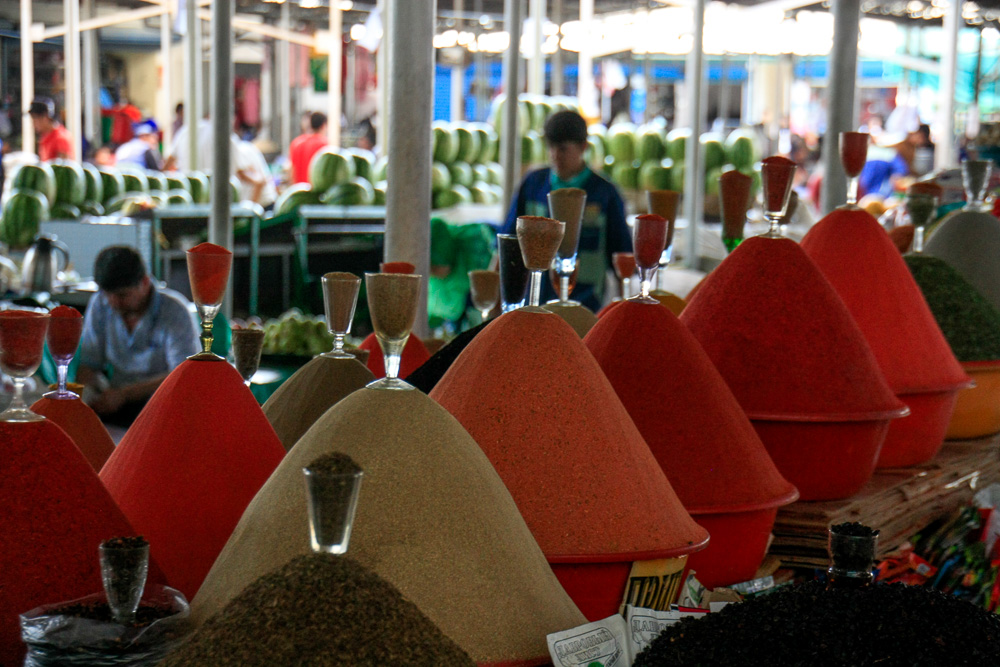 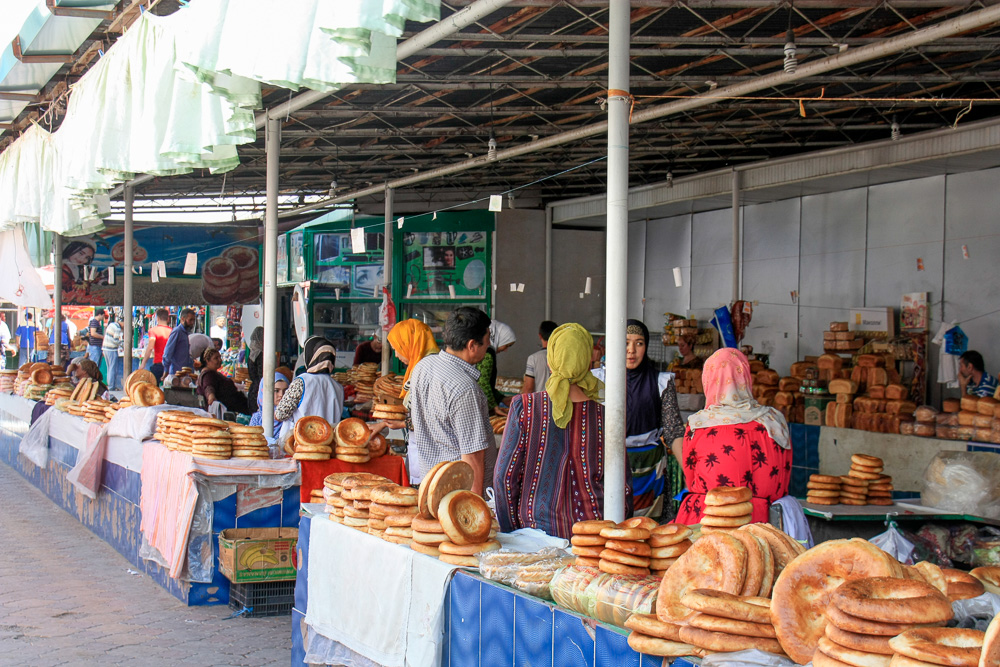 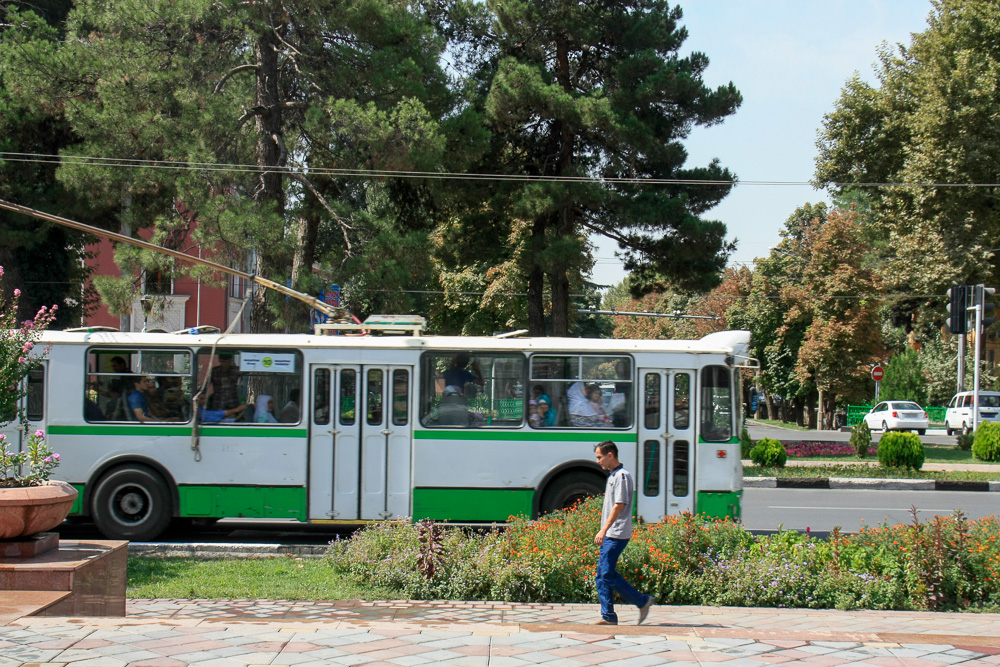 Passing by the National Museum, closed for multiple consecutive days for a reason we couldn’t figure out, we saw further signs of an obsession with grandeur. Dushanbe is home to a 700 kg flag flying on the world’s second largest flagpole — eclipsed by one in Jeddah, Saudi Arabia in 2014. It itself eclipses the world’s next-tallest flagpoles in Azerbaijan, North Korea, and Turkmenistan. Hmm. 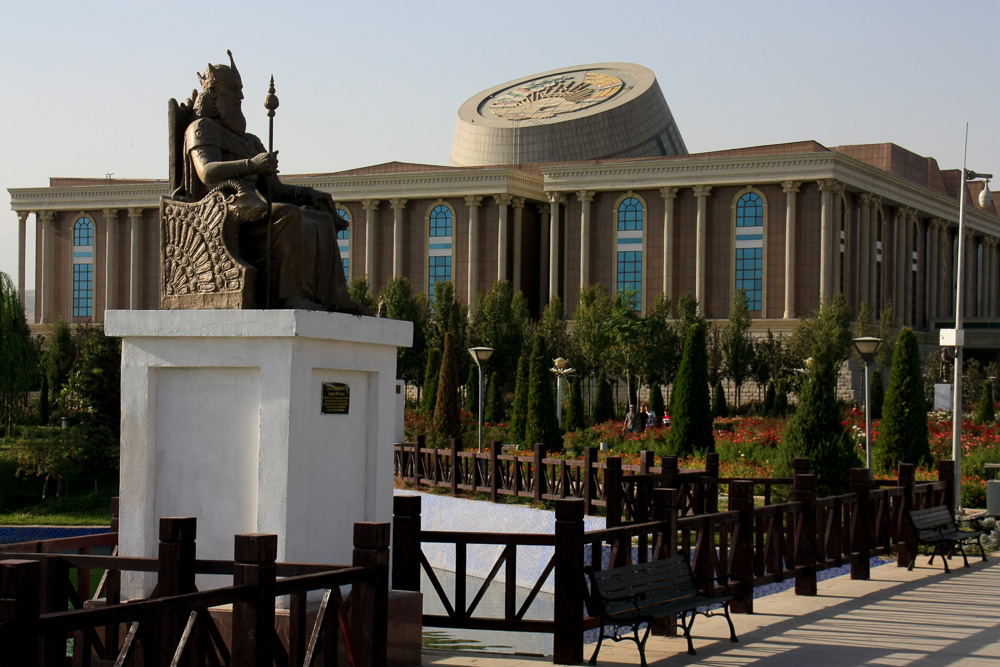 Along with the flagpole, the Palace of Nations, the National Library, and a whole host of other enormous, gleaming monuments to Ismoil Somoni (who brought Islam into Persia) and Rudaki (an Iranian poet born in current-day Tajikistan) have been built to commemorate the 20th anniversary of Tajikistan’s independence. (They’re celebrating the 25th year just now.) There’s also the world’s largest chaikhana (teahouse) and a botanical garden with Iranian influences in its buildings. But… the palace is inaccessible to the public, and the library (which, like the museum, was closed andconfused the locals), many of the new buildings along the main thoroughfare of Rudaki St, and the chaikhana seem more like empty shells, once you get up close enough to peer in. That chaikhana has been built for awhile and apparently it’s not open to the public as a restaurant yet. 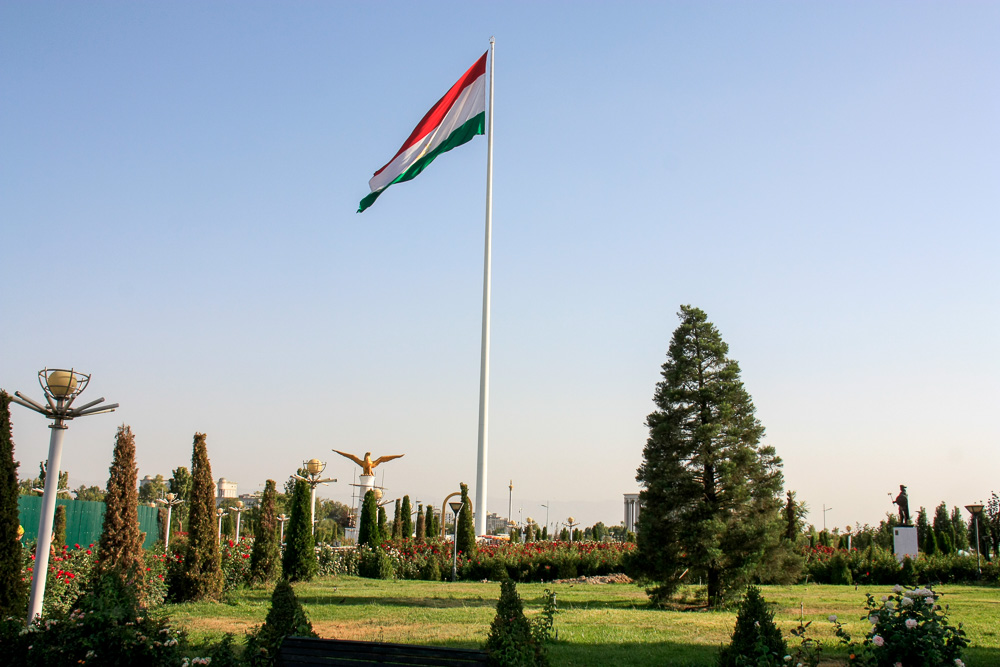 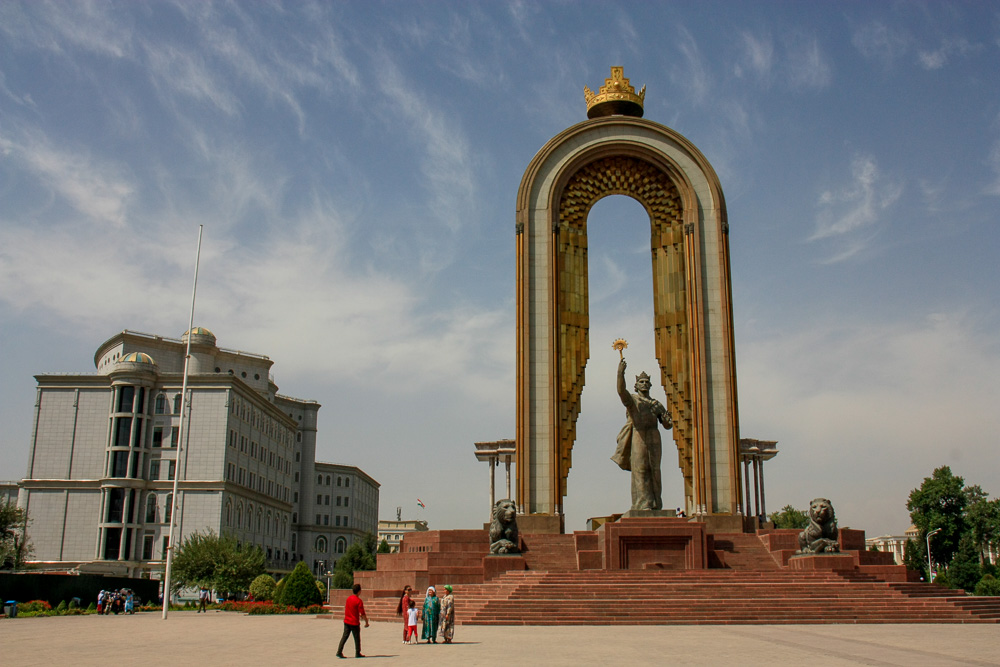 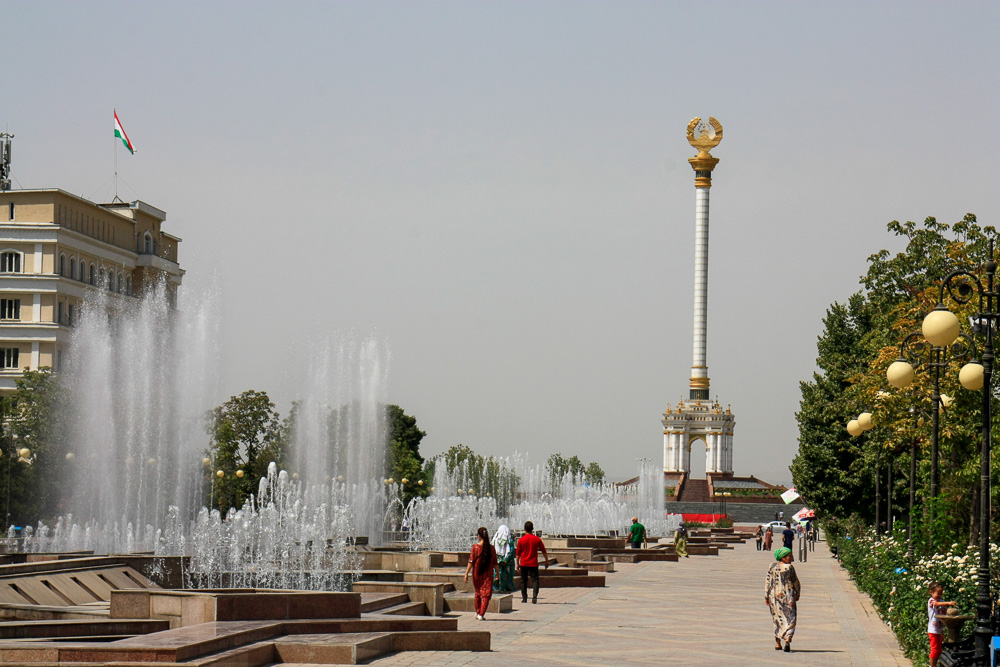 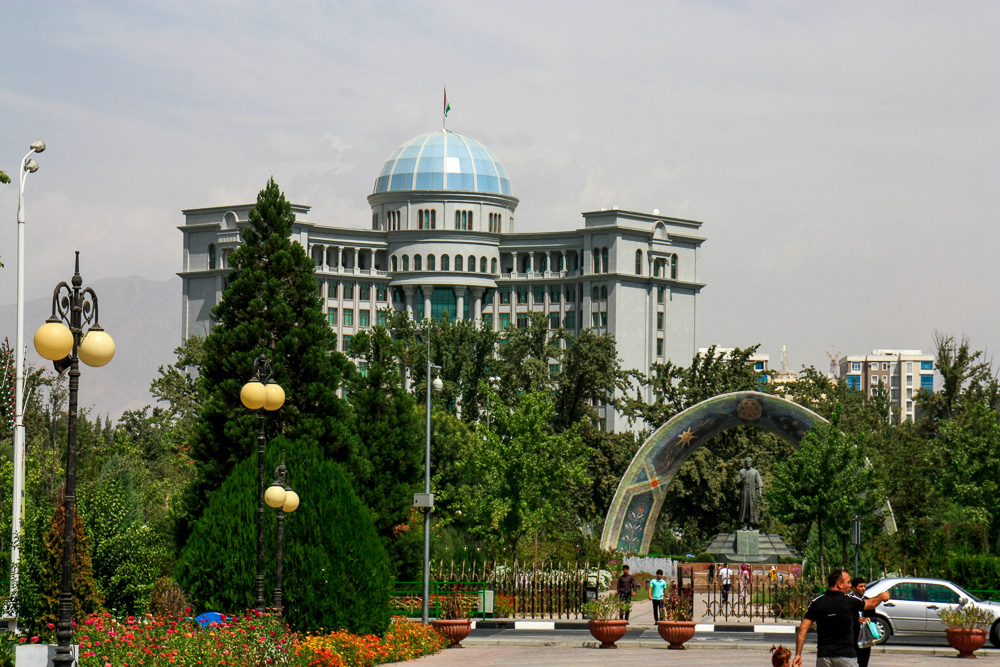 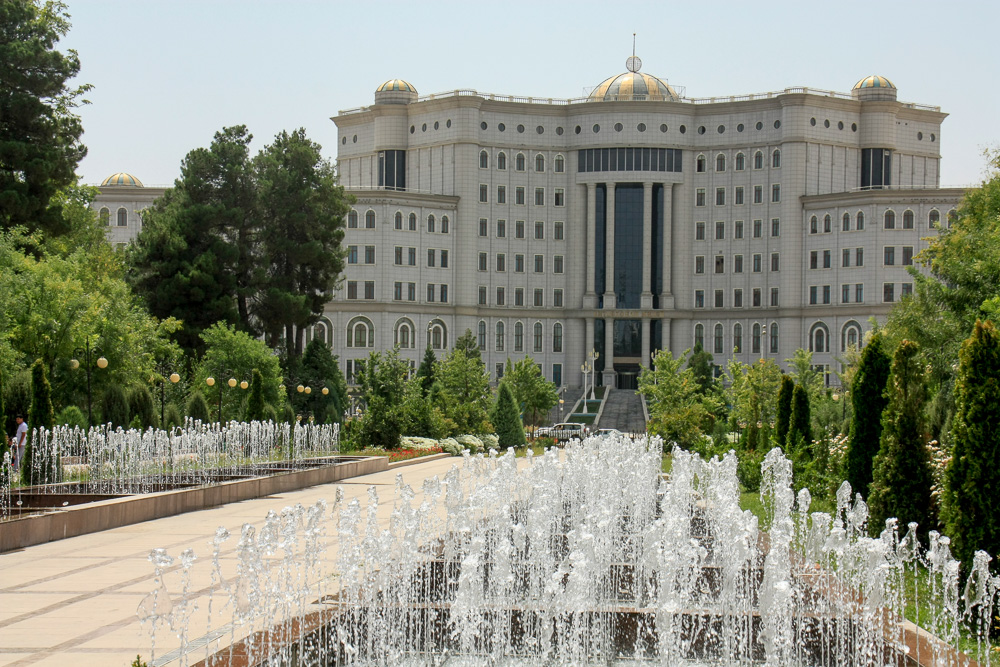 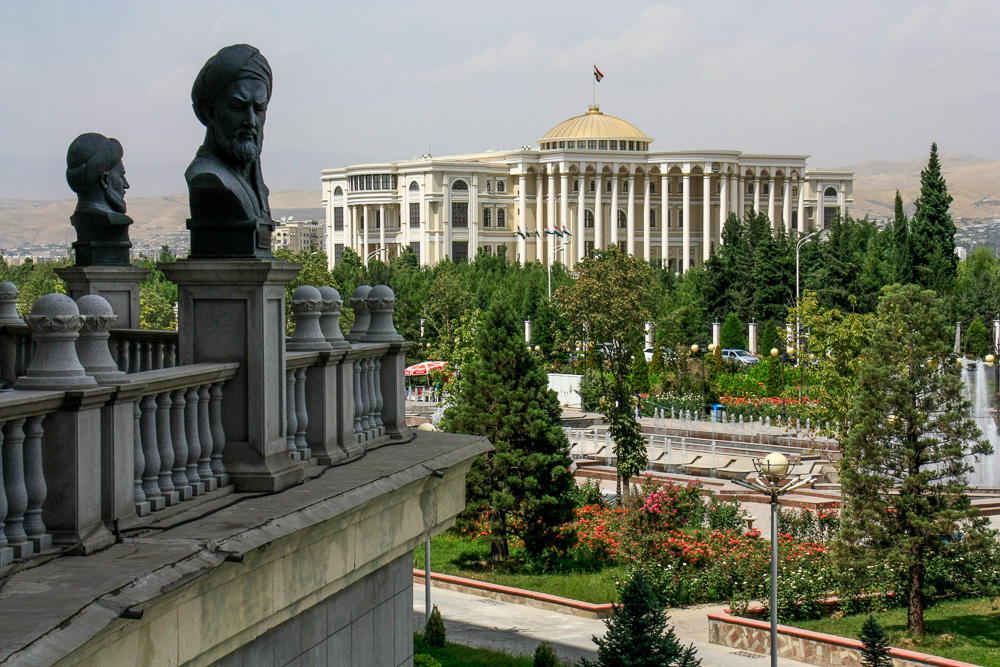 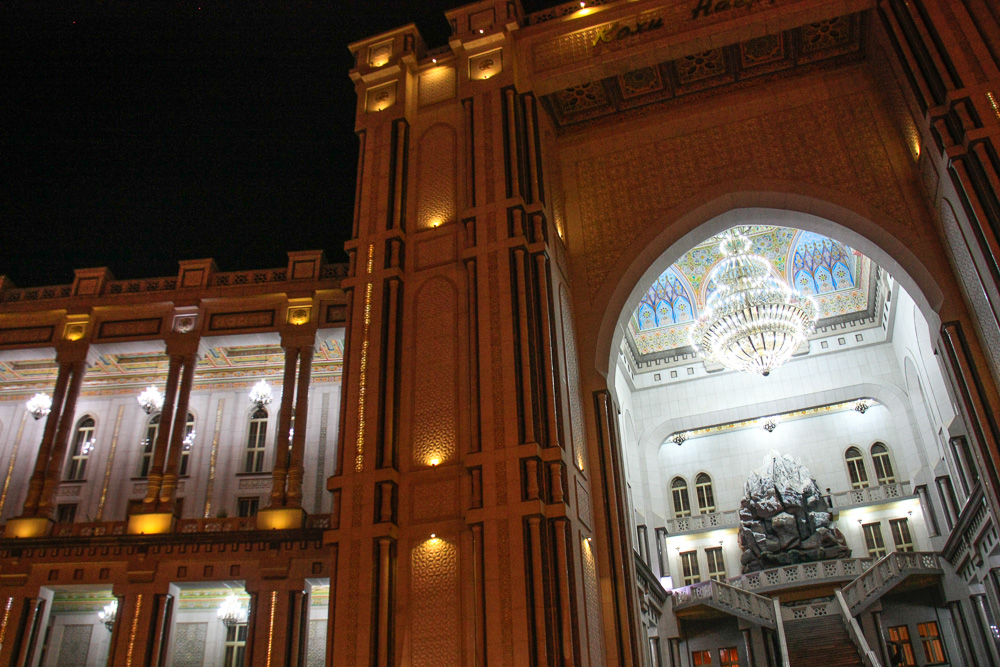 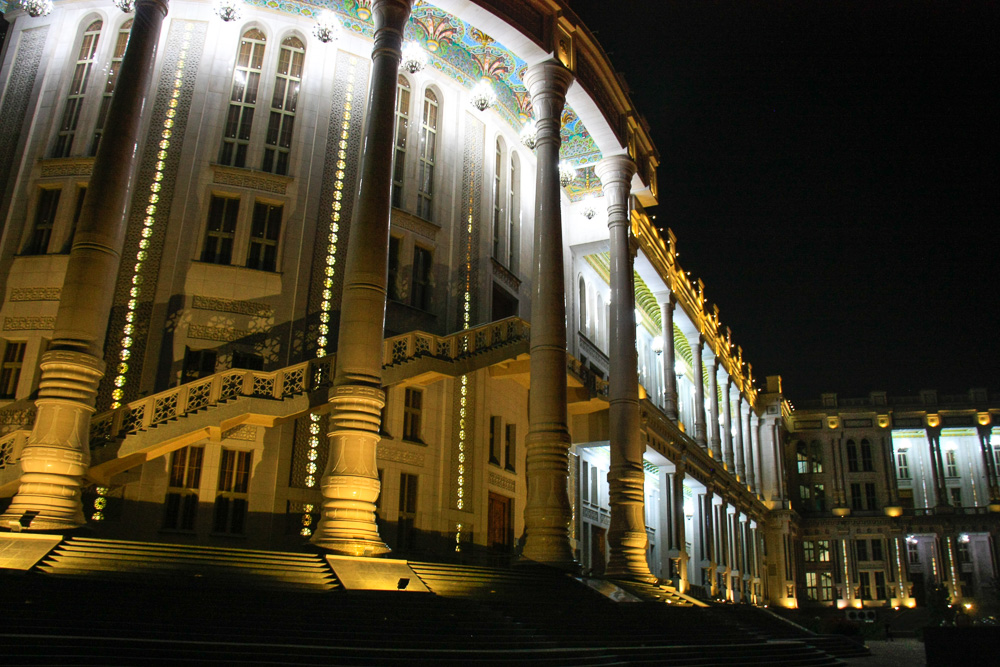 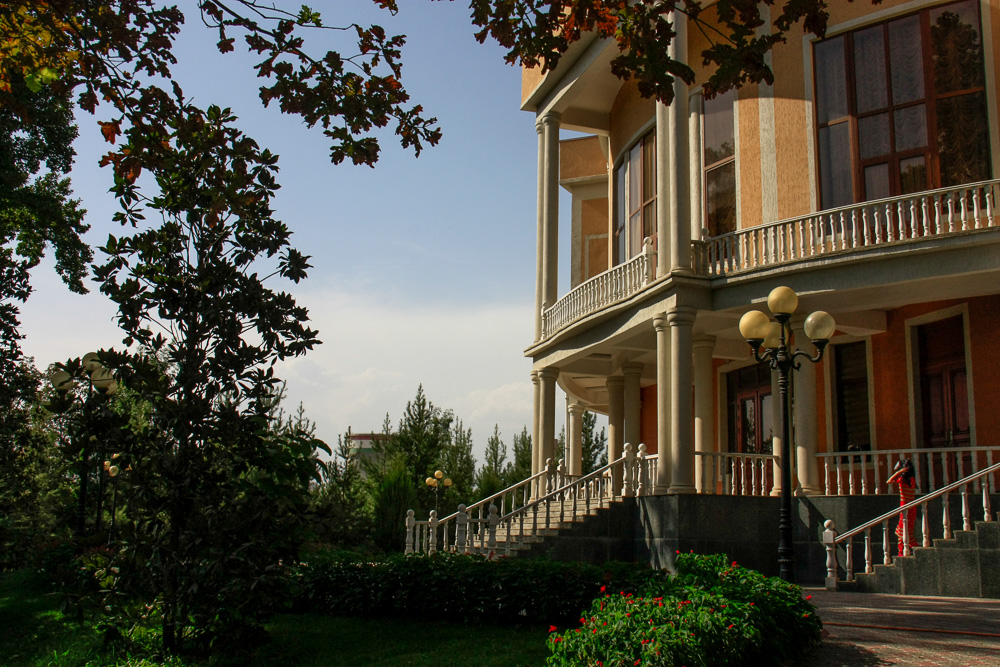 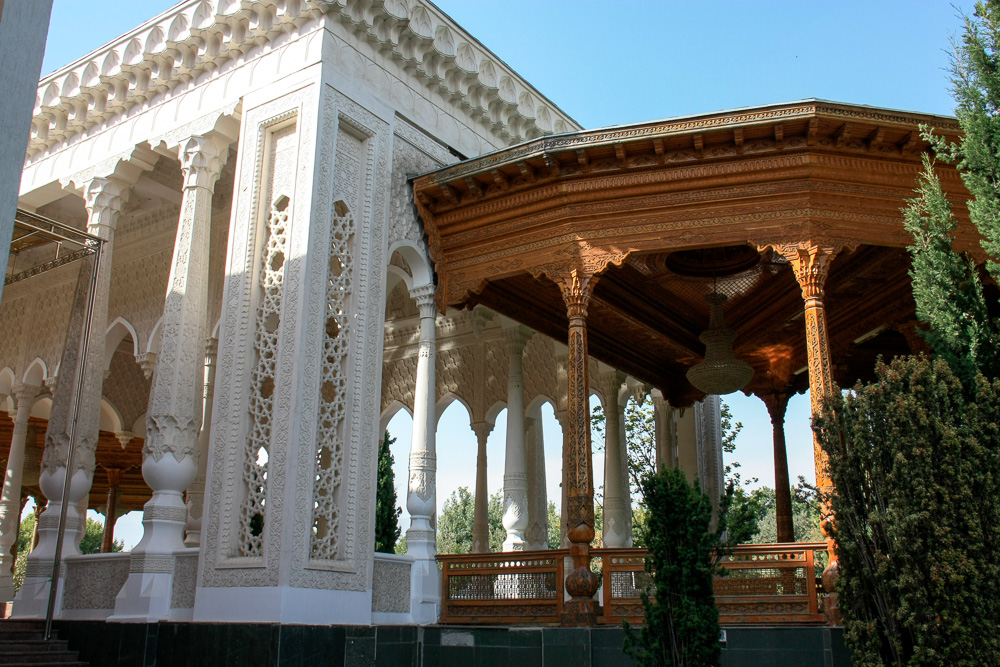 But back to that flagpole bit. Well, not the flagpole itself, but the company Tajikistan finds itself in. It’s not North Korea or Turkmenistan levels of bad, and yet… As an independent country for the last 25 years, Tajikistan’s only ever had one president, Emomali Rahmon. If you didn’t know that before entering Tajikistan, you would very quickly, since his picture is plastered everywhere on billboards and buildings. I’m pretty sure he’s a popular figure, given that he managed to negotiate the end of the bloody civil war between Tajikistan and the Pamirs of the Gorno-Badakhsan region. However, it does seem a little… off? Tajikistan is known for having a suppressed opposition, and Rahmon has run unopposed a few times as well as changed the constitution to run for more than two terms. 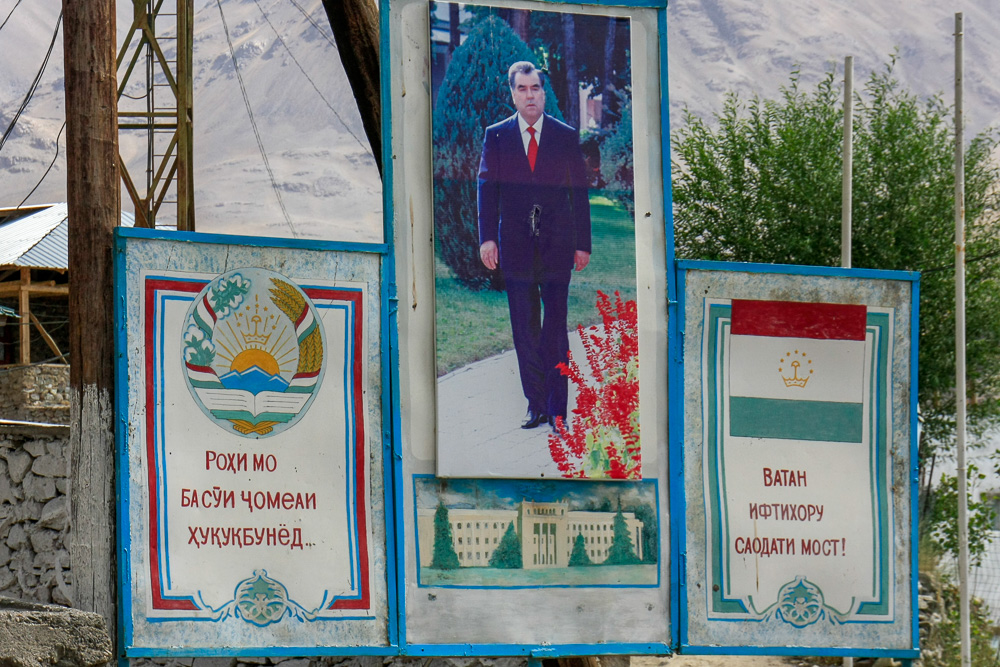 Taking shared taxis for the seven-hour journey to the Kyrgyzstan border, we were stopped five times by police (presumably underpaid) for bribes. I’ve heard this is a problem in Kyrgyzstan too, but definitely not nearly to this frequency. Driving around the country, it’s obvious many of the roads — major highways, I might add — need sprucing up, and countryside villages look like they could use some economic help. All of these things could be fixed with some investment. Is throwing all of that money into making giant monuments in the capital city and billboards advertising the president’s improvements to the country really a reflection of popular will?

That’s not to say that Dushanbe isn’t impressive, or that it’s not an enjoyable place to be. It is! And Tajik people are super friendly: whether in the bazaar or on the street, I lost count of how many times I was approached by people wanting to practice Mandarin(!) with me, people yelling out “ni hao” or “Kitai!” (Russian for “China”) out the passenger side of a passing car, local photographers seeing my camera and wanting to talk lenses, people inviting me for tea, or people simply beckoning me to come over and sit and chat. All this in a day and a half! And on my way out in the shared taxis, people were offering me food or even to stay at their homes should I pass through the area again. For a country of such incredibly and universally warm people, it’s a bit sad that their public face — in the form of their authority figures — can leave a drastically opposing impression.