I was supposed to travel through Turkey with Sally for two weeks.  When I received the bad news, I wanted to cancel my flight entirely.  Unfortunately, that wasn’t possible.  But with my Schengen zone allowance running out and Istanbul being a good hub city to go anywhere, I eventually decided to take the flight anyway and completely restructured the rest of my trip to re-allot the non-Schengen days I was to spend in Turkey to other countries I hadn’t planned on going to.

I think that Sally probably would’ve wanted me to continue travelling Turkey.  But I knew I wouldn’t be able to handle it – and I think my short stay in Istanbul only confirmed that.  I did do some sight seeing, met some people, had a nice time…but the whole time, I couldn’t help thinking of who was missing.  One day, another year, I’ll come back and do Turkey some justice, see it with a better mindset.

I arrived at 6:30 am the first day on a two hour flight from Tel Aviv.  (With security taking forever in Israel and the flight being so short, I pretty much had just one hour of sleep.)  Exhausted, I still crammed in a bunch of the city’s most famous sights to get them “out of the way” – I suppose that really contributed to the negative feeling at first.  They were all beautiful, but I have little to talk about – the grand Sultanahmet (Blue) Mosque, the Aya Sofia Museum (mosque turned church turned mosque again), and the giant sprawling Topkapı palace.  Dealing with the crowds and the little constant reminders that I wasn’t supposed to be seeing these alone…sigh. 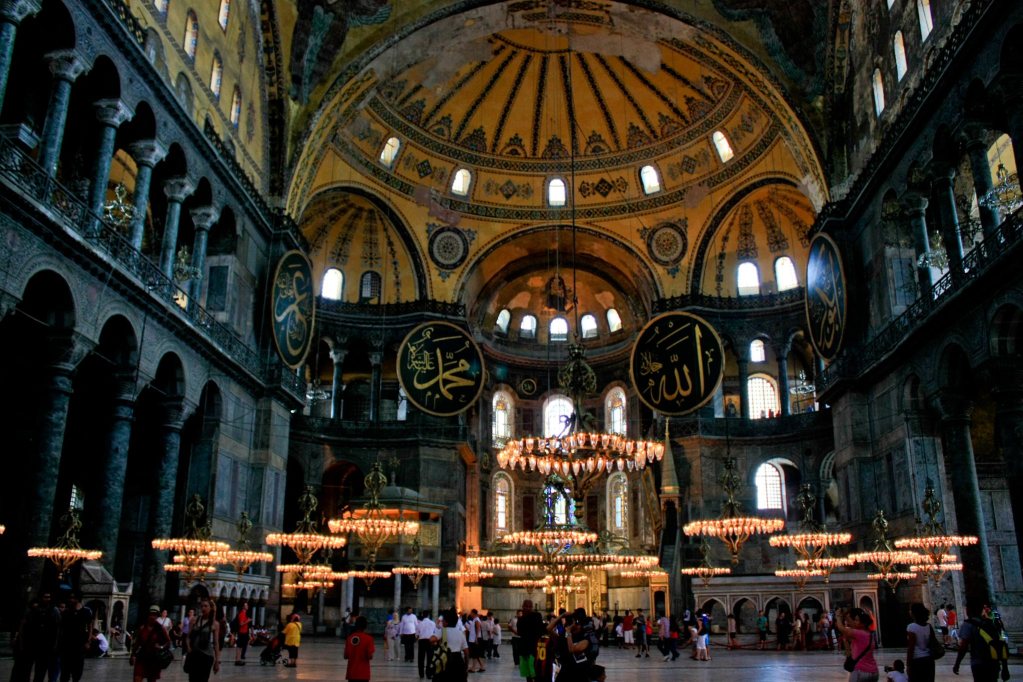 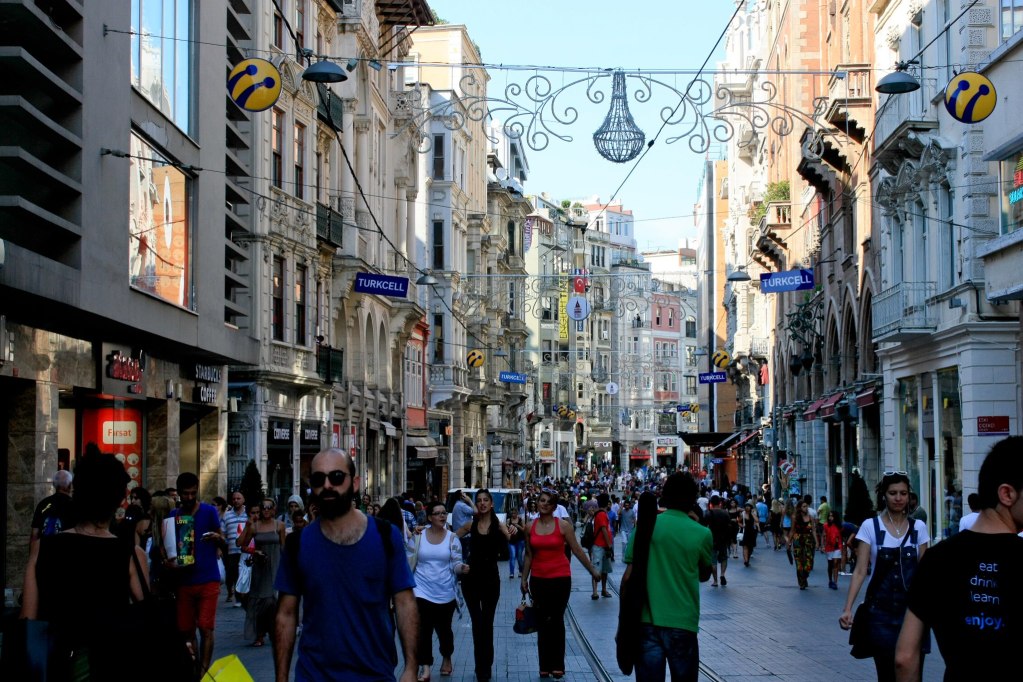 But to my surprise, the city showed itself in different ways that I appreciated.  I decided to stop going to paid attractions and just wander around for the rest of my stay – Grand Bazaar, Spice Bazaar, random streets, the pedestrianised İstiklal Street, the waterfront, whatever.  On several occasions, complete strangers walked up to me and struck up a genuine conversation.  One happened to be a doctor who saw my bandaged finger, asked what was wrong, and gave advice.  Shopkeepers were friendly, I was never hounded (though one shopkeeper, thinking I was Japanese, actually said “Irrashaimase!” – that amazed me), and I had more than my share of lokum samples (Turkish delight). 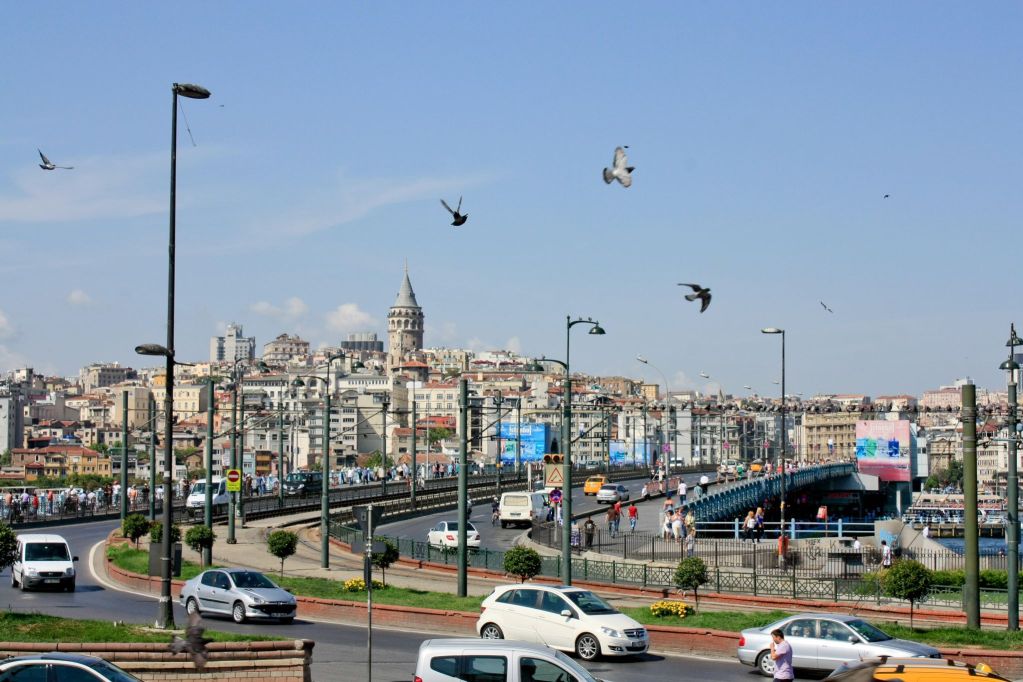 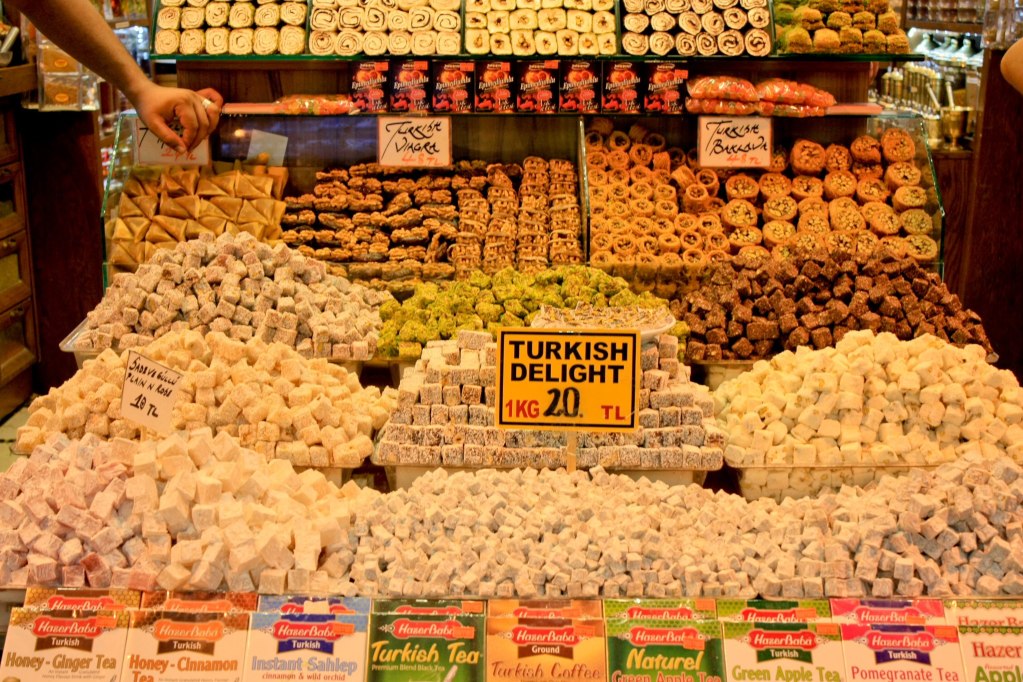 On my second night, I was invited by Olympio (France/Cyprus) from my hostel to meet up with his friends Gani (a local) and Luis (Chile) by the Bosphorus Sea.  Gani took us to his area of town, Kadıköy, a much more local district – from the city centre (Taksim Square), we had to take a funicular, ferry (beautiful in the late afternoon), and dolmuş (shared taxi), so it was pretty far, but it was worth it to get away from the touristy crowds alone.  After a nice sunset walk along a park and small beach, where Gani comically ran into a different friend every few hundred metres, we had some mantı (“Turkish ravioli”) for dinner before all heading home.  Nice to see the city from a local perspective, and having some new friends really helped lighten my mood.

I wandered around some more on the third day with Olympio and Guy (England), also from our hostel, and we ended up all over the place – Galata Tower, the aqueduct, some very beautiful mosques, a Greek Orthodox area… I couldn’t keep track of all the names, but I enjoyed the random wandering.  We said our goodbyes and I headed off on my night bus to Skopje, Macedonia.

One week later, on my way to Stockholm for the funeral, I had one extra night in İstanbul.  Again arriving early at 6:30 am (from a 16 hour night bus all the way from Kosovo, woken up multiple times in the night to cross borders), I was tired and cranky…but at least with a much clearer mind.  After just 1.5 hours of wandering, I fell asleep on a park bench.  Yeah, that’s enough.  But this time, I needed to treat myself to a little of the country’s specialties, at least – a relaxing visit to a hammam and some pistachio Turkish delight were enough for now.

I’ll count this as a preview.  Turkey, I’ll be back someday for sure, when I’m good and ready.

One thought on “Wrong time”