It’s odd how long it’s taken for me to backpack in my own country. I’ve always imagined it as being hard to travel without a car.

Well, it is. A bus from Montreal to Quebec City costs about $60 one way, for a 2.5 hour ride — uhh, no thanks. We skirted that one with a rideshare, but getting a bus into town from a gas station on the outskirts of town was as much of a doozy as in some of my more obscure destinations. (You know the drill — questionable directions, haphazardly marked bus routes, exact change required, no stop announcements…) At least it’s comfy and with plenty of leg room.

Anyway, backtracking a little. A year ago, I met Conni on the street in Nicaragua, travelled with her for a week, and had a great time. Now, she and her boyfriend Xavi have moved from Costa Rica to Montreal, we’ve visited each other a few times, and we decided to do a short little road trip together around the province! It’s been quite some time since I’ve done a non-solo trip, and this is also the first time I’ve ever done a road trip. 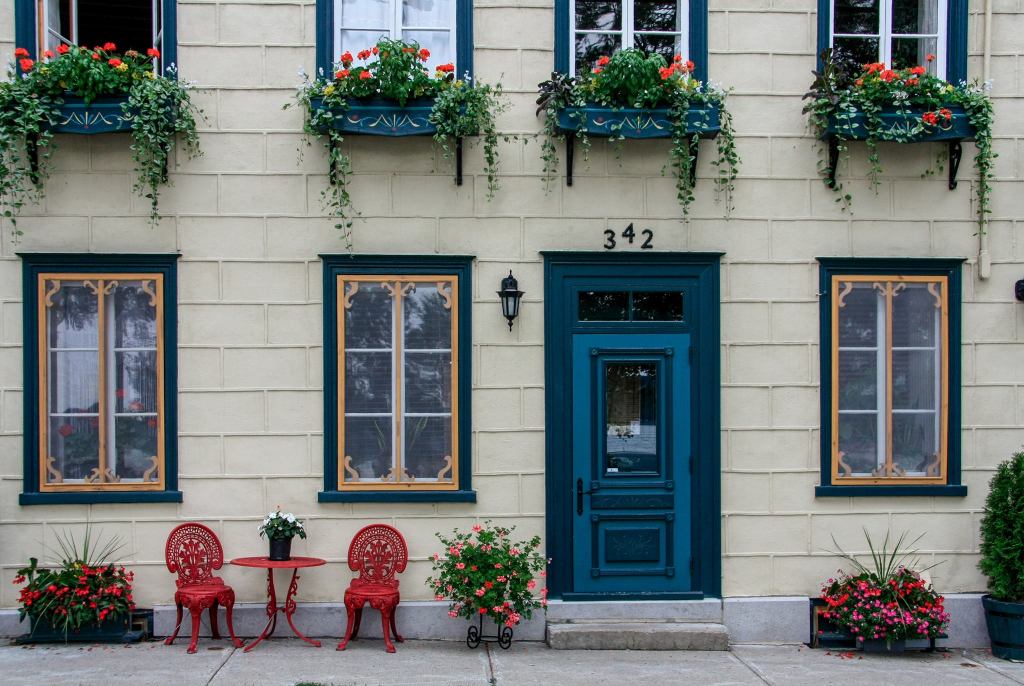 We spent three days in Québec, taking in the charm of the old town with the enormous Château Frontenac looming over anywhere you look. (No wonder it’s the most photographed hotel in the world, you can’t avoid it! Its green roofs of rusted iron are very historically Canadian.) The old town is extremely touristy, but a worthwhile visit nonetheless, full of colourfully decorated stone buildings. Conni and Xavi were often reminded of their stay and where they met in Brittany, France — no coincidence, since Jacques Cartier, the French explorer who gave Canada its namesake originally as a part of New France, came from that region. From the architecture to streets to storefronts, the Brittany influence ranges from subtle to overt to “it’s literally written right there on that sign”. Plenty of public art installations, both classic and modern, both blend in and stick out in the midst of everything. For me, I most enjoyed the terrace-boardwalk overlooking the lower parts of town and the St. Lawrence River. 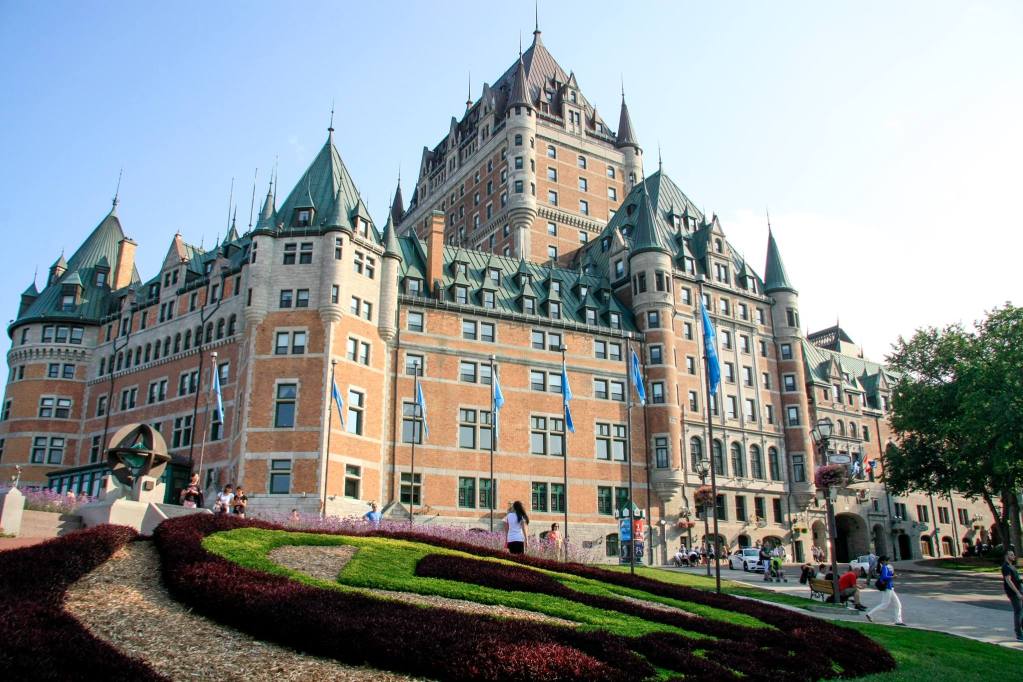 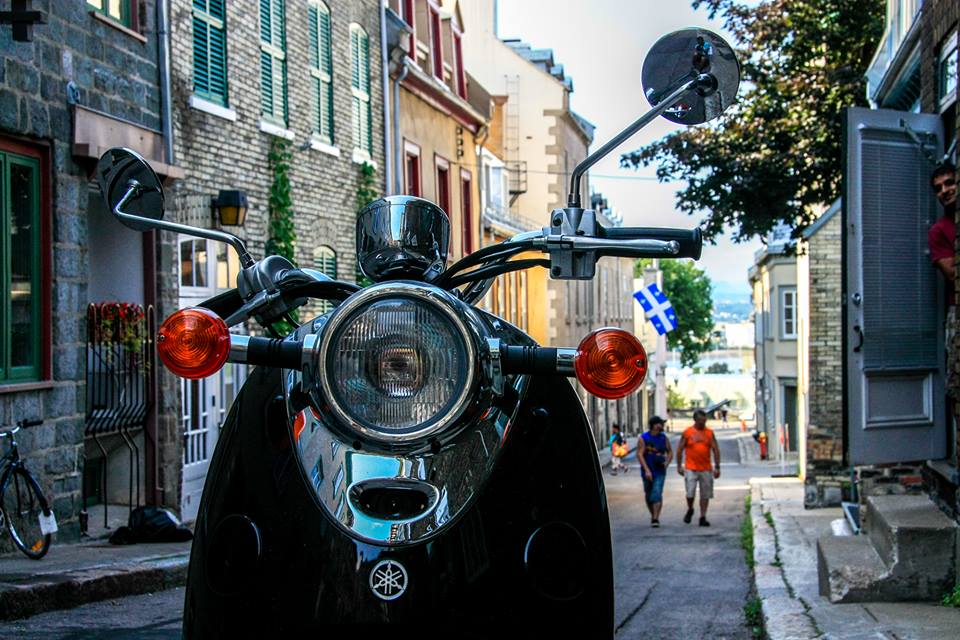 Well, the old town and the old port, as pretty as they are, aren’t really where the locals hang. For that, Conni and I walked down Rue St Jean and out of the old city walls, grabbed ourselves some treats (gotta love those Quebec microbrews), and headed to the historic and sprawling Plains of Abraham in Battlefields Park for a little sunset picnic. And you know, people are super nice and chill! Conni traded some matches for people looking to light their cigarettes and we got chicken sandwiches in return. We proceeded to make our picnic (complete with baguette, very French of us) and drink in public, and no one seemed to give a damn. At least we didn’t think so, after we headed over, drinks in hand, to a little outdoor concert playing classics for a mostly-senior audience… That certainly doesn’t fly in the rest of Canada. 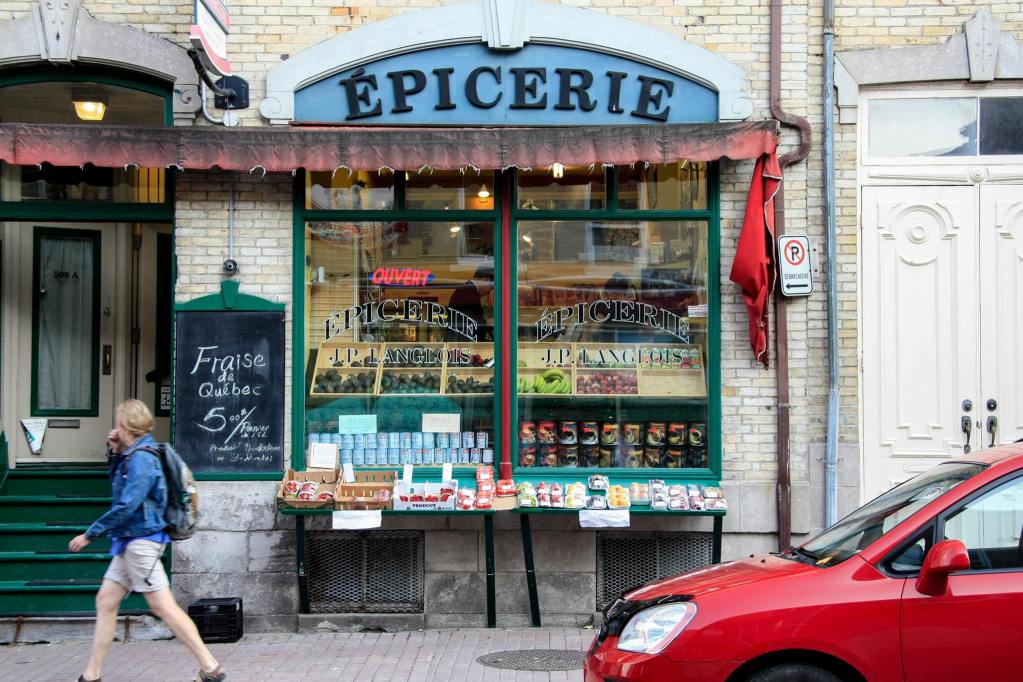 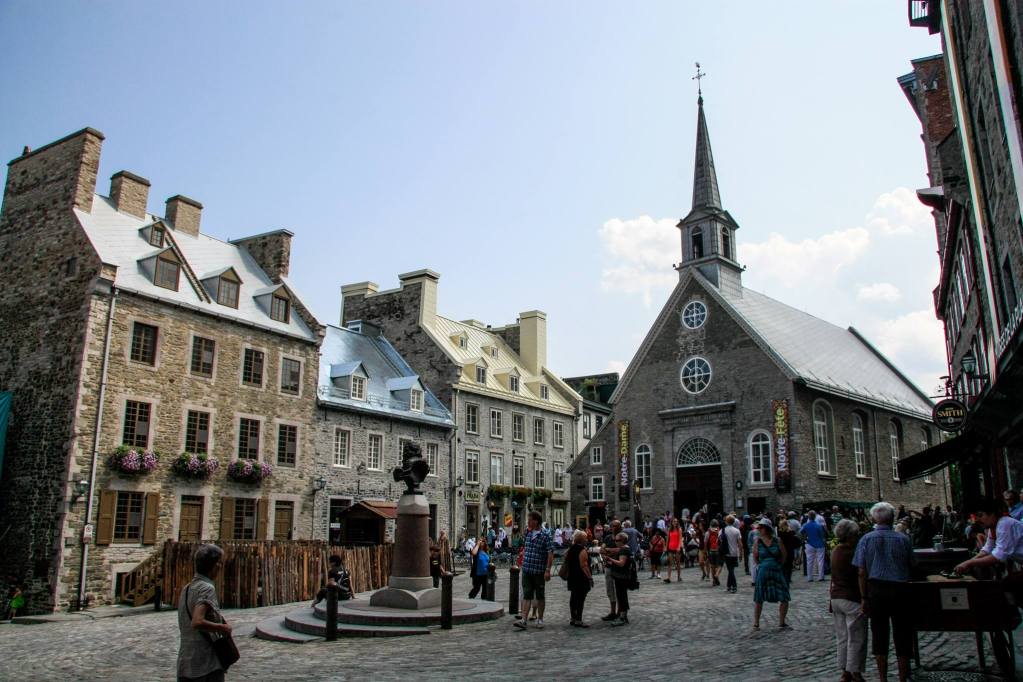 And so what do those locals do when they want to hang? Well, they’ll probably have to get to wherever they’re going first. Quebec City is an absolute workout and addicted to stairs (beyond the likes of the previous bane of my existence, the National University of Singapore’s endless stairs). 413 steps or so just to get from town (Battlefields Park) to Conni’s friend’s place, where we stayed for the first two nights, and those sets of stairs weren’t even the ones called Casse-Cou (Breakneck, an smaller incline with far fewer steps but somehow with a funicular). Quebec City is roughly divided into Haute-Ville and Basse-Ville (upper and lower), and you’ll either have to walk up/down the incline or take a few hundred stairs just to get somewhere else. Everyone must be real fit.

They also might go to Lévis and take the 10-minute ferry across the St. Lawrence River, explore a little of the old town there, wait to watch the Saturday night fireworks… sounds good, right? Well, apart from some chocolate-coated soft-serve ice cream and the best fireworks-viewing vantage point, there’s really not much reason to go to Lévis. Oops. Or well, maybe that ice cream alone at Chocolats Favoris would be worth making the crossing for, as long as you’re willing to walk up and down another 200 steps or so. We were (un)lucky and caught the fireworks with the Quebec City skyline and a raucous thunderstorm in the background, just before it started pouring.

Three days is a little much for the touristy part of Quebec City, but we stayed to wait for Xavi to join us from Montreal and show him around, and we also had Maxime, his girlfriend Ylang, and their roommates host us in Limoilou, a northern suburb and pretty happening in its own right. (And thus was my first Couchsurfing experience as a surfer!)

You know, I’ve never really had much interaction with Francophone Quebeckers before (not including my friends in Montreal, all of whom are bilingual). Part of that’s a given since I barely spoke any French before this year (and I’m the Canadian on this trip — Conni and Xavi are both fluent and not from countries with French as an official language), and because of how much further west I’m from, but I can sort of see where Canada’s “Two Solitudes” comes from in that regard. It’s really a pity, because never mind the politics, what I’ve seen is a sense of people aspiring to understand each other. Locals on the street overhearing our conversations in English and making an effort to make a welcoming passing remark in English. People appreciating my effort to learn and speak French and wanting to do the same for themselves with English — Maxime, Ylang, and their friends want to do so to travel to western Canada. Quebec has a strong and distinct cultural identity, and the west has several of its own (albeit less overt), but it seems like less a question of mutual antipathy so much as a lack of opportunity to get to know life and culture in other areas of Canada or use the other language. I find it fascinating to be in my home country yet have it feel so different from what I know — and it would be this way too if I headed north or further east. 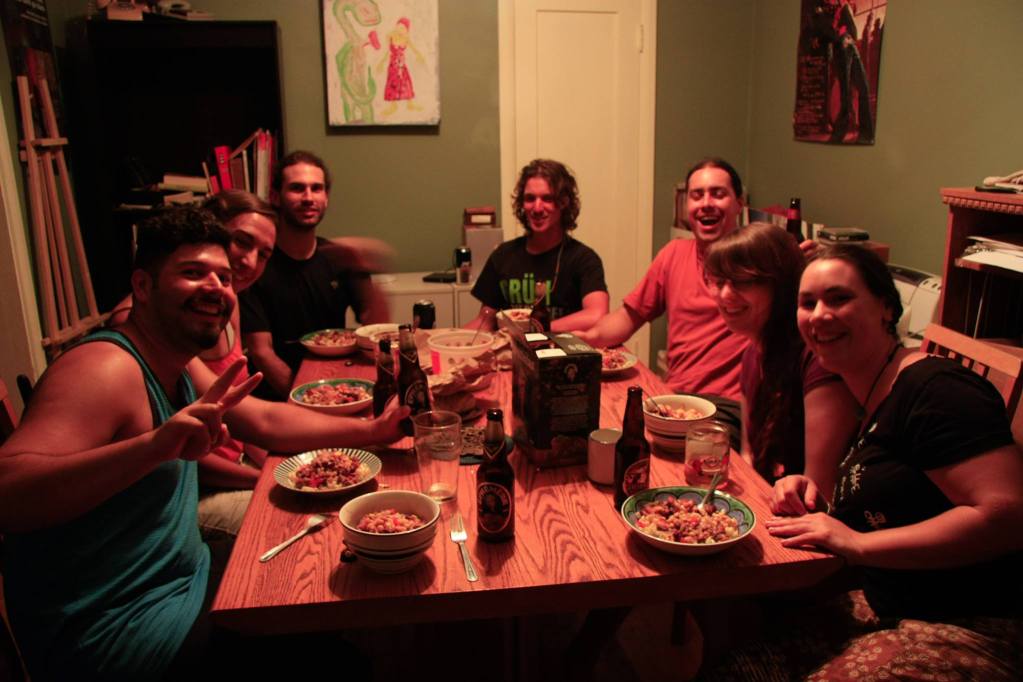 But hey, here’s a German, a Costa Rican, a British Columbian, and five Quebeckers (two from the French isle of Réunion) under one roof, and we can all chat in French, make jokes about terrible English/French and the faux-pas of the silent h in English, and talk about all the cool stuff from where we’re from. A nice communal dinner featuring Xavi’s chili, bread from Ylang’s job at the boulangerie, a bunch of homebrewed beer from Maxime, a kooky music selection, and an outdoor porch with a few couches sounds like the best night I’ve had in a long time.