Roadtrip! Conni planned our route, and it was to a region I’ve admittedly never heard of. A giant fjord. Sounds interesting!

But first, we had to rent a car. With Conni having not driven in three years and me having not driven (but for 10 minutes) in seven years and Xavi not a licensed driver, we were a bit nervous as to how we would fare…but we picked up a tiny little Fiat and were ready to go, no problems at all. There’s a first.

After a 4 hour drive to Lac St-Jean where we took our time and stopped several times, the skies opened and out came the rain. Well, there goes the beach day. The lake is huge though, easily mistaken for the sea when you’re next to it. We promptly decided to call it a day, heading to our next Couchsurfing hosts, Martin and Karyne and their three children in La Baie, a borough of the sparsely-populated but sprawling city of Saguenay (not to be confused with the region, fjord, national park, or river).

I can’t forget to mention that La Baie is so named because it sits at the mouth of la Baie des Ha! Ha! — or Ha! Ha! Bay in English, if you prefer. That is indeed its actual name, exclamation marks included.

While “ha! ha!” is actually used in other places in Canada and is an old French term referring to a boundary or unexpected end of a path (whaaa?), in this case, it’s the corruption of an Algonquin term. Still, any verbal mention of the name generates involuntary laughter on my part, as does passing any sort of sign or landmark or map. Sadly, we missed out on the Ha! Ha! Pyramid, memorialising the flooding of the Ha! Ha! River from 18 years ago. (Sensing a theme here with the repetitive names? To think that Québec, Québec is confusing enough.) Next time. 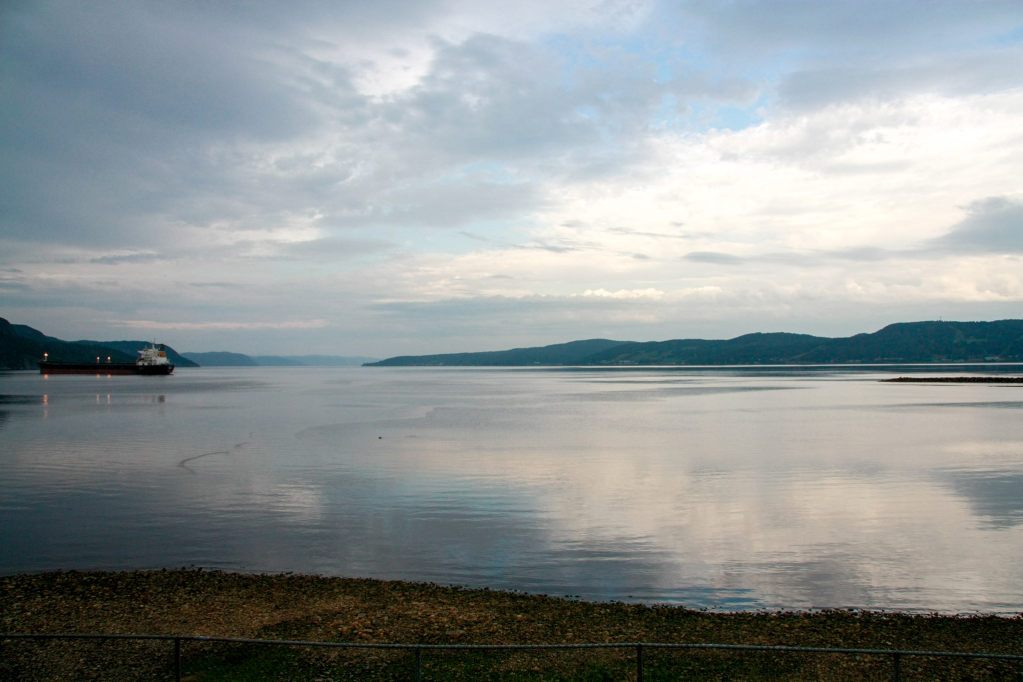 It’s really quite beautiful though, and it made for our first sight of the fjord, beginning just at the end of the bay. Martin told us that it freezes over in the winter, and all the locals stay in cabins on the lake and go ice fishing. That alone made me almost wish it was winter. He works for Alcan, the big aluminium mining company that provides most of the jobs in the area, next to the shipping port that dominates the village landscape and the burgeoning cruise ship sector.

Upon his recommendation, we headed to the nearby L’Anse-à-Benjamin, hiking a mere 4.5 km in 5 hours. We really took our time there — stopping frequently at viewpoints and the crucifix looming over la Baie des Ha! Ha!, picking and immediately eating hundreds of blueberries left and right. (Yes, hundreds.) Super small, but sweet and far less sour than the ones you’d normally find in supermarkets — the Saguenay region is famous for its blueberries, including the chocolate-covered variety available in shops. We then slowed down even further when the sun came out, taking an impromptu swim at the endpoint of the trail in the cold, cold bay. 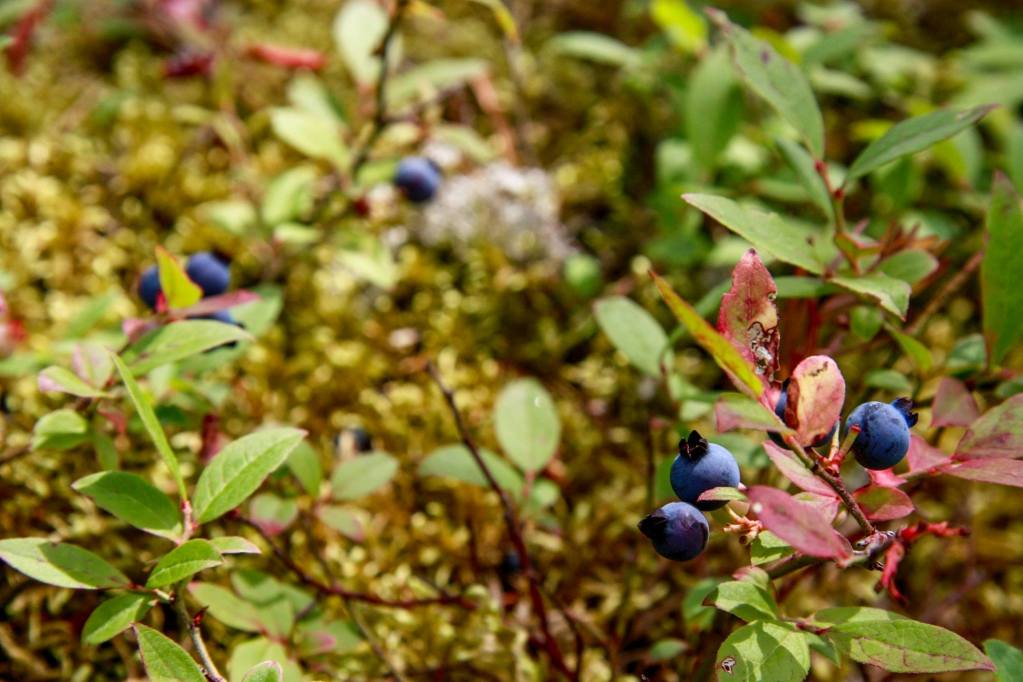 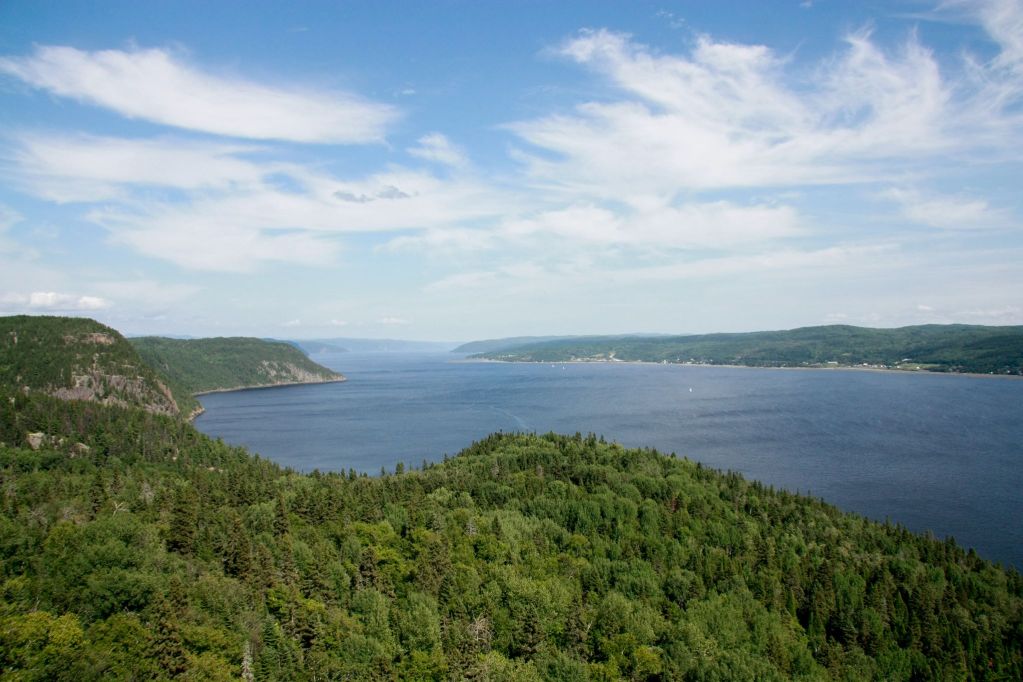 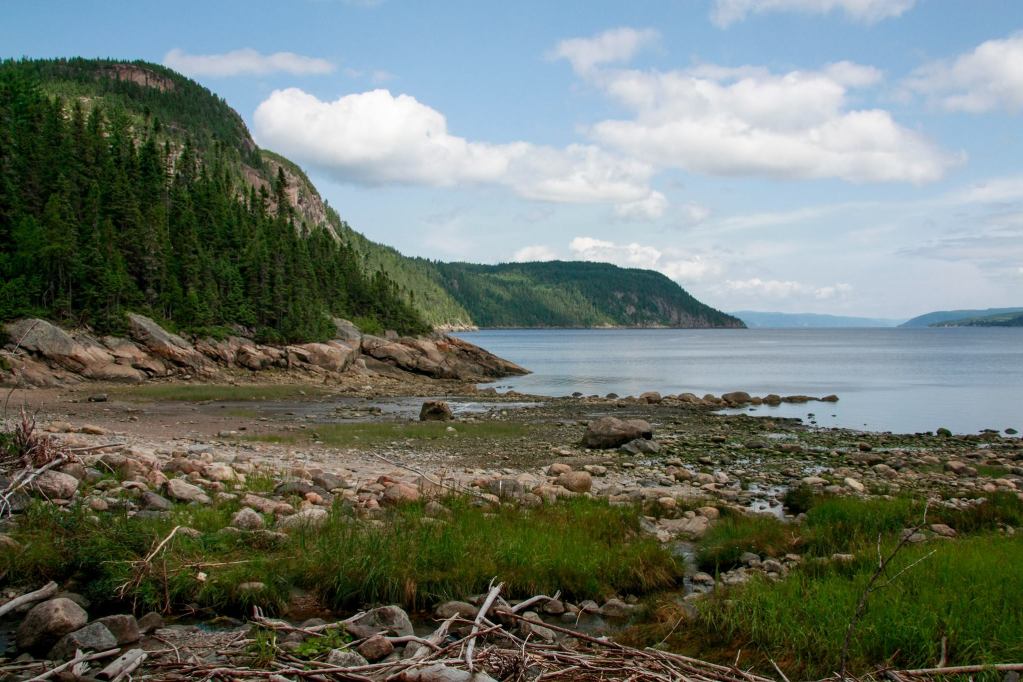 Following the Route du Fjord, we drove west to Chicoutimi to find one of only two crossing points on the entire fjord, then drove east to Cap-à-l’Est and Ste-Rose-du-Nord. The drive next to the water, though very long, was gorgeous, and I’m glad Conni drove that time since half of me was out the car window the whole time taking pictures. Cap-à-l’Est provided a panoramic view that even Martin and Karyne, locals of Saguenay for their entire lives, considered to be jawdroppingly stunning. 6 km away on a forested, gravel road away from the main highway, a lone mountain cabin and terrace looms over the steep cliffs of the fjord with the crystal clear water below. Really something special. 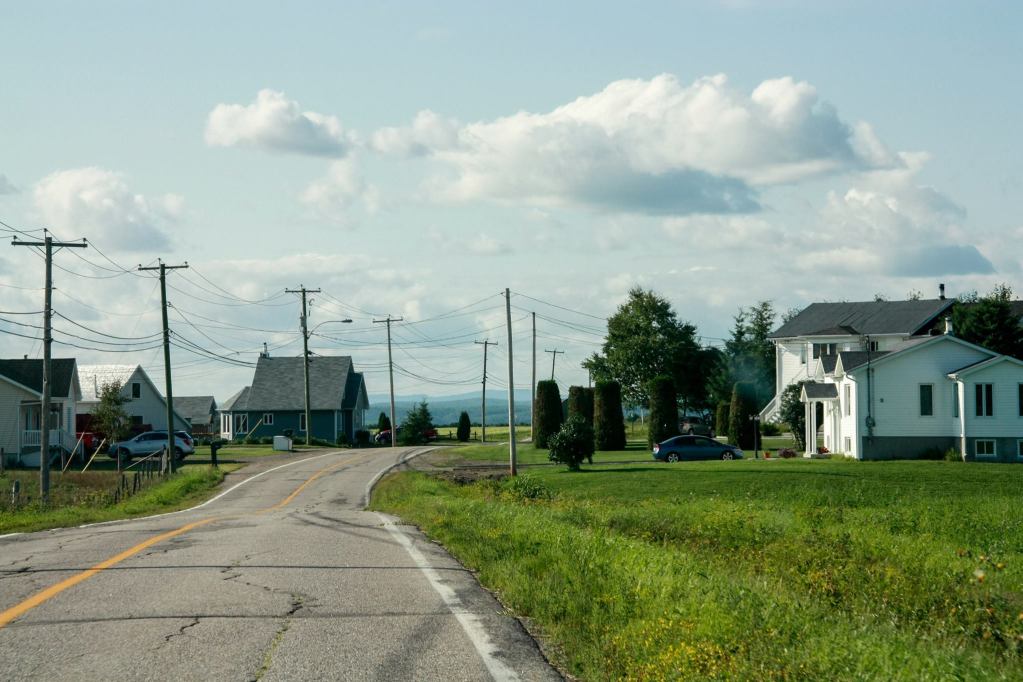 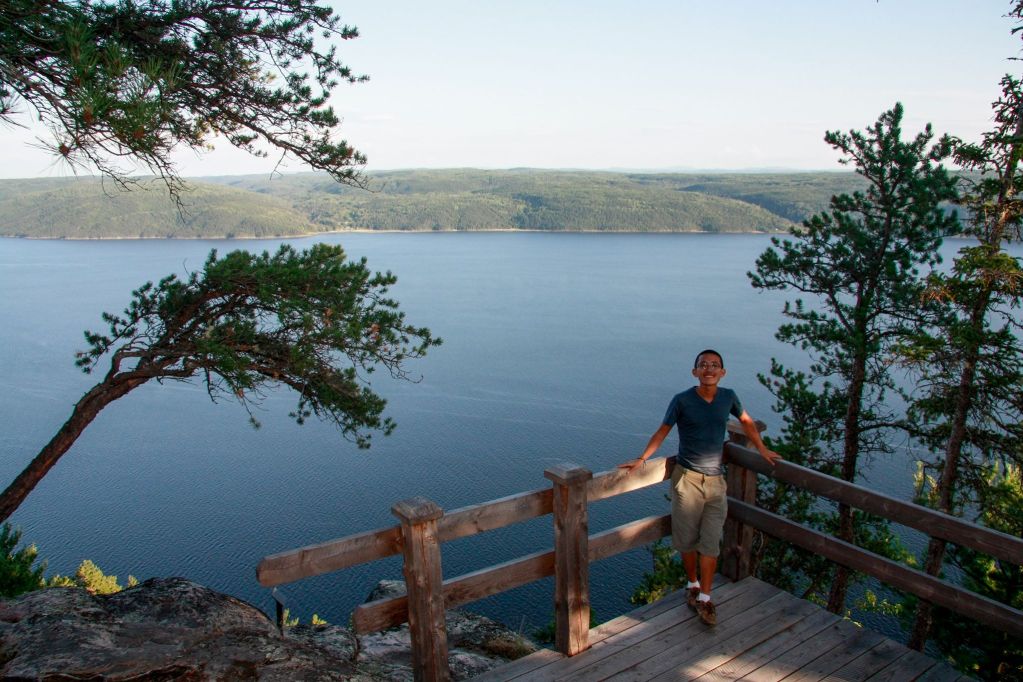 Ste-Rose-du-Nord was presented to us as merely the best option for “local food” — that is, poutine. (Seriously.) What we encountered instead was a charming small village on a small cove with a beautiful view of a sunset behind the fjord. And of course, the poutine was nothing less than amazing — those cheese curds really have to squeak when you chew them! 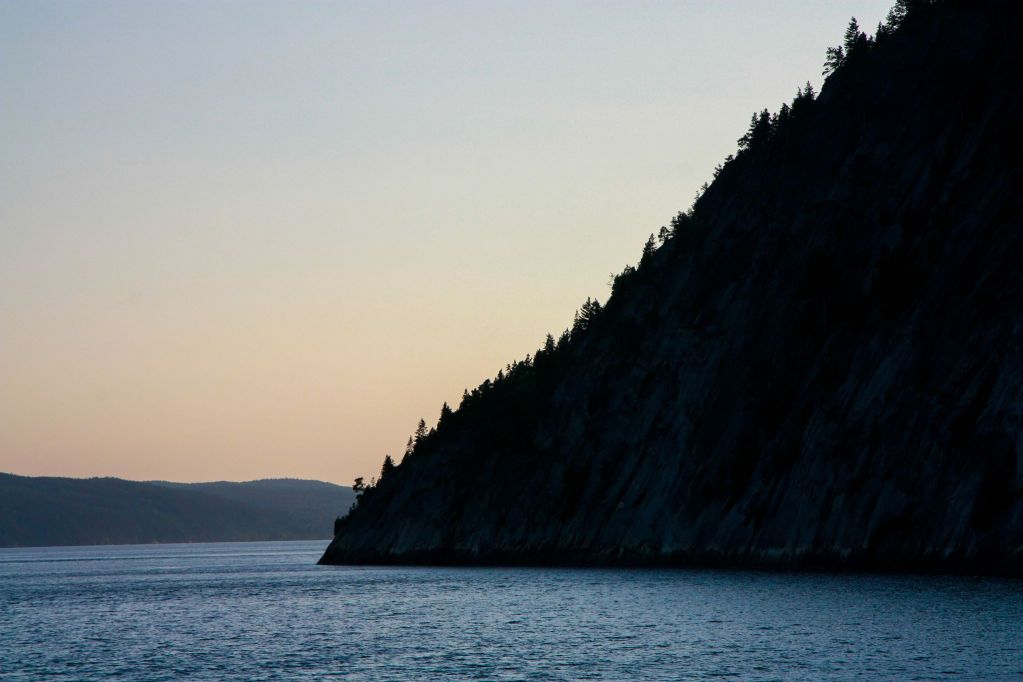 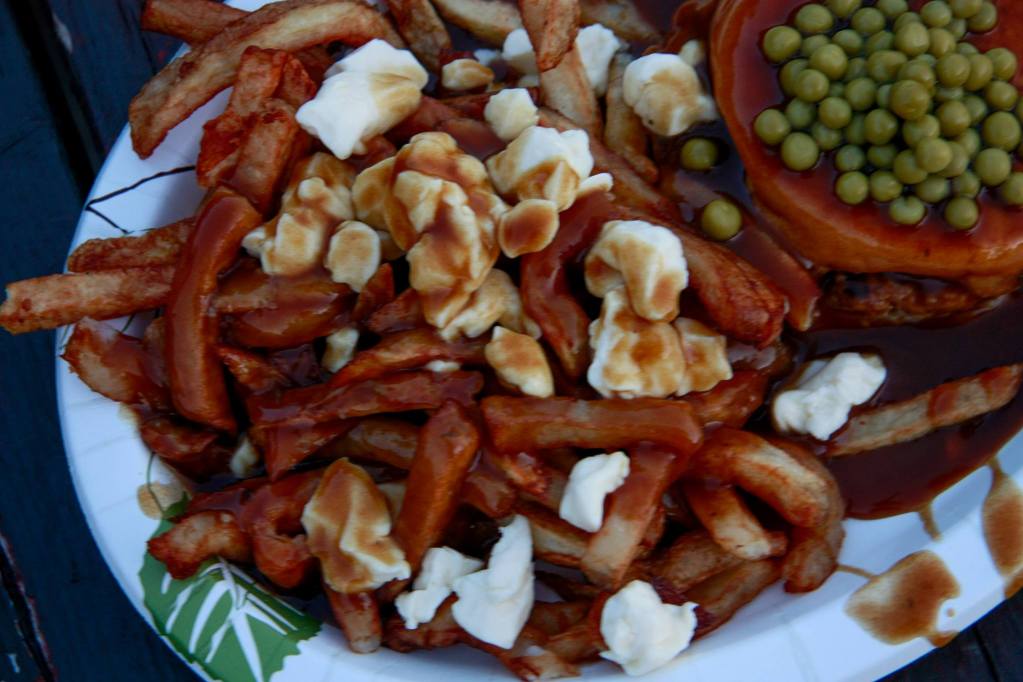 We spent two lovely days with Martin and Karyne. As luck would have it, they were headed to Costa Rica for their first family vacation. Xavi and Conni were more than happy to provide two nights’ worth of exhaustive travel advice and a large breakfast of gallo pinto, and they returned the favour by making waffles. As nice as the scenery was, staying in their family home, chatting over some food and wine, and playing with their kids turned out to be the most memorable. La Baie is a charming town and we were sad to leave it and such a welcoming home behind. At 97-99%, Saguenay is the most natively francophone region in Canada and also heart of the separatist movement, but it’s not like you can tell. They’re just as welcoming to visitors if not moreso (lack of English speakers, info, or signage aside, they certainly do their best to welcome you however they can), but Martin mentioned how unusual it was to have us visitors who weren’t from France. Rest of the world and other Canadians seem to skip them for Gaspésie!

We nearly circled the entire fjord the next day, dropping Xavi off to take a bus back to Montreal and heading to L’Anse-St-Jean, another village on a cove, to spend the night. While it was a long day with little actual activity, here the stereotype of Canada really shows itself — empty roads for hours at a time, sheer wilderness abound, beautiful scenery wherever you point your camera. We unfortunately didn’t have the time to go whale watching in Tadoussac or Baie-Ste-Marguerite — a popular activity in the area — but hey, we crossed the fjord twice, had a tourtière au Saguenay (salmon, not meat) next to a fjord sunset, and cruised through an open, colourful village complete with a covered bridge. It may not seem like much, but the small town charm really cannot be underestimated. 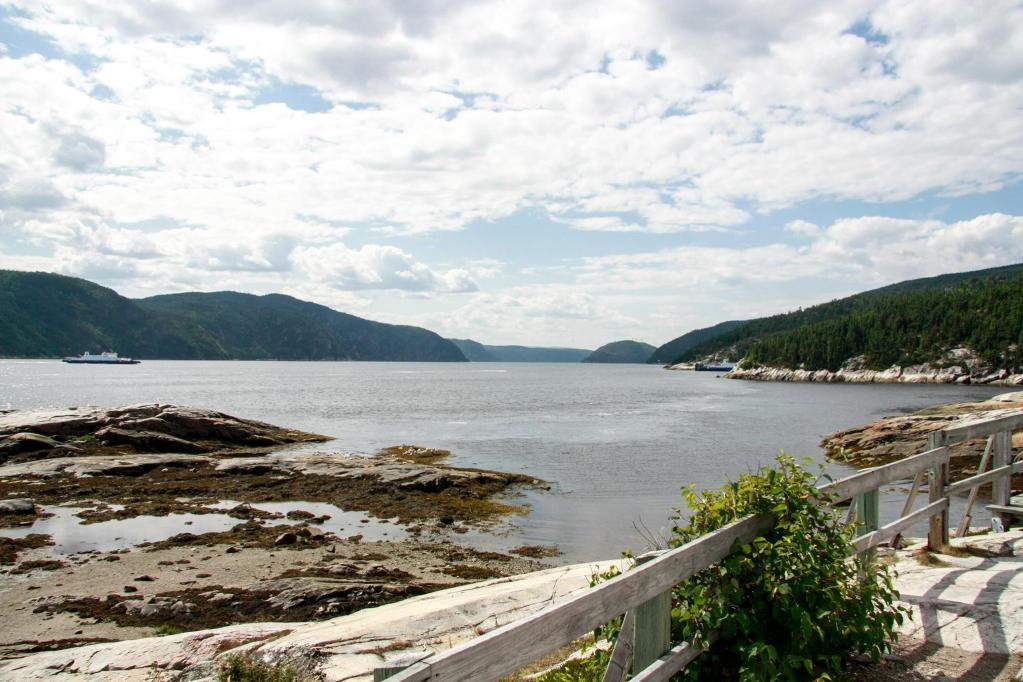 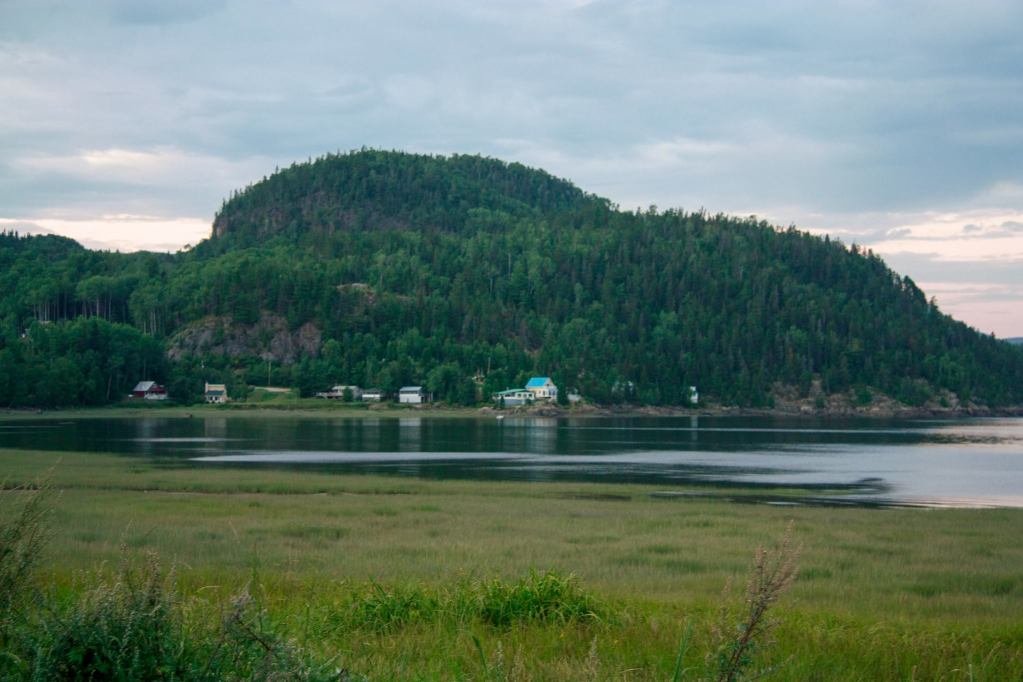 Having never stayed at a hostel before in Canada (let alone North America), I have to say… these youth hostels are pretty inaccessible! L’Anse-St-Jean is already incredibly hard to get to, with little to no public transport to it, but the hostel was well away from the highway, in an obscure street, and up a giant hill! Can’t possibly get there without a car or snowmobile if you’re carrying bags. Anyway, we were rewarded with a fairytale-like house in the middle of the woods. Fair tradeoff. 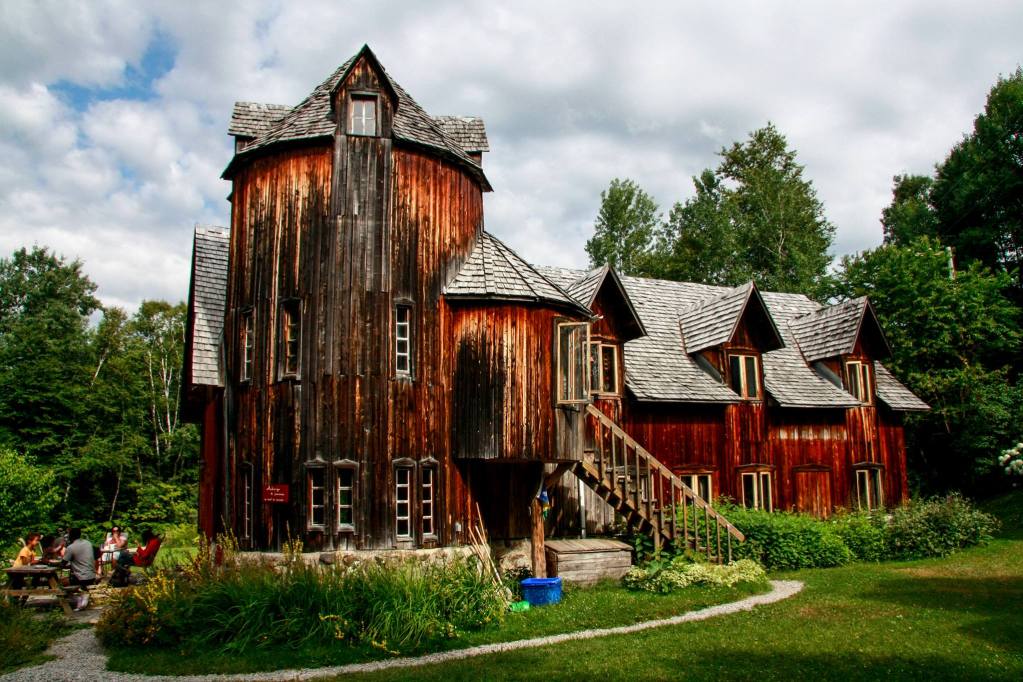 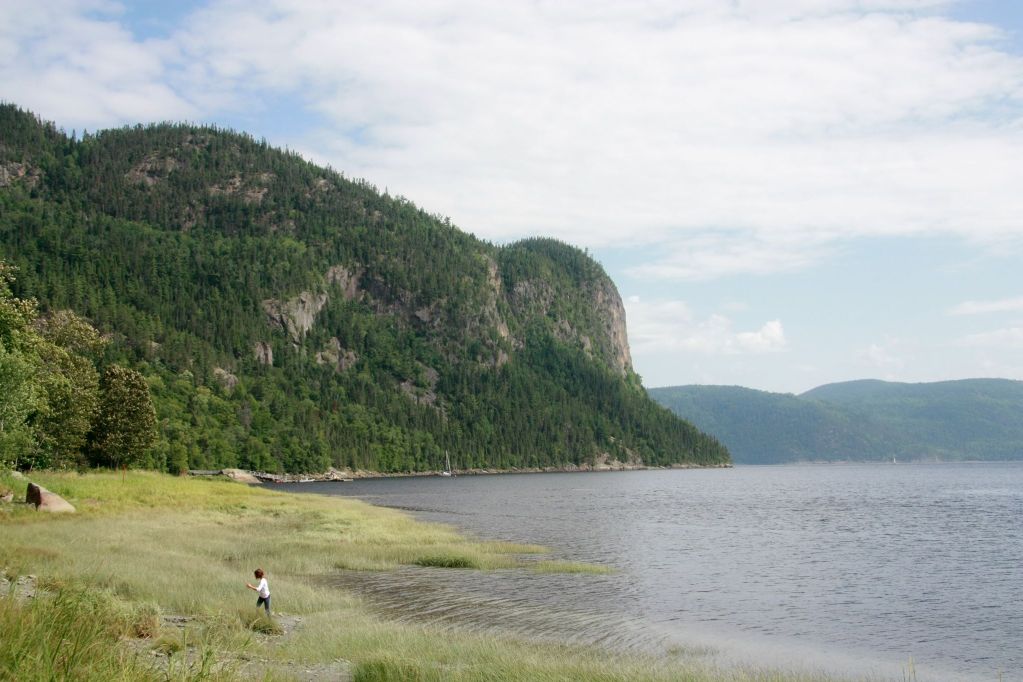 Making up for sitting in the car all day, the next day we took a hike at Baie Éternité inside the Saguenay National Park — my first national park visit in Canada! We had to make a quick exit due to the rain, but it was nice to get one final look at the fjord, before continuing on a scenic, winding drive through the Charlevoix region to Baie-St-Paul, an artisan’s enclave full of galleries showcasing local and pan-Canadian art. We toasted our last night with smoked meat sandwiches, completing our trifecta of deliciously sinful Québécois food… And some more maple butter ice cream. And beer next to a campfire. Of course.

And that was it for the roadtrip! We returned to Montreal, parting ways before spending time with my friend Sophian from the Singapore days, taking a trip an hour and a half southeast of Montreal to hike up Mont Orford for a panoramic view and enjoy the lake at Magog, and soak in the wild Sunday atmosphere at Mont Royal. You can’t not have a good time in Montreal; I can certainly attest to that after three visits this summer. 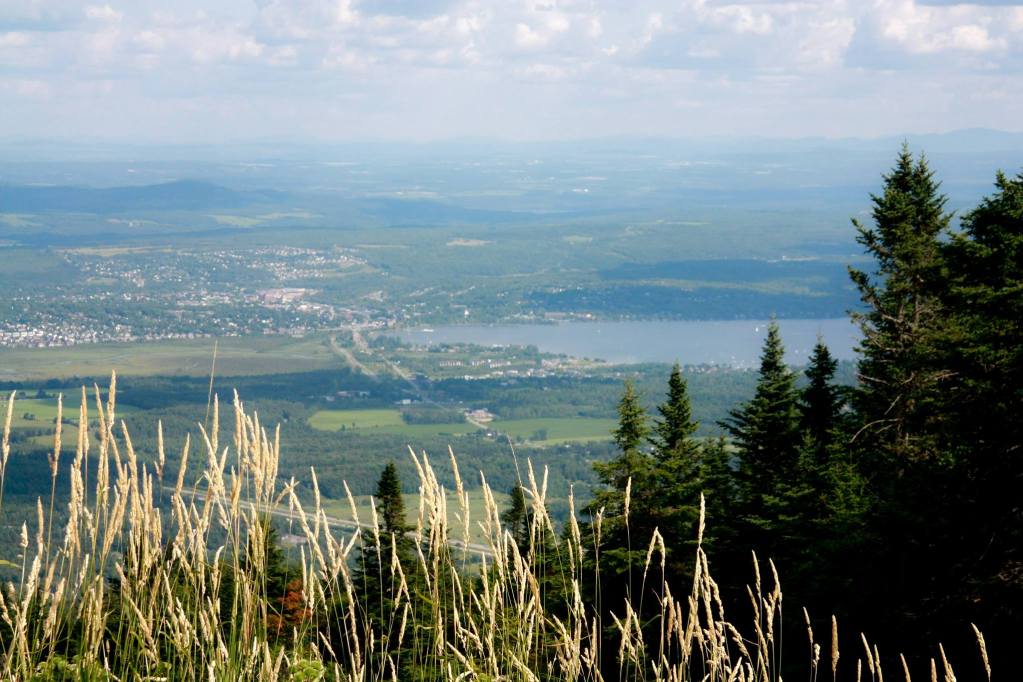 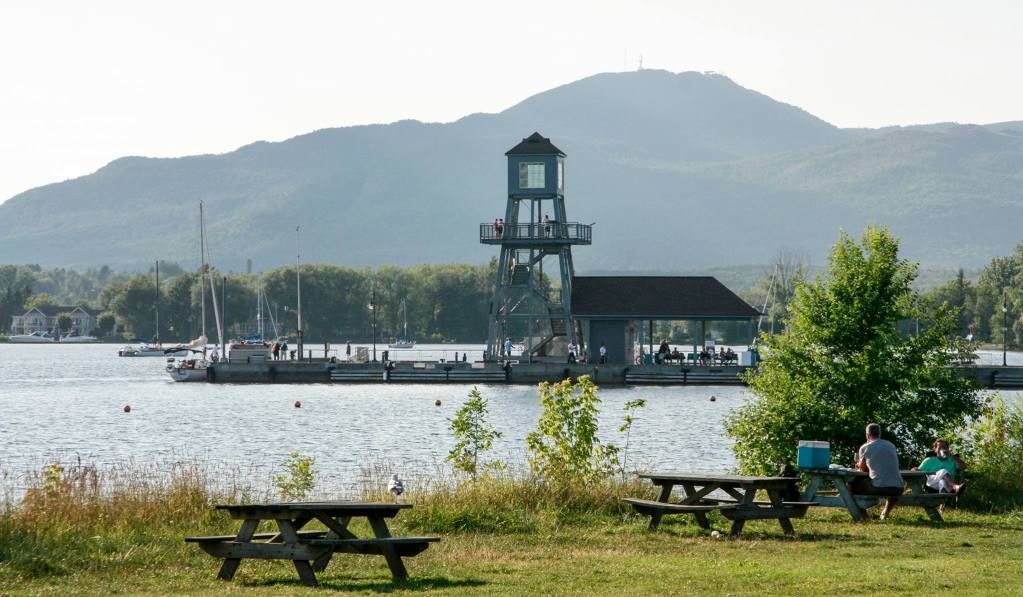 All in all, this was a completely different trip than what I’m used to! While it’s a bit sad that driving is necessary for travel in Canada, with public transit near non-existent or prohibitively expensive for many places, at least a car provides a lot of freedom to arbitrarily backtrack (which we did many, many times), go somewhere impulsively, or to check out that next tiny village or viewpoint or stop at the side of the road. Couchsurfing for so many nights provided both comforts of a home and an easy way to meet locals. I’m pleasantly surprised to have been blown away by this trip and to break the adage of “oh, travelling domestically is boring” — in this vast country of ours, every region has its quirks, and there’s no better way to learn them than from hosts who are more than happy to share that with you. If anything, this trip has encouraged me to do an extended cross-Canada trip someday!