Both the road and train to Galle hug the western coast of Sri Lanka, with nondescript villages and beaches (and the odd low-key resort) lining the route. I could only watch as they flitted past me on my bus ride to Galle — sacrifices needed to be made, with only 11 days in a country.

Only a few days in, I notice that most people in Sri Lanka are pretty smiley. I get on a bus, people smile at me. Someone takes the seat next to me, they smile at me. Indeed, one man did just that, but then struck up a conversation. Shukry introduced himself, and after the usual pleasantries of “where are you from?”, “where are you going?”, and “do you like Sri Lanka?”, gave me a warm welcome. A local gem seller himself (one of Sri Lanka’s more famous exports), he lit up when I mentioned where I was from; he has family in Chicago and Toronto. And that was enough for him to invite me to stay at his house, where his son was already hosting a German friend for the past month, and where he has direct access to the water, a boat, and some jetskis on hand.

Why did I not take that offer?! I’m stupid. But nonetheless, I’m struck by how open people are to strangers here.

Anyway, he got off the bus half an hour before I did, and Liran and I disembarked in the port city of Galle (pronounced “Gaul” in English, but “Gal-le” in Sinhalese and Tamil). In a complex story tied with indigenous kingdoms aligning with foreign powers to vanquish other indigenous kingdoms, parts of Sri Lanka were formerly colonised by the Portuguese, before being taken over by the Dutch. Galle was a fort built by the Portuguese and extensively renovated by the Dutch, who added a tide-based sewer system and major fortifications. Though Galle is now most definitely Sri Lankan, its fort strongly retains its European flavour, with Dutch houses, verandas, red roofs, churches, and towers. In a bit of odd trivia, some people consider Galle to be the Biblical city of Tarshish. Huh.

Galle’s fort and old city feel worlds away from South Asia, and though also a Dutch fort, feel quite different even from Kochi. Though also full of foreign tourists and tourism-related shops, there’s a very laconic pace. Considerably cleaner and smaller than Kochi, there’s also virtually no traffic — ahh, that’s the key thing here. 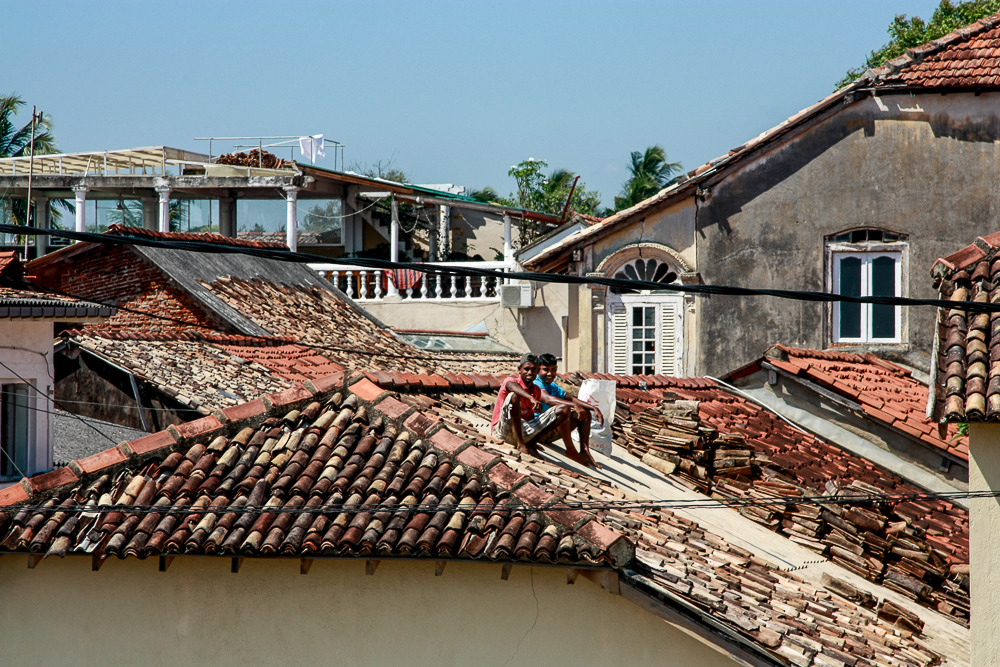 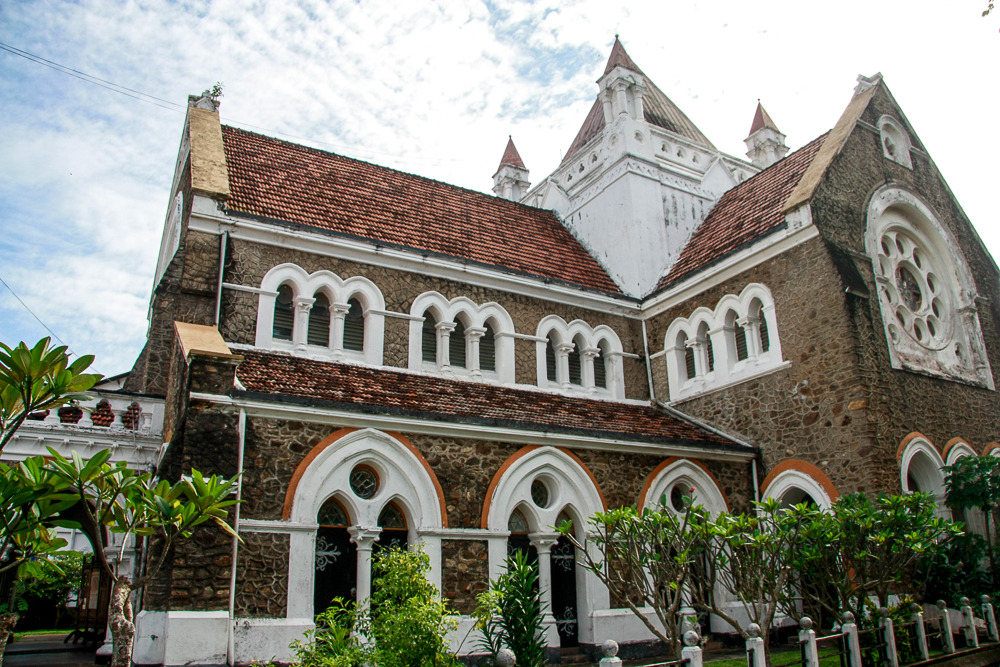 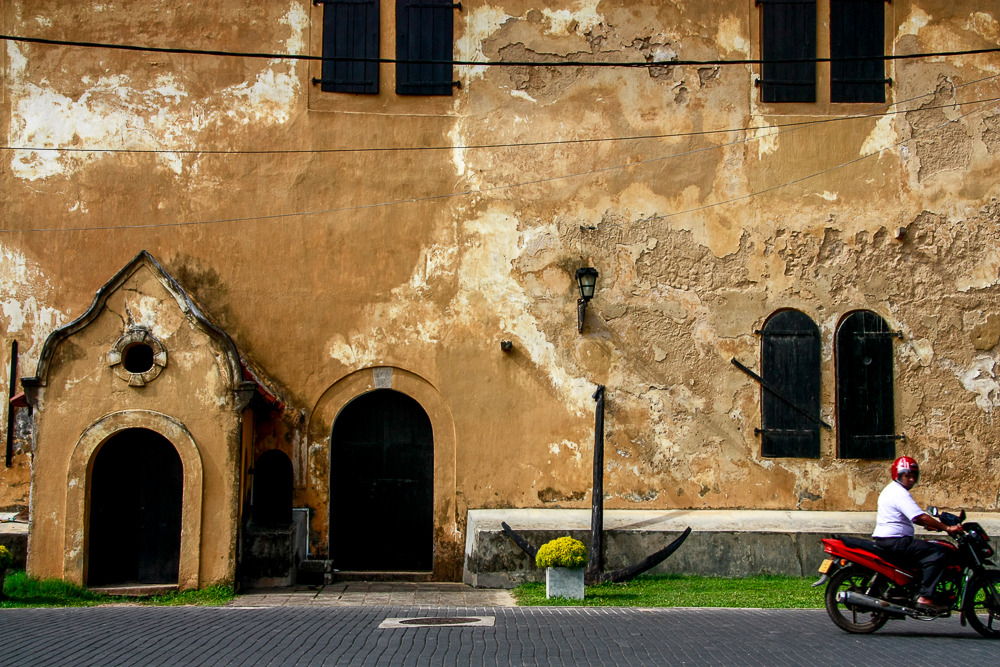 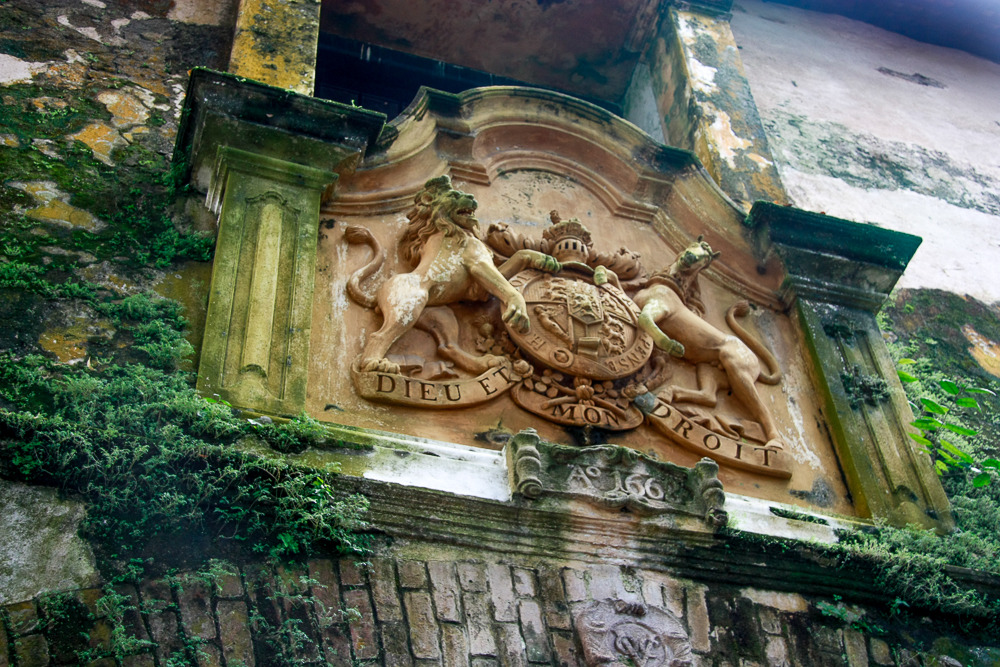 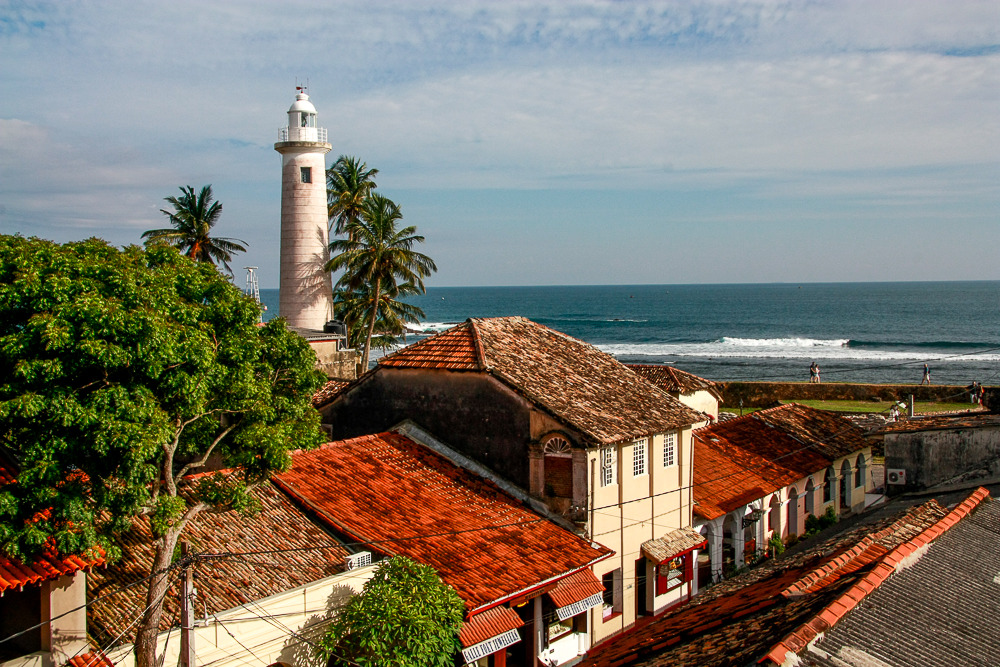 Just off the main streets, barely past the boutiques and restaurants and hotels, wandering in the quiet alleyways still gave a sense of a vibrant local life, unhindered by all the visitors. Despite the fact that most residents of Galle live in the decidedly modern city outside of the fort, the fort itself still feels very lived-in and utilised. I got nothing but smiles wandering by. 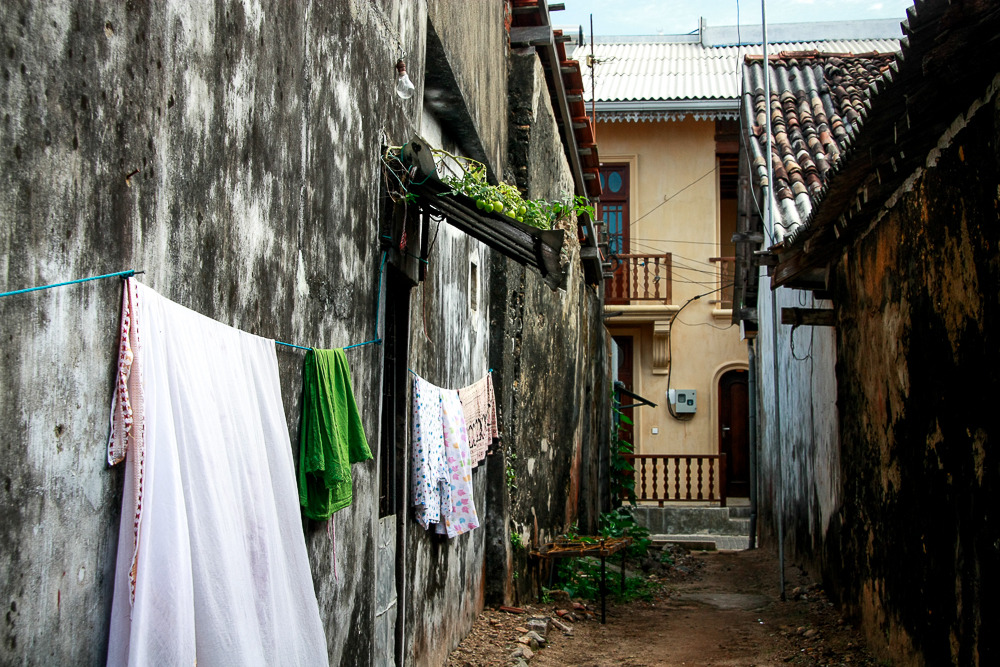 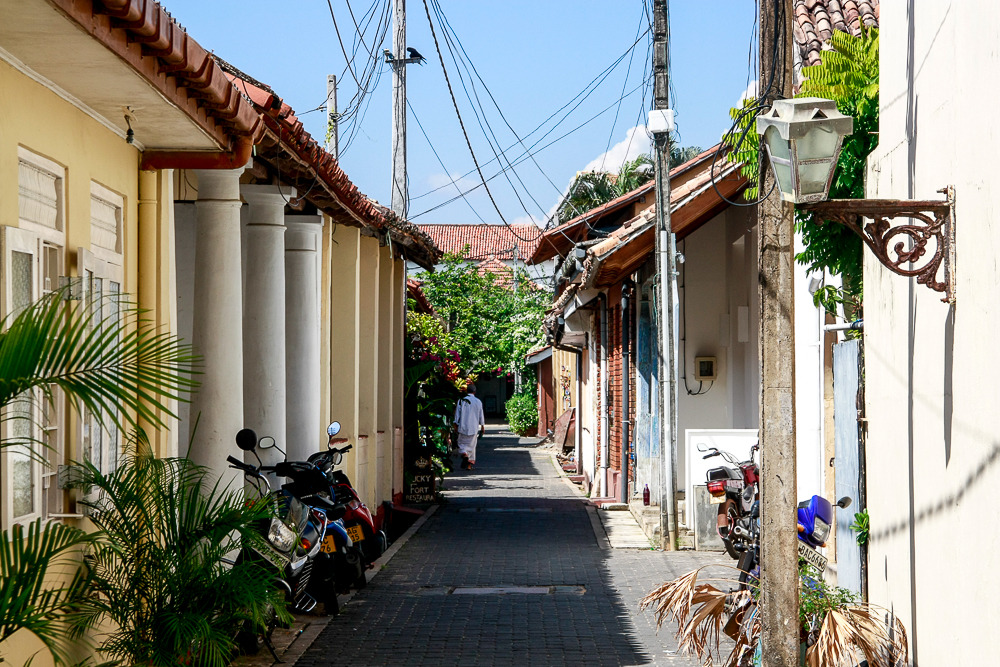 The bastion walls are also walkable, and I took a few laps, marvelling at the clear water on one side, a local track meet going on just outside of the walls, and of course, an elevated view of the churches, mosques, lighthouse, and countless houses inside the fort. Think mini-Dubrovnik. 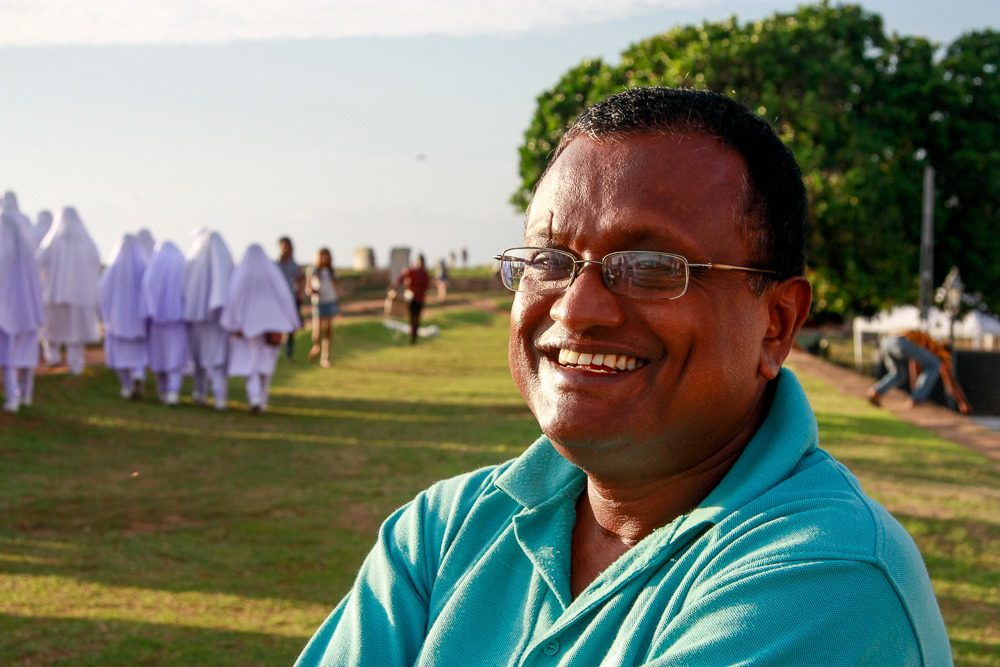 But like Galle Face Green in Colombo, things really come alive when the sun goes down and the temperature with it. With a view of possibly one of the most stunning sunsets I’ve ever seen in my life, I sat down on a bench for some time, joining a local who was already there. Samaraveer and I talked for over half an hour as tourists walked by, a busload of Muslim schoolgirls swarmed about, and local joggers zoomed past. A resident of Galle but not of the fort, he comes by every evening (usually with his wife, but this day, she was sick) to walk a few laps on the bastion walls. He waxed poetic not just about Galle, but about the entire country — where else in the world can you find lowlands, midlands, and highlands all in such close proximity? 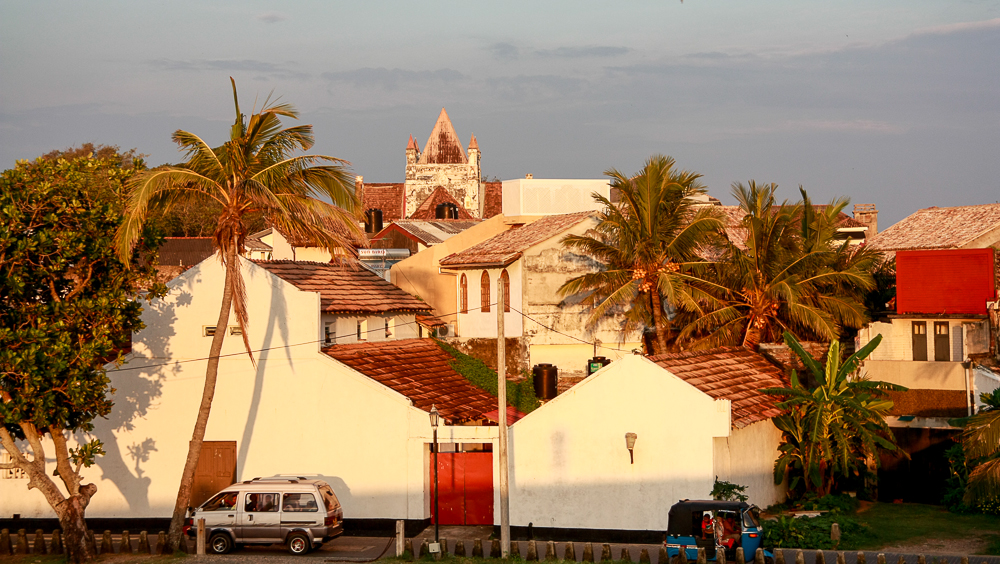 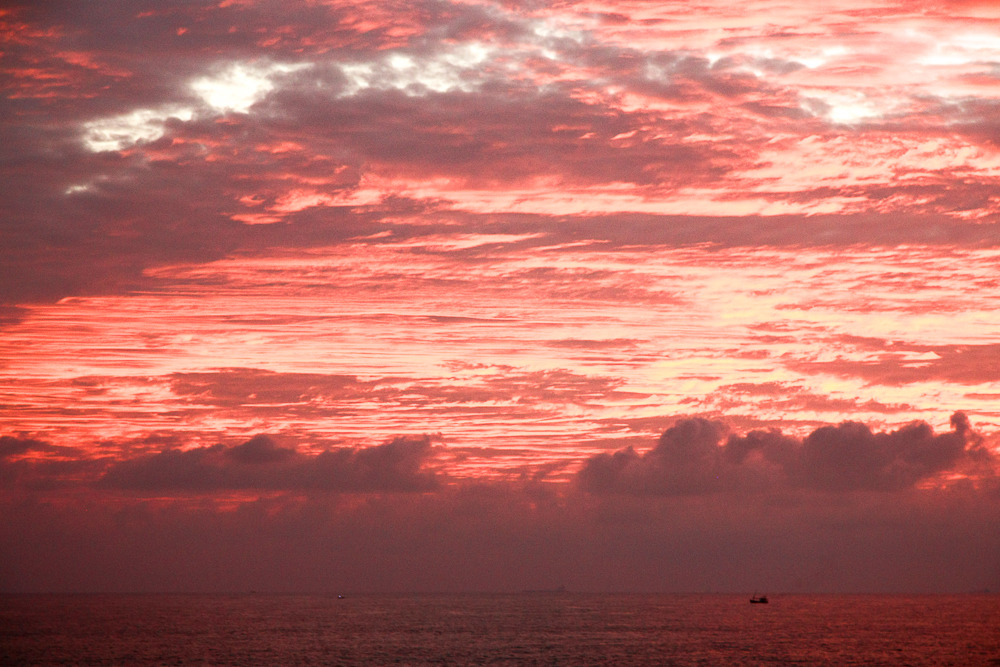 The more I talk to locals, the more I eager I am to see the country.

Another night, another kottu roti. Now, onto the beach!

Past all the resort towns, Mirissa remains relatively low-key, despite also being full of tourists and whale watchers. No resorts, just guesthouses, some with restaurants on the beach. And of course, lovely, pristine golden sand, black sand, and blue water. 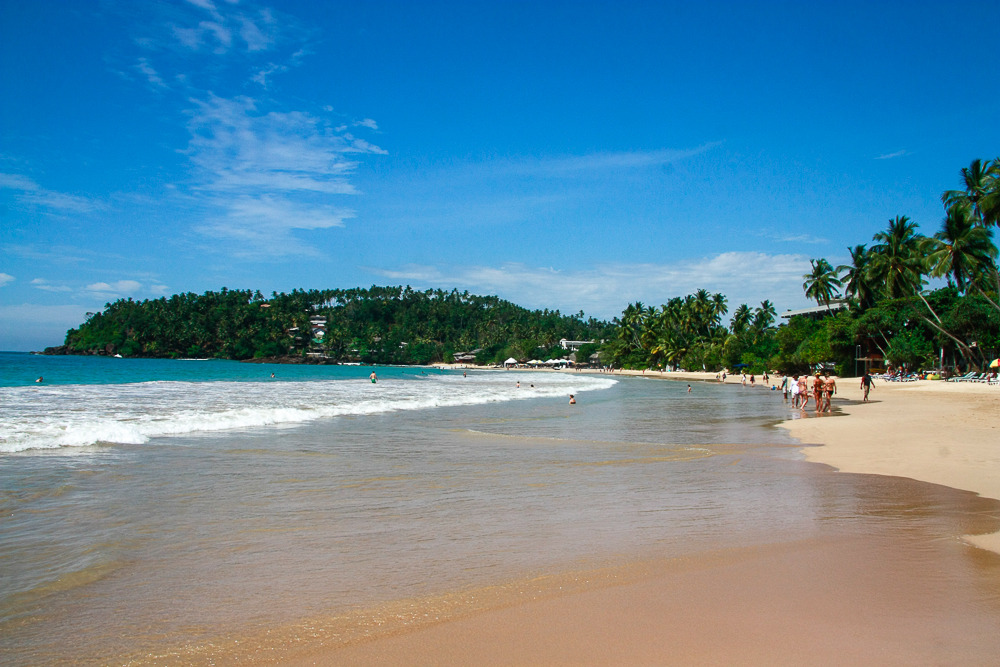 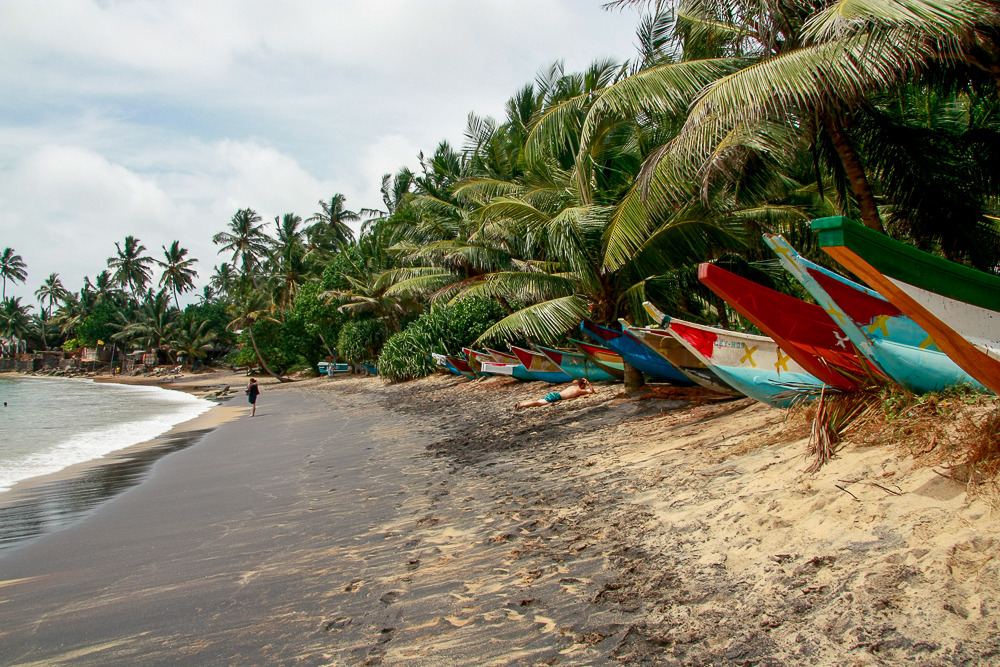 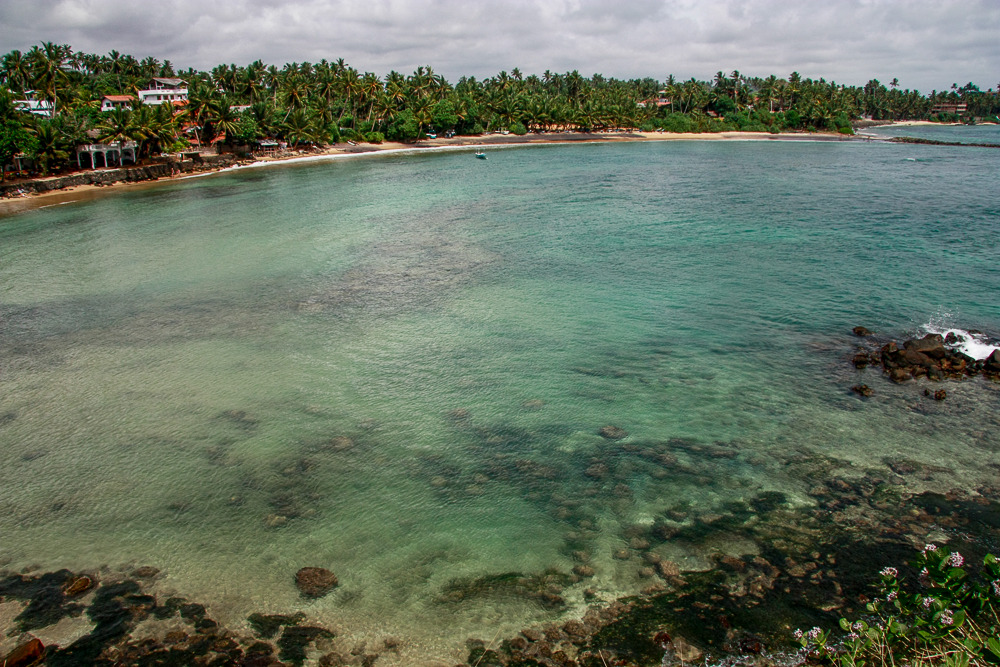 I enjoyed all of that for precisely three hours. That is, the time it took for me to burn as red as a lobster after accidentally falling asleep on the beach, even despite applying sunscreen. Oops. I suffered for that for the following weeks (yes, plural!).

But anyway! At night, the beach transforms, with a glittering row of candlelit tables by the water, the smell of fresh-grilled seafood, and the obligatory hippie-tourist-fire dancer. Liran and I chose to go with another night of kottu roti off the beach, resolving to eat on the beach the following night. 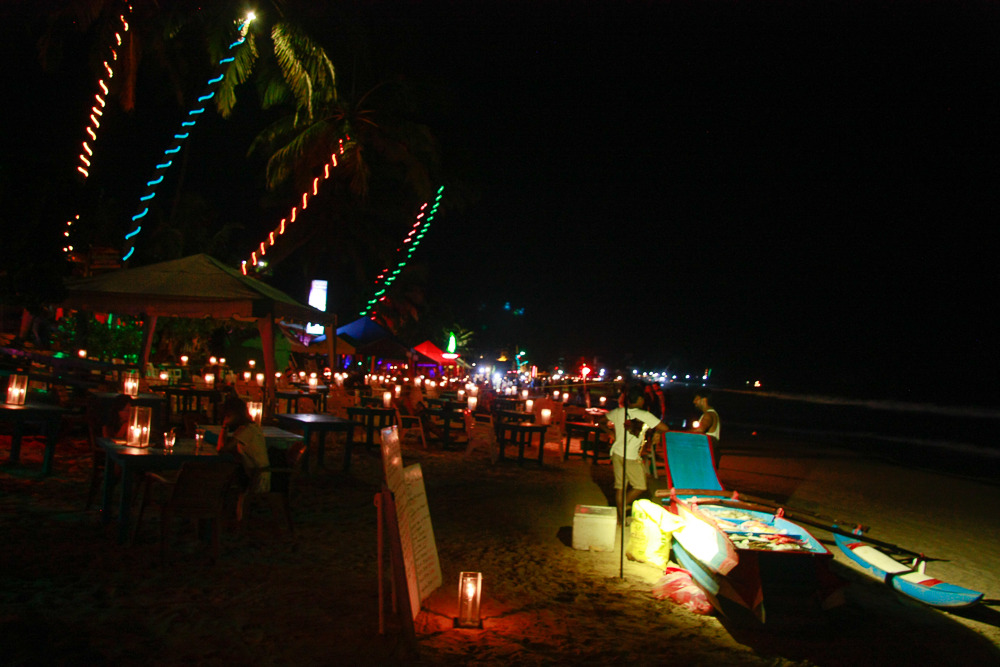 Spending almost the rest of my stay either in bed or under shade, I escaped both evenings to check out the stilt fishermen in nearby Ahangama. While I missed them the first night, I did see them the second night. A picturesque symbol of Sri Lanka, fishermen in the south stake their own perches in the water, not too far from shore, climbing up in the evenings and sitting still on a crossbar, taking advantage of currents that bring plentiful amounts of fish close to shore. As rewarding as it may be, that can’t be comfortable! 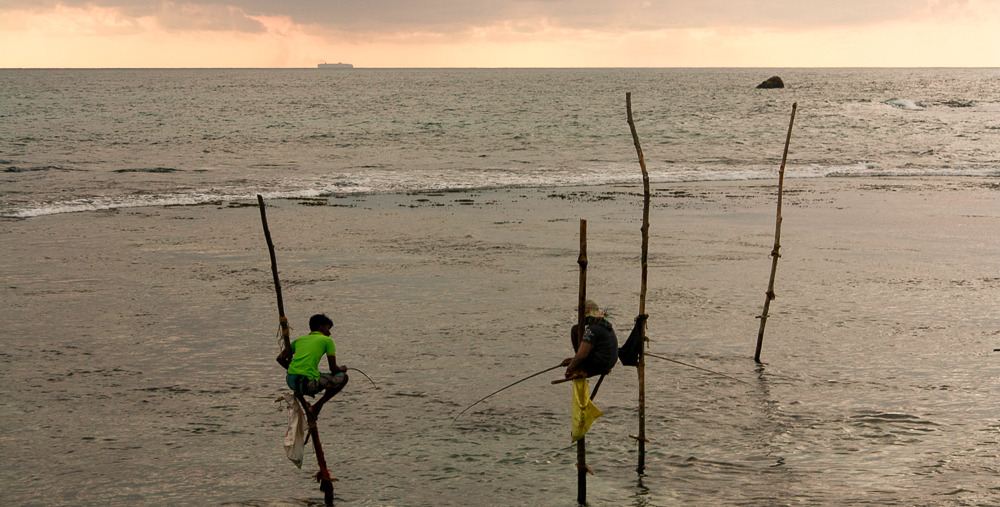 To mark the last day of travelling together, we then returned to Mirissa in hopes of eating on the beach…when it started pouring for four hours. We made it back to our room alright, but neglected to bring everything inside. Opening the door later, my shoes had floated away in a flash flood. Oops. Even after fetching them and waiting for the rain to subside, well… let’s just say it was all a wash. Oh well!

Another kottu roti it is.