Sri Lanka has a great railway network with modern, roomy train cars — who’d have thought? With a four-hour ride costing barely $2, plus beautiful scenery through the mountains, it was a no brainer to take it from Haputale to Hatton.

From Hatton, I took a bus to Nallatanniya (Dalhousie), the entry point to Adam’s Peak, also known as Sri Pada. Here, Sri Lanka’s four religions have an odd point of convergence. At the top of Adam’s Peak is a footprint. Buddhists say it’s that of the Buddha himself. Hindus say it’s that of the god Shiva. Most bizarrely, some Muslims say it’s either the footprint of Adam (as in Adam and Eve, and hence the name of the peak — kind of unlikely, given that Biblical Eden is in modern-day Iraq or Iran) and Christians say it’s St. Thomas (somewhat more likely, due to his later life in Chennai, but barely). It’s a point of pilgrimage for everyone, but for Buddhists most of all. 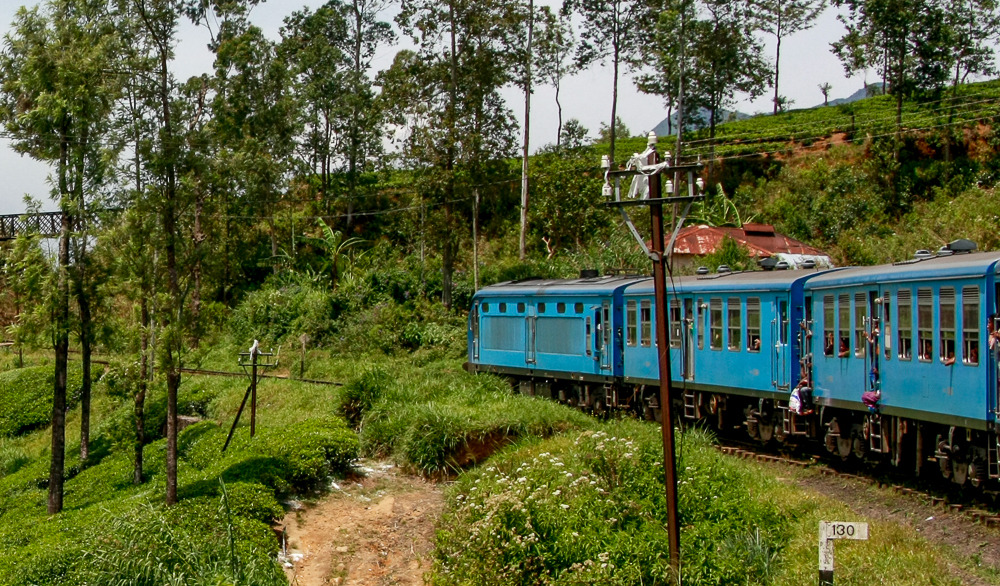 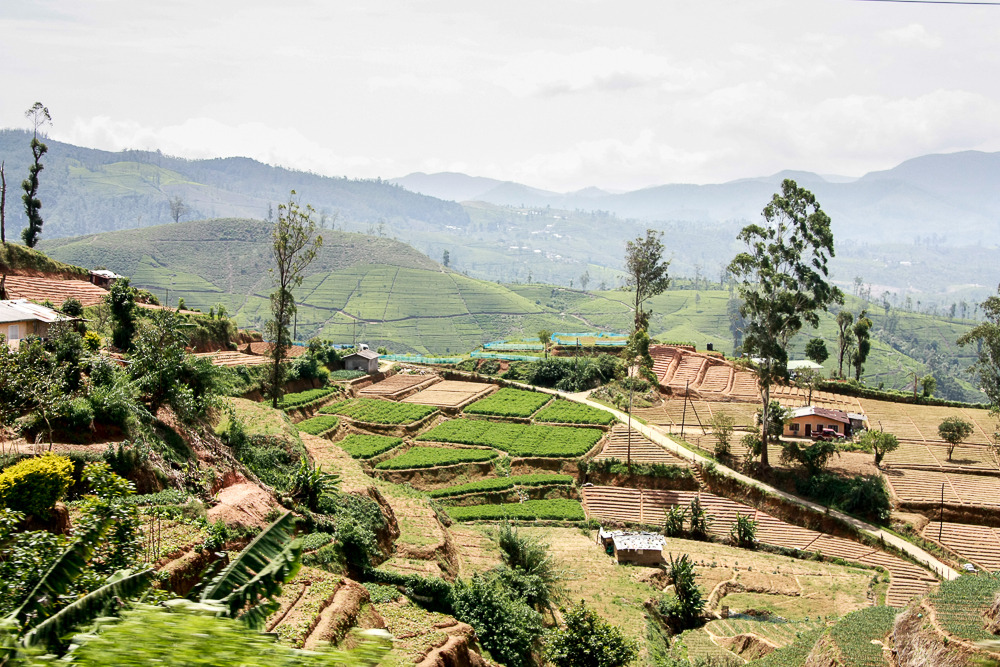 And lo and behold, who should I run into on the bus but Wieke, who I met in Colombo? Also on the bus, we made fast friends with Gemma and Ramon from Catalonia, and the four of us decided to do this “pilgrimage” together, in an oddly fun English-Spanish-Catalan conversation-translating triangle.

Now what does this entail? Oh, just roughly 5500 steps up a mountain, starting at 2:30 am. Yes, most travellers traverse the peak in the middle of the night, in order to make it to the peak by sunrise. After grabbing food, buying some snacks and water for the journey, and taking a pitifully short “nap” beforehand, we set off. At the base, we each received what I presume is a blessing from a monk, in the form of a white string tied on the wrist. 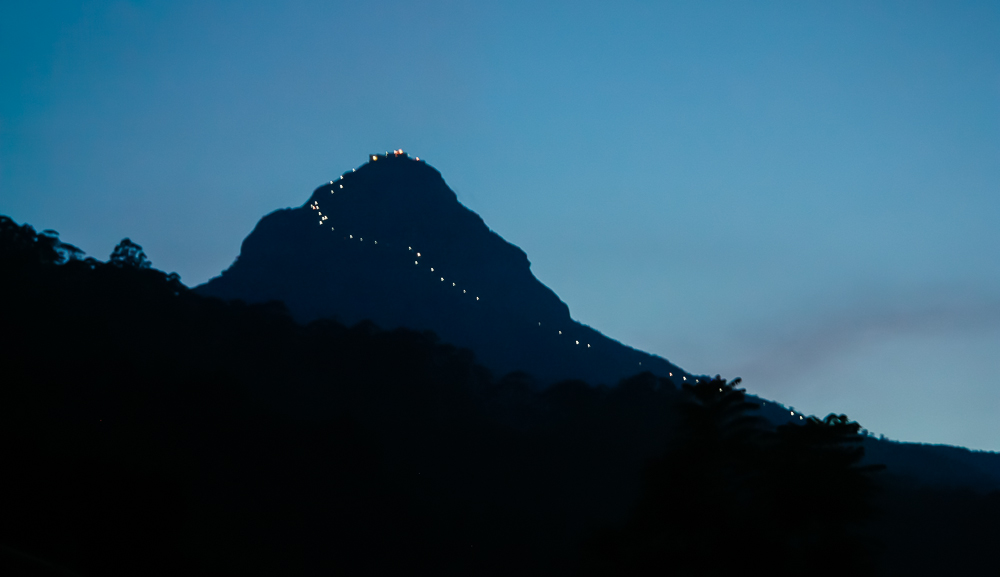 Unlike another late night mountain ascent I did (Mount Batur in Bali), to my surprise, this one absolutely did not need a flashlight. Not only that, but the mountain was positively buzzing the entire way up, almost like a night market — just looking at it, it was hard to believe that it was the middle of the night. Starting out easy but getting unrelentingly steep not long after, it was certainly a hike, but one for all ages! Beyond the many other tourists, there were hordes of locals young and (very) old, some even barefoot, doing everything from playfully sprinting up the steps to painstakingly slowly climbing step by step. There were outdoor showers and even sleep areas along the route, as well as plenty of tea shops. Inexplicably, there were plenty of shops selling other things too, like… toys? Yeah, I’m sure I’d love a pink stuffed bear halfway up a mountain.

We had a good pace and made it to the final tea stop 100 metres from the peak, exhausted at 4:30, rewarding ourselves with several cups of milk tea and huddling ourselves from the cold. Despite the fact that all supplies are carried all the way to the top, I was very surprised to see reasonable prices. Now that’s a kind-hearted pilgrim’s road.

Having a look down while it was still dark, we could see the entire path leading back to Nallatanniya, a glow of street lamps and tea stalls. It was beautiful. 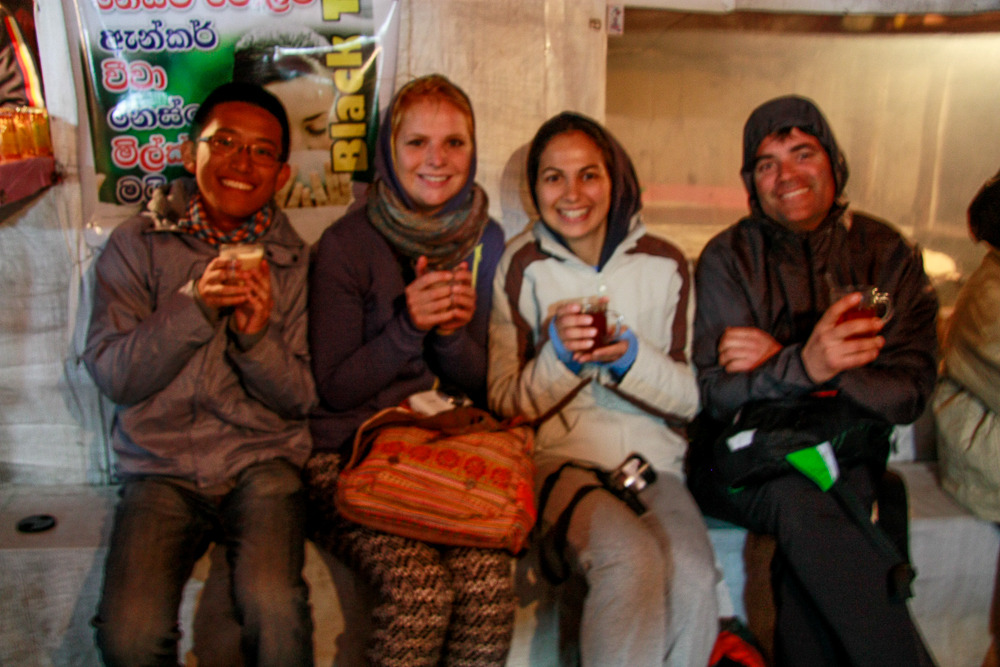 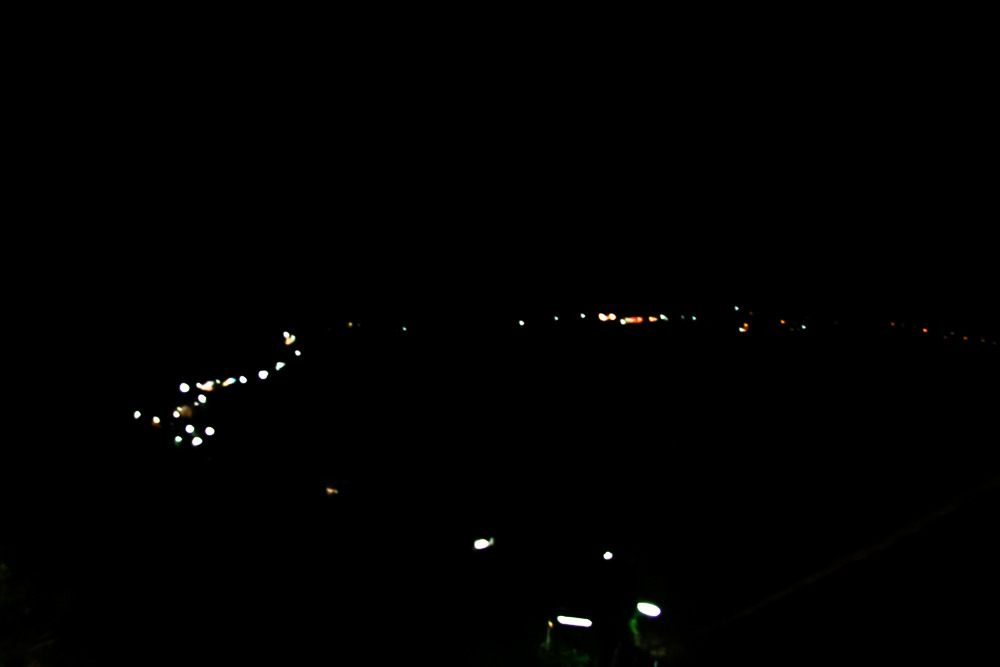 At 5:45, we made our way up to the top in preparation for the sunrise, only to see an enormous crowd already staking out much of the available space. The sunrise is pretty special — apparently at a low enough angle that Adam’s Peak itself casts a perfectly triangular shadow in the distance. Squeezing ourselves in, we waited in anticipation… only for the sun to rise into a layer of clouds before re-emerging above them. Ah well. 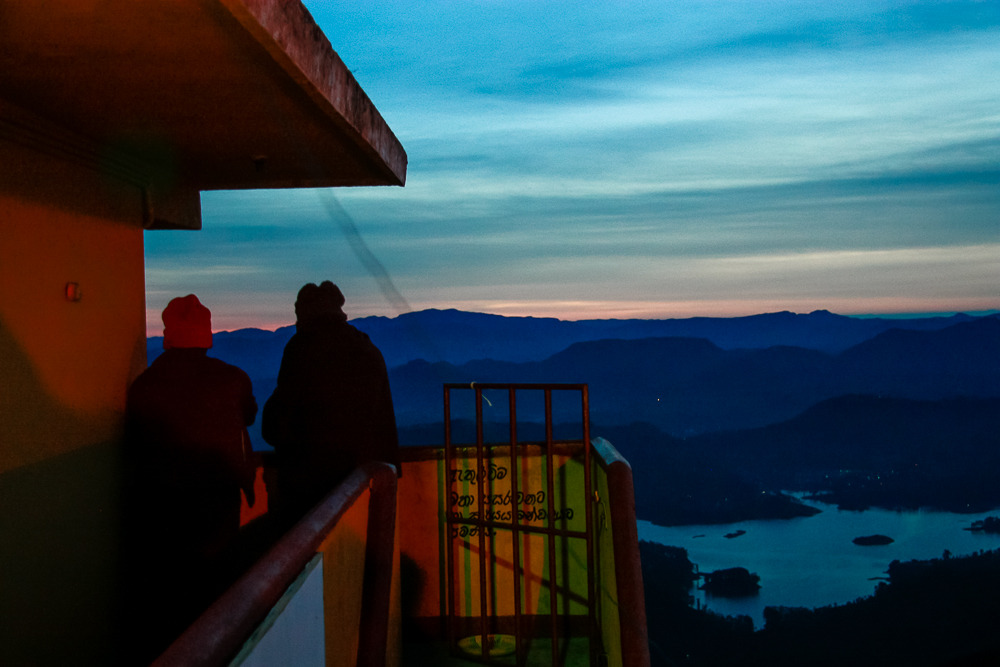 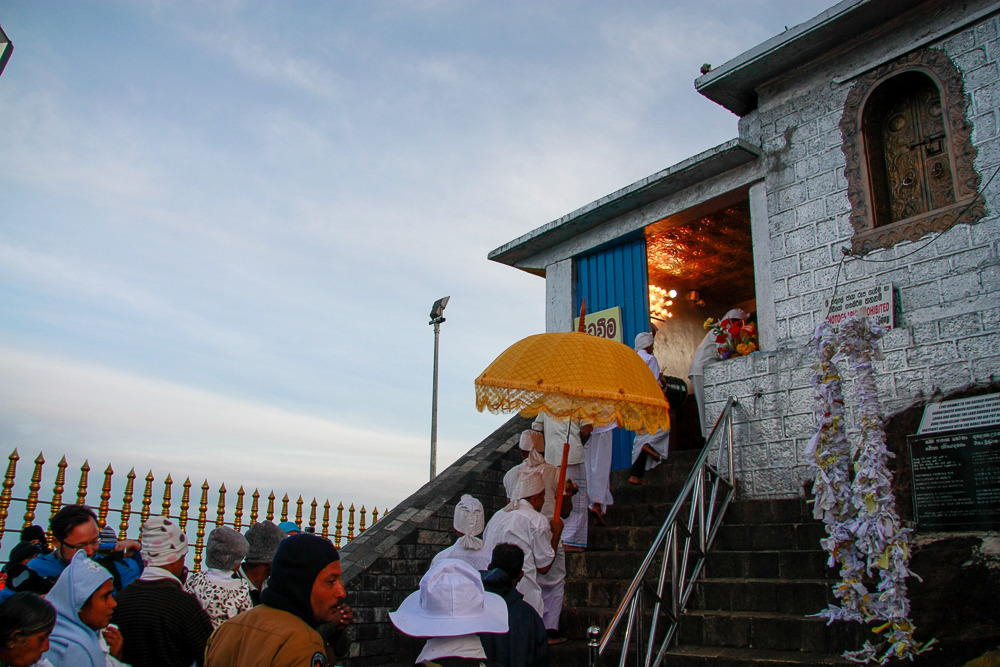 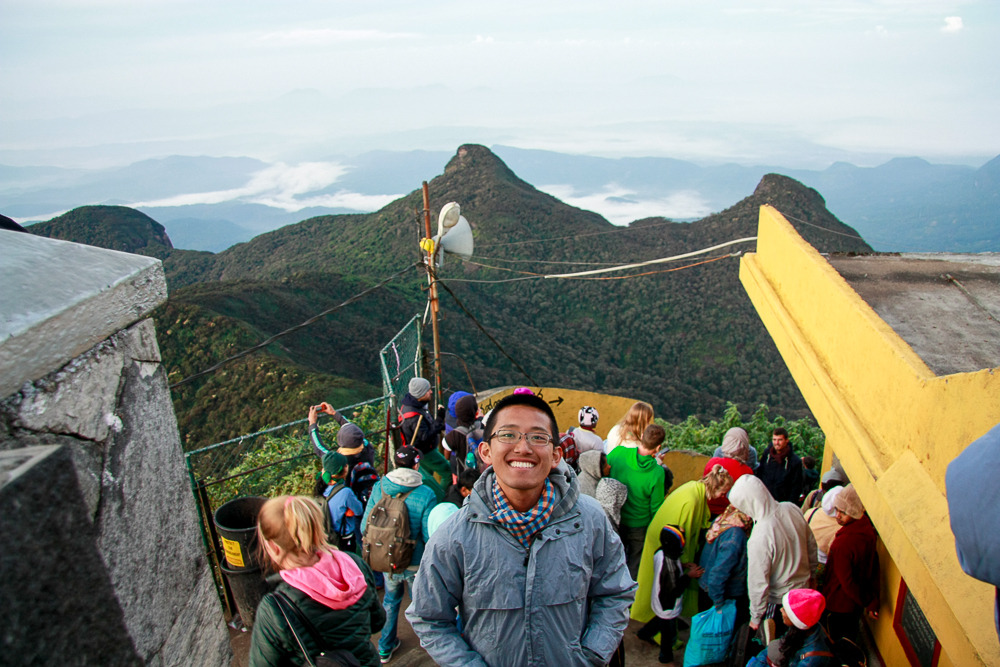 The sunlight revealed the landscape which we had bypassed in darkness, and I was left in awe of the stunning peaks and bodies of water in the distance. I wasn’t able to see the footprint due to the Buddhist procession and crowds surrounding it, but satisfied with the view and the experience, we made our way down (painfully, with legs wobbling), this time able to see the landscape below us the entire way. 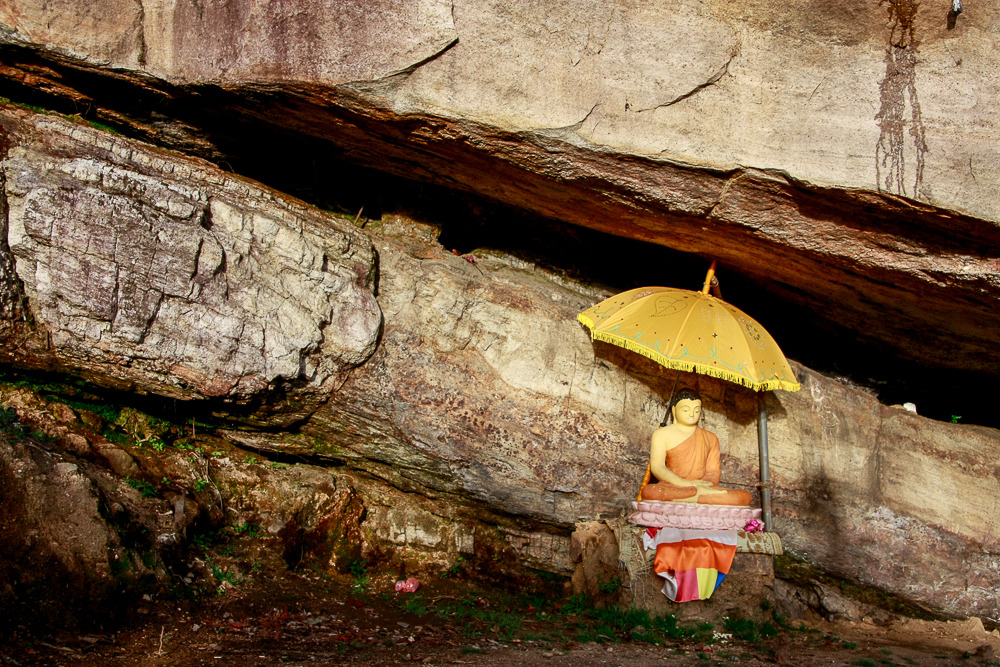 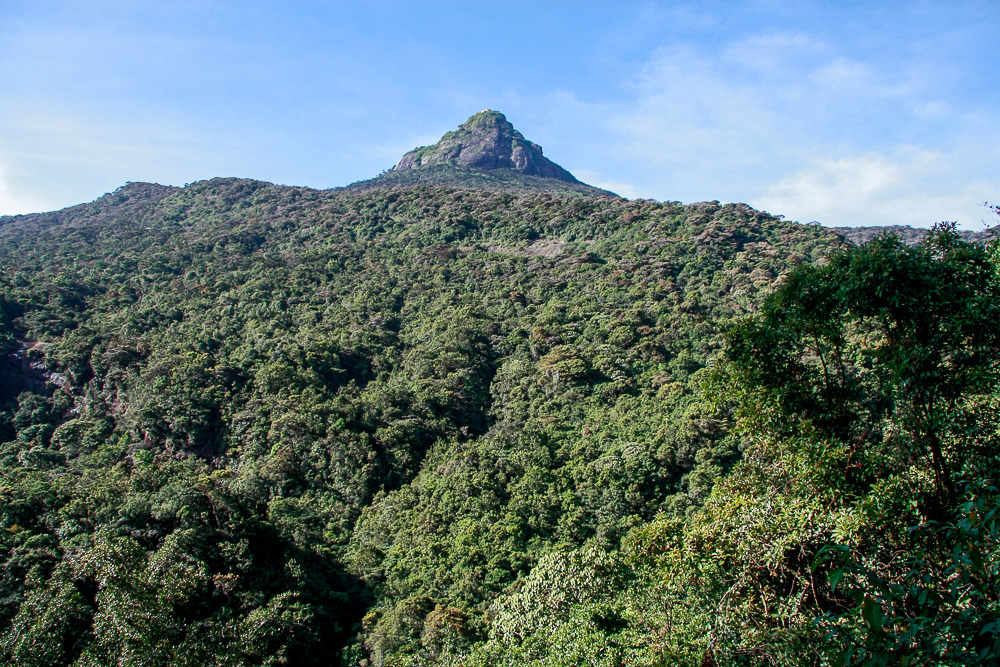